A recently renovated 19th-century cottage, with three bedrooms, two bathrooms and an abundance of folksy charm. The place was originally built in the 1870s. In 2017, it was renovated with a rustic farmhouse theme.

The sellers, a young couple who work in tech, bought the property in 2017 for less than $1 million, and gutted it shortly after taking possession. They spent about $200,000 on renovations that took several months. Most attention was paid to the main floor, where they put $60,000 into modernizing the old galley kitchen. They had originally planned to live in the home for more than two years, but grew tired of renovating and instead bought a new place in Rosedale, where they plan to start a family.

In the front foyer, there’s a wood-burning fireplace: 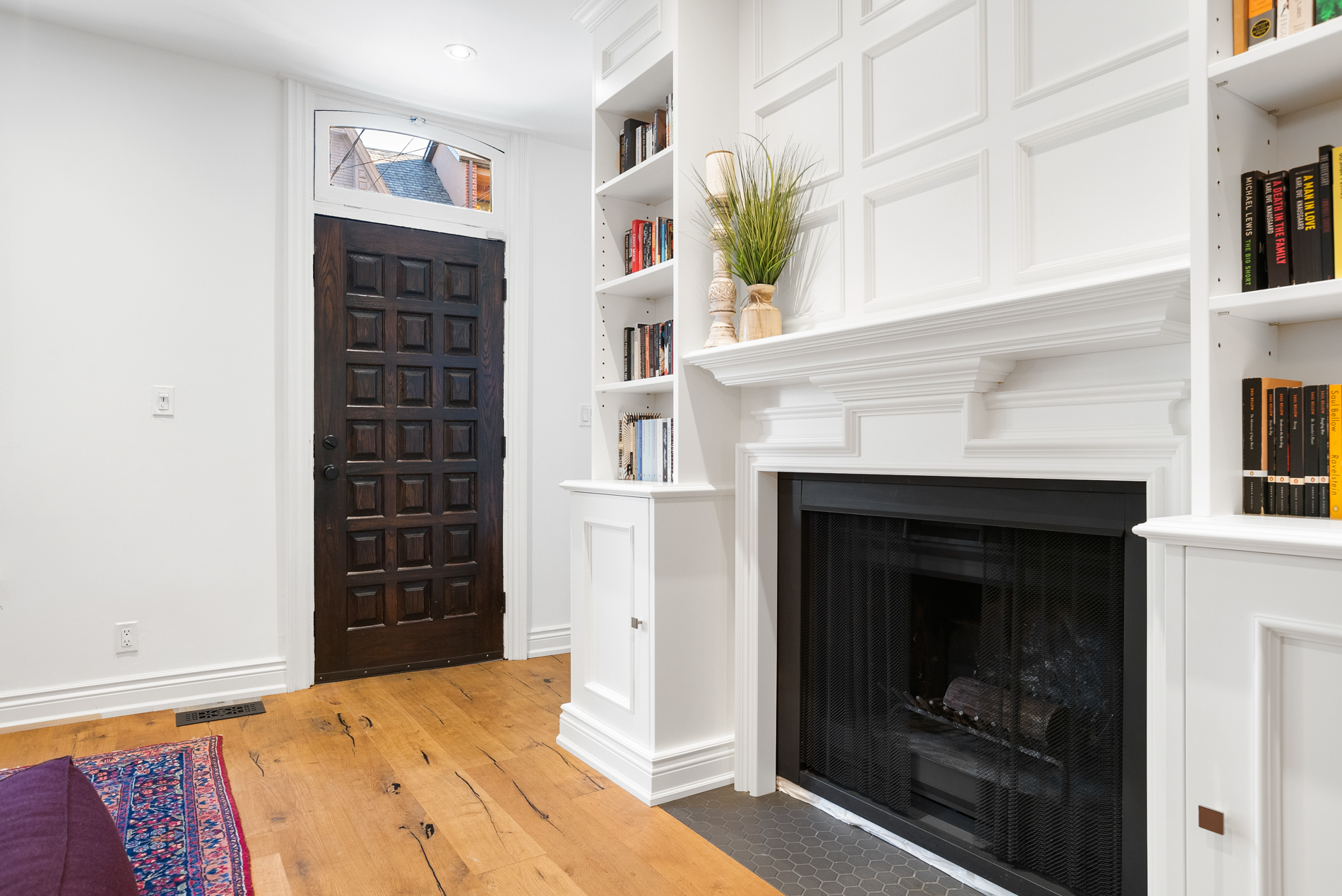 Across the room, a swanky spot to hang out: 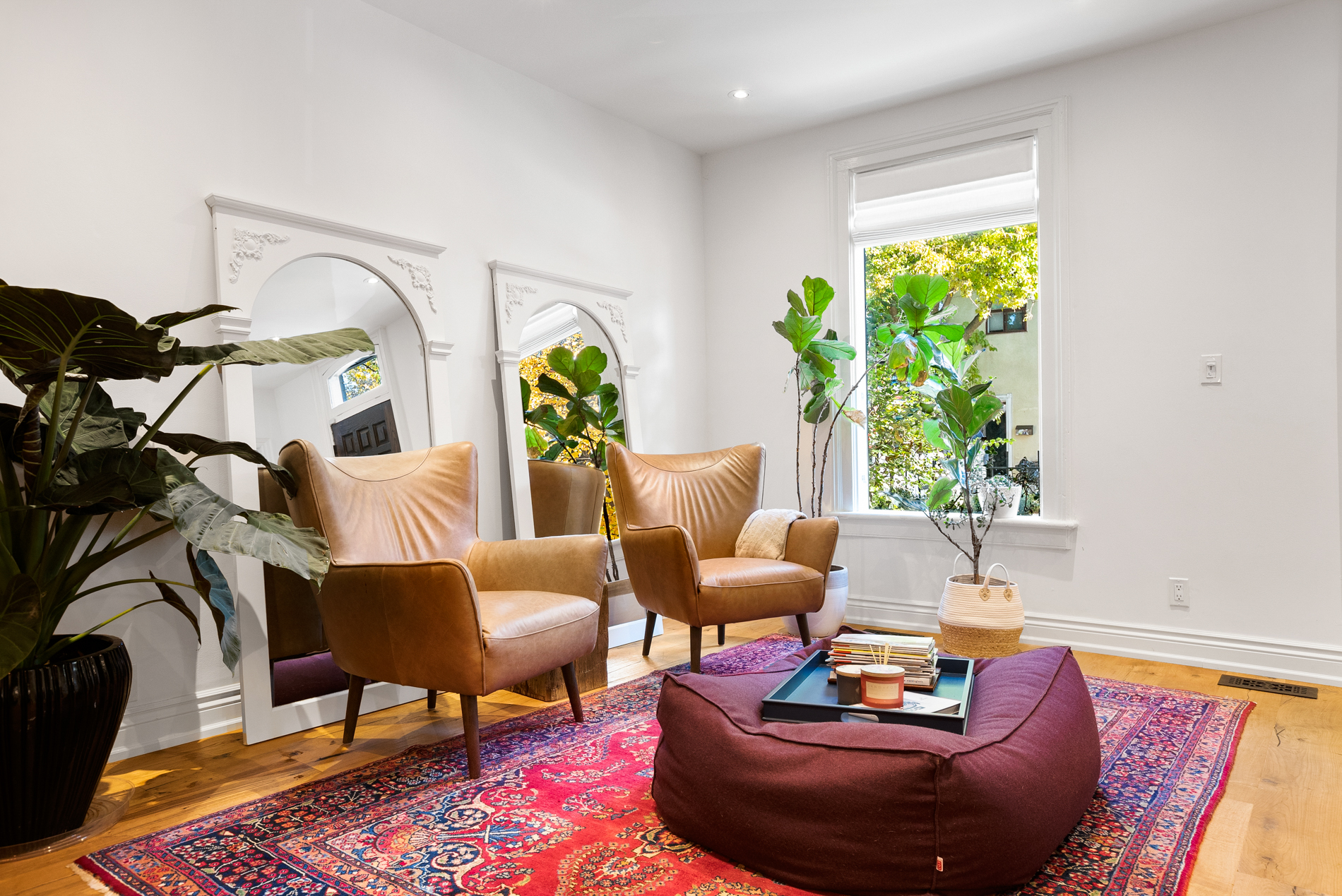 The dining room, which has a big built-in shelving unit: 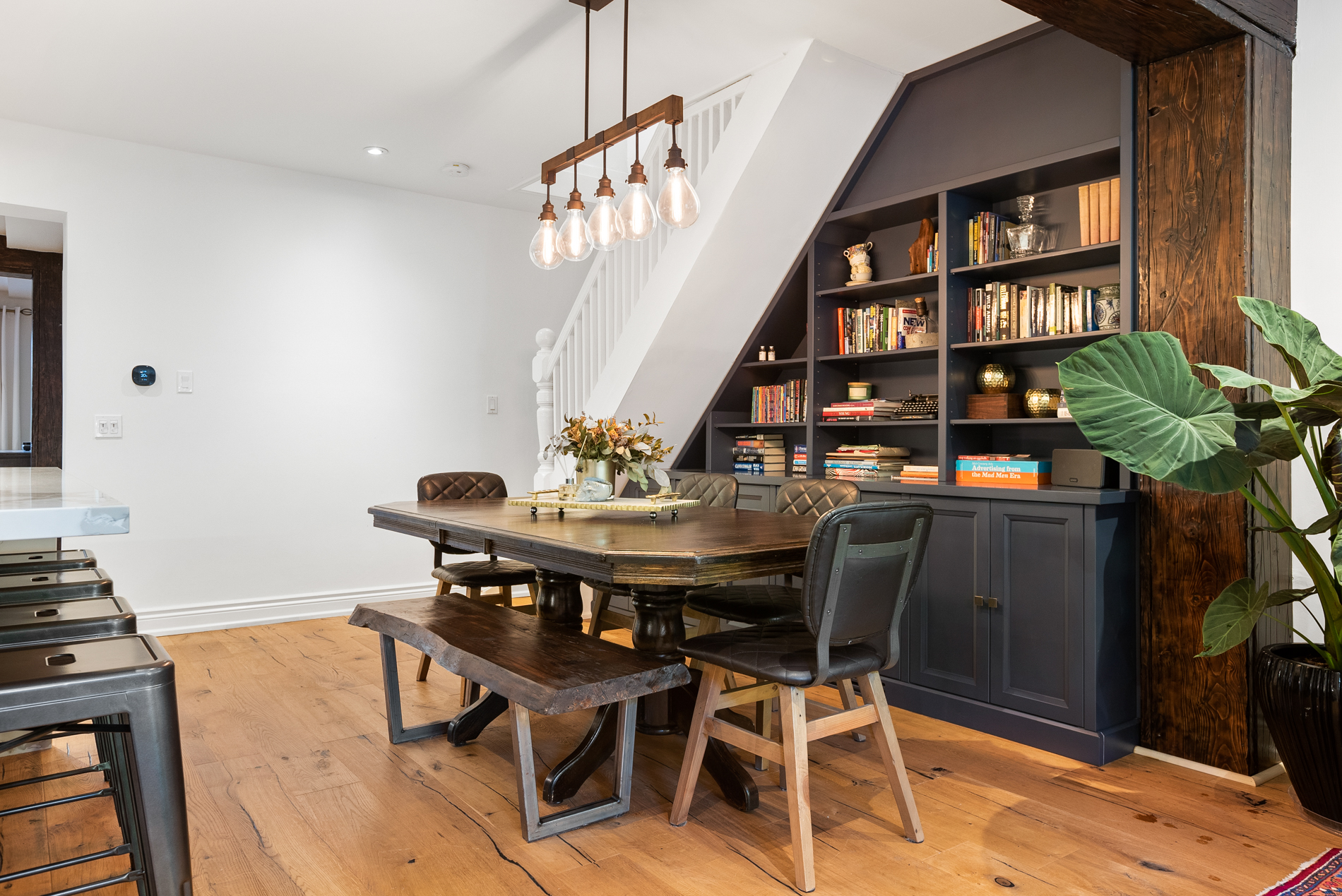 Here’s a wide shot of the main floor. An artist gave those wood beams a vintage look: 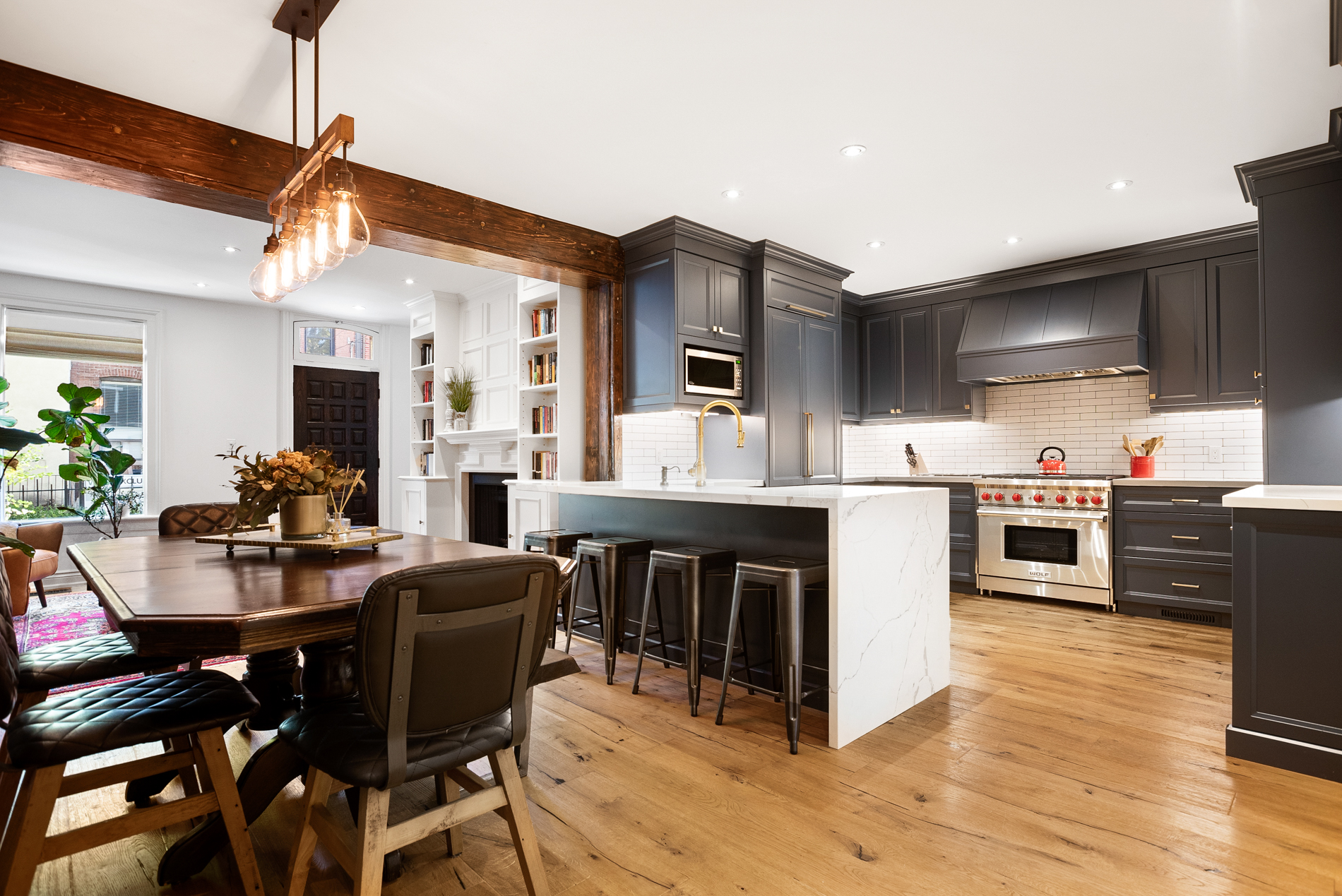 A closer look at the kitchen. It’s got Italian quartz countertops and a 64-bottle wine fridge: 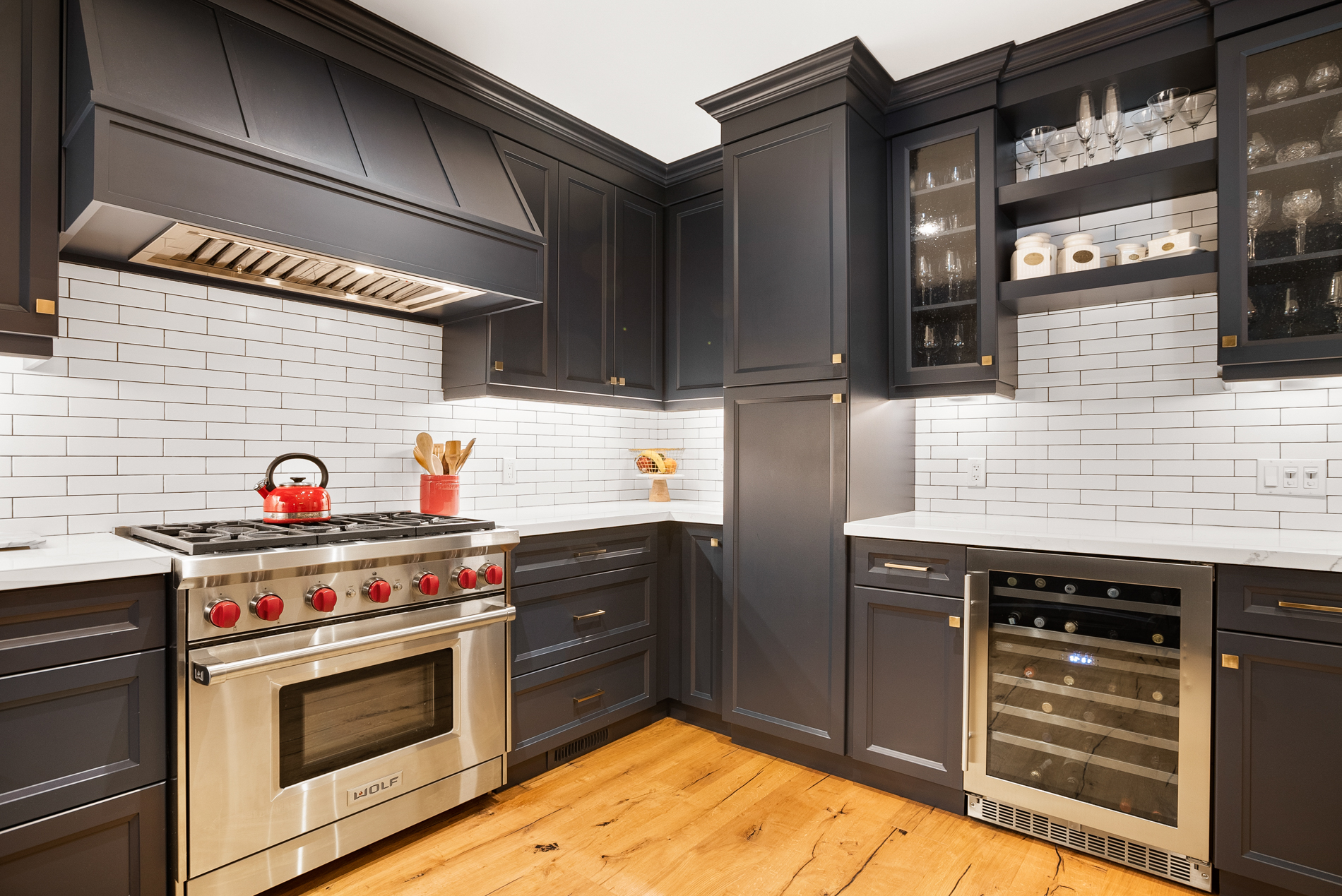 That’s a ceramic sink with a gold pull-down faucet. Then there’s the top-of-the-line built-in fridge: 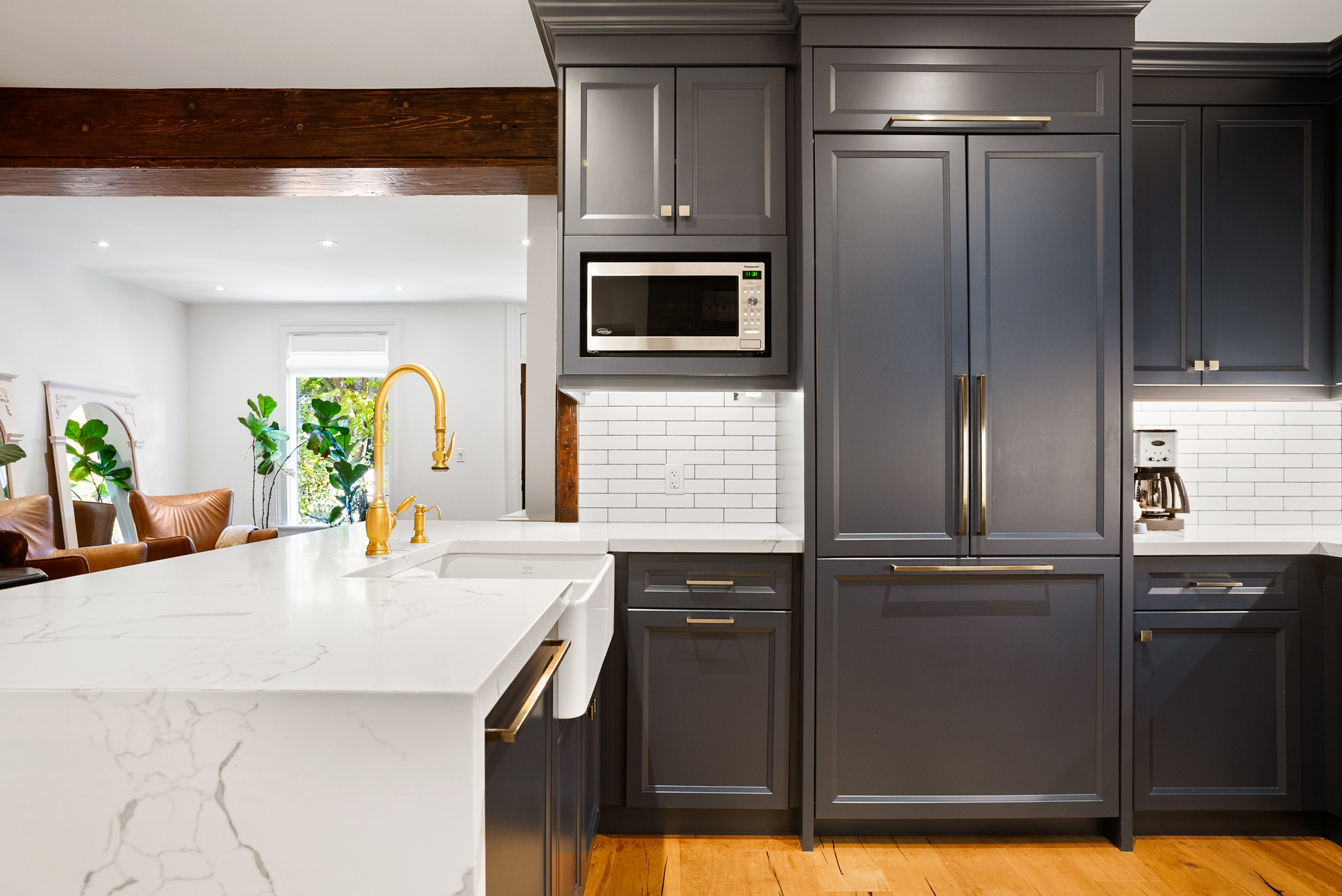 This is the family room. All of the floor panels on the main level are made from white oak: 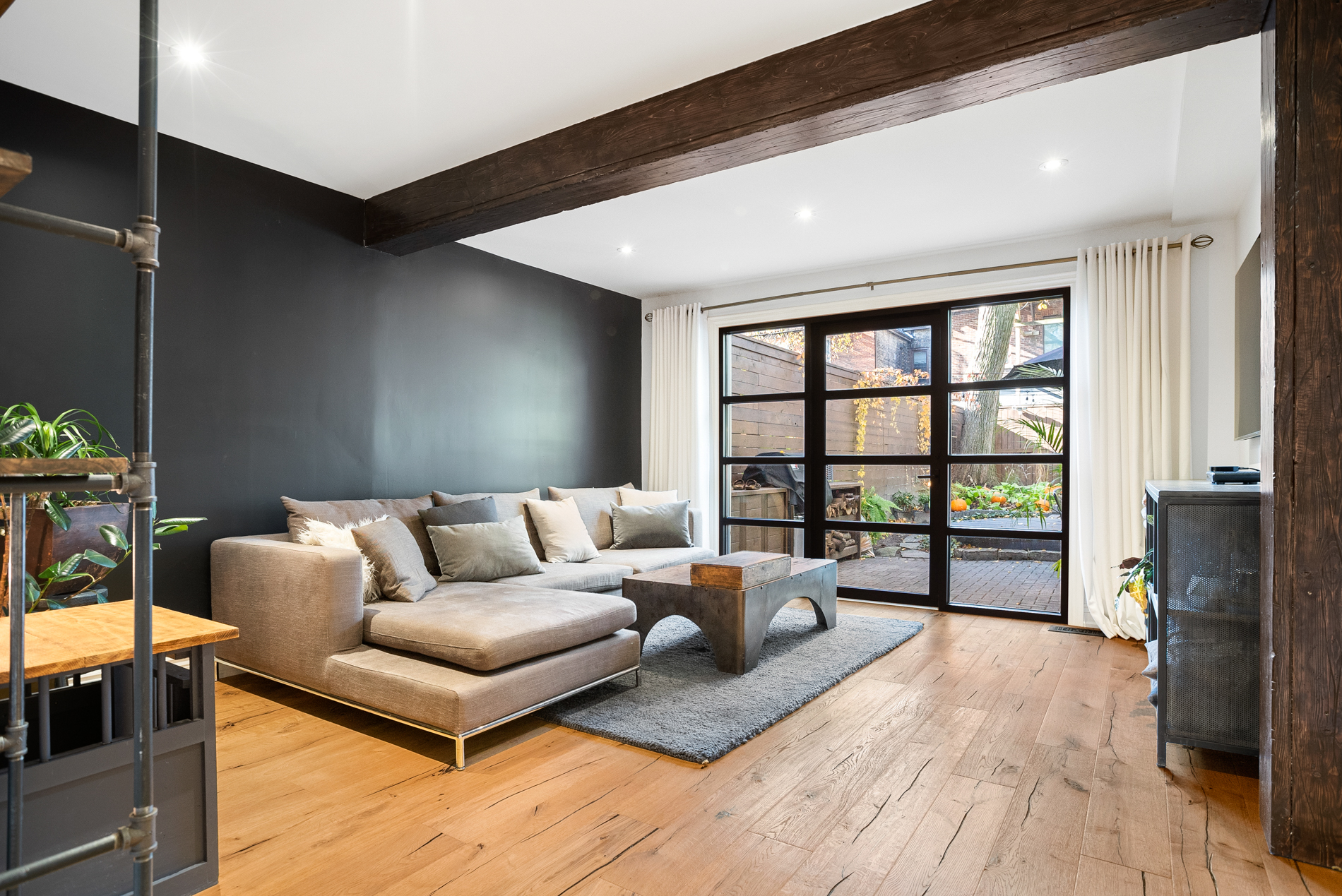 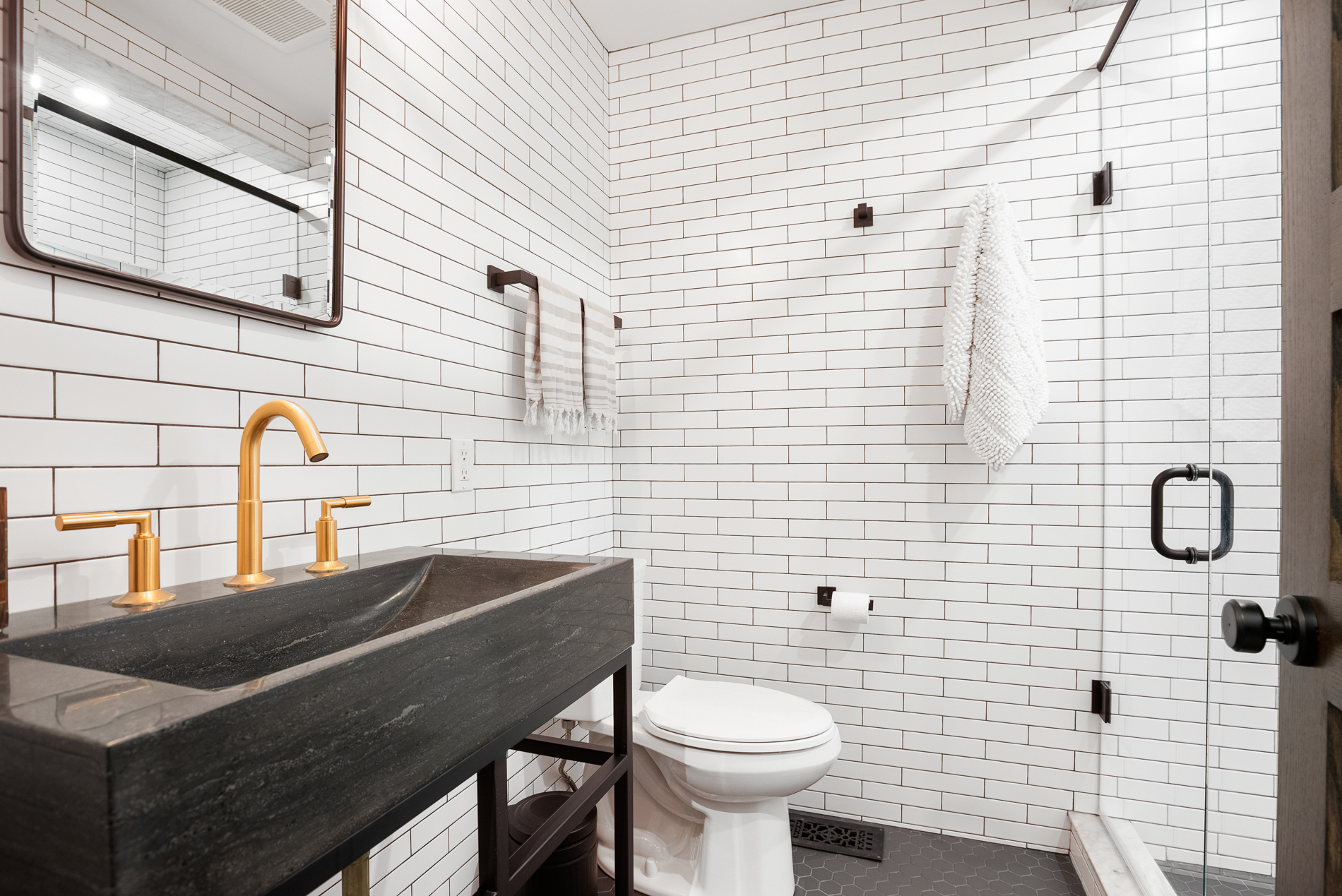 Everyone needs a green office: 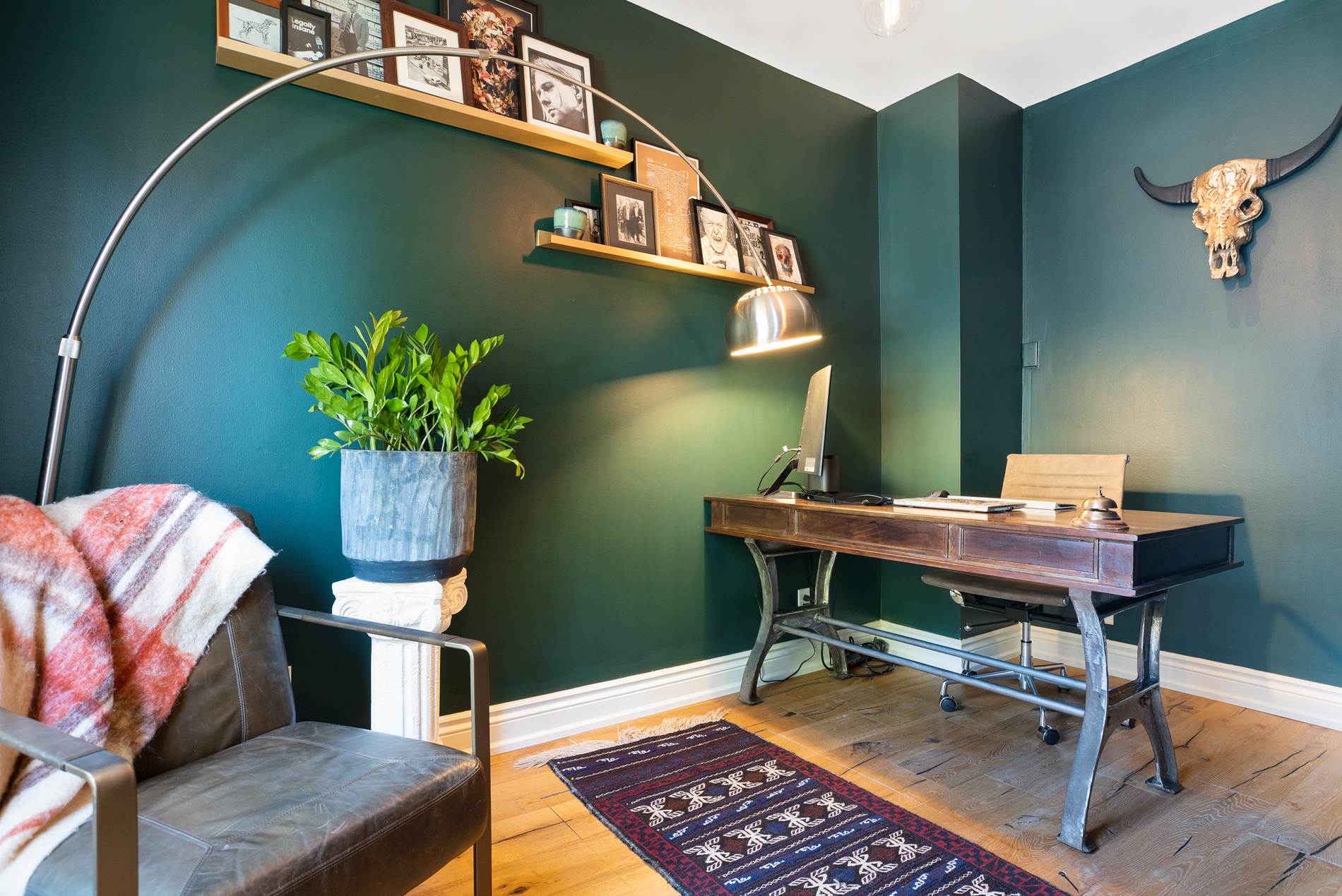 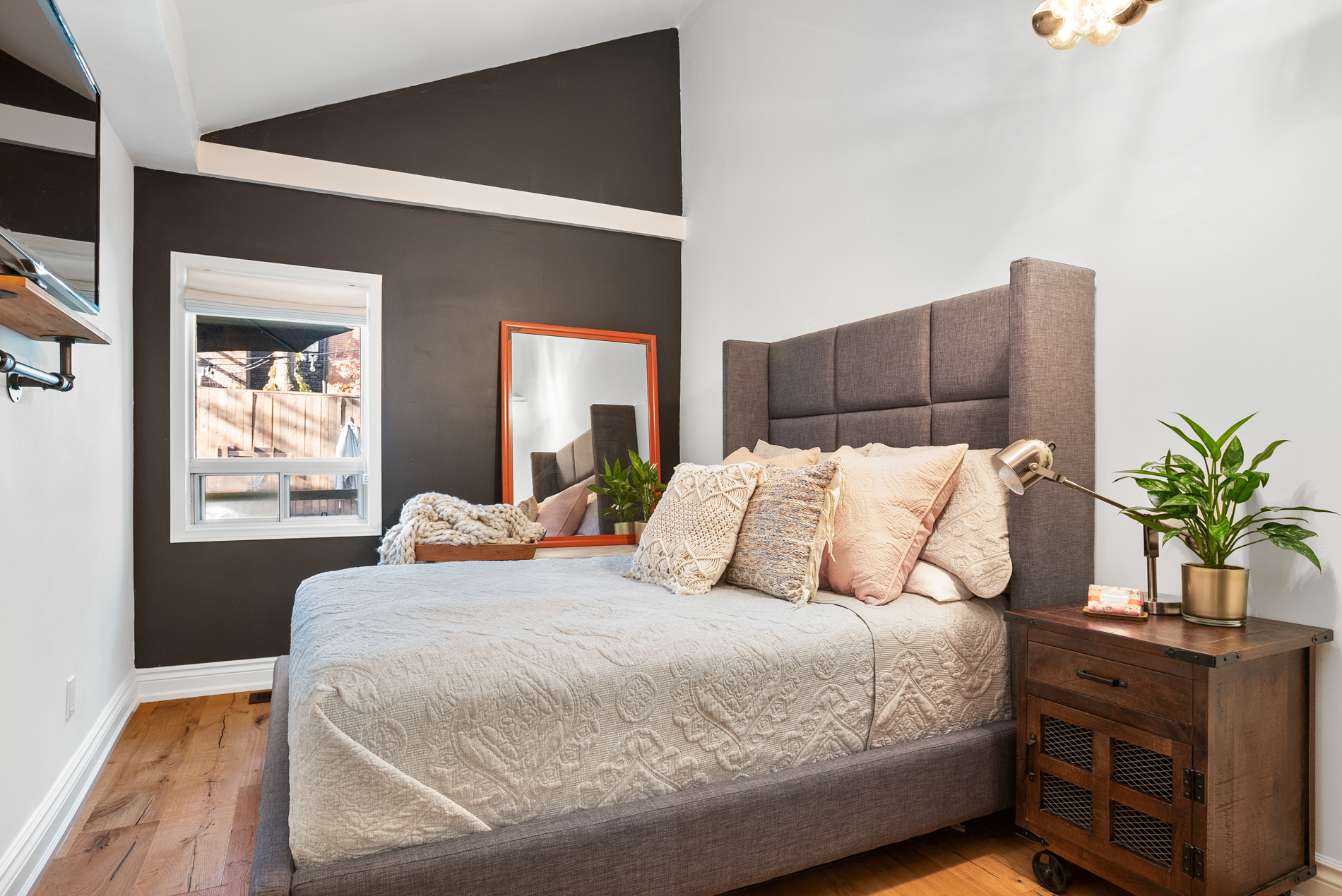 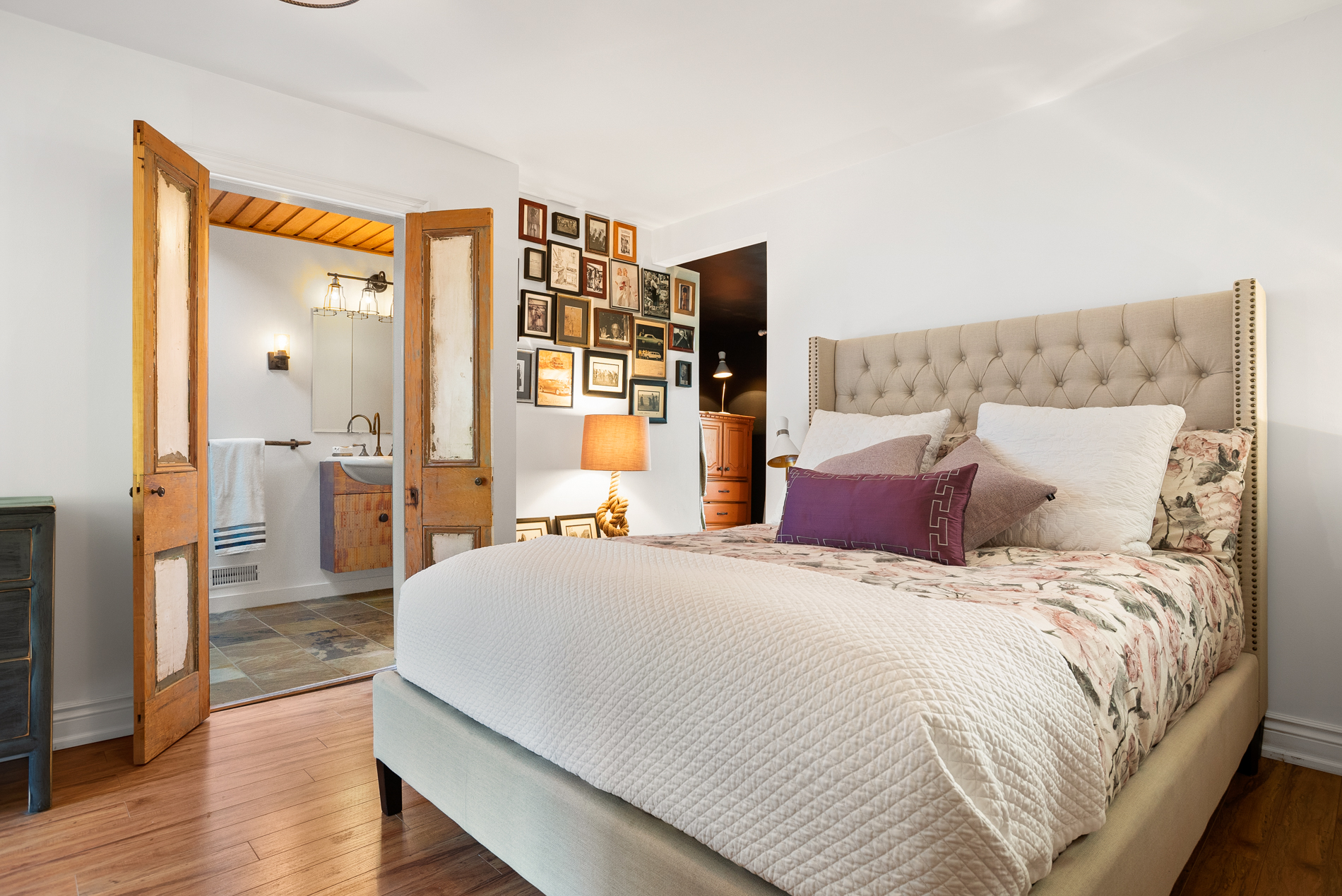 Which has plenty of room to move around: 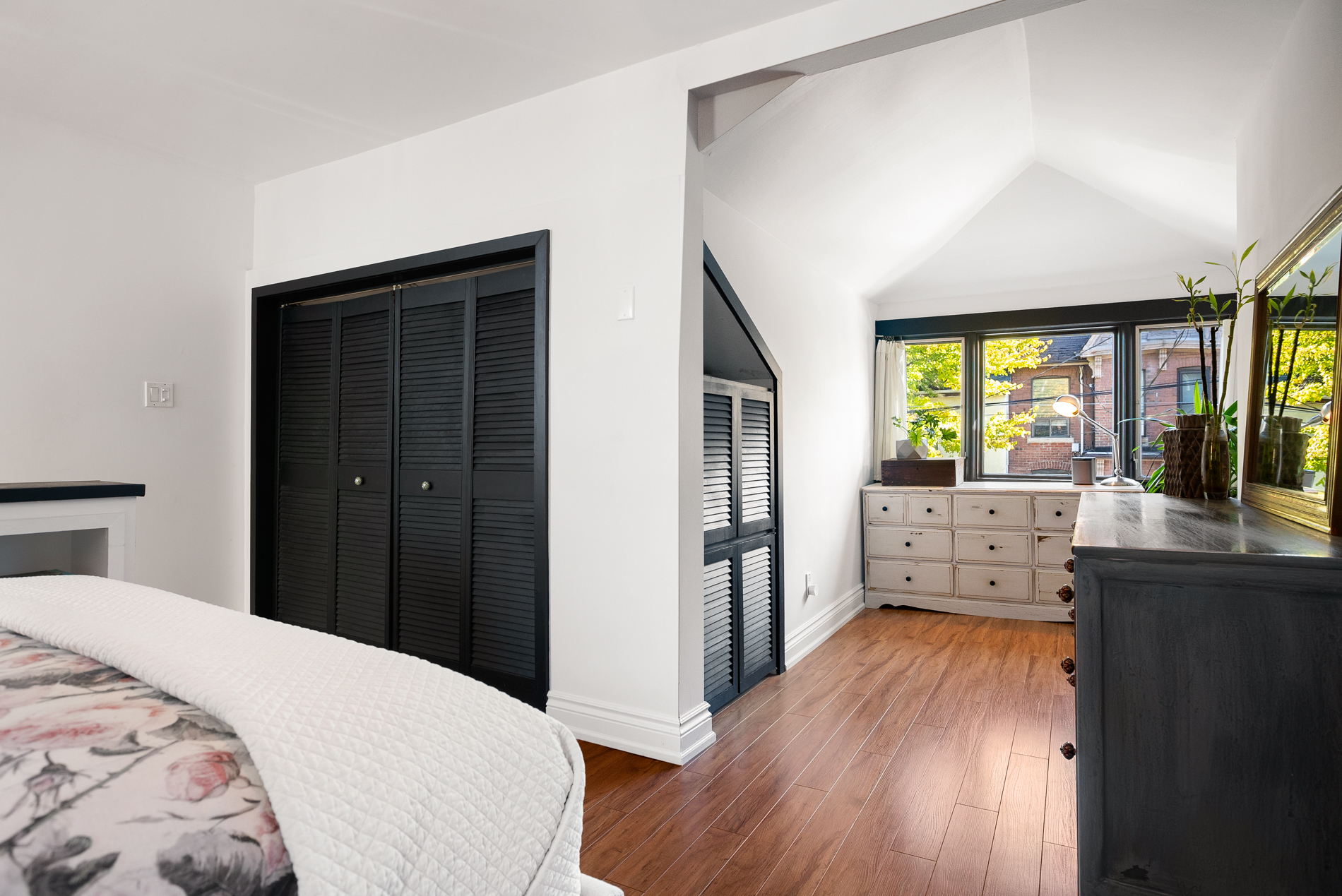 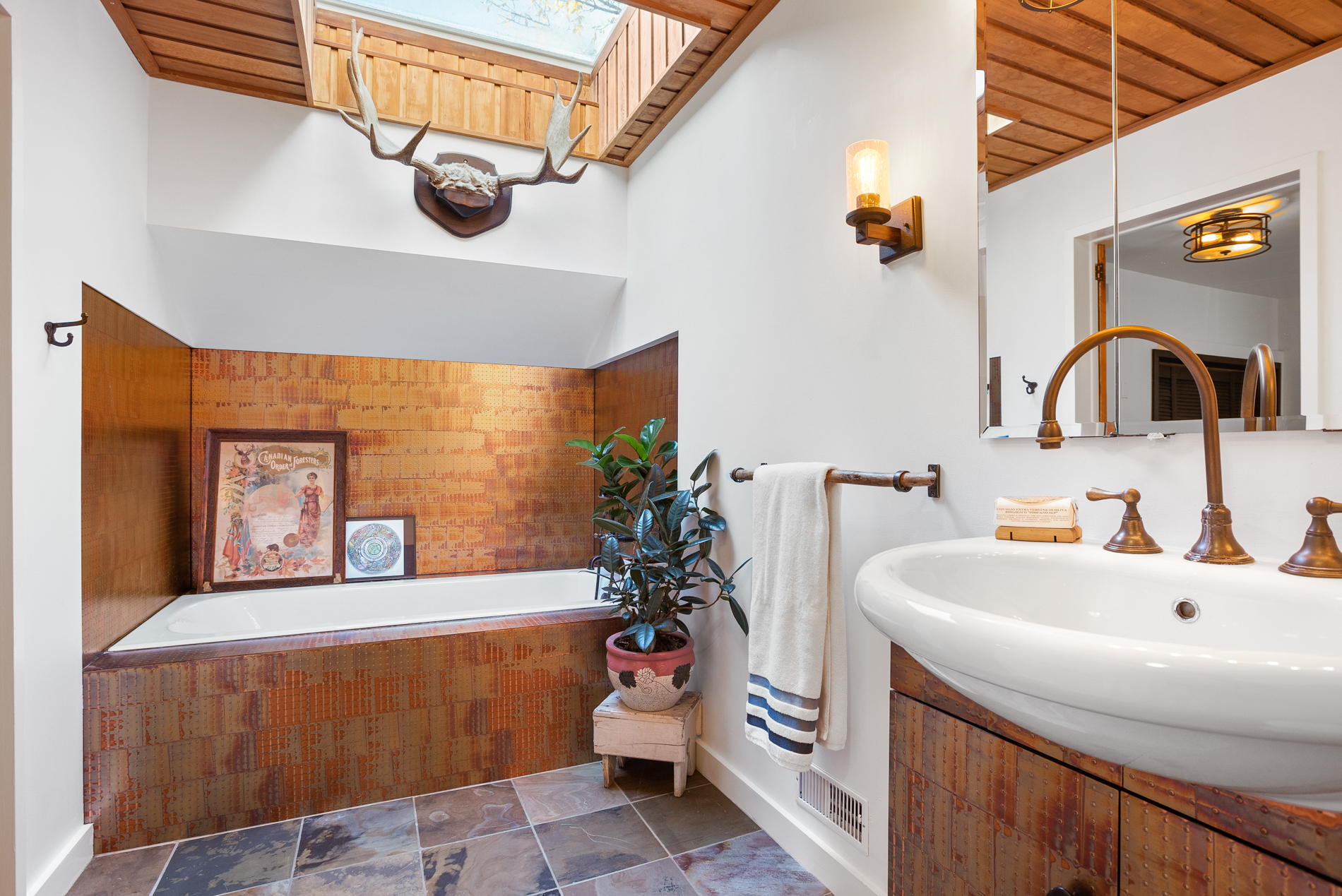 Here’s a different angle. This bathroom also has heated floors: 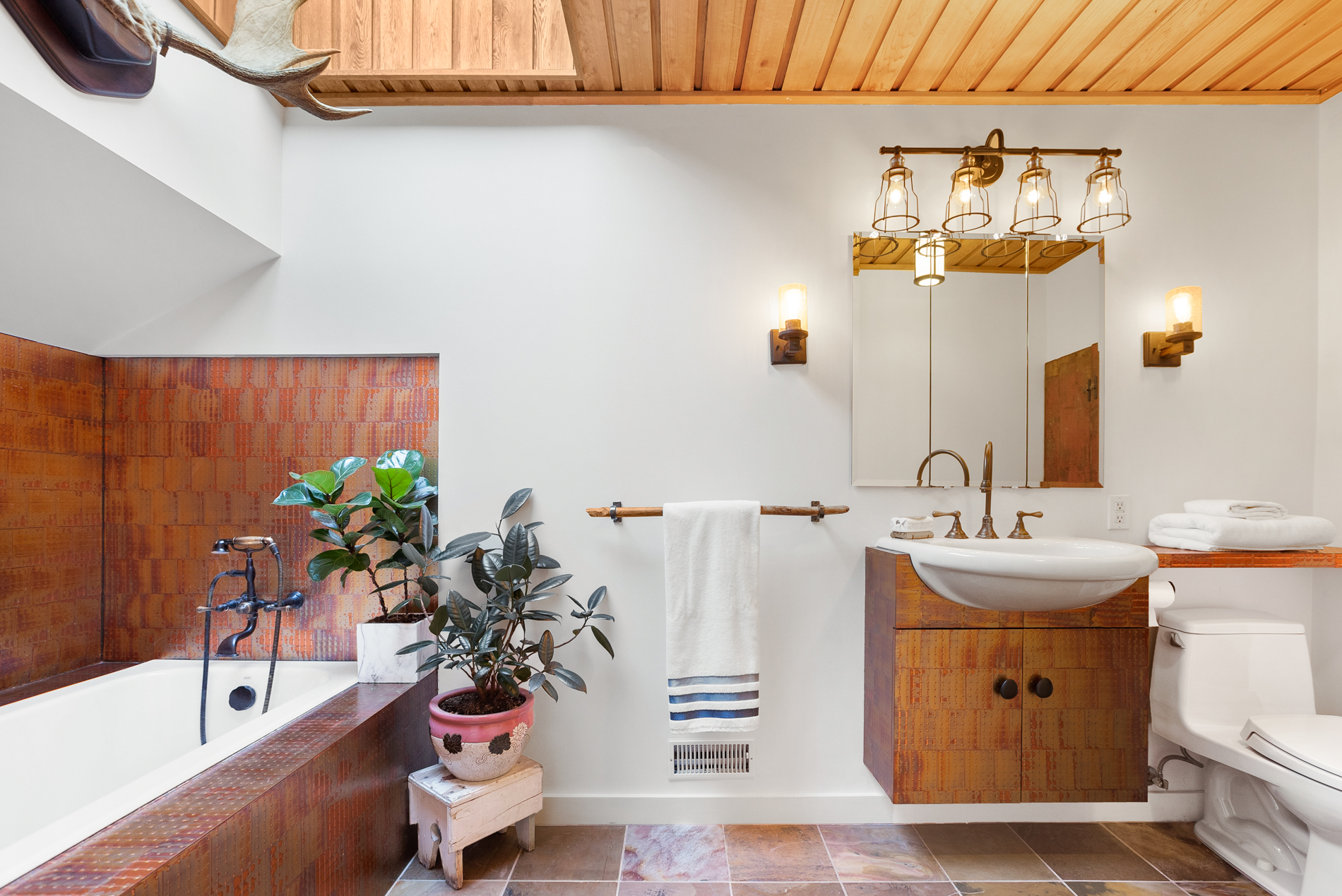 It’s got a skylight, too: 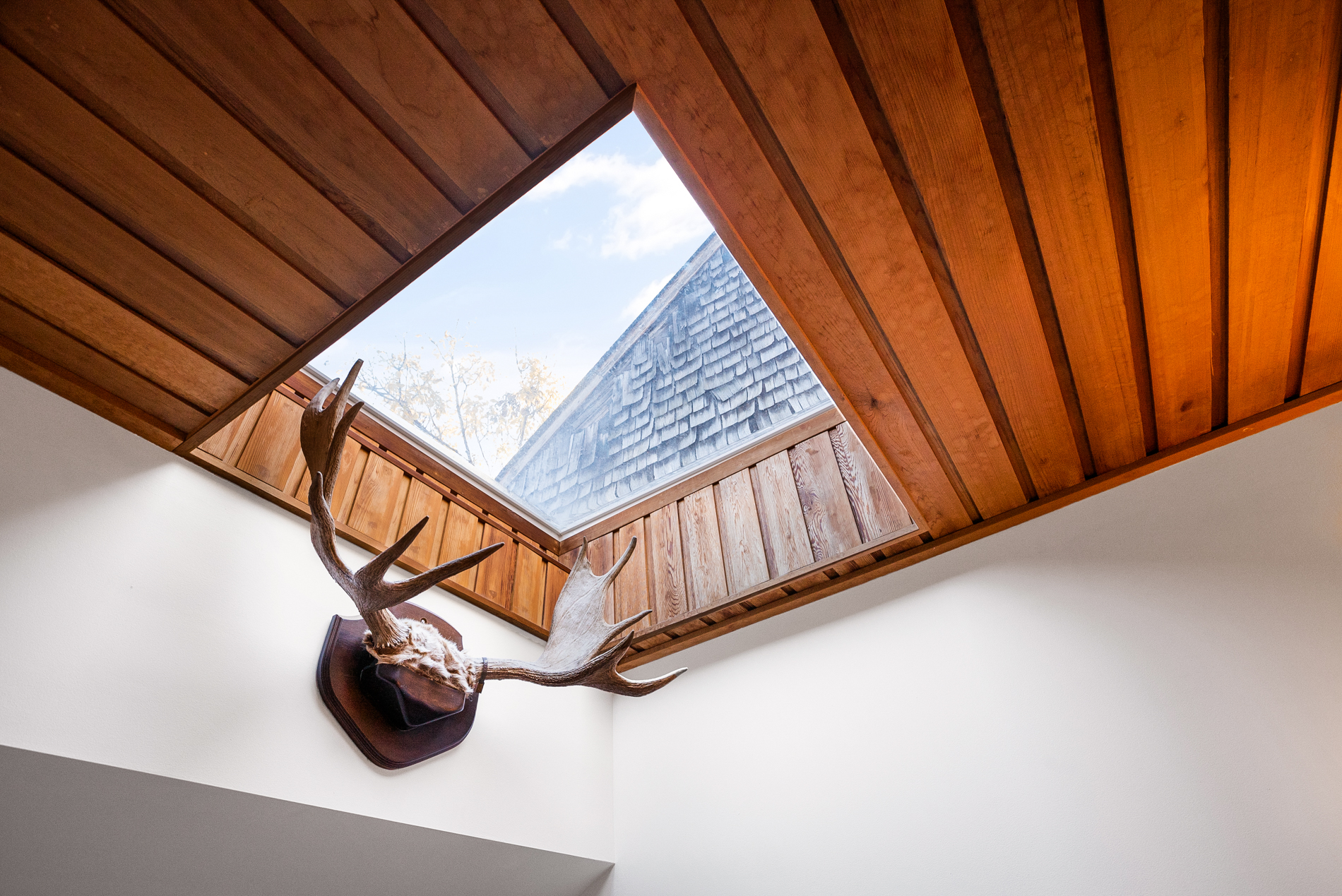 Here’s the masters’ walk-in closet, which connects to a private balcony: 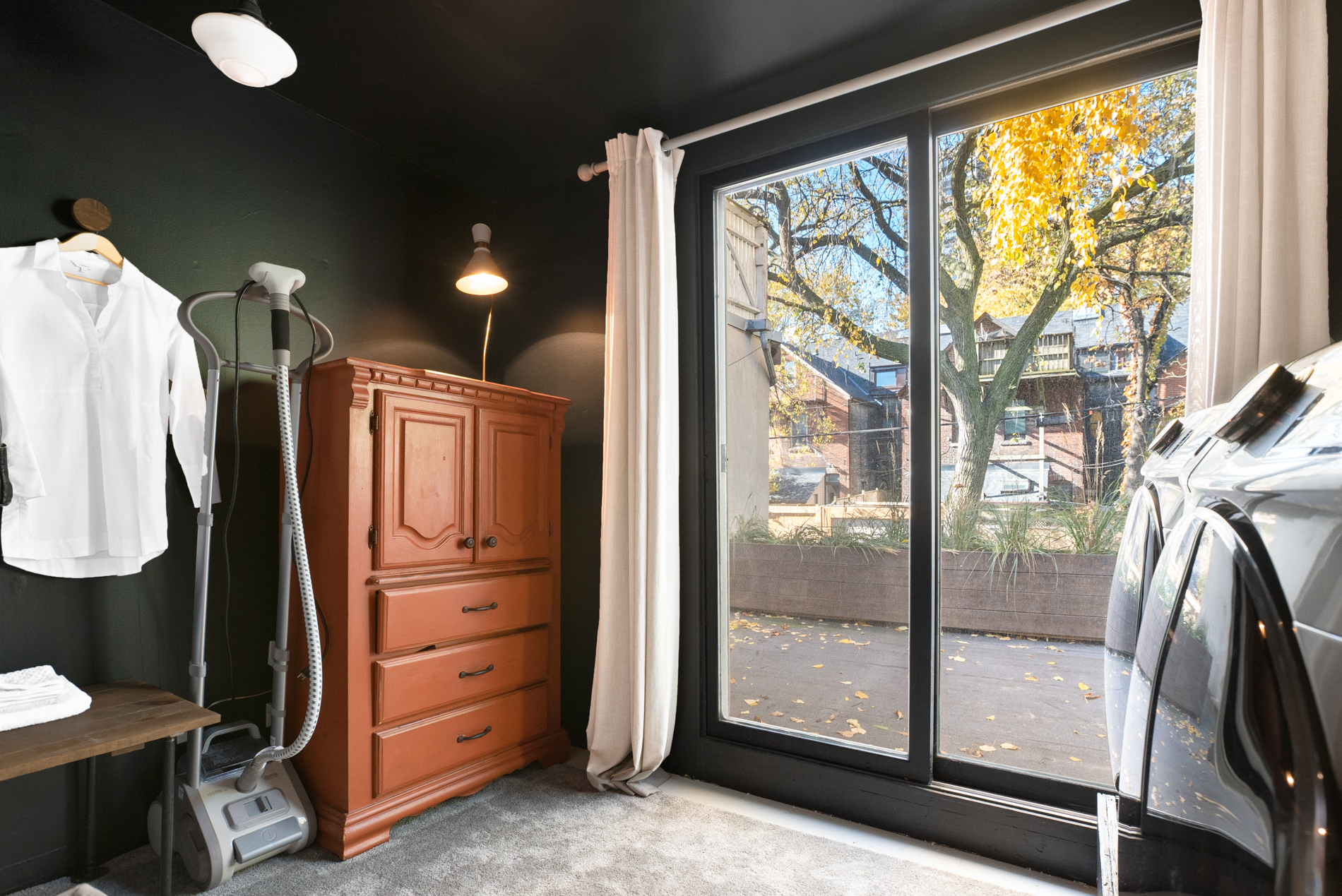 It might need some patio furniture, but imagine the possibilities: 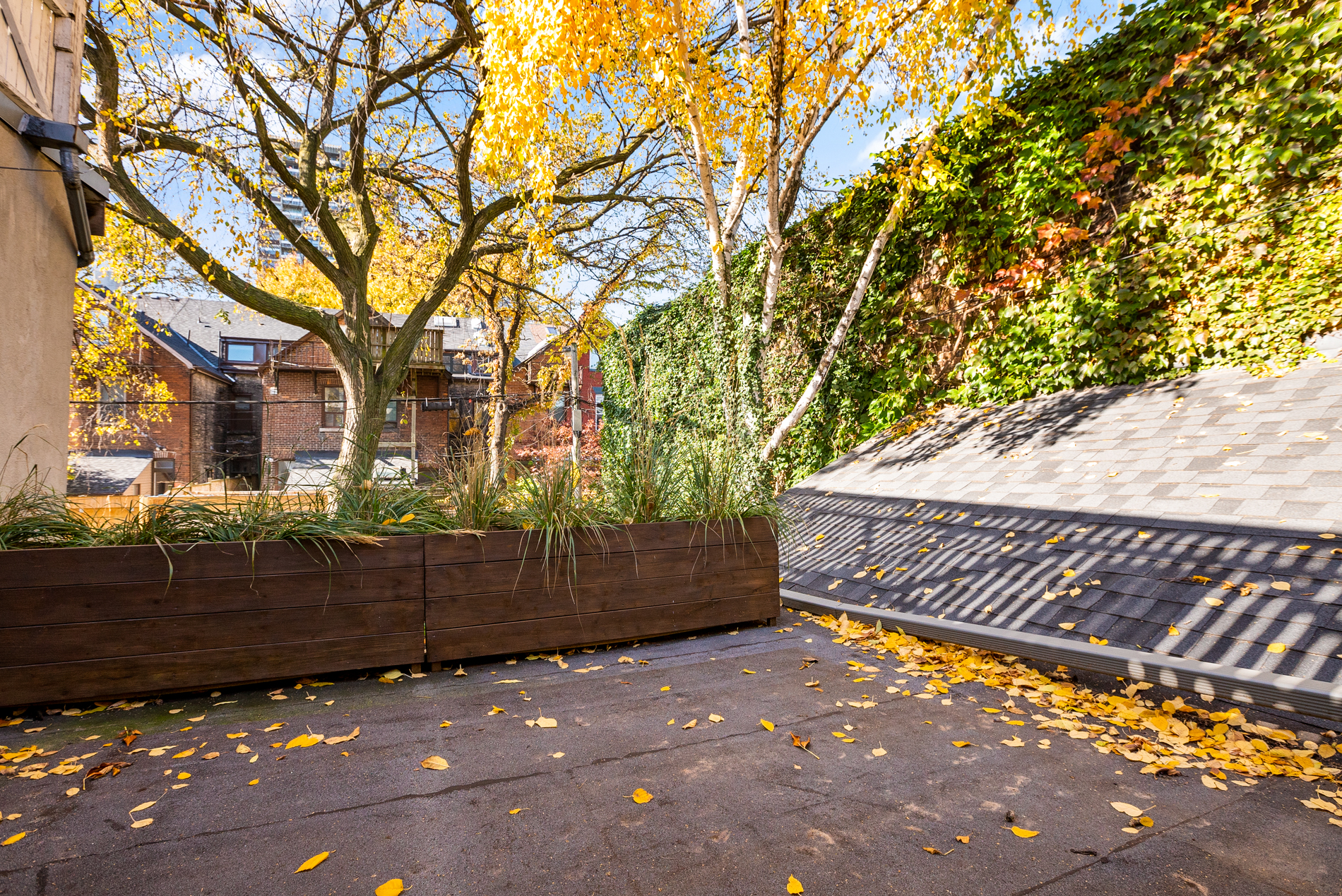 The backyard is big. Notice the custom-built planter box on the upper balcony: 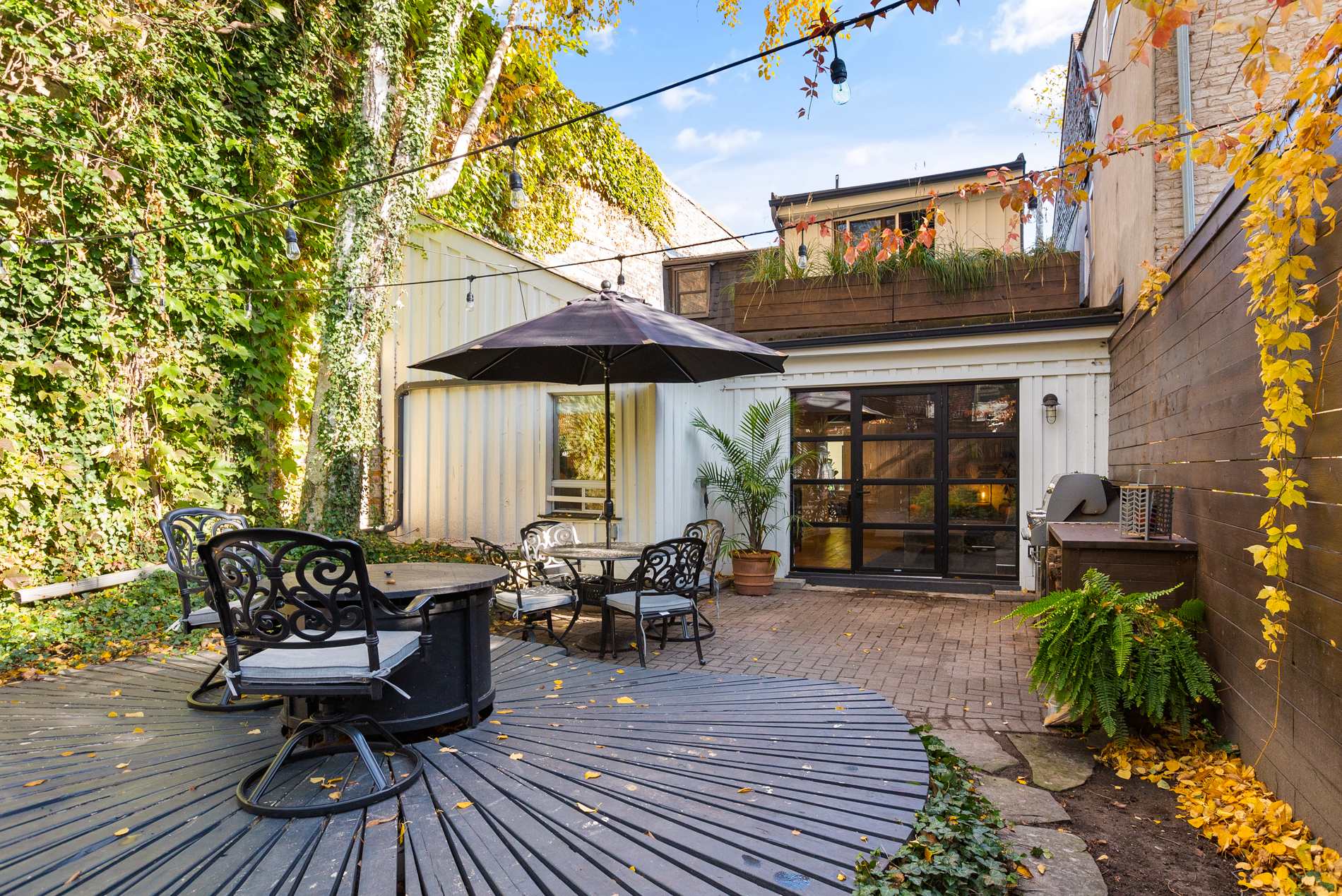 The buyer is a young sports and media executive who’s upsizing from a condo.

The sellers’ agent expected the home to sell for more than $1.3 million, but was concerned about pricing it too high in a neighbourhood where some properties still sell for under $1 million. So, the sellers decided to underprice the home and let the market dictate its value. In the first week, the strategy garnered three bully offers that had unfavourable terms. Then, after two weekends of open houses, they received five offers, including one from an earlier bully bidder. The sellers told three of those prospective buyers to come back with a better price, and accepted the highest for $191,000 over asking.