Sale of the Week: $1.4 million for a Junction semi that got a splash of colour from a couple of music teachers

Sale of the Week: $1.4 million for a Junction semi that got a splash of colour from a couple of music teachers

A 1,600-square-foot semi near Dundas and Keele. This three-bed, three-bath home has a traditional Victorian façade and a colourful modern interior.

This house was built in the 1880s. In late 2013, a couple of young music teachers bought it for $639,000. At the time, the interior was old-fashioned, with grey walls, brown kitchen tile and French doors on the main floor. The teachers wanted to refurbish the interior and liven it up with a splash of colour. Thus began a seven-year reno that cost an estimated $250,000. They hired contractors to build a powder room, replace the furnace and air conditioning, install new floors throughout, dig out the basement and completely overhaul the main level. Along the way, the teachers had two children and gave the 19th-century Victorian a whimsical makeover.

The living room has maple floors and nearly 10-foot ceilings. That wood-burning stove is from Danish manufacturer Morsø: 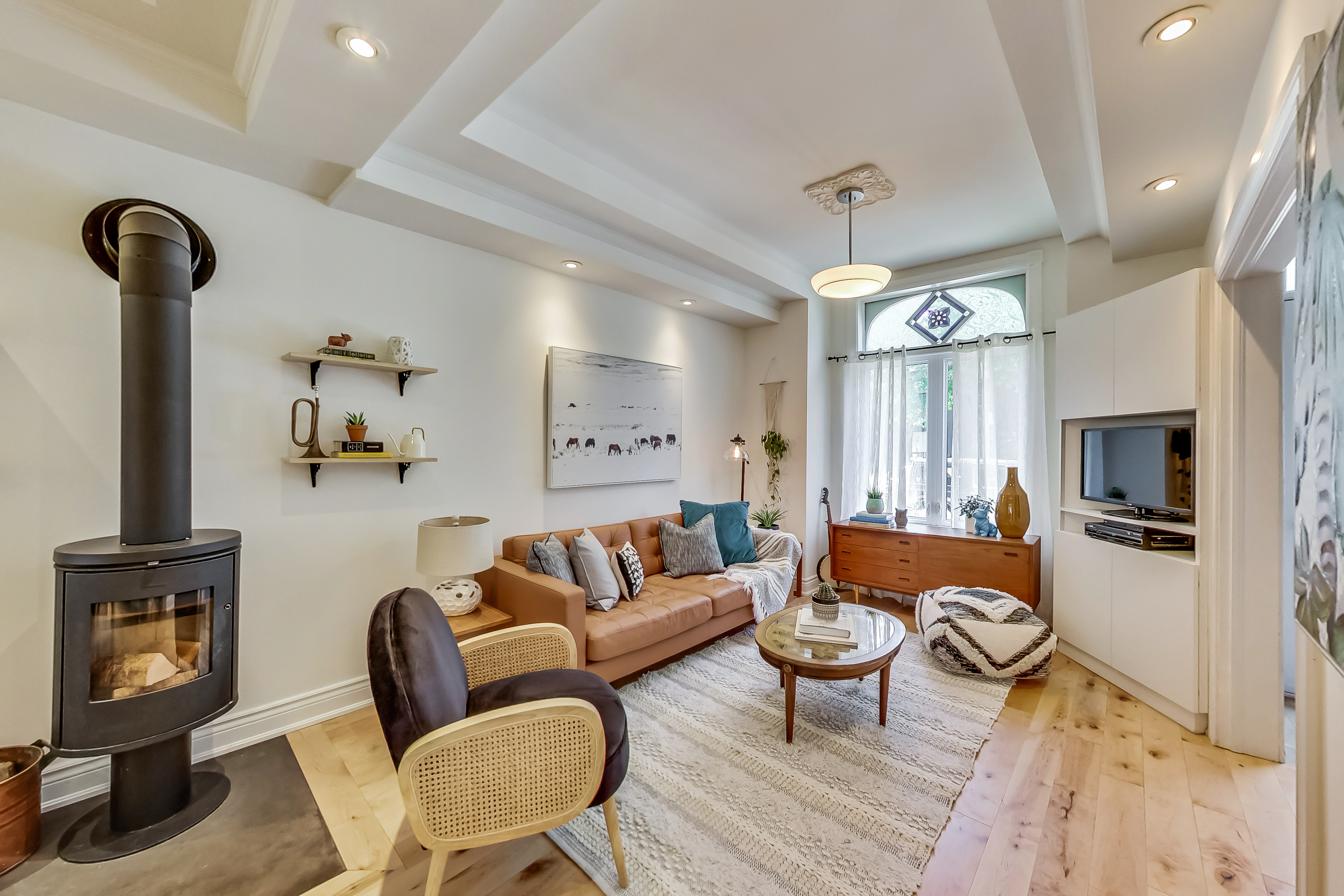 During the reno, the sellers removed the French doors that previously separated the living room and dining room, creating a 275-square-foot living space. They ordered that piano from a salvager in Barrie for $500, then sanded it and painted it turquoise: 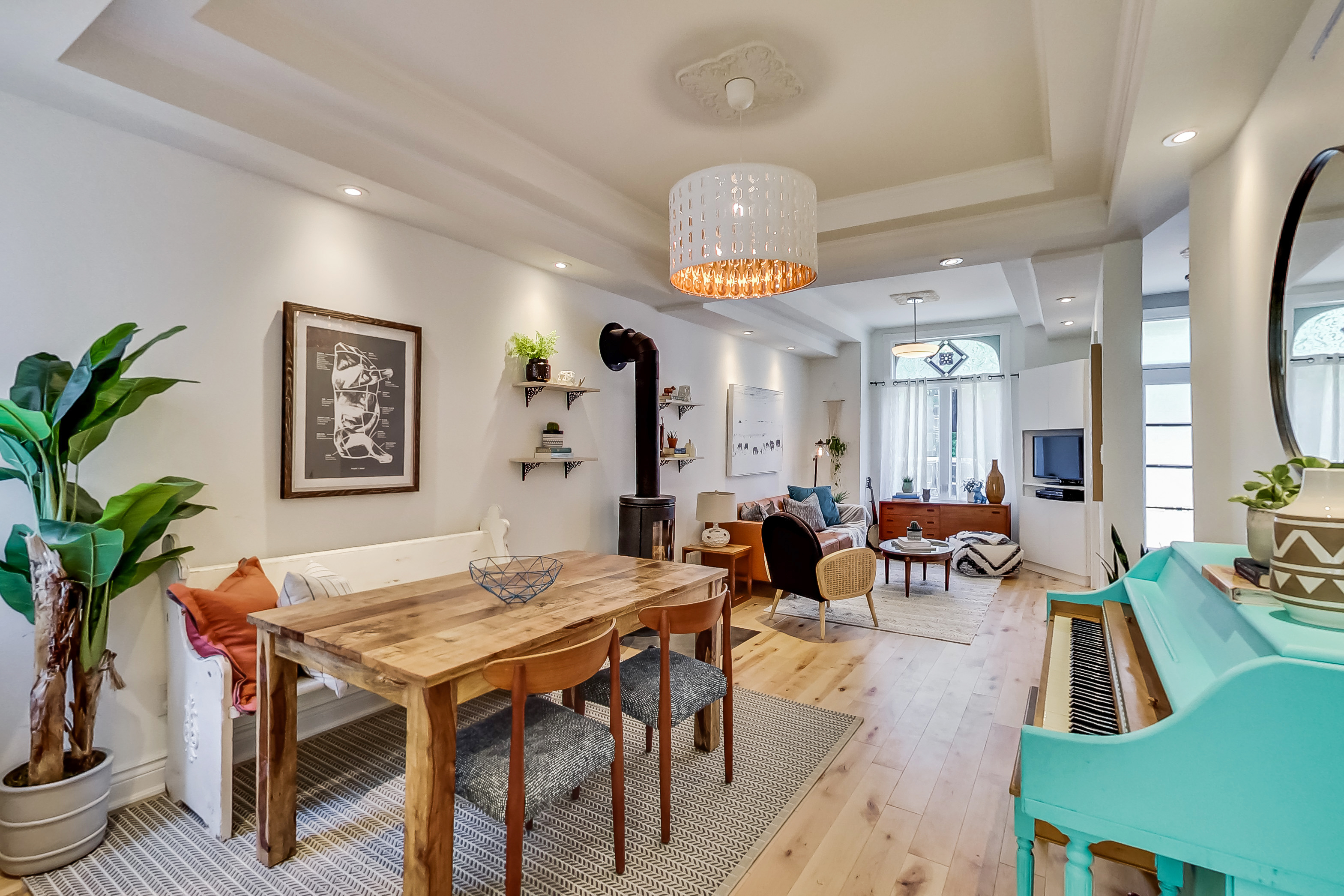 There are butcher-block countertops in the kitchen. The sellers chose that colour for the backsplash because it matched the piano: 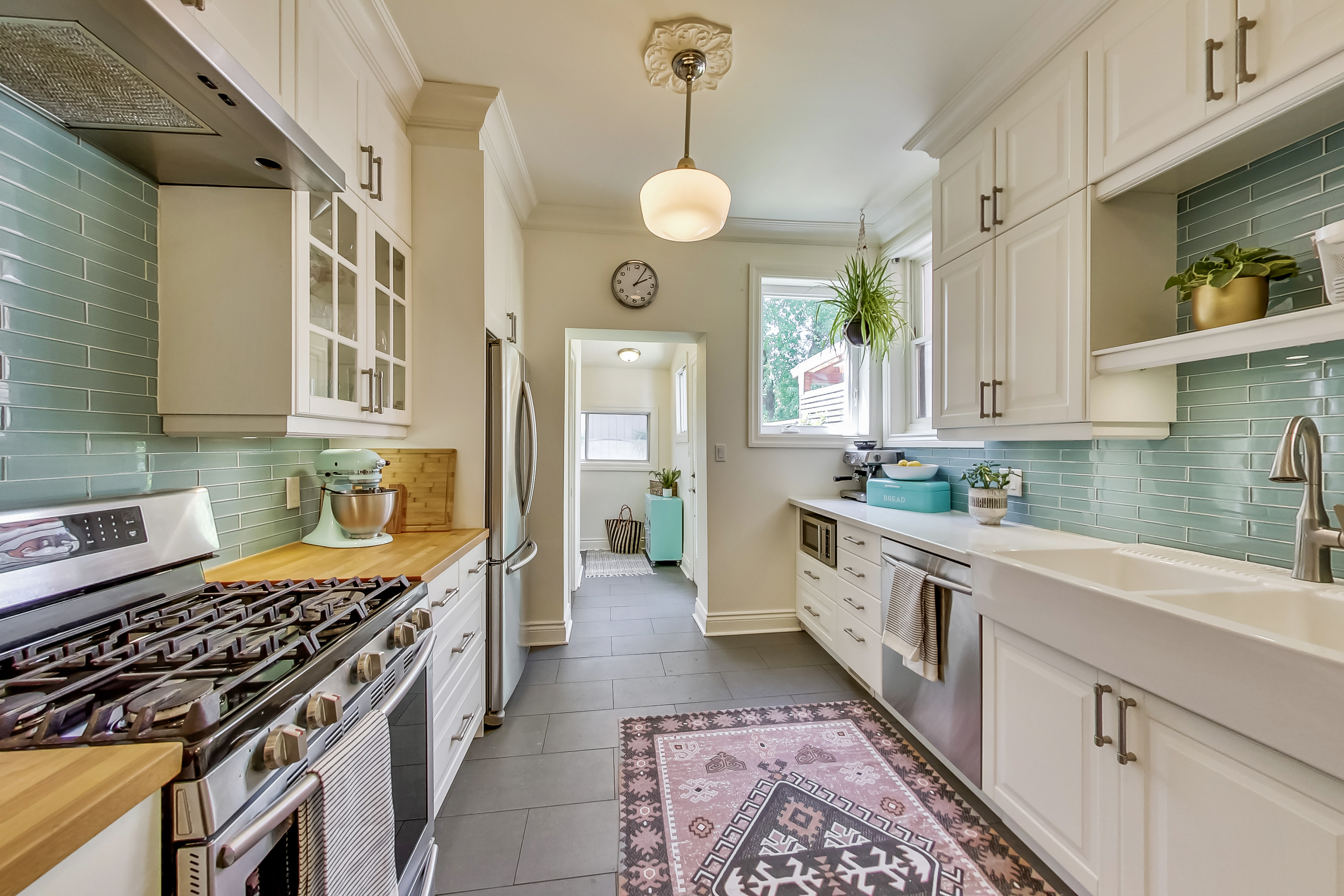 The powder room has heated porcelain floors and floral wallpaper from Benjamin Moore: 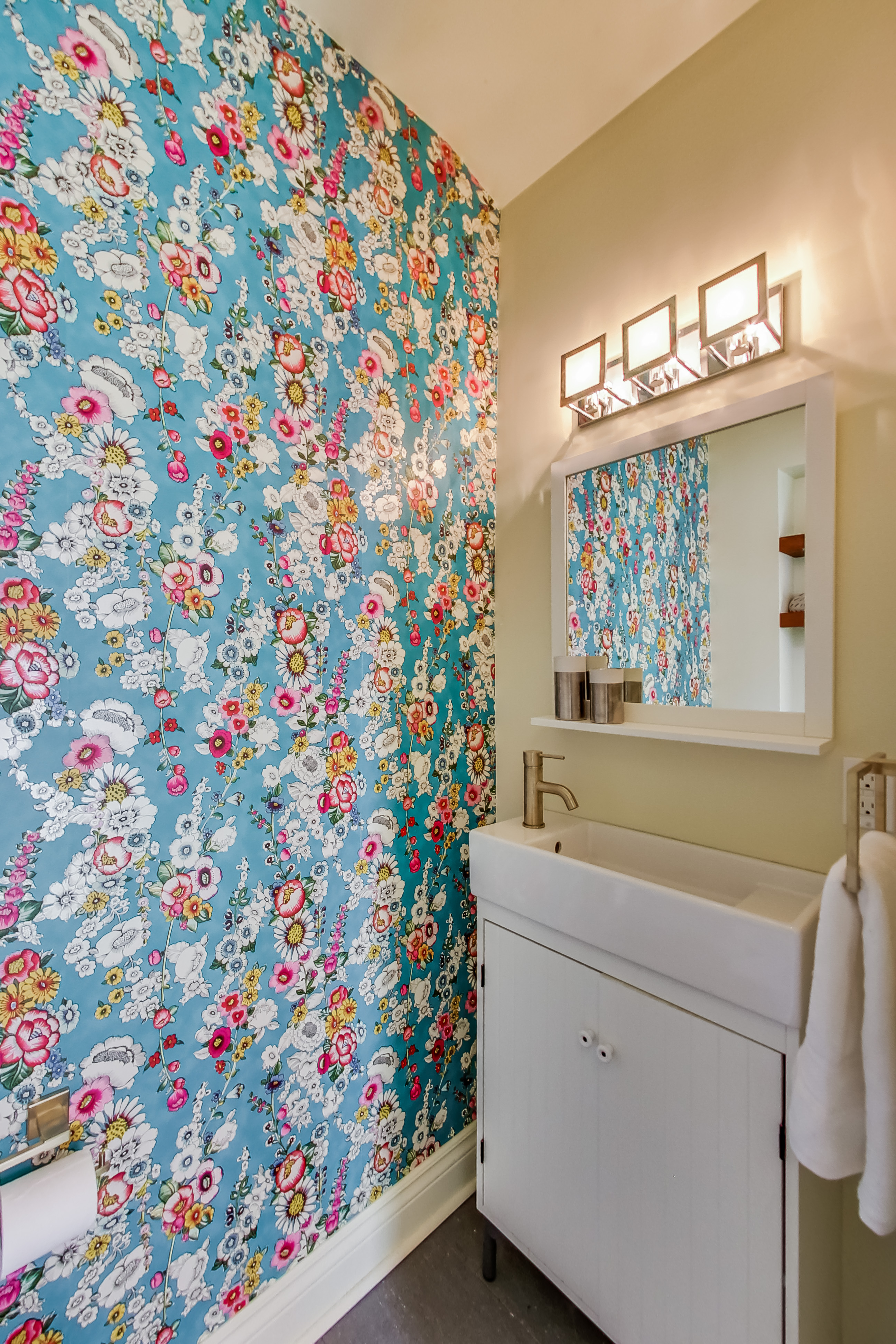 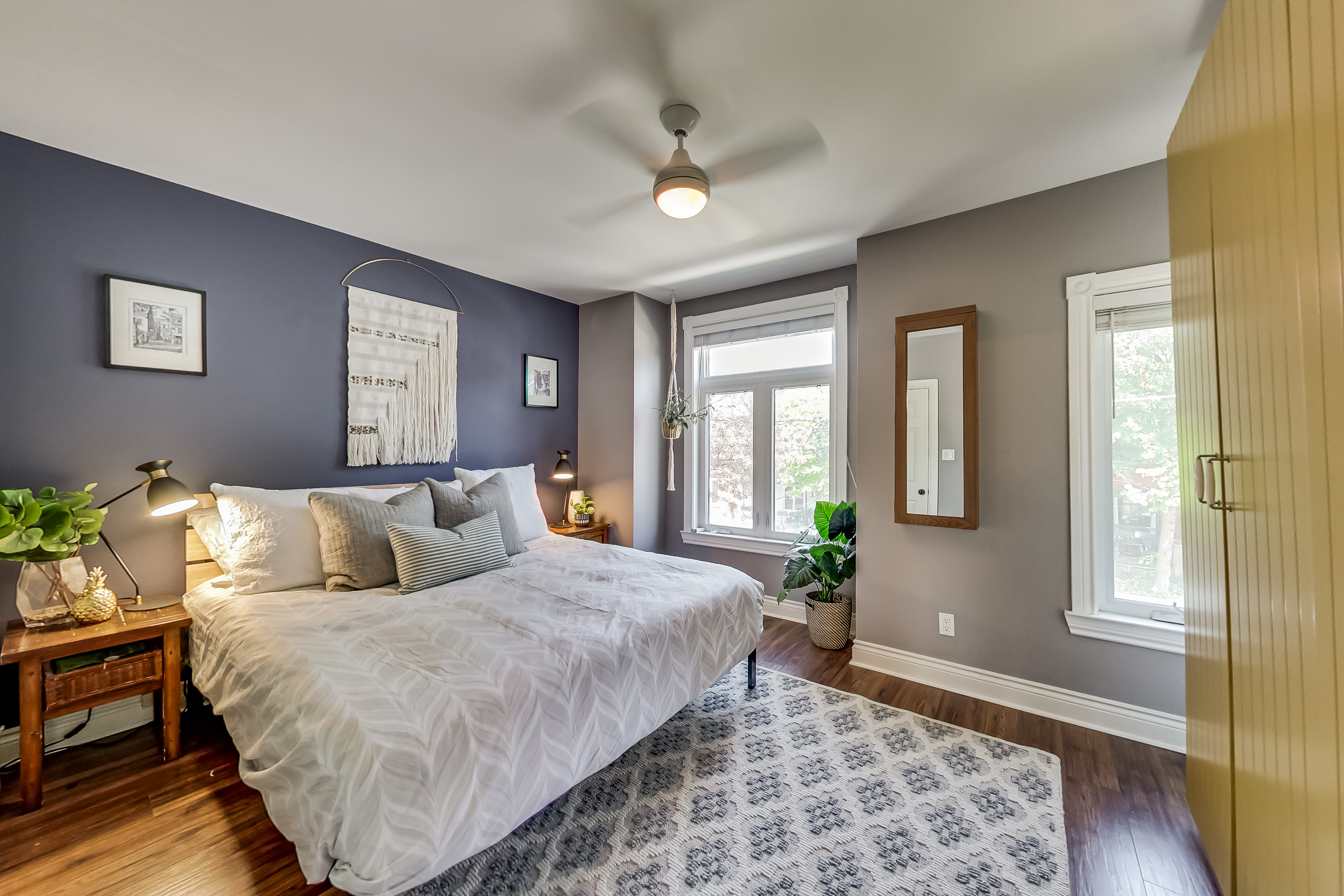 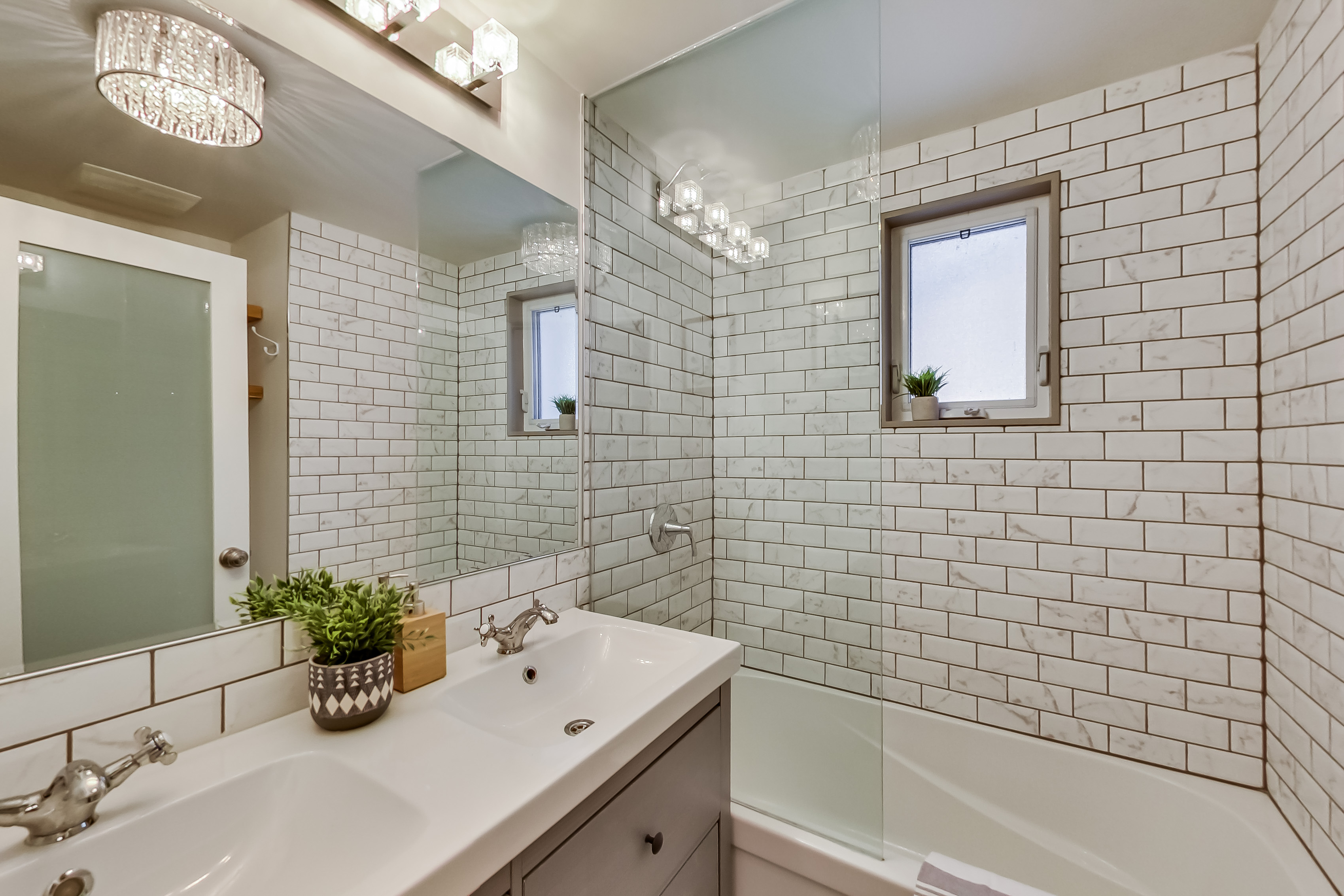 All the bedrooms have eight-foot ceilings. The window in the nursery faces the house next door: 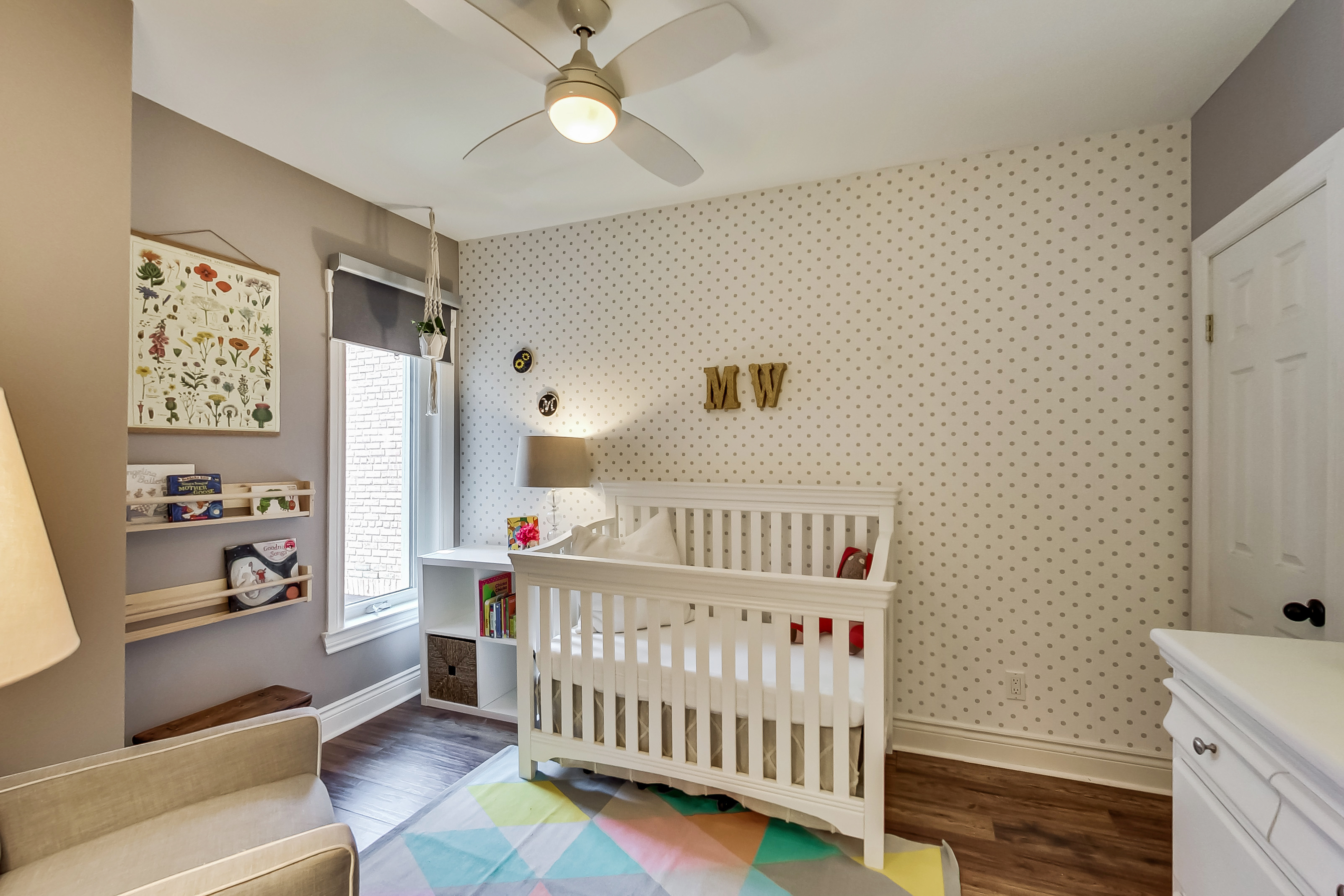 The third bedroom overlooks the backyard. Its east-facing window gets a lot of sunlight, so the sellers wanted a “bright and cheery” paint colour to match. Hence the yellow walls: 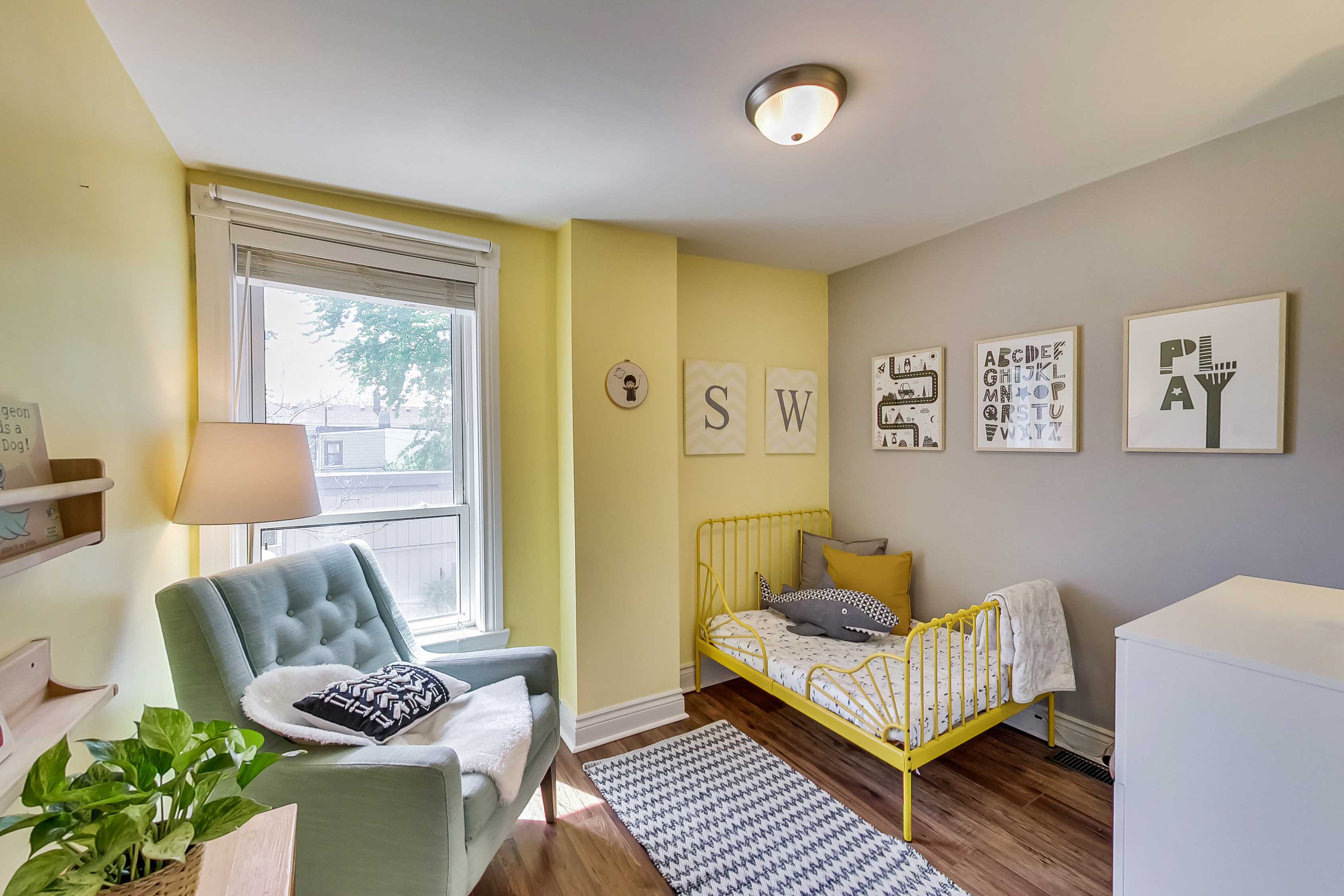 There are vinyl floors and seven-foot ceilings in the basement: 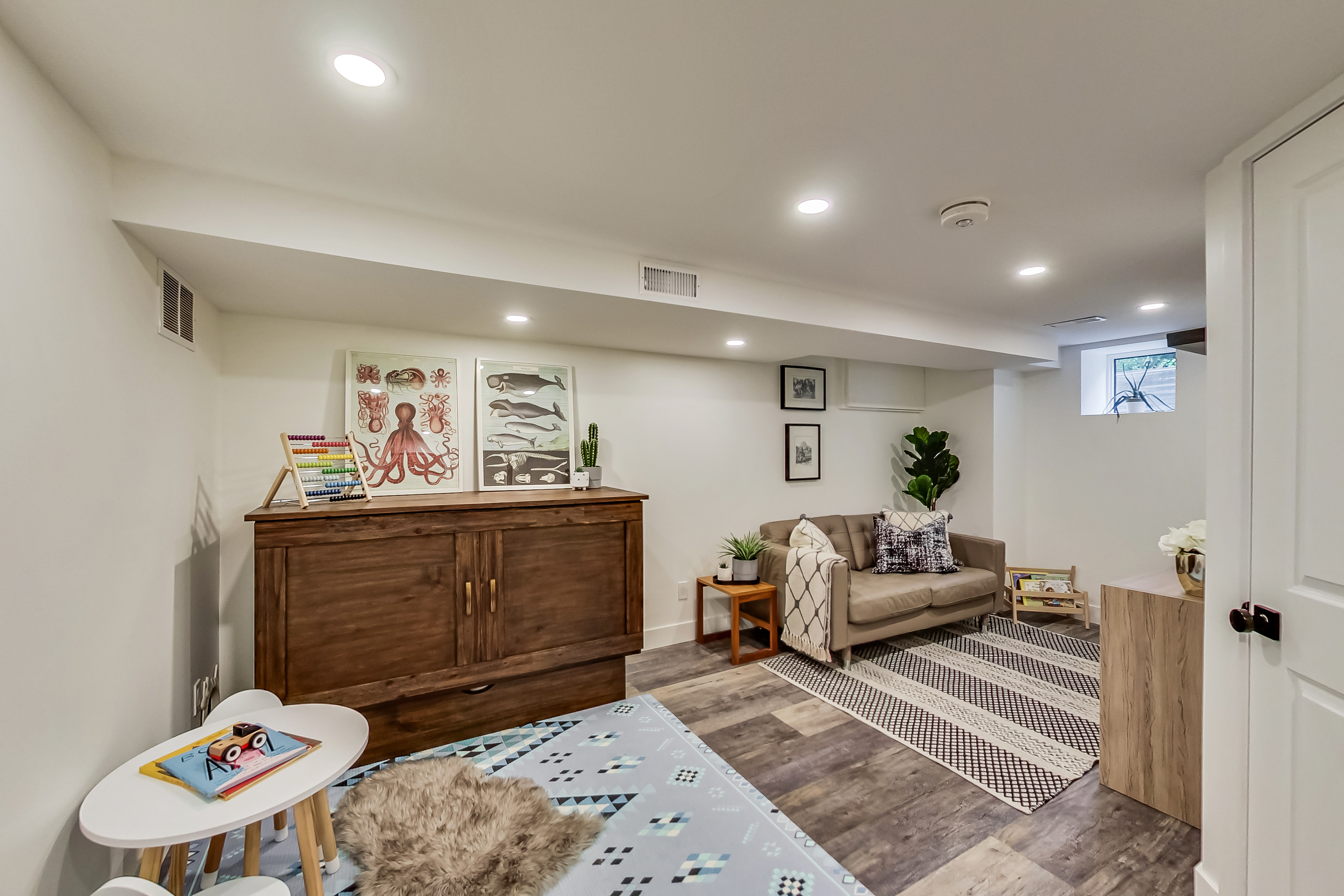 The basement bathroom has heated floors and an Ikea sink: 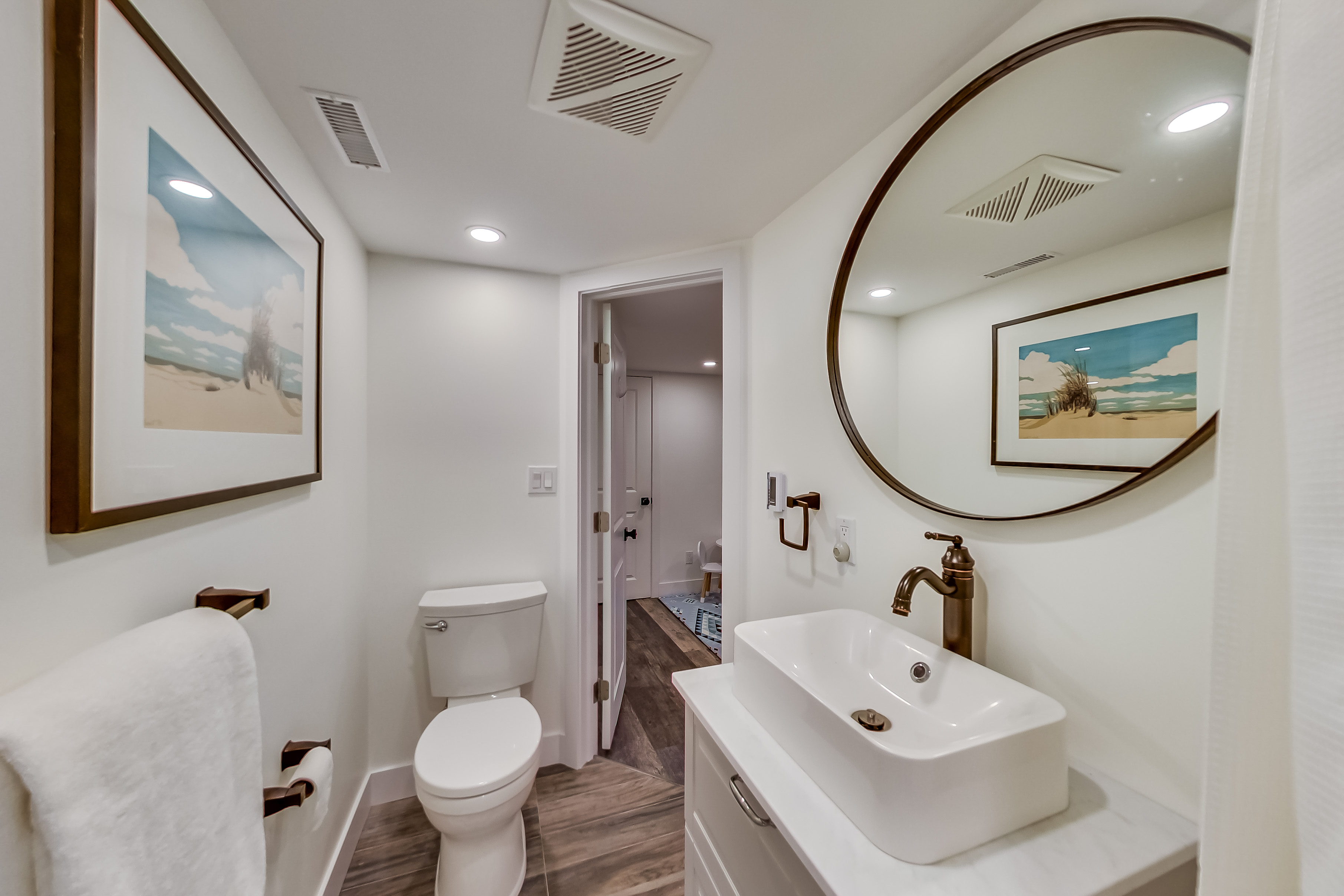 In the backyard, the sellers installed a 12-foot patch of astroturf. To add another pop of colour, they painted the garage door blue, which happens to be their son’s favourite colour. 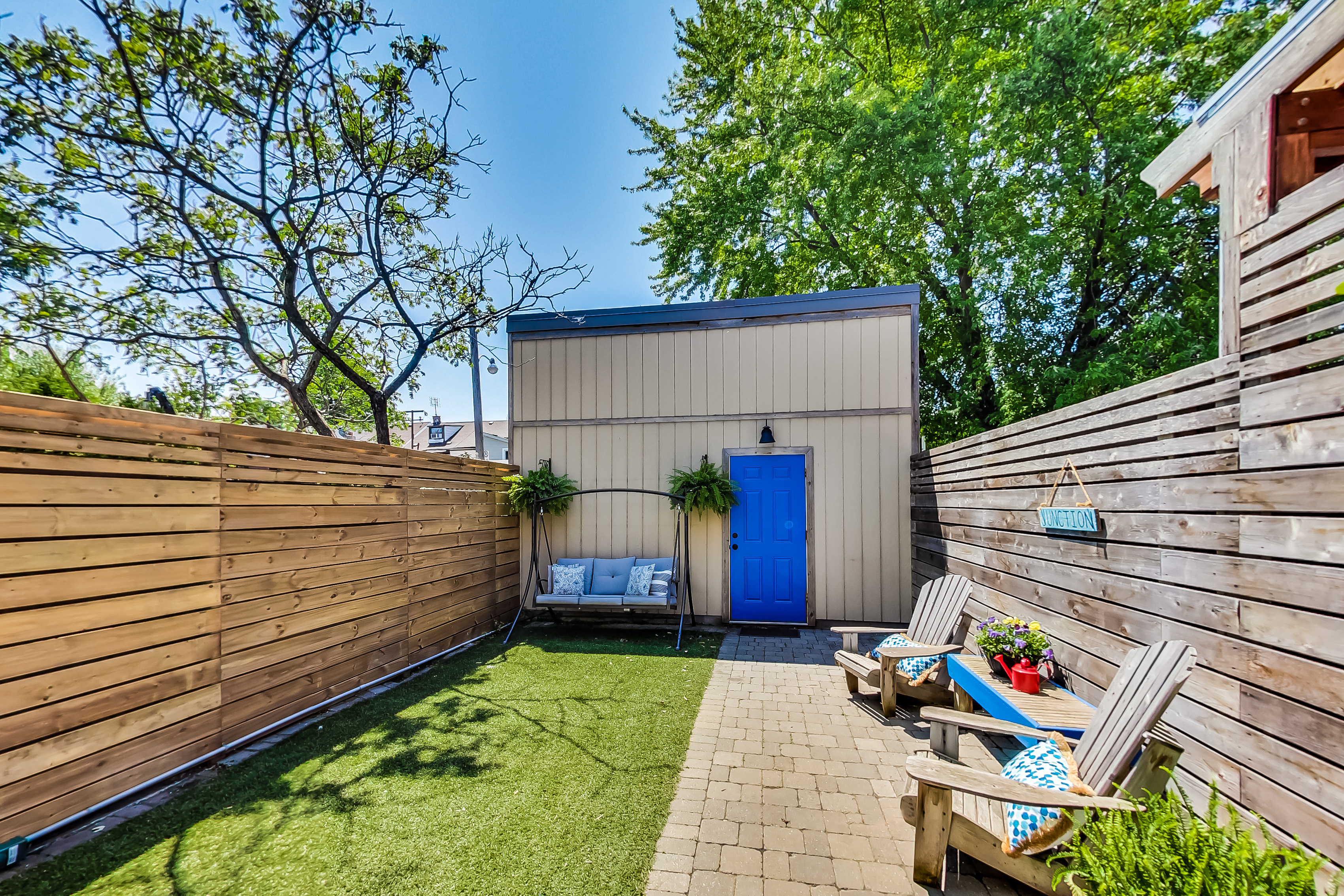 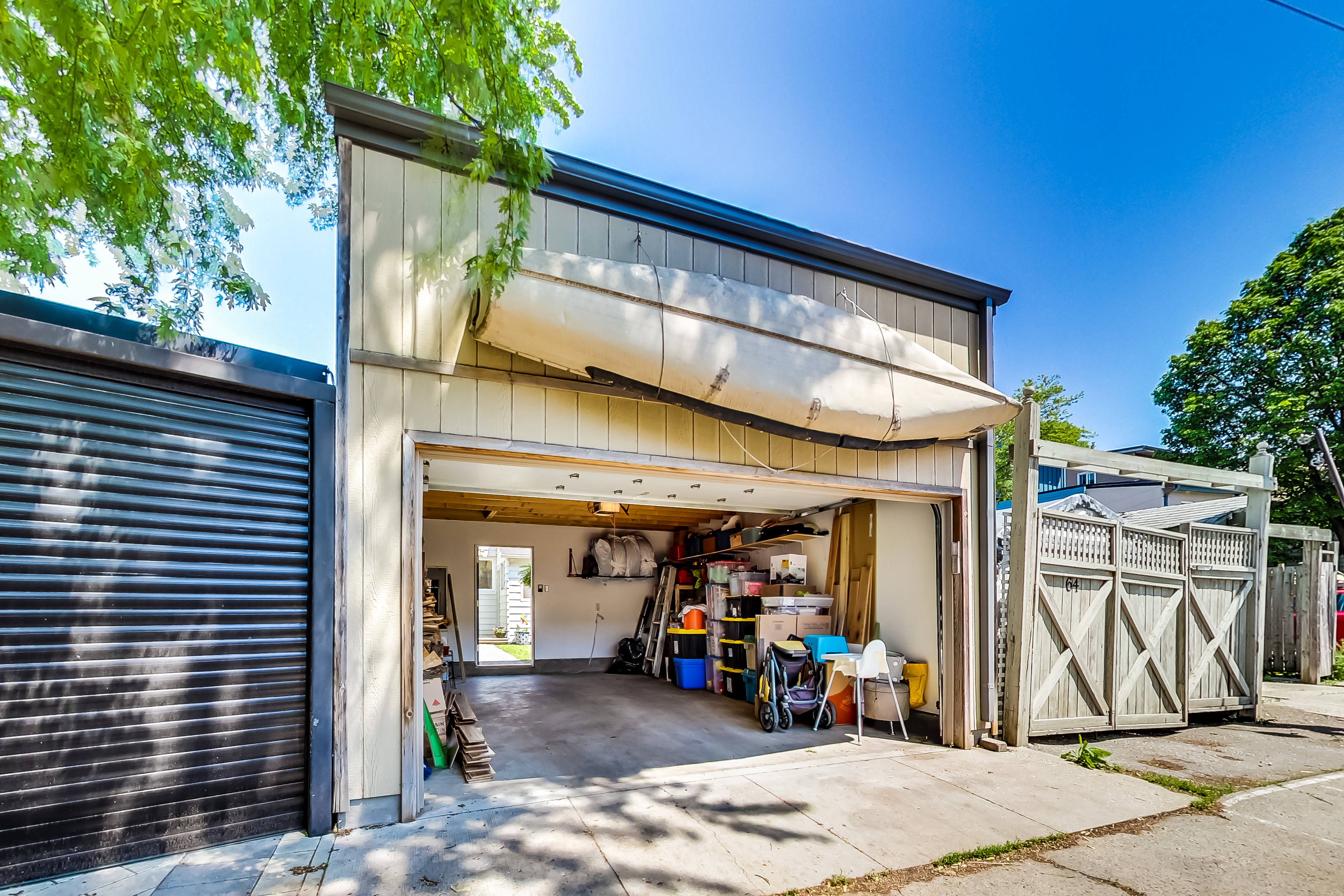 Pre-pandemic, the sellers had long dreamed of ditching the city for a bigger house in a small rural town. That desire only intensified during lockdown. On May 31, they bought a 3,800-square-foot home for $1,250,000 on an acre of land in Fergus, a small town about 75 minutes west of Toronto. They got the place on the condition that they sold their Junction home within 30 days. Understanding that they had to move fast, the family hired a pair of agents the next day.

Home sales plunged 69 per cent in April, so the sellers were concerned about a slow market, but the realtors assured them that things were improving. Then they hired Realvision to produce an online photo gallery, floor plans and a 3-D tour of the home. To prep the home for showings, the agents used some of the sellers’ existing furniture and their own inventory to avoid having to hire a staging company during the pandemic.

The agents suggested listing low to start a bidding war, a strategy that other sellers in the Junction had recently used. On June 4, the house hit the market for $1,100,000, and three buyers booked in-person showings for that evening. Each buyer signed Covid-19 “disclosure agreements” prior to the viewing, to verify they hadn’t been exposed to the virus. As a further precaution, the sellers vacated the property, and the agents put hand sanitizer at the entrance and left all the doors open.

Shortly after their viewings, each of the buyers submitted bully offers. Then the sellers’ agent asked them to increase their bids. Within hours, the sellers accepted an offer for $328,000 over asking from a young couple with a four-year-old child and a baby on the way. After the sale closes in July, the sellers plan to leave the city behind and move to their new place in Fergus.