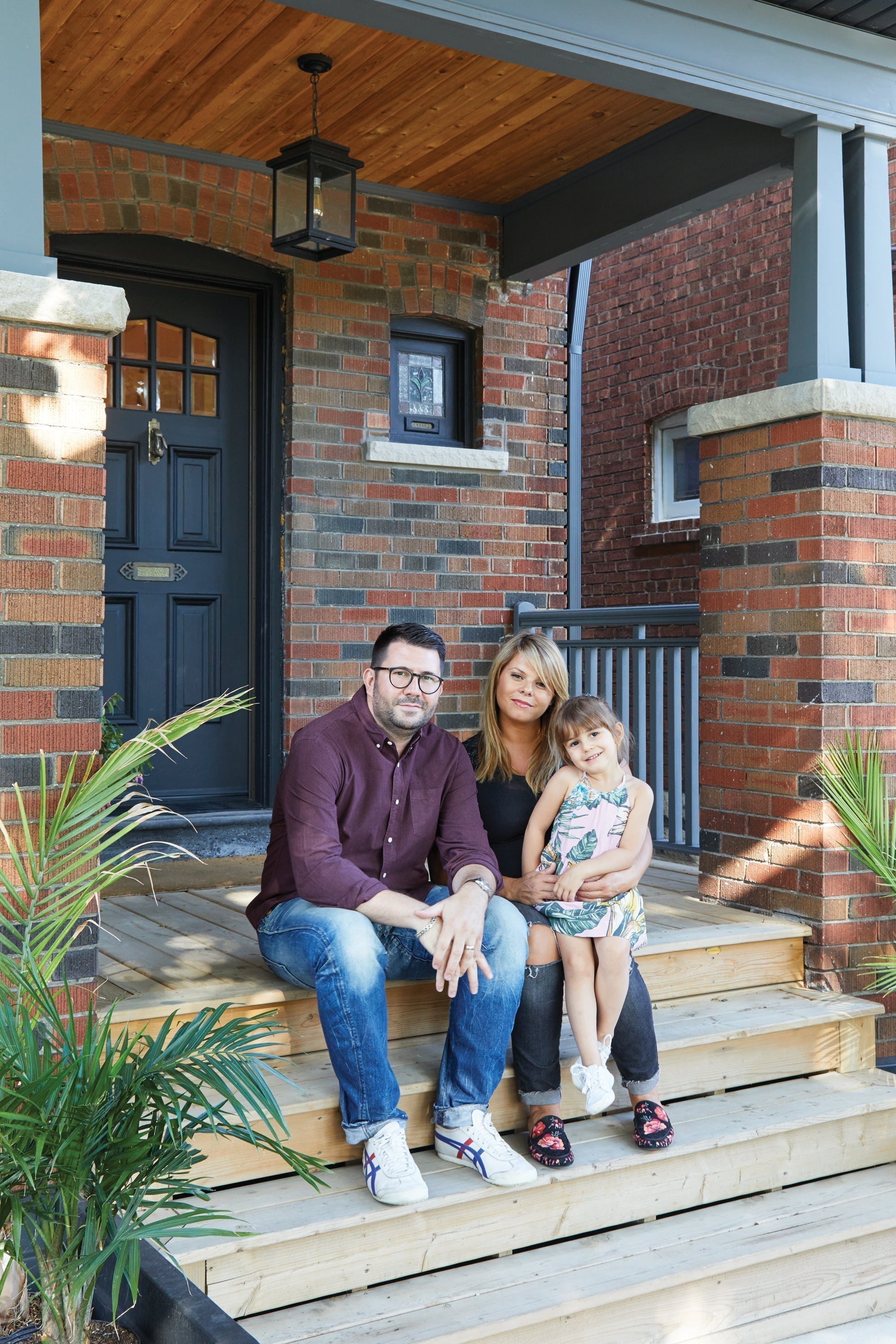 When Armando and Emily bought their ­century-old house, in 2015, they wondered what the deal was with the boarded-up dormer on the third floor. Eventually, they decided to investigate. “We discovered there was a lot of space there. A six-foot person could walk around,” Emily says. They embarked on an ambitious renovation. The ­mission: create the ultimate grown-up ­sanctuary—a quiet space with a contemporary aesthetic.

In went a spa bathroom with a cast iron tub. Doors on either side of a floating maple vanity lead to a toilet and steam shower. Ceiling speakers pipe music into the space, and a 23-foot-long closet with exposed shelves gives them a previously unimaginable amount of ­storage. “Because of the quirky, slanted ceilings, I didn’t want to box it in with a typical closet,” Armando says. “I wanted it to feel airy, like a modern clothing store.” The 420-square-foot space is accessed via a sculptural, private staircase in the couple’s bedroom.

But not everything went according to plan: despite their intention to keep the area adults-only, Penelope insists on hosting friends upstairs. “The kids really love the closet because it feels like their size, with the slanted ceiling,” Emily says. 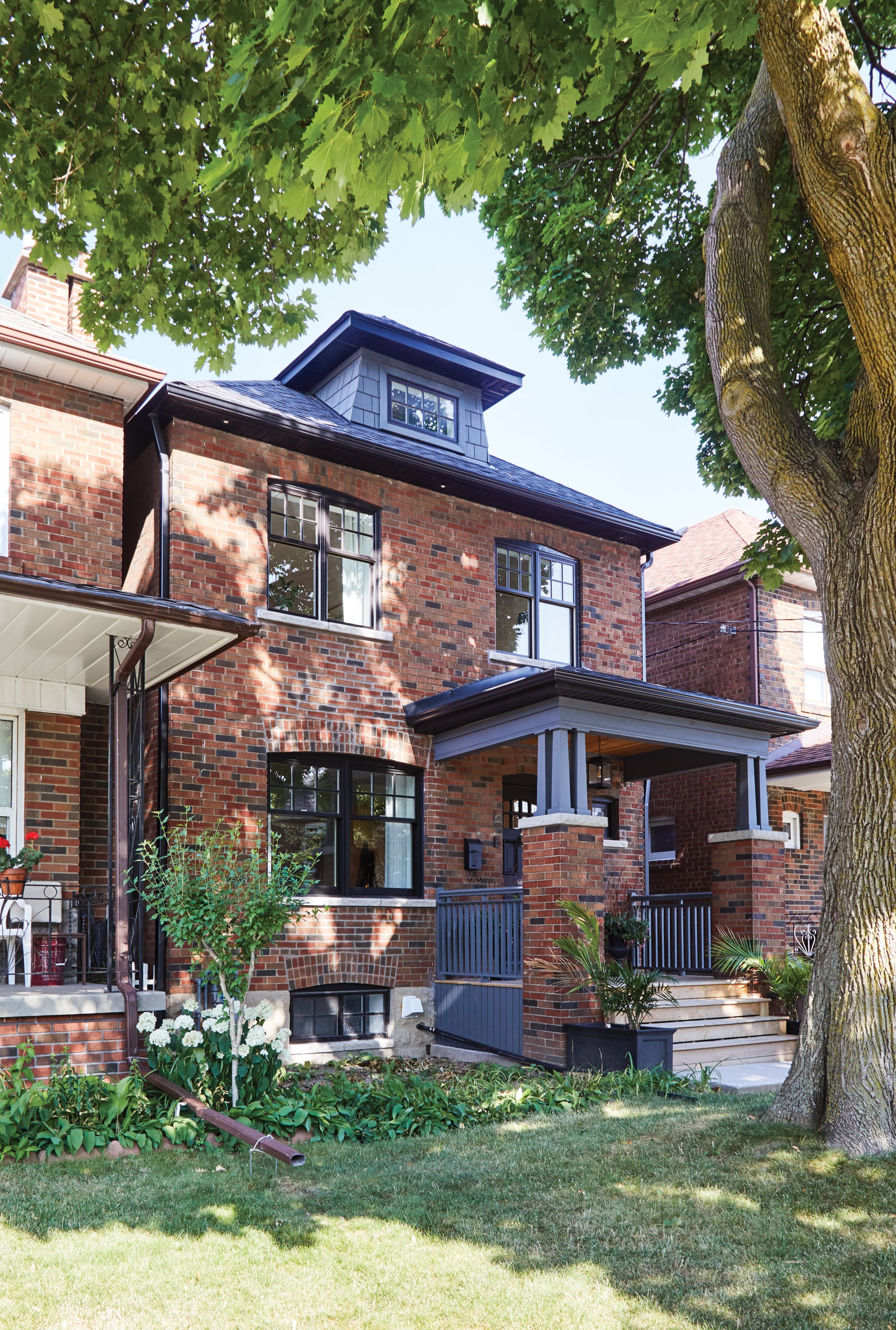 A map of Rome hangs in the master bedroom: 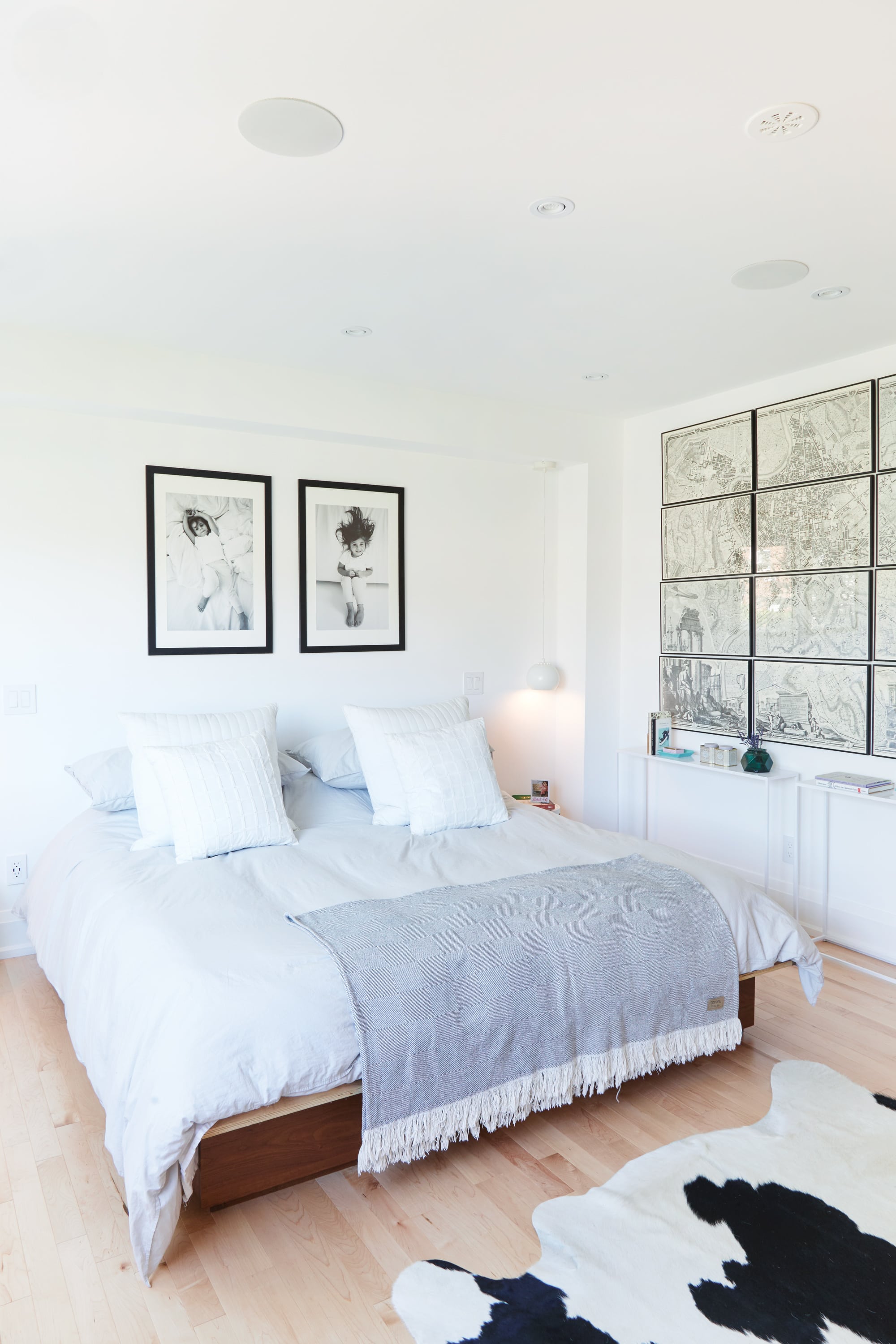 The pendant lights are from EQ3. Emily’s cabinetmaker uncle made the maple vanity to match the floors in the rest of the house. It has an integrated Corian sink: 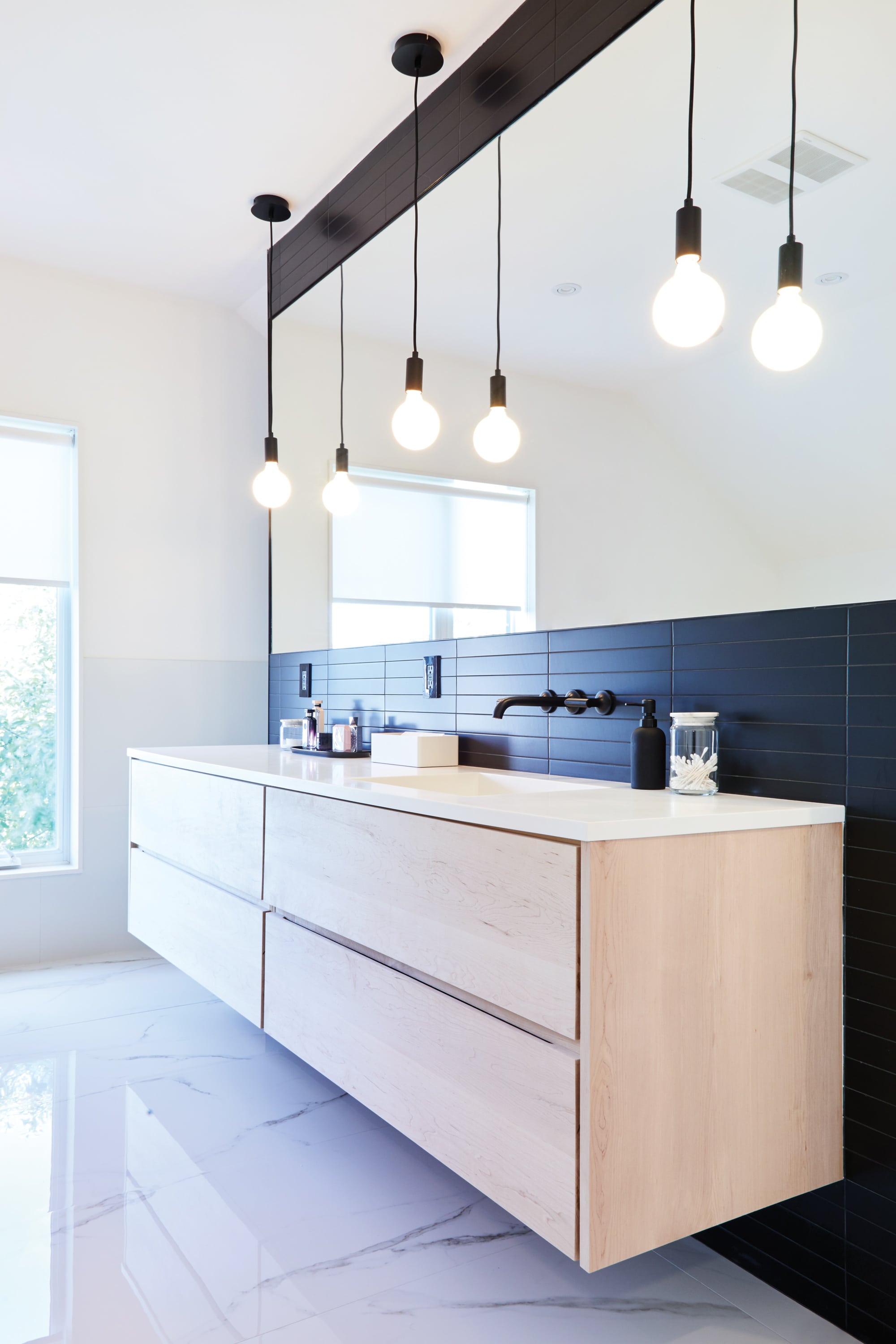 They lugged the heavy tub downstairs from the second floor, refinished it off-site and then carried it back up to the third floor: 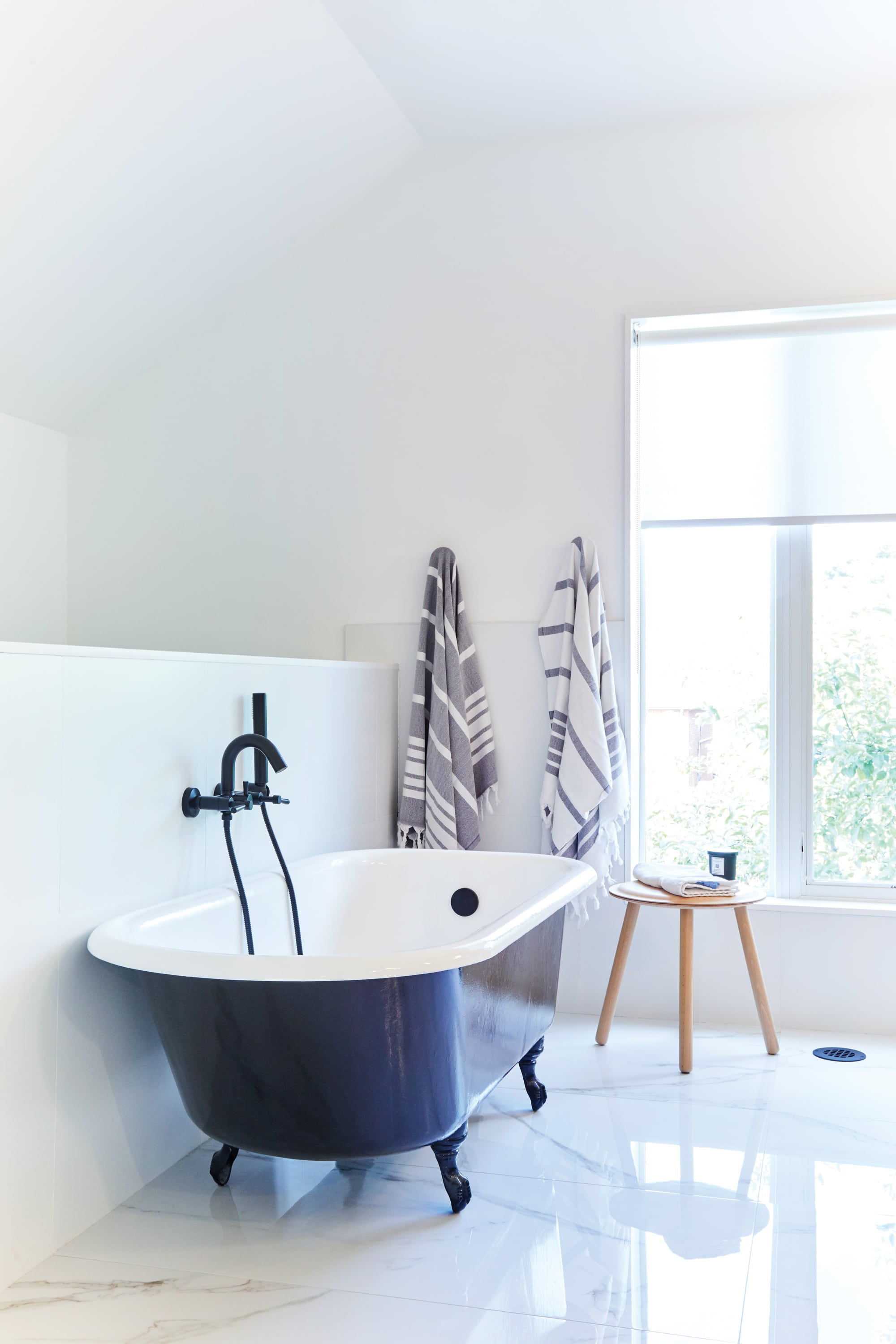