This Mississauga home, built with co-ownership in mind, is on the market for $2.7 million

This Mississauga home, built with co-ownership in mind, is on the market for $2.7 million

In the late 1990s, Cheryl Bradbee was looking for a home she could co-own with two of her friends, Grace Terrett and Elisabeth Northrup. They were all in their 40s, single, and wanted to be under the same roof to share housing costs. But they also wanted some separation between their living spaces, for privacy. Rather than buying a house and renovating it, they decided to build one from scratch on a half-acre plot of land not far from the Mississauga lakeshore. The project cost them $1.5 million, and it was completed in 2003.

The original co-housing agreement gave all three women equal stakes in the property. Last fall, Bradbee, who is now a contract professor at Humber, took on a mortgage to buy the others out. The home, one of only a handful in the Greater Toronto Area built specifically for co-ownership by unrelated adults, is now on the market for $2.7-million. Bradbee is hoping to use the proceeds to fund her retirement.

Northrup, who had multiple chemical sensitivities, needed a house that wouldn’t aggravate her condition. So the trio chose to commission a sustainable, eco-friendly home designed for comfortable co-habitation.

The structure, designed by Martin Liefhebber, an early adopter of green architecture in Canada, has about 6,900 square feet of living space spread over two storeys. It was built with non-toxic materials and it has rooftop solar panels. The main-floor walls are insulated with stacks of straw bales, a natural alternative to the foams and fibreglasses typically used in home construction. This earned the property a 2007 Mississauga Urban Design Award, as well a nickname: the Straw Bale House.

The interior is divided into three semi-private wings, each serving as a one-bedroom apartment with a four-piece bathroom and kitchenette. These wings spill out into a common area with a dining hall, a large communal kitchen and a wood-burning stove that can also serve as a pizza oven. The basement has a guest suite.

To Bradbee, the unique arrangement addresses a housing issue that persists today. “One of the reasons I was interested in this project is that I was concerned about housing for older women. The average woman after the age of 60 is single, and we don’t do good housing for them,” she says. Co-housing trims expenses and means a helping hand is always close by.

Because of the home’s flexible layout, it could appeal to several different types of buyers, Bradbee says. It might serve as a multi-generational dwelling, or several young people could pool resources to buy the home together. Or a family might buy it and rent out a wing. Here’s a look inside.

The 800-by-200-foot lot has been landscaped with rare native wildflowers and grasses: 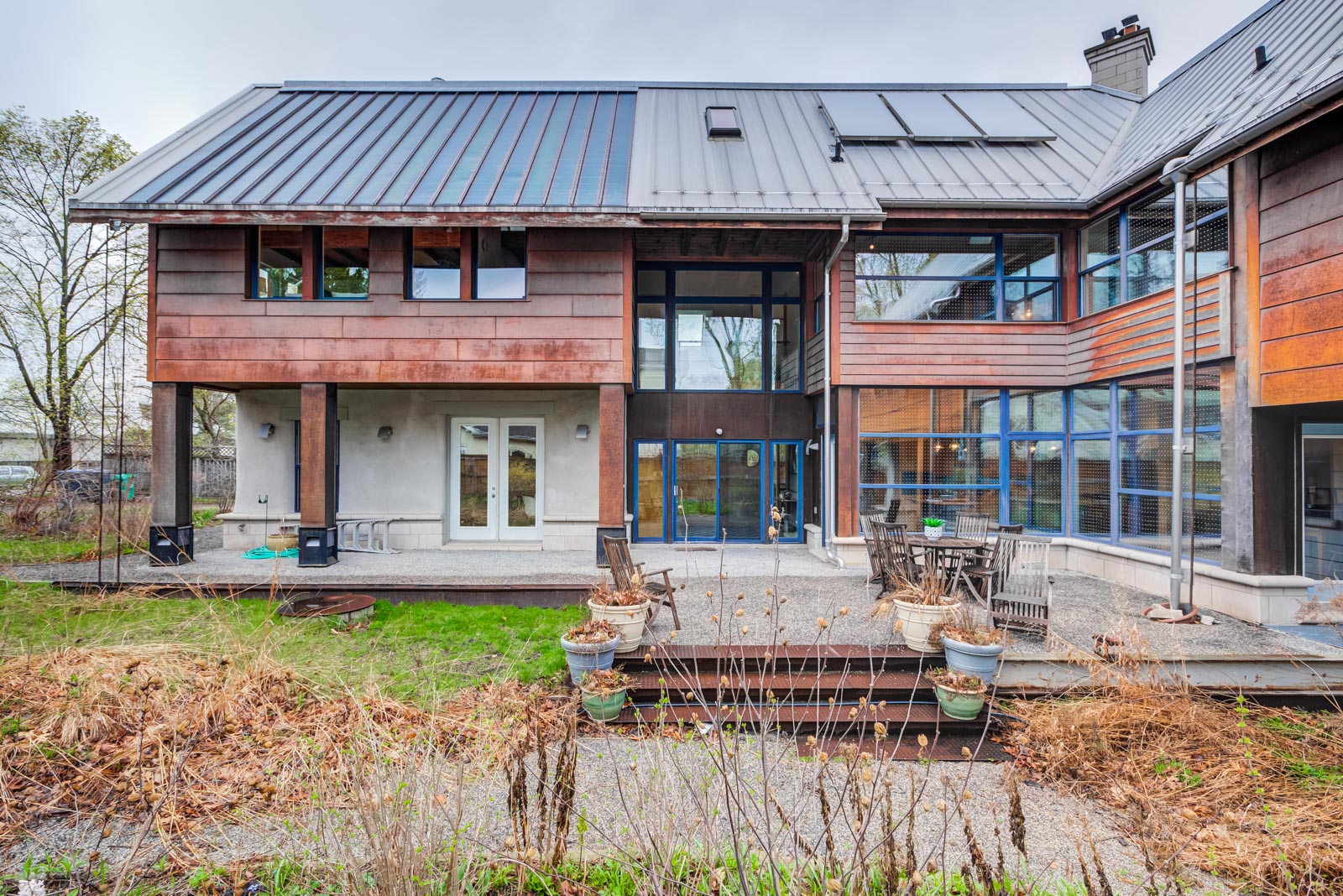 There’s a common kitchen on the main floor for entertaining: 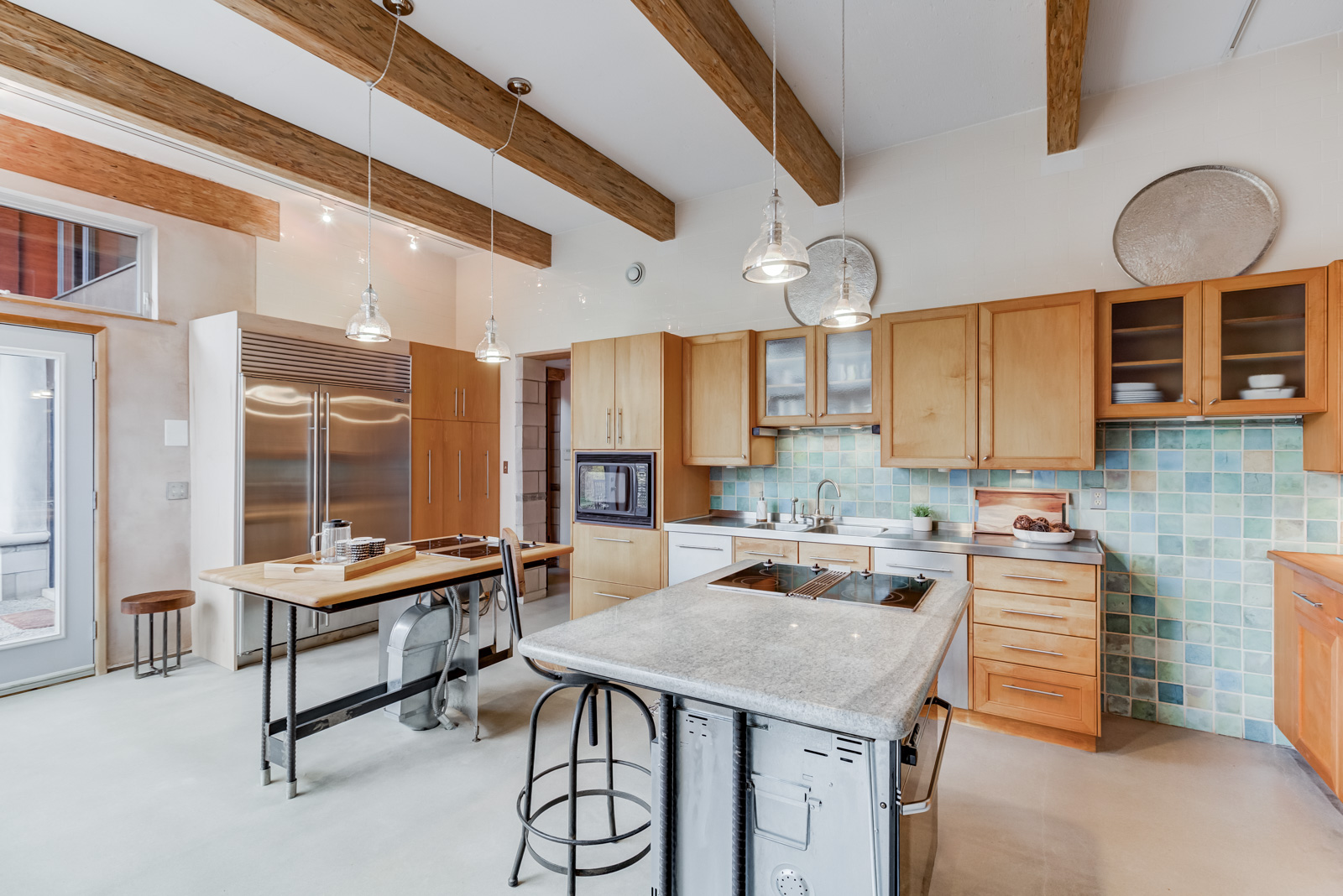 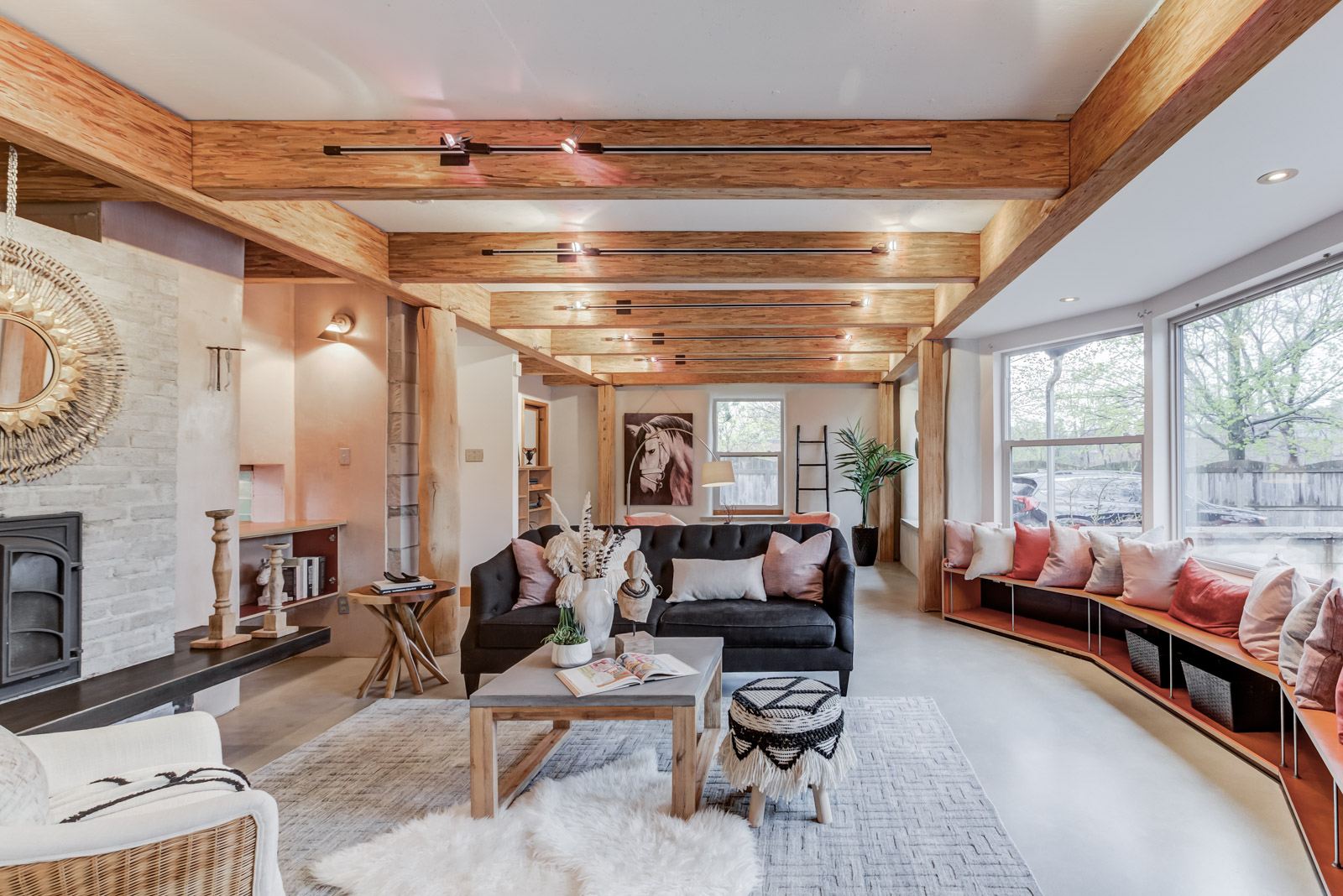 Each main-level suite spans two floors. This one has a concrete wall dividing the kitchenette and the living space: 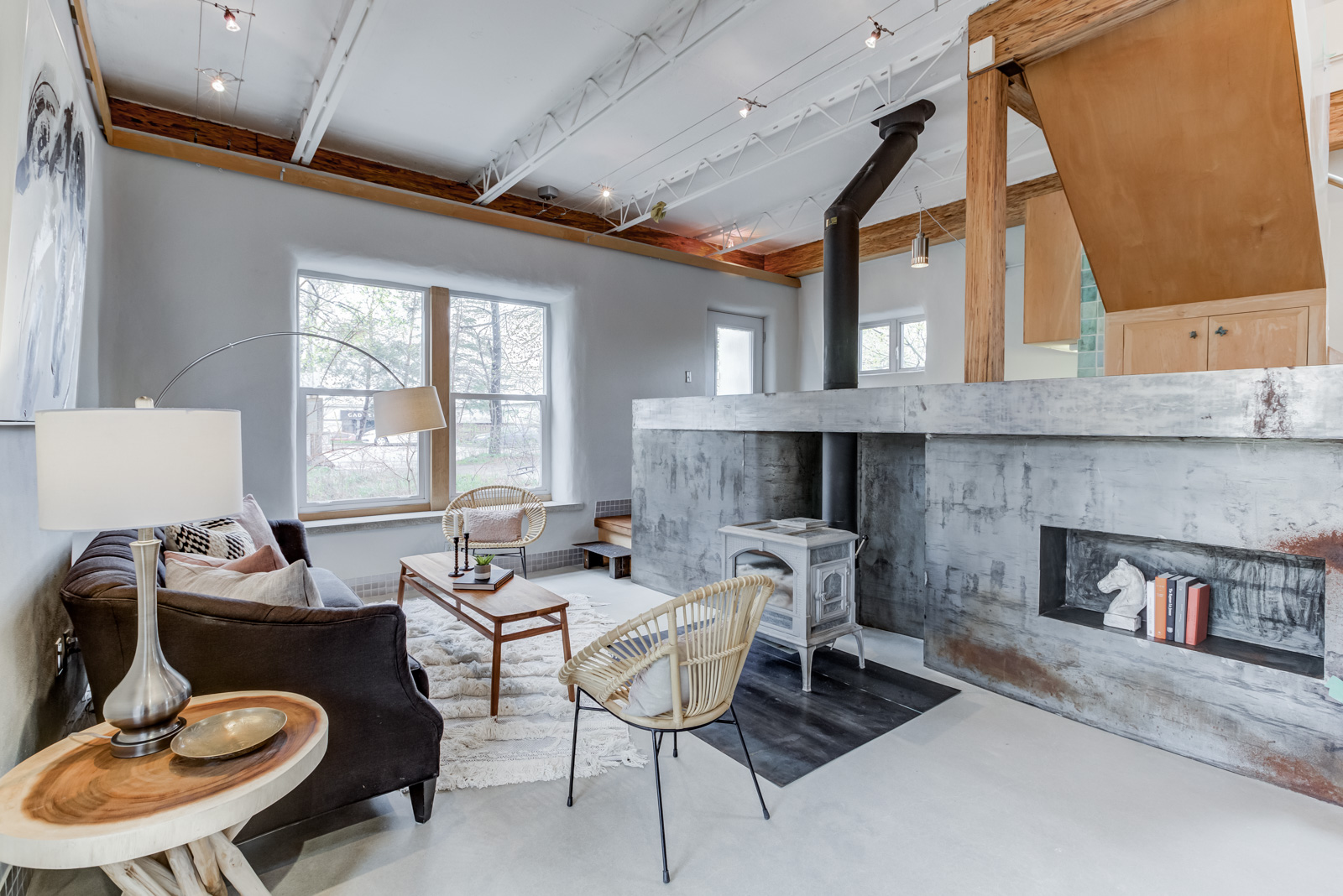 And here’s that suite’s bedroom: 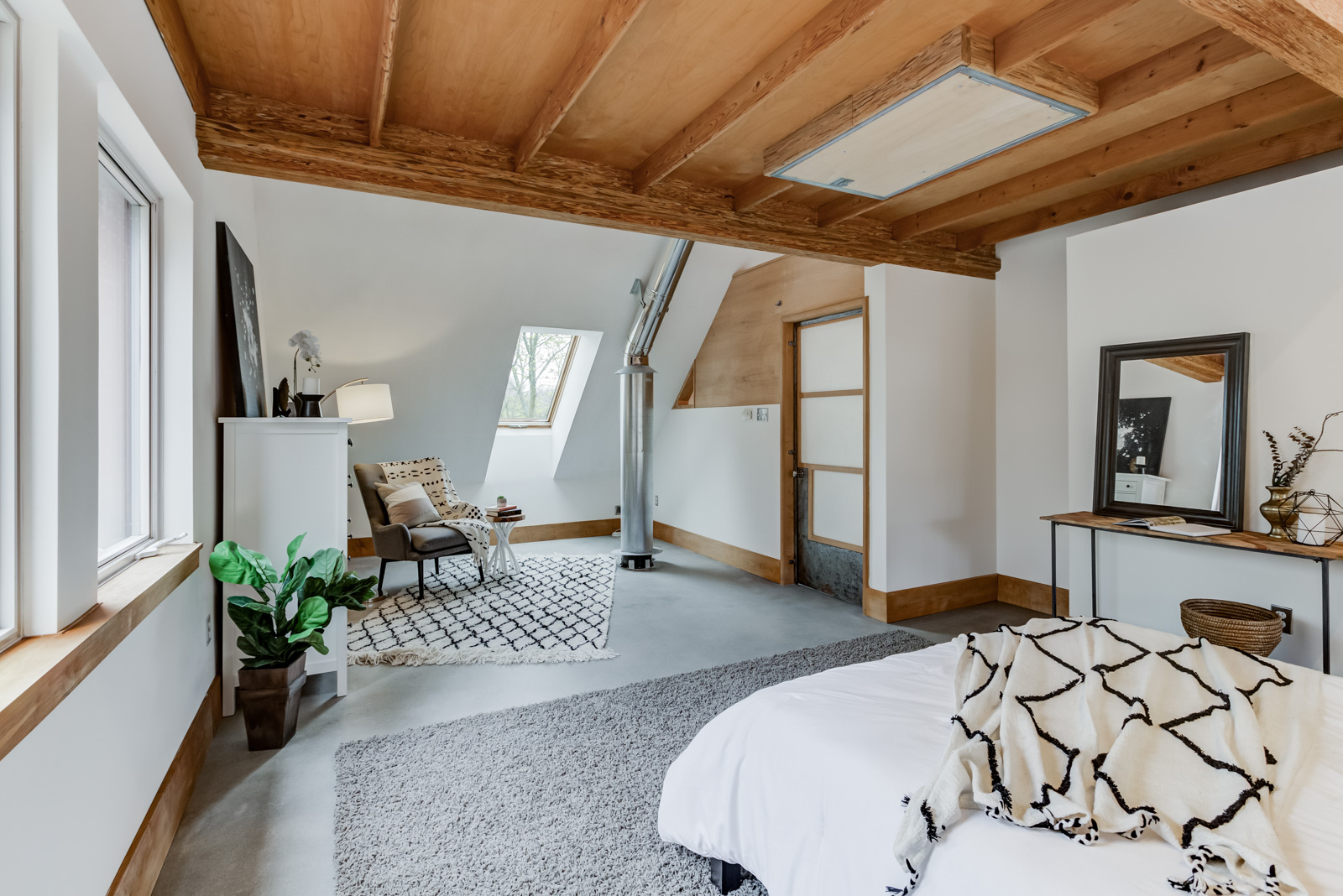 And here’s another suite’s living room. The rough-hewn trunks were cut from trees on the property: 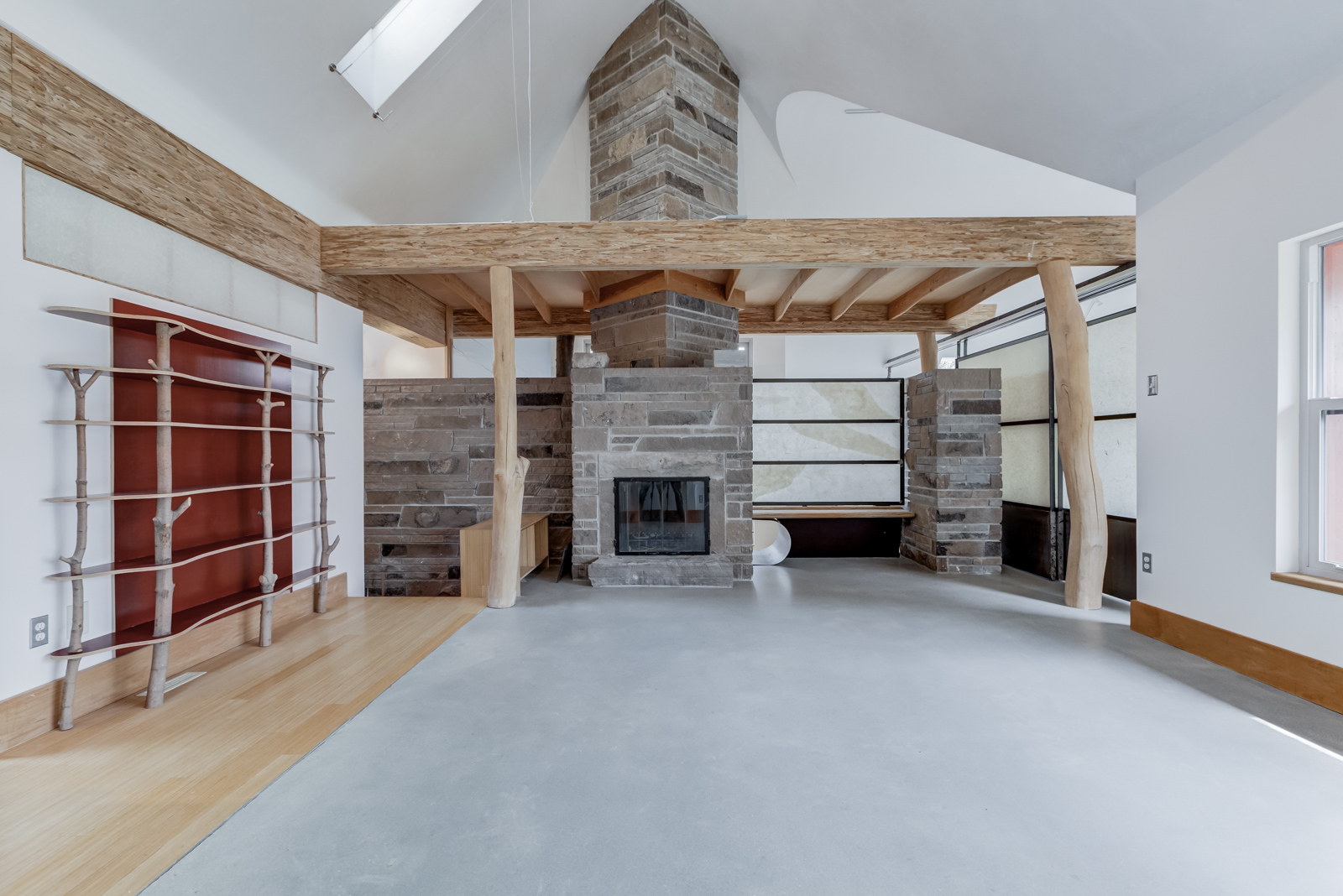 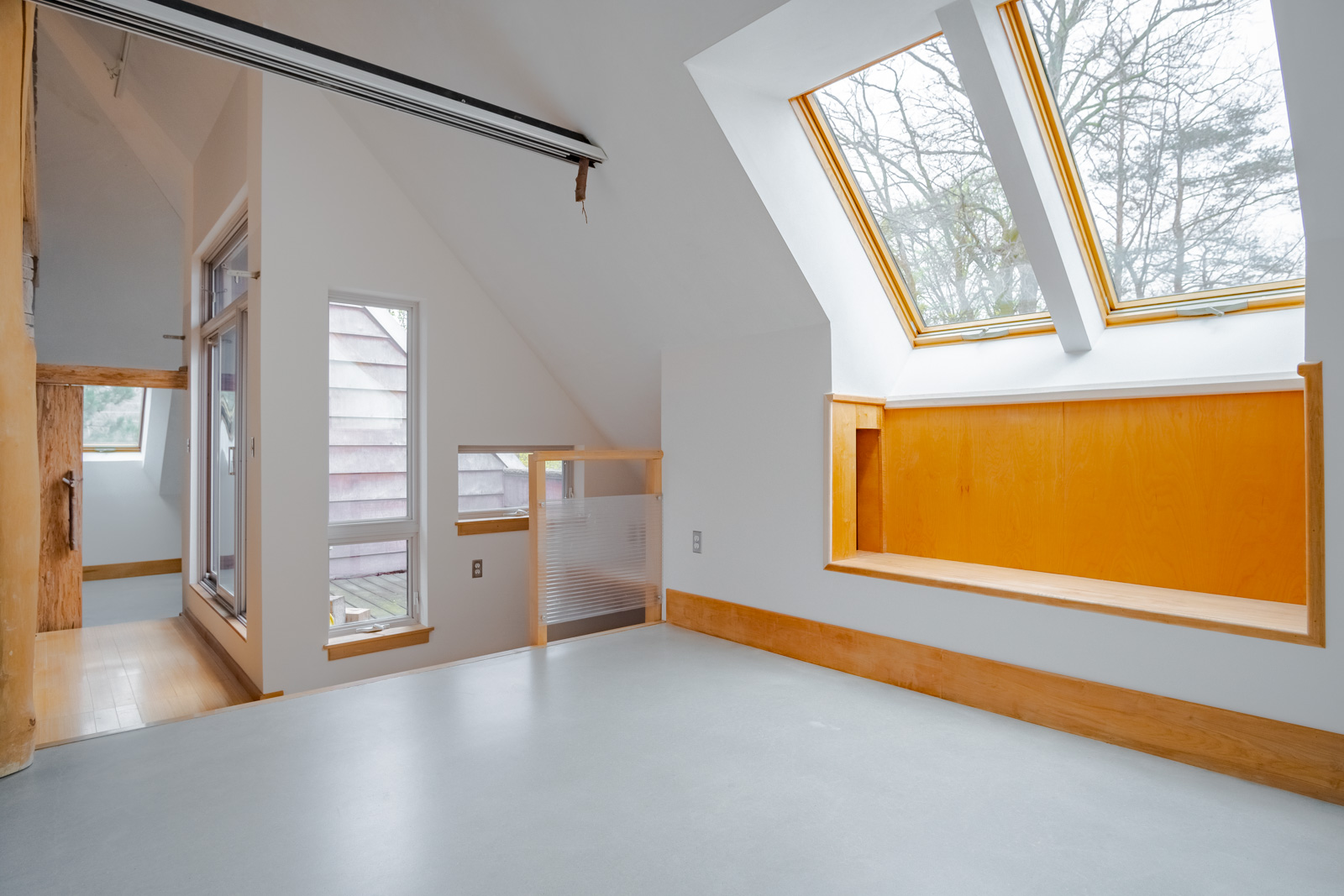 The basement has a rough-in for a kitchen, so it could be made into yet another self-contained dwelling unit: 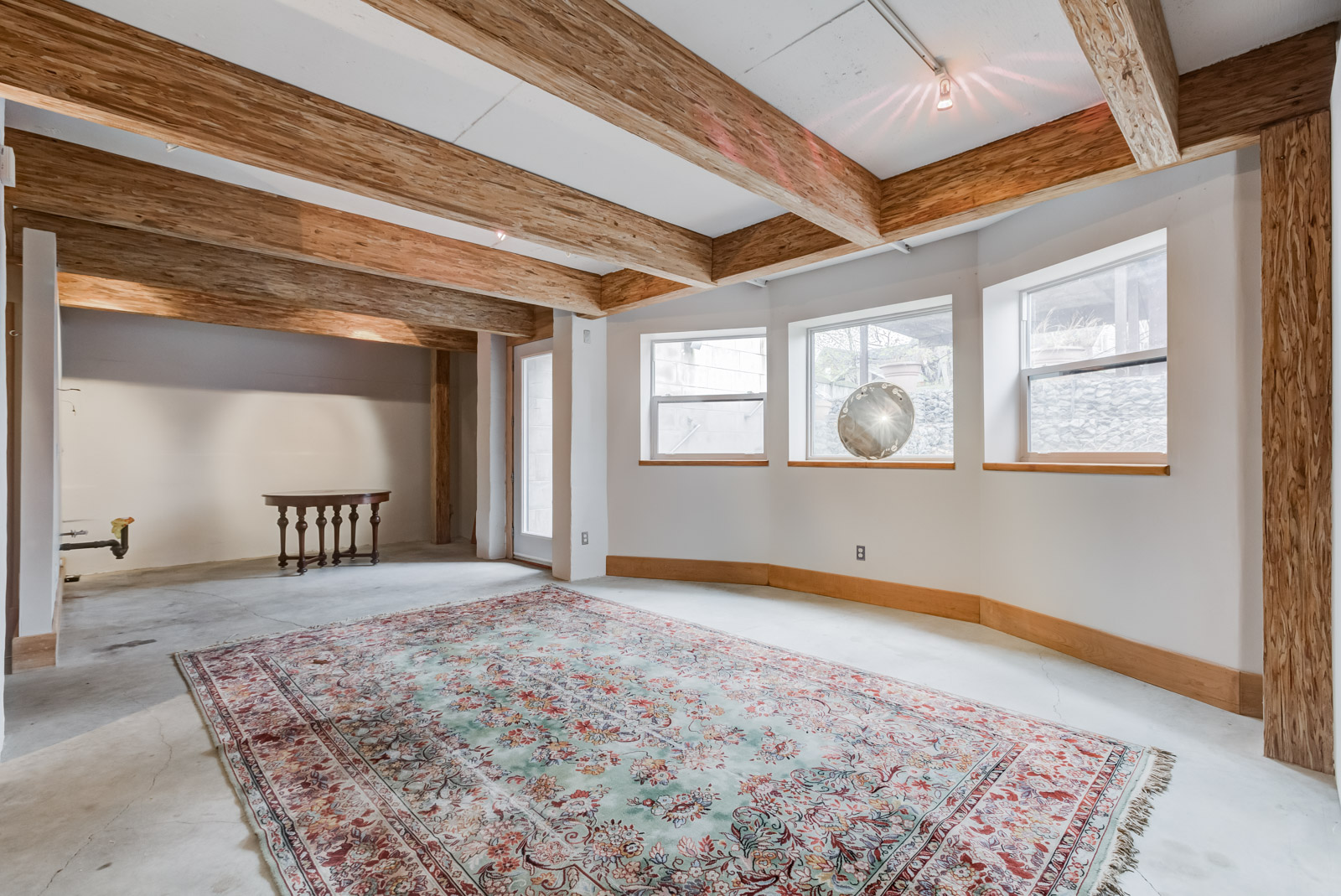