With 50 Scollard, the developer set out to build something for the ages

At this point in the architecture history of downtown Toronto, with each new building aspiring to outshine what came before, it’s not easy to build something iconic.

But when Lanterra Developments, the company behind much-praised projects like Ice Condominiums at York Centre, The Brit Residences at Bay and Wellesley and One Bedford, acquired 50 Scollard Street, they knew they had all the ingredients to make something special. The prime Yorkville location, at the corner of Bay and Scollard across from the Peter Clewes-designed Four Seasons Hotel and Residences Toronto, certainly demanded excellence and elegance. 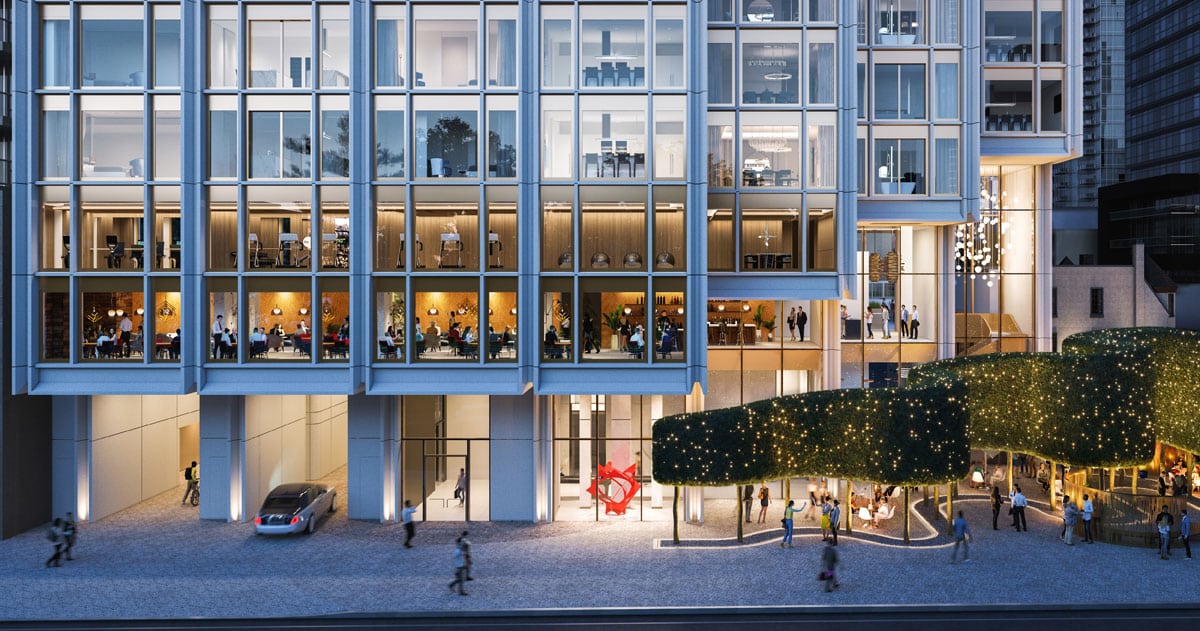 “The building doesn’t look like a typical Toronto tower,” says Lanterra chairman Mark Mandelbaum. “It’s the kind of building that would be right at home in Mayfair in London, Park Avenue in New York or Champs-Élysées in Paris. There are very few buildings in Toronto that meet such a standard.”

Since Mandelbaum and business partner Barry Fenton, Lanterra’s president and CEO, founded the company 20 years ago, they’ve worked with most of the city’s top architects and have developed a knack for getting the best out of them. Having launched his real-estate career in the 905, Mandelbaum changed his focus to downtown Toronto, partly because he was attracted to the demand for buildings that stood out. With 50 Scollard, he says the company has outdone itself.

The 41-storey tower, expected to break ground next year for 2022 occupancy, will have just 64 residences, averaging 2,500 to 3,000 square feet in size, most with the elevator doors opening directly into each suite. Lanterra wanted a project designed for people who might be downsizing from a home in Rosedale or Forest Hill. The company had already made waves with One Bedford, a 32-storey building that opened in the Annex in 2011, a project so beloved that Mandelbaum and Fenton have suites there themselves, as does that building’s architect, Bruce Kuwabara, Mayor John Tory and shoe matriarch, the late Sonja Bata. 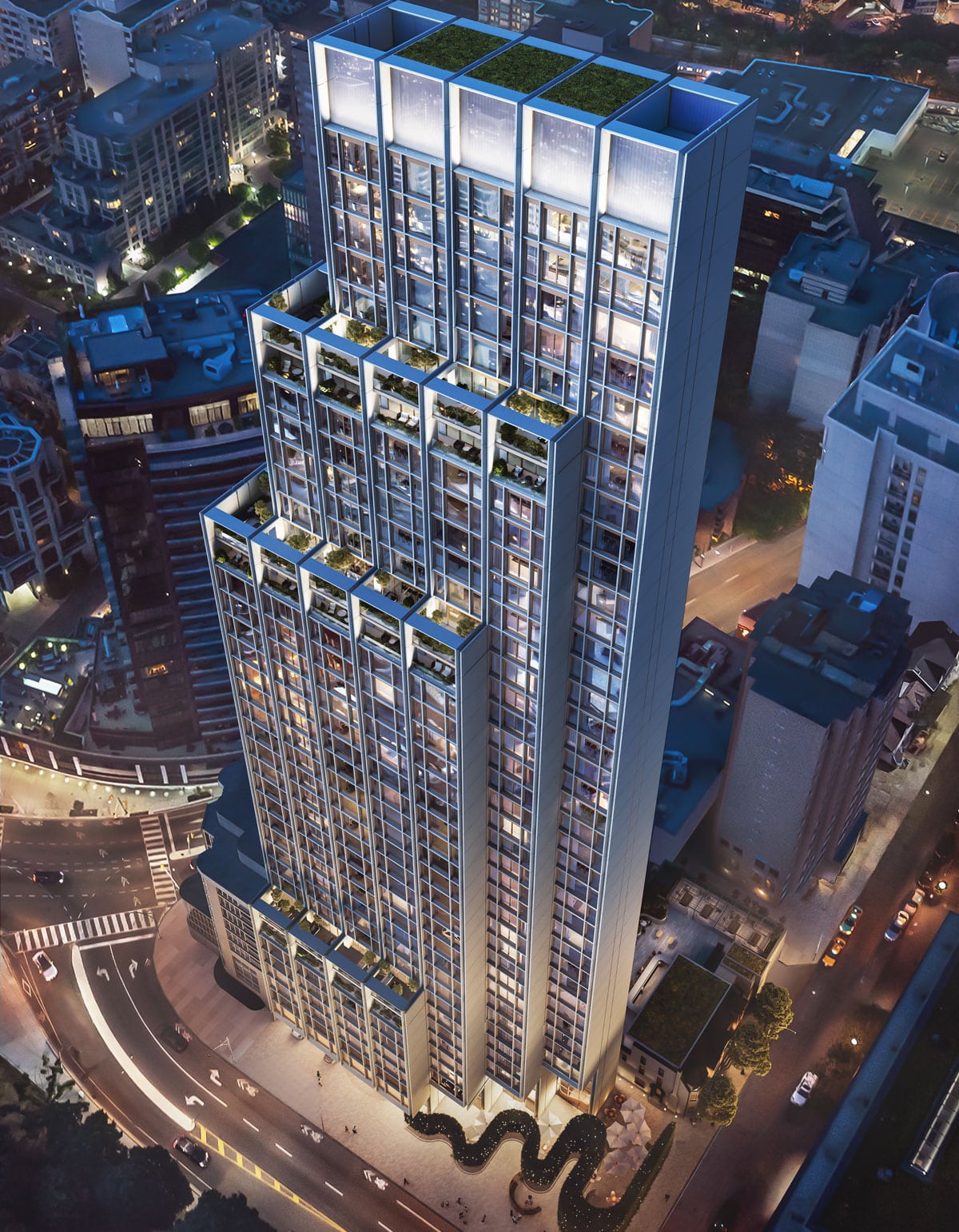 Nabbing London’s Foster + Partners as architects early in the process was a coup. Responsible for such internationally renowned buildings as 30 St. Mary Axe in London (better known as “The Gherkin”), the HSBC Building in Shanghai and the Hearst Tower in New York, the firm’s work is both cutting edge and perennially appealing. For 50 Scollard, Foster + Partners worked with Toronto’s IBI Group on a structure that eschew a typical all-glass façade for strong, geometric lines and a step-back that groups the windows into separate layers. With views eastward and westward, privacy, light, shadow, wind and energy efficiency were all seriously considered. 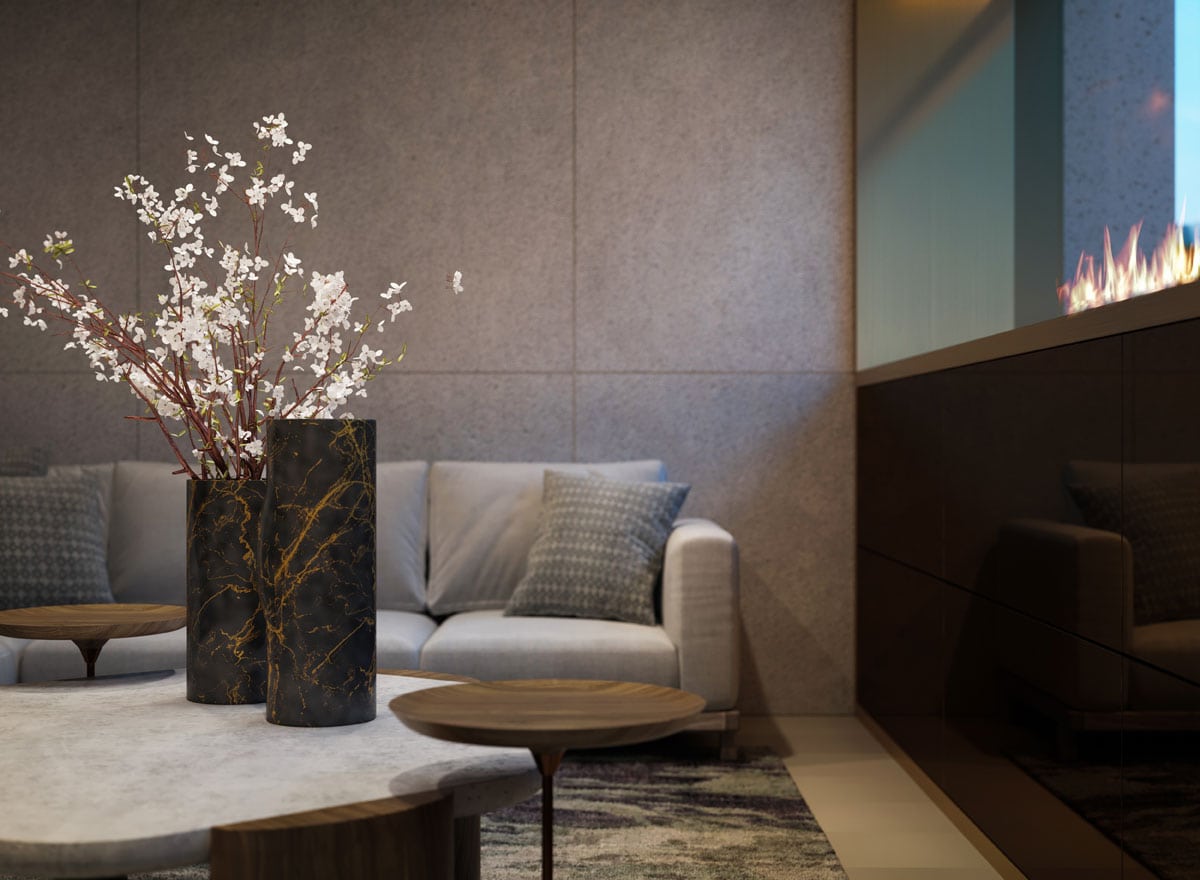 One of the specialties of architect Norman Foster is creatively repurposing existing buildings into larger modern structures, and at 50 Scollard, the team decided to relocate four existing two-and-a-half storey homes, built in the late 19th century from the corner of Scollard Street to the east of the property and then integrate them into the overall design. The relocation has the added benefit of opening up a new public plaza at the corner of at Bay and Scollard, where Stoss Landscape Urbanism, led by Chris Reed and Amy Whitesides, have planned a “wiggle” of pleached trees. The hedging technique, seldom seen in Toronto, though dating back to medieval times in Europe, arranges trees in an intriguing pattern, with the branches pruned and woven to make them sculptural. The result is a distinctive and playful atmosphere for a square that might be the home to art fairs, theatrical performances or other happenings. 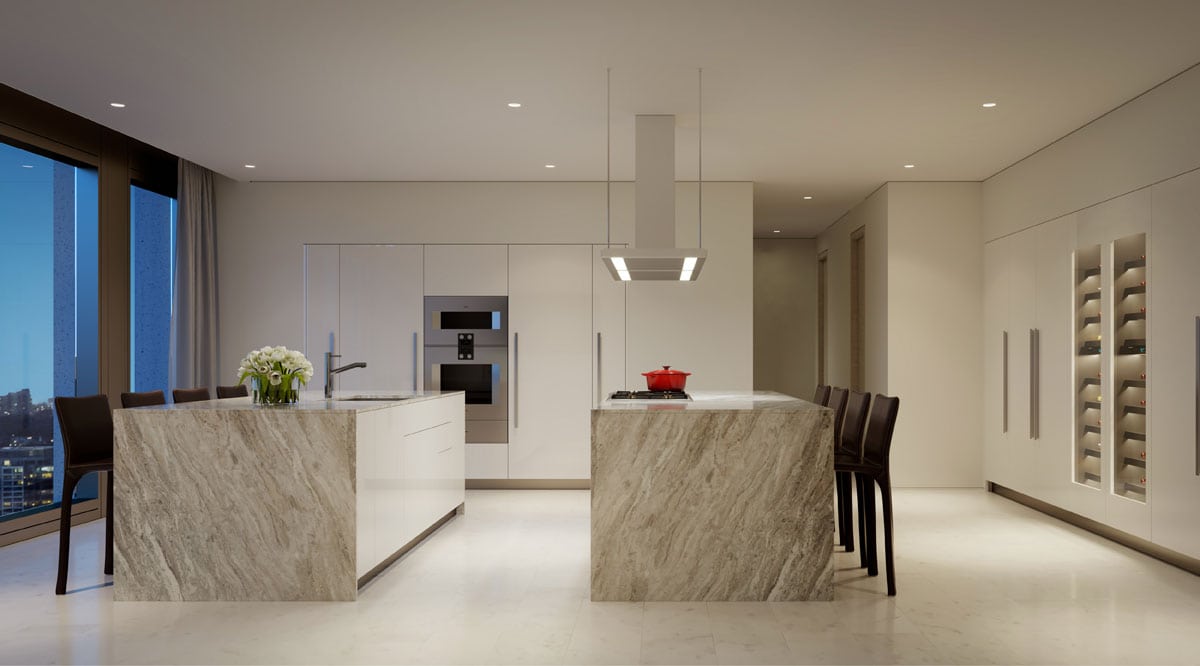 Inside, the interiors by long-time Lanterra collaborator Alessandro Munge of Studio Munge are the result of international research and close collaboration with Foster + Partners. The state-of-the-art design, including double kitchen islands, has carefully considered the lifestyle and preferences of potential residents. “This is the first time the two firms have worked together and the results are extraordinary,” says Mandelbaum. “I have no doubt they’ll work together on extraordinary projects in the future.” 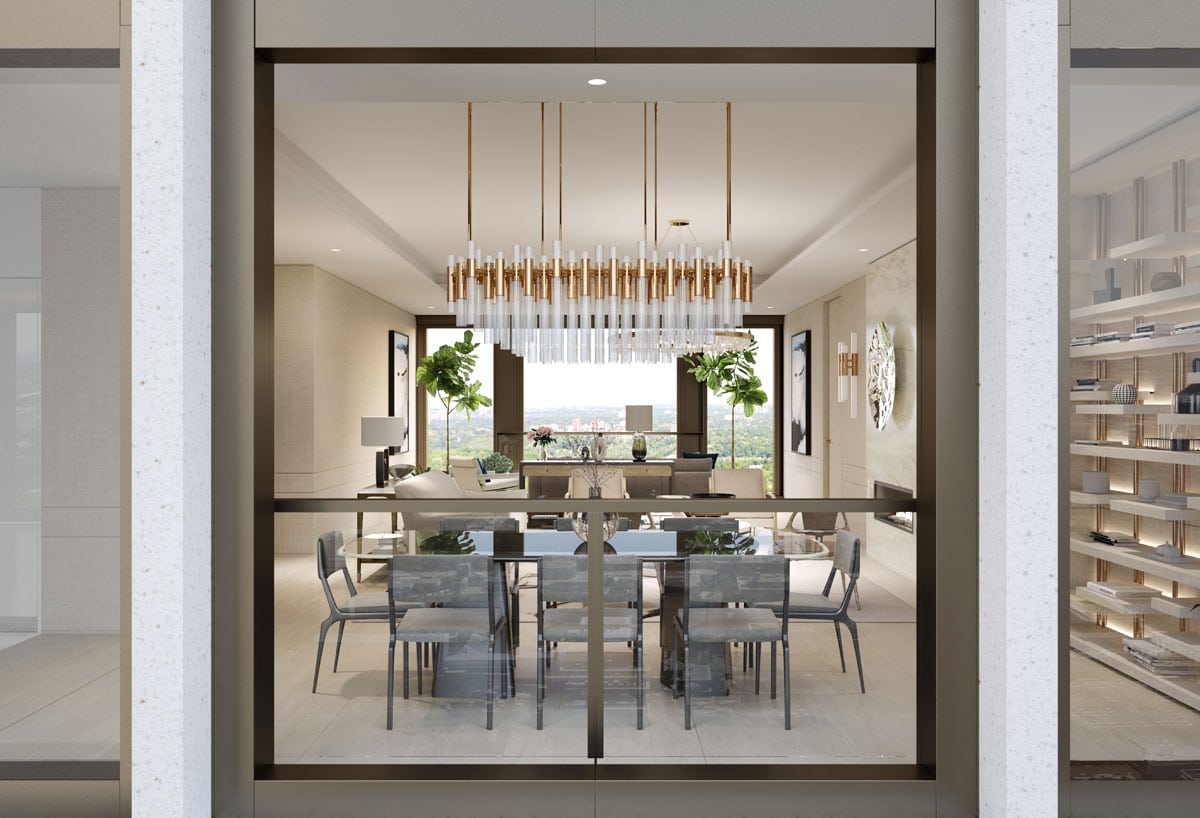 For a development that’s as ambitious as 50 Scollard, it’s been important for the partners to work well together. Mandelbaum has made several trips to Foster + Partners’ New York offices and has encouraged collaboration amongst the architectural, interior design and landscape teams. “It’s been like the three amigos,” he laughs. The combination of architecture, interior design and technical features sets this building apart from any other that Lanterra has built. 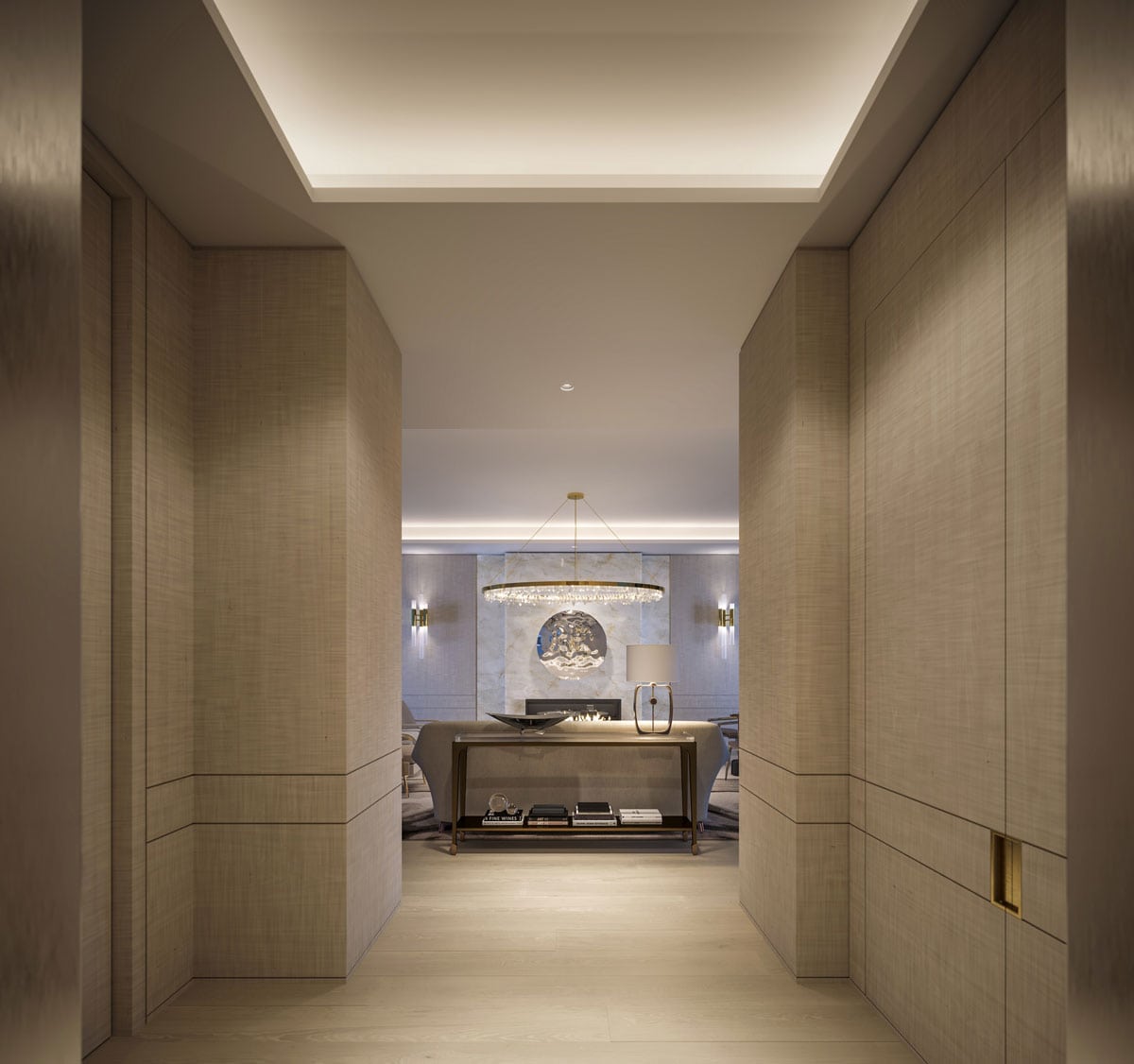 “You can build something like this, which looks great, with residences that look great,” he says, “but in order for the building to behave the way we want it to behave, it takes an extraordinary number of elements that you don’t see., the structure, the mechanical systems, the services. There has been no building that’s had some much thought put into it. It’s definitely a cut above.”

Ground breaking is scheduled for 2019, with occupancy in fall/winter 202. Public sales begin September 13th at 50 Scollard St in Toronto. The presentation centre is by appointment only. For more information check out fiftyscollard.com.