What we know about the new St. Regis, the luxury hotel that will replace Trump Tower

What we know about the new St. Regis, the luxury hotel that will replace Trump Tower 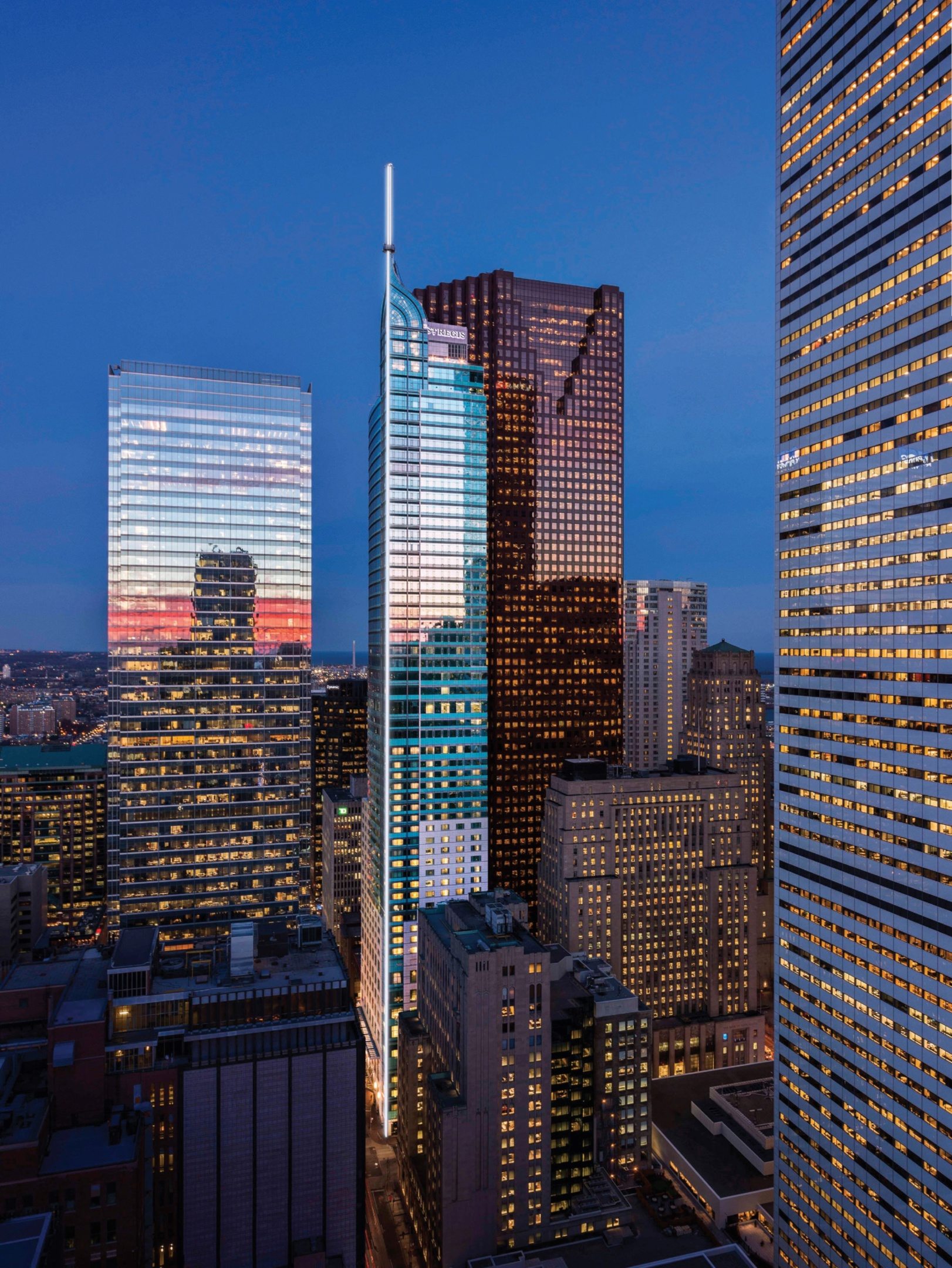 At the beginning of the year, the cash-strapped Trump Tower went up for sale. After a complicated series of court proceedings, ownership of the hotel and the tower’s unsold residential units flowed to JCF Capital ULC, a private investment firm headquartered in the States. Now, the Trump name is officially off the building, and JCF has announced that it’s partnering with Marriott to bring in one of the only luxury hospitality brands currently absent from the Toronto scene: the St. Regis, a hotel chain that’s known for its opulence (albeit a slightly less garish version of opulence than Trump’s). JCF held a press conference on Thursday to hype up some changes it’s making to the building. Here’s what we learned.

There are a lot of upgrades that need to happen before St. Regis is ready to put its name on the building. Until renovations are complete, the hotel will still be open, but it will be known as the Adelaide Hotel.

2. The hotel’s new owner will be providing about $20 million in capital investment

Before reopening, InnVest, which bought the hotel portion of the building from JCF, will be funding a total revamp of the 31st floor’s restaurant and bar (farewell, America) as well as the lobby and lounge, which are currently quite dark and glossy.

3. Your money is most welcome

Anyone who has a few million extra dollars lying around can currently snap up one of the tower’s 74 unfurnished private residences, which range in price from $1.6 to $23 million. After a few post-JCF upgrades, and stylish touches from MCR Interiors and Ann Johnston, they’re seriously plush, with ten-and-a-half-foot coffered ceilings, hardwood floors and fireplaces.

4. The amenities in the new hotel will be outrageously lavish

The St. Regis brand, which was founded by John Jacob Astor in the early 20th century, is known for its insanely attentive service, as well as perks like midnight supper and afternoon tea. The hotel will even have butlers on hand to unpack suitcases, steam dresses and draw baths.

5. The residential amenities will be pretty good, too

Everyone gets access to a pool and gym, and receives discounts on the hotel’s services (like the restaurants and spa). Some of the “Astor Collection” suites on the top floors also have private elevators, free valet parking, the option to buy an Elte furniture package (not on the cheap, of course)—and they come with a $20,000 allowance to spend at any St. Regis hotels around the world.

This post originally misidentified the source of $20 million in capital investment in the hotel portion of the former Trump Tower. The money is being provided by the hotel's new owner, InnVest—not JCF Capital.