I grew up in Applewood, a neighbourhood in Mississauga. My dad worked in IT, while I lived at home with my brother and sister.

My family never had much money, so I learned to be thrifty. I would stash my Halloween candy, wait a month until everyone at school had eaten theirs, then sell it to my classmates for 25¢ per chocolate bar.

When I was 16, we moved to a rental in Port Credit. That’s where I got my first real lesson in the value of real estate. I often went skateboarding in Mineola, an upper-class neighbourhood nearby.

For the first time in my life, I met kids who lived in big houses, with pools in the backyard and Ferraris in the driveway. Meeting their parents, I noticed one consistent theme: most of them invested in real estate. I never forgot that.

After graduating high school, in 2011, I started a company that sold portable cell phone charging stations. I sold my shares in 2017 and got a job selling software at a Fortune 500 company. Around that time, I also started buying Bitcoin and Ether, and, within a year, my initial $5,000 investment grew to $85,000.

With money from my start-up, full-time job and crypto investments, I decided to buy a house. My grandfather, a former real estate agent, suggested getting a home with a secondary unit that I could lease out to cover the mortgage. This approach is known as “house hacking.”

I found a three-bed, two-bath semi in Oakville. The two-storey house had a basement with a separate walkout. 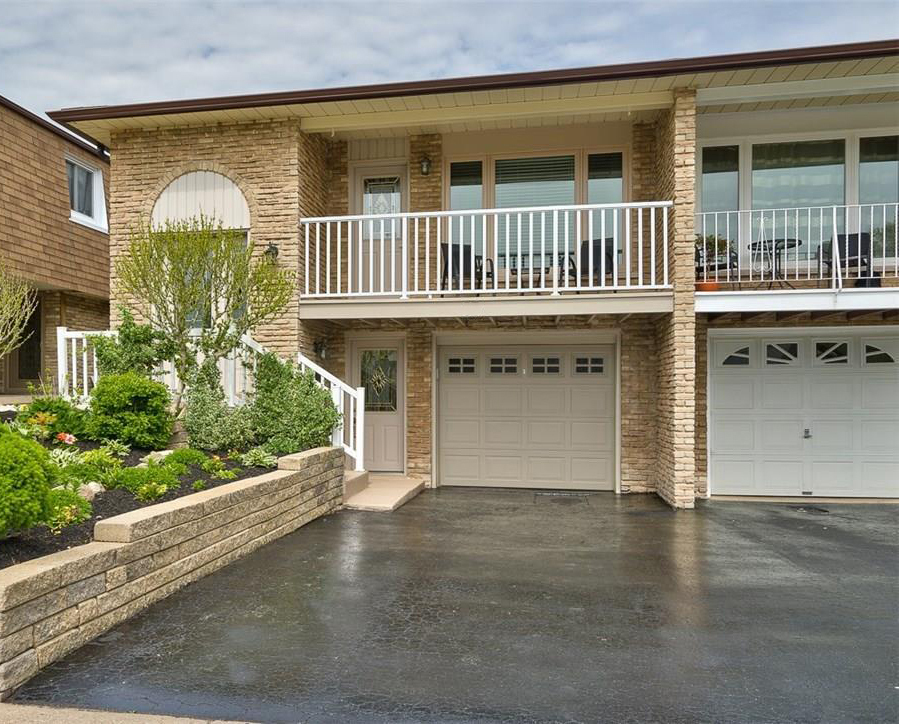 I imagined converting the place into a duplex: the basement and main level would be a single rental unit, and I could live in a second unit upstairs. After doing some research, I estimated it would take two months—and cost about $35,000—to get the conversion done.

Buying the home was a major risk. I had to make monthly $2,400 mortgage payments with zero savings. I’d also already maxed out my lines of credit just to get the place. But I had commissions—plus a very good salary—coming in from my full-time job, which helped cover the mortgage and duplex conversion.

I also took advantage of the Home Buyers’ Plan, which lets buyers withdraw up to $35,000 from their RRSPs to use on their home purchase. Finances would be tight for a little while, but I knew I could start building equity eventually.

To save money, I handled the duplex conversion myself. Permit issues and other unforeseen delays stalled the project and jacked up the cost by $60,000. Fortunately, I could pay for those additional costs with my commissions.

The best lesson I learned: renos almost always end up costing more than originally planned, especially when you’re doing the work yourself. So it’s good to have some financial wiggle room when you stumble upon an unexpected—and expensive—problem.

In early 2019, shortly after completing construction, I found a tenant willing to pay $2,000 a month for the lower-level unit. That income covered my mortgage and I was able to build up my savings again with earnings from my full-time job.

After months of hard work, I was actually building equity, instead of paying someone else for a place to live. I was now also familiar with the BRRRR (Buy, Renovate, Rent, Refinance, Repeat) method and planned on implementing it. 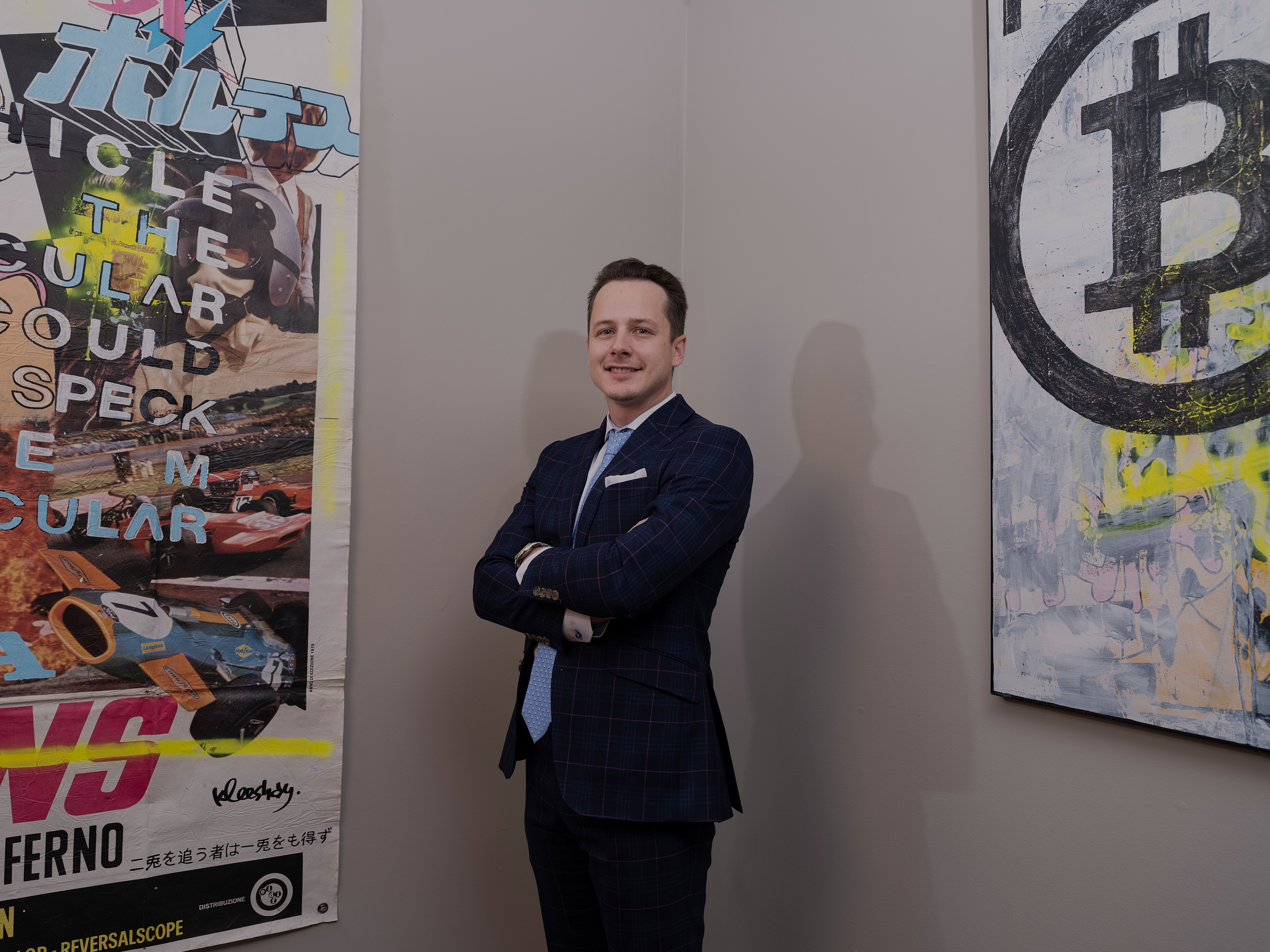 Of course, the strategy isn’t risk-free. The most crucial part of the whole process is the refinancing stage. When you go to a bank to refinance your property, the bank does a conservative appraisal of its value, using variables like comparable property sales and other market trends. The bank then determines the size of the loan it’s willing to offer you.

An ideal implementation of the BRRRR method requires getting your down payment and renovation costs back during the refinancing stage. But if the bank loan you’re offered isn’t large enough, you can’t pull all of your initial capital out.

The second major risk you’re taking is the chance that one or more of your tenants might not pay their rent. The bank doesn’t care if your tenants lost their jobs or skipped out on their leases. You still need to make your payments.

Lastly, if you’re a smaller investor like me, you might not be comfortable living with the burden of hundreds of thousands of dollars of debt that makes the BRRRR method possible. But I was willing to take the risk, with the understanding that I could build equity.

So I went to work. I focused all my energy on growing my sales commissions. I refinanced my Oakville home. And by early 2020, I had enough to set a $750,000 budget for a triplex or quadplex.

When Covid-19 hit a couple of months later, the market cooled off a bit. That’s when I encountered a great opportunity: I met someone who wanted to sell his Hamilton quadplex immediately, in order to save his pandemic-stricken business. In exchange for a quick close, the seller gave it to me for $620,000. 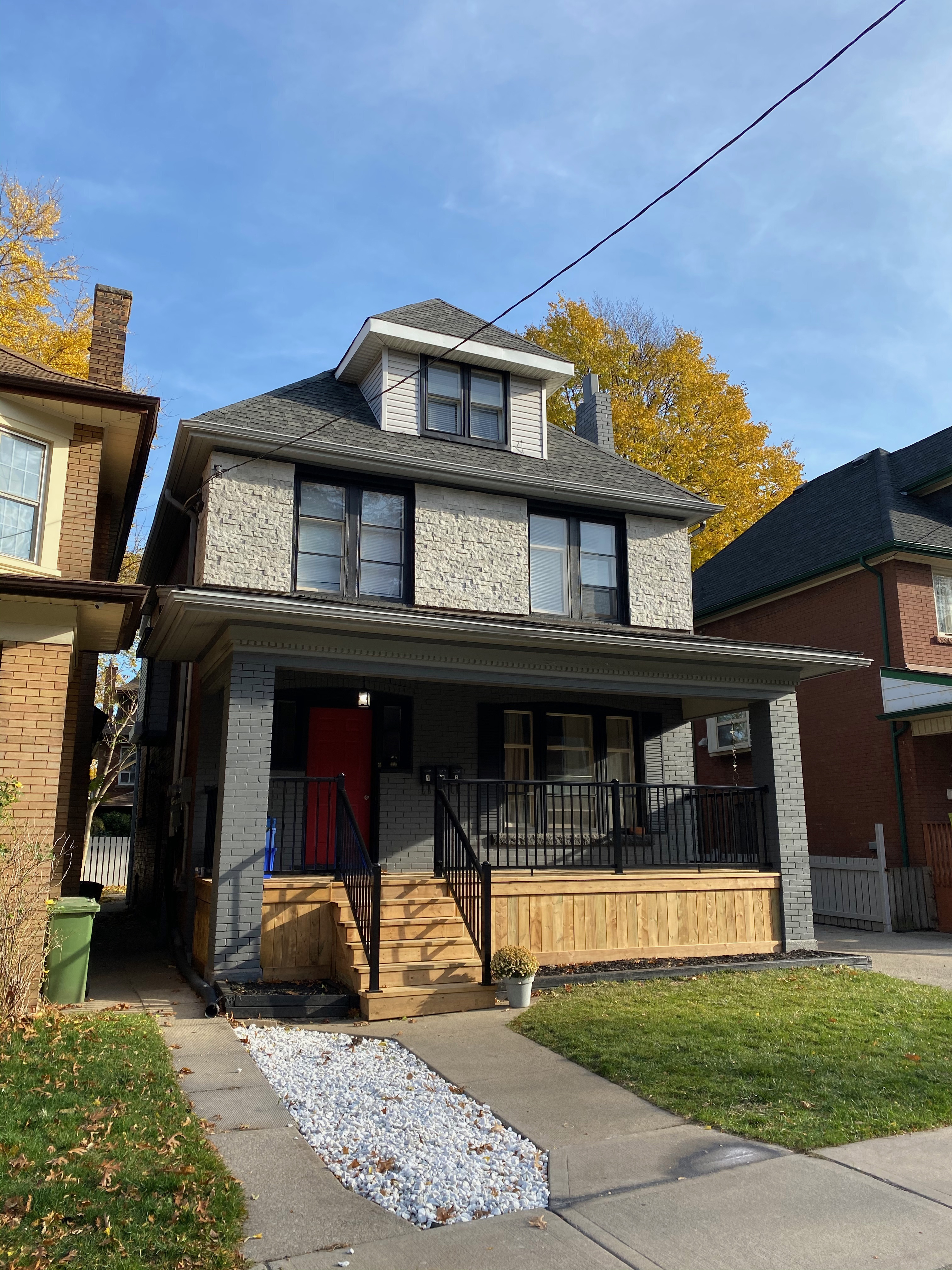 In the spring of 2020, after closing on the Hamilton property, I started extensive renovations, including a full gut job on three of the units and an overhaul of the exterior. Once again, I did a lot of the work myself.

On a typical day, I would be on the job site building something, then throwing on a suit to do a presentation for my day job. Once the $120,000 renovation job was finished, my four tenanted units began bringing in $4,700 in monthly income.

At this point, I owned two properties—one in Oakville, one in Hamilton—with six units in total. I understood how to repeat the BRRRR formula and make money with it.

By the fall of 2020, I was ready to expand further. I refinanced my Hamilton quadplex, which had nearly doubled in value because of renovations and the red-hot real estate market, which had recovered following that initial cooling-off period at the start of the pandemic. Combined with my commission earnings, I had $450,000 in cash to spend on down payments for more real estate. I quickly acquired a Mississauga duplex. 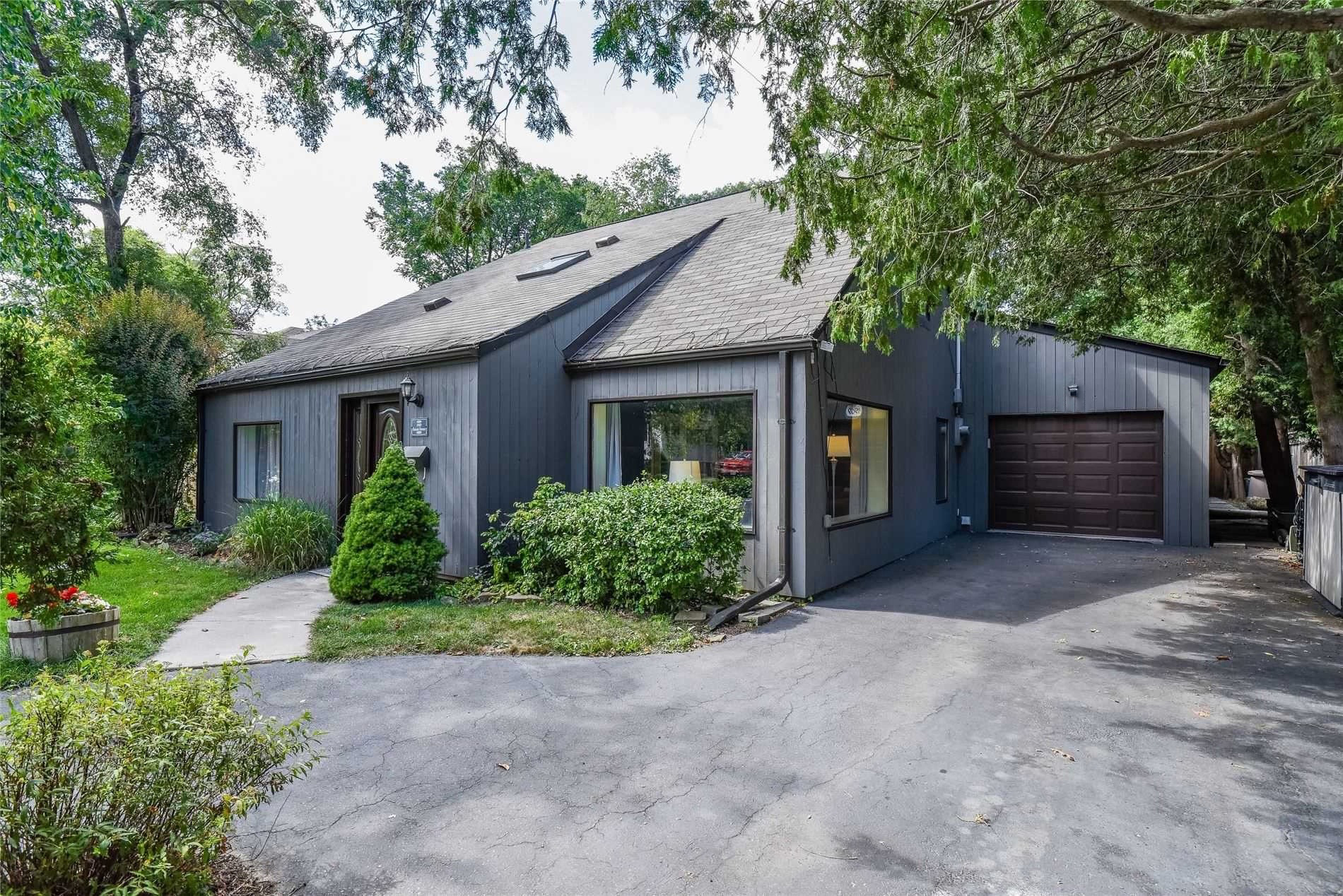 A pre-construction two-bedroom in Blue Mountain.

A pre-construction townhouse in Barrie. 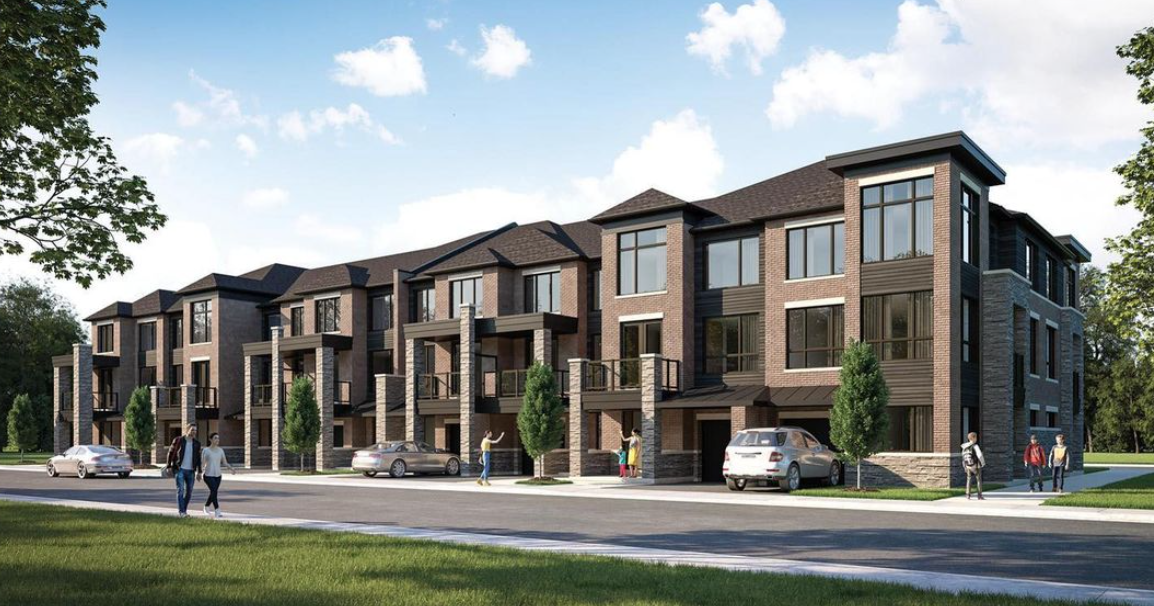 And a triplex in Owen Sound. 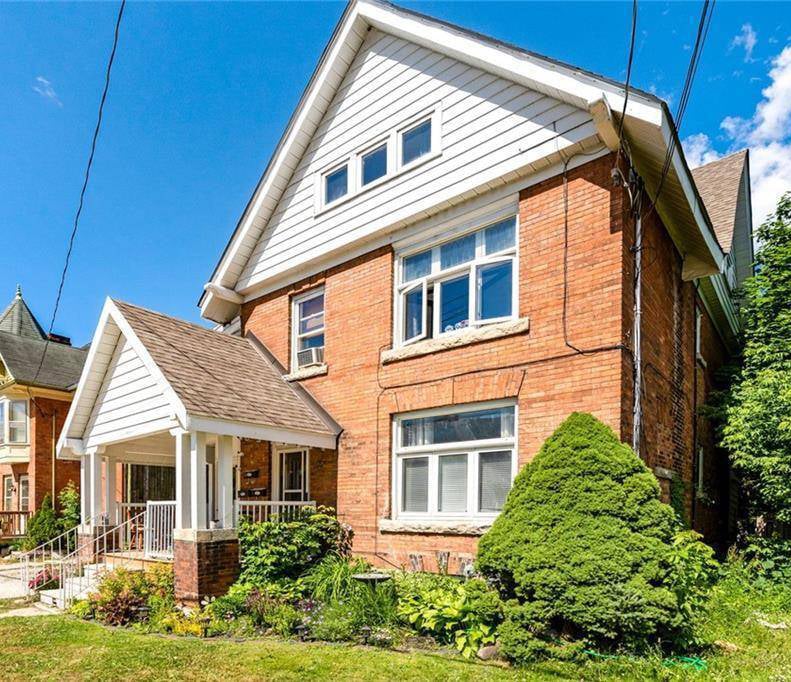 I currently own six properties throughout southern Ontario, with a portfolio worth roughly $7 million, based on recent appraisals and market comparables.

In early 2021, I got a new full-time job selling software to large businesses, while I take care of my real estate business in my spare time. Eventually, I’ll transition out of my day job, but I’m still enjoying the work. Plus, it’s always good to have multiple sources of income.

My story proves it’s possible for millennials to buy a house in the GTA and build a business out of it. I was able to accomplish this without any financial help, albeit using a relatively risky investment method.

In the long term, I want to grow my business, now called Bernstone Capital. It might seem overly ambitious, but I want to have more than $10 million in real estate assets by the time I’m 30, and roughly $50 million by the time I’m 40. Not bad for someone who got their start selling Halloween candy.

Do you have an interesting real estate story? Wait, did you move to Toronto during the pandy? We’d love to hear about it: realestate@torontolife.com