House of the Week: $3.3 million for a four-bed Beaches home with a walk-in closet for sneakerheads

House of the Week: $3.3 million for a four-bed Beaches home with a walk-in closet for sneakerheads

The heritage property, which underwent a million-dollar makeover in 2017, also comes with a spa-like ensuite, a wine and beer fridge, and a massive backyard 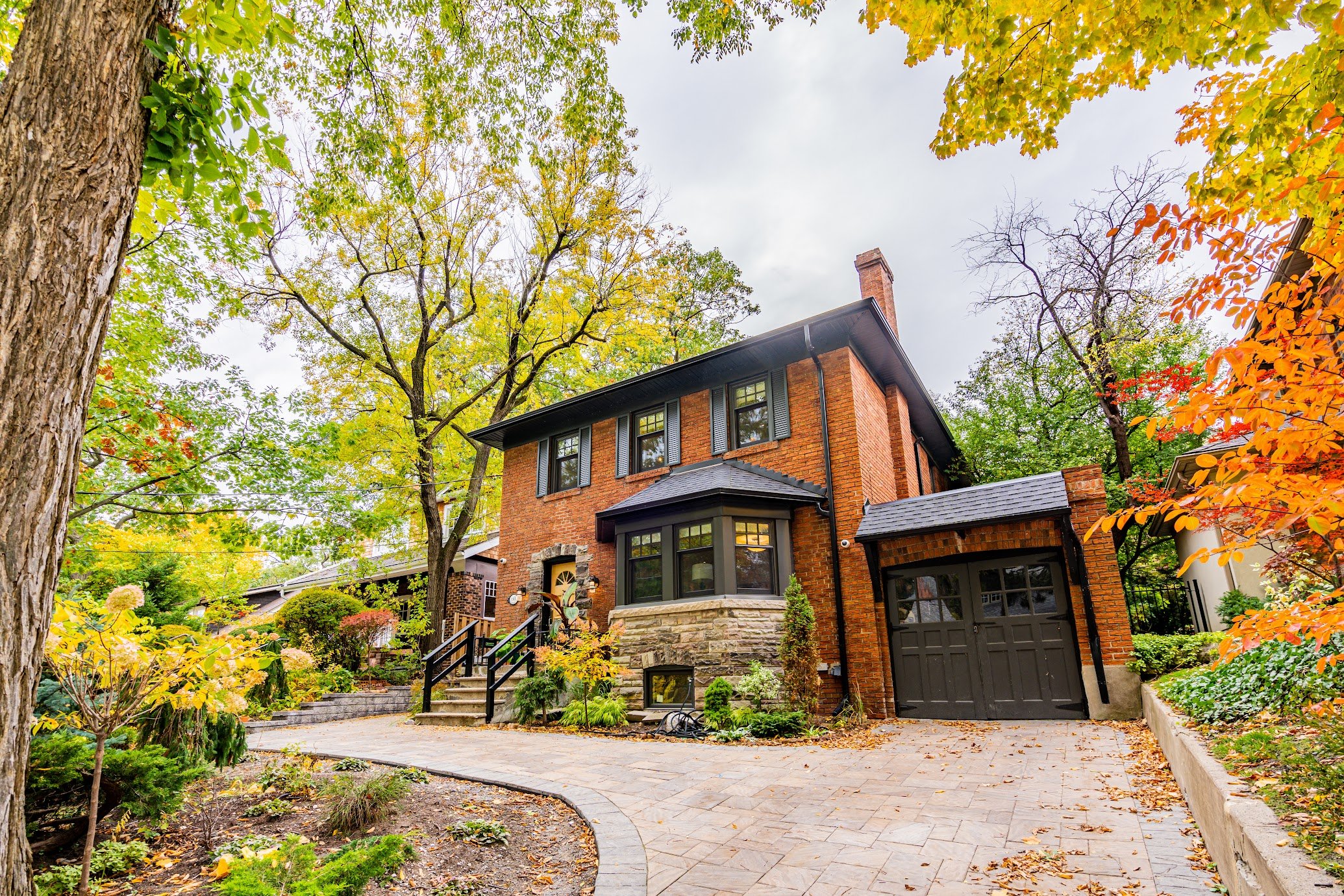 A renovated heritage home on a 5,500-square-foot lot up the street from Silver Birch Beach.

When the current sellers bought the house in 2017 for $1.7 million, its façade, appliances and decor had not been updated since its original construction in 1929. The new owners gave it a million-dollar makeover, revamping the place with luxury features like Italian cabinetry and a kitchen with a waterfall island as well as an ensuite and walk-in closet in the primary bedroom.

Renovating was a big chore for the sellers, says realtor Shane Little, as all changes to the house had to be approved by a heritage committee, and that can take months. “They went through with it because they loved the idea of raising their kids in the Beaches, near good schools and just a short stroll from the boardwalk,” he says.

The brick and stone façade is preserved from 1929, but the double-hung, aluminum-clad windows are new. 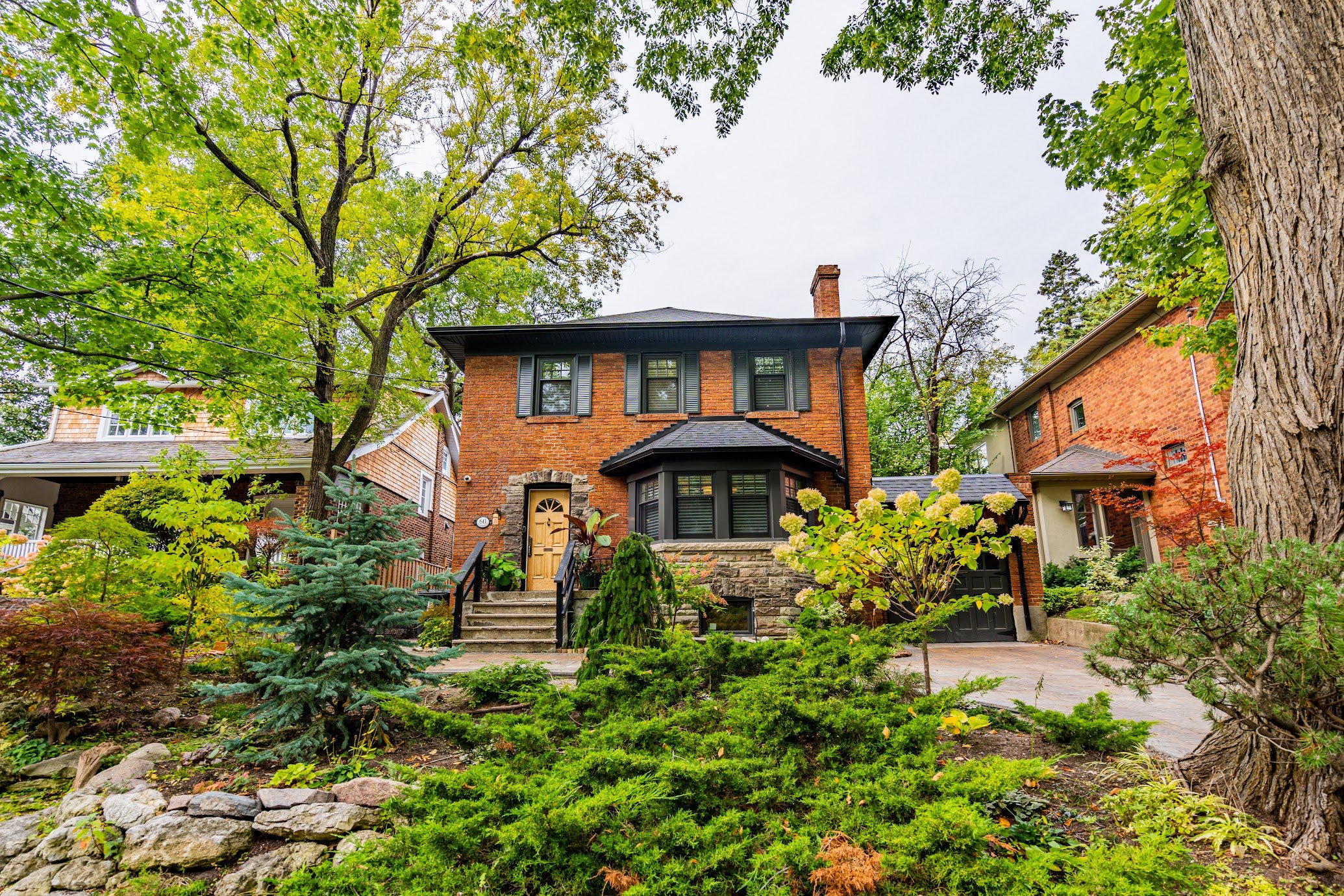 In the living room, a wide bay window overlooks the front yard. The fireplace and crown moulding are original; everything else was redone. 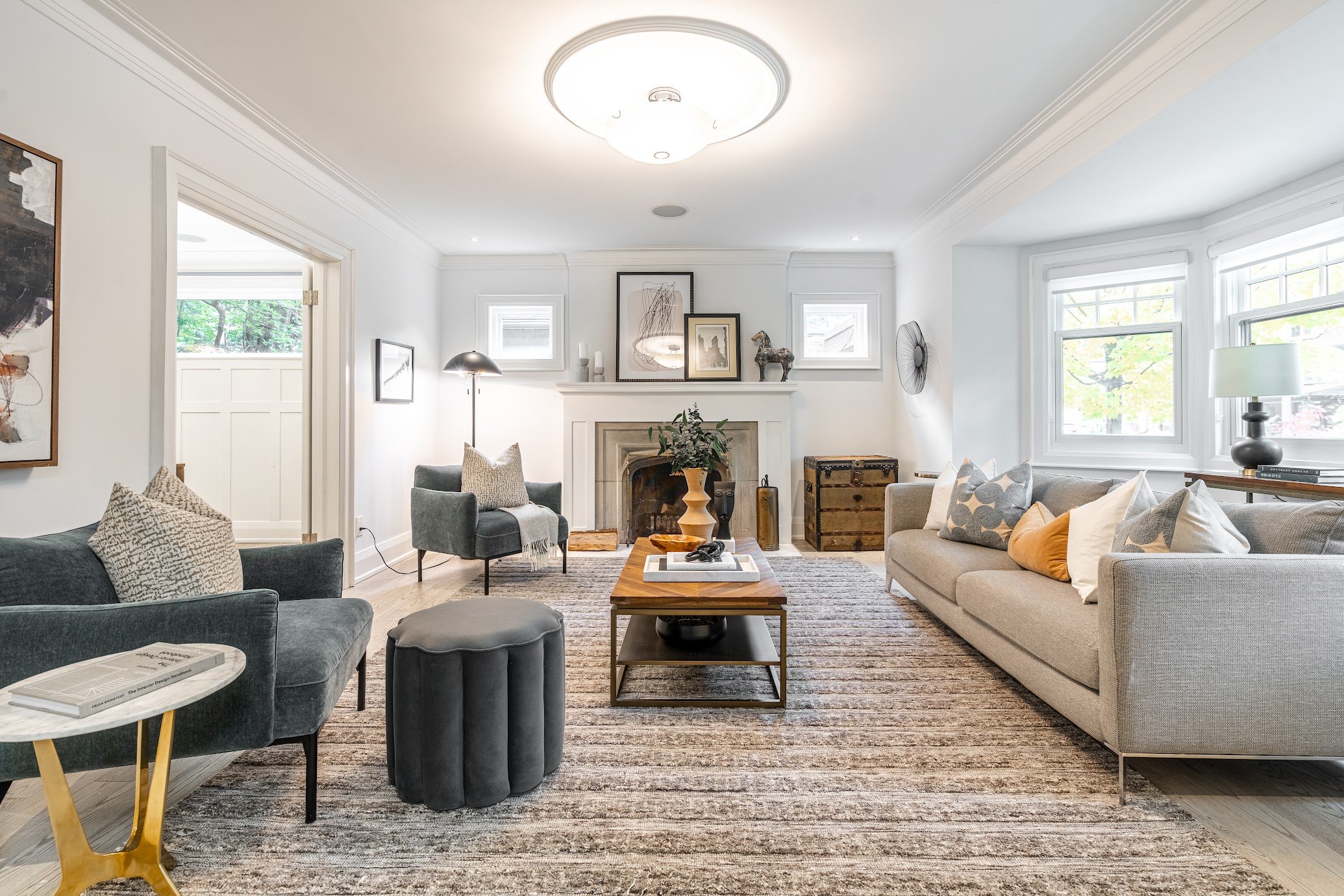 The kitchen, with its four-by-eight-foot waterfall island, large Sub-Zero fridge and extra-large wine and beer fridge, is designed for entertaining. The white porcelain-composite backsplash and countertops keep the space clean and bright. 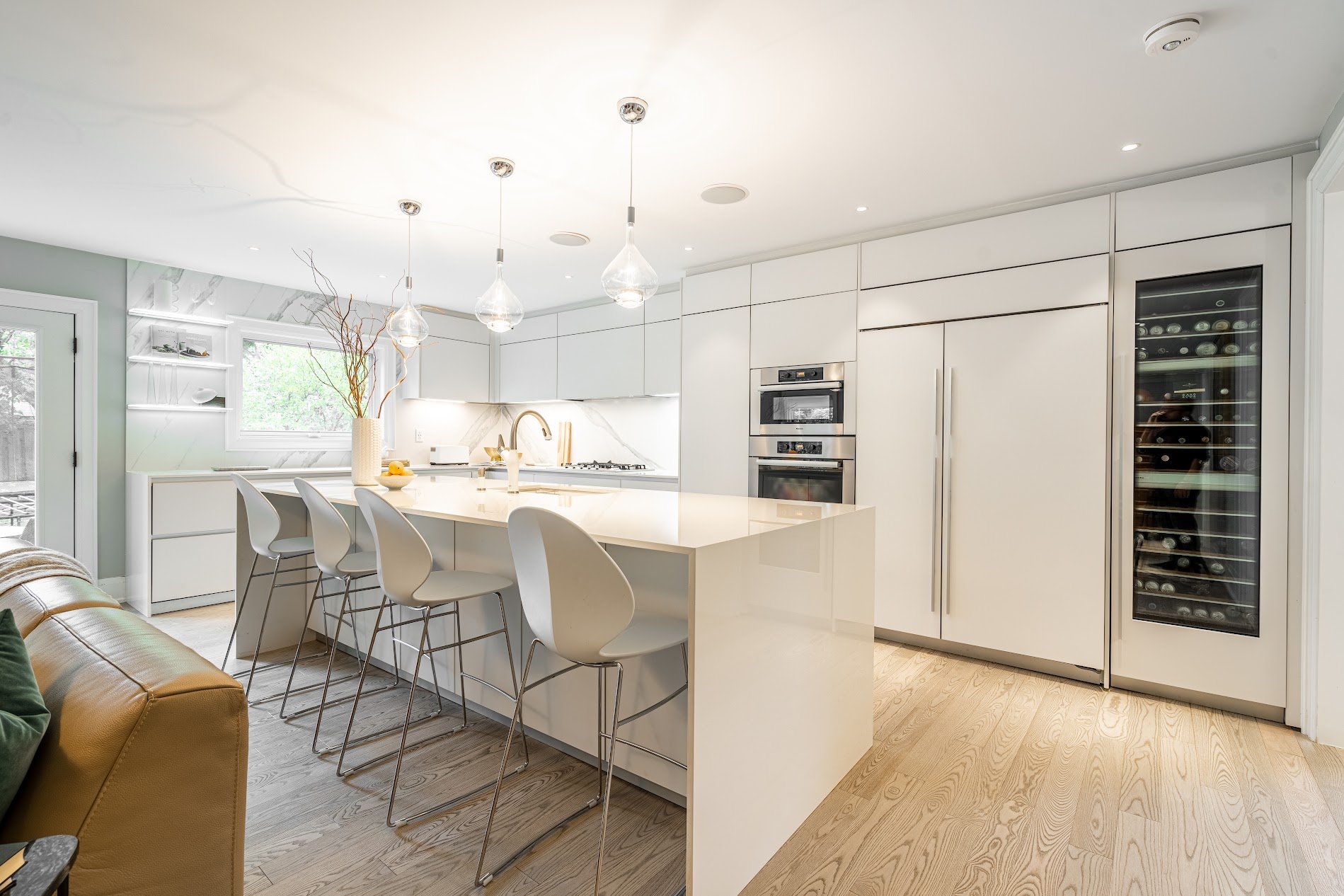 Here’s a closer look at the kitchen’s bells and whistles. Cabinetry and vanities throughout the house were all custom-made by Italian designer Pedini. 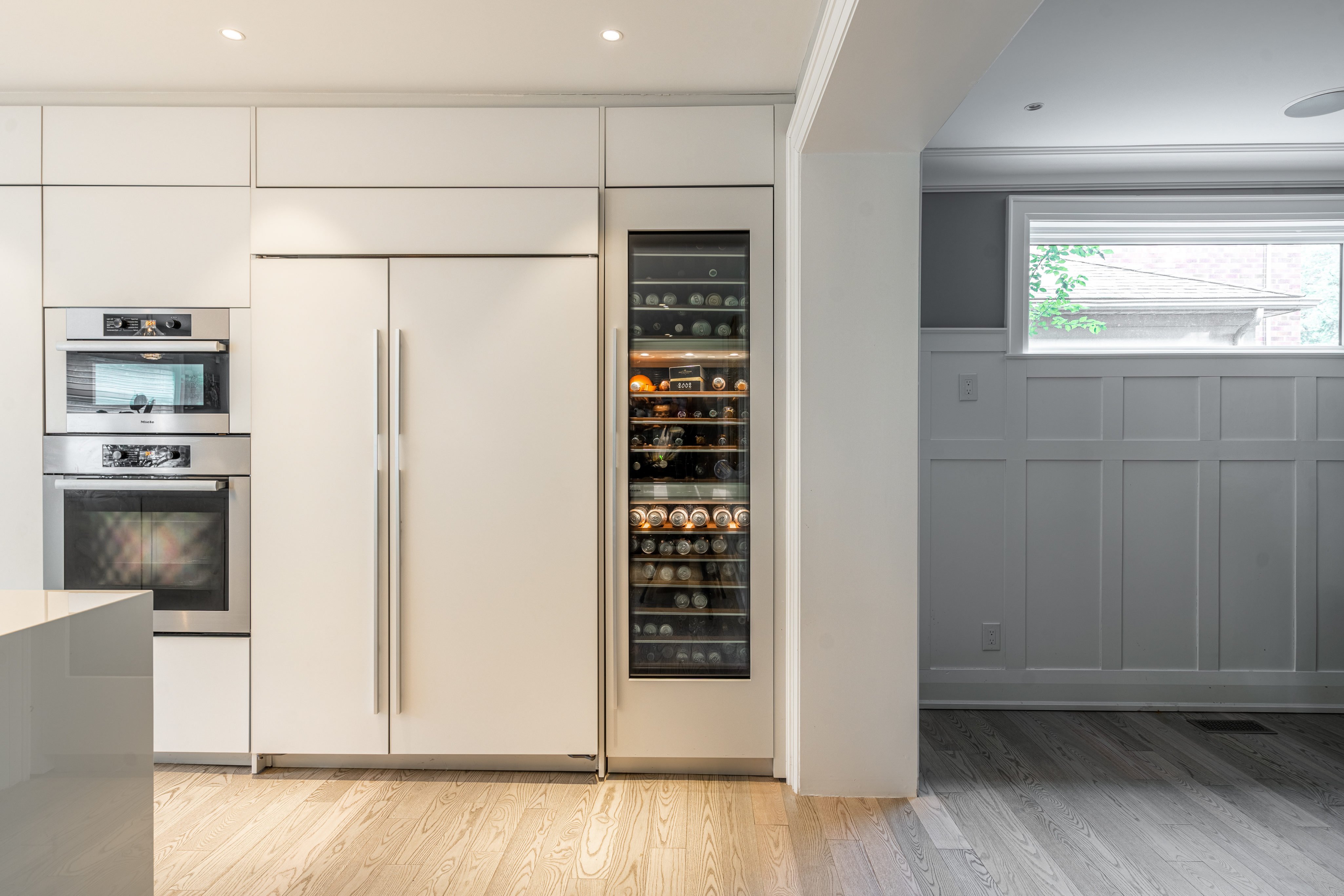 The main bedroom is expansive, with hardwood floors and plenty of natural light. 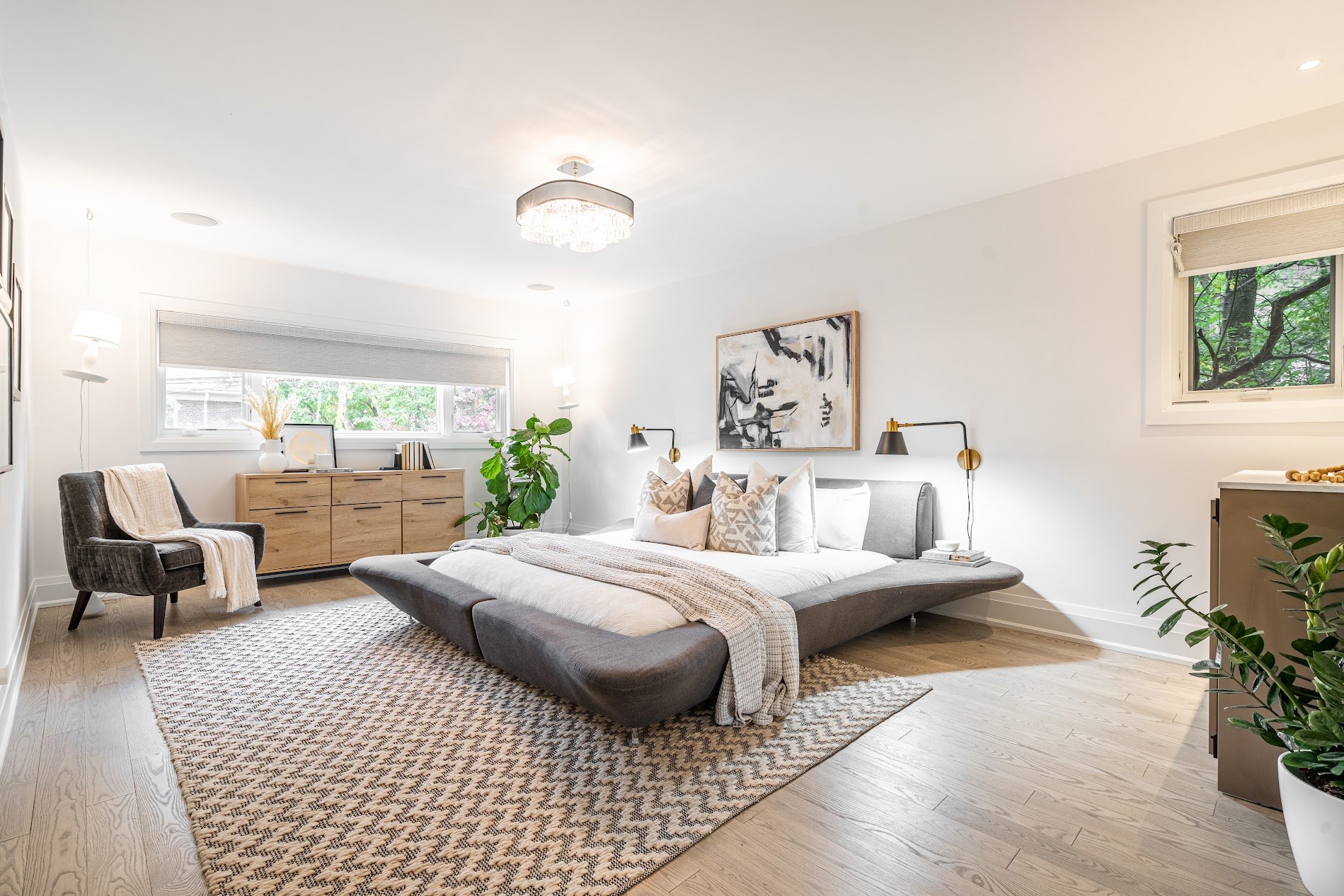 New owners will likely be spending a lot of time in the spa-like ensuite, with its marble flooring, wall tiles, waterfall shower head and huge soaker tub. 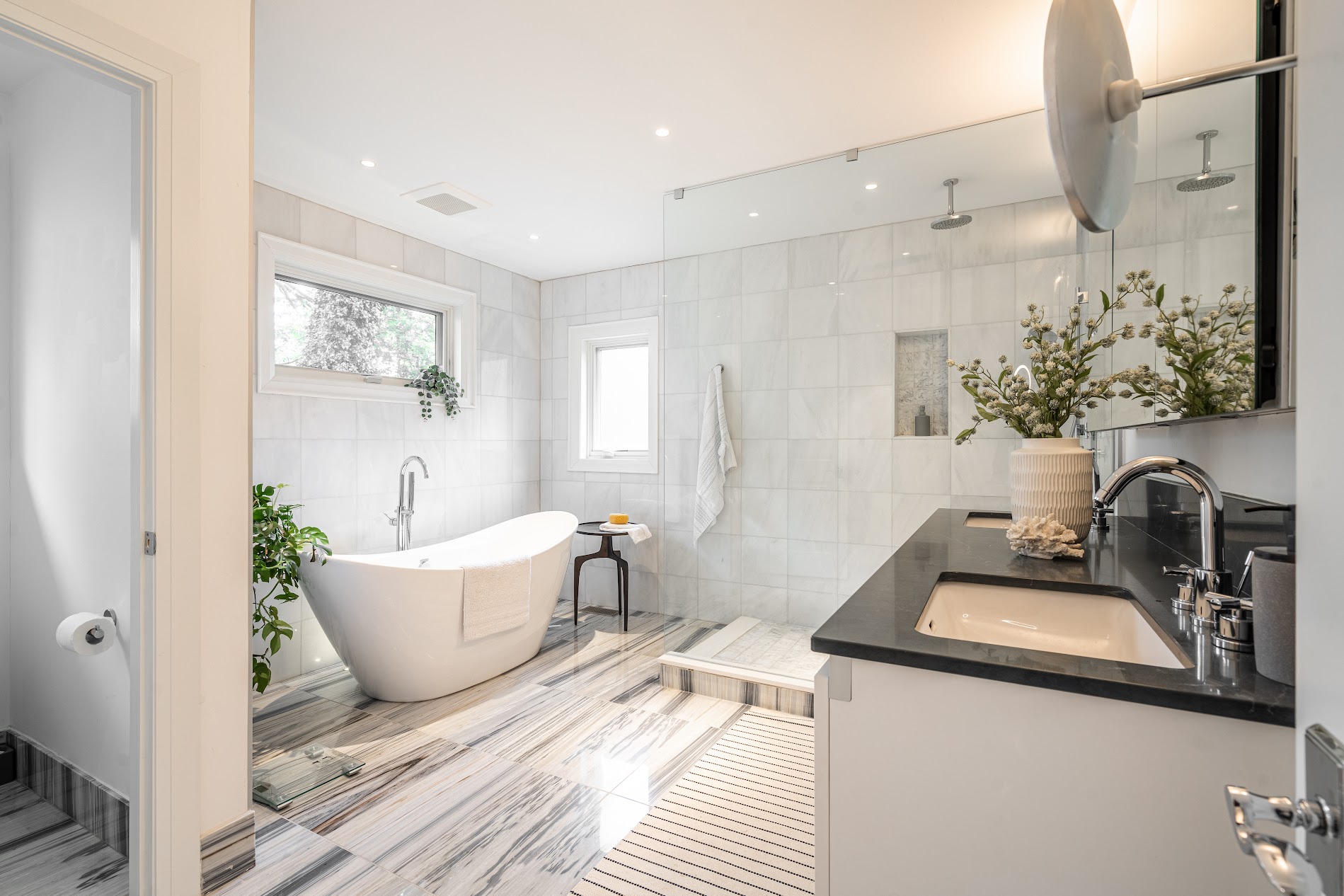 Now, the walk-in—a dream for any sneakerhead. 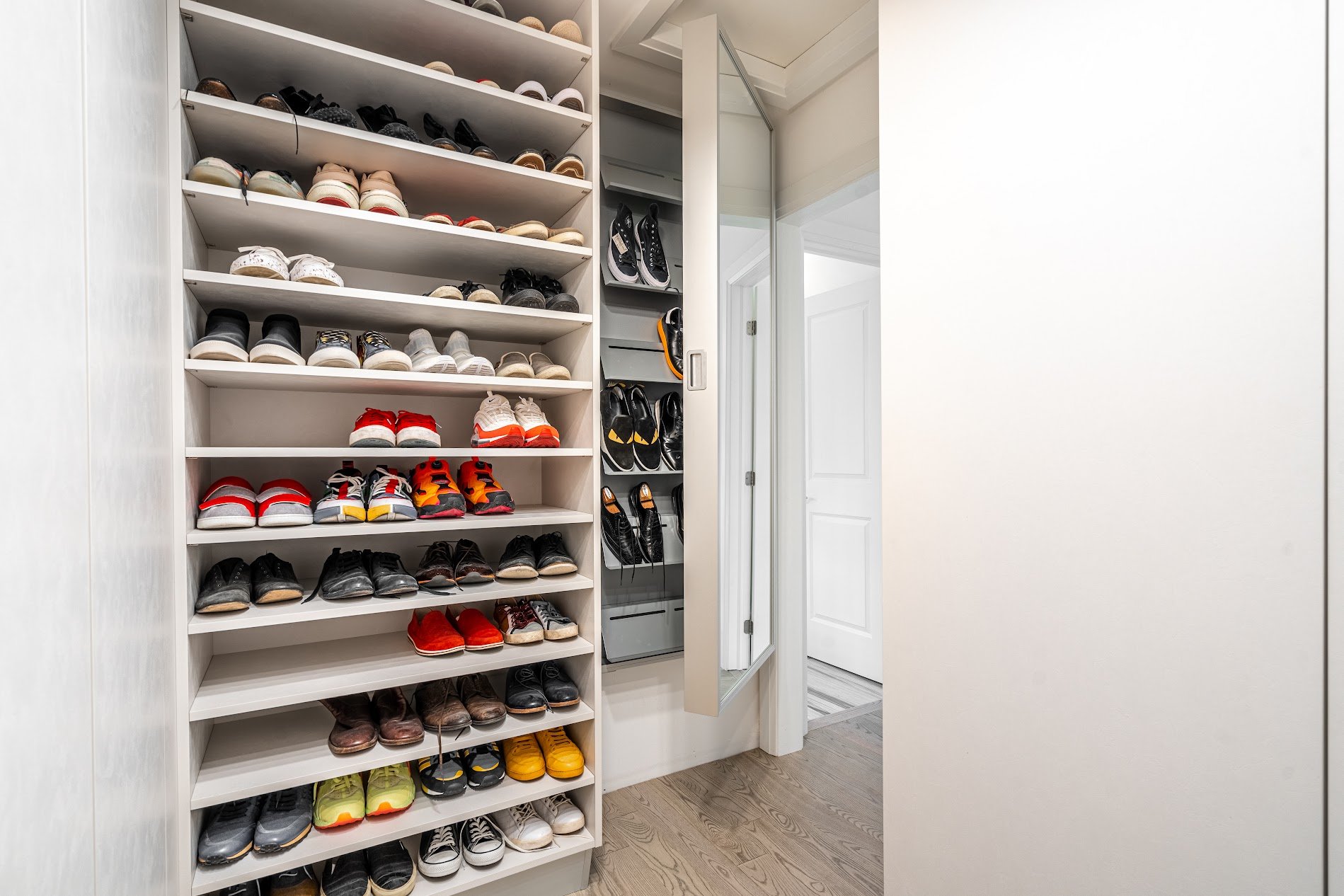 The backyard is big, lush and secluded. And, while the neighbourhood is revered for its small-town family feel, Little adds that nightlife has finally found a home on Queen East. “There’s a burgeoning bar and restaurant scene here,” he says. “But, if you need more big-city energy, you’re just a speedy streetcar ride from downtown.” 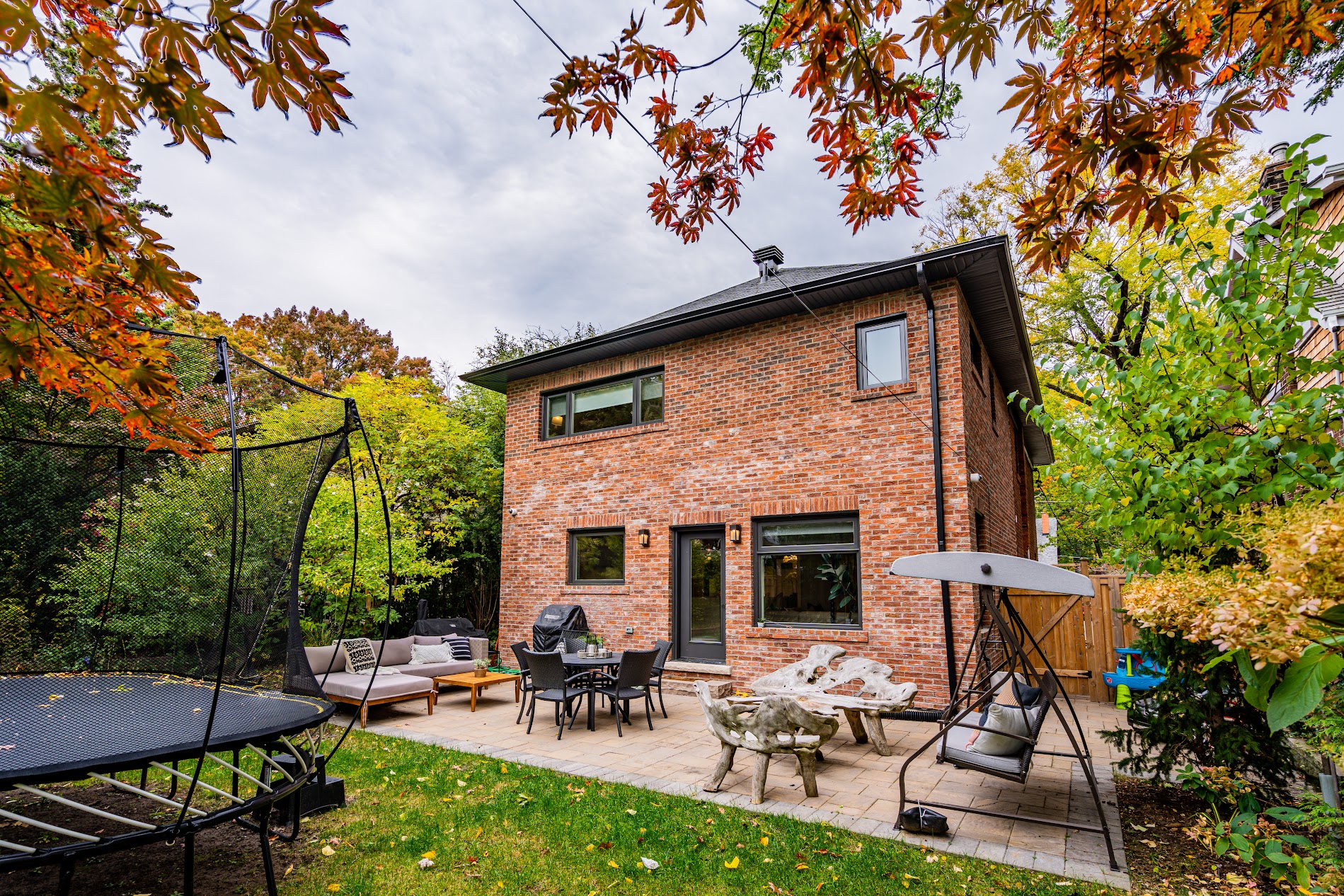