A heritage-designated Annex house gets a Superkül update

A heritage-designated Annex house gets a Superkül update

Transforming a traditional home into a sleek contemporary space is a tricky feat, one that’s only compounded when the structure has designated historical status. Such was the challenge faced by Superkül’s Andre D’Elia, who’s behind this gorgeous Annex reno. Not only did he and his team have to engage with the City of Toronto’s preservation services department as they developed their design plans, they were also ­limited by Ontario’s building code—because of the house’s proximity to the property line, there was no legal means for introducing new windows along the sides. They had to devise a creative strategy for increasing the natural light. D’Elia busted open the claustrophobic interior to maximize airiness and constructed a graceful rear addition. The excavation for the addition had to be done by hand, because the walkway between the house and its next-door neighbour was too tight too allow even a small excavator to be transported around back. Though Superkül’s revamp didn’t technically add a lot of space—a total increase of just 745 square feet—the design had a dramatic effect on the light, flow and overall personality of the house.

To allow rays to filter from above down to the main level, D’Elia installed four skylights in the roof and cut an open slot in the second floor, parallel to the corridor: 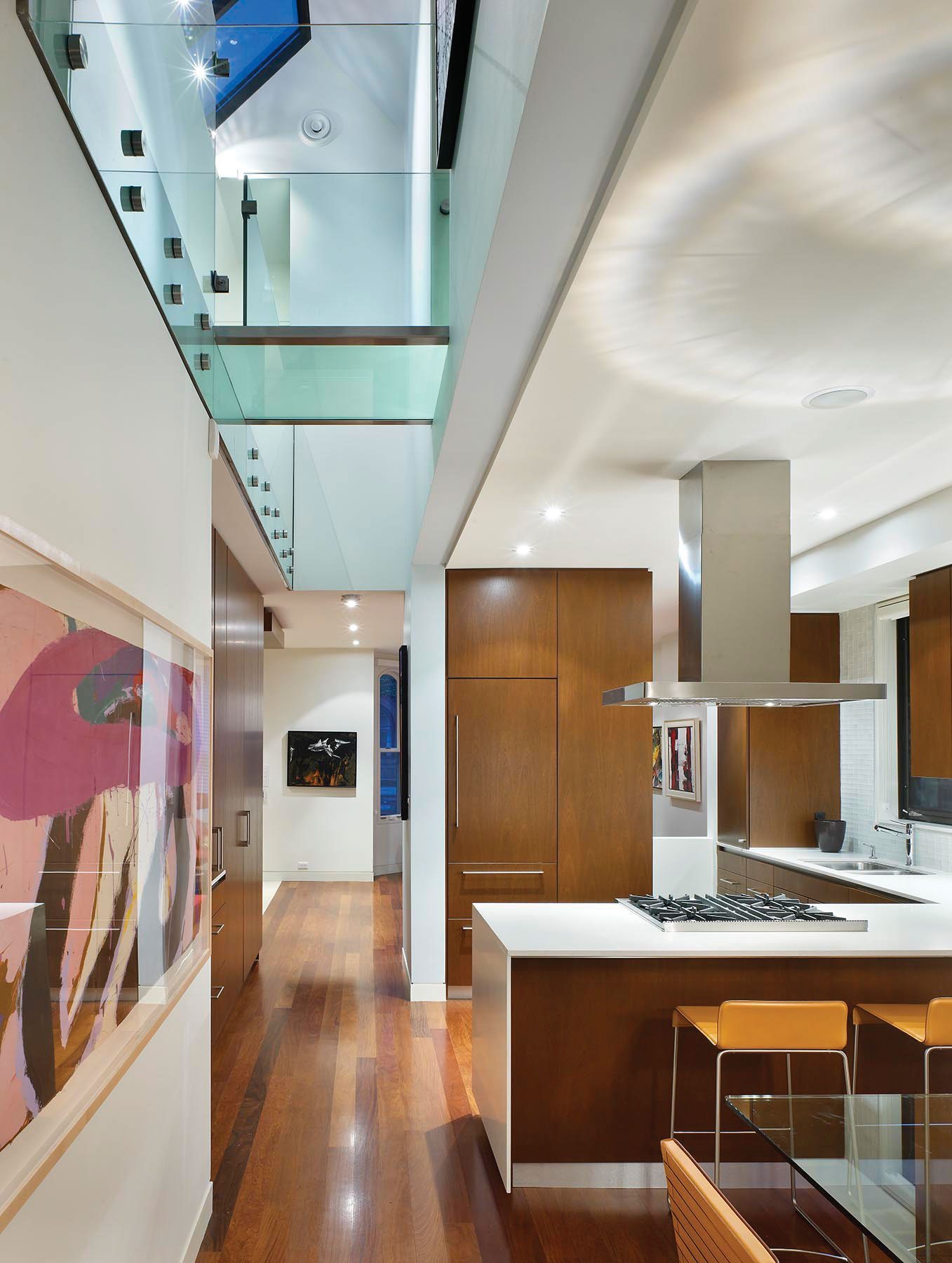 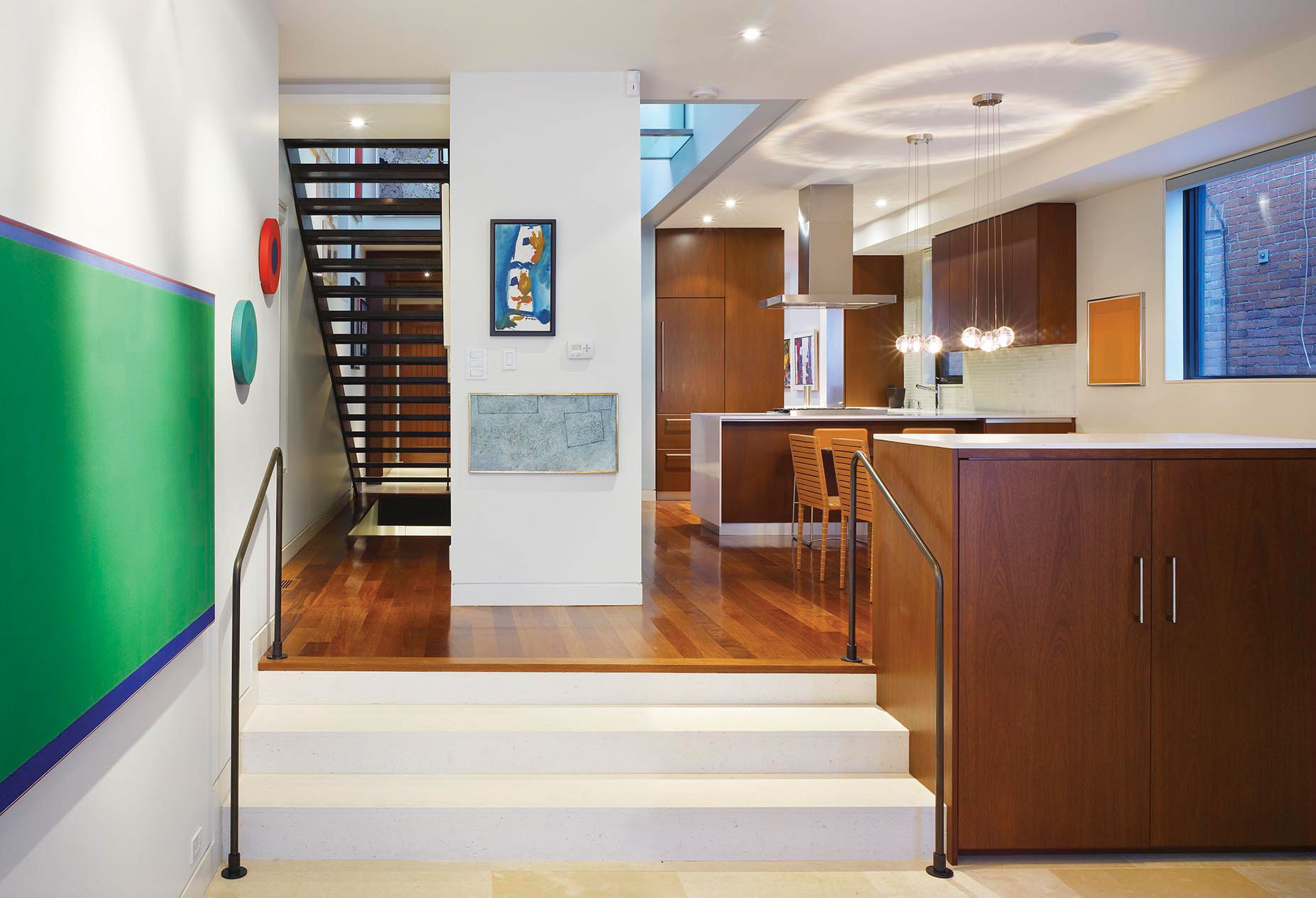 An extension at the rear of the building increased the living space and introduced lots of light into the home, to help showcase the clients’ art collection, including this Evan Penny sculpture: 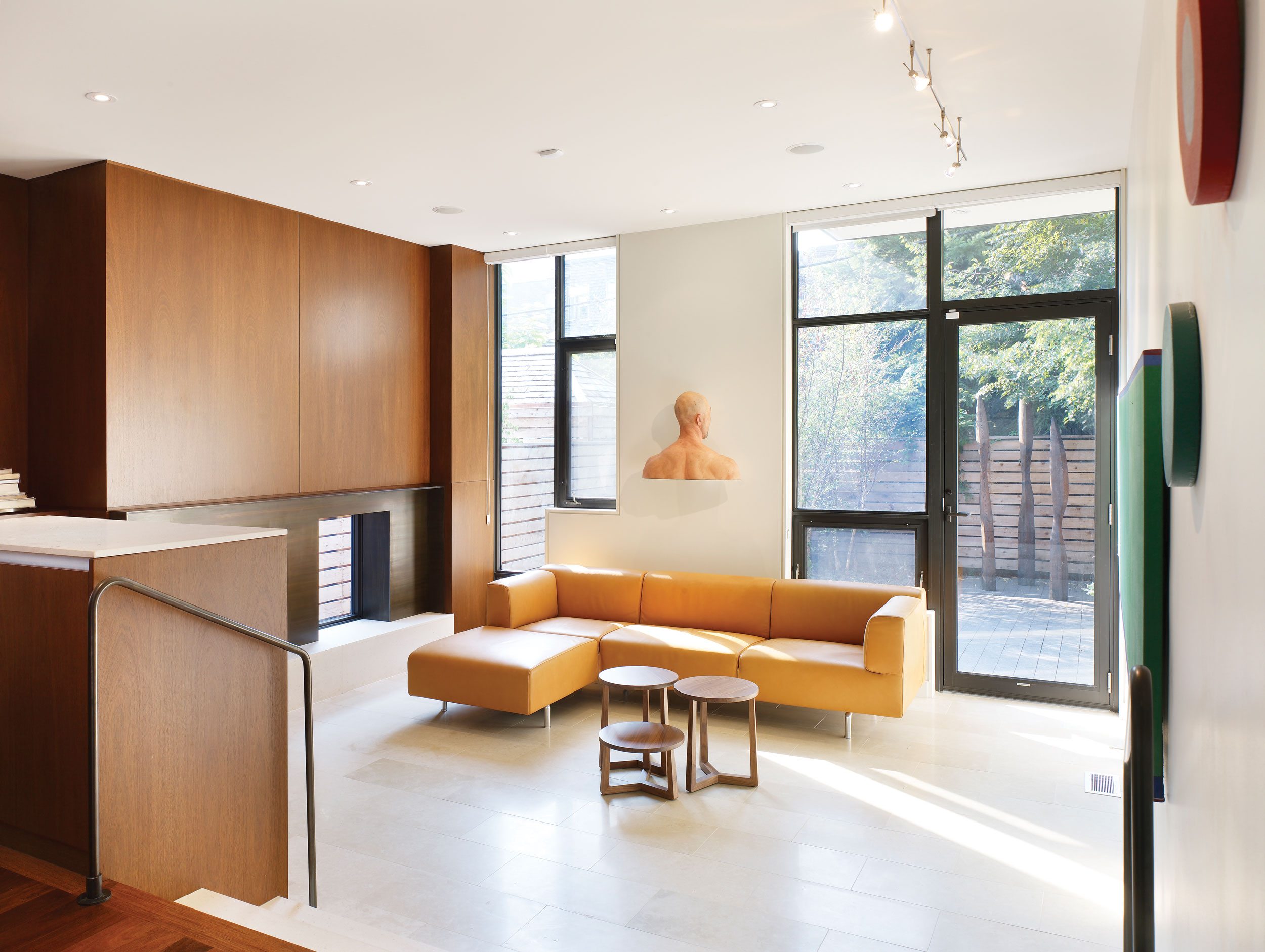 The rear façade breaks away from the traditional look that dominates the neighbourhood. The architect describes it as “an unapologetic gesture of modernity,” though he notes that it was designed to respect the sightlines of neighbouring houses and is clad in unshowy dark brick: 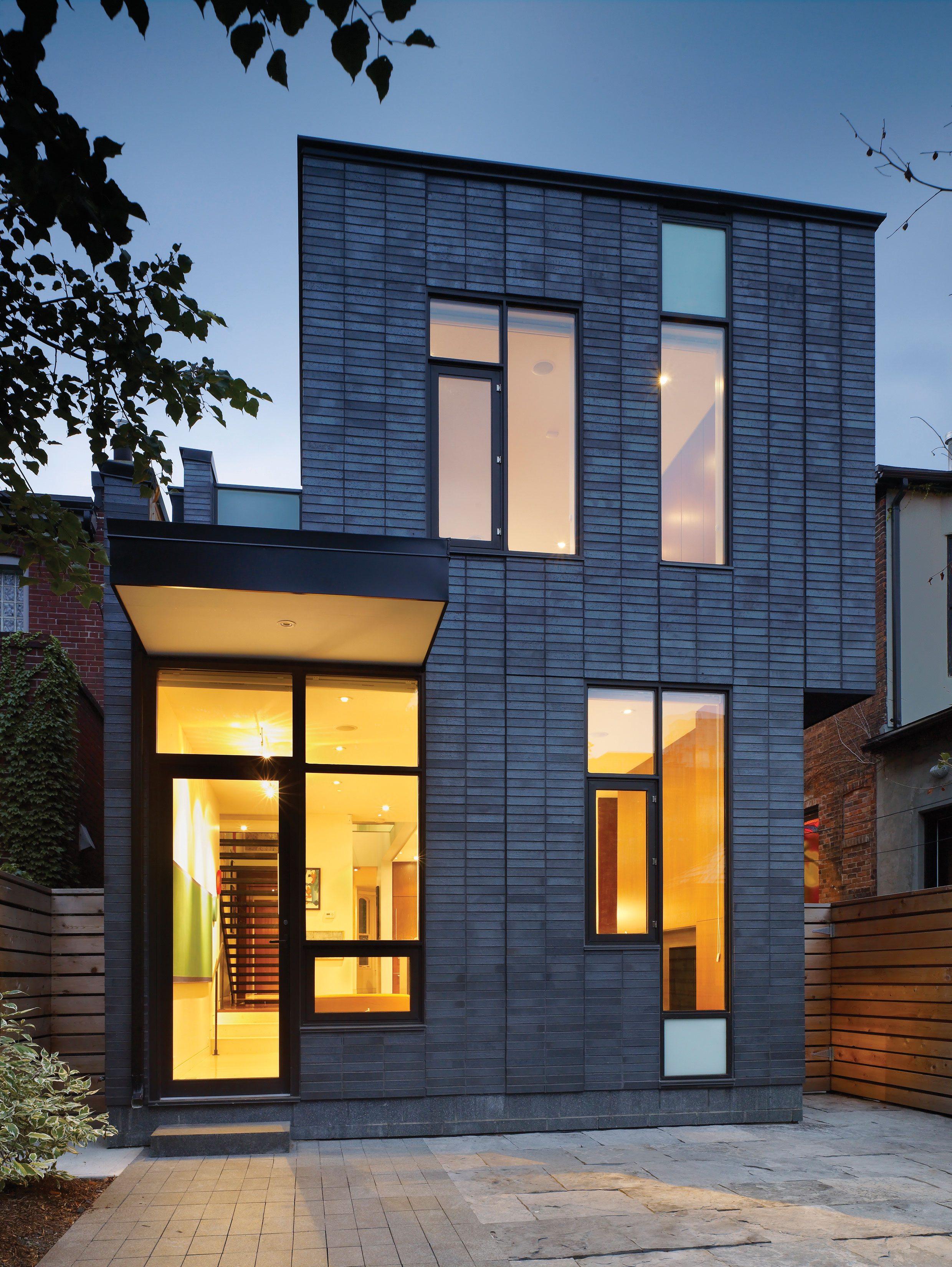 The brick and exterior wood trim at the front of the house were retained (and meticulously restored), in accordance with the home’s heritage designation: 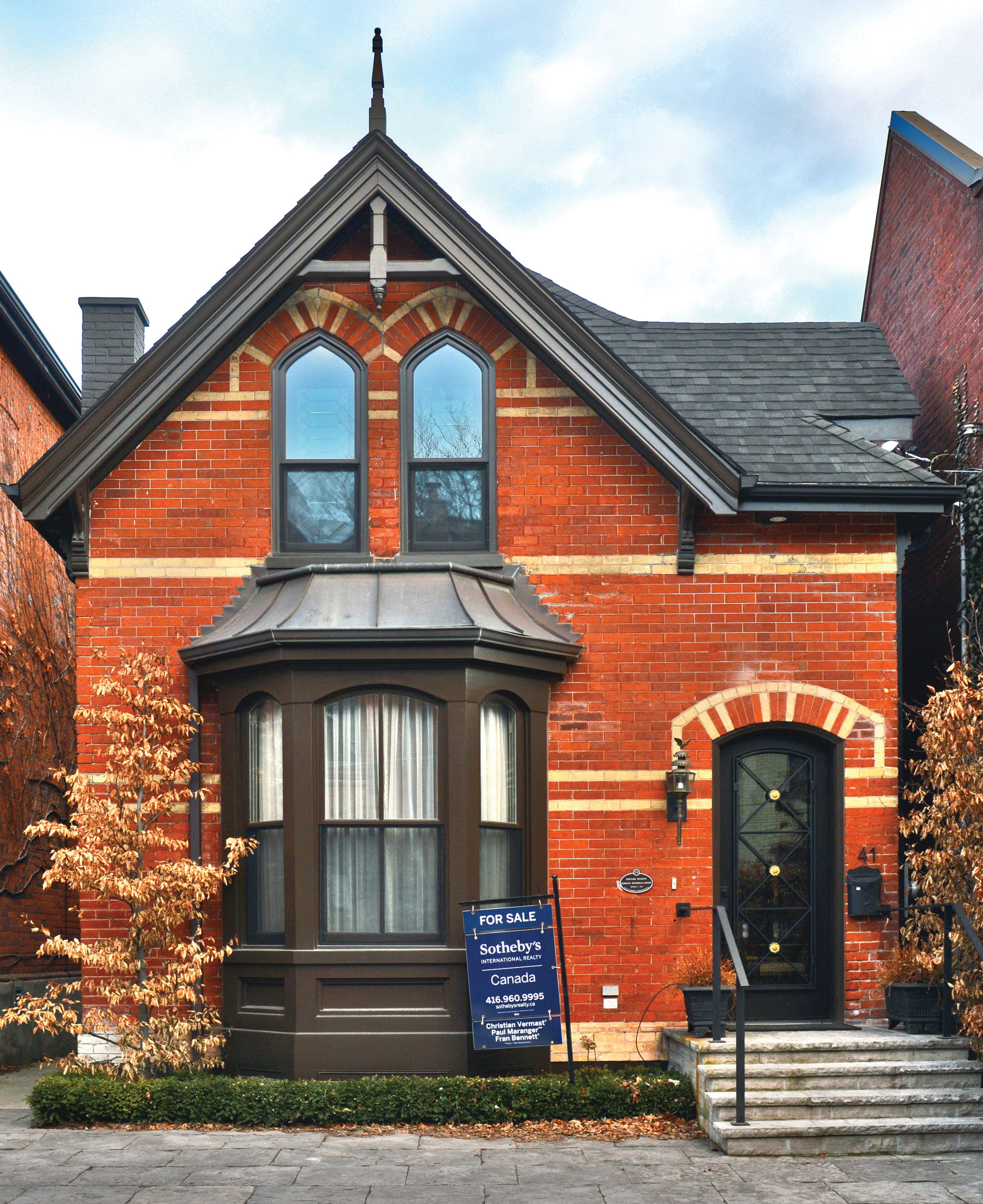 And here’s a sampling of what the interior looked like before the overhaul: 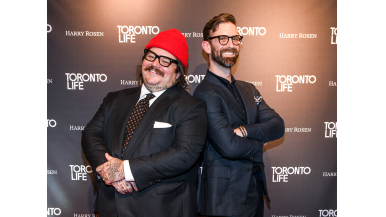 Inside Toronto Life’s Most Influential party, with Matty Matheson, Mattea Roach and more