Surrounded by parkland, and with its own stop on the new Crosstown Eglinton Crosstown Light Rail Transit (LRT) line, the intersection of Eglinton Avenue and Don Mills Road is superbly connected to an array of area amenities. The area tucked between two branches of the Don River is already home to the Ontario Science Centre, the Aga Khan Museum, schools and golf courses. It’s very close to the great shopping and dining spots of Leaside. And it’s just 10 minutes from the exciting restaurants and nightlife at Yonge and Eglinton.

But a bold new development by Aspen Ridge Homes is set to unleash the area’s true potential, with an innovative mixed-use neighbourhood on a grand scale—including an entrance to the new Science Centre LRT station within one of the community’s office towers. Called Crosstown, the 60-acre community reimagines industrial lands as a place to live, work and play, capable of housing more than 10,000 Torontonians.

The master-planned community will be created and curated by the impressive team of architects and designers brought together by Aspen Ridge Homes. It’s a game changer not just for the area, but for Toronto. The plan encompasses 18 contemporary condominium buildings, 30 townhome buildings, 300,000 square feet of office space, restaurants and cafes, more than five acres of parks and playgrounds — and a large community centre complete with two hockey rinks, a basketball court and a full gym. The location itself gives the project a unique advantage. Crosstown links to Toronto’s largest park system, which includes Seaton Park, the 150 acres of Sunnybrook Park and Wilket Creek Park.

When the Eglinton LRT opens in 2021, the community will have enviable access to the TTC to get residents downtown, and provide connection to Pearson International Airport and beyond. The Science Centre is also slated to be a stop on the proposed Ontario subway line, which the government put on a fast track this spring, to run downtown and then to Ontario Place on the waterfront. 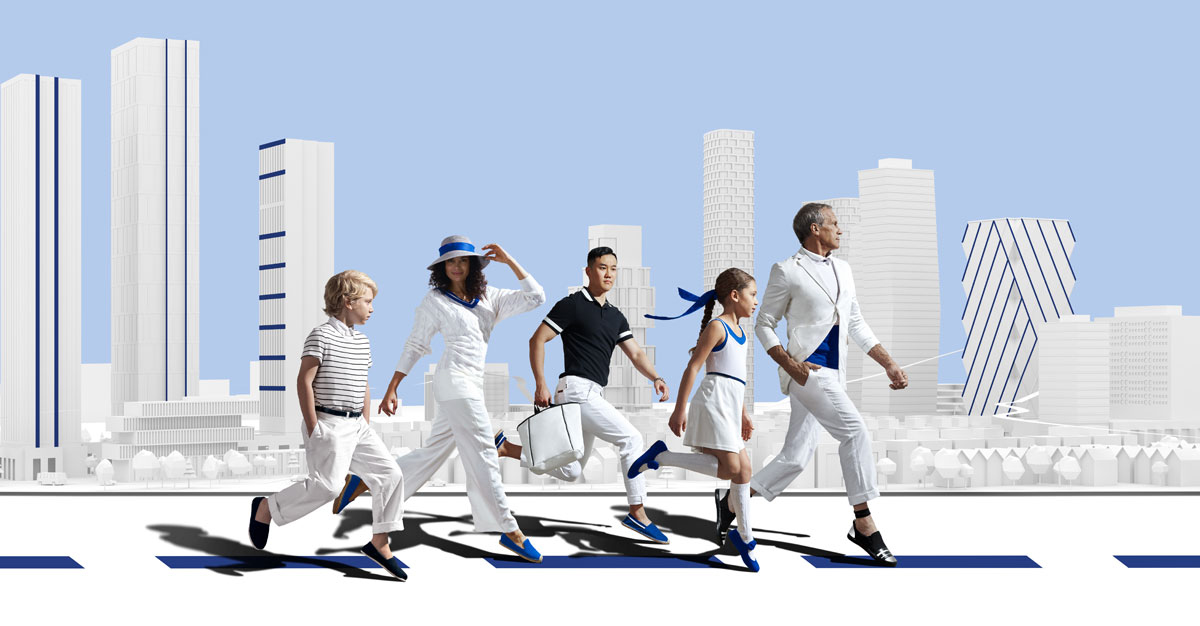 Geographically, the area is defined by the Don River Valley which, from the mid-1800s to the mid-1960s, attracted industrial and commercial endeavours, first because of the river itself, then because of the railroad that ran along its banks, and later because of the proximity to the Don Valley Parkway. In 1967, IBM opened its new headquarters here, a fine example of Mid-Century Modern architecture by acclaimed Canadian architect John B. Parkin. Leading one of the largest Toronto architecture firms of its time, Parkin was a key figure in bringing International Style to the city and responsible for many of Toronto’s mid-century landmarks. The 223,337-square-foot IBM building, clad in rustic brick, is exemplary in how it creates visual interest by varying in height from one to four levels. 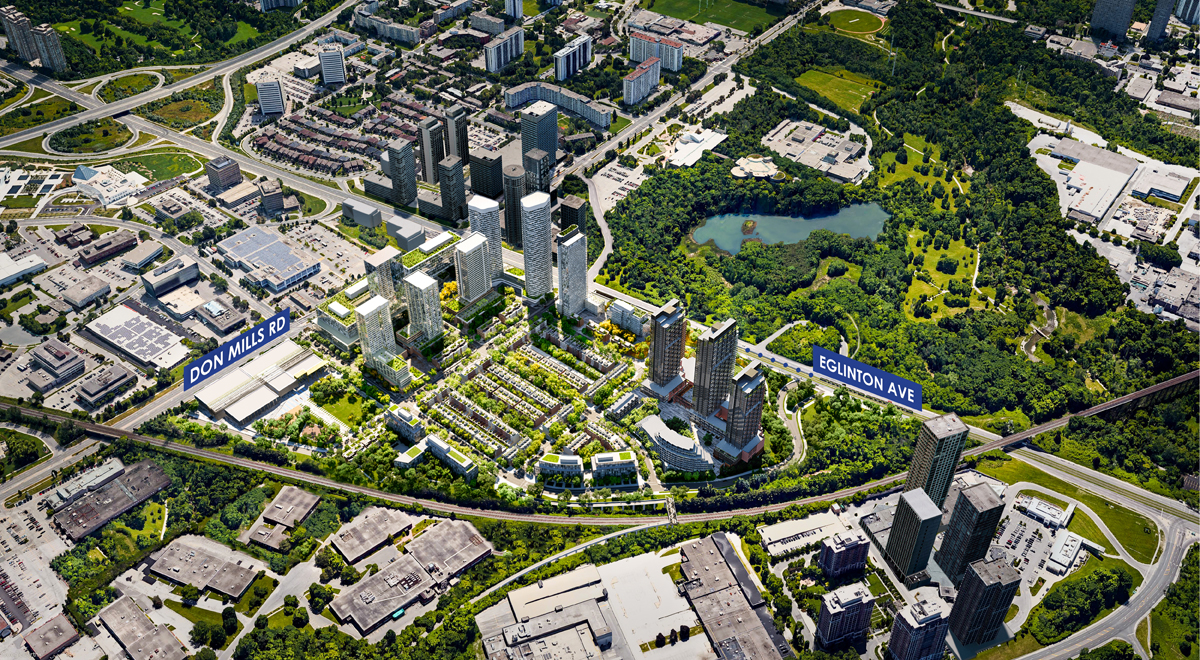 That historic silhouette will be preserved as the base of three of the Crosstown towers. The rest of the property will be reinvented with a blend of condo and townhouse buildings—5,000 units and 300 units, respectively, totalling 5,300 homes—along with green and recreational spaces, all pulled together with tree-lined streets and pedestrian pathways. Condominiums will feature one-, two- and three-bedroom suites in mid- and high-rise buildings, while townhomes will come in three types—stacked, traditional and back-to-back.

The plan also maintains employment lands. Along with new office and commercial spaces that will be leased to a range of businesses and entrepreneurs, Celestica — currently on the site — will relocate to a new building in Crosstown. 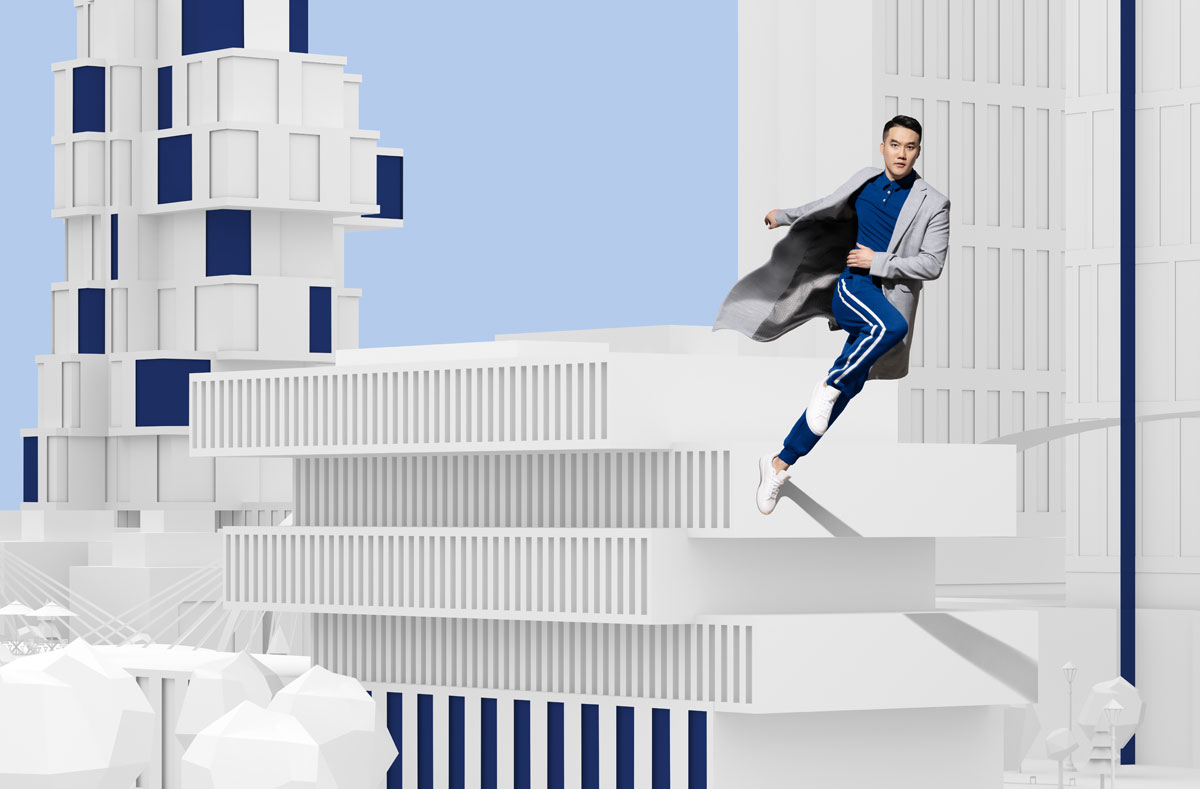 The partners who have come on board for the Crosstown project all have impressive résumés. Aspen Ridge Homes is part of a long line of distinguished builders and developers whose philosophy embodies excellence, craftsmanship, quality and care. Their recent standout projects include The Jack in the former CHUM radio building on Yonge Street, The Charles at Church, Studio and Studio 2 on Richmond Street, and Observatory Hill in Richmond Hill.

For Crosstown, Aspen Ridge Homes is working with Core Architects, the firm behind such projects as The Residences of 488 University, which involves turning an 18-storey office tower into a 55-storey tower with office and residential space, the award-winning M City—Phase 1 project in Mississauga and the award-winning 12 Degrees on Beverley Street. 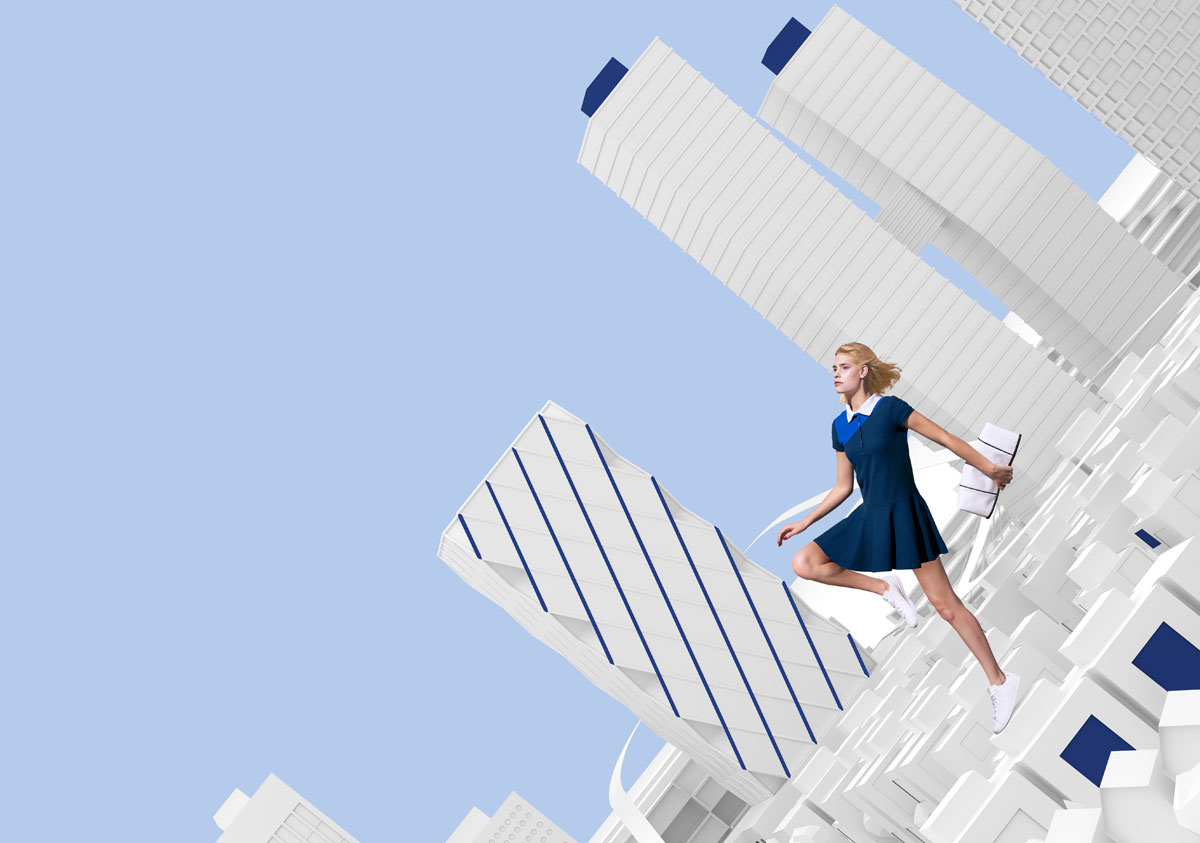 Interior design is by Mike Niven Design Inc., who made a splash with the common spaces at E Condo at Yonge and Eglinton, and who has already worked with Aspen Ridge on Studio, The Charles at Church and WEST on Niagara Street. The landscape architect is Gustavo Maurano at the award-winning MBTW Group, which worked on the Hullmark Centre at Yonge and Sheppard, the grounds and green roofs at Bridgepoint Active Health and the natural turf at Exhibition Place’s BMO Field. The development of the commercial spaces is being spearheaded by Metrus, which already has a portfolio of more than 15 million square feet of industrial, retail and office space. The vision and talents of the partners will be key ingredients in the success of Crosstown.