When Erin Kleinberg and her husband, Mickey Lungu, started looking for a house in 2015, it didn’t go well, at first. “I have a really specific aesthetic and realized I wasn’t comfortable living in someone else’s home,” Erin says. Style is important to her: she co-founded the fashion and culture website Coveteur, which she left in 2014 to run her own advertising agency, Métier Creative. Mickey, a corporate lawyer, just wanted a light-filled home that would feel like a retreat from his office life.

In the end, rather than buying a move-in-ready property, they snapped up an 800-square-foot bungalow in Oakwood Village, hoping to overhaul it into something that would evoke the minimalist, mid-century and laid-back beachy feel of southern California. They’re frequent visitors: they were married in Palm Springs, and Erin’s grandparents used to own a home in the Coachella Valley.

With their then-newborn daughter, Parker, they moved into Erin’s parents’ home in Richmond Hill. Over the next year, they worked with Brenda Izen, of Izen Architecture, and builder Adam Rothschild, of Rothcon Fine Homes Inc., to add a second storey and rear addition. The result: a sunny-chic living space. On nice days, thanks to the wall of windows they installed at the rear of the house, the interior is so bright that it almost feels like being poolside.

“We hang out on the floor a lot,” Erin says. The Moroccan carpet from Elte is Parker’s favourite place to play: 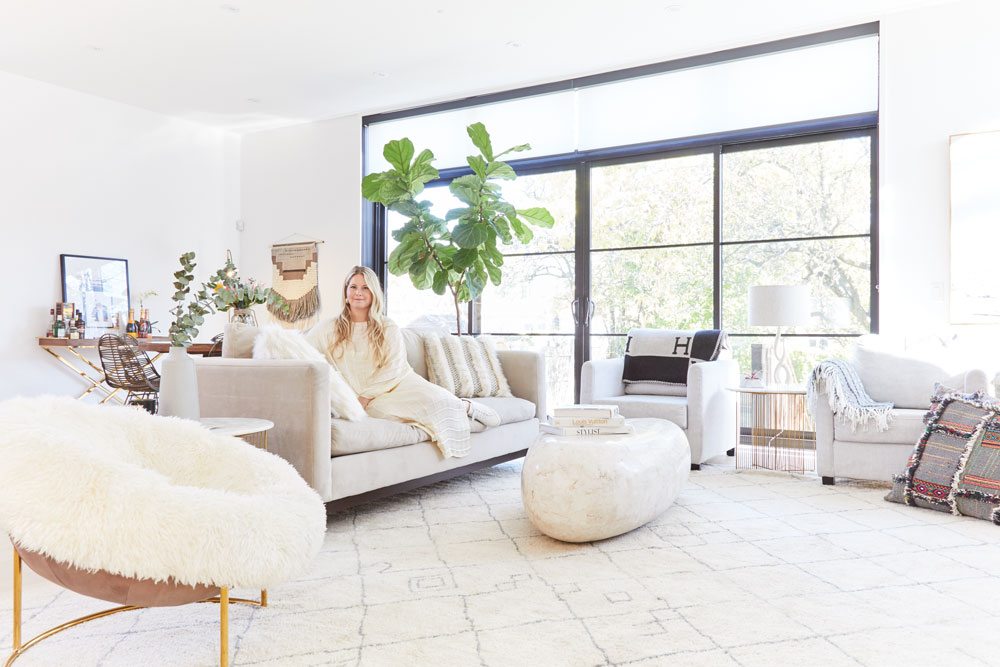 The powder room’s Martinique wallpaper is the same stuff used in the Beverly Hills Hotel: 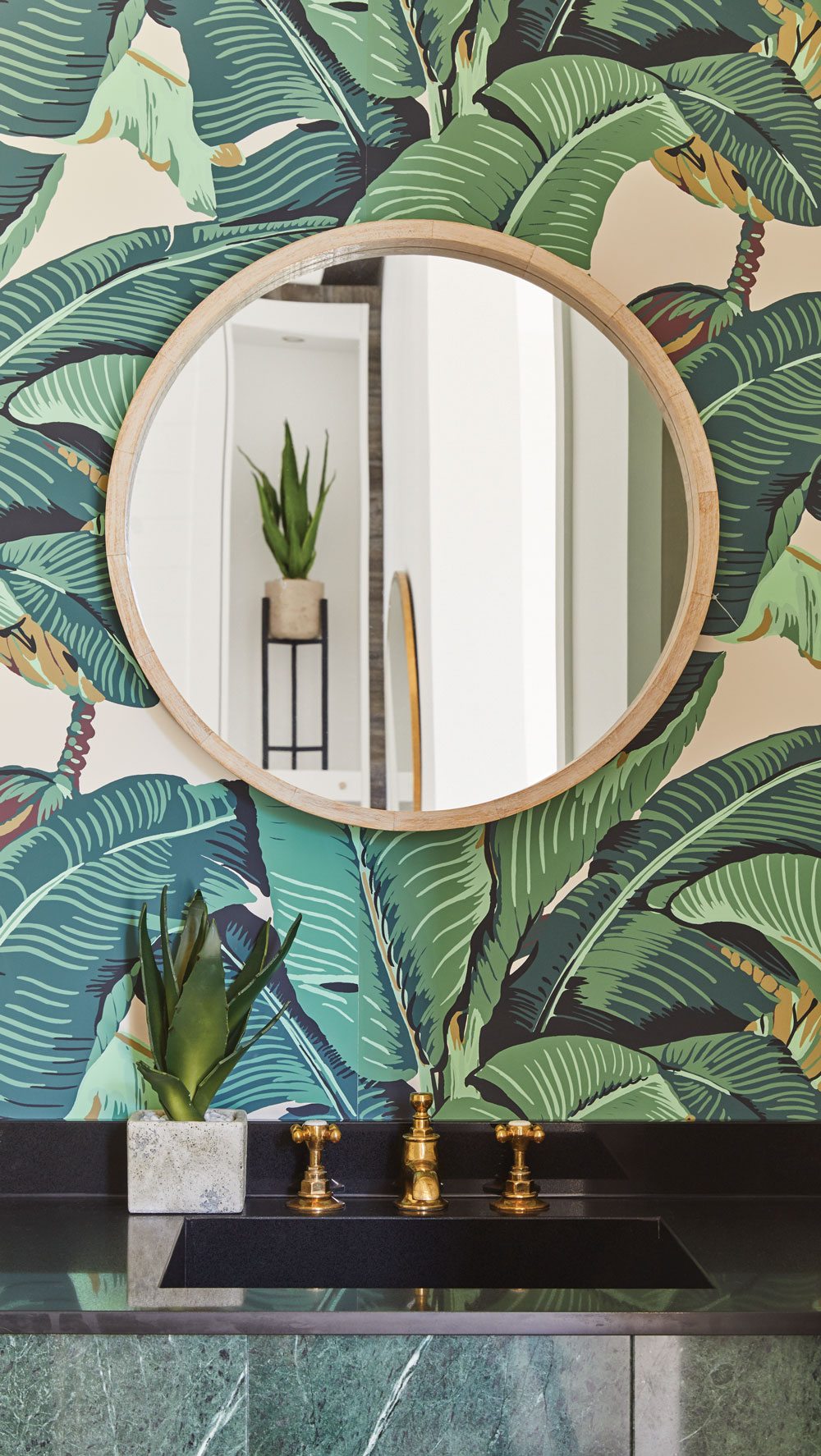 Guests will notice Erin’s collection of Supreme accessories scattered around the space. “It’s the most authentic brand on earth,” she says. Here are a few of the items: 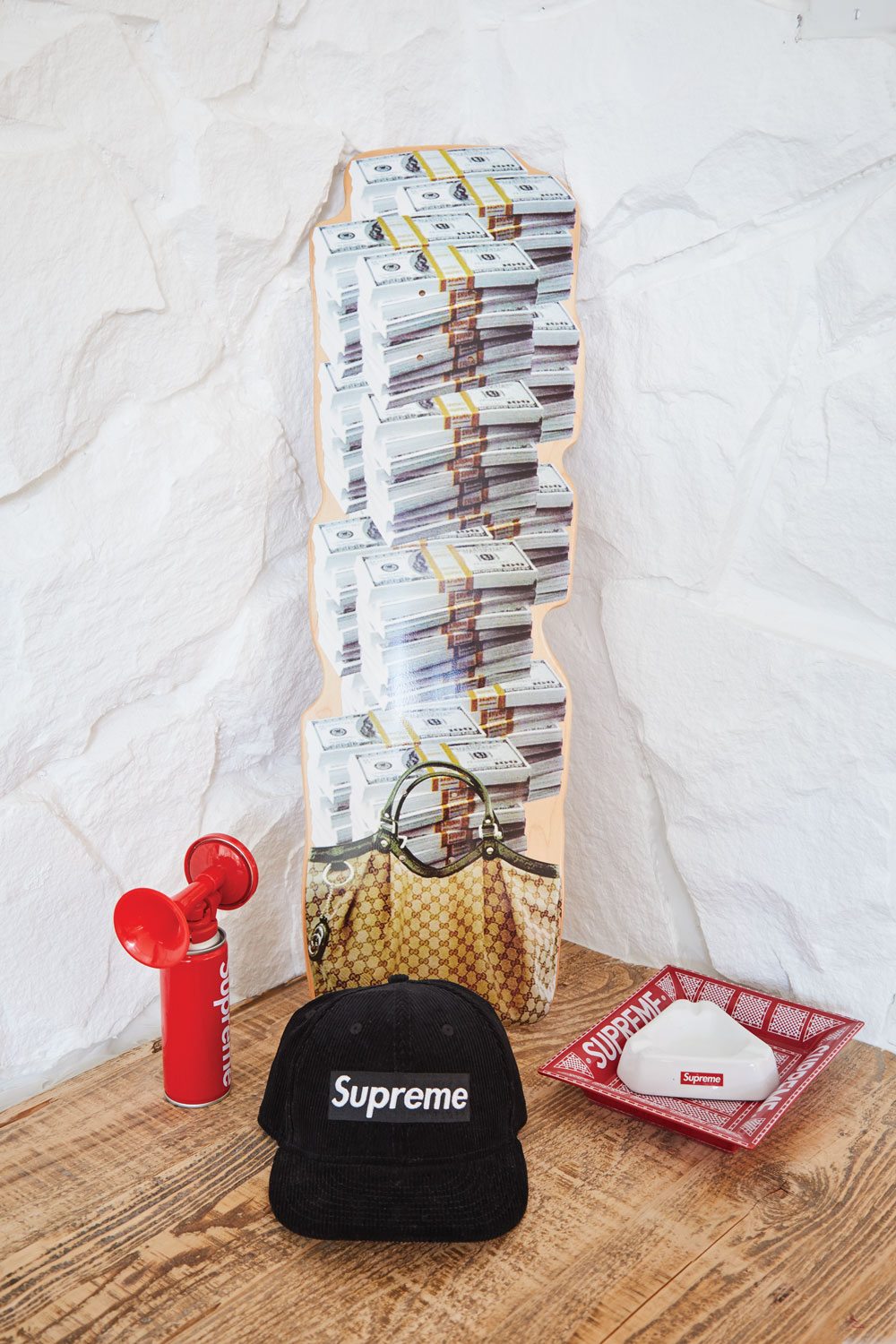 The bedroom rafters are reclaimed hemlock from an Ontario supplier: 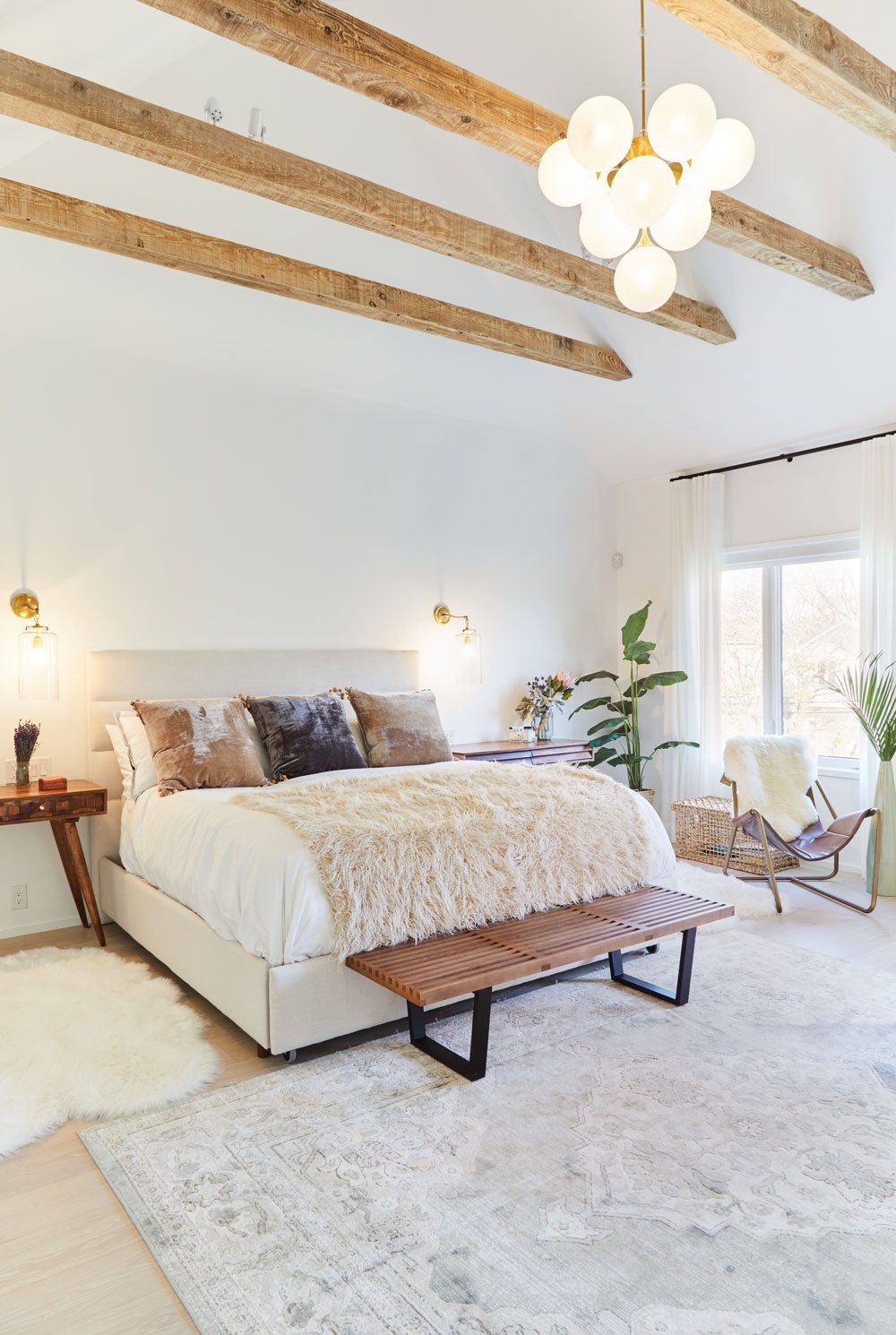 They’re not bath people, so they installed a giant shower that takes up an entire side of the master ensuite: 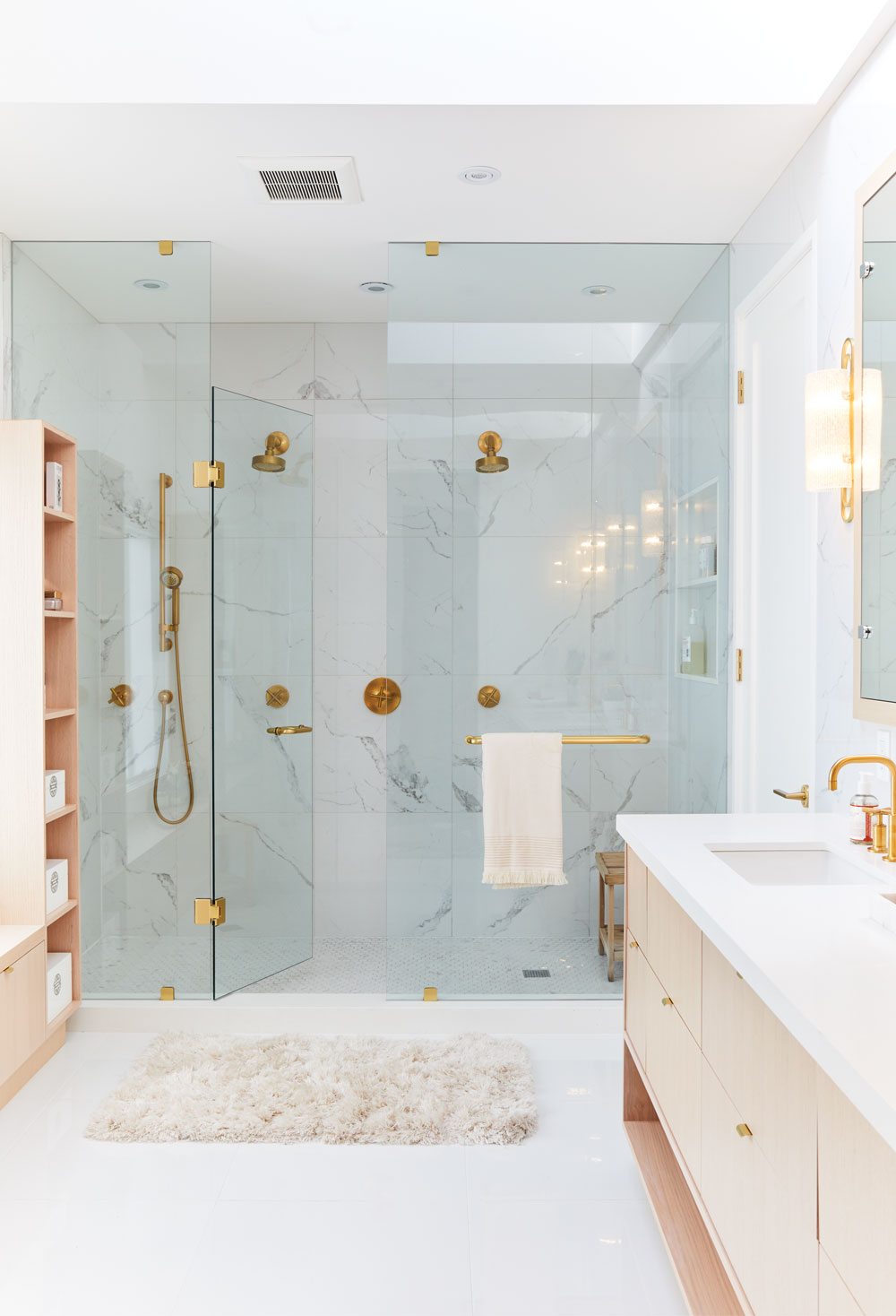 One of Erin’s biggest takeaways from years touring the homes of celebs for Coveteur is the importance of fancy French candles. These are from Le Labo and Diptyque: 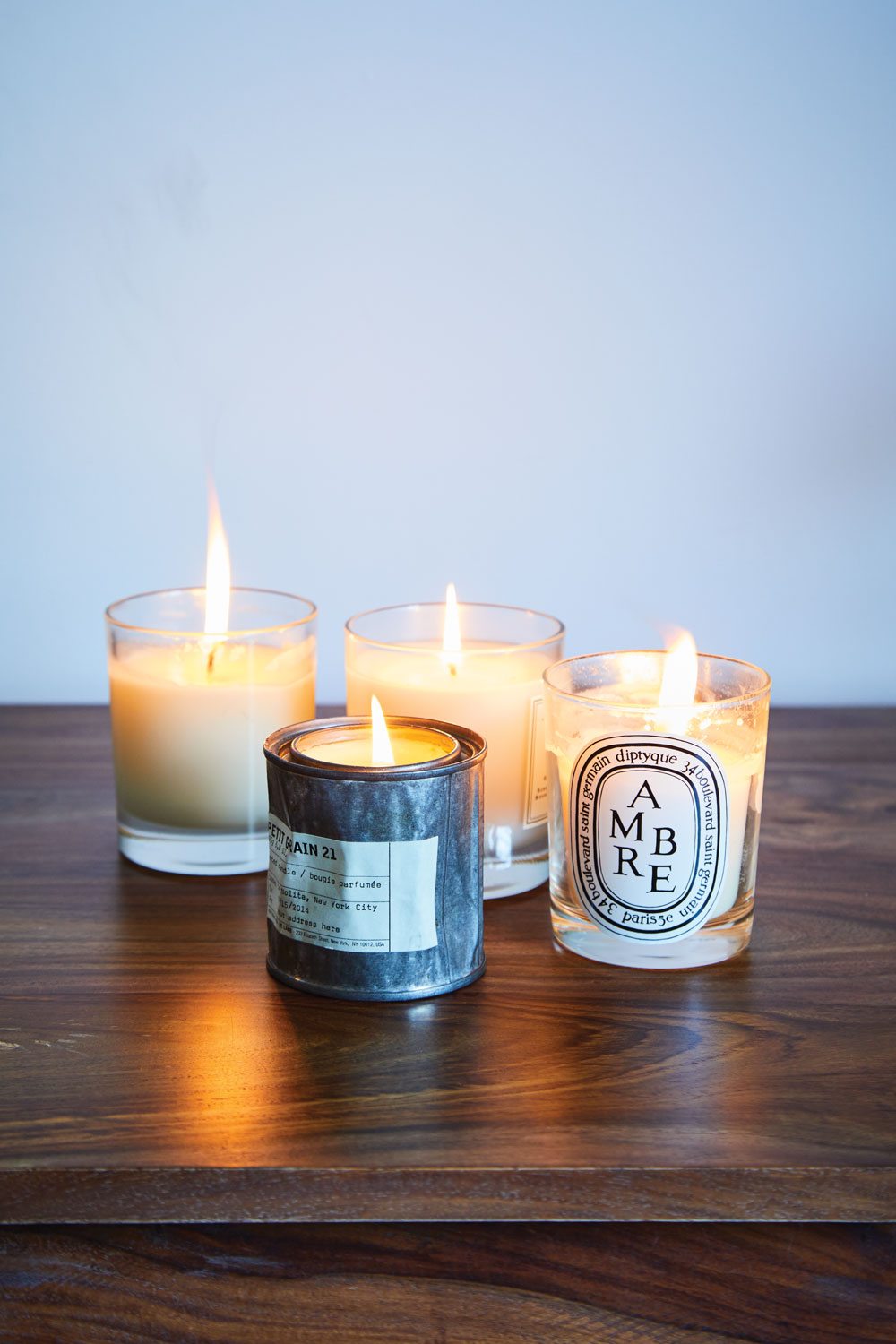 They found this bumper roadside during a California trip: 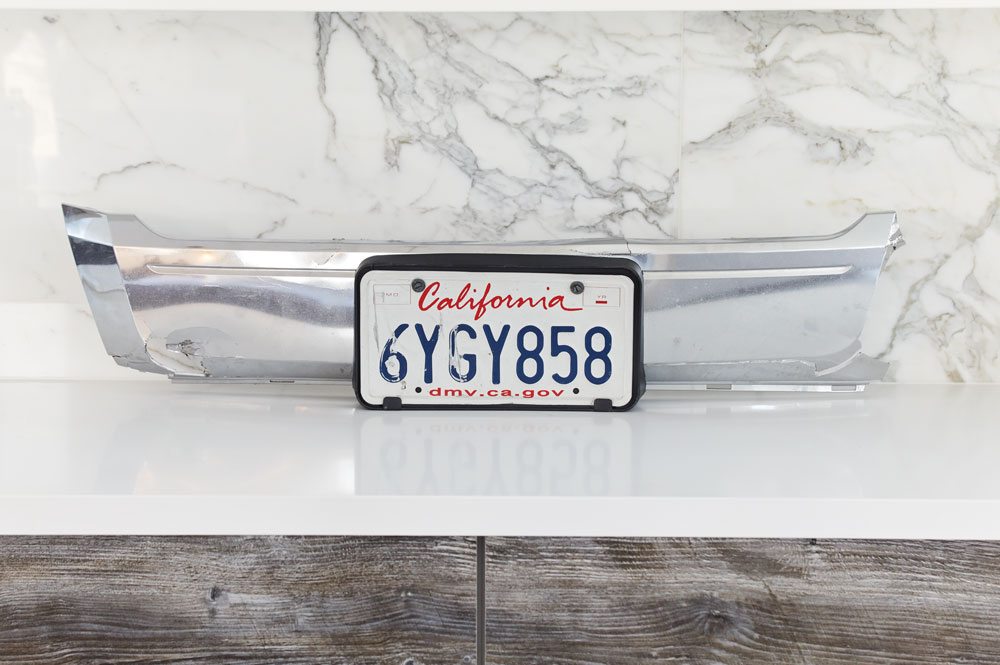 “The floors absolutely had to be white oak,” says Erin. The light-coloured wood is the flooring of choice in many modern California homes: 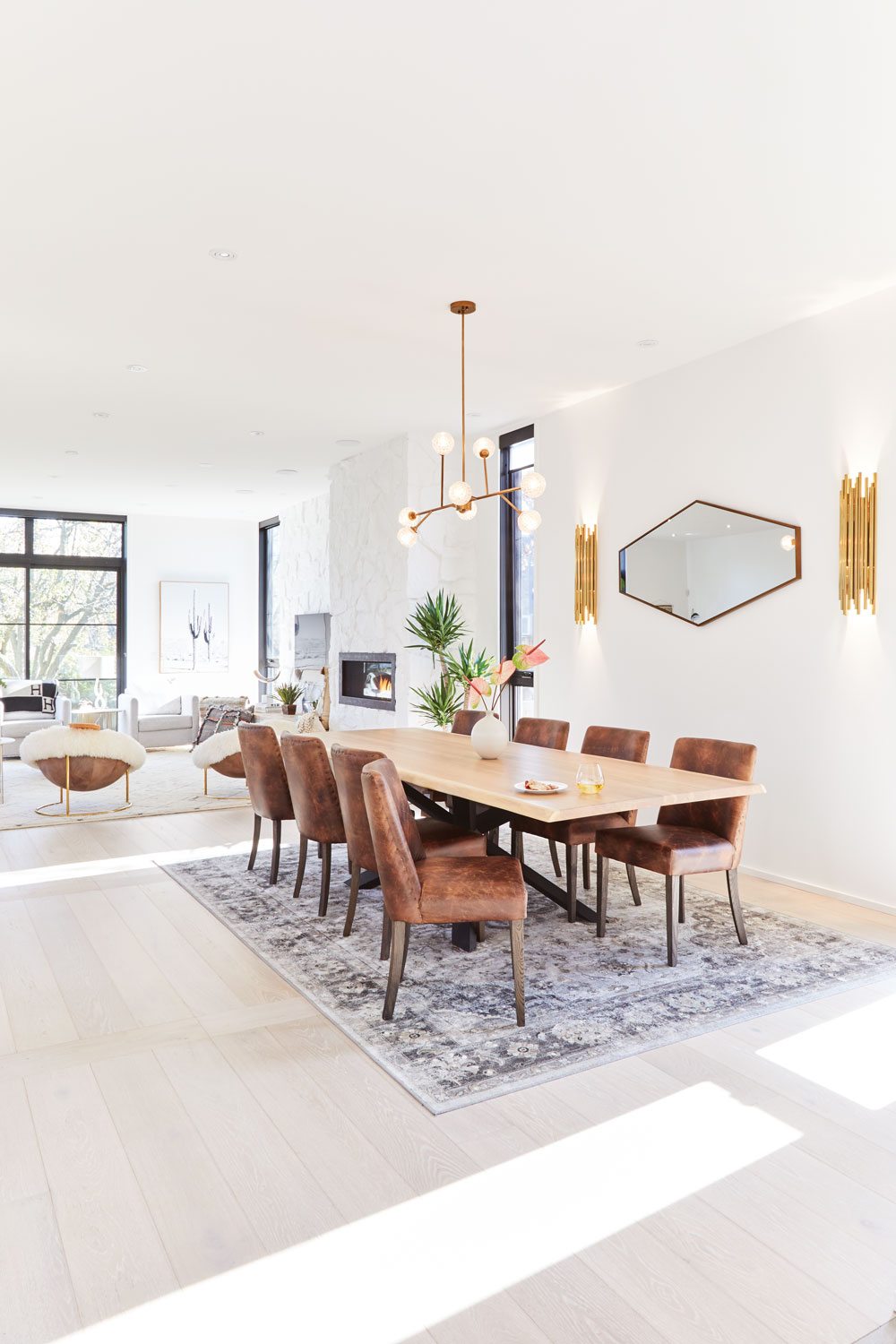