The competition among condo towers for coolest rooftop pool has never been hotter. Meet the contenders

Tim Gordanier didn’t want to live in one of those Toronto condo buildings where neighbours are complete strangers. Two years after buying a pre-construction unit at River City 2, the second phase of a multi-stage Urban Capital development in Corktown, he ran for (and won) the newly formed condo board’s presidency and began organizing social events. The open-air pool wedged between River City 1 and 2 (the two buildings share the same amenity space) played a big part in his plans.

He started throwing annual pool-opening and pool-closing parties at the beginning and end of the swimming season, with food and live music. Now, the mostly young-professional residents have taken up the torch. Every weekend between May and September is a party in its own right.

“Saturday, Sunday, even long-weekend Friday—this turns into Club Med. It’s crazy. Everybody wants to party,” Gordanier says. Elevator rides have gotten a lot less awkward since everyone started swimming and sunbathing together.

The third-floor terrace, where the pool area, a green roof and some communal barbecues are all located, is a ready-made party venue, with 11,242 square feet of gathering space and a capacity of 144. Alcohol is allowed everywhere except for in the water.

The pool has proven so popular that the board had to implement a wristband policy on weekends to make sure residents aren’t breaking the two-guests-per-suite rule, and that the pool deck’s capacity of 41 isn’t exceeded. “We found some people would bring in 10 friends,” Gordanier says. Security checks in every 30 minutes from 7 a.m. to 11 p.m.

At 614 square feet, the pool may seem small relative to the terrace, but its modest size means a lifeguard isn’t required. The pool deck is made of Brazilian ipe wood: 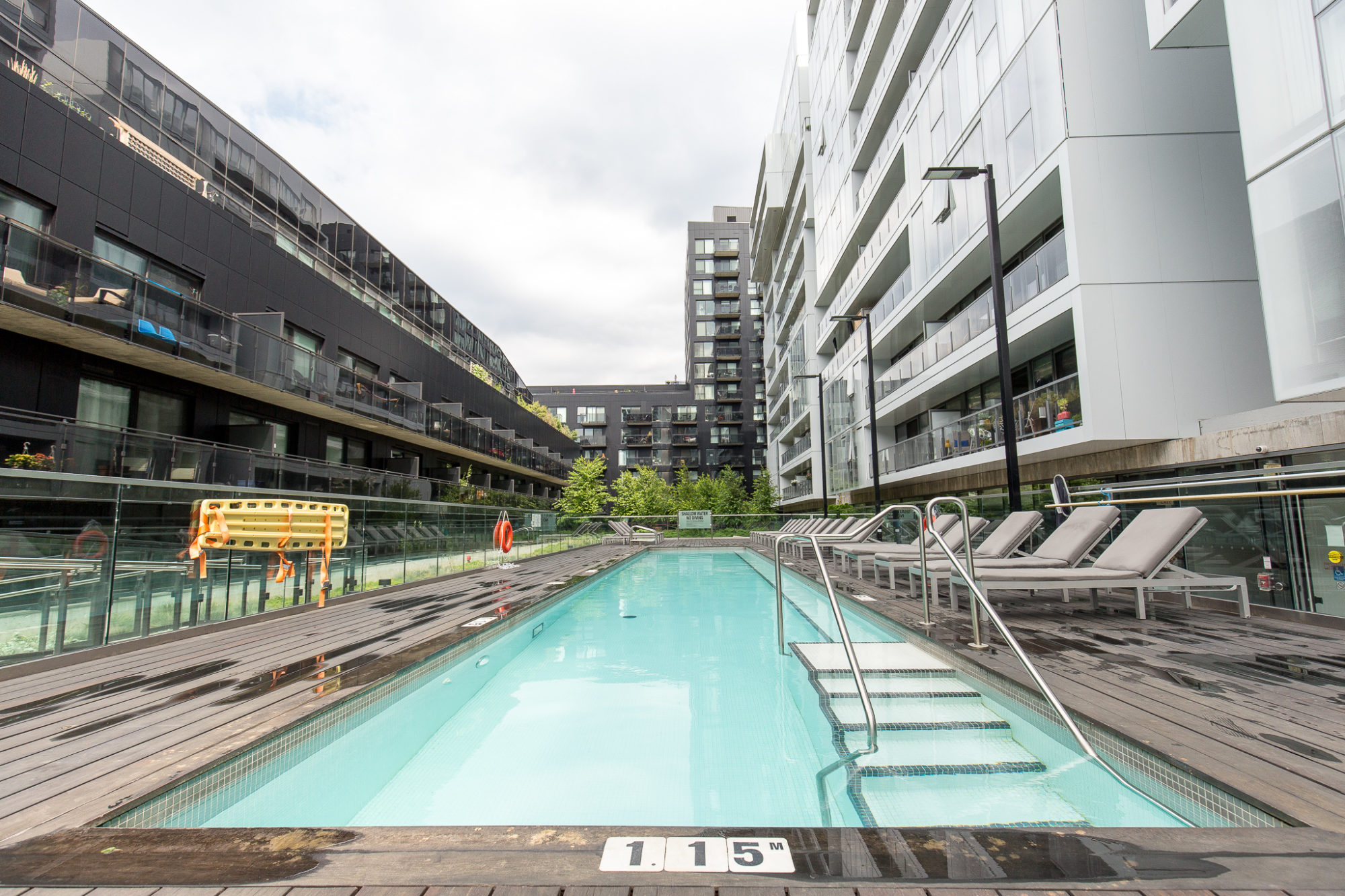 There’s a stone path on the green roof that connects River City 1 with the pool deck: 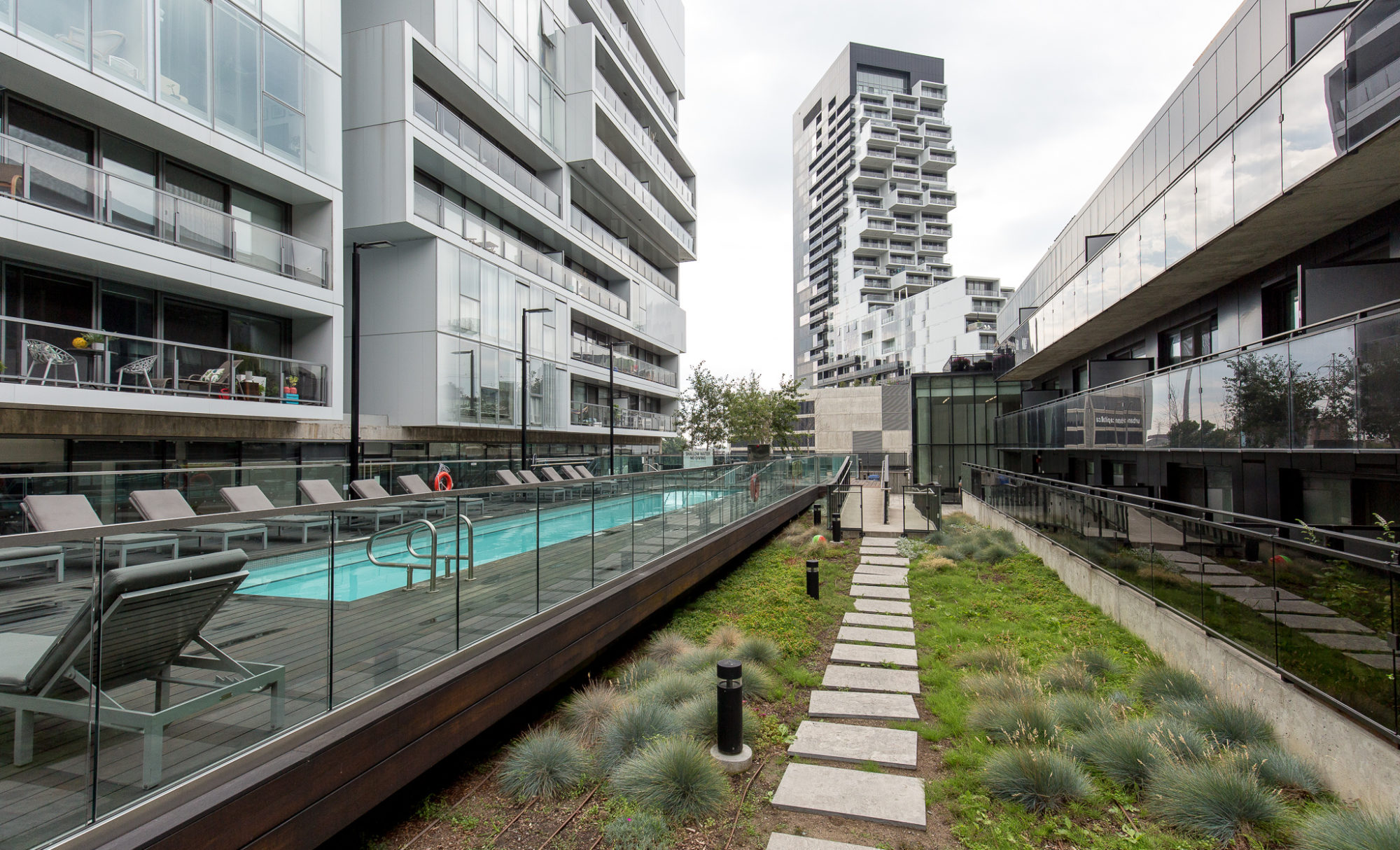 There are 23 sun chairs for residents and guests to lounge on: 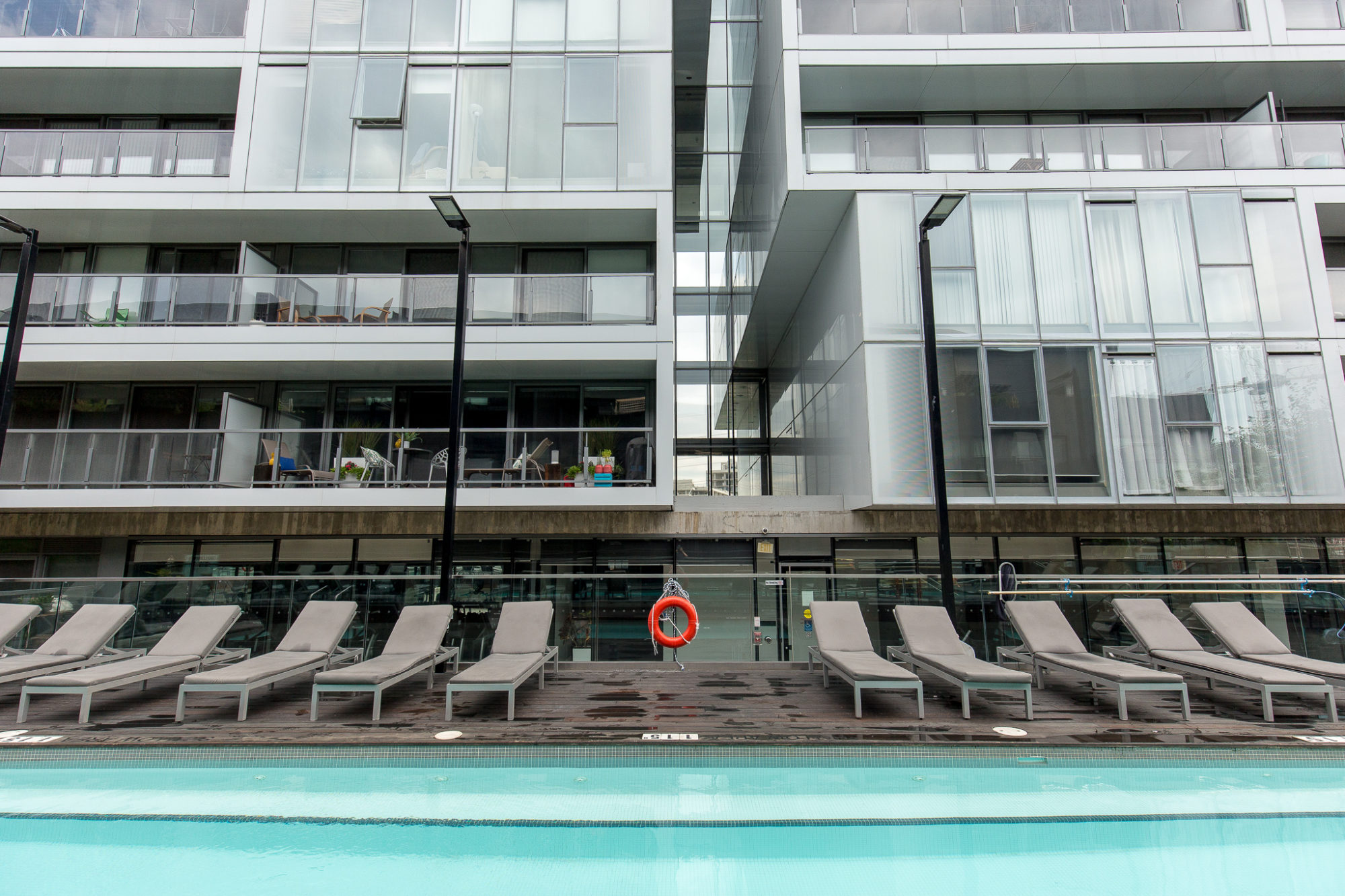 Birch trees create some shade in the seating area: 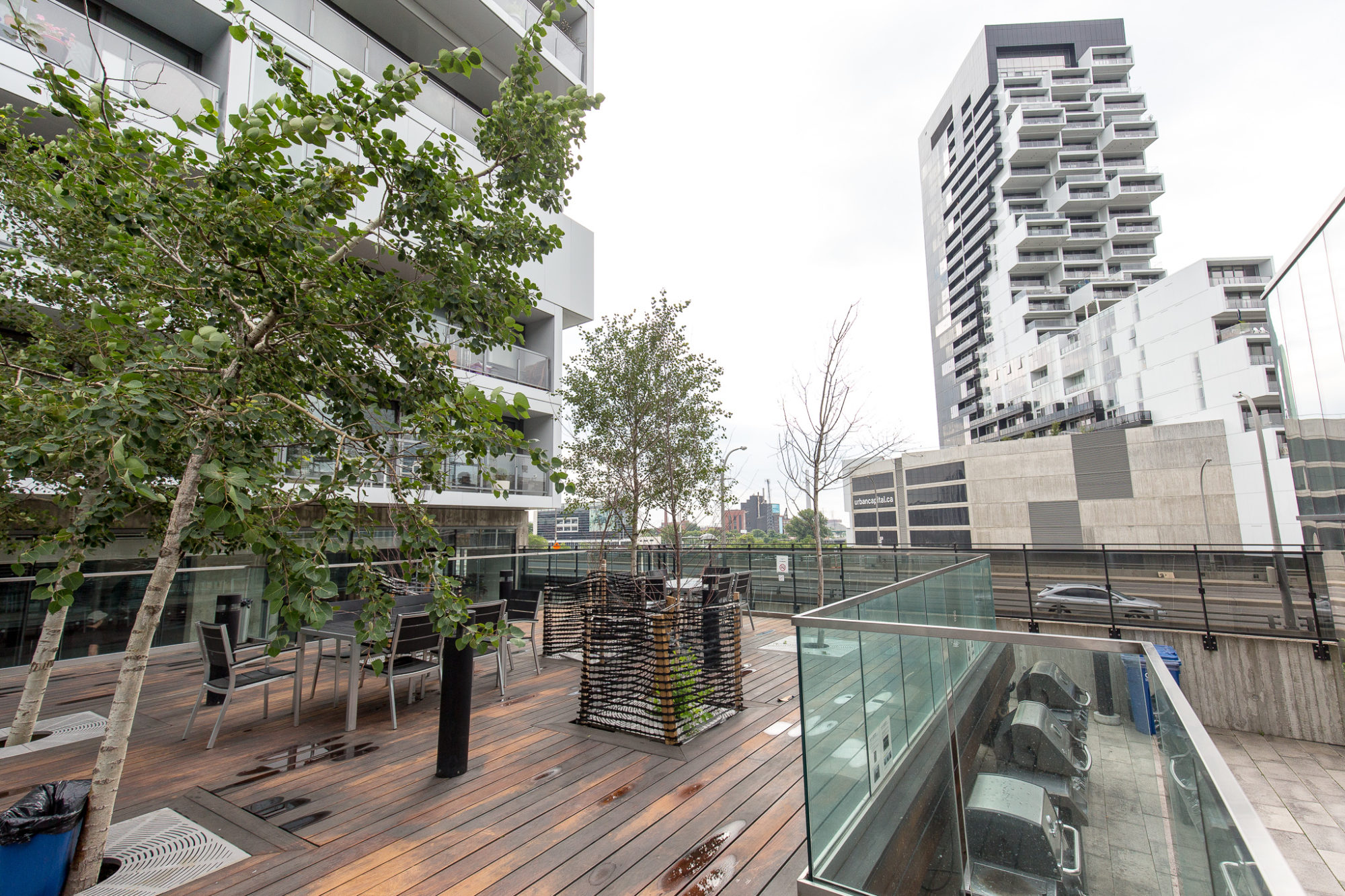