The Chase: How a couple found a roomier family home, without professional help

The Chase: How a couple found a roomier family home, without professional help

The only thing that wasn’t negotiable was location

The buyers: Corey Sax, a 38-year-old personal injury lawyer with Diamond and Diamond; his wife, Lauren Sax, a 39-year-old retail buyer; and their two kids.

The story: Corey and Lauren were living in a 1,500-square-foot home near Avenue and Eglinton when they decided to upsize. For two years, they scoured online listings daily for a four-bedroom house with a spacious backyard—and, ideally, a pool. They were hoping to spend around $2 million. The only thing that wasn’t negotiable was location: they wanted their new home to be near their older kid’s existing school. Rather than hire an agent, they went solo, in the hopes of saving a little money. 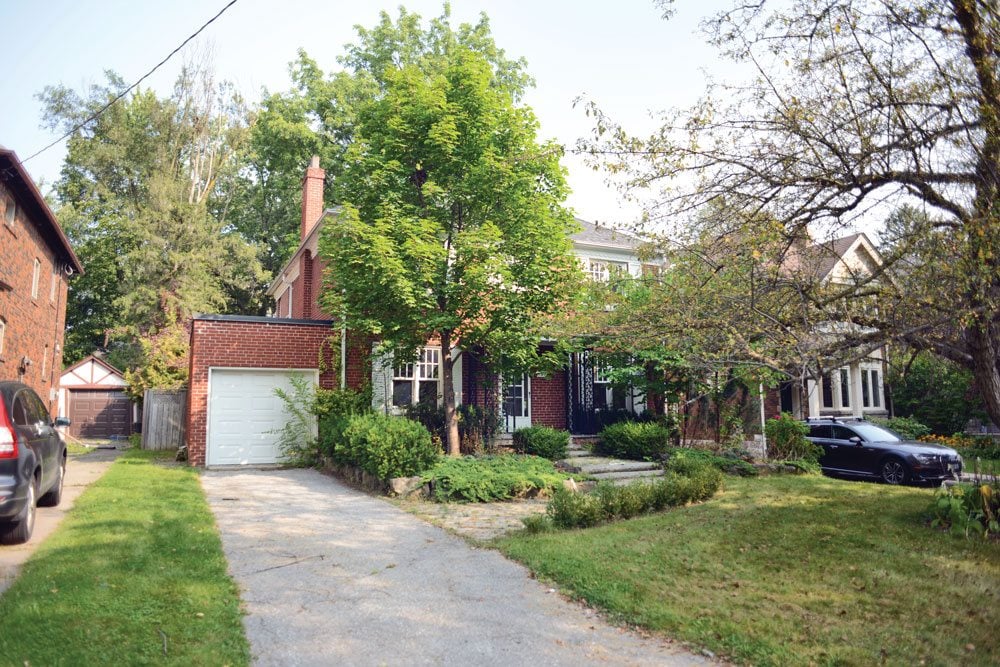 Hillhurst Boulevard (near Avenue and Eglinton). Listed for $2,850,000, sold for $2,805,000.
This four-bedroom detached house needed work. It had been rented out and not updated for decades, and the interior was looking shabby. But it did have one very appealing feature: OMB-approved building permits, which would significantly ease the renovation process. Corey and Lauren considered it, because the property was squarely within their target area and it had a sizable yard. They reached out to the agent but ultimately decided the price was too high for a property in such poor shape. They wanted someplace more or less move-in ready. 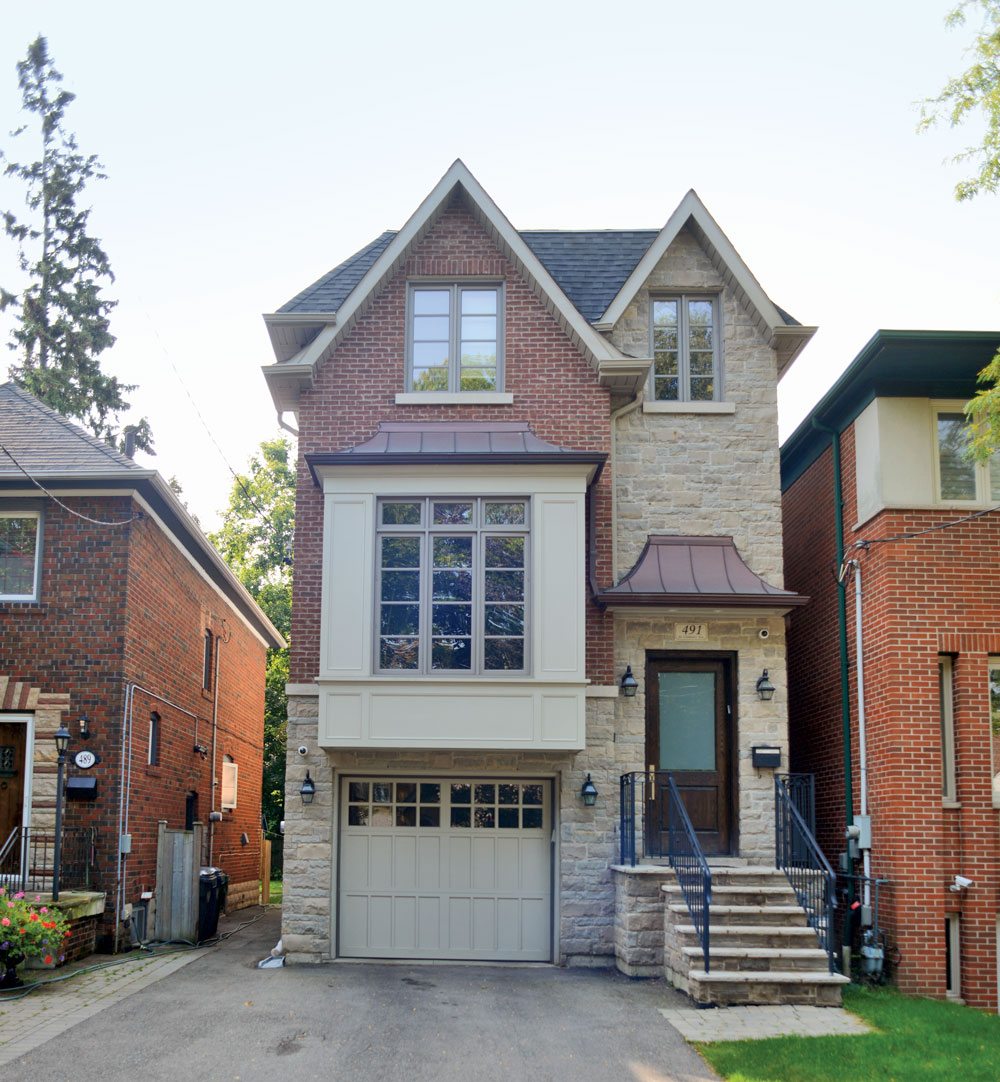 St. Clements Avenue (near Avenue and Eglinton). Listed for $1,995,000, sold for $2,576,000.
Just two blocks south of the last house, this four-year-old, four-bedroom house was in pristine condition. It had a designer kitchen, a large backyard and vaulted ceilings in the master bedroom. But the place wasn’t much bigger than their current house, which would partly defeat the purpose of moving. And then there was the suspiciously attractive asking price: Corey and Lauren figured the selling agent had deliberately set it a little low in order to encourage a bidding war. Hoping to avoid getting swept up in a multiple-offer frenzy, they passed. 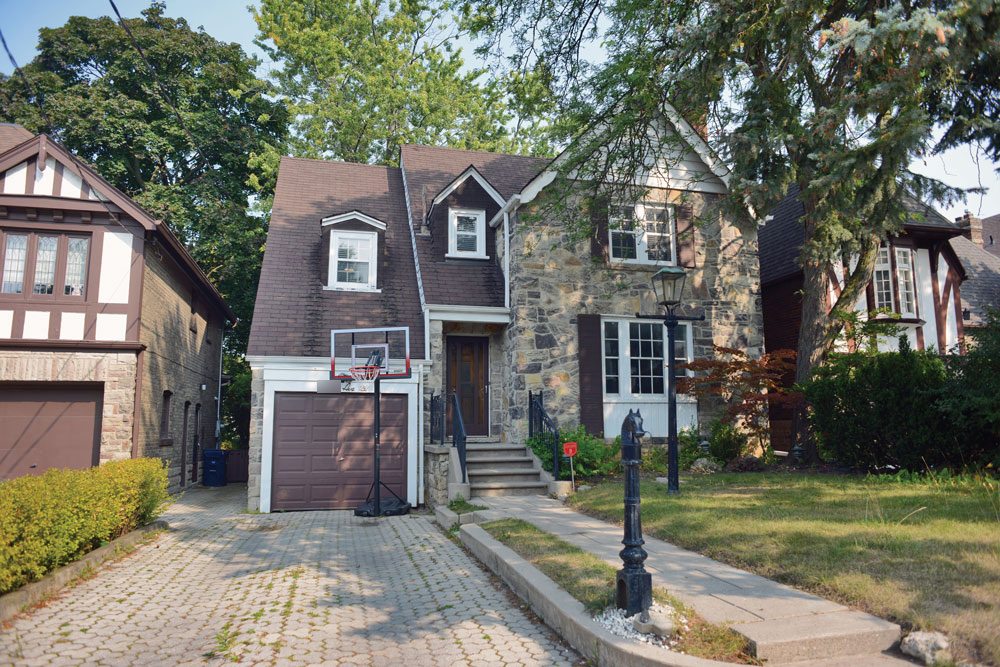 Near Bathurst and Eglinton. Listed for $2,299,000, sold for $2,170,000.
Corey sent out an email blast to a few selling agents. The following day, he got a response from one who was about to list a five-bedroom home in Humewood-Cedarvale, just south of Bathurst and Eglinton. The seller was looking for a fast closing, because a previous deal had fallen through. The place was about a thousand square feet bigger than their Avenue and Eglinton house. They offered $45,000 more than the previous bidder, with a 60-day ­closing, which was enough. They took possession in April. The in-ground swimming pool in the backyard, with a waterslide, is a big hit with the kids.

A Vaughan family listed their home for well below market value. After 125 viewings and 14 offers, it sold for $458,000 over asking