At first, Wellington’s wide-open farmland and rural charm seemed like a great alternative to downtown. Then it came time to find a daycare 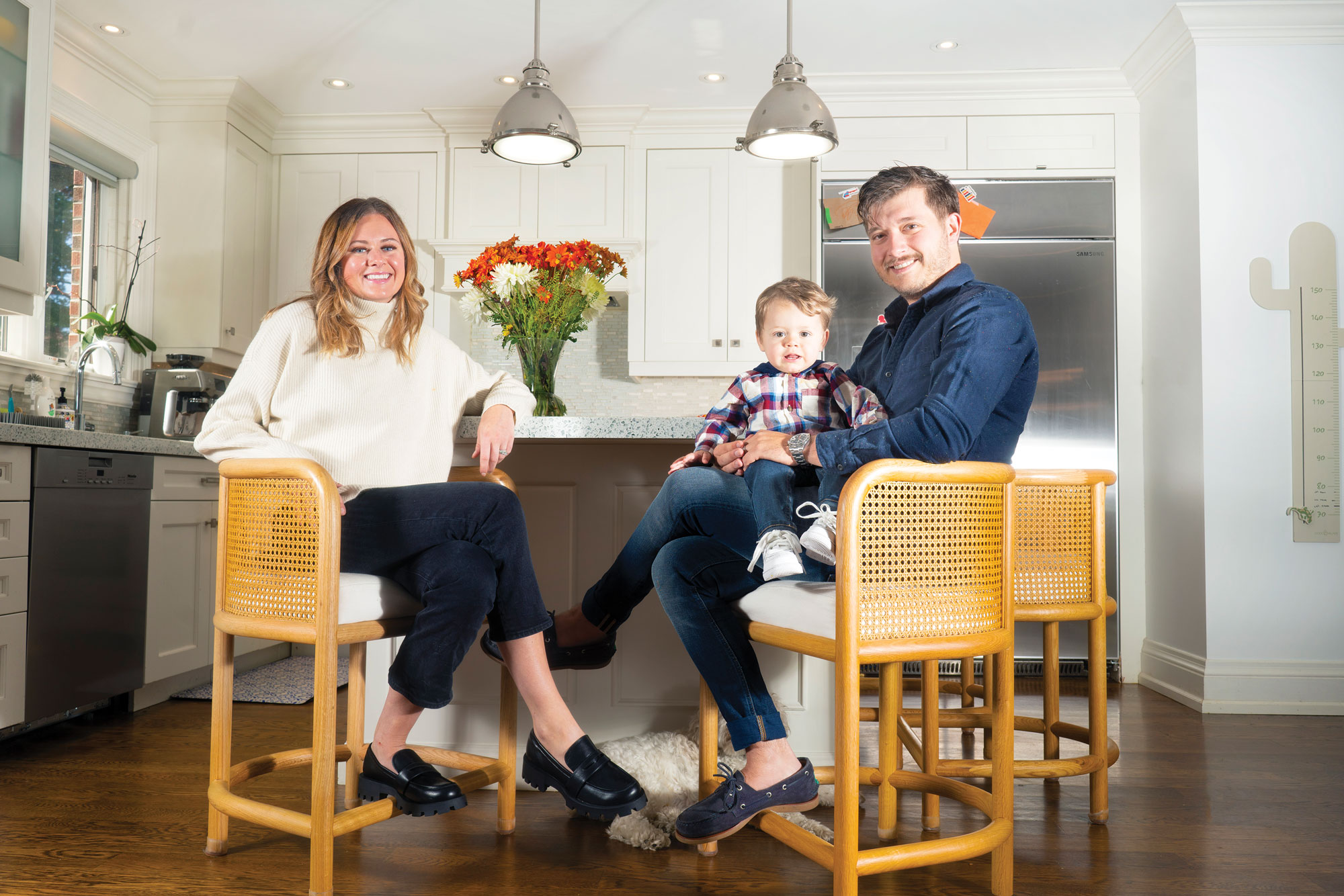 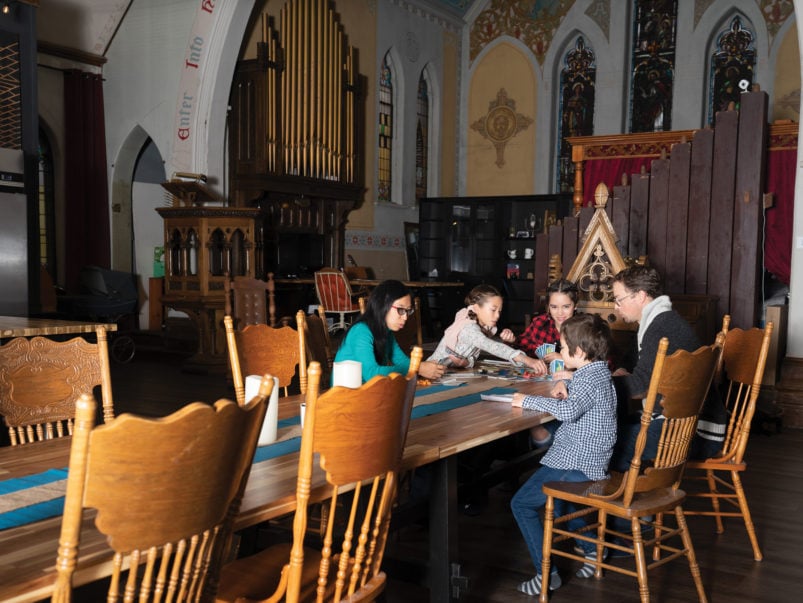 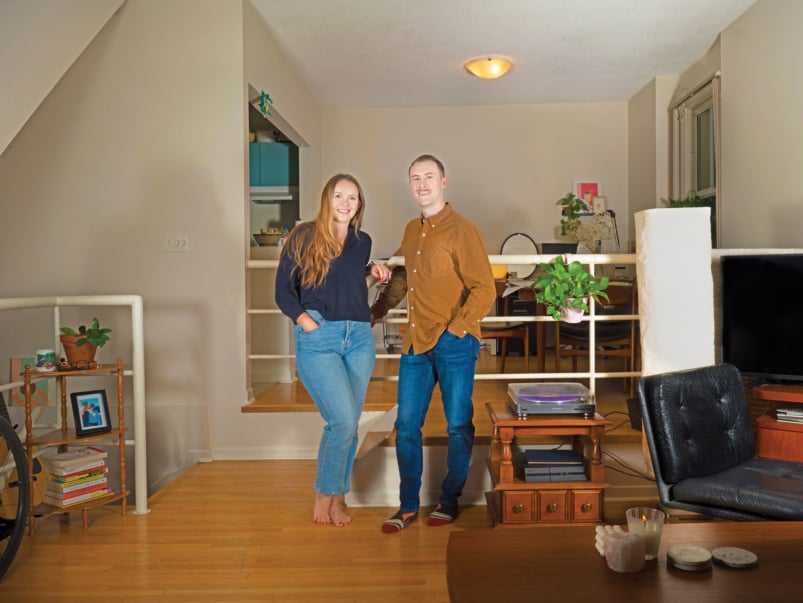 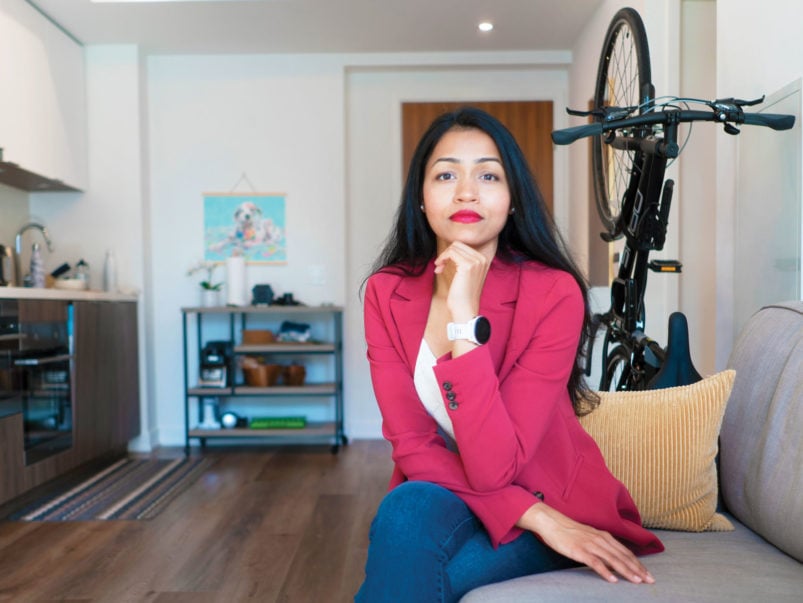 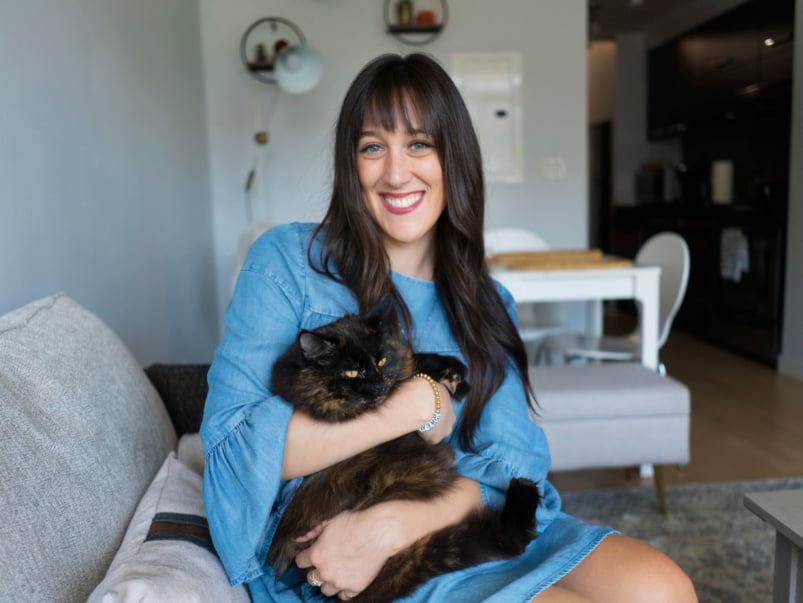 Who: Jamie Selinger, 32, and Stephan Selinger, 32
What she does: Principal customer success manager at a software development company
What he does: Senior account executive and team lead at a digital advertising platform
Their trajectory: Leslieville to Wellington, Ontario, to Davisville Village

Prior to the pandemic, my husband, Stephan, and I were renting a semi-detached house on Carlaw and thinking of buying a house in the Beaches area. Our budget was around $850,000, but the houses we liked were selling for way over asking. We really didn’t have much wiggle room.

We honed in on a house near Dundas and Greenwood through my father’s friend. The owner wanted to sell it privately for $750,000. The house was on a really cute street, and we were impressed—it was a bit older, with one bathroom and an unfinished basement, but the backyard was huge. We decided to put in an offer, but because it was private, we thought we had time. When we came back to them a couple of days later, the seller had spoken to a realtor who told her she could get a lot more money. The house ended up going for close to $900,000. We thought we had caught a break, but obviously not.

By July 2020, both of our companies announced that they were going fully remote. Suddenly, we weren’t tethered to Toronto—or to its crazy market. At the time, my brother lived in Prince Edward County with my nephews, and my dad had just made the move to right outside the county. So we started going to see places in PEC and realized just how much land we could get there within our budget. We were astonished!

The first house we liked was in Carrying Place. It was a brand new massive five-bedroom, five-bathroom with a three-car garage in a subdivision. We put in an offer for the list price of $730,000, figuring that there would be no reason to get an inspection. But then we learned that, according to the rules put in place to protect the subdivision’s value—called restrictive covenants—fences and pools aren’t allowed. Worse, they built the subdivision on top of a swamp, and some houses already had black mould. It all seemed too messy for us, so we backed out.

After that, we found a five-bedroom, four-bath farmhouse near Picton, and we loved it. It was on two acres, half of which was fenced in, perfect for our dog. It was what we pictured when we imagined moving to the county. In our minds, this was the perfect home. The primary bathroom was dated, and the kitchen was awful, but it was listed at $585,000, way under our budget, so we had the wiggle room to make it our own. We put an offer in a little under asking, at $525,000, this time contingent on financing and a home inspection—and we got it.

As we were putting that offer in, my brother told us that his friend had built a house just outside of Wellington and suggested we go see the kitchen for inspiration. We saw it on the way to the inspection and were floored: it was a 1,600-square-foot three-bed, two-bath bungalow with vaulted ceilings in the living room and kitchen and poured concrete floors. It was brand new and modern, with so many windows. Seeing it, we wondered if we had made a mistake. 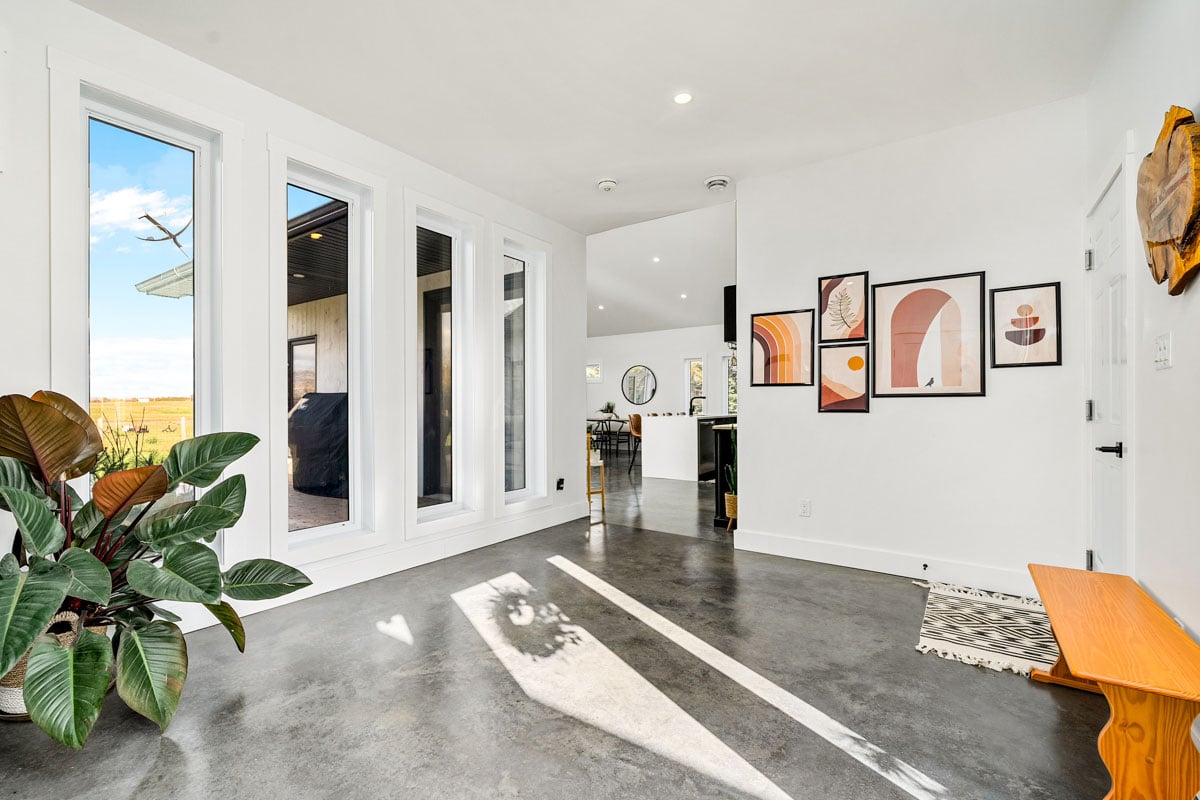 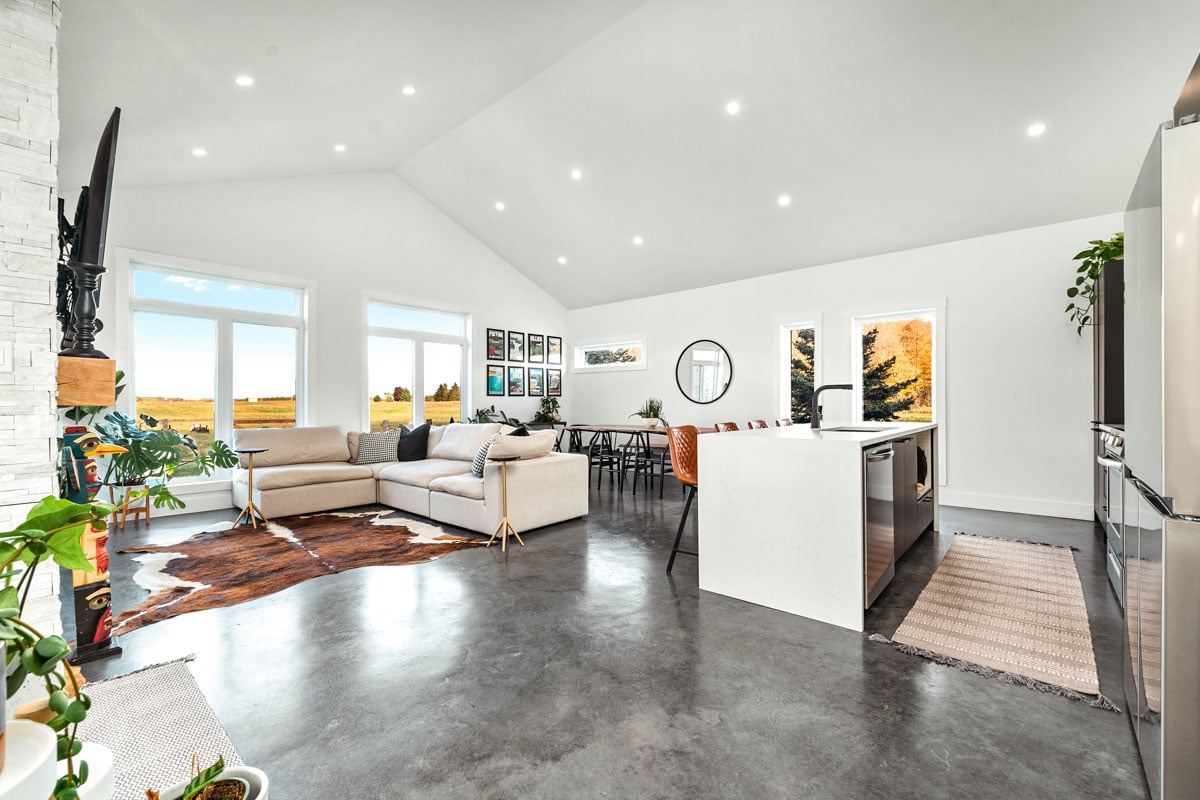 We left for the farmhouse and started the home inspection. Slowly, things added up: the furnace was from 1998, the roof had shingles that needed to be replaced, the septic bed was sinking. A neighbour said the place floods so much that the previous owners could kayak in the backyard. Thankfully, the inspection allowed us to back out.

After that property fell through, we looked at each other and asked, “Was this meant to be?” Stephen called the builder of the Wellington bungalow and asked if he would sell it privately. After a lot of conversation, we settled on $755,000, also with a house inspection. It came back clean, and we ended up finally buying, with a closing date of December 1, 2020.

And then we found out I was pregnant. It was fabulous being pregnant in the county. The Covid case counts were very low. We felt protected. We also enjoyed the slow-paced lifestyle. We loved the local farmers’ markets and going for walks on the beaches at Sandbanks. We made good friends with the owners of the winery two doors down. It was beginning to feel like home. 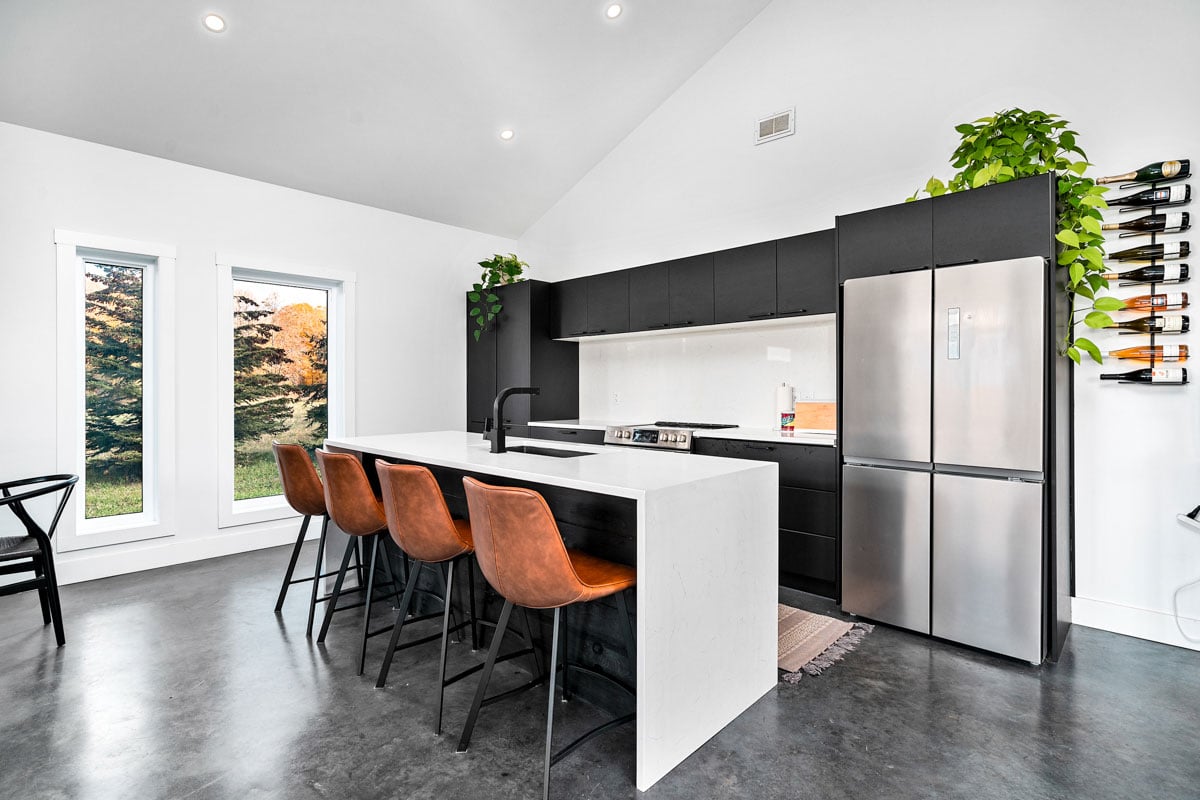 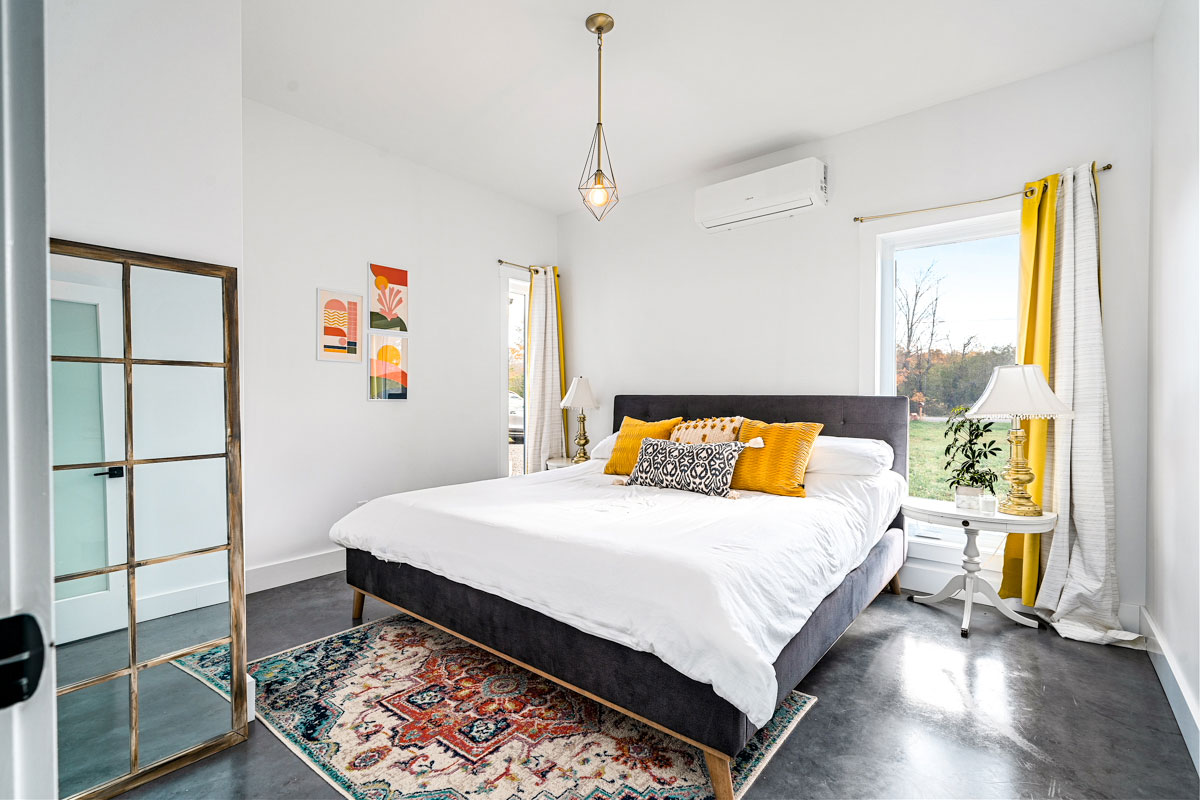 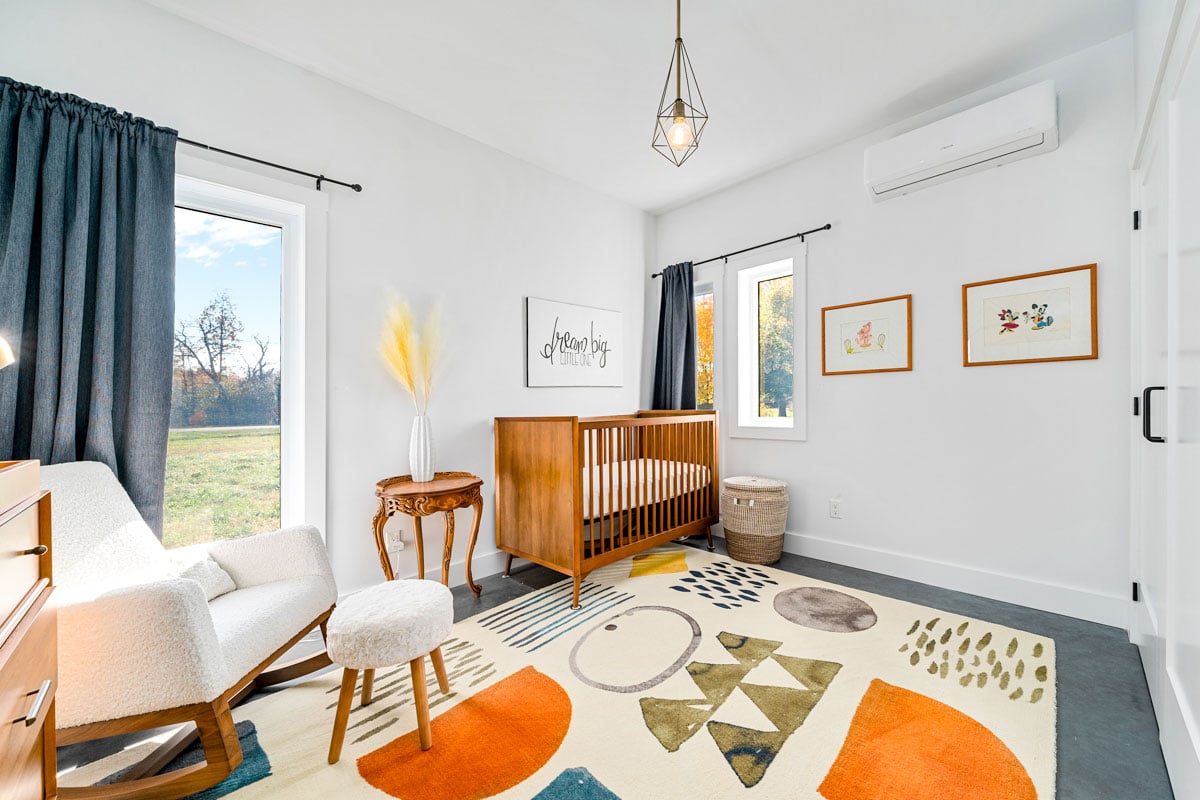 Our son, Leopold, was born on June 22, 2021. When we had decided to move to the county, we’d done so with the idea that we could have kids in a couple of years. But we didn’t know how long it would take us to get pregnant, so we didn’t really look for daycares, schools, child care, or anything like that. Turns out, there’s essentially one big daycare on the whole island. When I called, the month Leopold was born, he was 20th on the wait-list.

The county didn’t have much in terms of children’s programs, either. We would go back to Toronto to spend time with our family, hang out the park with our friends and their kids, and Leopold would sit in on local music classes and go play at Gymboree. Then we’d go back to the county and feel this isolation, not being able to experience maternity leave and parenthood with them. Our friends could come stay with us for weekends, which was nice, but we missed being able to say “Hey, do you want to go grab a drink or dinner” at not have to host, and clean, and cook. There wasn’t really food delivery out there either.

In early fall, after less than a year of living in PEC, we started talking about moving back to Toronto. It was bittersweet. We loved it, and our house was fabulous, and the real estate market in Toronto was crazy. We toyed with keeping our house in PEC as a rental property, but to be a licensed Airbnb in the county is a really hard process. So we ultimately made the decision to list our county house. 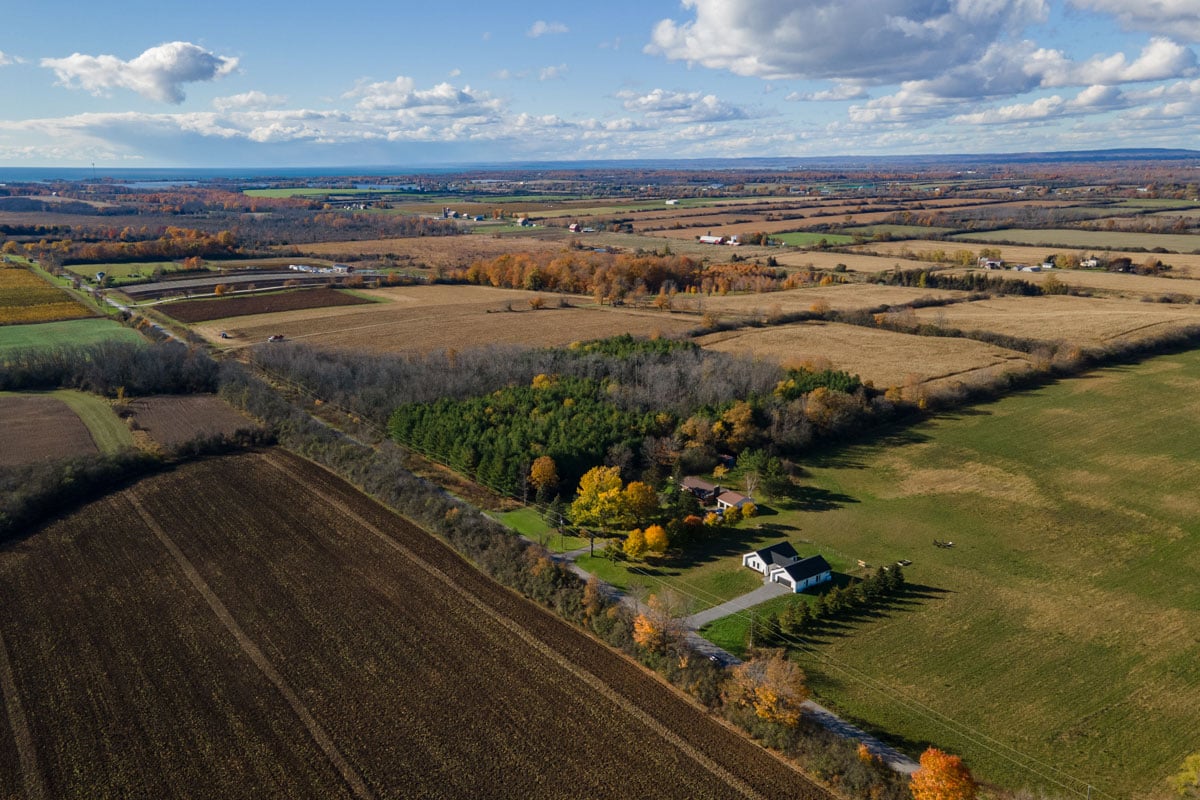 The big unknown was the market in the county: it’s so hot-and-cold, and it’s really dependent on tourism. We had no idea what our house would go for, whether we’d make a profit, or whether it would even sell. But we couldn’t buy in Toronto until we knew what our house sold for in the county. So we listed in November 2021 for $949,000.

On day one of the house being on the market, before it even hit the MLS listings database, it had 15 showings and three offers. It blew our minds. We ended up going back to all three people who gave us those offers and asking for more. Finally, we settled on one for $1.15 million. We were over the moon. But we had only around 60 days to find a place in Toronto. We decided to view four houses in the Davisville Village area with my mom and Leopold.

We found one we couldn’t stop thinking about. It was so bright, and for a semi-detached, it was quite wide. The hardest thing about leaving the county house was all its windows, and this one had high ceilings and skylights, with four bedrooms and four bathrooms—exactly what we needed. And it was a five-minute walk from my mom, which was key with the baby.

The offer deadline was that day at 6 p.m. We ended up putting an offer in at 5:59 for the asking price of $1.85 million. There were eight offers, and they came back to us saying we were in the top three. We offered $1.875 million. They came back and said we were in the top two. And then we told them that I had grown up in that area, that my mom was five minutes from the house, that we wanted our son to grow up in the neighbourhood. And we got the house, for $1.916 million, all in one day.

We love being back in the city. We get to be around friends and have access to a lot more resources and programs for Leopold. He’s now starting daycare, just a block away from home.