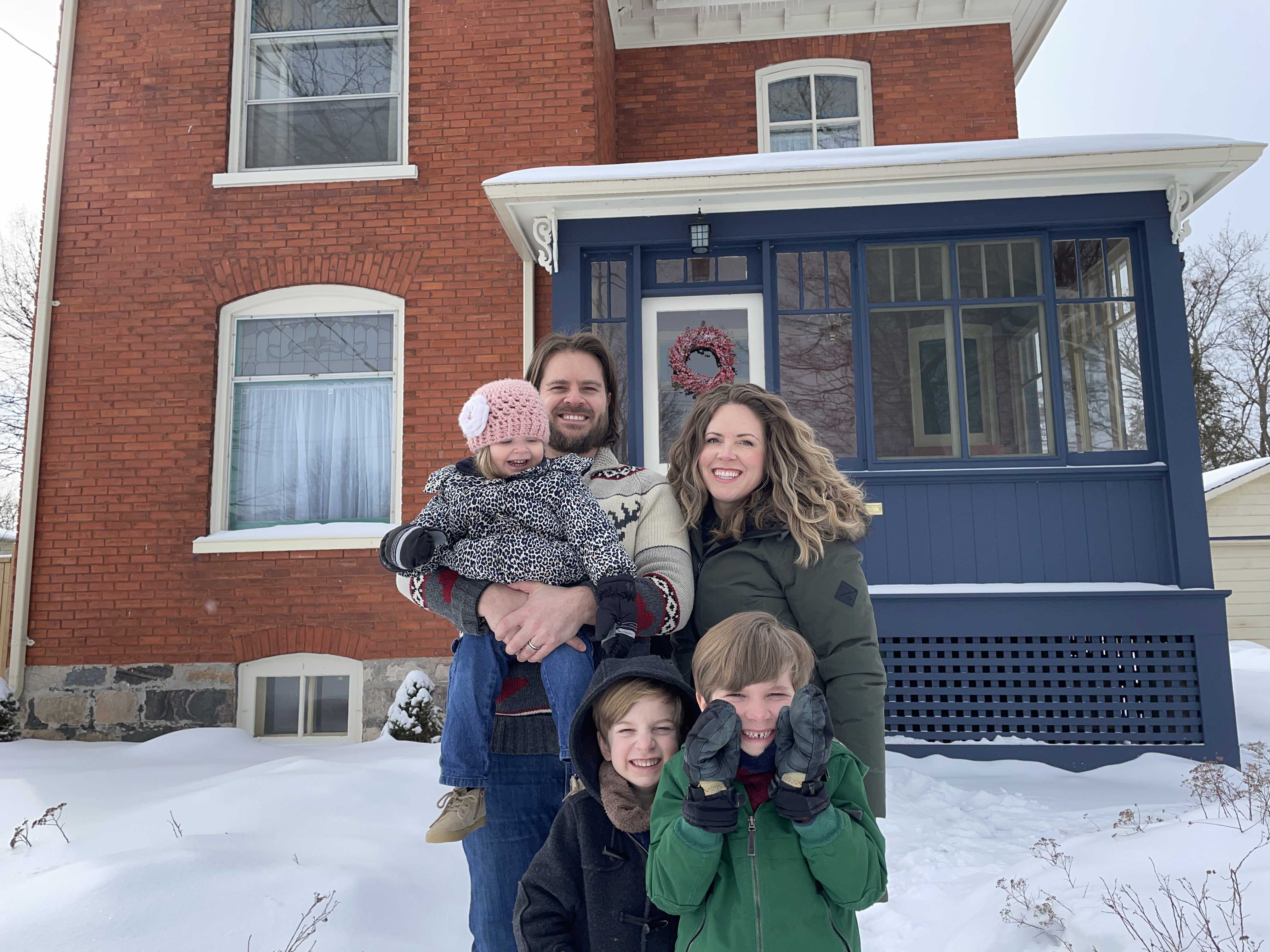 The history: Michael and Kristy first met when they were both 16, working part time at McDonald’s in their hometown of London, Ontario. They each graduated from Western University in 2005 and began dating shortly after.

In 2008, they moved to Toronto together for work. After living at condos in CityPlace and the Distillery District, they purchased a four-bed, two-and-a-half-bath bungalow in Scarborough Bluffs in 2013, for $553,750, with plans to start a family.

Between 2013 and 2020, Kristy got her real estate licence, the Daleys had three kids, and they completed a $120,000 renovation of their home, redoing the main floor, kitchen and bathrooms. 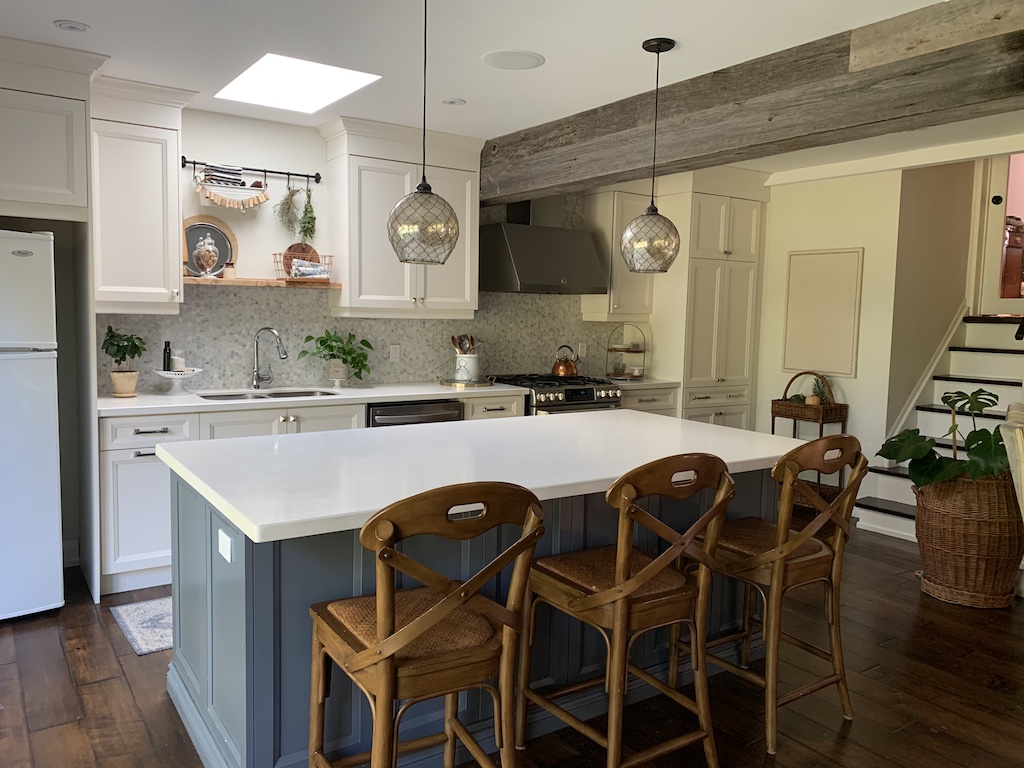 During that time, the couple also became interested in purchasing a second property in the city as an investment, but because real estate prices were climbing in Toronto, they decided to wait a bit.

When the pandemic hit, both Michael and Kristy were able to work from home. Michael made office space in the spare bedroom, while Kristy worked in the living room or at the kitchen island. 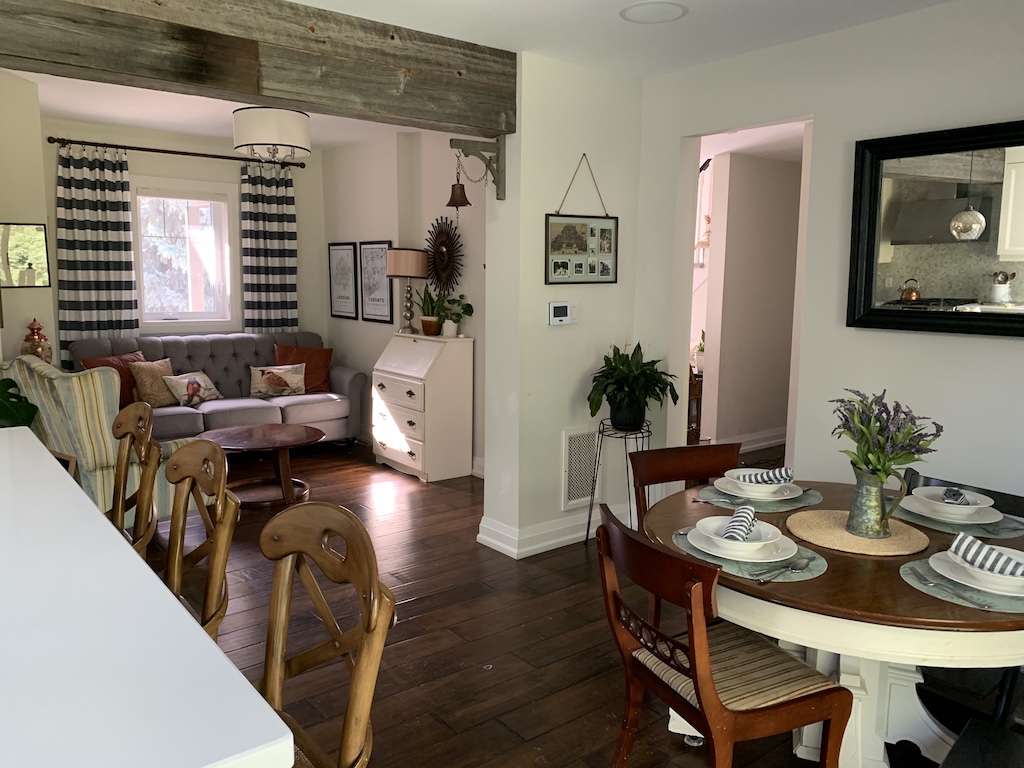 In September 2020, Kristy helped Michael’s brother find a new home. She encouraged him to look outside of the city, where prices were more affordable. It made Michael and Kristy wonder if they should also purchase a second property elsewhere, instead of in Toronto like they’d originally planned.

Michael and Kristy had always loved Goderich, a small town of less than 10,000 people, located about two and a half hours’ drive west of Toronto. Growing up in London, they both often made day trips to Goderich to visit the beach.

The couple pulled up a few online listings and found a house they thought might make a good investment. On September 5, the whole family drove out to Goderich for a viewing.

The hunt: The house was located on a quiet street, just northeast of Goderich’s main square. It reminded Kristy of her grandmother’s home, which had a similar façade and red-brick exterior. The listing price: $449,900. 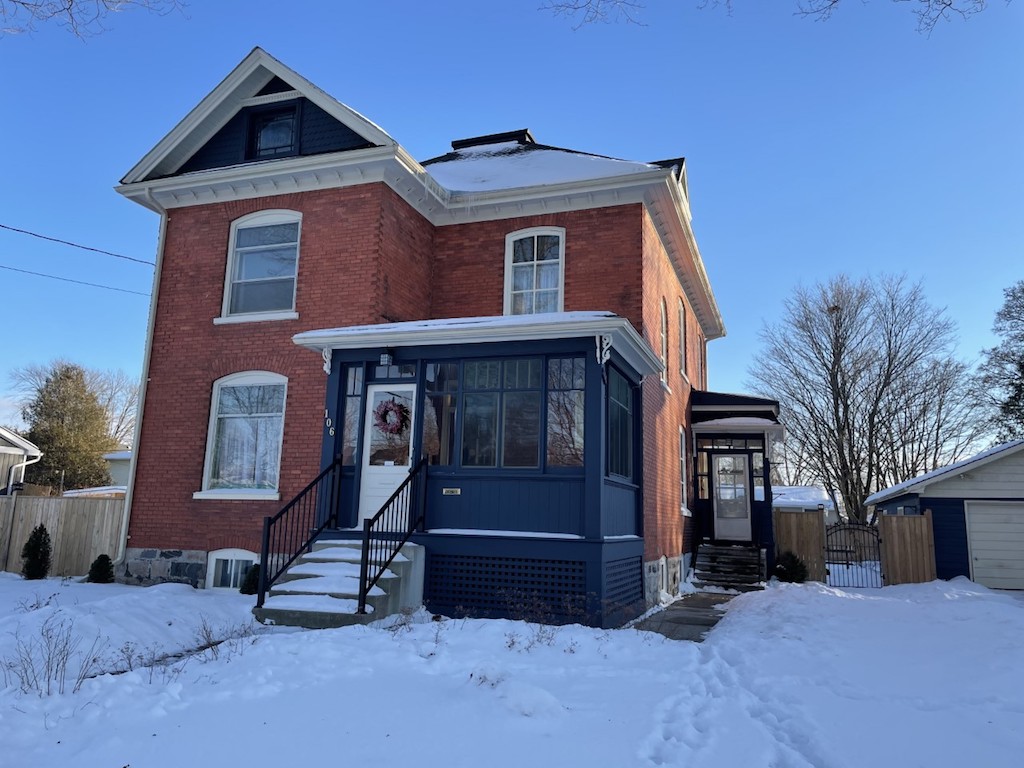 The place, built in 1900, still had stained-glass windows and detailed wooden archways. 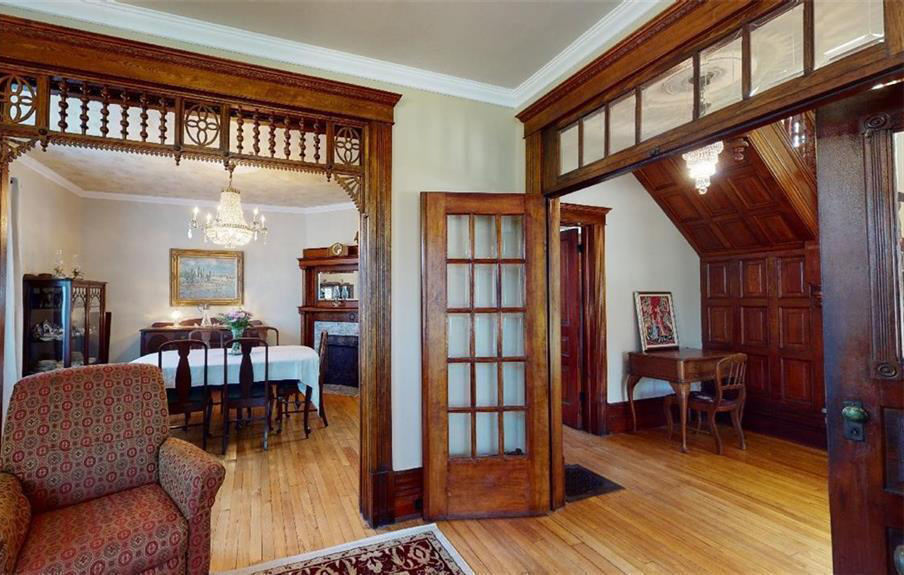 The Daleys liked that most of the main floor had recently been renovated, with a new kitchen, pantry, laundry room and powder room. 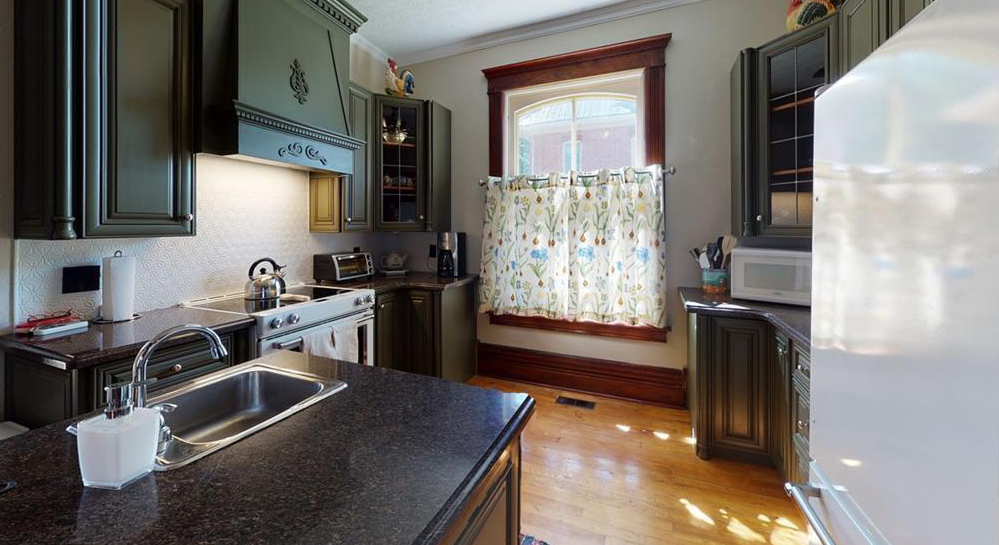 There were three bedrooms and one bathroom upstairs. 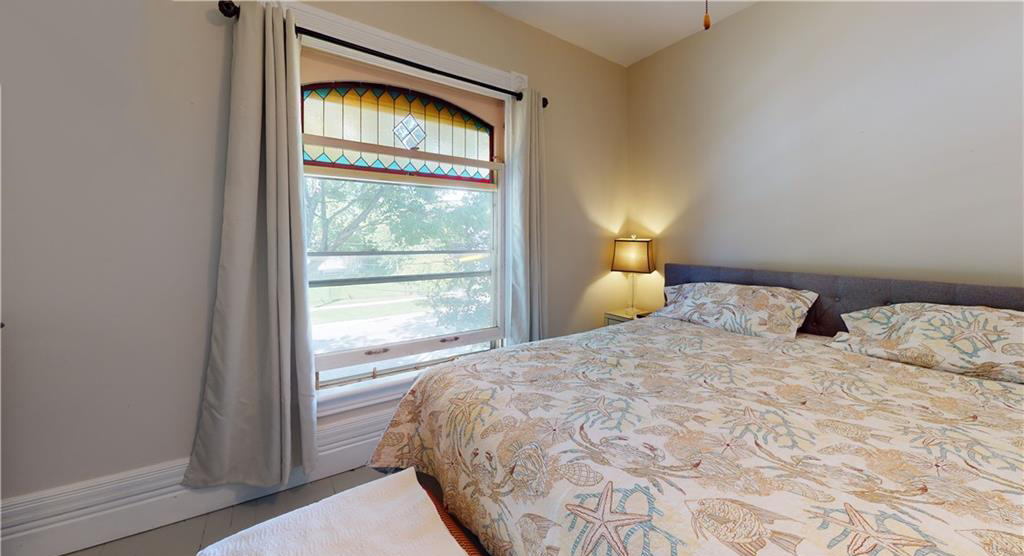 Plus an unfinished attic that could be renovated for more living space. 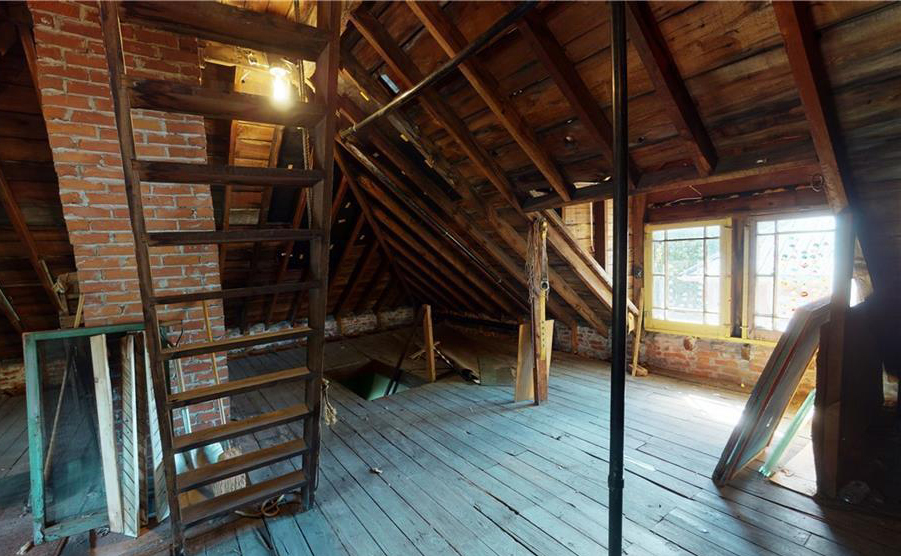 And the backyard had a large fenced-in double lot with plenty of room for an addition. 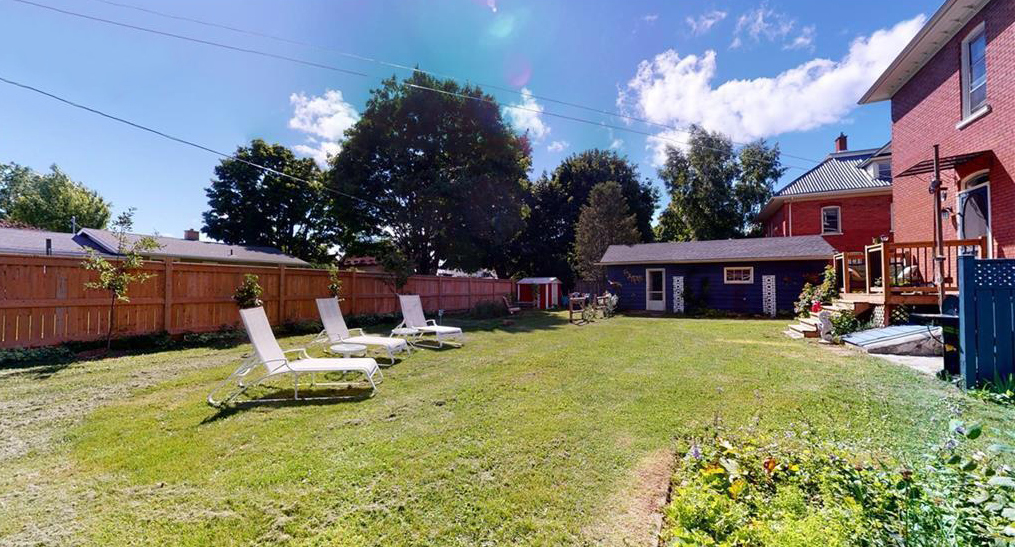 The outcome: During their visit to Goderich, the Daleys rethought their plans. What if they bought this place, moved in and rented out their Scarborough home? With three children, the lower cost of living would allow them to stretch their budget for extracurricular activities. Michael and Kristy liked the slower pace of living in Goderich. And they could already picture their kids playing in the backyard at this new place.

Moving would involve some major changes, though. Pearson and Shepherd would need to switch schools, but since they were quite young and had coped well during the pandemic, their parents felt they could make the shift. Plus, Michael and Kristy could just continue to work remotely.

So, the next day, they put in an offer for $453,750, slightly over asking. Michael and Kristy asked the sellers to include a John Deere mower, which they had spotted on the property during the viewing. The sellers accepted the sale, including the mower, with a closing date of November 6.

Then Michael and Kristy had to get their Scarborough Bluffs home ready for renters. They finished the tile in the second-floor bathroom, installed baseboards on the second floor, put closet racks in one of the bedrooms and built a new front porch railing system.

All of that took a couple of weeks. At the end of September, they listed their home for $3,400 a month, but eventually settled with a family for $3,100, with a December 1 move-in date.

The Daleys have adjusted well to life in Goderich. Pearson and Shepherd, who share a room at the house, have made friends at their new school. Michael converted one of the bedrooms into an office. 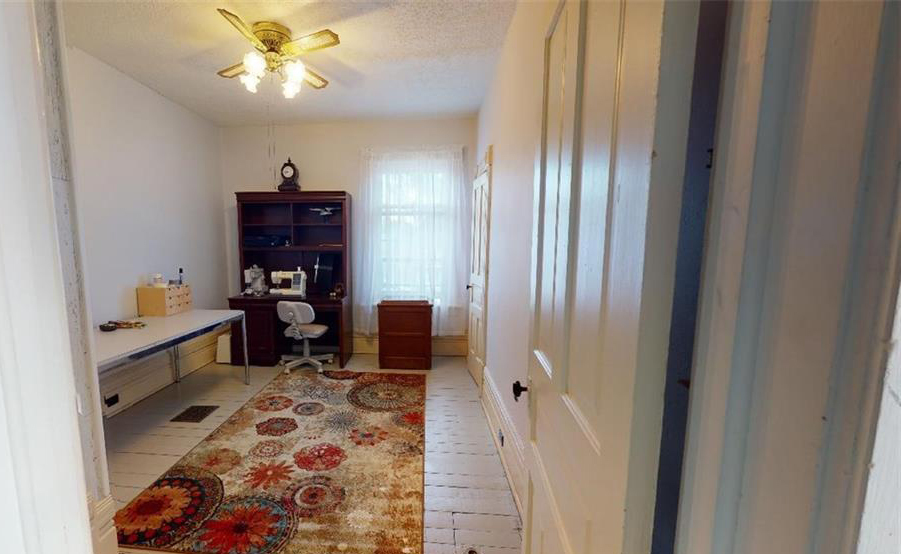 Kristy uses a nook at the front entrance for her work. 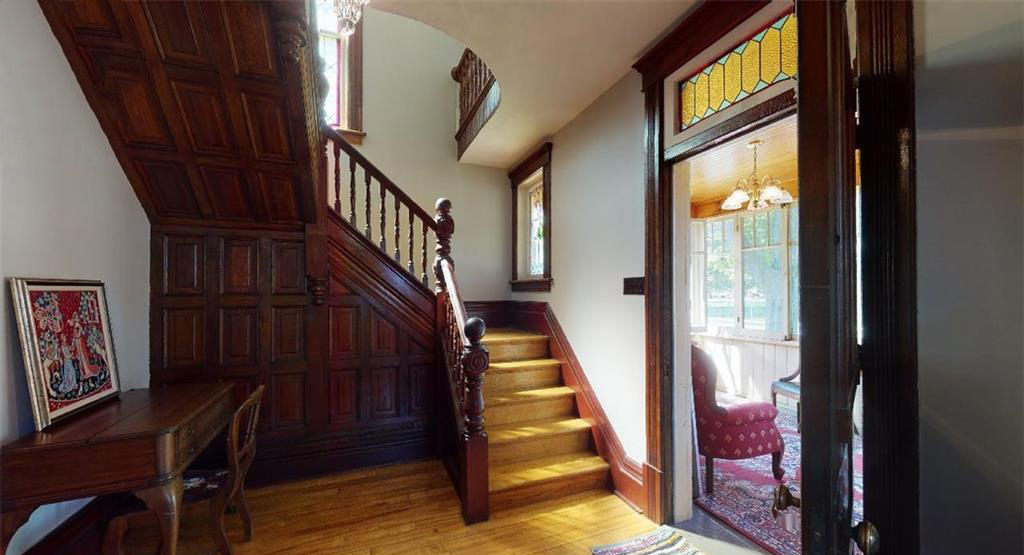 In the next 18 months, they plan to finish the attic to create another office. They expect that to cost about $30,000. After that, they’ll work on building an addition for another bedroom, for roughly $150,000.

The Daleys are a five-minute walk from downtown Goderich. They often explore the town on foot, popping into local bakeries and butcher shops for food.

They recently went skating in the park across the street. And Michael ordered a mountain bike from a local shop, which he plans to use on some of the trails. And sometimes, when Kristy is driving to pick up the kids or run errands, she’ll park her car along the cliffs of nearby Lake Huron, just to watch the sun set over the water.