A Toronto couple wanted to ditch the city—so they bought a $520,000 stone cottage in Orangeville

A Toronto couple wanted to ditch the city—so they bought a $520,000 stone cottage in Orangeville 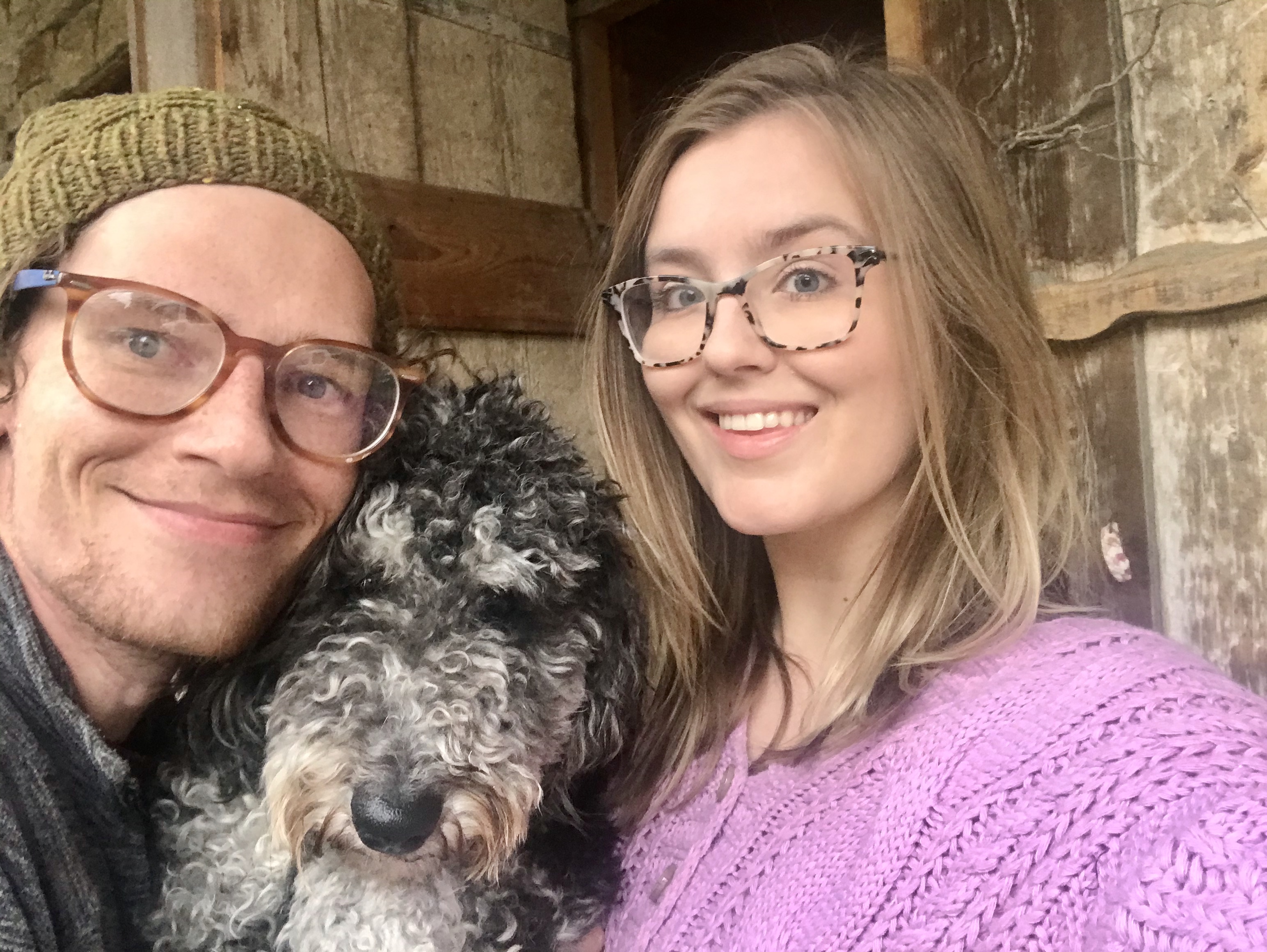 Hannah: I grew up around Bloor West Village. I loved going on walks around High Park and attending the Royal Agricultural Winter Fair with my parents. Back then, I was already drawn to the idea of an outdoorsy lifestyle. When I graduated from Humberside High School, I enrolled in the arts program at the University of British Columbia in Vancouver, partly because it’s so close to the mountains and the wilderness.

Hayden: I spent my childhood in Surrey, B.C., about a 45-minute drive from Vancouver. After high school, I took engineering at UBC. That’s where I met Hannah. We lived together on the same floor in residence. I thought, Wow, I should talk to that girl.

Hannah: It took us a couple of months to start dating. We went and saw Argo at the movie theatre on Halloween, so it’s easy to remember our anniversary.

Hayden: After graduation, we both got jobs and lived in a 475-square-foot apartment in downtown Vancouver, paying $1,600 month. I found a job as an engineer in the construction sector and Hannah worked in admin at a school.

Hannah: We lived in that apartment from 2016 to 2019. But I always thought it would be nice to move back to Toronto and be closer to my parents. Plus, I wanted Hayden to experience the adventure of life in a new city. In early 2019, I flew back, moved in with my parents and started condo hunting downtown.

Hayden: I followed a month later, with our belongings piled into a pickup truck.

Hannah: We rented a 700-square-foot loft at King and Shaw, for $2,000 a month. It was built in the 2000s, with high ceilings and industrial-style exposed brick walls. The place had a lot of character compared to most of the apartment buildings in Vancouver, which are mostly modern steel and glass. Hayden got a job with a civil engineering firm. I started building a yoga business, while also working at DramaWay, a non-profit that provides arts programs for people with physical and developmental disabilities.

Hayden: Living in Toronto was great. We got our Aussie doodle, Henry, in the summer of 2019. Much of our social life revolved around him. We spent a lot of time walking through Trinity Bellwoods or taking him to the off-leash area at Stanley Park, where he could run around for an hour every night. On weekends, we loved going to the School Restaurant in Liberty Village for brunch, but we’re not big drinkers or into the club scene, so maybe we weren’t taking full advantage of King West.

Hannah: Then the pandemic hit, in March 2020, forcing us to cancel a vacation to New York. We both started working from home. I switched my yoga lessons to virtual classes, but it was hard to film in the living room of an already small apartment. I had to push our table and chairs to one side to set up my mat, and Hayden had to time his meetings so he didn’t interrupt the flow of my classes. Sometimes he had to sit in the car to Zoom with his co-workers.

Hayden: In April, we started thinking about buying a place with more outdoor space for the dog. Our budget was $725,000 and below, hoping for something more like $675,000. When you type that into a Toronto real estate app you don’t get many results. So we widened our search. We looked at half a dozen places around the GTA, including a houseboat in Scarborough and a farmhouse in Richmond Hill. But everything was listed for way under market value, which our agent told us is a common trick to attract interest. And I guess it worked. Every time we even thought about making an offer, we’d hear there were 15 or 20 in already.

Hannah: Then, on June 18, Hayden found a three-bedroom stone cottage in Orangeville, a cute historic town about an hour’s drive northwest of Toronto, listed for $525,000. We debated whether we should go see it because the photos were so bad. All you could tell was that there was some sort of stream or river on the property. But we liked the idea of living outside the city and decided to take a chance. I wouldn’t say we went in with high expectations, but as soon as we stepped in the door, we realized it was pretty special. 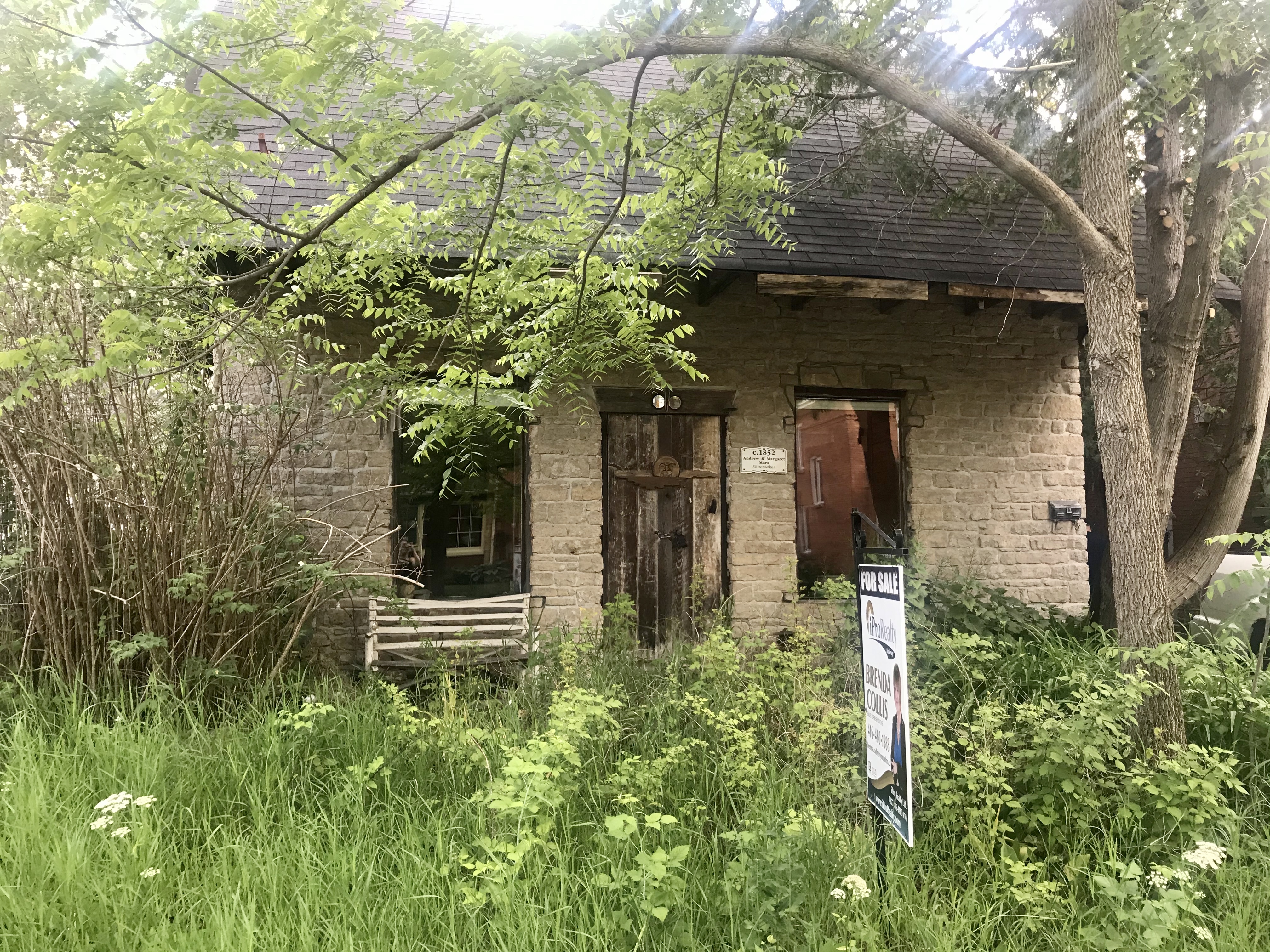 Hayden: The cottage was built in the 1800s by the local shoemaker. There are stone walls, stone floors and a spiral staircase in the front part of the house, giving it lots of character. It’s about 1,400 square feet across two storeys, so quite spacious, with three bedrooms and one full bathroom. We also liked that it’s on a half-acre of land, with a long backyard that borders a stream. The place did need some renovations, though. The décor in the back extension was dated and the floorboards were falling apart. But we were excited about the opportunity to do it up. In the car on the way back to Toronto, we both agreed it was one of the coolest properties we’d seen. 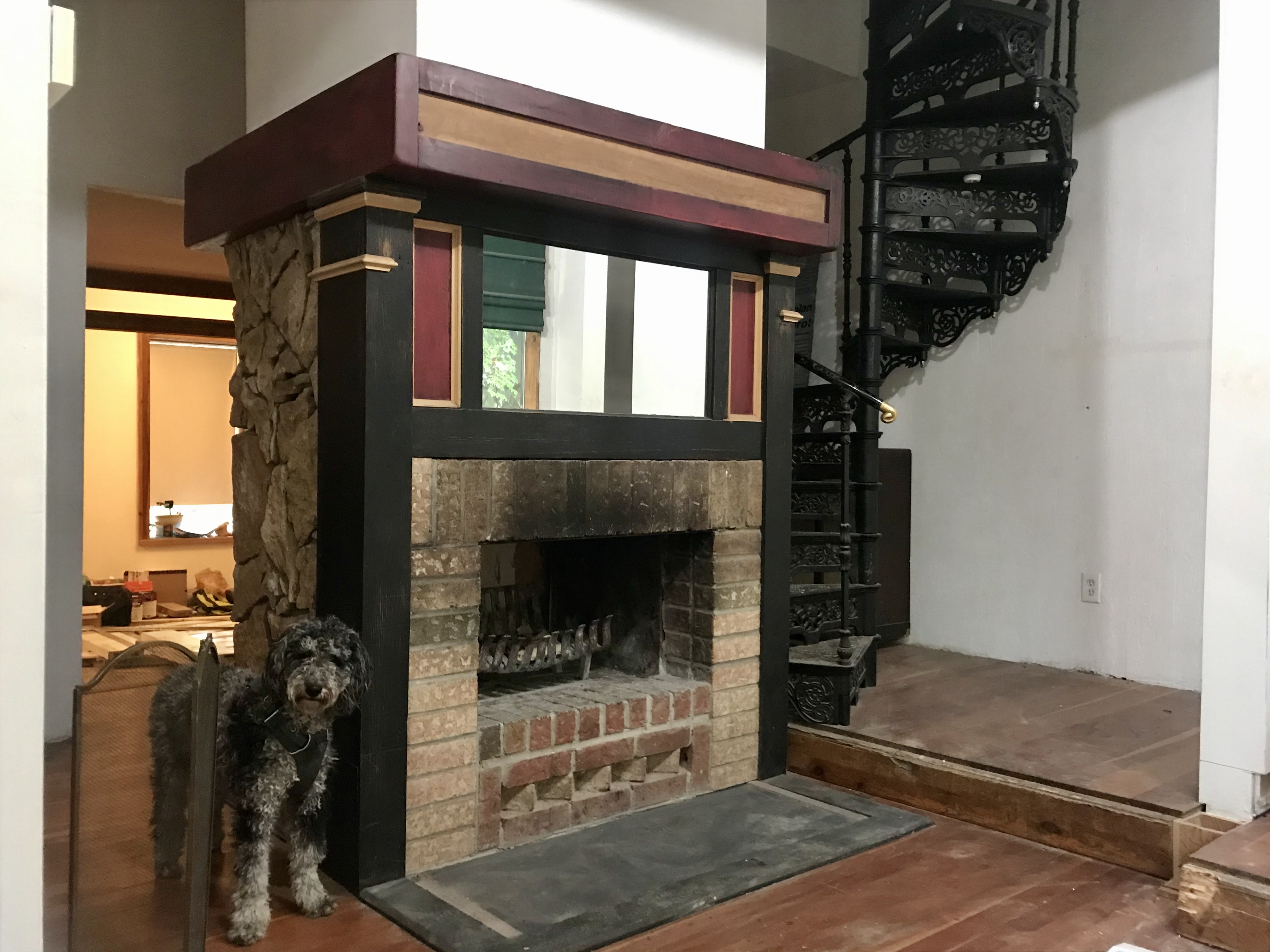 Hannah: The next day, we made an offer of $20,000 under asking, conditional on an inspection, knowing the place needed some upgrades. They came back to us the same day with $520,000. We slept on that and accepted the next morning. I think it was a really good price, well below our original budget, and it let us keep some money for renovations. We took finally took possession August 25. 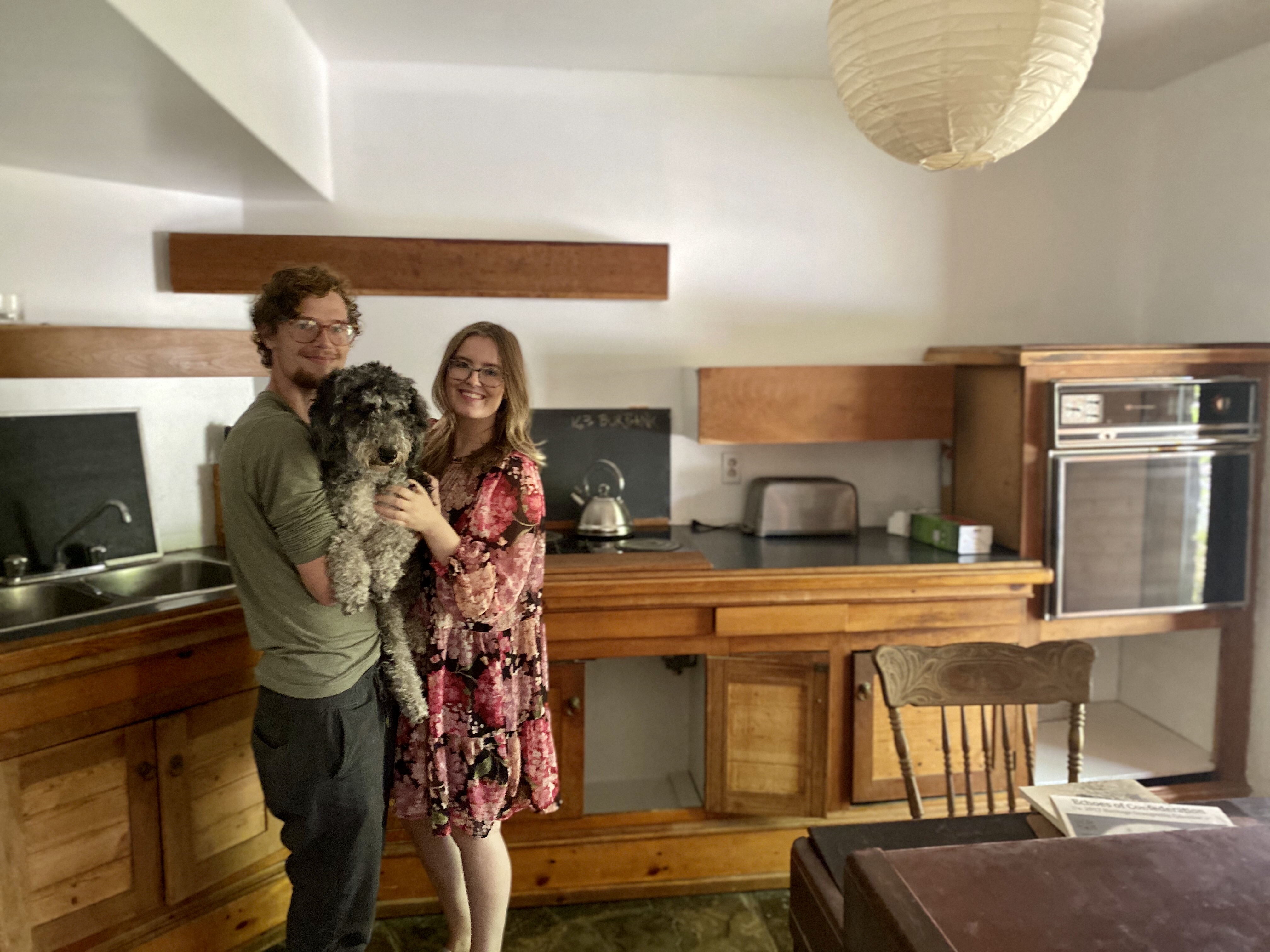 Hayden: The inspection revealed that we’re going to have to redo the roof and floorboards, but that’s fine. Hannah has an eye for interior design. She wants to add some accent colours and replace the kitchen cabinets. In the back, I’d like to put in a fire pit and maybe a path down to the stream. Altogether, the renovations should cost about $50,000. 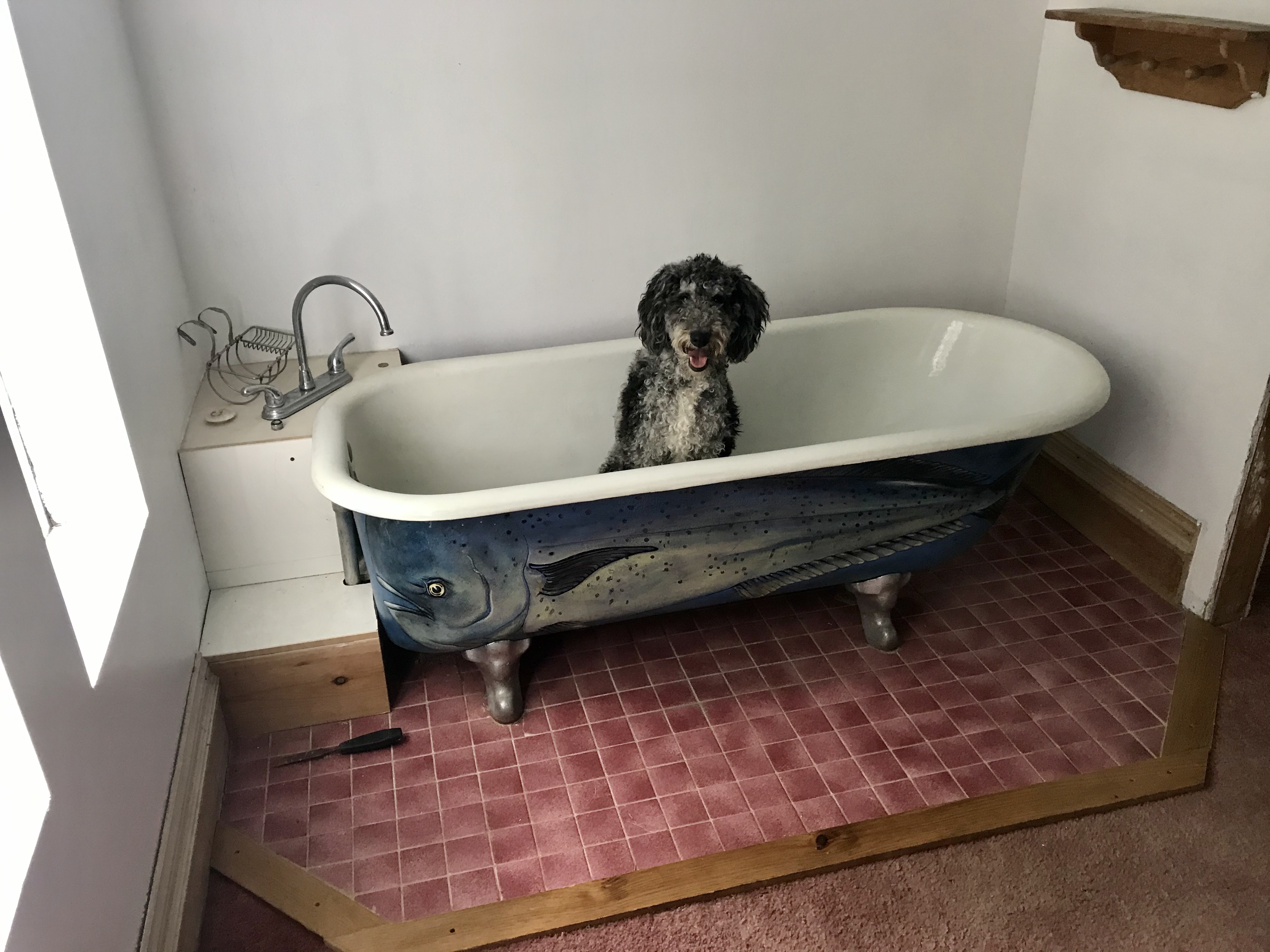 Hannah: Right now, we’re living between here and our place in King West. We’ve been driving up on weekends, moving stuff in and sleeping on an air mattress. The plan is to get the roof done and leave our apartment in Toronto by the end of fall. Both of us are going to be working from home for the foreseeable future, but if we eventually need to drive into Toronto a few days a week, that won’t be the end of the world. We haven’t spent much time in downtown Orangeville yet, but it’s so cute, with lots of old brick buildings. They were filming a Christmas movie on the main street the other day and there were decorations everywhere, which got me really excited for the real thing. 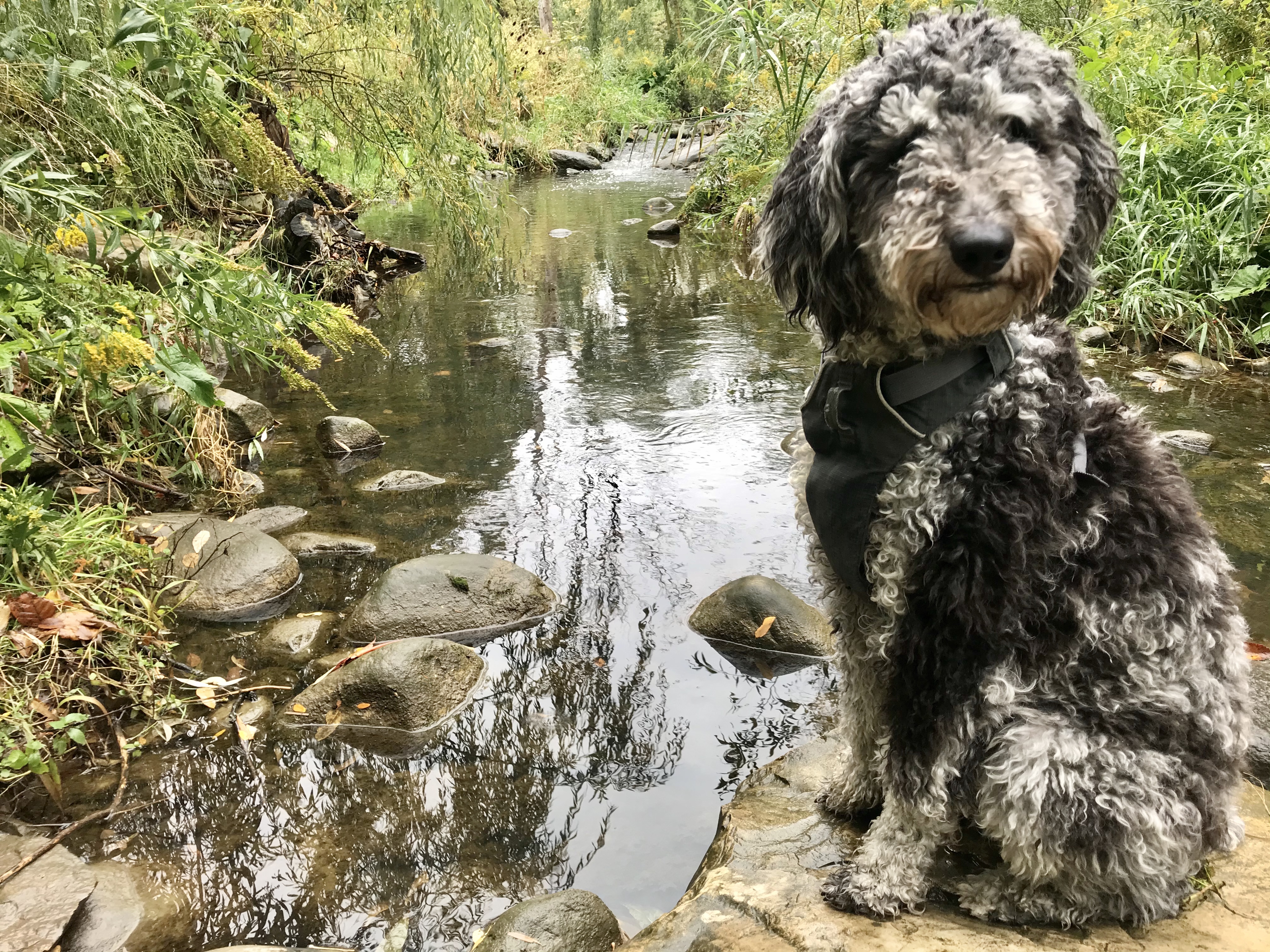 Hayden: At the start of September, we took a little holiday to Sauble Beach. I’d actually planned to propose to Hannah in New York in March, but obviously that didn’t happen. The ring had been burning a hole in my pocket since then. On a beautiful day, we ate lunch on a patio, went for a long walk along the beach, then hung out by the campfire at our Airbnb and watched the sunset. I decided that was the time to pop the question. And she said yes.

Hannah: We don’t have any plans for a wedding. We’ve been together for eight years and we live together, so there’s no rush. It’s more of a promise and maybe a little bit of an insurance policy, just in case we fight a lot during the renovation.