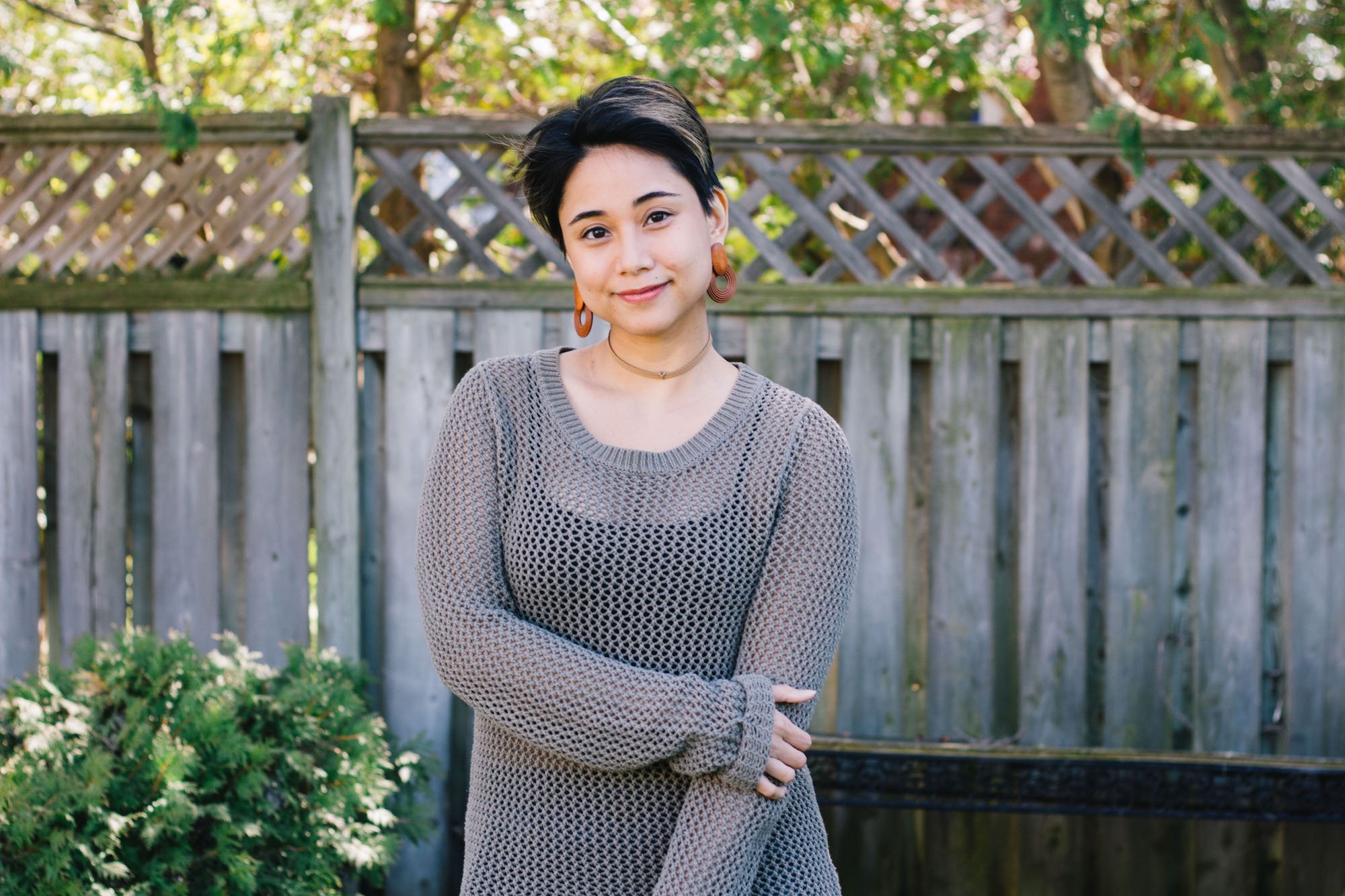 Isabel Kanaan, an actor and content creator, came to Canada from the Philippines with her family in 2008, when she was 16 years old. After studying acting at Seneca College, her humorous TikToks—which her family helps produce—about being an immigrant in Canada landed her a development and acting role in the OMNI English-Tagalog sketch comedy series, Abroad. Here’s how she got started.

“I was born in the Philippines in the early ’90s and lived in San Juan, a small city east of Manila, with my parents, an older brother and two younger brothers. After the second grade, during the summer, my mom put me into dance and musical theatre classes to get me out of the house. It’s where I started developing a love for performance.

“At home, I shared a bedroom with my three brothers. I love them all, but at times, it was a lot to handle. We didn’t know that my older brother, Philip, had autism until he was 9 or 10 years old. There wasn’t much support for autism care in the Philippines in the early aughts, so his condition was difficult to diagnose. Once my parents understood what autism is, they also recognized the signs in my younger brother, Anton, who was also diagnosed with autism when he was about four years old.

“Soon after my brother’s diagnoses, my parents started thinking about immigrating somewhere with a better healthcare system. My dad’s sister and her family had settled in Burlington, so that’s where we decided to go. My dad, who works as a businessman for an import-export company, would stay in the Philippines, and travel back and forth.

“We moved in the summer of 2008. I remember being on the plane pretending to sleep under a blanket while I cried. It was slowly sinking in that the life I’d lived, the friends I’d made and the dreams of the future that I had hoped for in the Philippines, would be gone forever. When I came to Canada, life didn’t feel real. I experienced such a culture shock. At first, my relatives told us not to tell people we were Filipino because they thought we’d face discrimination. Instead, we simply said that we were mixed race, which we are, but it didn’t feel right. We all spoke English fluently but we had an accent. I tried to hide mine by speaking really slowly and drawing out my vowels.

“We lived in Burlington with my aunt’s family. Phillip and I would sleep in the living room while my two other brothers shared the guest bedroom. Phillip and Anton were thriving at school. They each got a teacher’s assistant to help with their individual and specific needs, free-of-charge. We knew that amount of help wouldn’t have been possible back in the Philippines. Eventually, we bought our own house in Burlington where I live with my mother and Phillip and Anton. It’s spacious enough that we all have our own rooms. It feels very different from when we used to share a room in the Philippines. My dad and other brother are currently there but join us in Canada when they can. 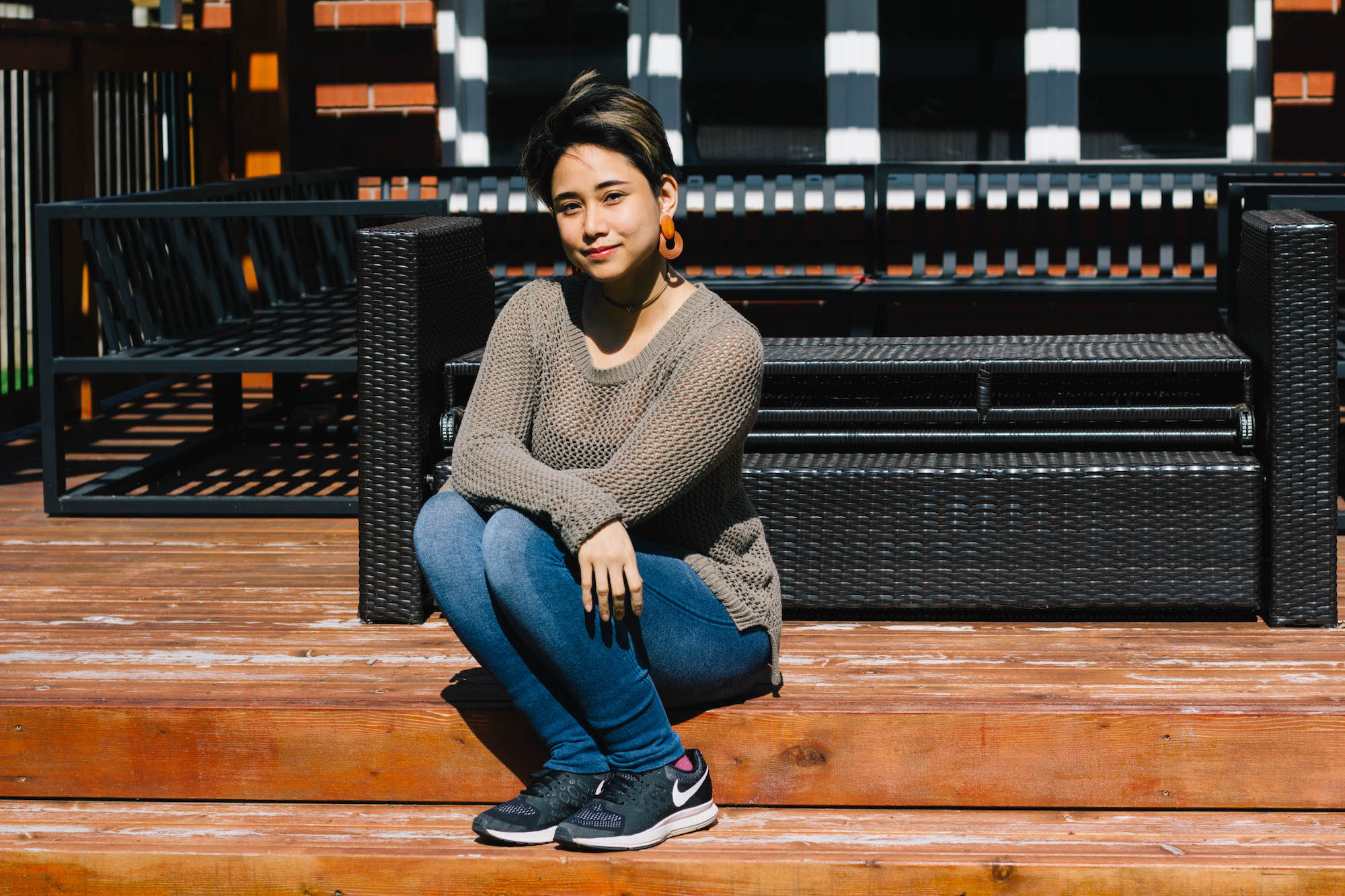 “After I graduated from high school, I went to York University to study math and become a teacher. When I had only one year to go, I realized that it just wasn’t for me. I started to meet people who graduated with a teaching degree who were finding it difficult to find employment. I thought, If I graduate from acting and I can’t book anything, I can create my own content—write and act in my own productions. But if I graduate with a teaching degree and can’t get a job, I can’t build my own school. So, I took a chance on my true calling and transferred to Seneca’s acting program instead.

“I was pretty ambitious and started auditions soon after enrolling in classes, and my career really advanced from there. By the time I graduated, I was booking roles on web series (Haunted or Hoax), radio commercials and a stage production of Othello. I started to get into sketch comedy and joined a sketch group called Asiansploitation. I also got into the Second City Conservatory Program, where I learned how to write and perform comedy. While at Second City in 2017, I was spotted by a representative from Royal Canadian Air Farce. They invited me in for an audition and I got the gig. That was my first time on TV. 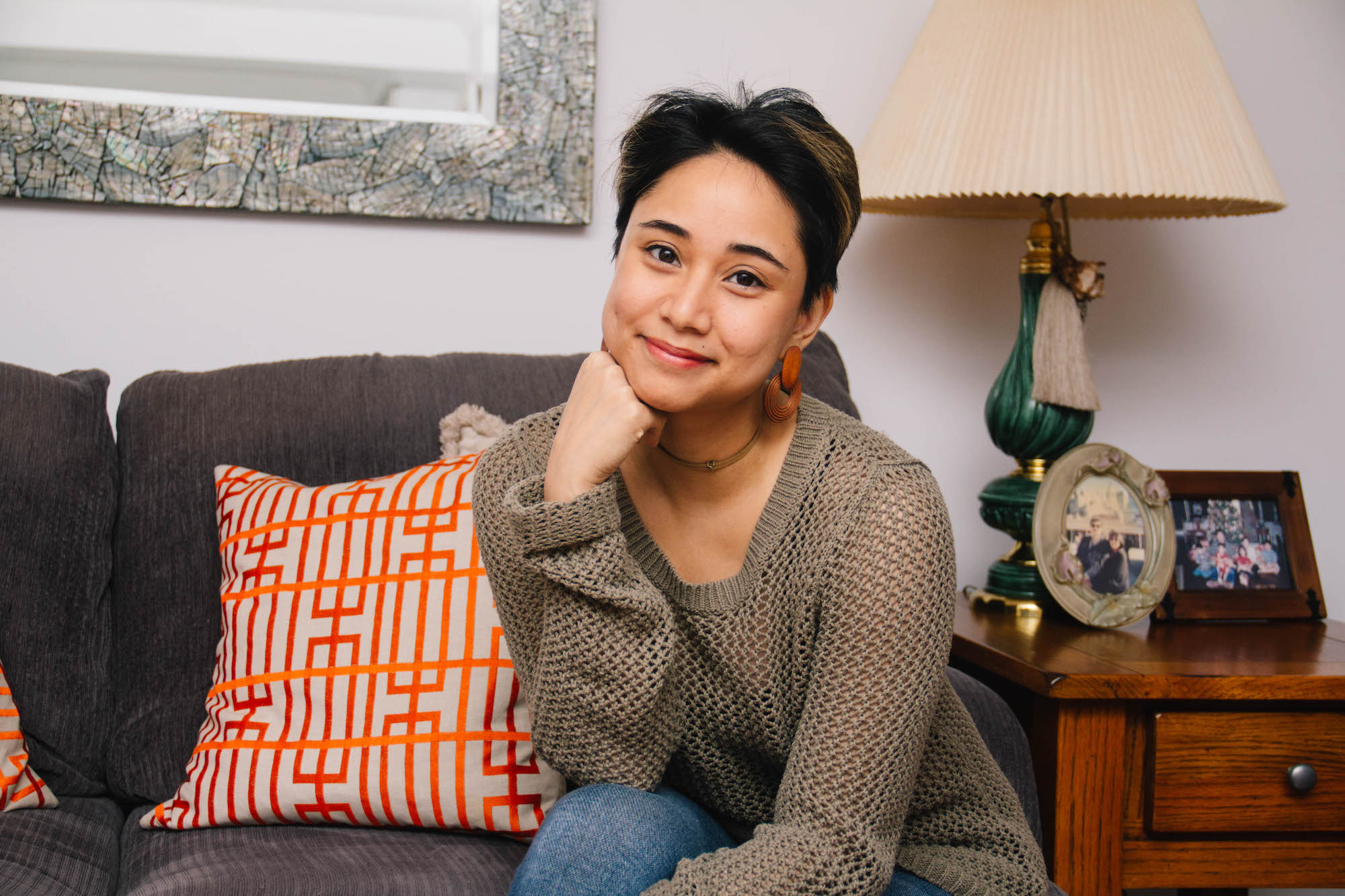 “I was on the show for three years and it great. The Air Farce head writers, Wayne Testori and Kevin Wallis, were really supportive. They liked me and wanted me to have my own show. We shared some ideas, but none of them landed so we shelved that conversation.

“In 2019, I started publishing videos on TikTok about immigrant culture and being a Filipino in Canada. One of my first videos was about telling my parents and siblings that I didn’t want any rice at a family dinner. Rice is a Filipino staple; we eat rice with absolutely every meal. So everyone in the room was like ‘Oh, what’s wrong with you? Are you sick?’ I made another video about the difference between break ups in the Philippines and break ups in North America. It now has over 800,000 views.

“Comments on TikTok and messages I’d get from fans across the world made me realize that I shouldn’t hide my Filipino roots and I started to embrace it more. My family inspires a lot of my ideas for TikToks. Just watching them helps me generate ideas. The break-up video was based on how my mom would tampo, which means get upset, and then my dad would do something romantic and funny, and they’d make up.

“My brothers also share ideas for jokes with me. In Abroad, I play a character based on Manny Pacquiao, the former professional boxer and current senator in the Philippines. This idea is based on one of my brothers’. I don’t see comedy as just my career. I think of it as like a family business. They appear in my videos, and when I’m filming my TikToks, my brothers help set up lighting and my mom moves furniture out of the background. 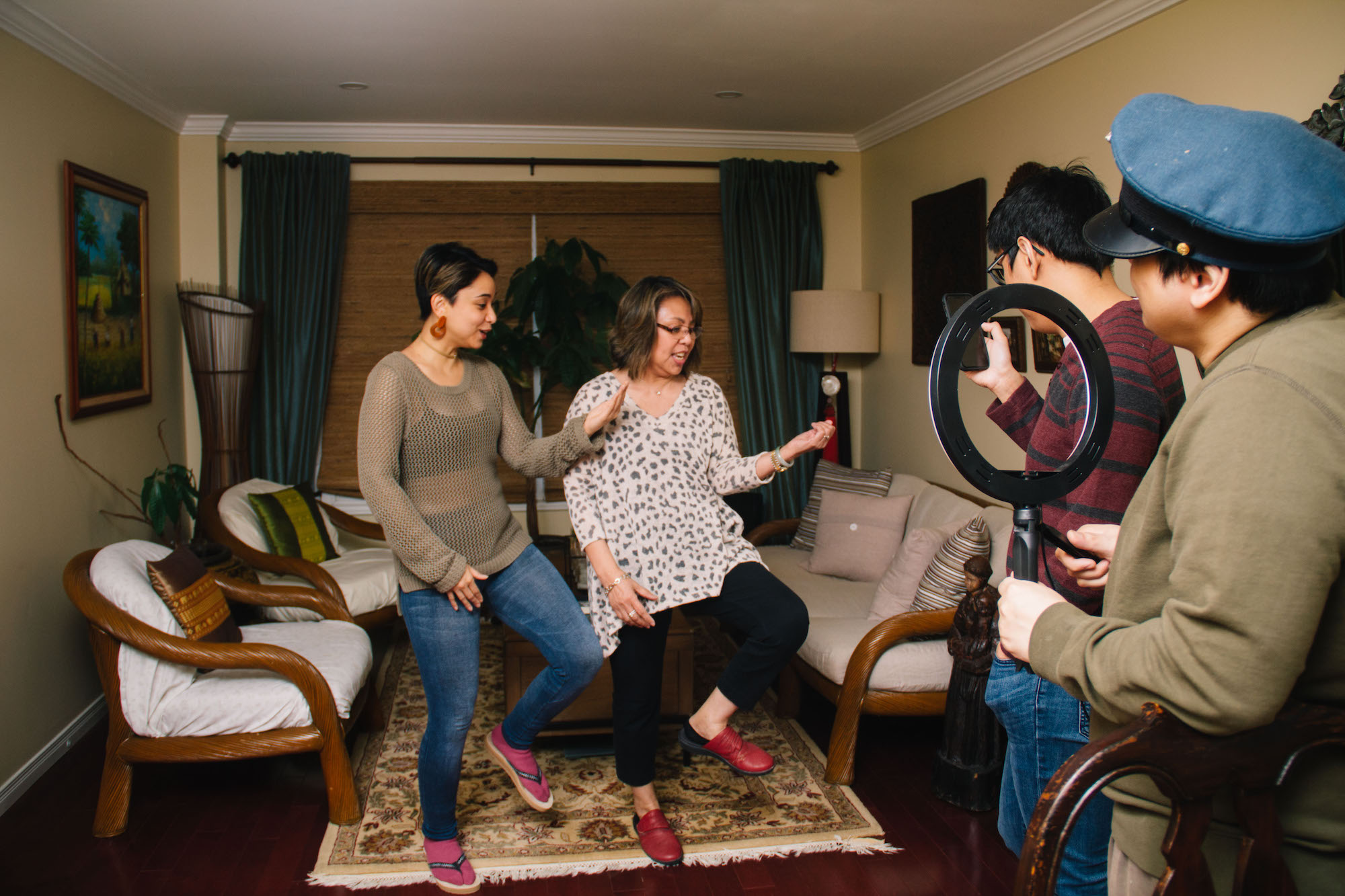 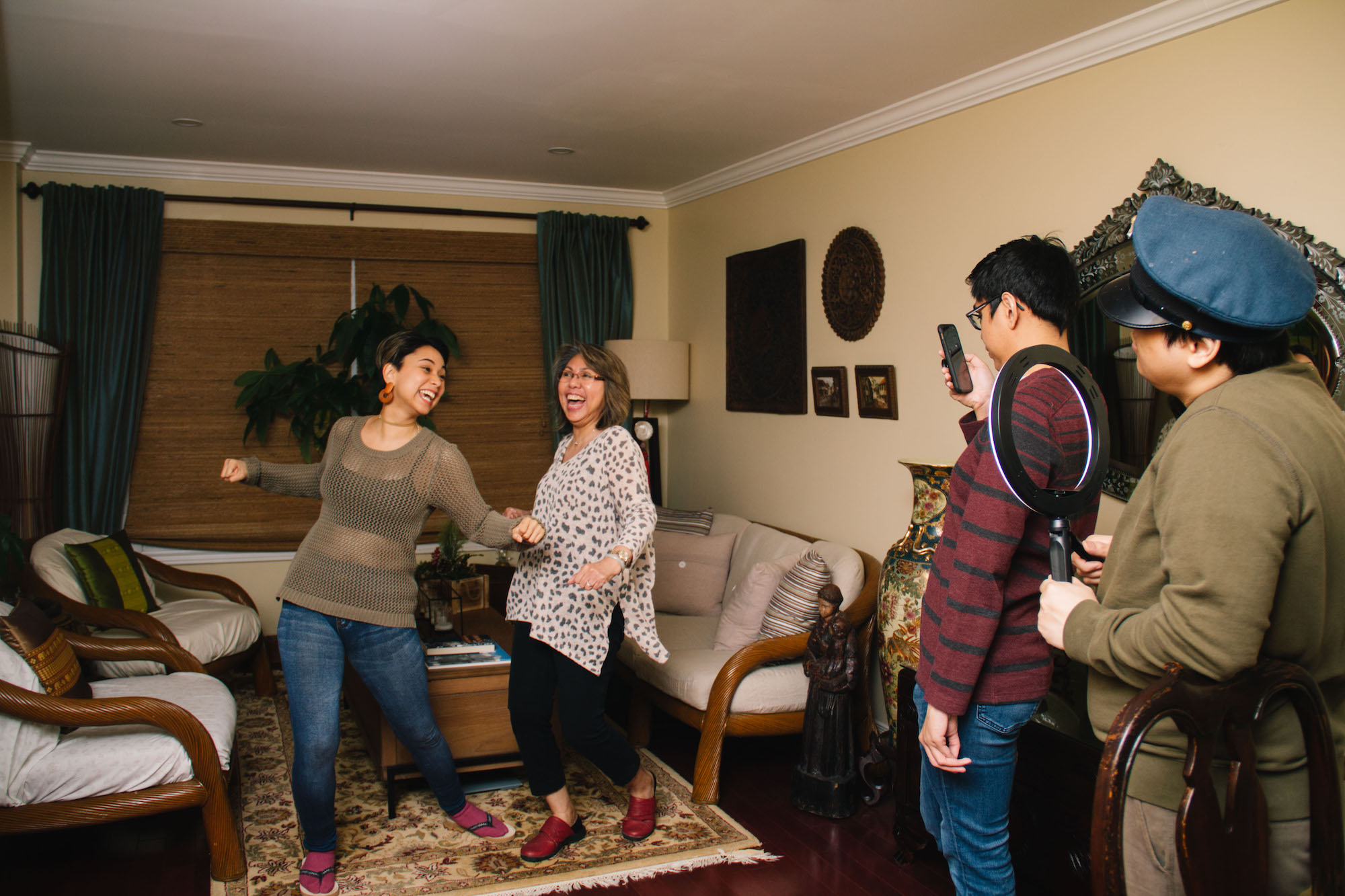 “A few months after I began producing TikToks, Wayne and Kevin saw them and said, ‘This is what we want to make a show about.’ So we started developing a series based on my experiences. I thought, If I’m going to make a show on television, I’m going to use it to celebrate my Filipino roots. We came up with the name Abroad from my TikTok name, which was Abroad Filipina.

“For most of the networks we pitched, we had to prove that there was an audience for the series. Immigrants make up roughly a third of the Canadian population, yet we don’t see many shows about us and our communities. But when we got to OMNI, the meeting felt different. The execs were very collaborative during the pitch. They gave us ideas to play with and possibilities of what the show could look like, and we understood that this network was the right home for Abroad.

“In 2019, while I was developing the series with Wayne and Kevin, my father had a stroke. Fortunately, he recovered but the incident left him with some permanent damage and he began to consider retirement. In Filipino culture, the responsibility of caring for the family would then fall on me, as the Ate or older sister. I suddenly felt even more pressure to make the series a success. 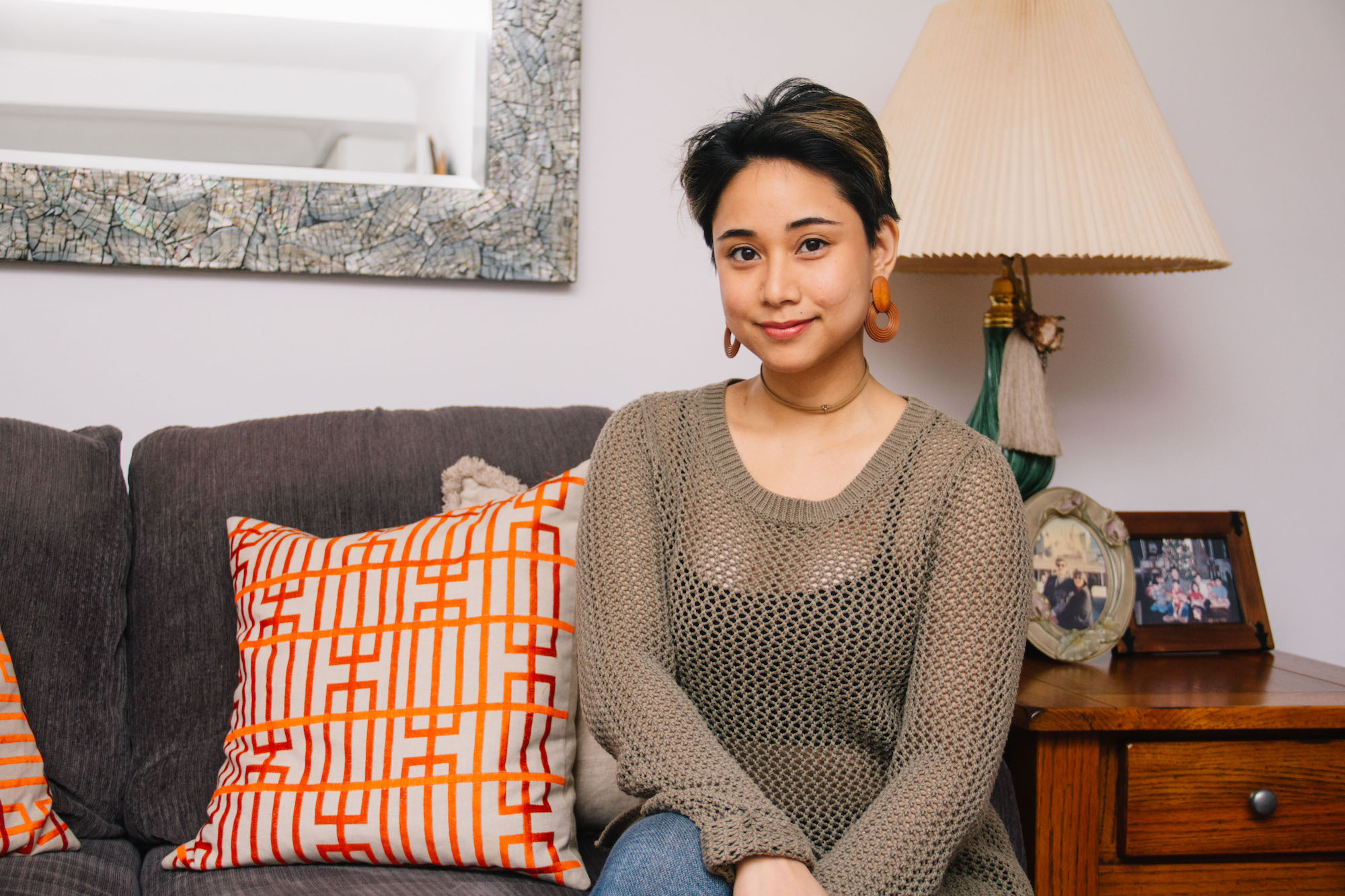 “We began filming in November of 2021. I was in every sketch, every day. I was working 12-hour days for 10 weeks. In addition, I was the executive producer which meant there were moments when I had to put on that hat in between sketches. It was a lot of juggling. I would come home at 10 or 11 p.m. and wake up at 5 a.m. to start working again. It was difficult and exhausting.

“It didn’t really sink in that I had created my own sketch comedy show until we had a premiere viewing party in April at cast member Aldrin Bundoc’s house. Watching it with the cast was gratifying. People’s positive reactions brought me a lot of joy. They were screaming with excitement, so I screamed too. After the premiere, a viewer who had tuned in tweeted, “Never would I have thought that I would see a Filipino show in tagalog on Canadian television.” Seeing that was emotional. It’s still surreal. I had fun, and I know the others who worked on the show with me had fun too.

“Watching the show with my family has been a treat as well. My brothers are really excited about it. I think my parents are still at the I-hope-this-opens-doors-for-you stage—they don’t realize the level of success having a show entails. I don’t blame them though since the only actors my parents were exposed to are from American movies and TV shows—Hollywood—so anything other than that isn’t truly successful. Unless I’m at the very top, I won’t have made it. This sentiment isn’t unusual in immigrant families. They are still very proud of me, but I have learned to acknowledge my successes without having to hear it from my parents or others. It feels great to help out with expenses around the house and thank my parents for all they have sacrificed for us. For example, I recently bought my dad an exercise bike to help with his physiotherapy.

“I hope we get to do another season, but I don’t know if that’s going to happen yet. My goal is to provide for my family, so I’m going to do whatever it takes. Right now, it’s acting. But who knows? I could switch careers. And that would be totally fine with me. A lot of the drive I have to keep going is due to my family. My TikTok channel has 5.6 million likes. I’ve definitely seen more likes and followers since Abroad came out, but I’m not looking for millions more. As great as it is to have an online presence like mine, the time I get to spend with my family is what matters to me most. 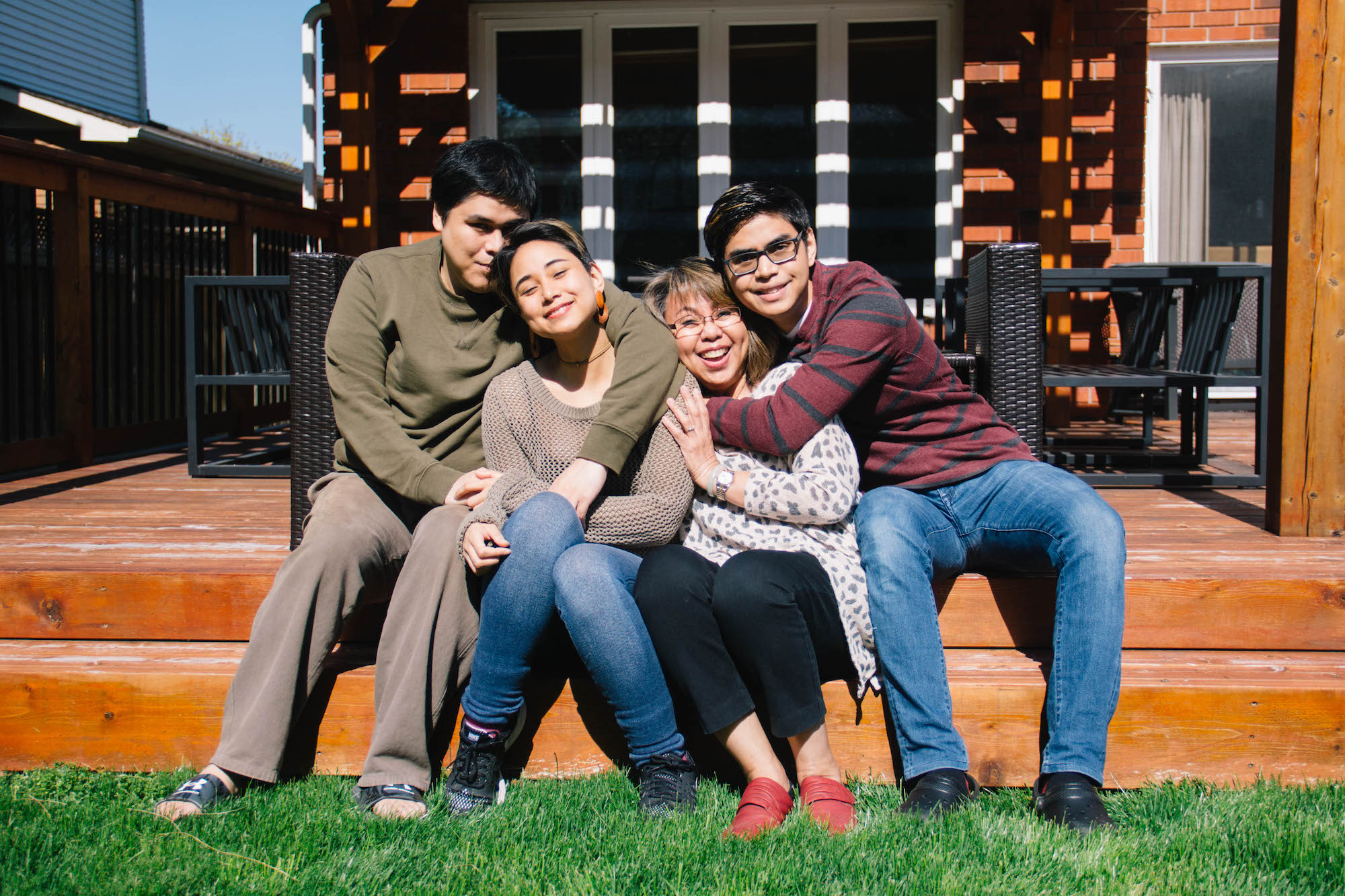