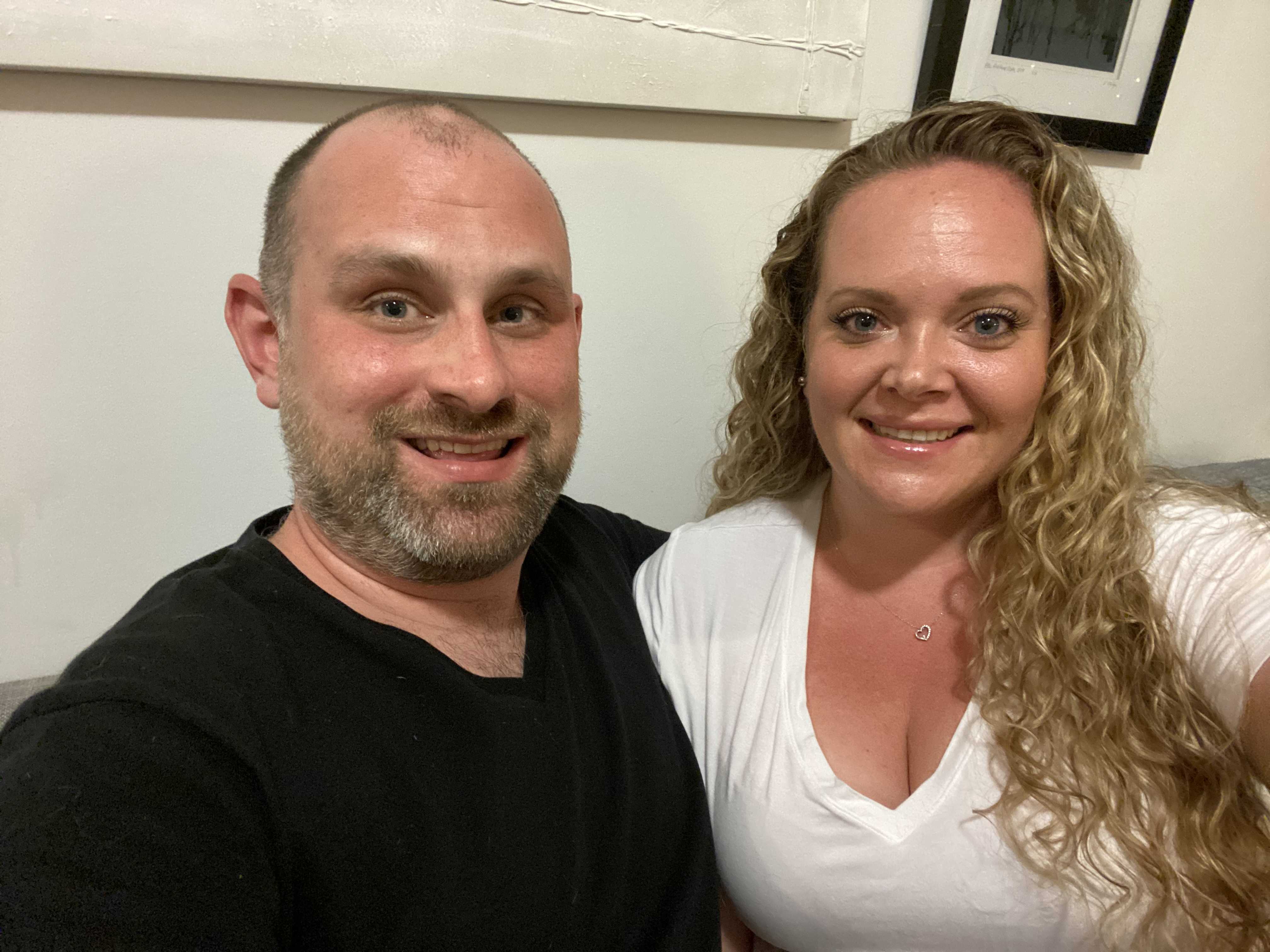 In May, feeling lonely during lockdown, Ryan Zade logged onto Tinder. Within a couple of days, he matched with Vicki Braide, and their texting soon progressed to phone calls and in-person hangouts. Two dates in, they were officially bubbling together, and after six weeks, they’d met each other’s parents. Here’s how their relationship progressed during Covid.

Vicki: I moved from Montreal to Toronto in 2015 to work as a merchandise planner for Holt Renfrew. My last relationship ended in 2016, and I’ve been single since then. Before the pandemic, I was dating people here and there, but I never found somebody who I clicked with.

Ryan: I moved from Aurora to Toronto in 2017 to start a career as a senior policy advisor for the Government of Ontario. For the first two years. I couldn’t be bothered with dating apps. I was getting to know the city. But last summer, I tried Tinder, Bumble and Hinge. I only went on two dates. One was a disaster, and one was okay. Then I gave up on the apps until Covid. I live by myself, and I was working from home. I was only going out once a week for groceries and hadn’t seen any family or friends in person for the first month. I was pretty lonely. So I figured I’d give the apps another shot. It got to the point where I was thinking to myself, I really don’t want to do this thing called life alone for much longer.

Vicki: Ryan messaged me on Tinder in mid-May. He’d noticed that I’d used an Oxford comma in my list of things I liked.

Ryan: So my first message to her was about that. Then we joked about how the Oxford comma was a good way to filter potential love interests.

Vicki: His message was totally dorky but really cute. And I liked how he put some thought into his profile. It was funny and intelligent. He had written something about getting used to the pain of running again. I liked that he was active, but he also found some humour in it. We messaged back and forth for a few days. There was a lot of banter, and I began looking forward to messaging with him. It was a breath of fresh air to chat to somebody who could keep up a conversation.

Ryan: Too often on these apps, you’re talking to someone and the conversation stalls. But Vicki would keep the conversation going by asking me questions. She didn’t just ask what I did professionally, but also why I do what I do. And she asked what unpopular opinions I have.

Ryan: Vicki was good at giving clever responses like that. She was intelligent, thoughtful and a little flirty, too.

Vicki: After a few days of chatting, we talked on the phone. He was the same person over the phone as he was in text. That reassured me.

Ryan: Around that time, in early June, we started getting news that it was okay to expand your social circles to 10 people. We took it as a signal to go on a real date. Our connection kept getting stronger, and I was eager to meet Vicki in person and see if that connection worked in real life.

Vicki: I have a dog, a dachshund-beagle mix named Stella, so Ryan met me at Corktown Common near my home so she could join us. 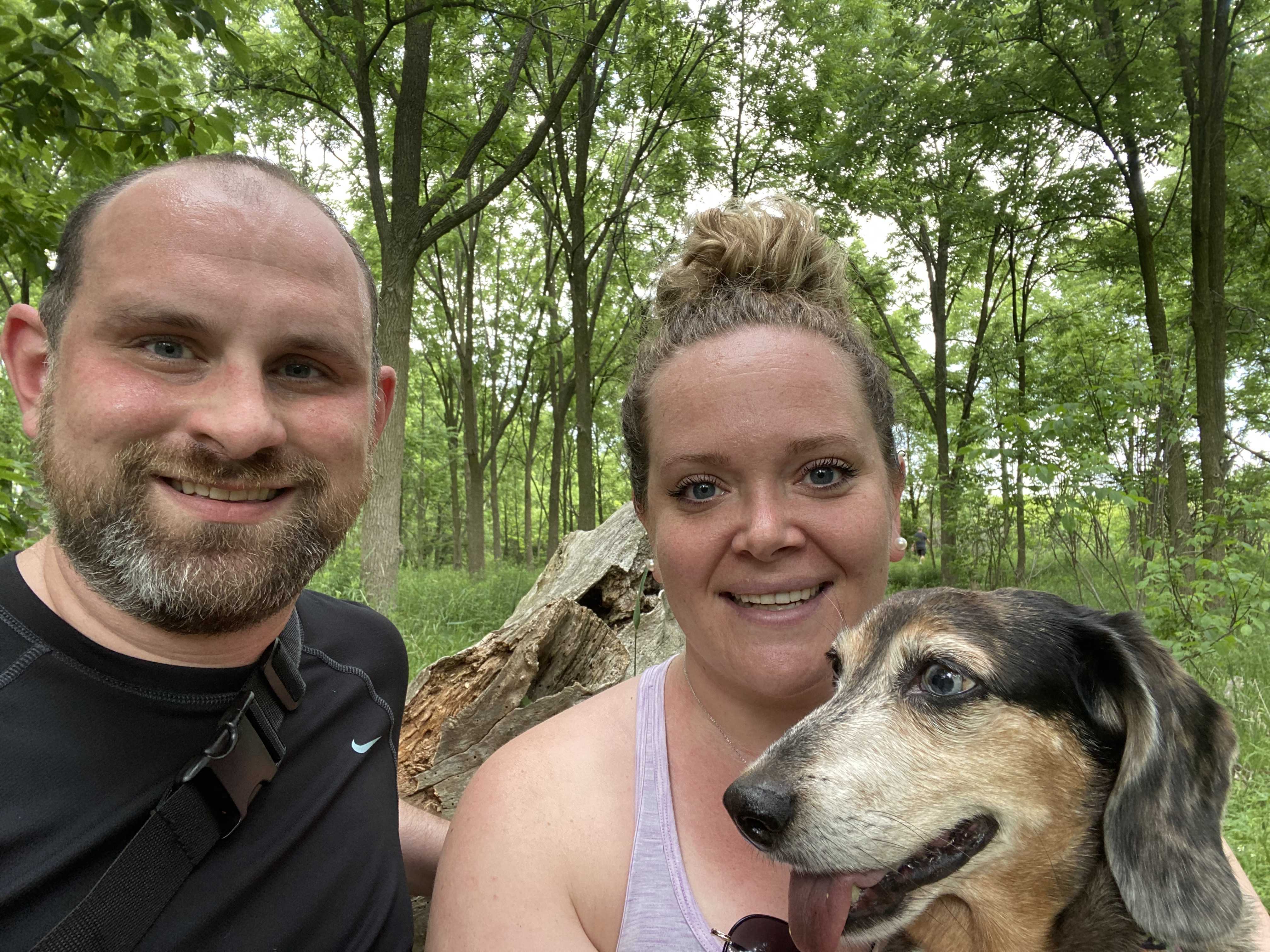 Ryan: I was a nervous wreck. I had a feeling that there was something special about Vicki. Also, the streetcar did one of those weird short turn things, so I had to walk a couple of blocks to meet her and I was running late. And it was a really hot day. So I was a sweaty mess by the time I arrived.

Vicki: It was strange at first, meeting a new person and being so excited to get to know them more but having to keep your distance. We got more comfortable as we sat down and started chatting. And the dog was a great ice-breaker. She immediately loved Ryan. So it was like, Check. That’s good.

Ryan: We ended up talking for six hours. We were getting into, like, fifth- or sixth-date material. We were talking about our childhoods, our challenges, our successes. We put our entire lives out there.

Vicki: By the time our first date was over, we had our second date planned. Three days later, Ryan came to my neighbourhood and we walked up the Don Valley Trail to the park at Riverdale East.

Ryan: Vicki had bought a nearly impossible bottle of wine to open.

Vicki: For some reason, this one had a cork and I didn’t bring an opener. What bottles these days have corks? So Ryan wandered around the park and tried to keep a distance from people’s blankets while asking if they had a corkscrew. It was kind of a ditzy move to show up with wine and not have an opener, but Ryan didn’t make me feel bad about. He was just like, “No worries, I’ll find one.”

Ryan: But I couldn’t. So we started Googling how to open a bottle of wine without a corkscrew. We tried banging it with a shoe. We tried heating the neck of the bottle with a lighter. It was so much fun to solve this problem together. Eventually, Vicki cracked the puzzle by digging it out with a key.

Vicki: It was a funny moment. We worked well together and we were laughing through the whole thing. Even if we hadn’t opened the wine, we still would have had a great time.

Ryan: We had kept strictly six feet apart during our first date. But as the sun was starting to go down on our second date, I said something corny like, “Do you want to come into my bubble?” Later that evening, we kissed.

Vicki: When Ryan told me he wasn’t seeing anyone else, I absolutely trusted him. We were both totally open and honest.

Ryan: We clicked on so many different levels. Based on the depth of the conversation, I had no doubt in my mind that I could trust Vicki.

Vicki: On our third date, we told each other we had no interest in seeing anyone else.

Ryan: That was when we said, “Let’s do this Covid thing together.” We were committed after our third date. Completely exclusive. Then we started seeing each other two or three times a week. There were some challenges because we couldn’t go out to dinner, but we went on a lot of walks and hikes, walking and talking. And that way, Stella could come too. She’s like the third party in our relationship. She has been on almost every date with us. Six weeks later, Vicki met my parents and two weeks after that, we drove to Montreal to meet hers. For safety, we took precautions during the visits and made sure to keep our distance.

Vicki: It all went well. Everyone was really comfortable around each other.

Ryan: Within minutes it felt like we were already a part of each others’ families.

Vicki: I feel so lucky to have met Ryan. He’s emotionally intelligent, thoughtful, caring. He’s so supportive and understanding. I’m gonna get all teary talking about it. He’s just such a wonderful human being.

Ryan: If it weren’t for the pandemic, I would have never met Vicki. I wouldn’t have been compelled to go on to the apps to begin with. And all of a sudden, she came along and that was that. I got the best conversationalist I’ve ever met in the first go.

Vicki: The pandemic sped up how our relationship progressed. We got to know each other’s comfort levels, we talked about distancing and Ryan actively asked if I’d be part of his bubble. It all made me feel safe.

Ryan: When I’m with Vicki, it’s almost like there’s no pandemic. It’s like we’ve developed our own bubble of safety and security and friendship. Within our little space, the world is pretty good.