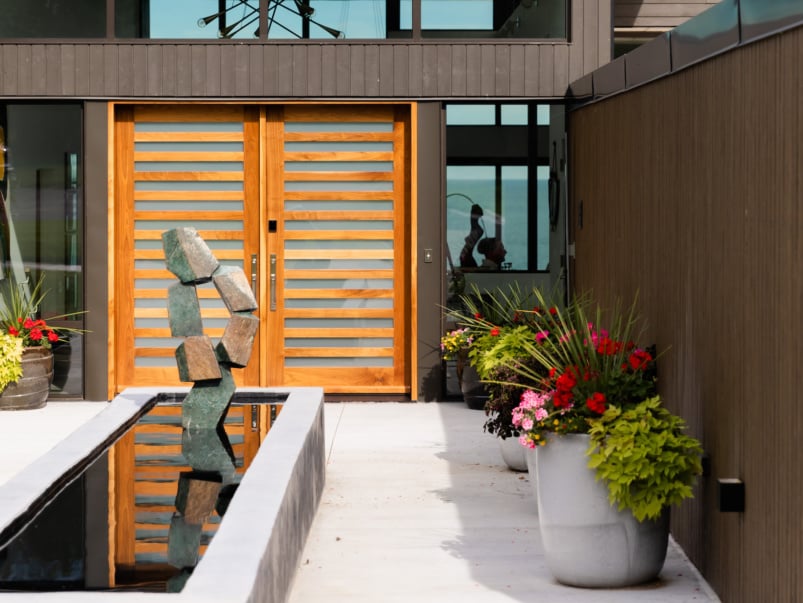 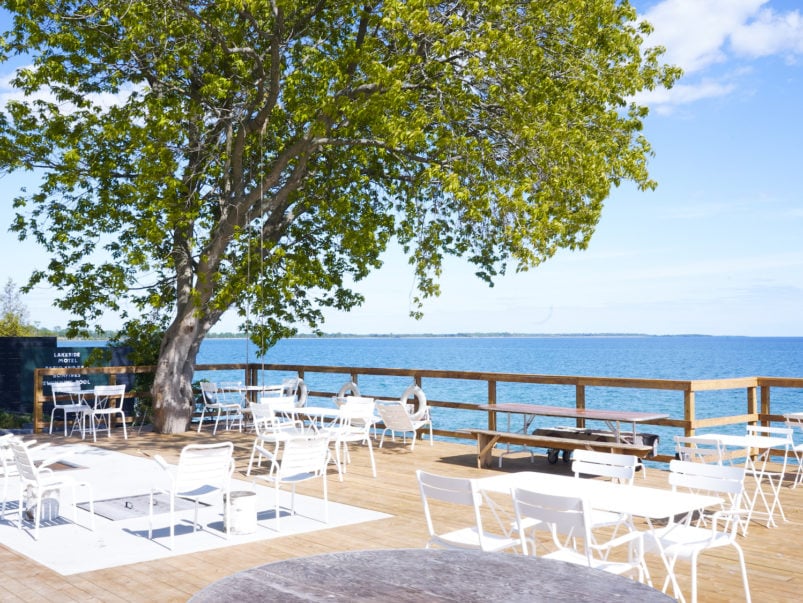 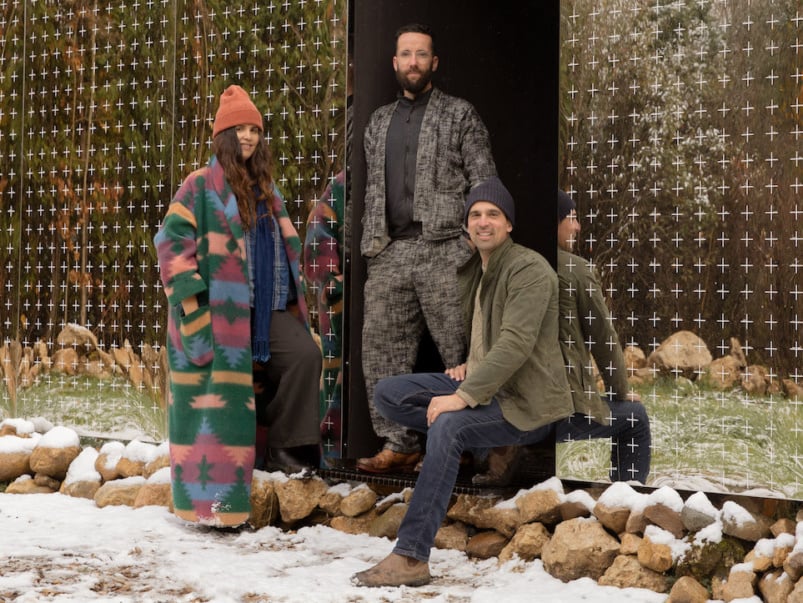 Cale Fair, a tech exec, and Alex Sharpe, a serial entrepreneur who co-founded IQ Offices and Lanescape, met in middle school near Guelph, where they grew up. During Covid-19 lockdowns, Sharpe purchased the Black Bear Ridge golf course—assisted by investors—with plans to renovate it into a four-season resort and enlisted Fair to help with the project. The first phase of the new resort opened this past June. Here’s how the revamp is going.

Alex: I got into real estate when I moved to the city, in 2006. After Covid hit and the office rental business began going through some challenges, I took a step back from that work. But I still had my eye out for properties that needed some TLC to maximize their potential. Black Bear Ridge was the perfect opportunity. The golf course is very well known in the area—a top 20 public golf course in Canada—but it lacked infrastructure and amenities. Shortly after putting the property under contract, I reached out to Cale to see if he’d like to partner with me on this project.

Black Bear Ridge is a golfer’s haven. When you visit, you immediately understand the level of care and thought that went into the original design and execution. The parcel of land was originally a hunting property, and the previous owner came up with the concept for the golf course in the mid-’90s. He then spent nearly a decade developing it before it opened to the public, in 2005. It includes an 18-hole primary course, a nine-hole academy course and a large, 300-plus-yard dual-sided driving range and expansive practice facility. 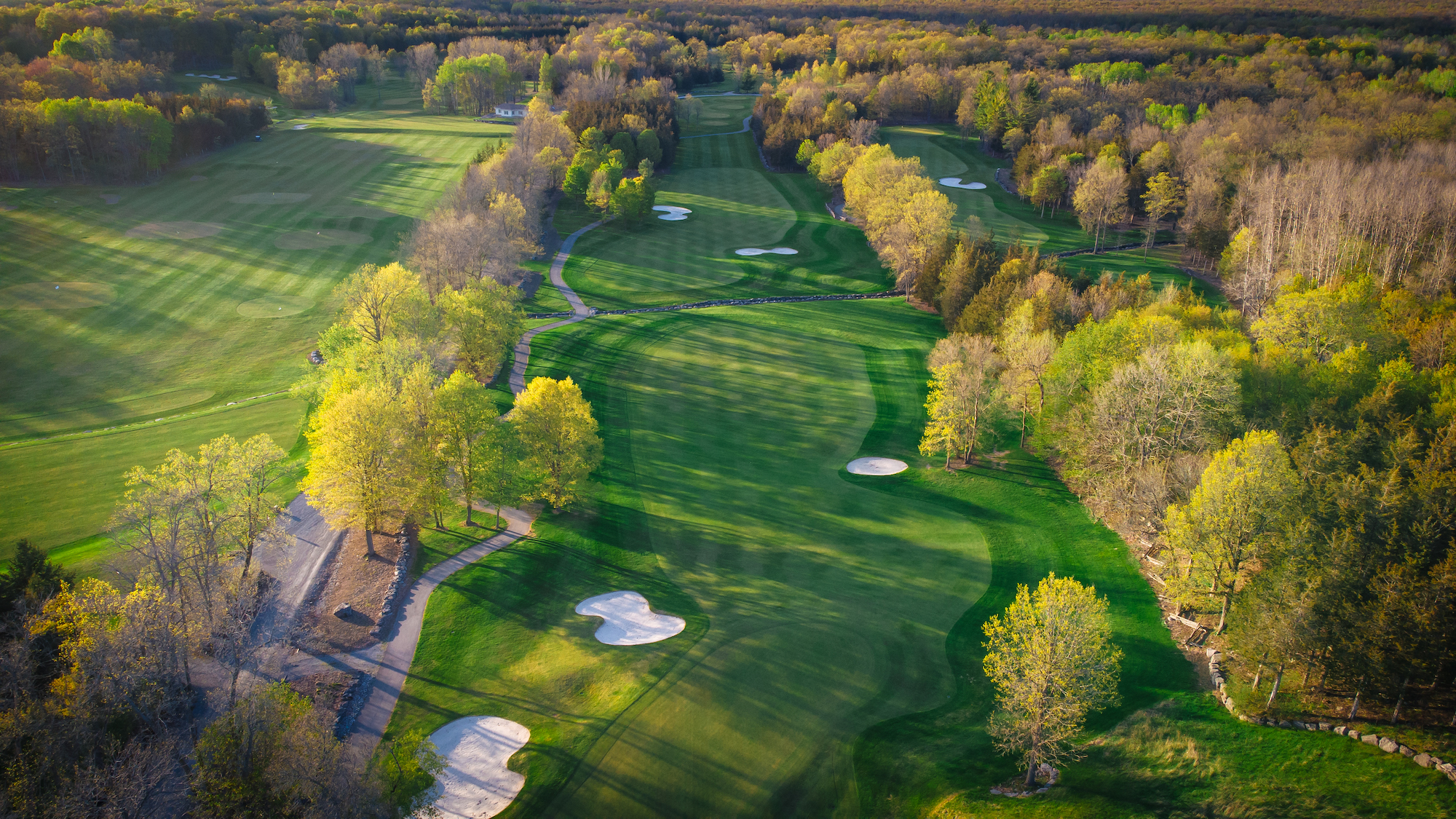 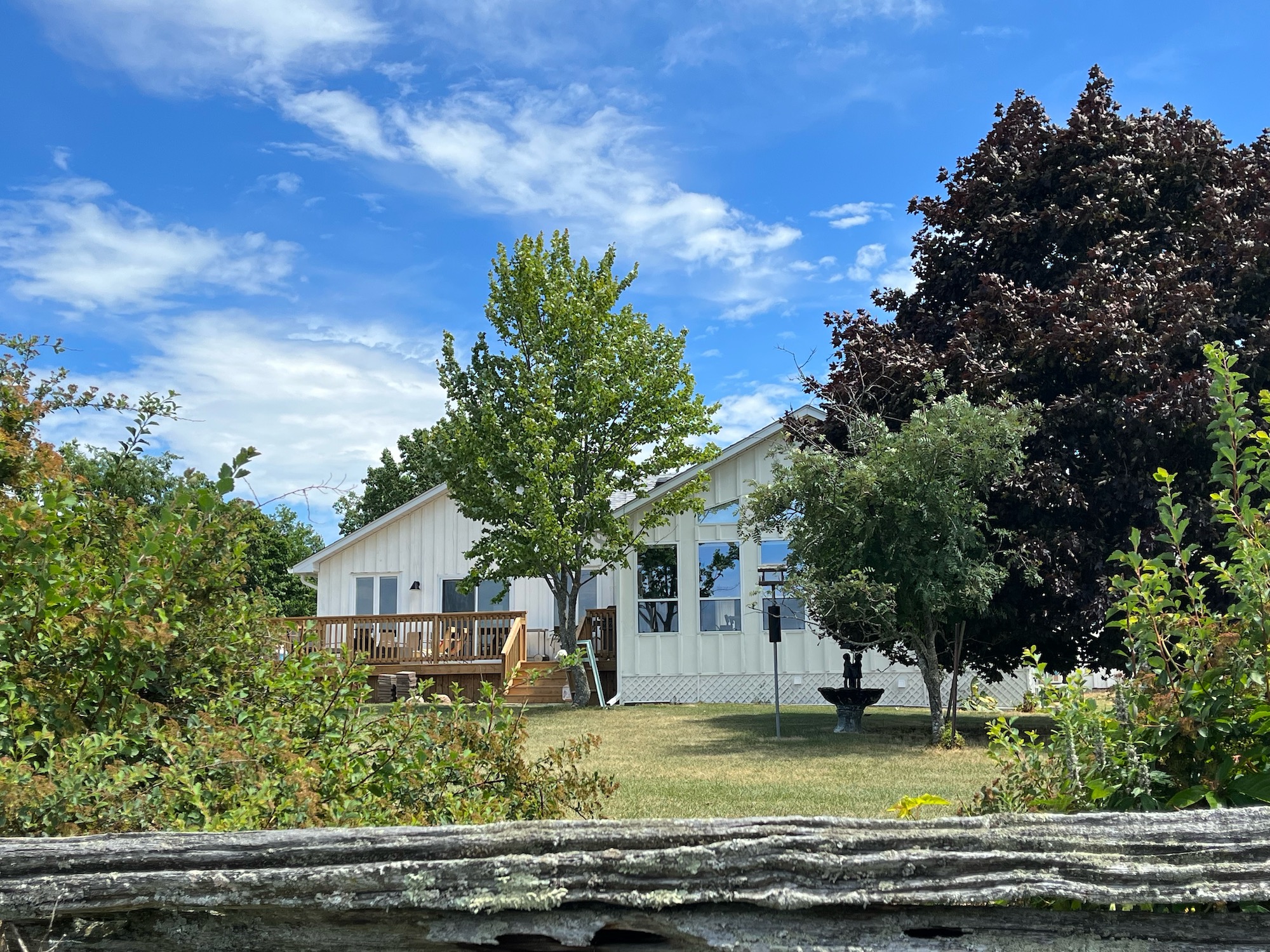 Cale: I was on paternity leave after a start-up I had been working on for five years went under. I had intended to take six months off, but Covid extended that timeline. One day in January of 2021, Alex and I were out with our kids, and he asked me if I would like to lead the operations team at Black Bear Ridge. The change was daunting. My wife’s career is flourishing, and we live in Leslieville, where my seven-year-old son is in school and my two-year-old son is in daycare. But I thought about it a little more and realized that this was one of those rare moments when I had an opportunity to work with my best friend and build a legacy business. So I said, “Let’s do this.”

Alex: We acquired the property in August of 2021, after almost a year of inspections. We got 835 acres as part of the golf course acquisition, of which about 200 acres are dedicated to golf and the rest is environmental and development land. We subsequently acquired two additional pieces of property. Now we have just under 900 acres. With Belleville city council’s support and approval, we’re planning on building over 3,000 residential units. Once building is complete, the development is estimated at $1.54 billion. As soon as we closed on the properties, we got started building the site out. Cale and I have been going back and forth from Toronto to Belleville ever since. 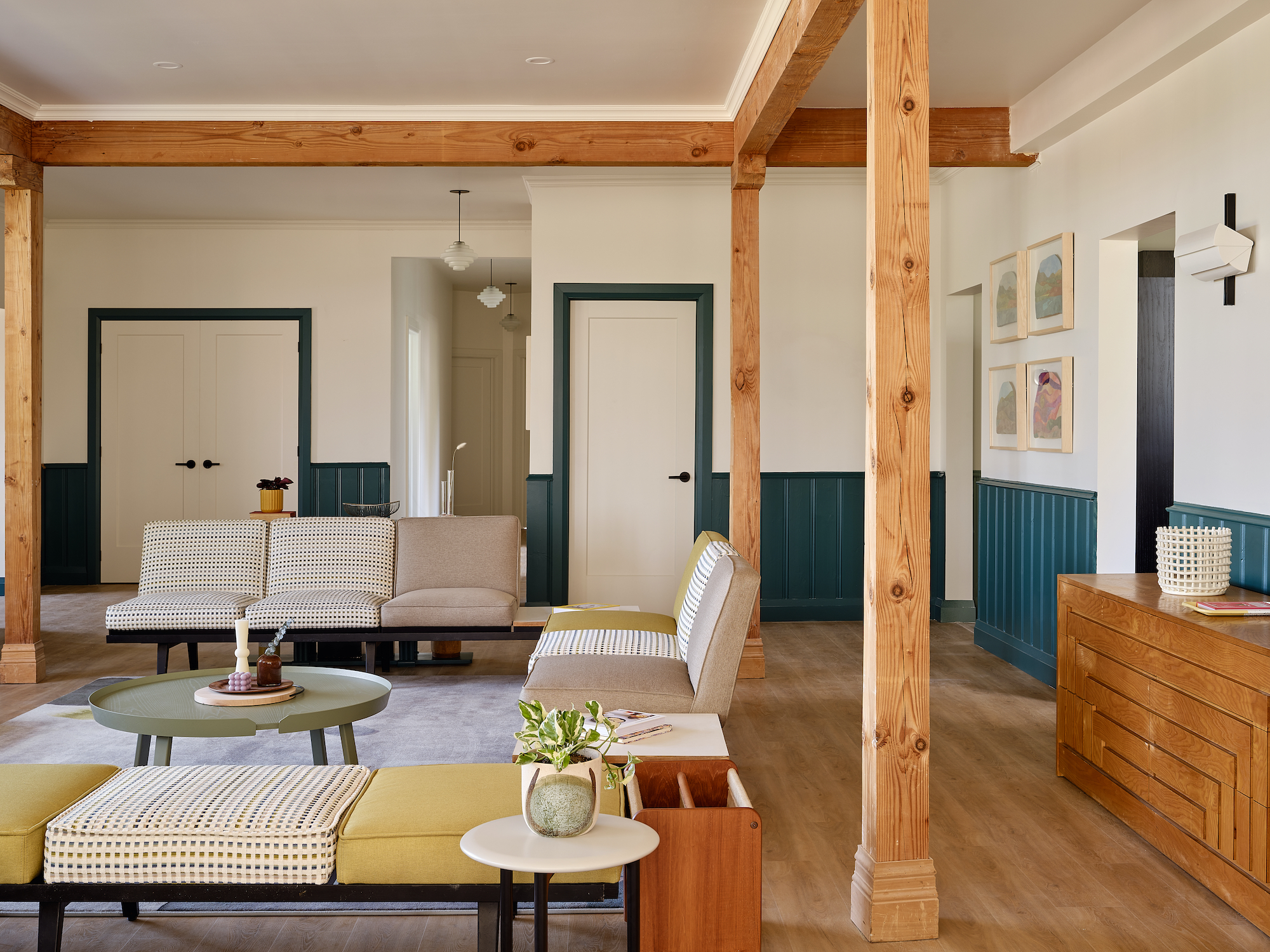 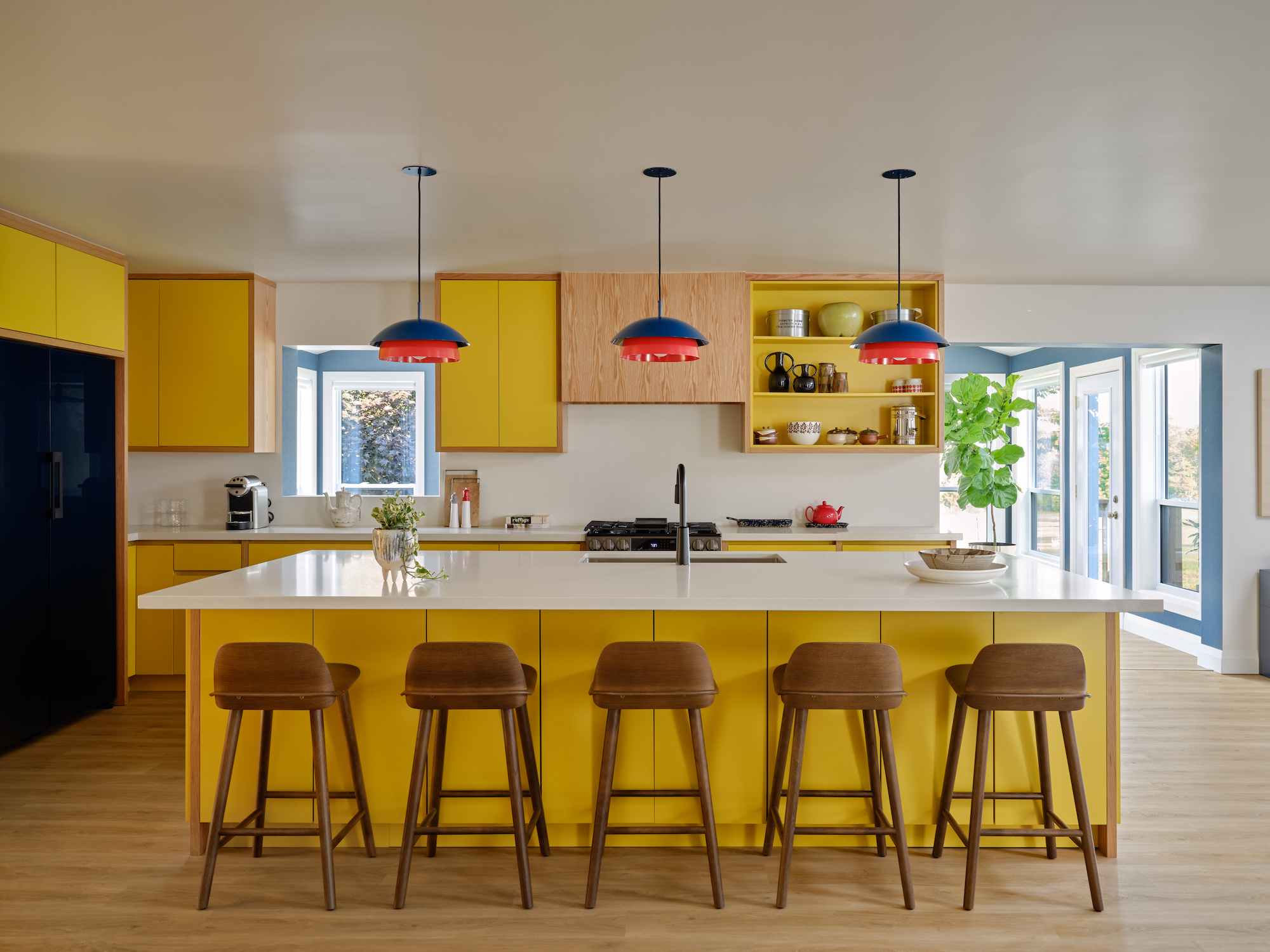 Cale: We’re trying to do a lot of things on a condensed schedule. The plan is to create a place for guests to stay, add a clubhouse, a full-service restaurant and wintertime activities like skiing and snowshoeing. The property is well built, and we inherited a great team that has been running it since the beginning. But there were a lot of things outside of the golf course that needed to be modernized, including a few derelict single-family homes that we decided to convert into rental lodgings for out-of-towners. Once we got the keys, we stripped the business back to the bones, added new golf course management software and completed substantial renovations in six months. We hired Task Force Engineering, a local firm, to lead the construction. And the design was spearheaded by Carlo Colacci, who was responsible for the Drake General Store and Fitzrovia Real Estate. We officially started construction in December of 2021. We didn’t touch the championship course, though, because we knew we’d inherited an incredible product.

Alex: Carlo visited the property and saw the vision right away. He came back to us with mood boards that perfectly aligned with the vibe we were going for. We wanted the houses to have a contemporary and fresh design, with an emphasis on traditional golf patterns and textures like plaids and stripes. We hoped to evoke the traditional country club feeling—but without the stuffy, pretentious vibe. During the design process, he took some time to visit vintage markets in the US and source really unique pieces like a George Nelson for Herman Miller sofa from 1966 and velvet-and-chrome chairs by American designer Karl Springer. Graffiti artist BirdO had done a mural for one of IQ’s office buildings on King West, and I really love his multi-storey piece at Yonge and St. Clair. We commissioned a mural for Black Bear Ridge to pay homage to the name and the incredible wildlife on site.

Cale: Right now, renovations are finished on two of three of the houses on the property. The Wallace has nine bedrooms and sleeps up to 20, and the Carter has eight bedrooms and sleeps up to 16. The Jones house—a one bed, one bathroom that sleeps up to four—will be completed in August. The homes are fully furnished with all the comforts needed and kitchen essentials, so you can arrive and start having a good time immediately. We do contactless check-ins, and there are large-screen TVs, wireless speakers and cornhole boards. Each place has two coffee makers—a large drip-style and an espresso machine—and we source our coffee from the nearby Bay of Quinte region. The goal is to connect with the community and bring in as much locally sourced fare as possible. We have curated experiences, including a shuttle bus to Prince Edward County, where we’ll book wine or brewery tours for you. We’ll even stock your fridge and bar with customized local snacks.

Alex: The overall vision for the resort itself is laid-back luxury. It’s not your dad’s golf course. This is an inclusive place where, whether you’re a beginner or you’re a low-handicap golfer, you should feel comfortable and welcome. We have a sporting goods shop with a line of traditional brands as well as newer ones, including rapper Macklemore’s Bogey Boys and Australian golf brand Birds of Condor. We also have a retail partnership with Lululemon. There’s a bar with food and beverage options for breakfast, lunch and dinner. We have a private chef experience where Julian D’Ippolito, from La Palma and Constantine, has curated a series of menu options for private dining in the houses. 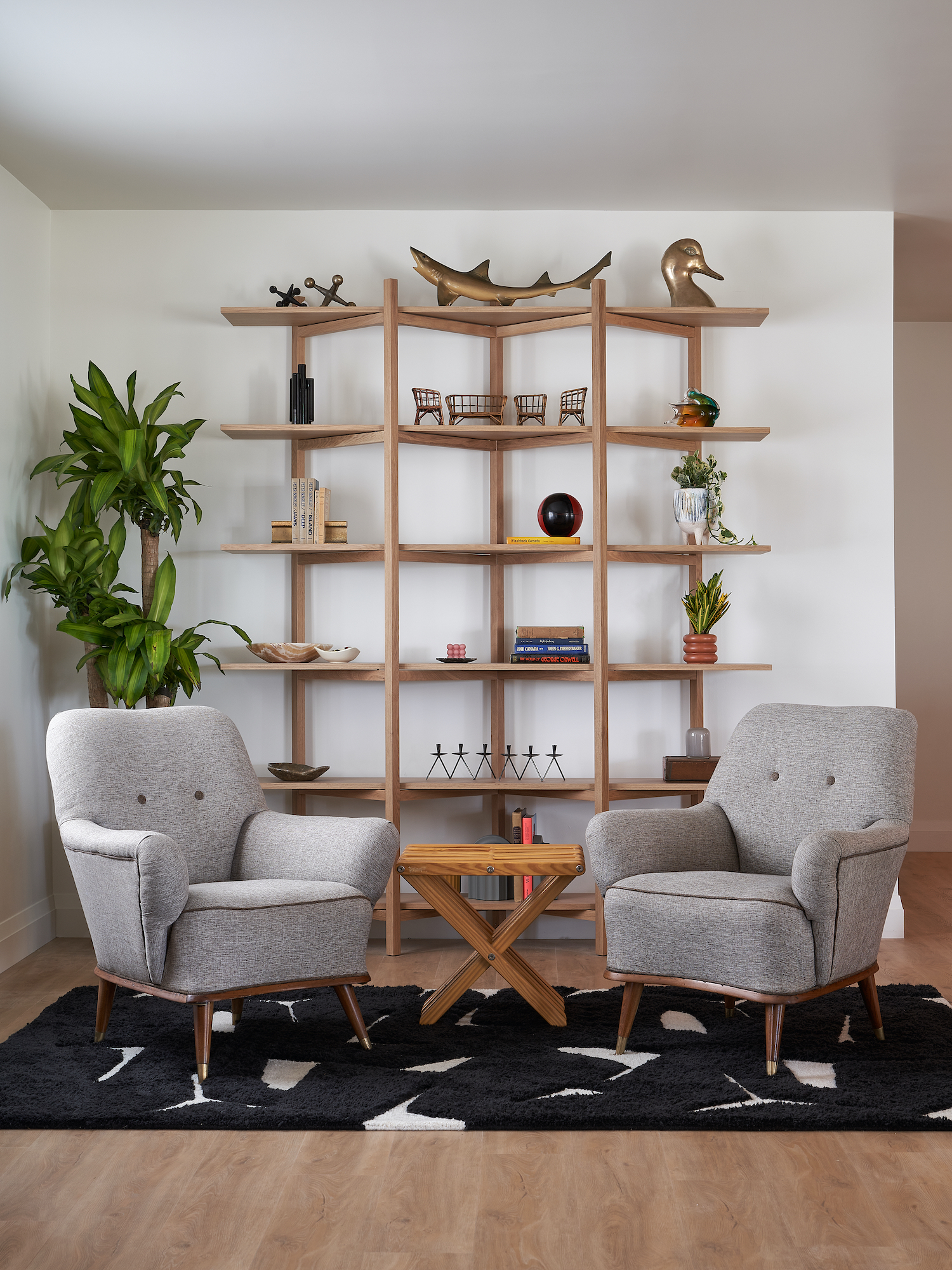 Cale: So far, we’ve hosted a few different groups and it’s been great. There was no better feeling than to have guests take full advantage of the experience we envisioned and to share positive reviews after their stay. One of our first reservations was a group of golf lovers who played 36 holes a day, and we hosted a couple’s getaway and a bachelor party. Each group used the resort in their own way—one had a competition on the course, another took up a bus tour to Prince Edward County or tried out yoga on the deck.

Alex: We plan for Black Bear Ridge to be a four-season resort. We’re in the process of building an outdoor bocce golf course for next summer. In the wintertime, we’re going to try to facilitate skating, cross-country skiing, snowshoeing. And, since we’re located next to thousands of kilometres of private trails, we’re planning on welcoming snowmobilers.