By Truc Nguyen | Photography By Kayla Rocca and Doublespace |  November 8, 2021 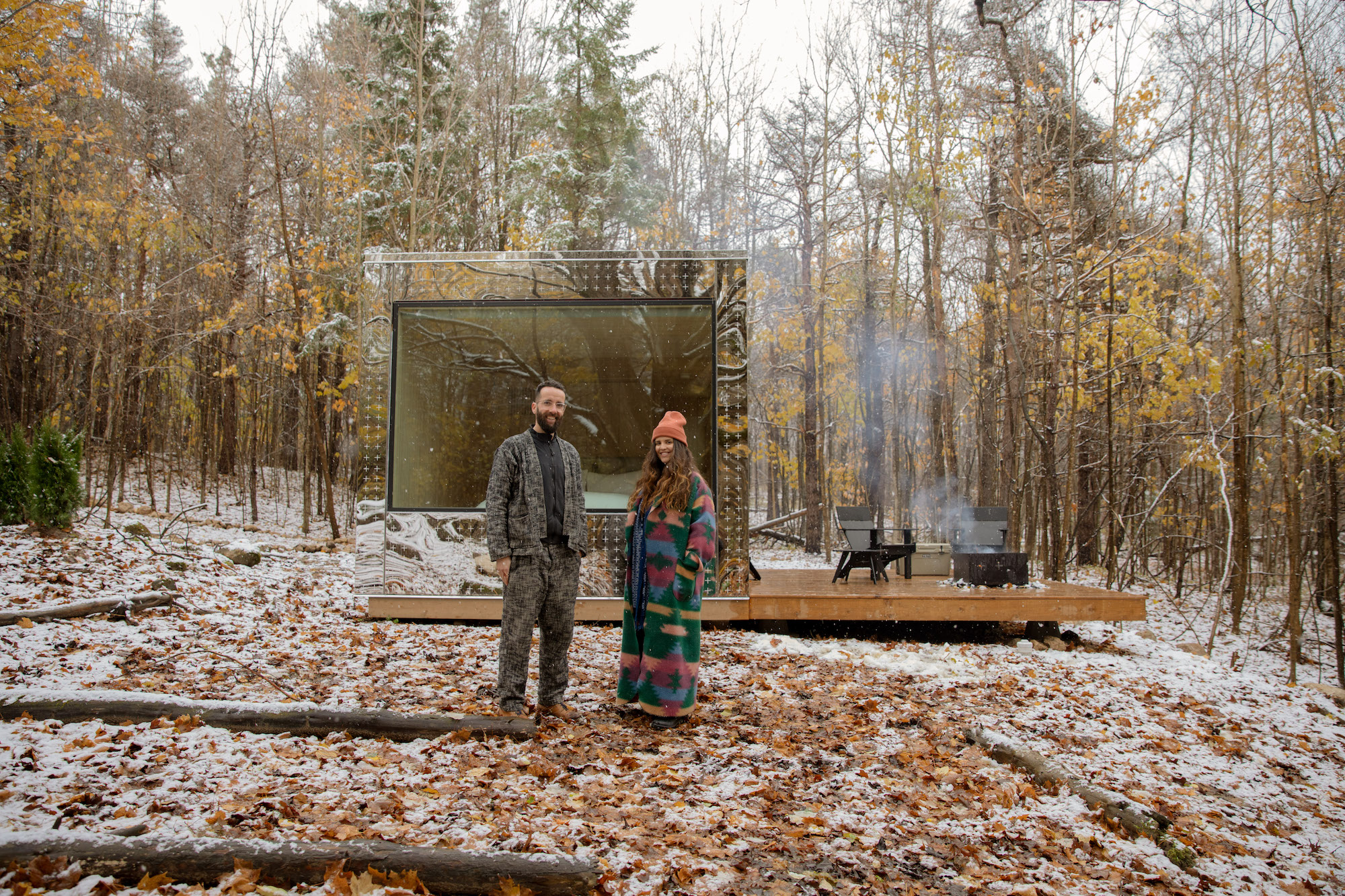 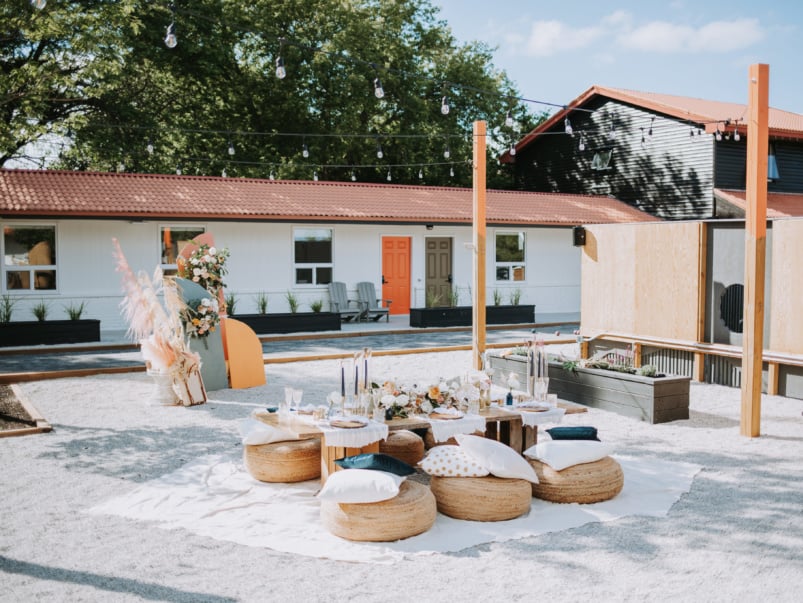 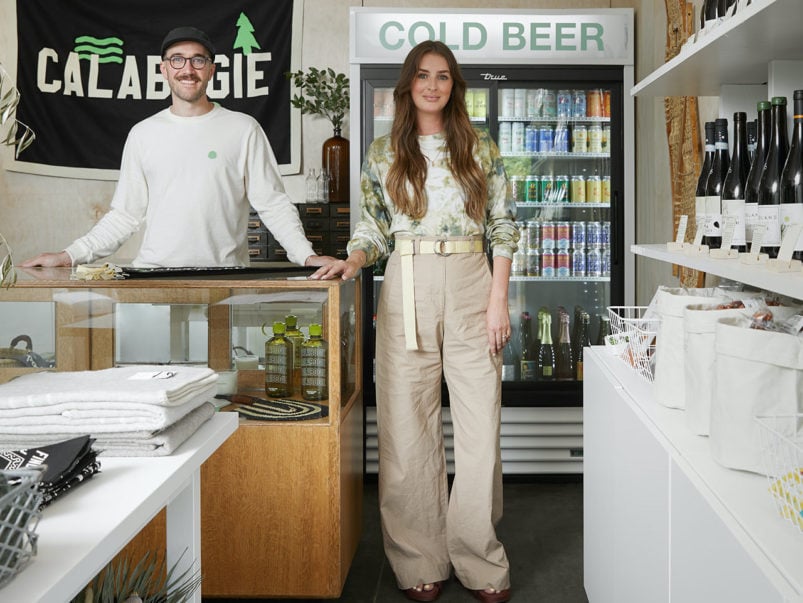 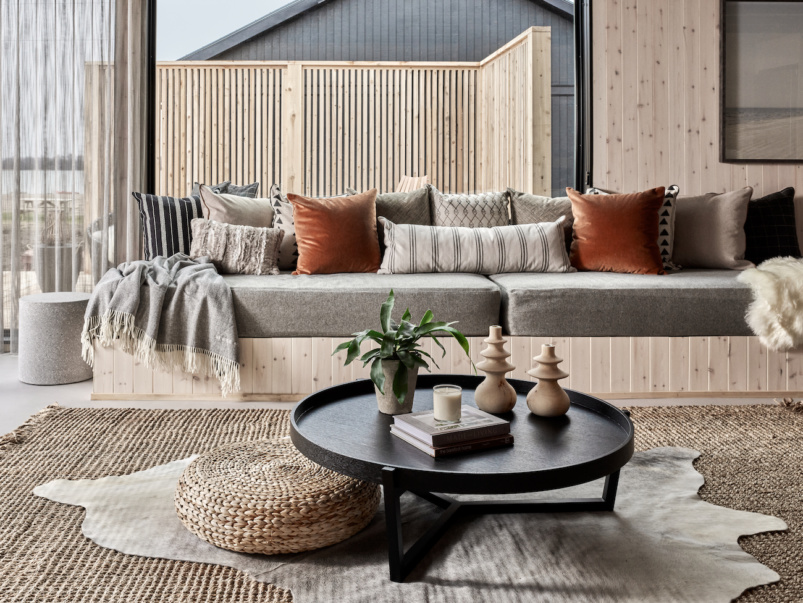 Alan Gertner and Felicia Snyder met in 2006 while working in management consulting and went on to build cannabis retailer Tokyo Smoke. In 2019, Gertner and his friend Jeremy Hill had an idea for a new kind of nature retreat, later bringing on Snyder and three additional founding partners to create Arcana. The group found their first site, two hours’ drive outside Toronto, last July and the prototype cabin was delivered at the end of 2020, but—due to pandemic-related delays—it didn’t officially open until September. Here’s how it came together.

Alan: After we sold Tokyo Smoke in early 2018, I was looking to work on a new project—something that was going to be about perspective and reflection. I had discovered that making time for reflection gave me joy while working at Tokyo Smoke. My friend Jeremy Hill and I realized that nature is one of the ultimate ways to have perspective: going for a walk in the forest, being in a park, seeing the stars—it changes your understanding of yourself and the world around you. With Arcana, we thought of creating these beautifully designed cabins to facilitate that. Our ultimate goal is to have Arcana become a global experience, with locations near big cities around the world.

Felicia: I was on maternity leave from Canopy Growth, where I was vice-president, when Alan approached me about the new business in 2019. I started out as an advisor, and officially joined Arcana as a co-founder in the spring of 2020. We thought of Arcana as a platform dedicated to reconnecting people with nature. It’s our way of building this on-ramp for people who live primarily in cities to experience all the benefits that spending time in nature can provide. We wanted a self-guided journey, with our team providing opportunities for guests to opt in to activities that unlock the restorative benefits of slowing down. Our cabins feature luxury comforts, and no pre-existing camping knowledge or gear is required.

Alan: We started to build the business in the fall of 2019 and continued to talk about it after the pandemic took hold. We wanted a name that encapsulates something that felt both mysterious and thoughtful, so we went with Arcana.

Felicia: In the first year of the pandemic, we were focused on two things: one was building our concept cabin, which was designed by Leckie Studios, our architecture partner. With the pandemic, it was a big effort to source materials, deal with work stoppages and trade availability, and ensure that everyone was safe. Supply chain delays led to longer lead times for building materials. For example, the supplier we were going to use for our windows gave us a 14-week lead time, but three weeks into the order it turned into 24 weeks, which would have delayed our launch by three months. We had to quickly find a new supplier that could deliver custom windows in a shorter time frame.

The other focus was finding a group of investors to partner with. We were lucky enough to close our friends and family round with $3 million from an incredible set of diverse investors—of which 50 per cent are women—in December of 2020. That gave us a great running start to get our pilot site operating near Toronto.

Alan: Our first property is about two hours’ drive north of the city—we keep the exact location a mystery until guests book their stay as part of the experience. It has tons of old-growth trees and trails, and it’s in an easy-to-find area, but it also feels like you are truly lost in a forest. You could go there, look up at the stars and have a kind of supernatural moment. Our prototype cabin arrived there at the end of 2020.

Felicia: It was a hugely important milestone for us to see what we had been concepting in our heads for a few years come to life. It was incredible to be able to learn in situ and to be able to test the concept through all four seasons. To winterize the property our contractor had to bury the power, water and waste lines, which involved excavating limestone boulders.

Alan: For the first few months, Felicia, our co-founders and I alternated staying at the prototype cabin so we could make sure we experienced everything good and bad before we brought guests in. I had a night there in February where the heater broke down. Our cabins now have heated floors and a back-up heater. We also tried an incinerating toilet, which could’ve minimized our footprint and environmental impact, but it wasn’t compliant with building codes. 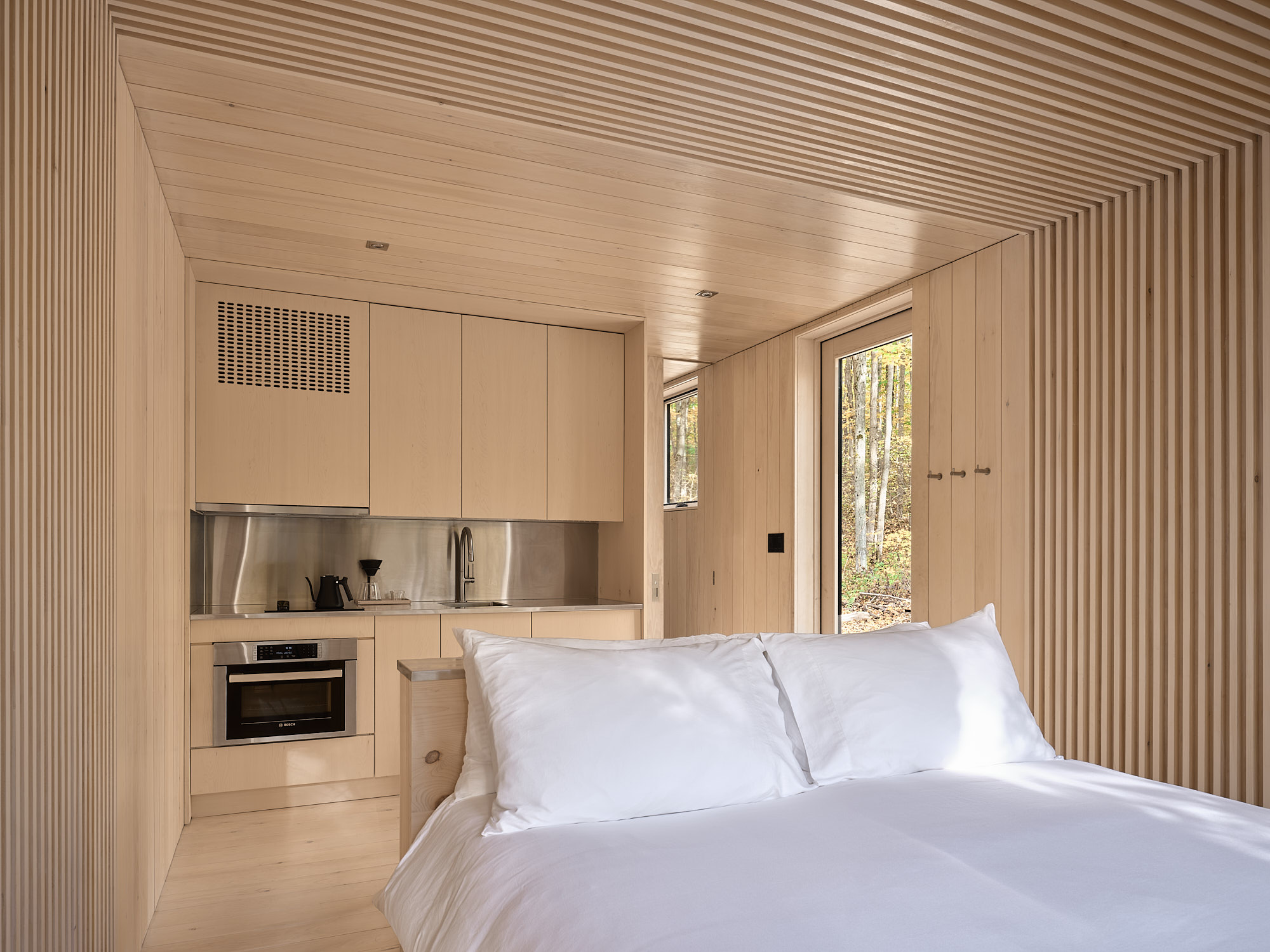 Felicia: Our two guest cabins arrived onsite in August of 2021. They are 275 square feet and clad in reflective, polished stainless steel with pine interiors. We wanted the cabins to blend into the surrounding forest so guests feel as though they are completely immersed in nature. We worked directly with FLAP Canada and Feather Friendly to ensure that the reflective cladding would be safer for birds. Inside, it’s quite minimalist by design—we really want to draw guests back out to nature so the interiors are centred around the view from a large 10-by-seven foot foot window. One of the cabins faces this really stunning old-growth maple. In each cabin, there is a bedroom, a full kitchen, and of course, your own washroom with a shower.

Alan: Around the same time, we started conceiving transformational experiences that guests could experience during their stays. There is a private sauna, cold-plunge pool and a tea pavilion, which includes a seasonally curated selection of vinyl records. Guests will have the option to listen to a sound experience in their cabin, explore 15 kilometres of hiking trails, go snowshoeing or sit by the fire outside. There’s someone available via text, phone and email if you need assistance, but otherwise you’re really spending time on your own, immersed in nature. Whether or not we included Wi-Fi was a contentious decision. We wanted our guests to disengage from their daily grind, but also we didn’t want to be prescriptive so we ended up installing an internet connection.

Felicia: One of my favourite guided experiences we offer is the sound journey created in collaboration with Woom Center and the Dojo Upstate, which are meditation and sound therapy organizations based in New York. It’s a 50-minute-long recording composed of guided meditative moments, overtone-emitting instruments and breathwork exercises that you can play over the speakers in the cabin. The goal was to create a perspective that guests could take back to their life in the city.

Alan: We’ve been so lucky to have such a positive response to our concept. We launched in May with four and a half months of available dates starting in September, and we sold out in less than 48 hours. Reservations for spring 2022 stays will be released to the public in early November. Rates start at $399 per night, with a two-night minimum.

Felicia: Guests have commented on how much they appreciate the intentionality of the experience, from the in-cabin coffee ritual designed to help guests slow down to the incense provided in each cabin. One guest said that her time in the tea pavilion gave her the space to reflect and mourn the loss of a loved one, something she had not allowed herself to fully do up until that point.

Now, we’ve started thinking about our next site, which will have 30 to 50 cabins somewhere in North America. For us, Arcana was always about building something that could reach a large audience. We see dozens of Arcana sites across North America—and in countries around the world—in the not too distant future. There is no shortage of natural beauty to tap into, in and around cities, whether that’s in North America or Europe or Asia. We’re excited to build something in Toronto, and to bring it to the world.