Tokyo Smoke’s newest Toronto location (and the only one that sells weed) has officially opened shop inside the former HMV at Yonge-Dundas Square. The owner, Colin Campbell, who worked in operations at Costco for the past decade, entered the lottery because he thought his retail experience could transfer over to running a cannabis store. Campbell had been to a few of Tokyo Smoke’s coffee shops around the city and liked their high-end vibe, so when he won he decided he wanted to partner with them.

Campbell worked with Tokyo Smoke’s design team to reimagine the former CD emporium’s interior. They drew inspiration from Tokyo Smoke’s two Manitoba stores, painting the exposed ceiling piping a moody grey, adding tile floors and installing sleek display casings. Right now, the store is only using 1,500 of the space’s 6,500 square feet. The rest will be unveiled this summer, making it the largest weed store in Canada. Here’s a look inside.

The products are organized into five categories: Go (for energy), Rise (for curiosity), Equalize (for restoring balance), Ease (for comfort) and Pause (for relaxation). The system was designed to make shopping extra-simple for newer cannabis users: 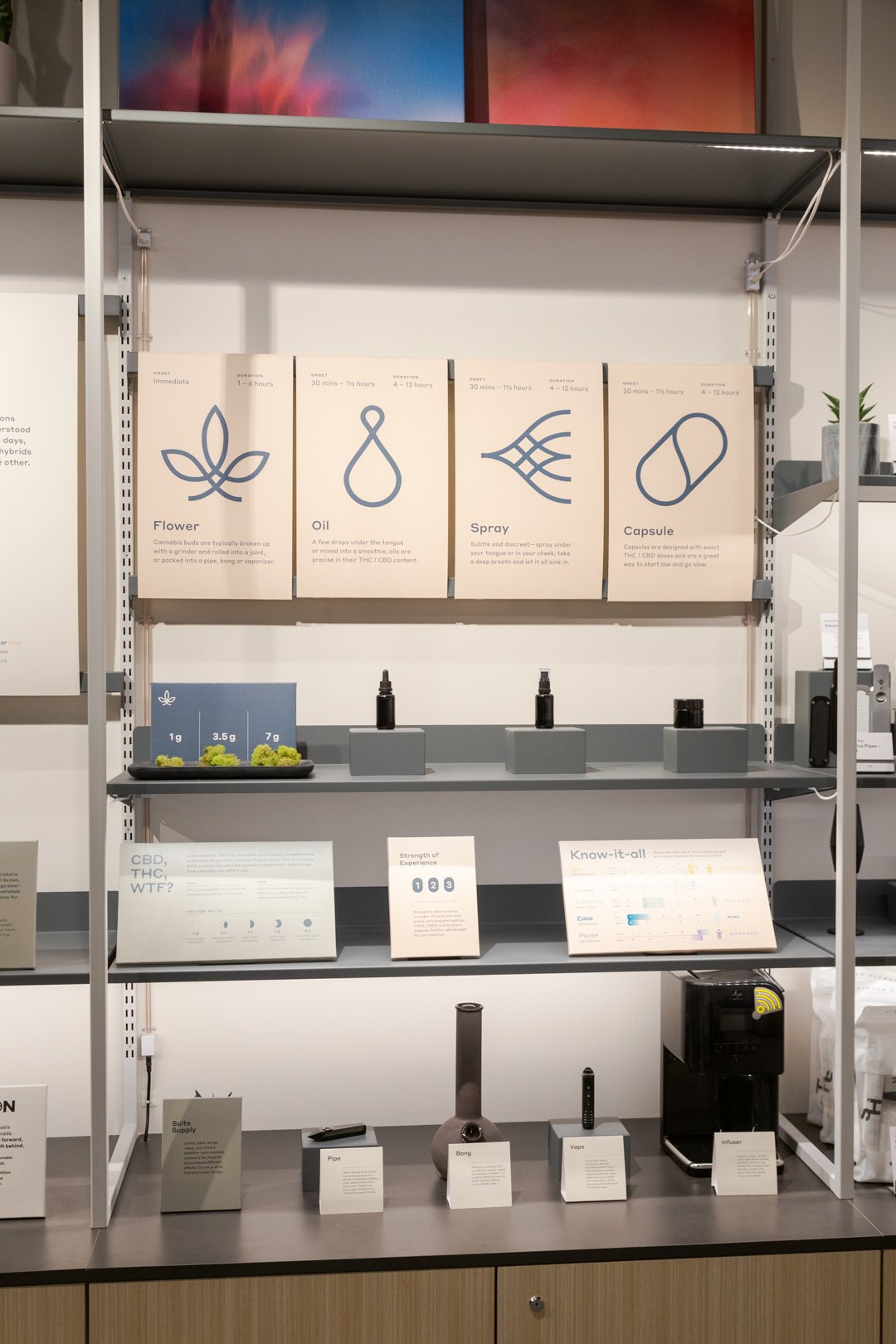 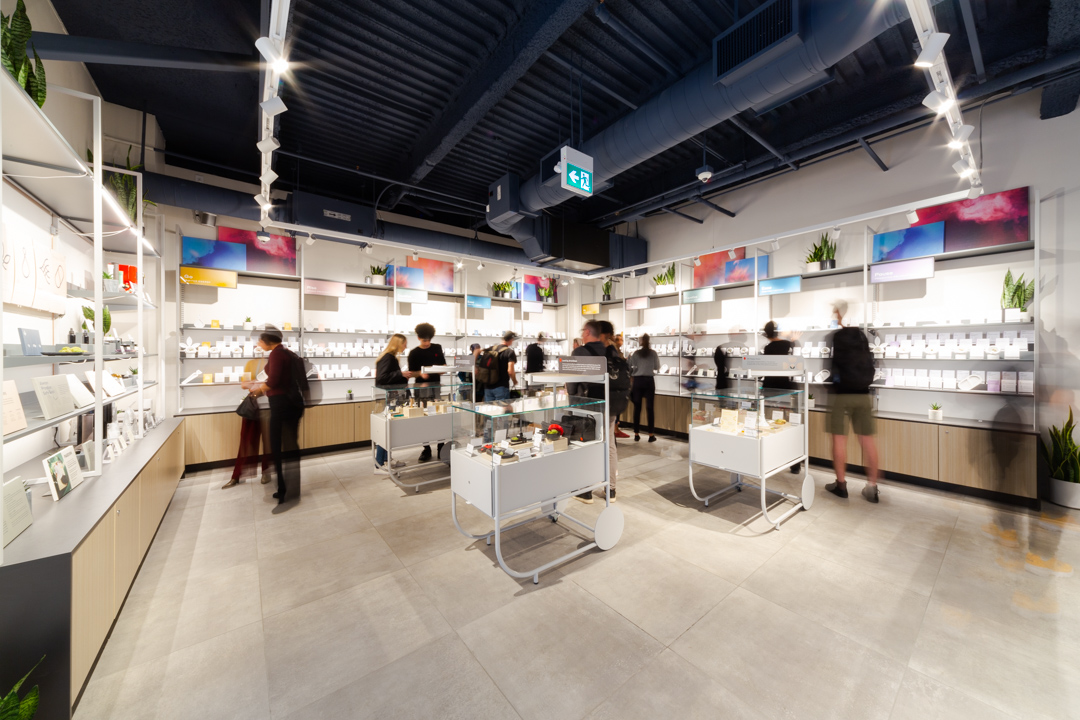 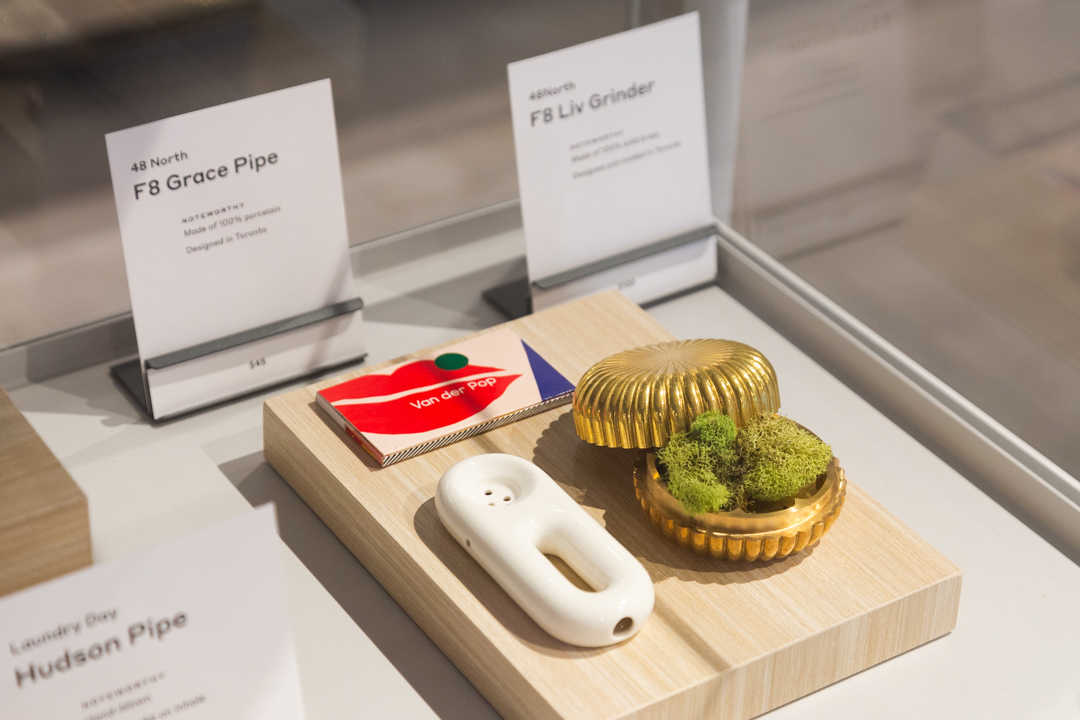 Different strains are featured in these orb-shaped smell jars. Each brand suggests cheeky pairing options (this sativa-dominant strain, for example, might go well with winning at trivia night or meeting a deadline): 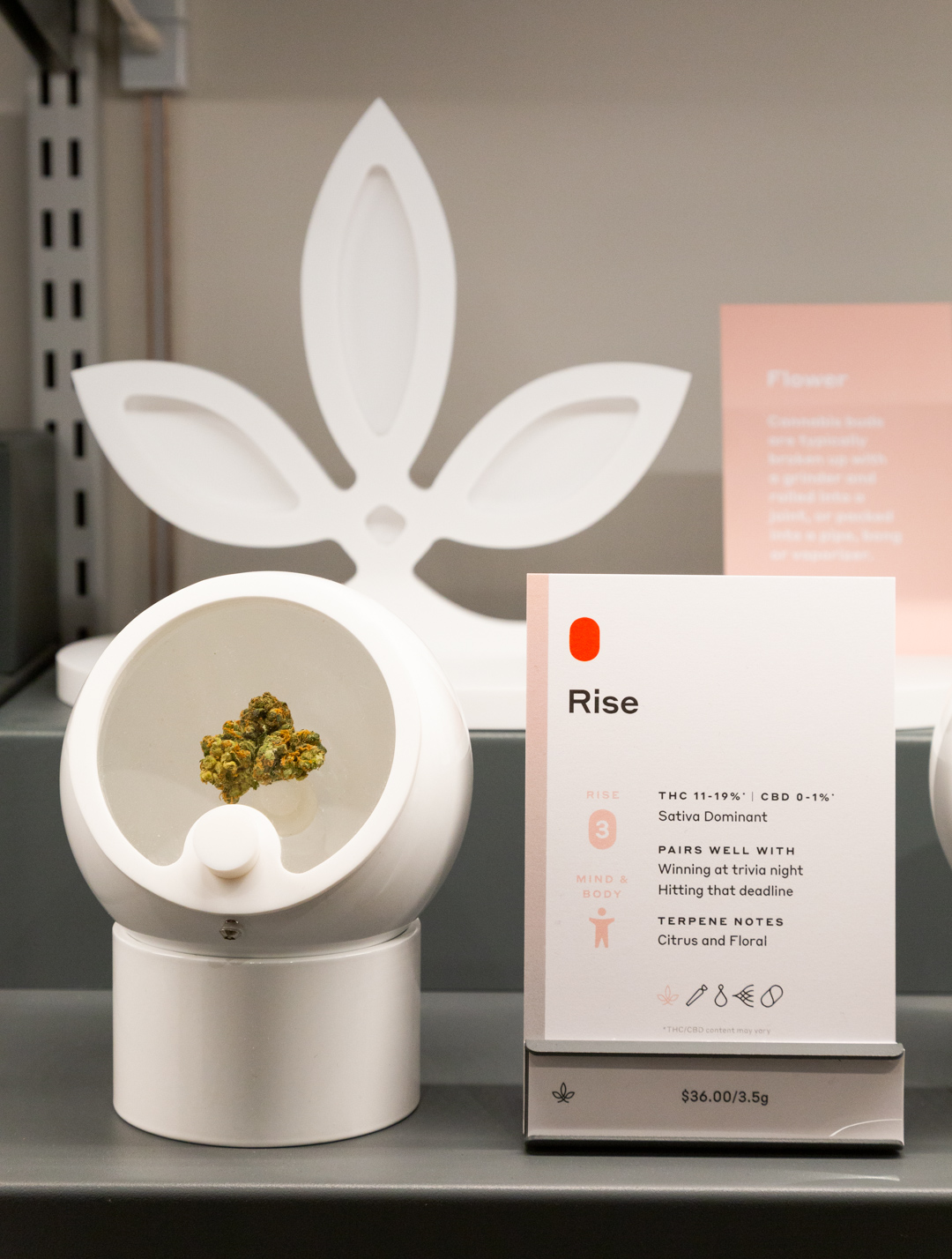 There are a bunch of smaller items near the checkout, like rolling papers and “cloud mist” (which helps eliminate smoke odours): 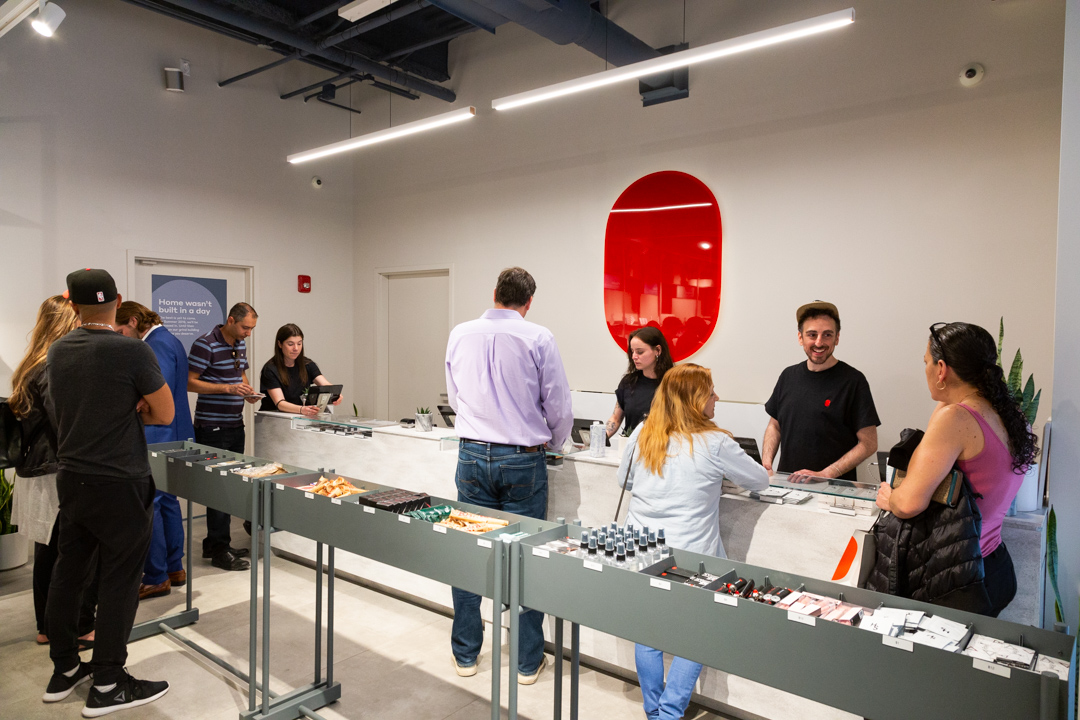 These rolling papers are made from 24-karat gold: 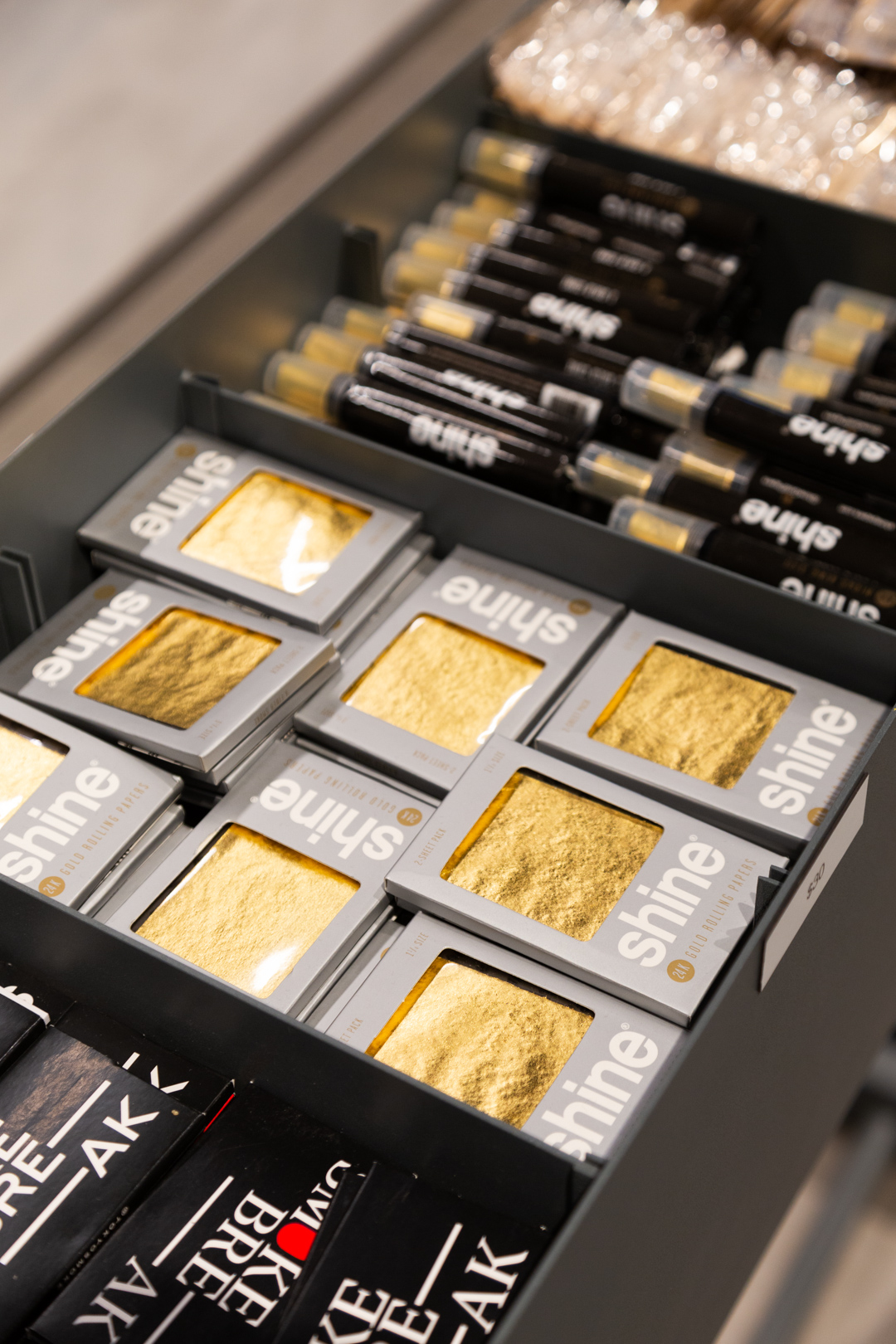 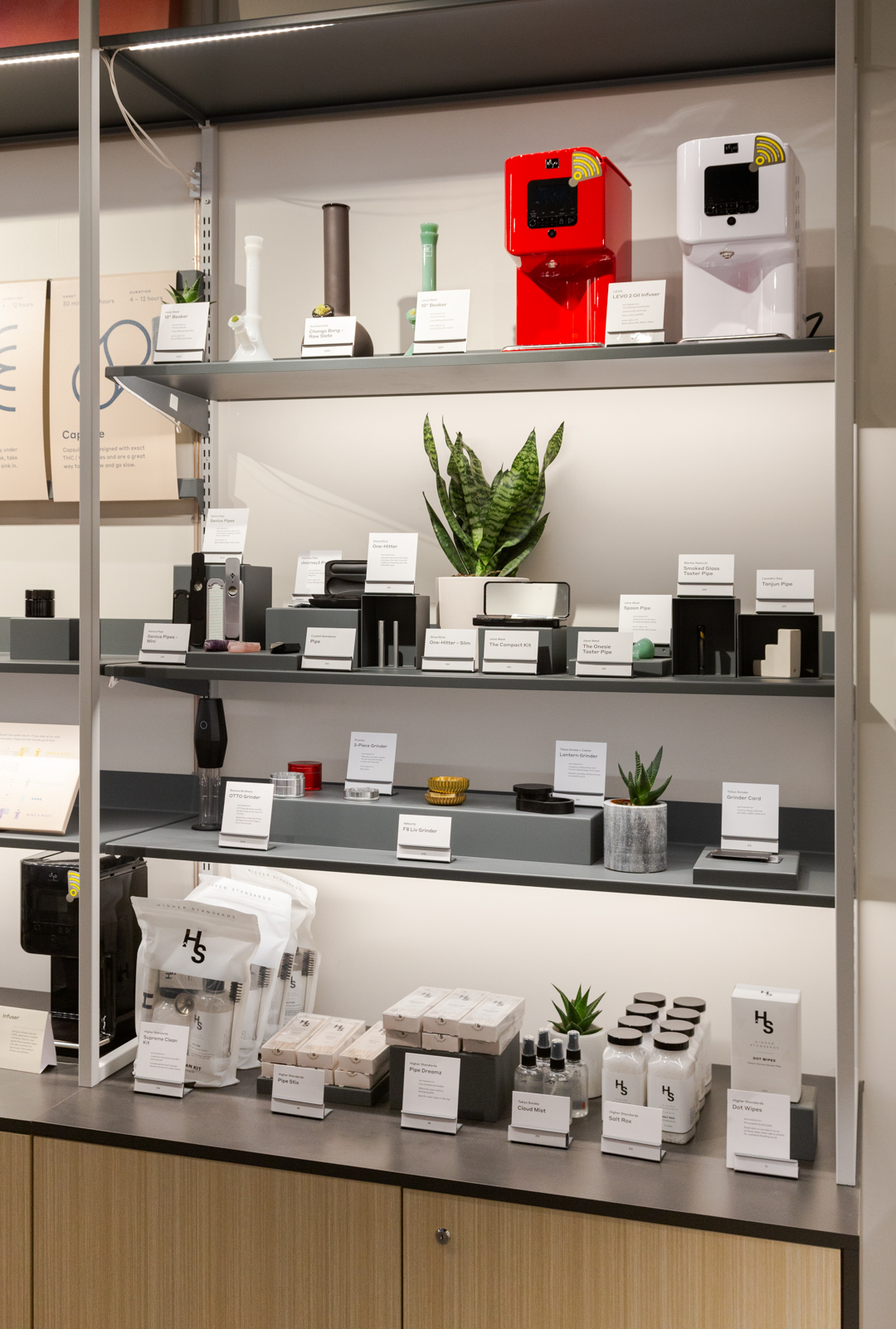 This Jane West beaker sells for $225: 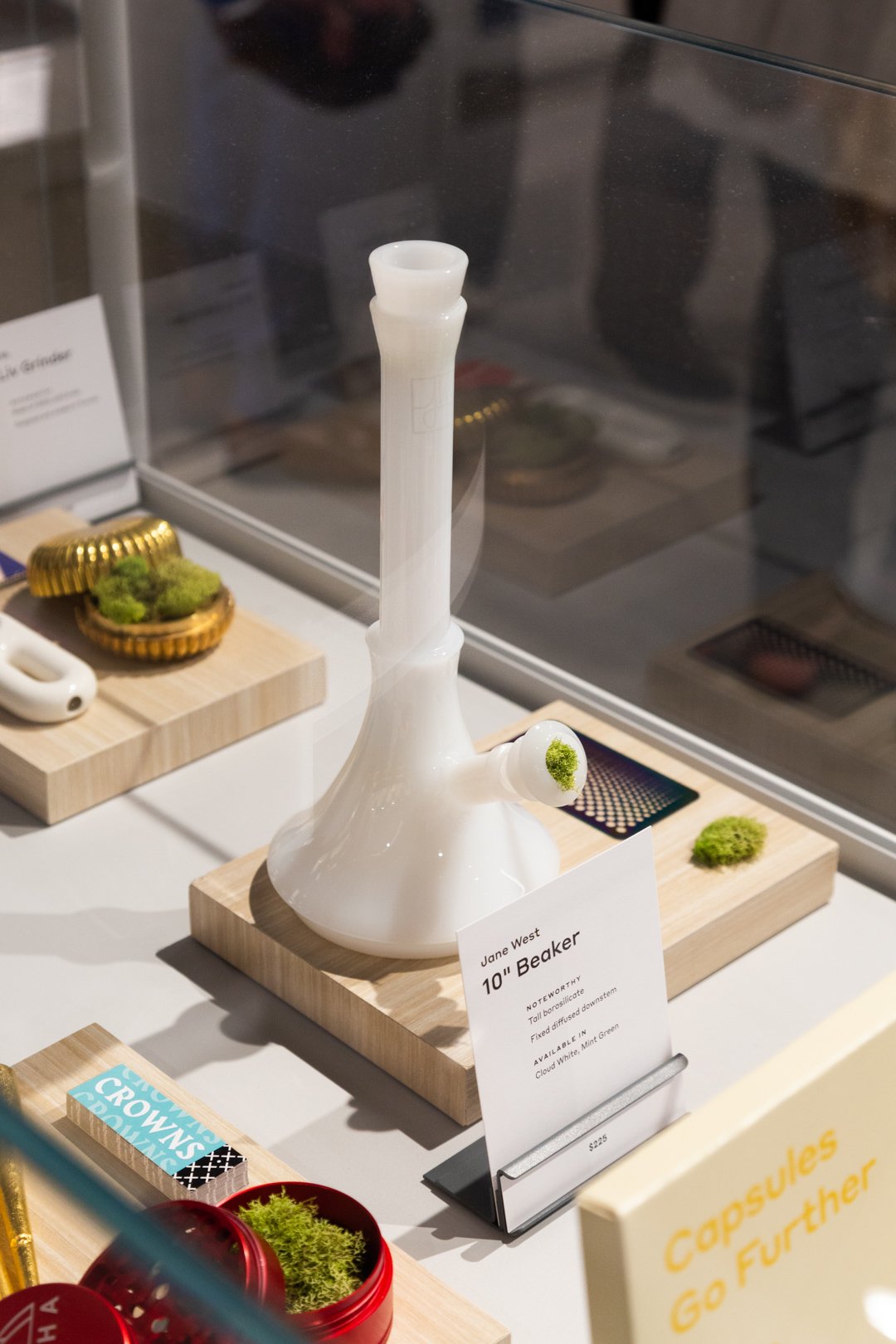 This fancy Heirloom Stack, created in collaboration with Castor, is part grinder, part bong (it goes for $195): 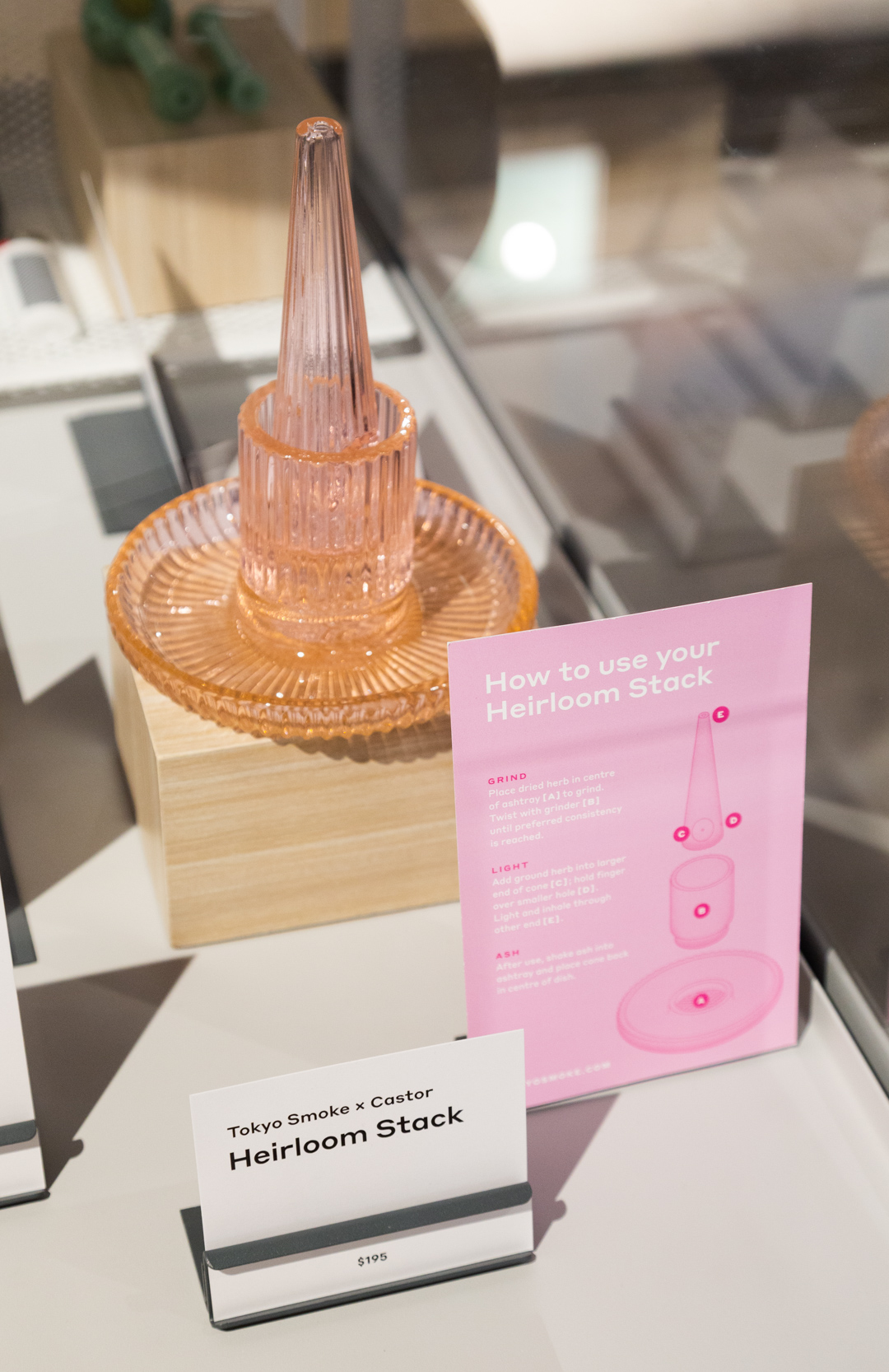 The photographs above the displays are by Canadian artist Bryan Huynh: 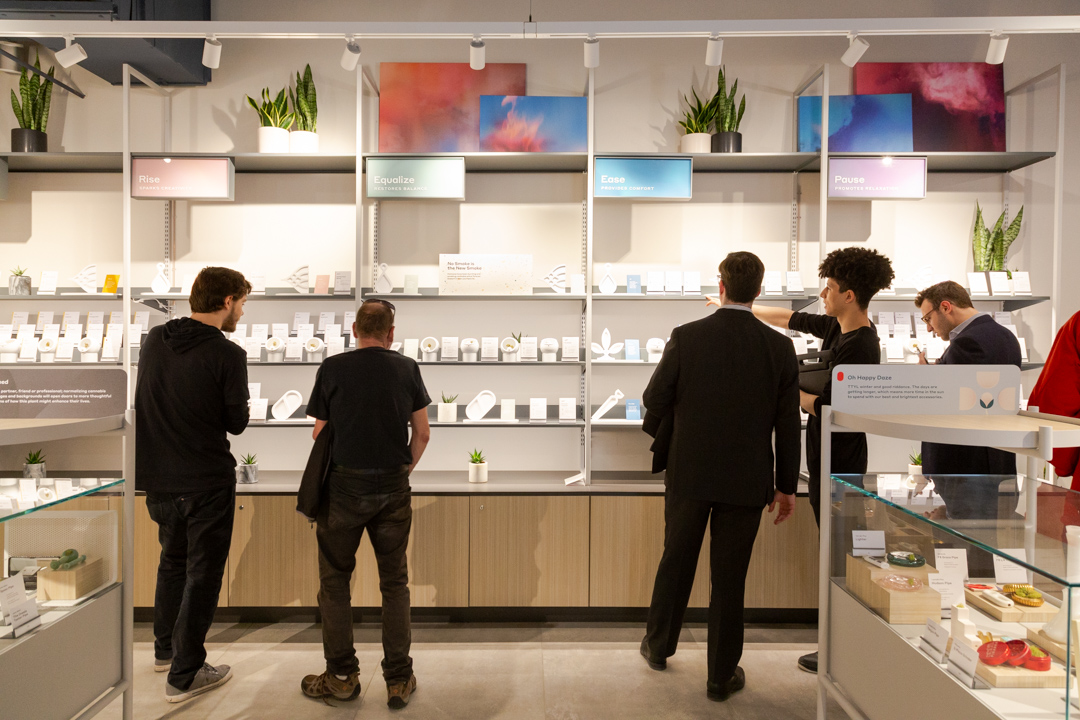