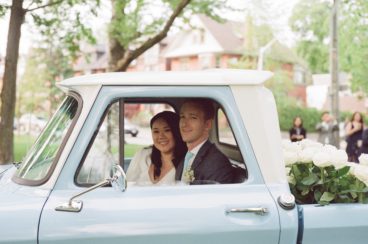 In March of 2016, Bo Hong was sifting through Tinder when George Fawcett’s photo popped up on her feed. His profile professed his love of pancakes—something she could get behind—so she swiped right. It was a match.

A few messages later, they made plans to meet at Scallywag’s near Yonge and St. Clair for a low-key evening of beer and ping-pong—the first of many dates to come. In the fall of 2018, after two and a half years together, George proposed at their Danforth home.

That year was a big one for the couple: in the weeks leading up to their engagement, Bo’s father died after a lengthy battle with cancer. They also started a new side hustle. Both love their respective careers—Bo works in media and George is in finance—but they craved a more creative hobby. Since Bo’s family ran flower shops for two generations and George loves vintage cars, a retro flower truck seemed like a natural fit. They applied for a street permit, refurbished a powder-blue 1966 Chevy and started Lou-Lou’s Flower Truck. They spend summer weekends selling locally grown bouquets out of the bed of the truck.

When they started planning their nuptials, they knew they wanted something intimate and relaxed. They considered city hall, but even those decorated rooms seemed a bit over the top for their tastes. So they settled on getting hitched on the back of their truck.

On the day of their wedding, the couple got ready together at home. Bo wanted to feel like she was wearing pajamas, so she found a flowy dress from the London brand Self-Portrait. George went with a simple blue suit from Tiger of Sweden: 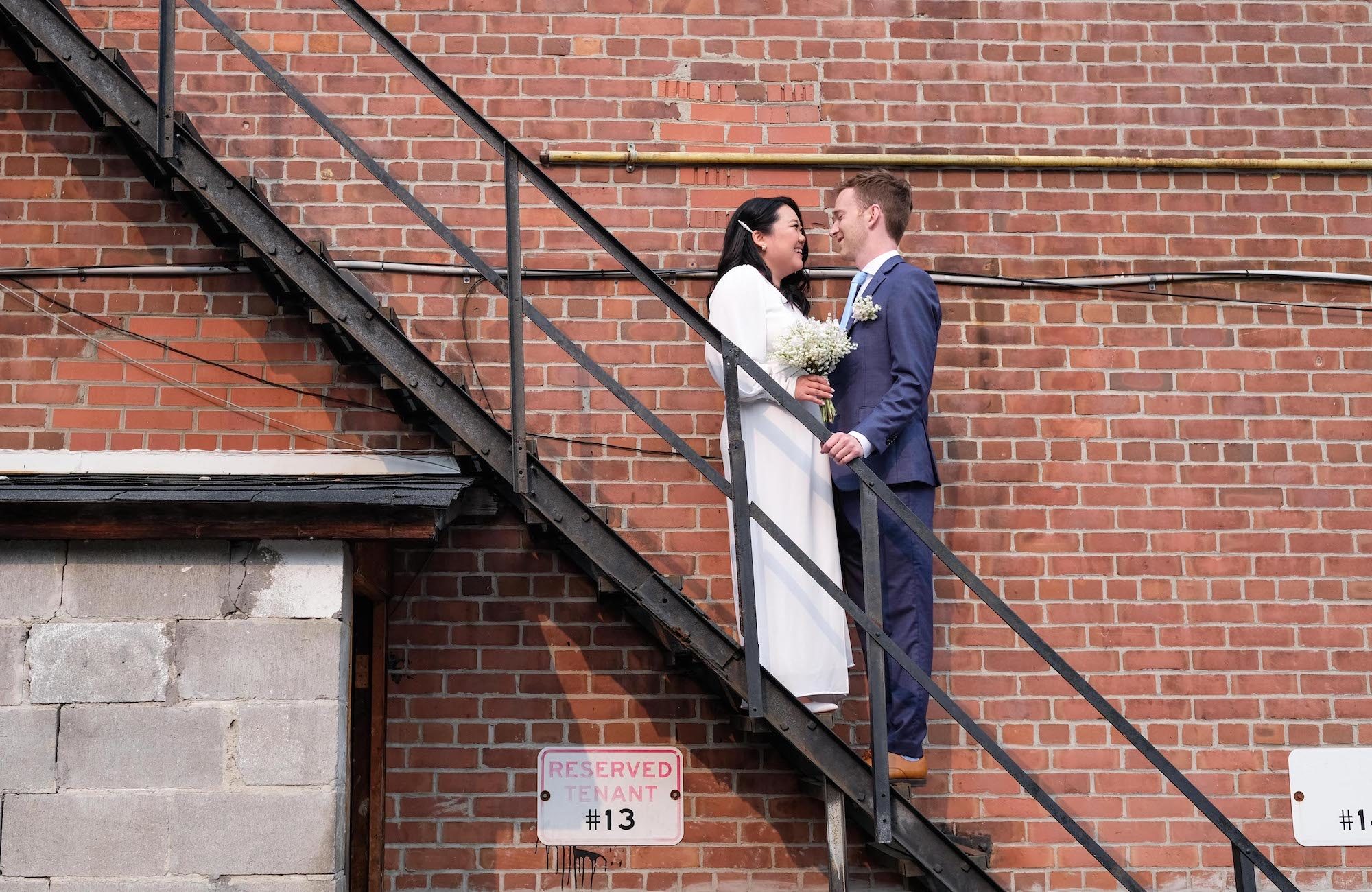 They drove their truck into a clearing in Withrow Park, where Bo’s father and George often play pétanque, a French version of bocce ball: 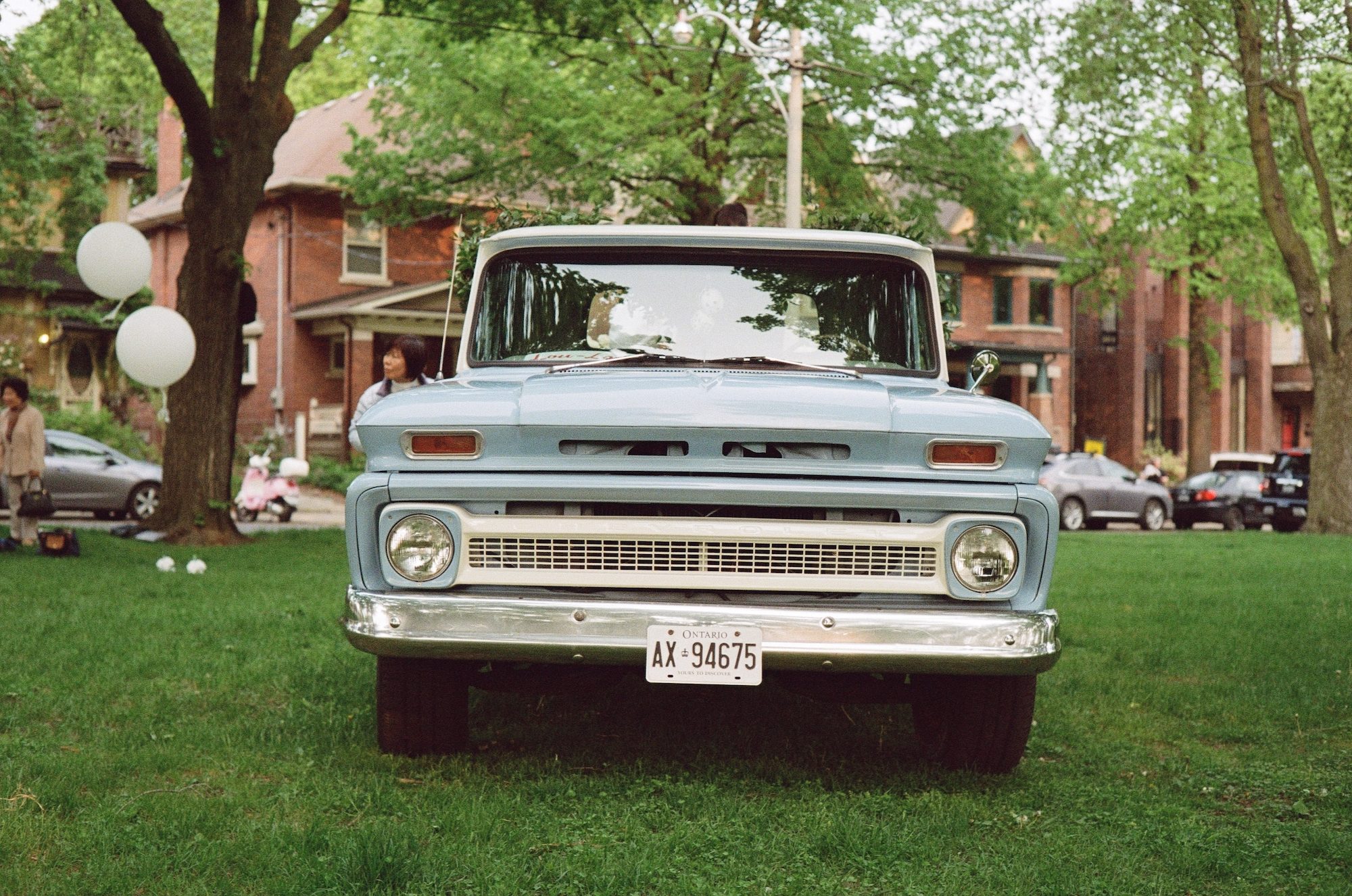 They both stayed up late the night before the wedding assembling green garlands and white flower arrangements: 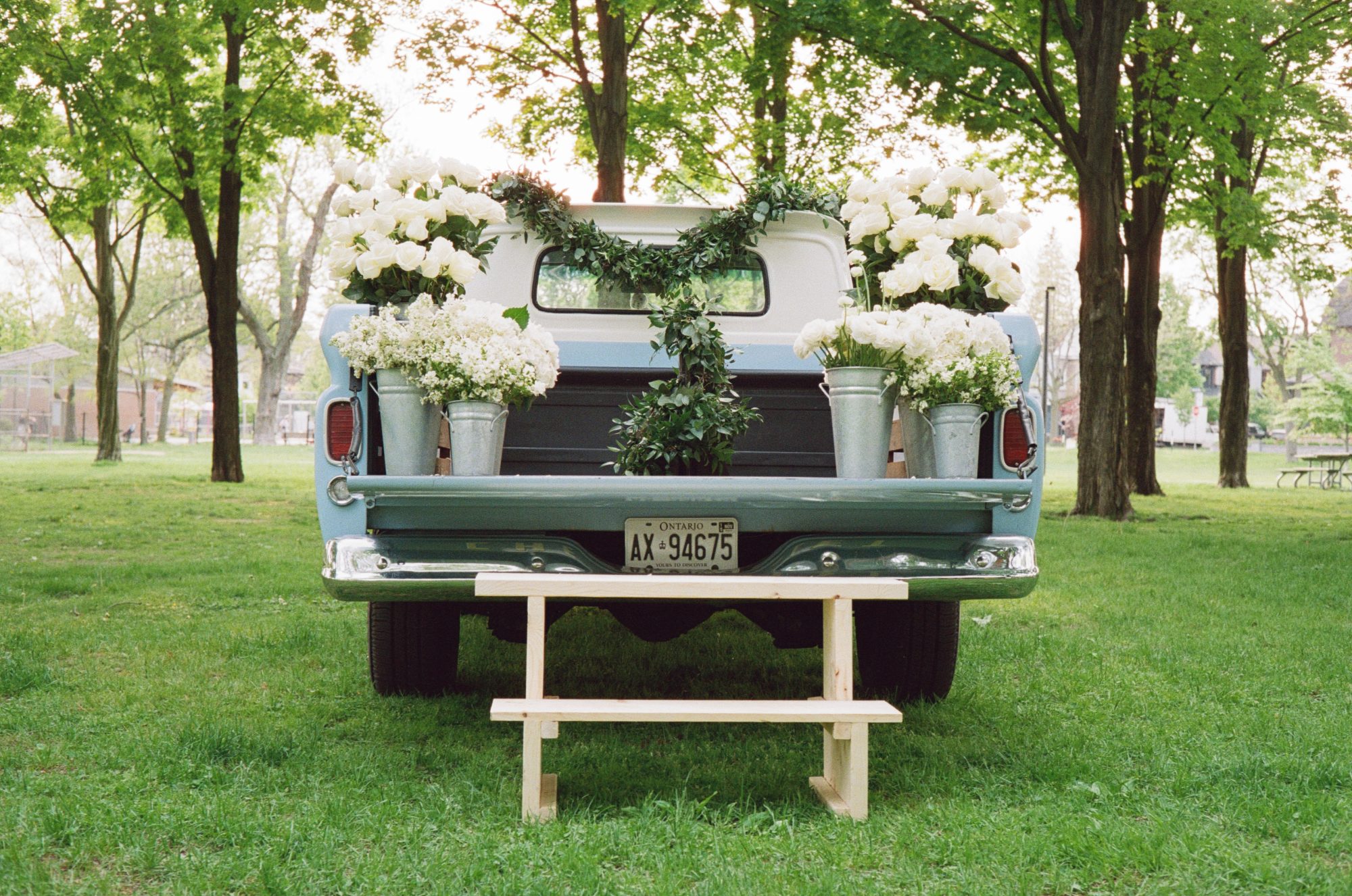 They filled tin buckets with hydrangeas, roses and ranunculus: 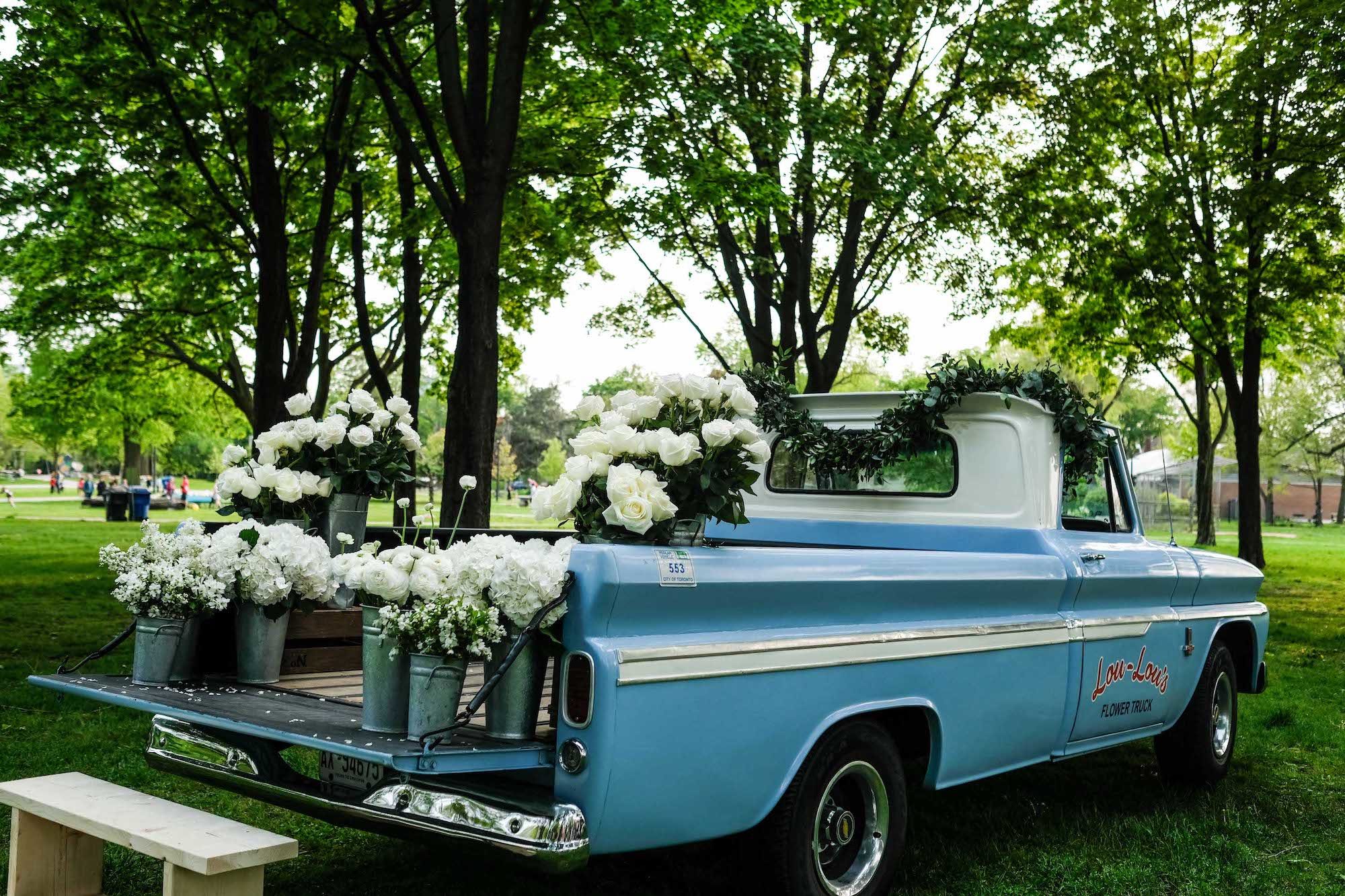 Bo picked lily of the valley, her father’s favourite flower, for her bouquet and George’s boutonniere: 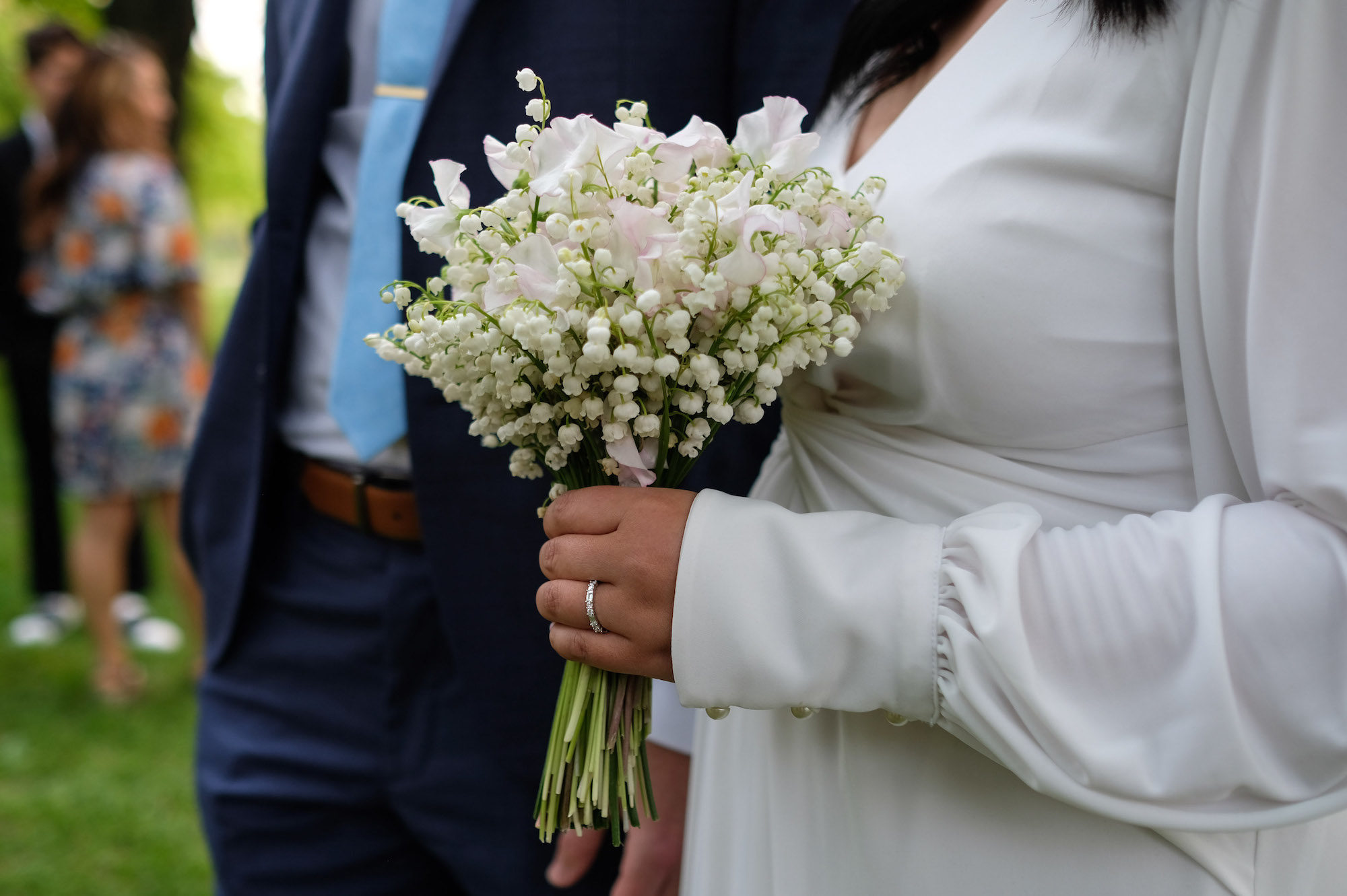 They had a short 20-minute ceremony in the truck and played Paul McCartney’s “Singalong Junk” on a speaker: 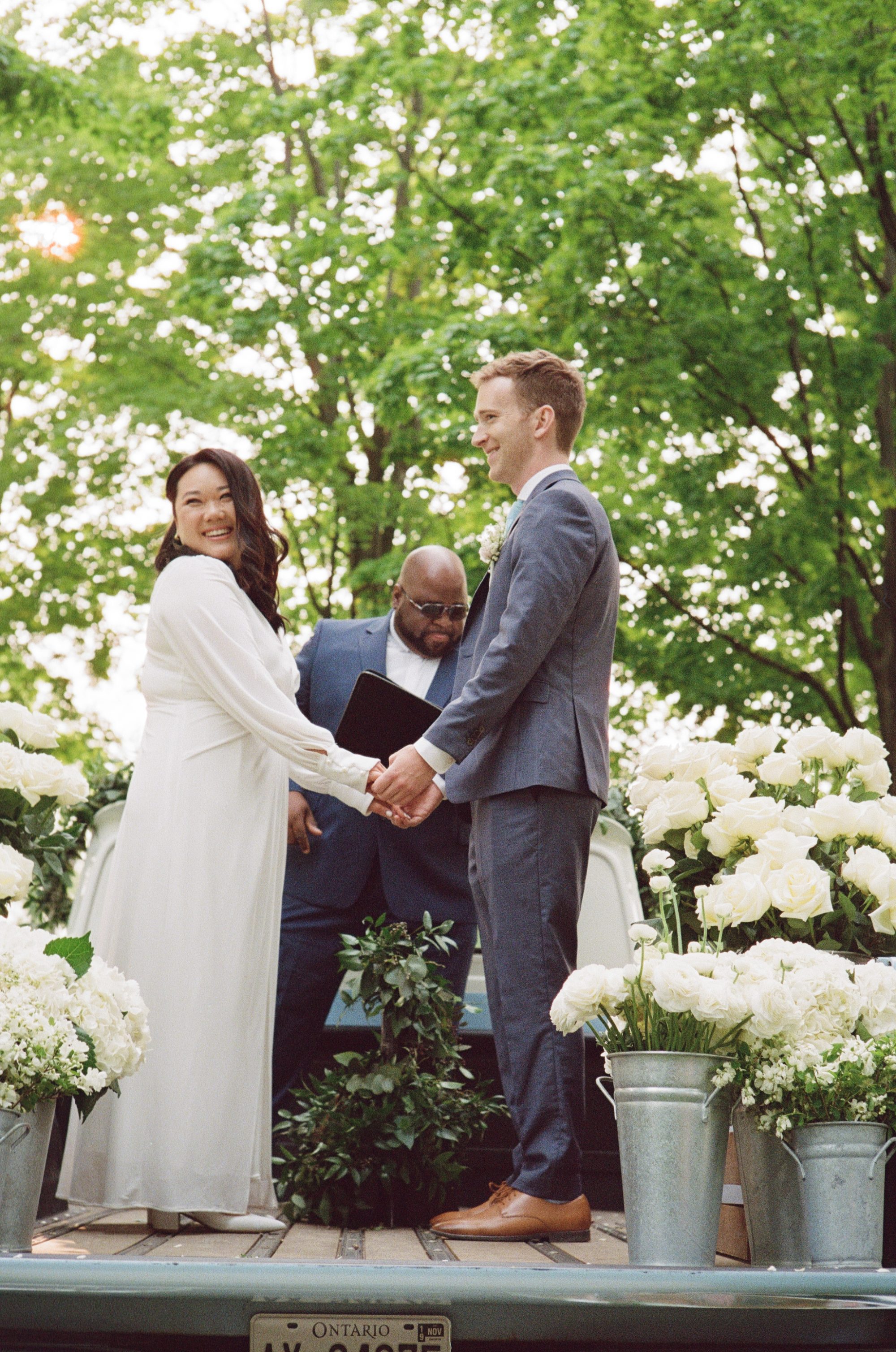 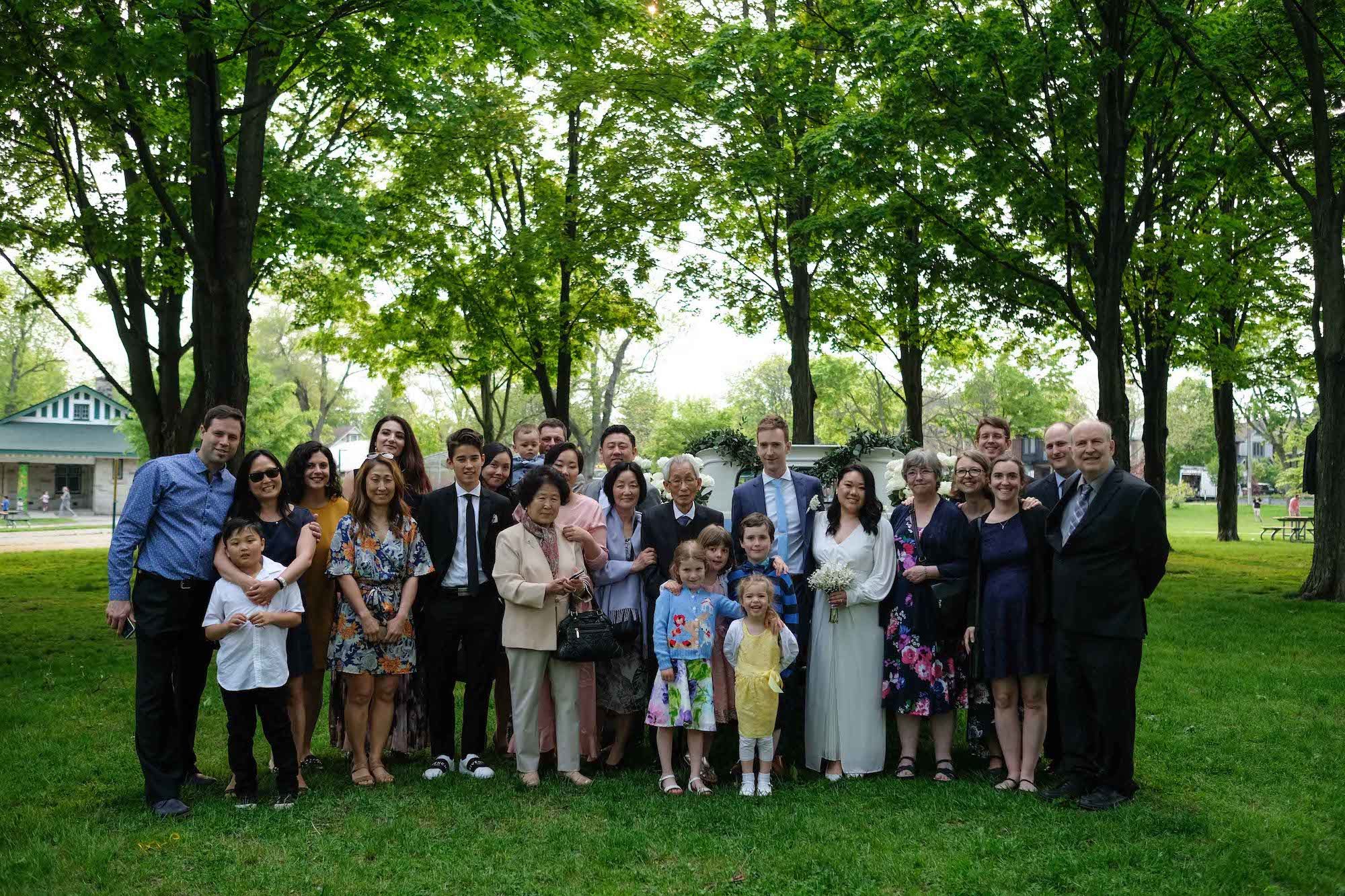 After the ceremony, they invited everyone back to their house for heaping platters of charcuterie and cheese from the Cheese Boutique: 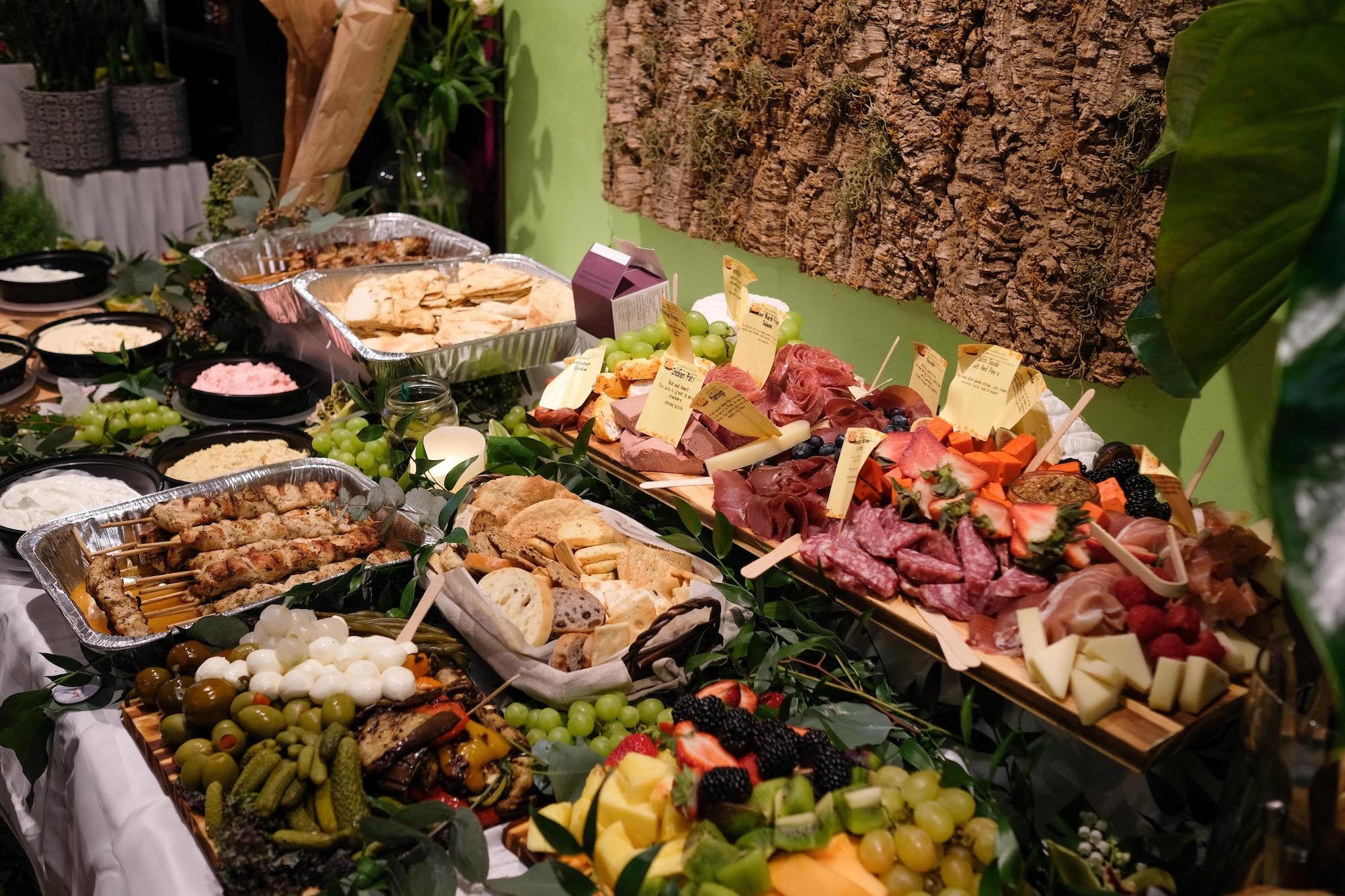 Instead of a cake, they had cupcakes from Bobbette and Belle: 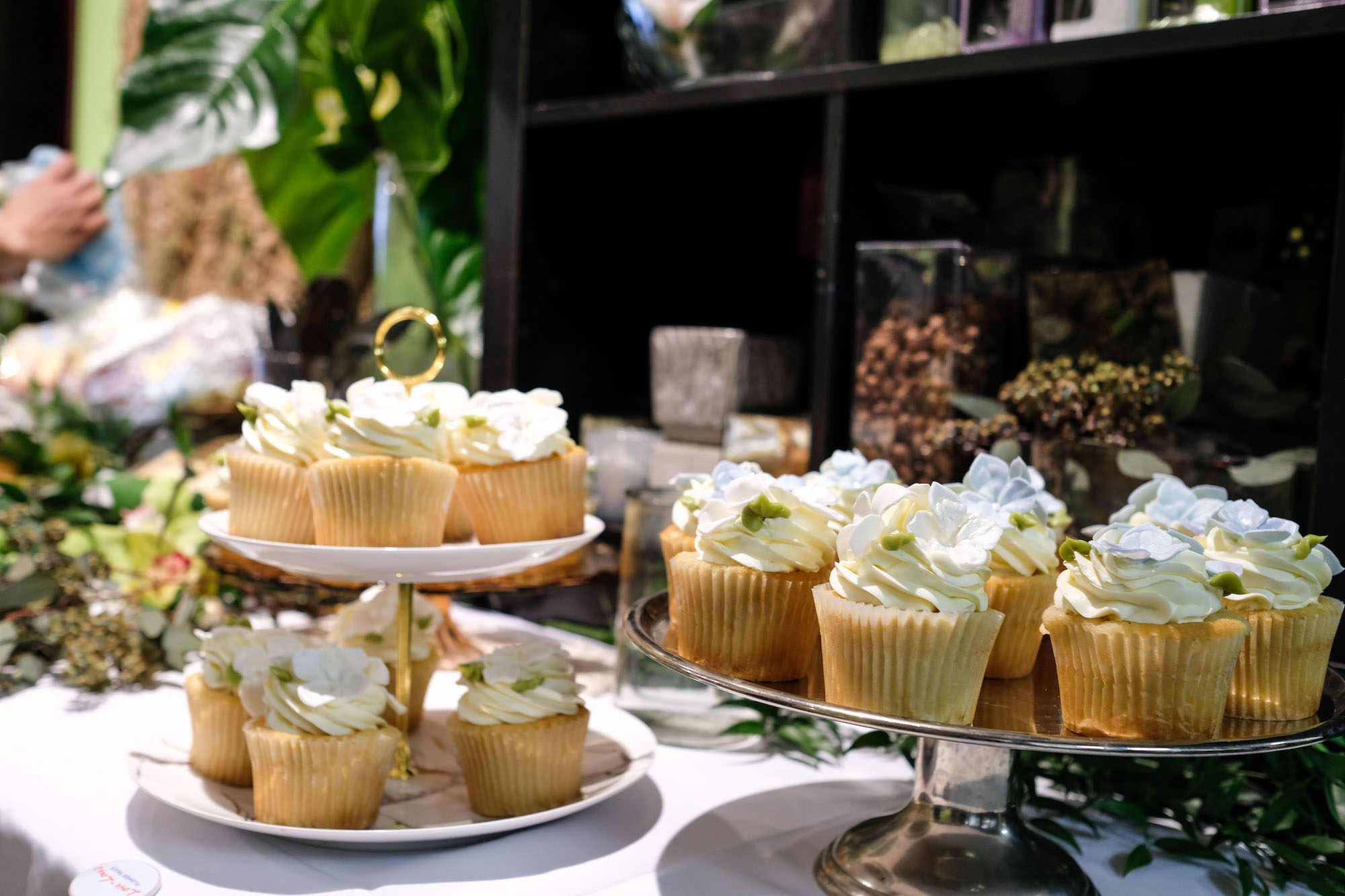 They toasted the day and had their first dance to “A Sunday Kind of Love” by Etta James: 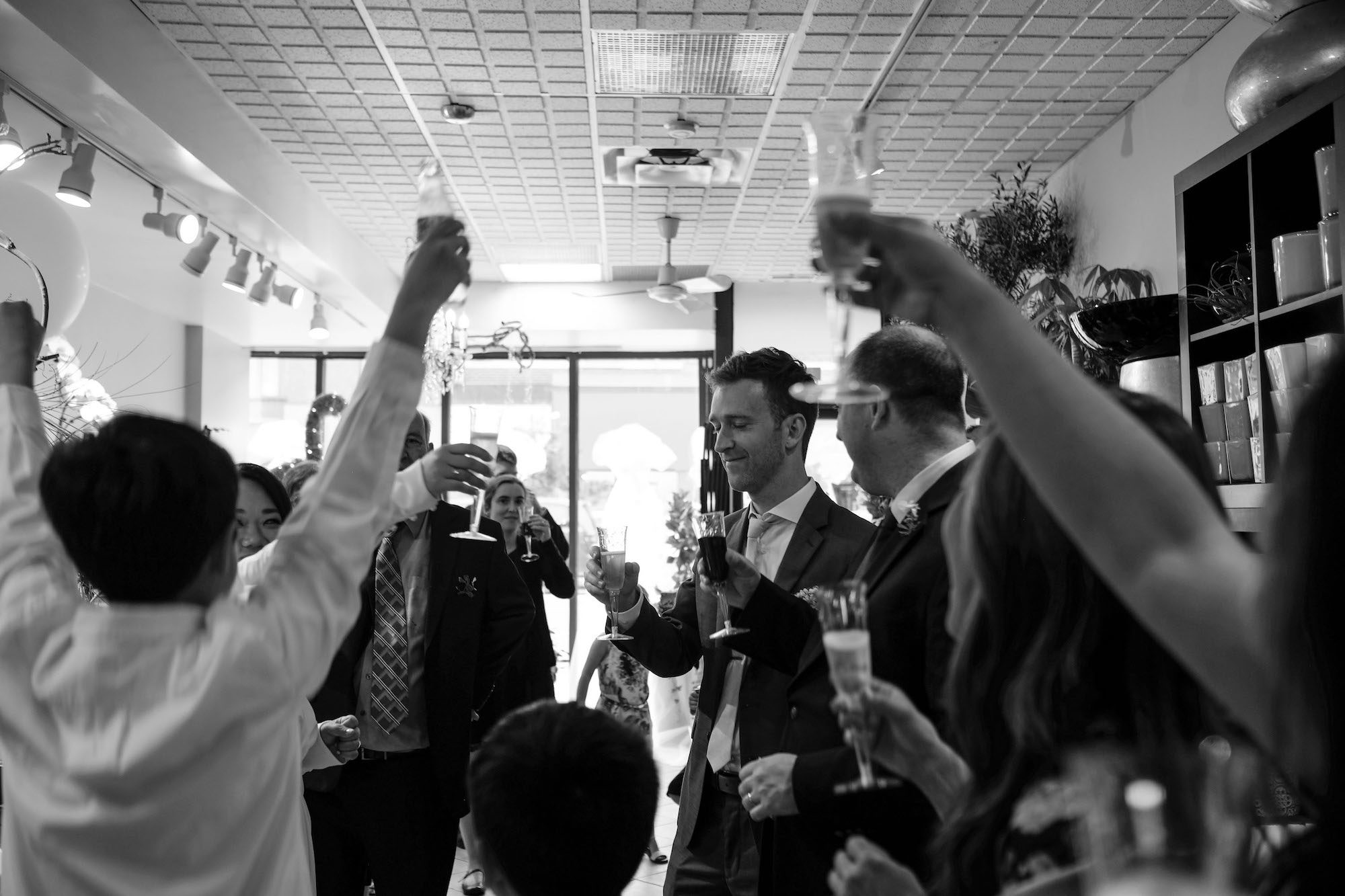