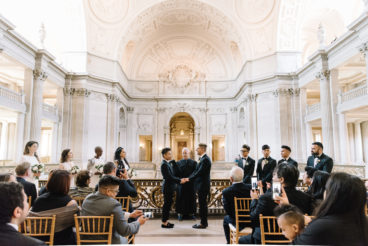 Inside an intimate affair at San Francisco’s City Hall

Christopher Reyes, a creative manager at Hudson’s Bay, and Johnny Wigham, a communications manager at Aviva Insurance, met on a dating site over a decade ago. Johnny seemed a little too “Abercrombie and Fitch” for Christopher (who says he was more of an American Apparel guy), but he was charming, so they moved things off screen and onto the phone. “We ended up chatting until 8 a.m. the next morning,” says Christopher. “It was like being back in high school.” Soon after, they planned a date—the first of many—at Milestones. Eight years later, during a sunrise Instagram-op in Cuba, Christopher proposed.

Johnny wanted to have a small wedding at City Hall, but Christopher was skeptical: Toronto’s modern towers wouldn’t cut it. He started researching the most beautiful city halls in North America and came across San Francisco’s grand Beaux-Arts architectural masterpiece. He told Johnny that if they wanted to get married at a City Hall, it should be this one. (Johnny agreed.) They spent the next few months planning a weekend of sightseeing, dining and dancing for 42 of their closest friends and family members.

The couple planned their wedding for Monday morning, since that’s when City Hall is the least busy, and spent the weekend exploring San Francisco. On Saturday, they took their bridal party on a vintage Volkswagen tour: 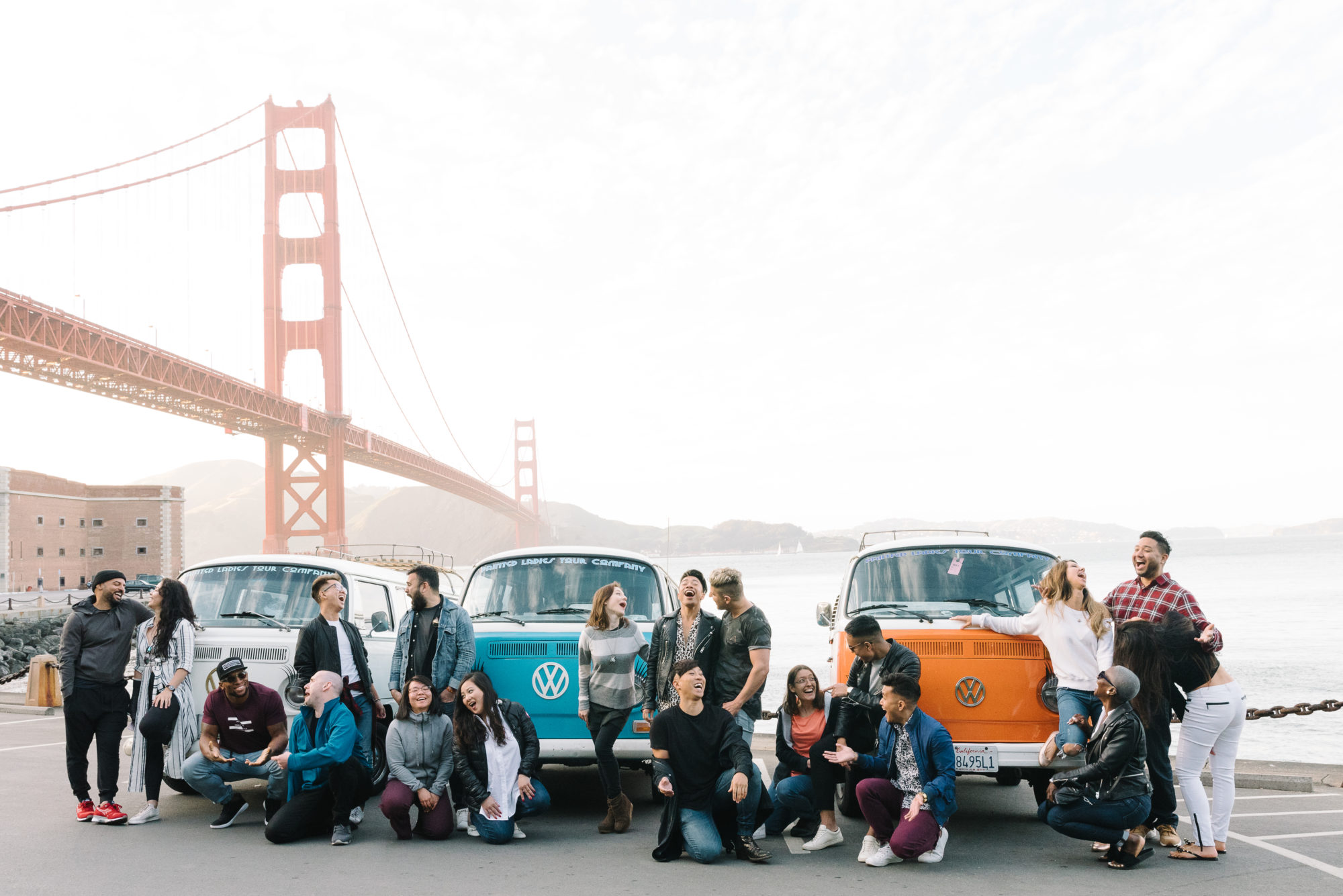 They snuck in some great photo-ops, too: 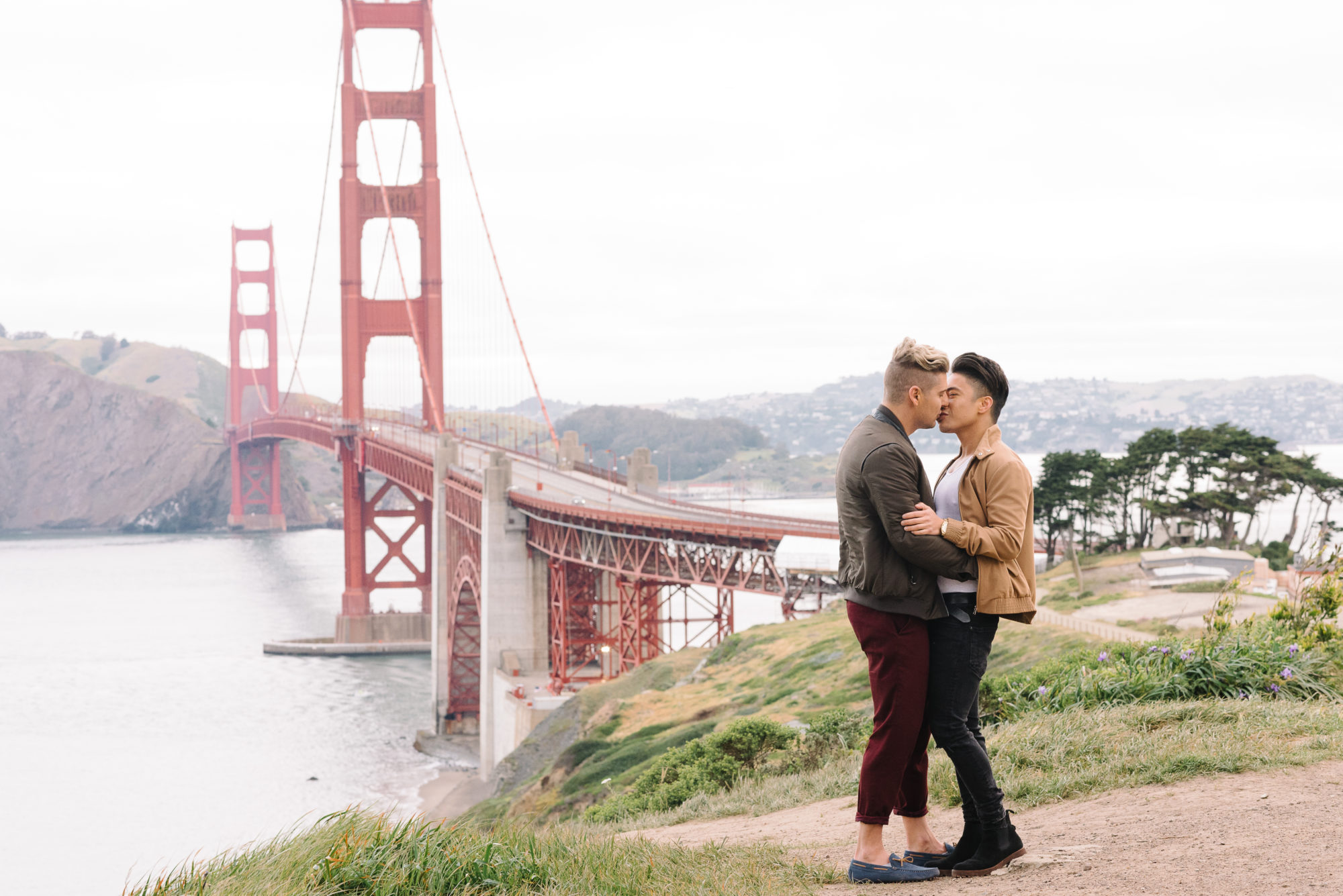 On Sunday, they held a rehearsal dinner at a local pizzeria. The next morning, they got ready for the ceremony together in Hotel Zetta: 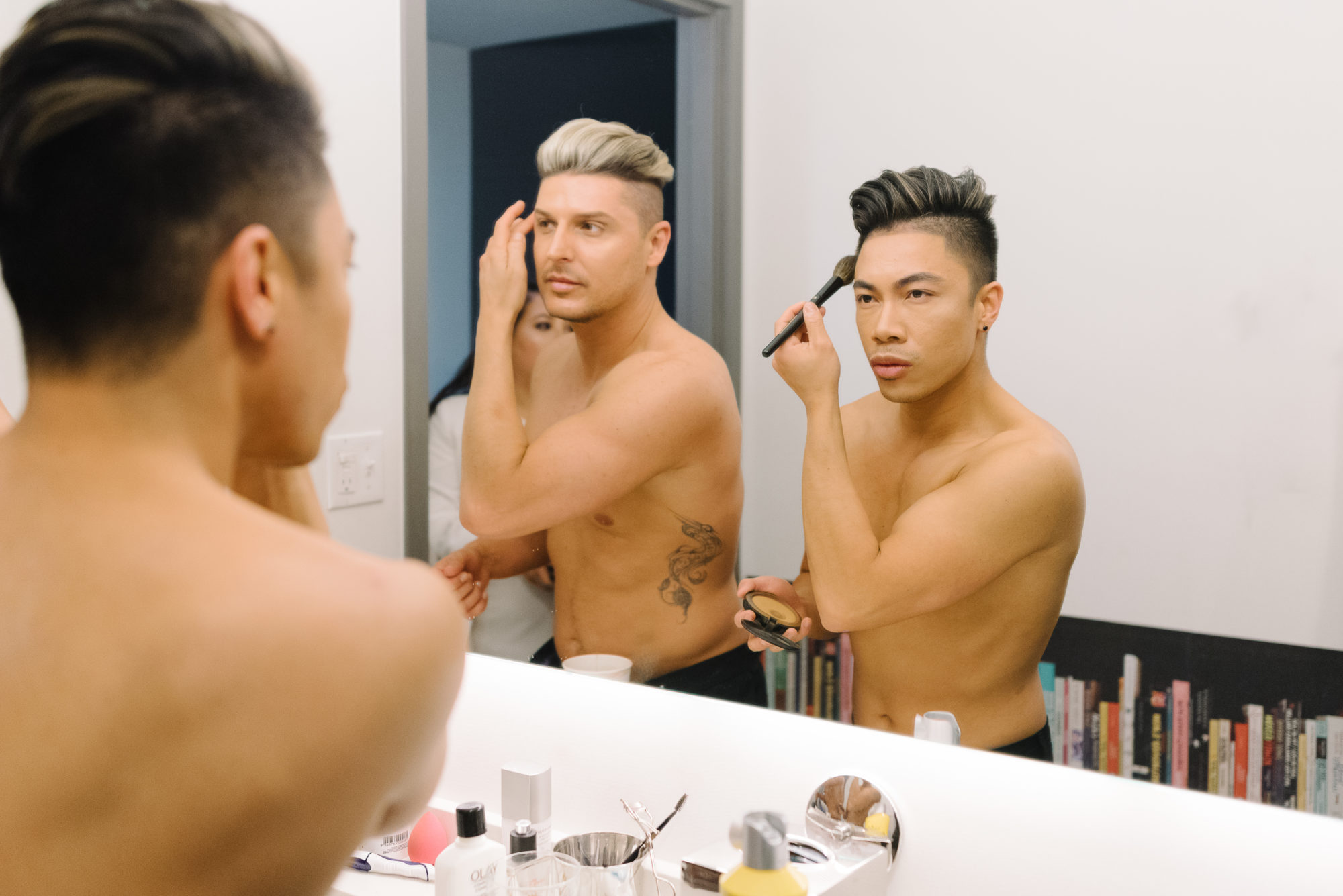 They showed up to city hall in a white Rolls-Royce: 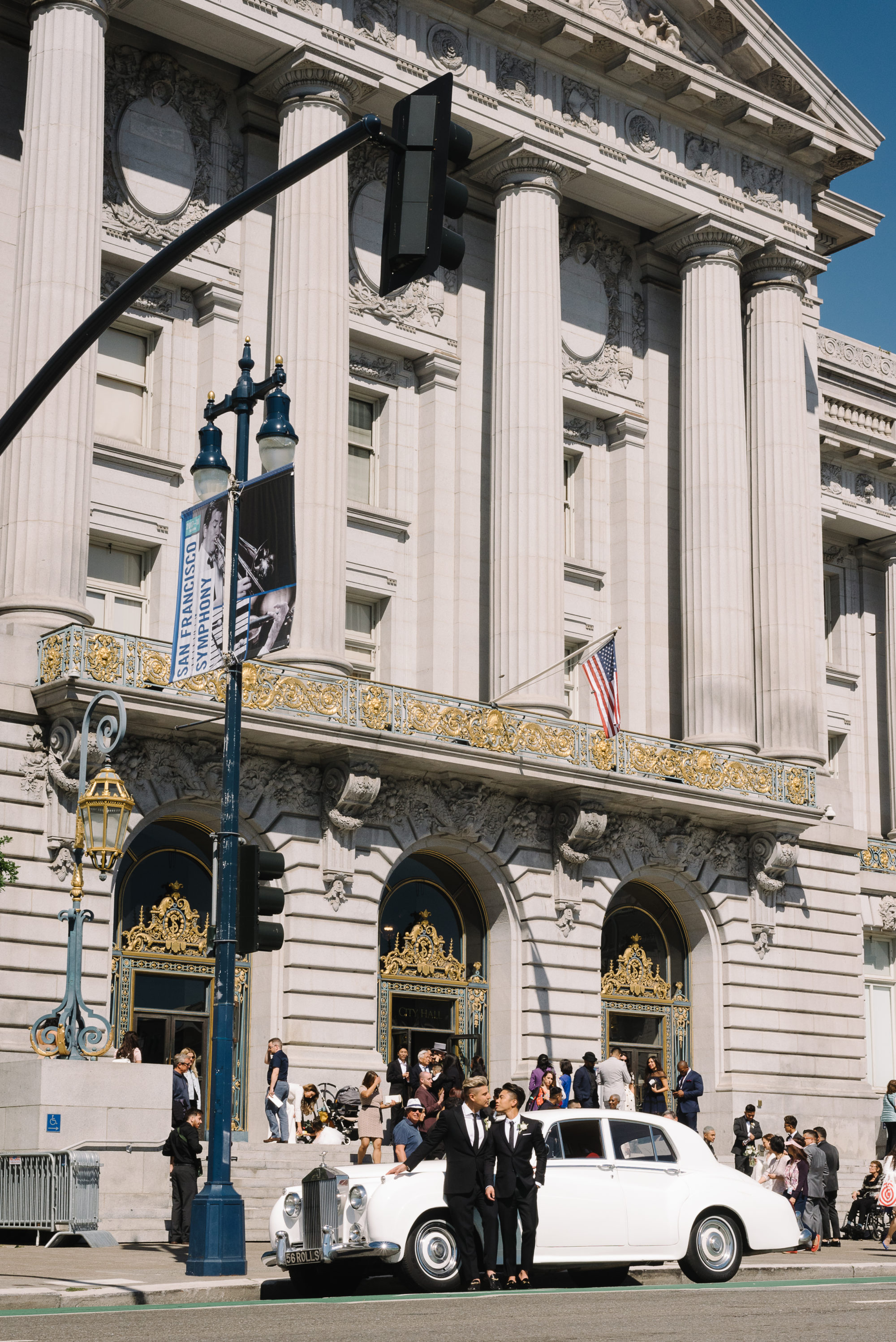 Since neither groom wore white, they decided to dress the bridesmaids in pseudo wedding gowns, which were made by the Toronto-based designer Christopher Paunil: 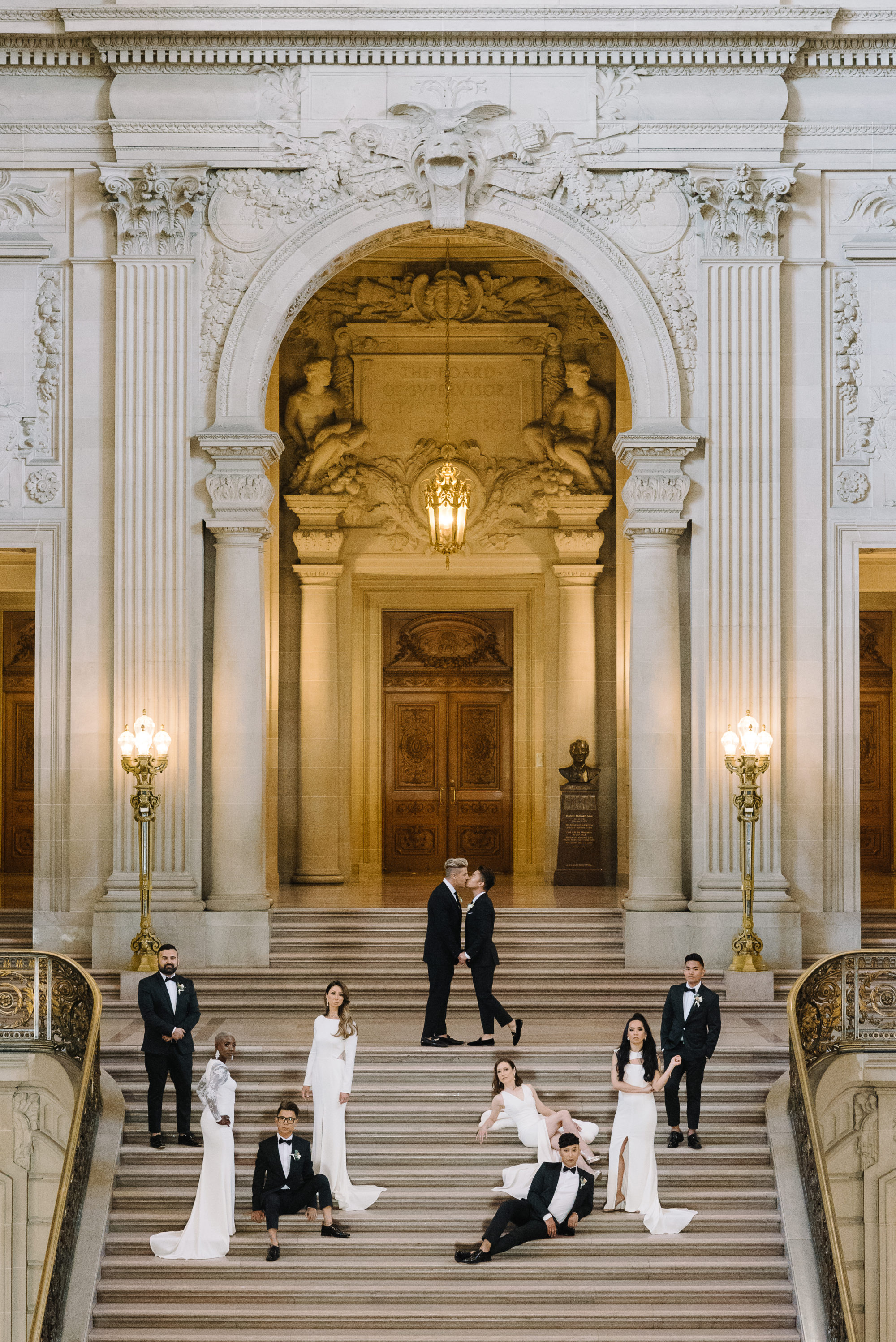 A harpist played “Ordinary People” by John Legend when they walked down the aisle: 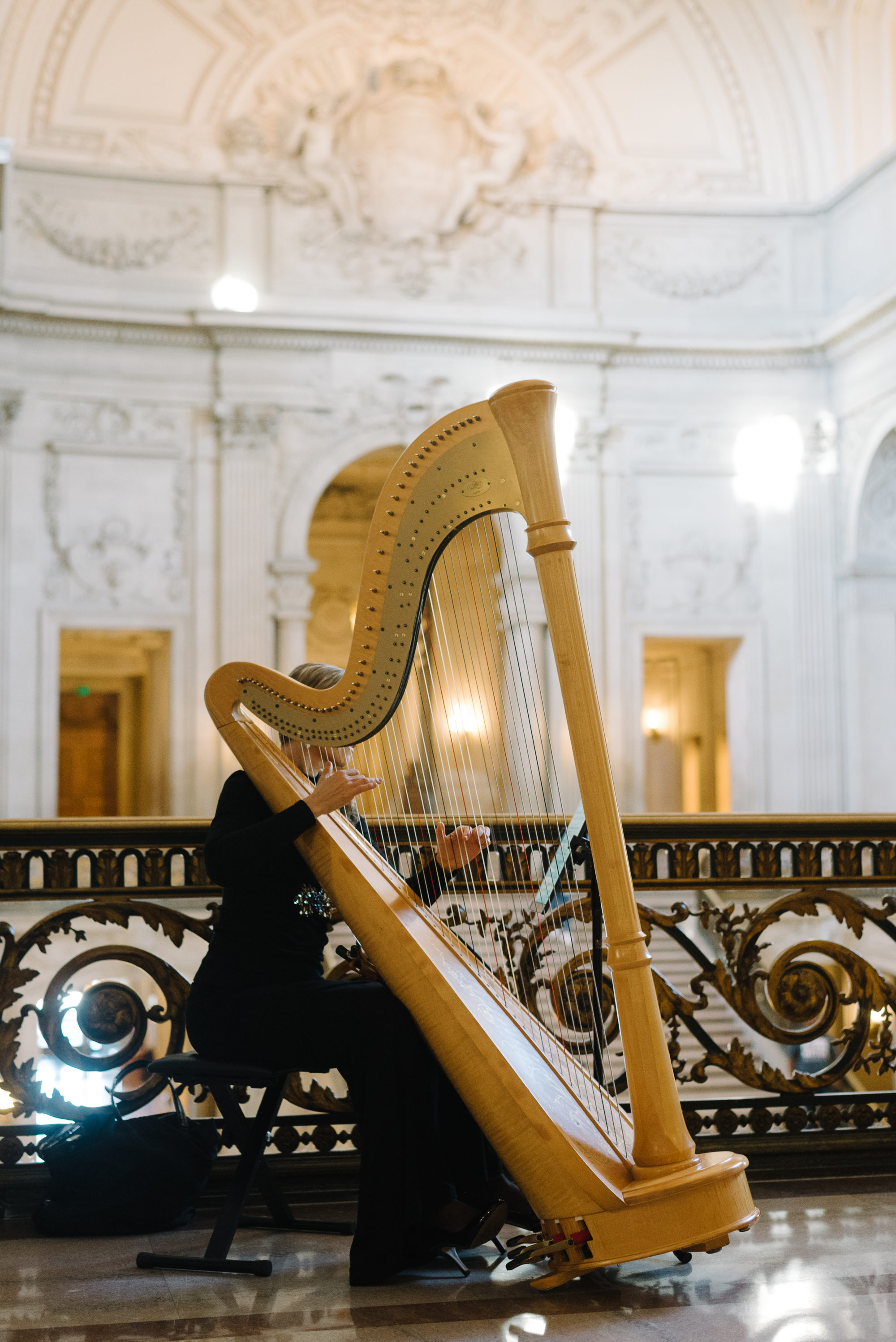 The photo opportunities inside City Hall were pretty stunning: 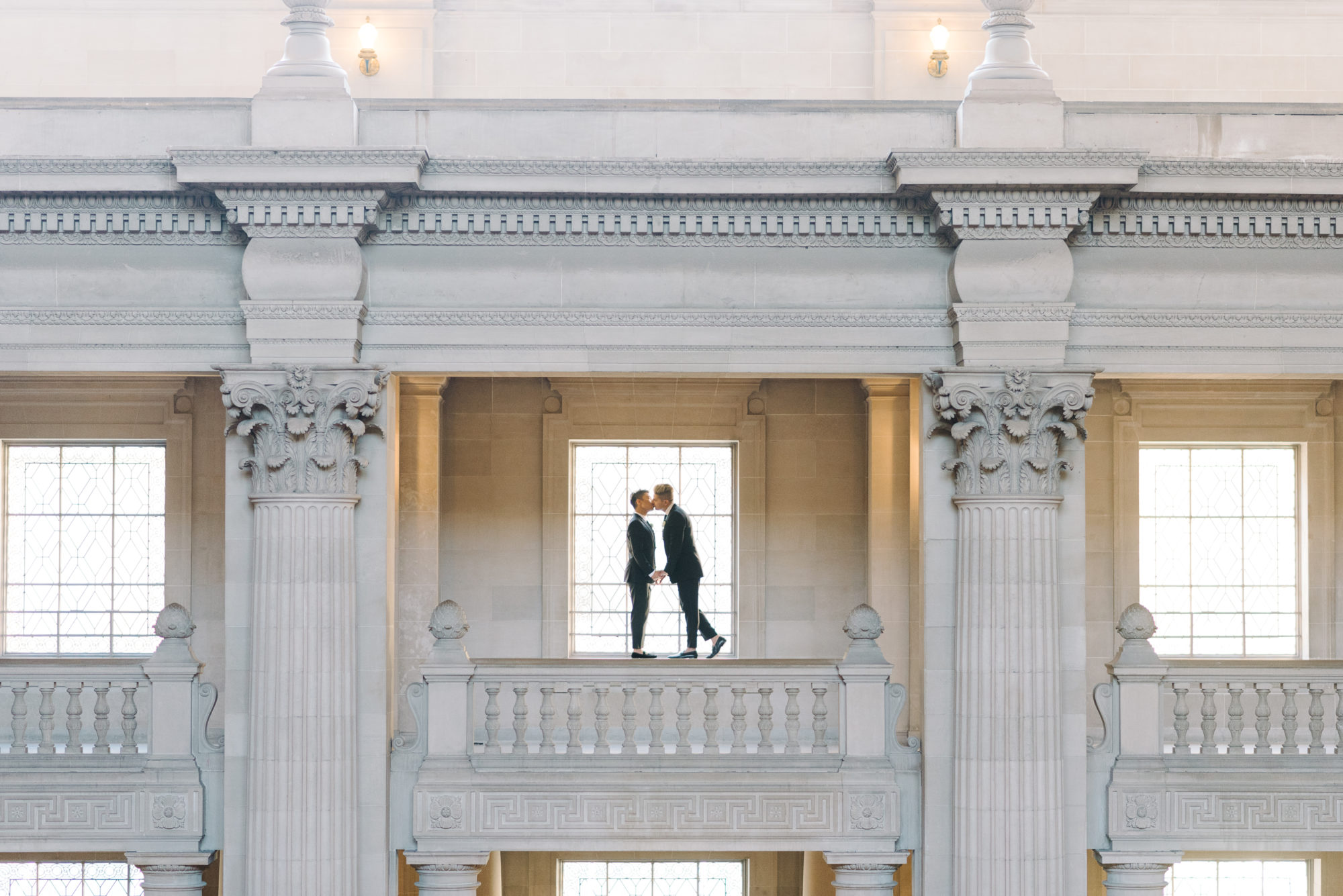 After the ceremony, the bridal party headed over to the Legion of Honour to snap some more pics: 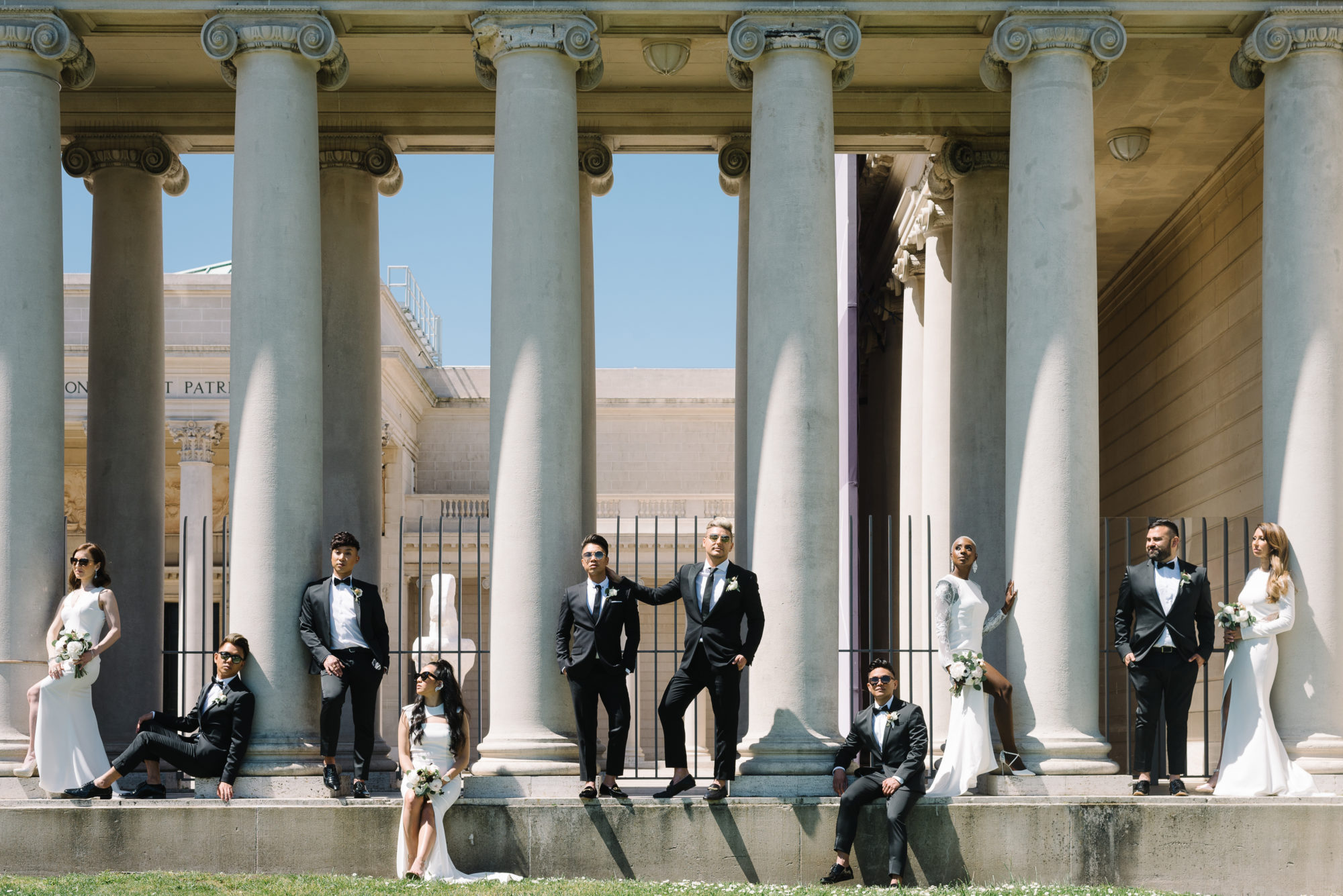 They grabbed some lunch at a food truck: 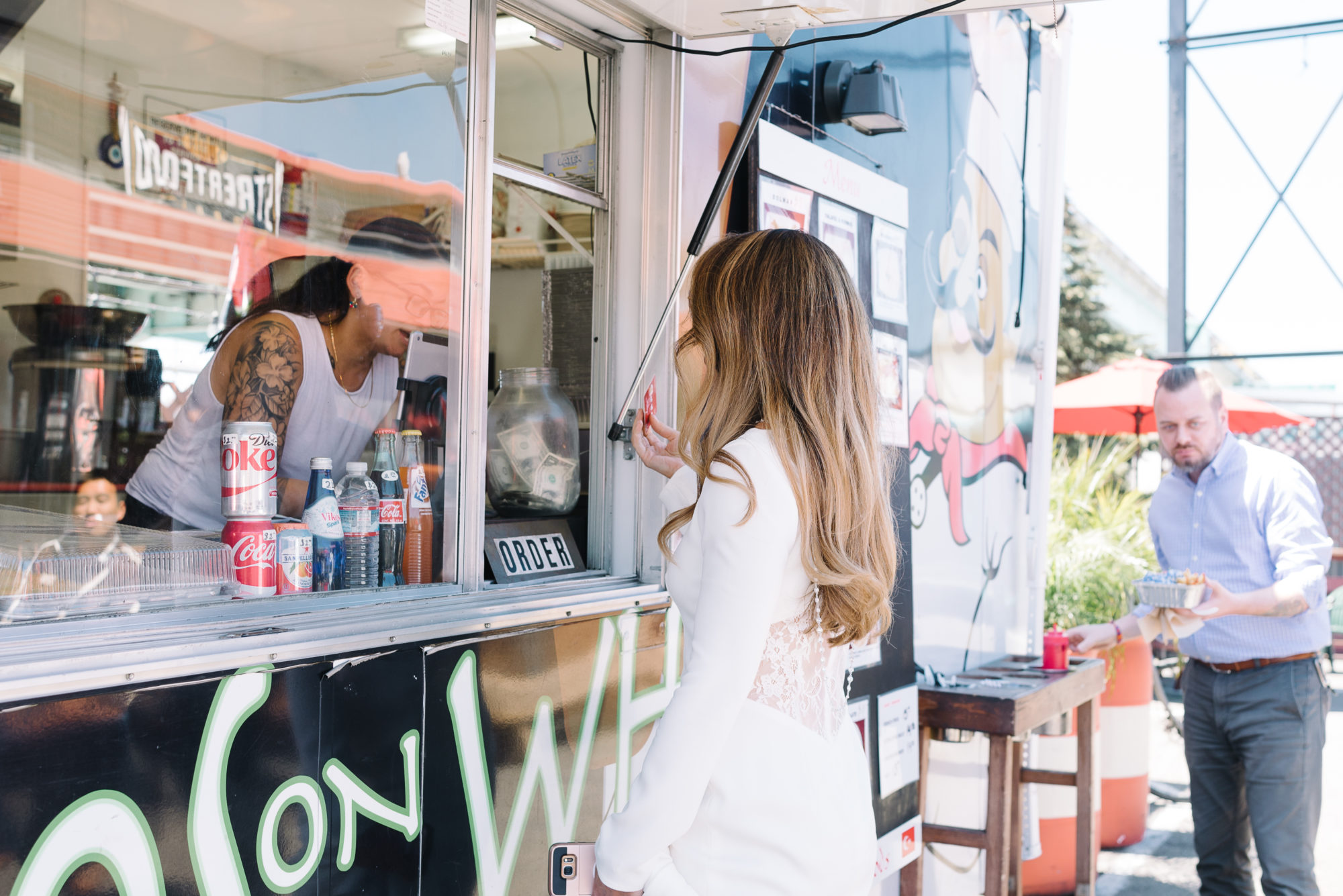 The reception was held at Wayfare Tavern, a bank turned restaurant. Shortly before this photo was taken, one of the bridesmaids got pooped on by a bird. They solved the crisis with a lot of soda water: 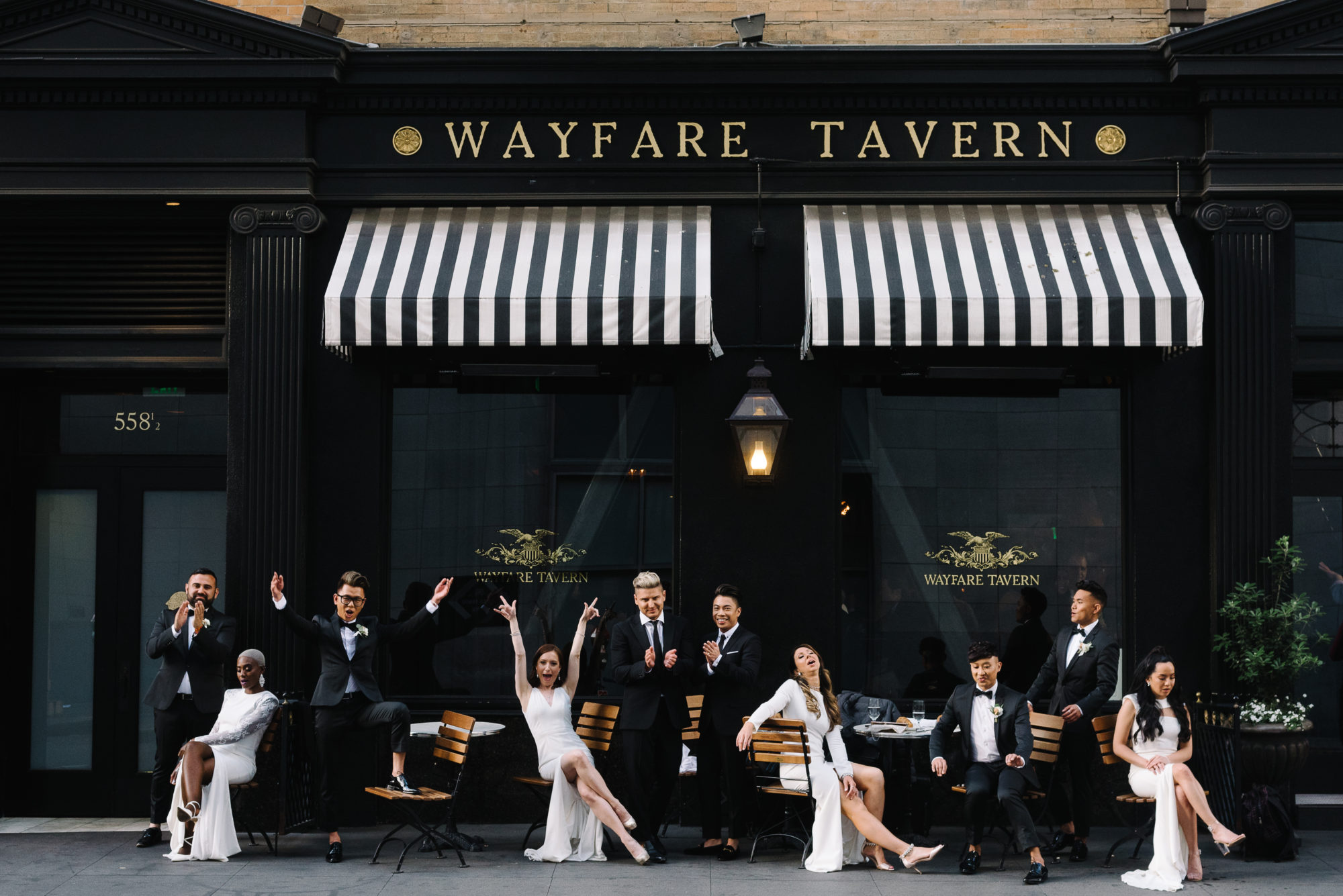 Here’s what the inside of the restaurant looks like: 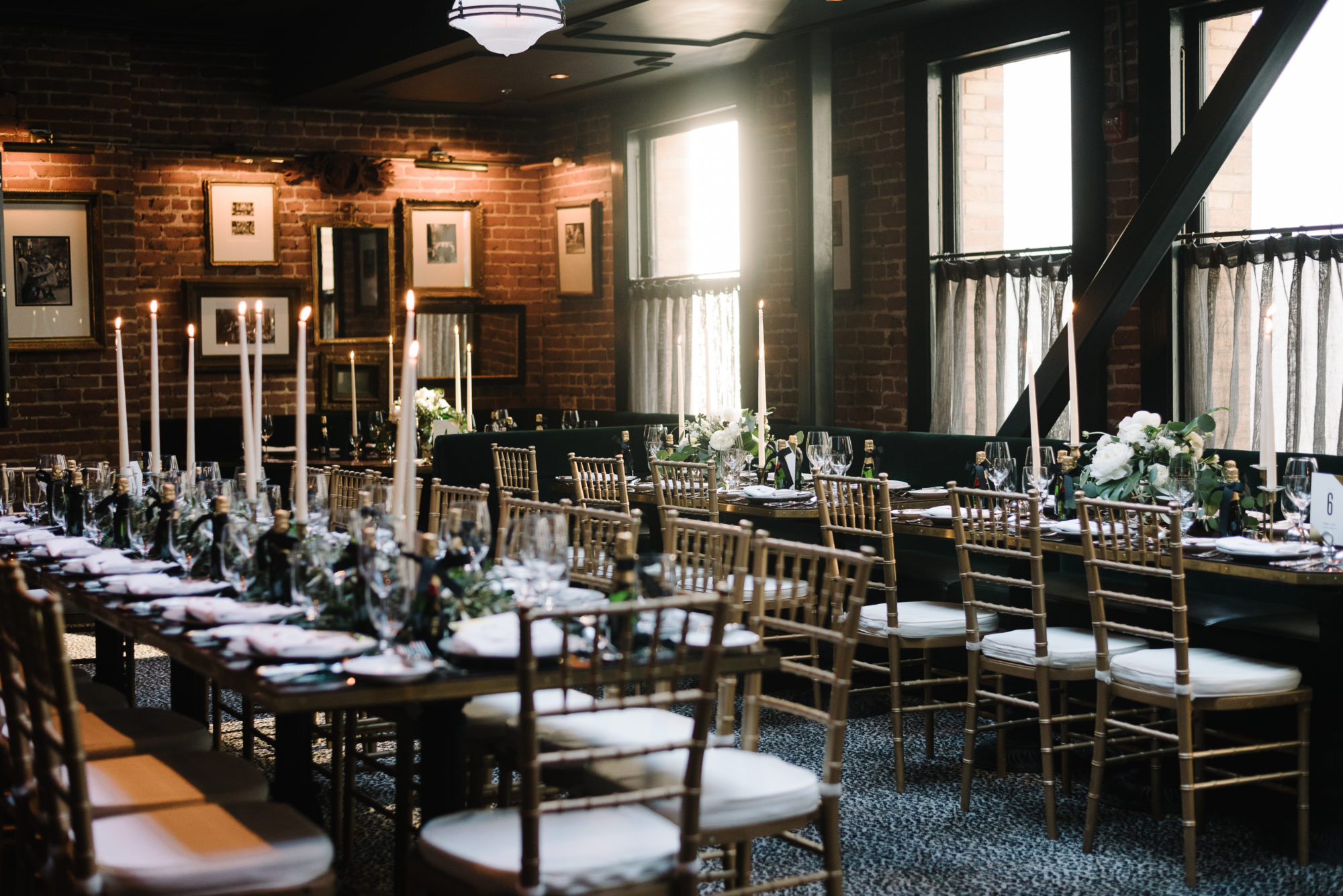 Dinner was a five-course meal that included Akaroa king salmon and a filet of prime rib tenderloin: 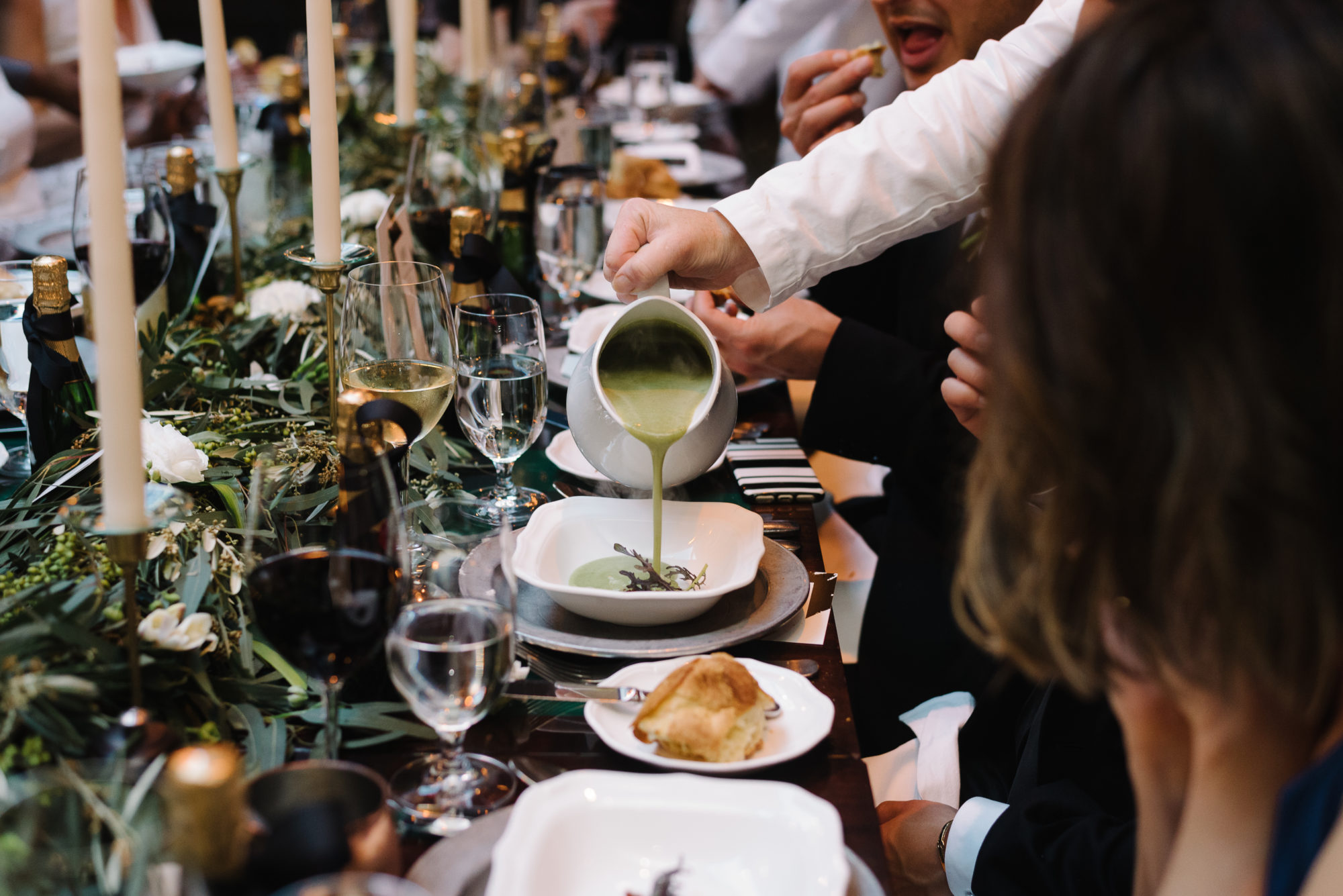 There were also seafood towers and signature lime mule cocktails: 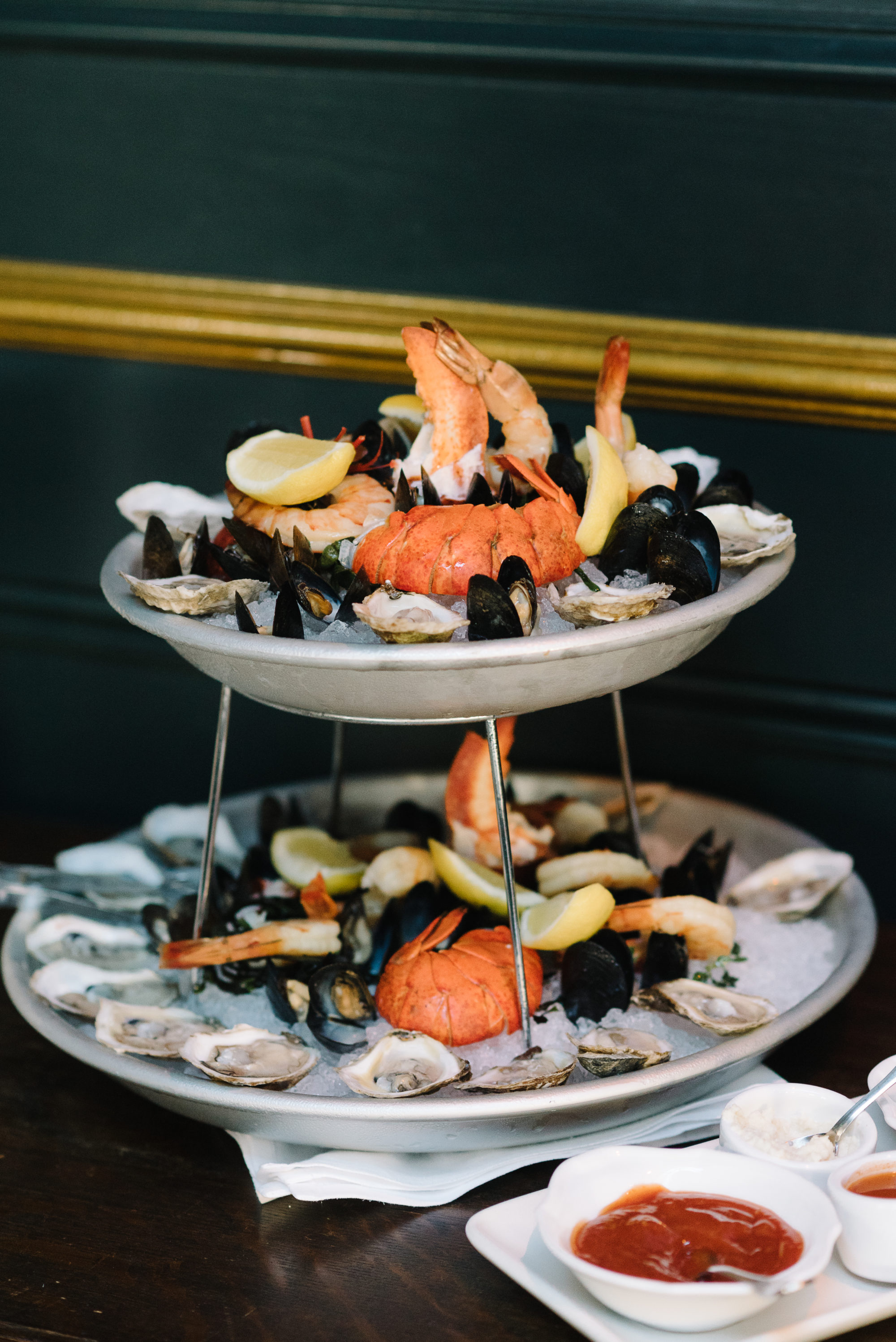 The couple swayed to Adele’s “Remedy” for their first dance: 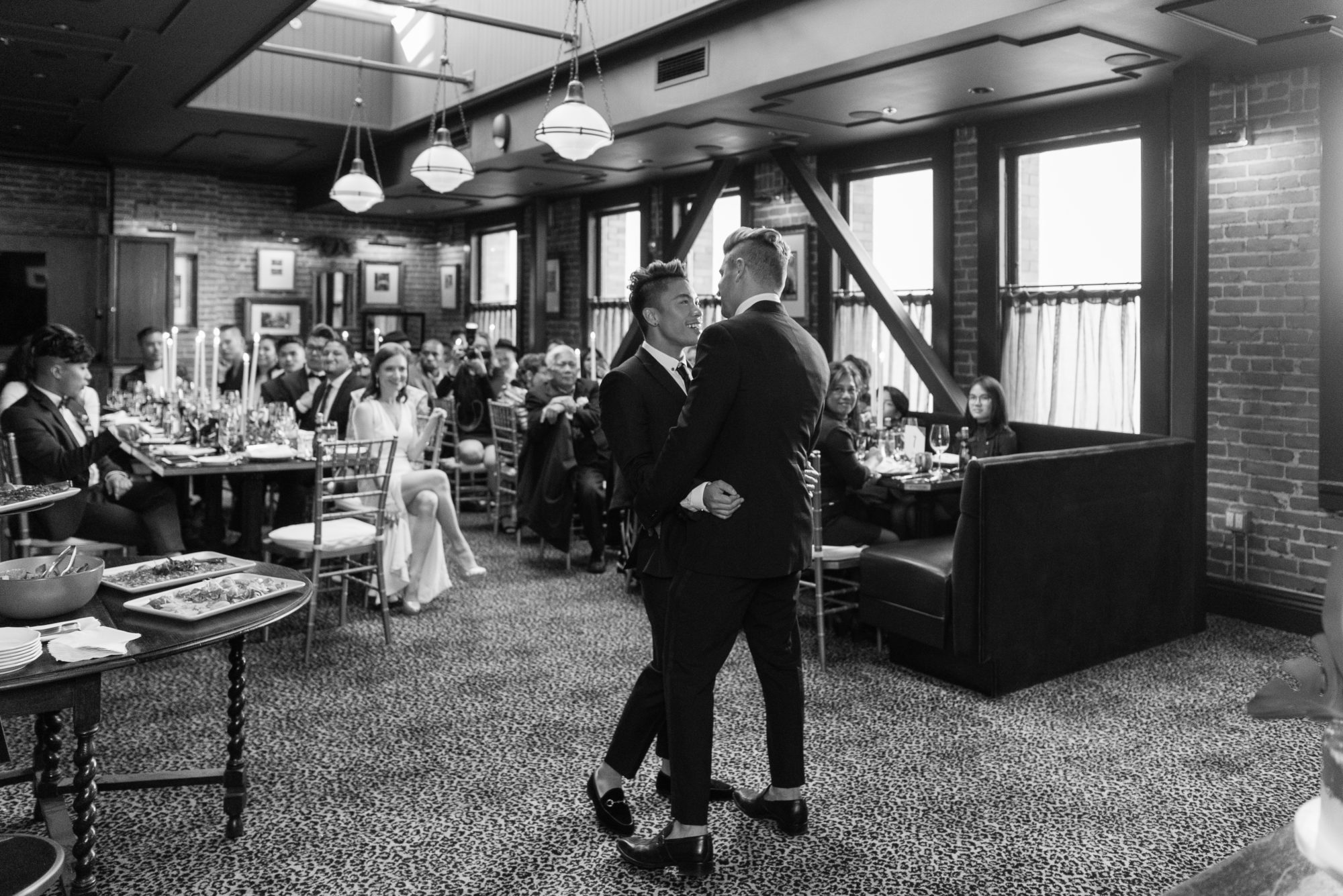 Later, their bridal party joined them on the dance floor: 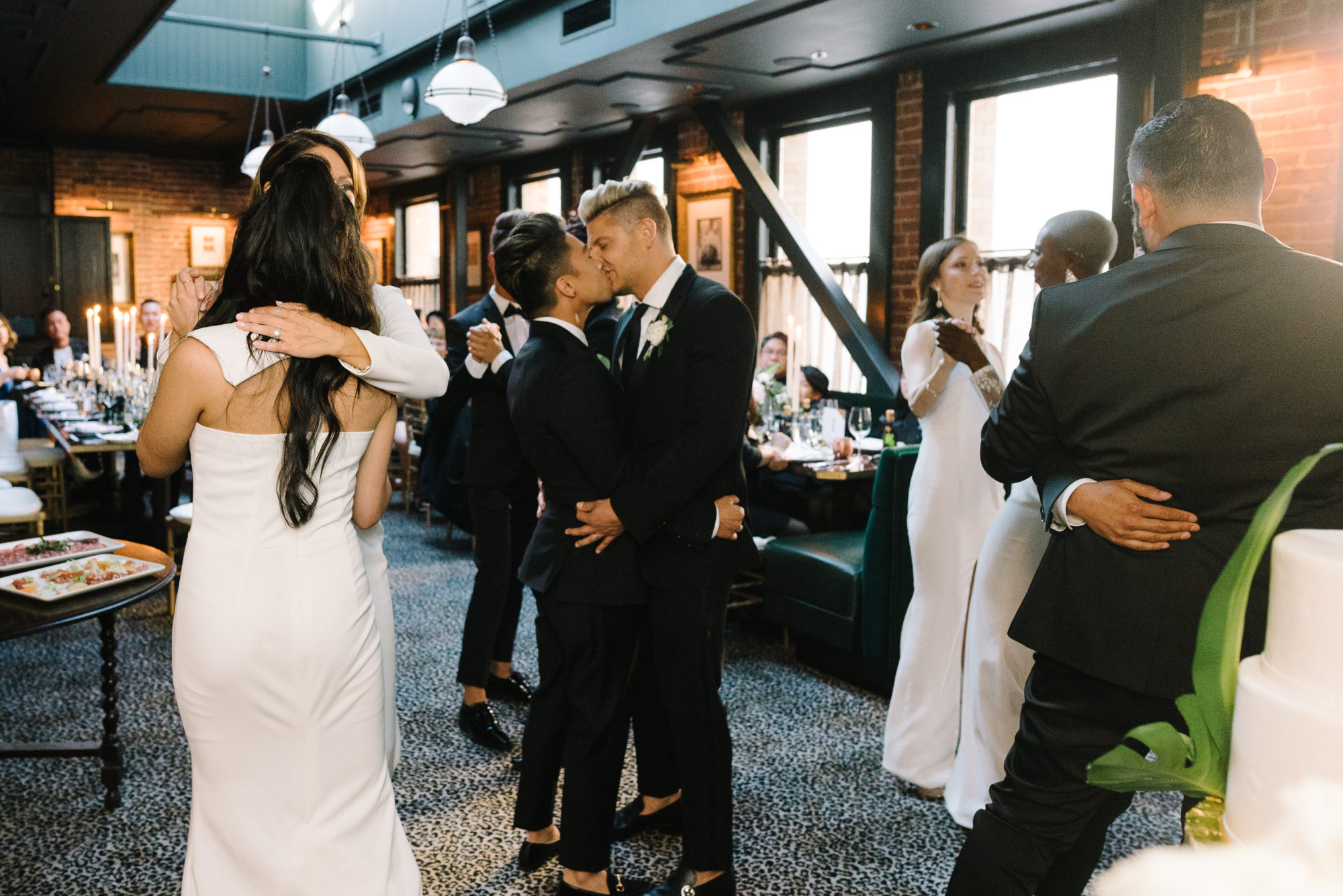 And what would a wedding be without cake? 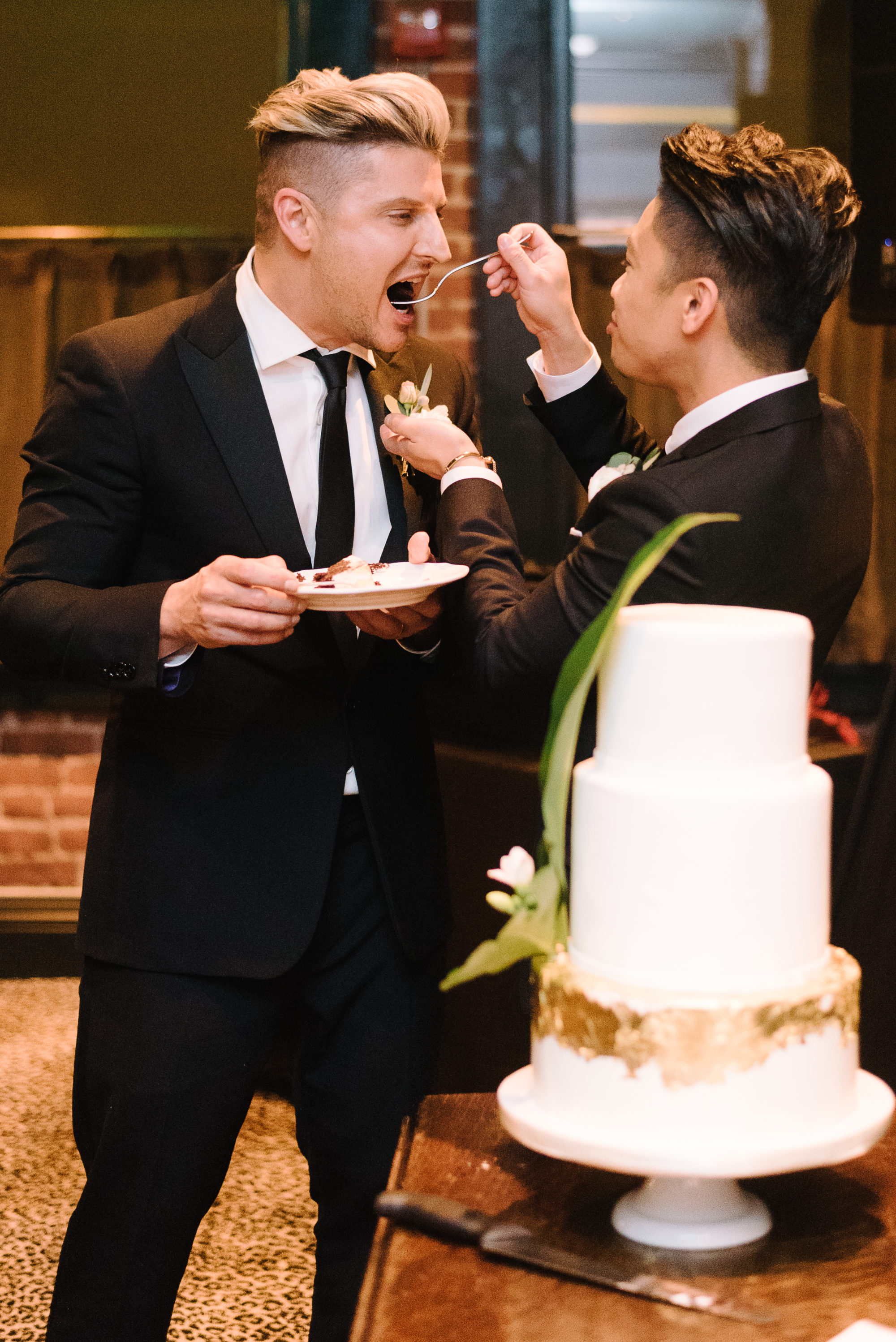