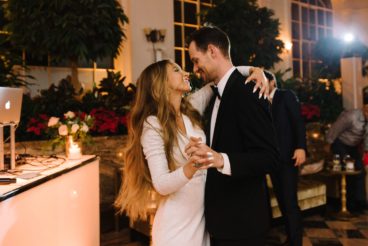 Evelyn Salvarinas met Sam James at his coffee shop on Harbord nearly a decade ago. She was studying art history at the University of Toronto, and would stop by multiple times a day for some espresso and casual conversation. “There was always a cute rapport between us, but I never really thought anything of it,” she says. She moved to New York City five years ago to pursue her master’s at Sotheby’s Institute, and it wasn’t until a year later that Sam got in touch and asked her to hang out. He flew to New York, and took her on a private tour of the Judd Foundation. They started a long-distance relationship, and he proposed in Greece in September of 2016, while they were on holiday with her parents. “It was a big surprise,” says Evelyn. “We were walking down to the ocean to go kayaking, and about halfway down he stopped and pulled out a ring out of his trunks.”

Evelyn moved back to Toronto a few months later, launched her aura-reading business and started planning their ultimate celebration—one that was small enough to feel intimate but large enough to appease her massive Greek family. They checked out the ROM and the AGO before landing on Casa Loma. They loved that each room was steeped in history, and that there were various unique spaces for different parts of the evening. Though they initially planned on a fall wedding, Casa Loma had December available, and they quickly fell in love with the idea of a wintry, candlelit celebration. “I kept thinking Christmas in a castle,” says Evelyn of the aesthetic direction. “I wanted it to be warm, with deep tones that kind of hugged you and a lot of flowers.” Since the castle goes all-out on its own holiday decorations, the festive vibes were appropriately over the top.

They had their rehearsal dinner at the Four Seasons, and Evelyn stayed overnight with her bridesmaids. They got ready there the next morning: 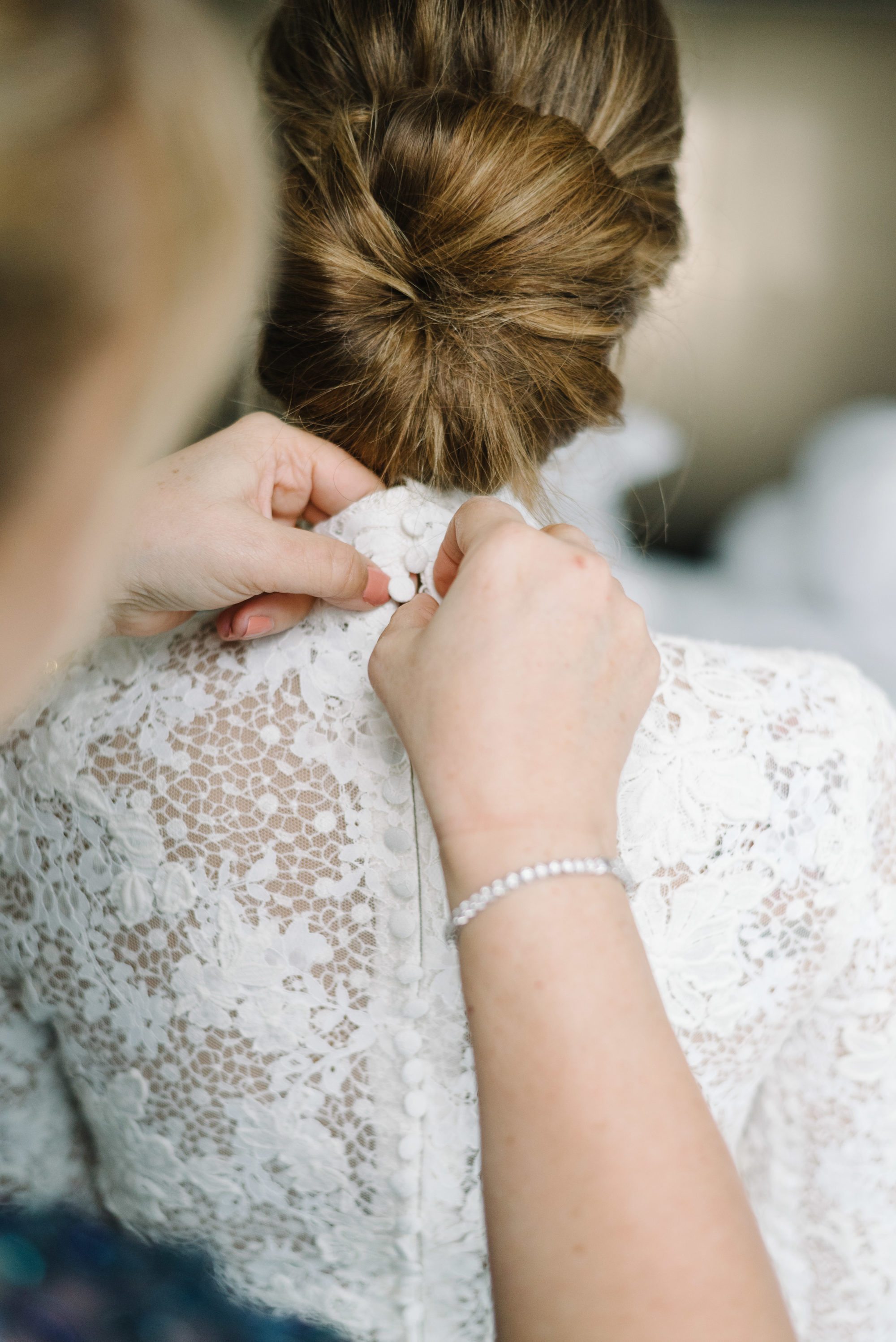 They met up at Casa Loma for a first look and photos. “It was nice to see Sam before,” says Evelyn. “I wondered if it would ruin the tradition, but it was actually really comforting.” 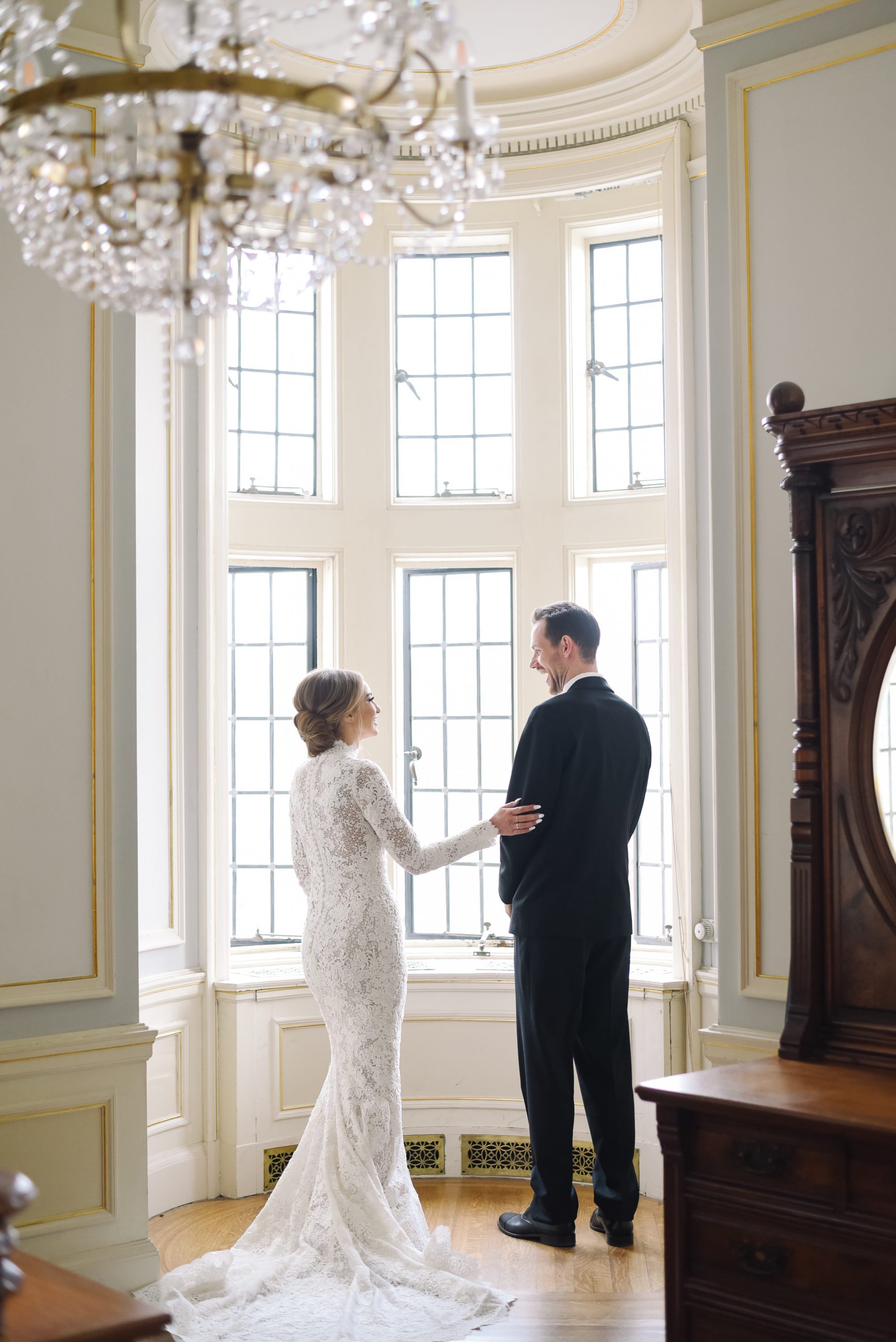 “I never thought I’d wear a turtleneck dress with long-sleeves to my wedding,” says Evelyn of her gown by Spanish designer Pronovias. “But the more I saw it in photos, and the more I tried it on, the more obsessed I became.” She wore earrings her mother bought nearly 50 years ago, as well as gold jewellery that her mother received on her wedding day. Her bridesmaids wore red velvet Diane Von Furstenberg dresses: 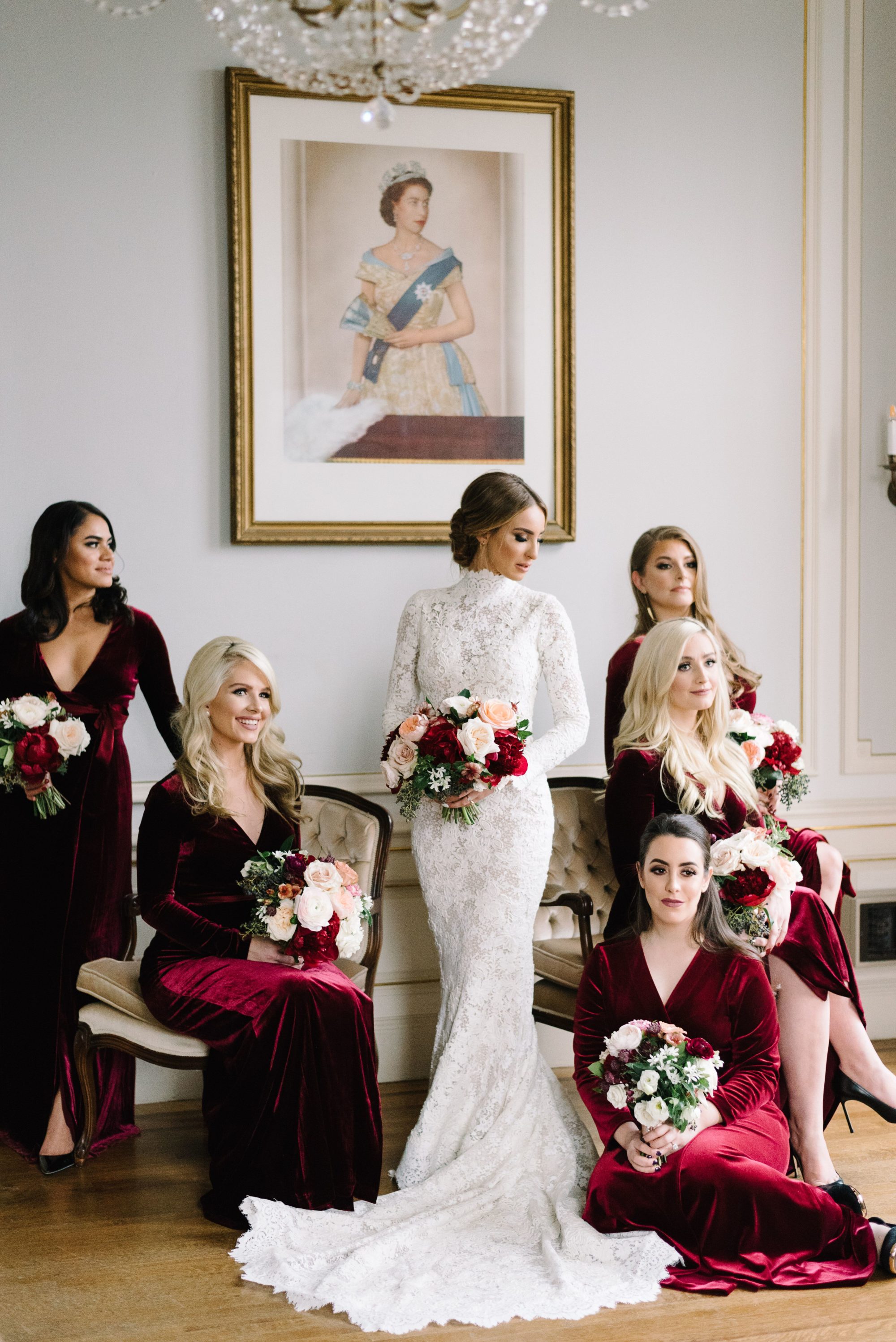 Their favourite part of Casa Loma was the conservatory. “It’s such a gorgeous place to get married,” says Evelyn. Her family is Greek, so they incorporated the “Stefana” into the ceremony, a custom that involves placing flower crowns on the couples’ heads. “It was important to include at least one aspect from a Greek Orthodox ceremony in the proceedings,” says Evelyn. 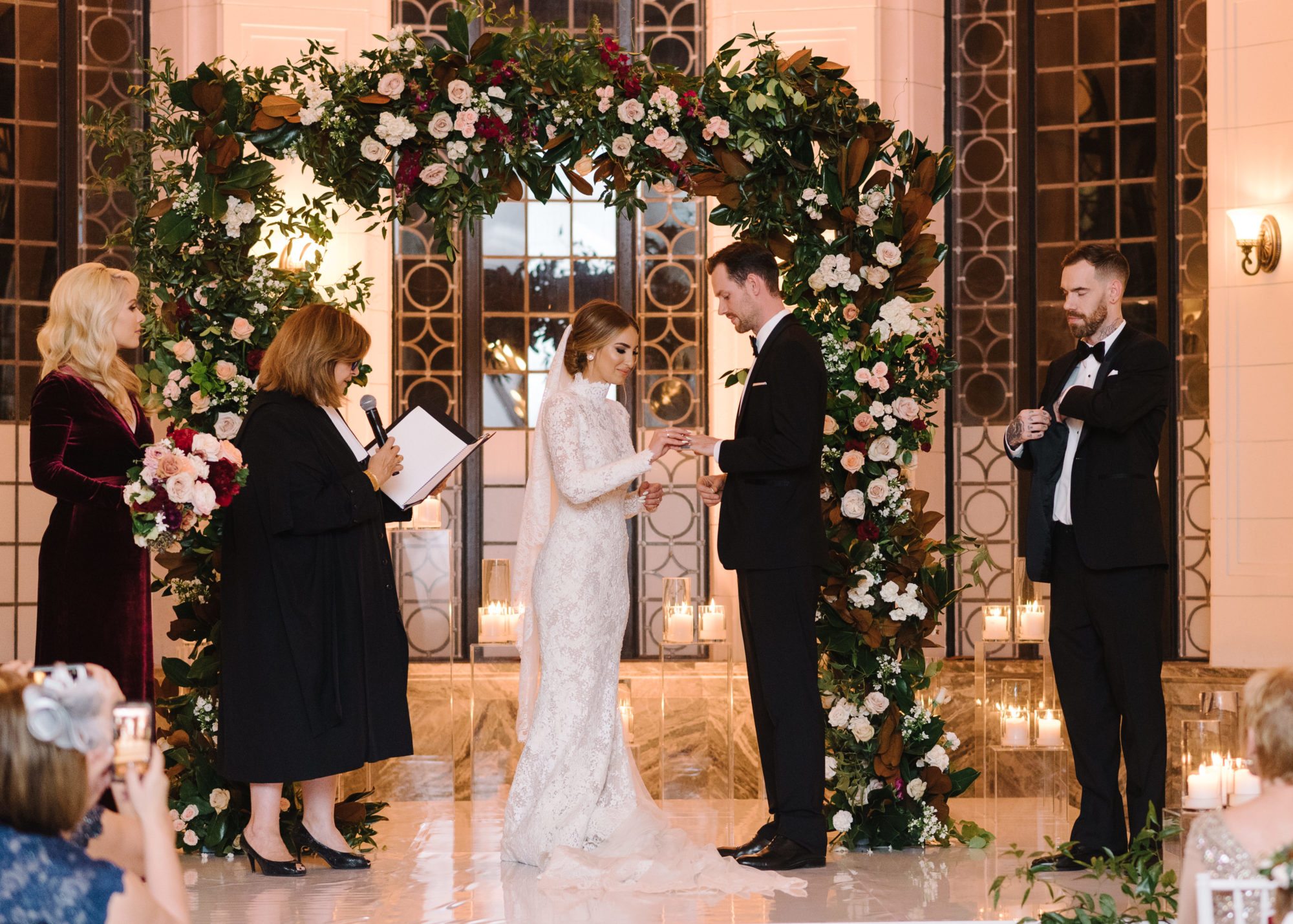 They had Evelyn’s father’s cousin, Supreme Court of Canada judge Andromache Karakatsanis, marry them in a straightforward ceremony. She threw in a joke: “This is the first time I’ve been in front of two parties that agree.” Sam wore his grandfather’s wedding band. 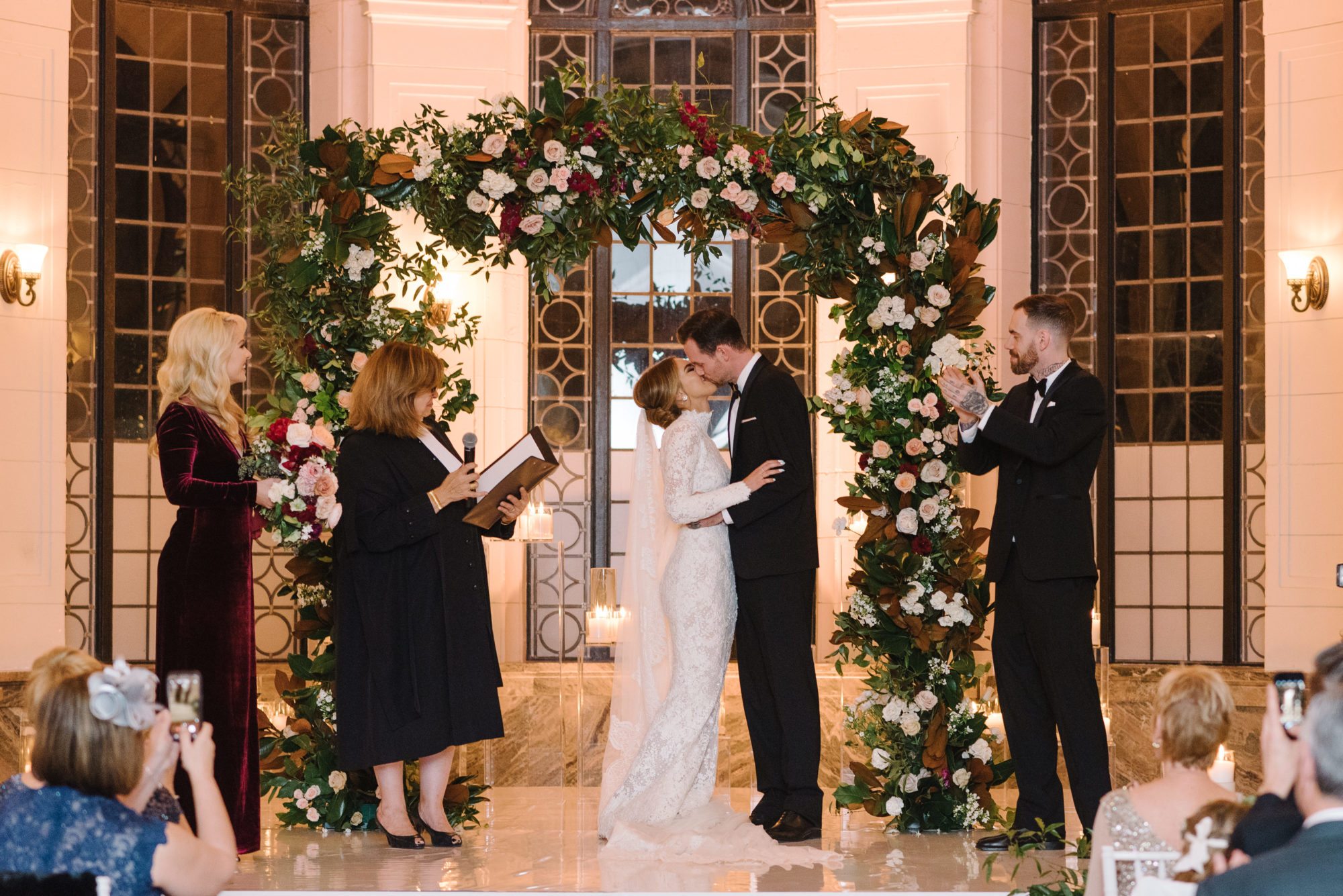 Drinks were served in the Great Hall, where guests drank a cocktail called The Sugar Shack. It was invented by Evelyn’s friend in New York, and contains bourbon, maple syrup, apple cider and cinnamon. “I had one in New York and my first thought was, ‘I have to drink this at my wedding,’” says Evelyn. 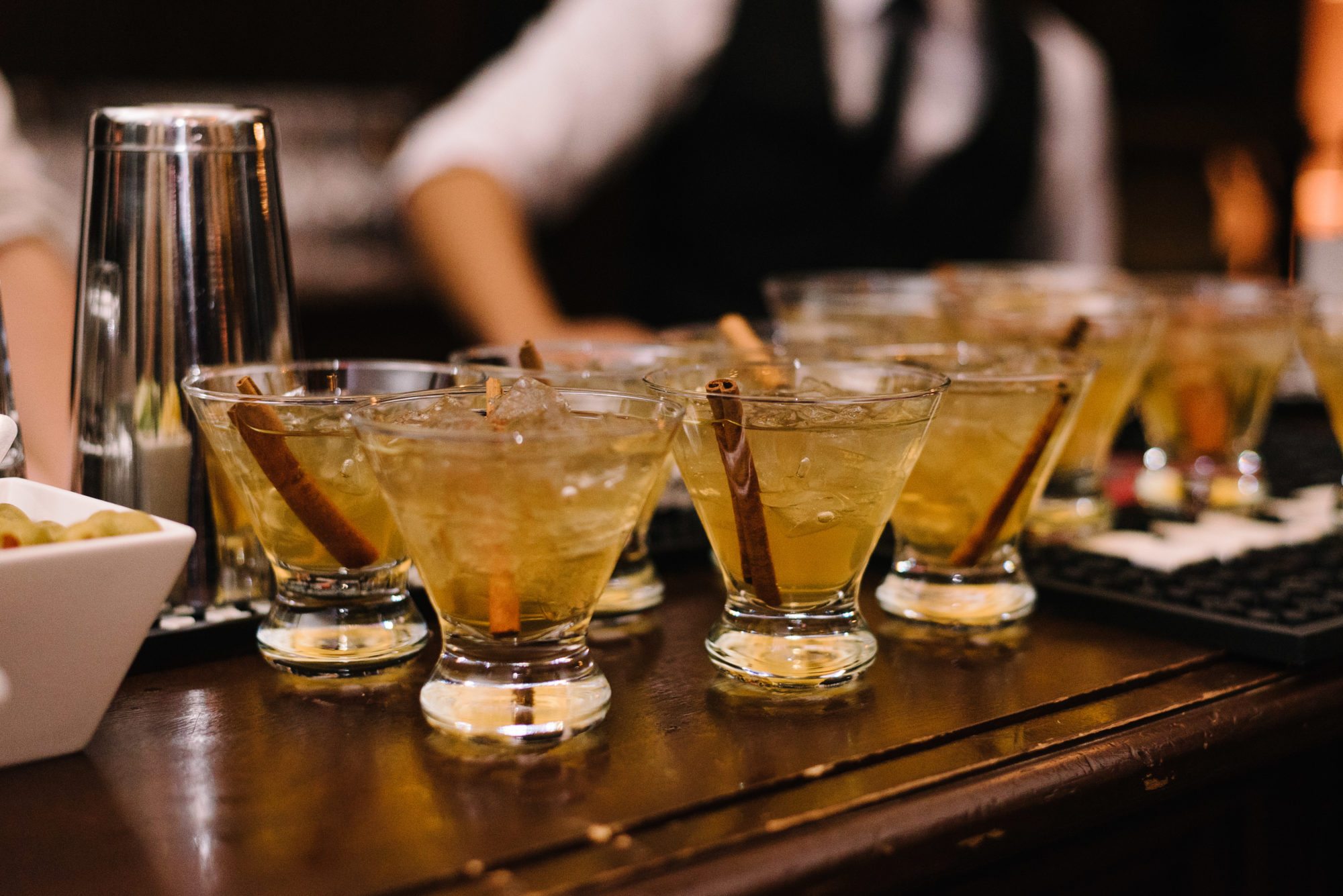 Dinner was in the wood-panelled library. 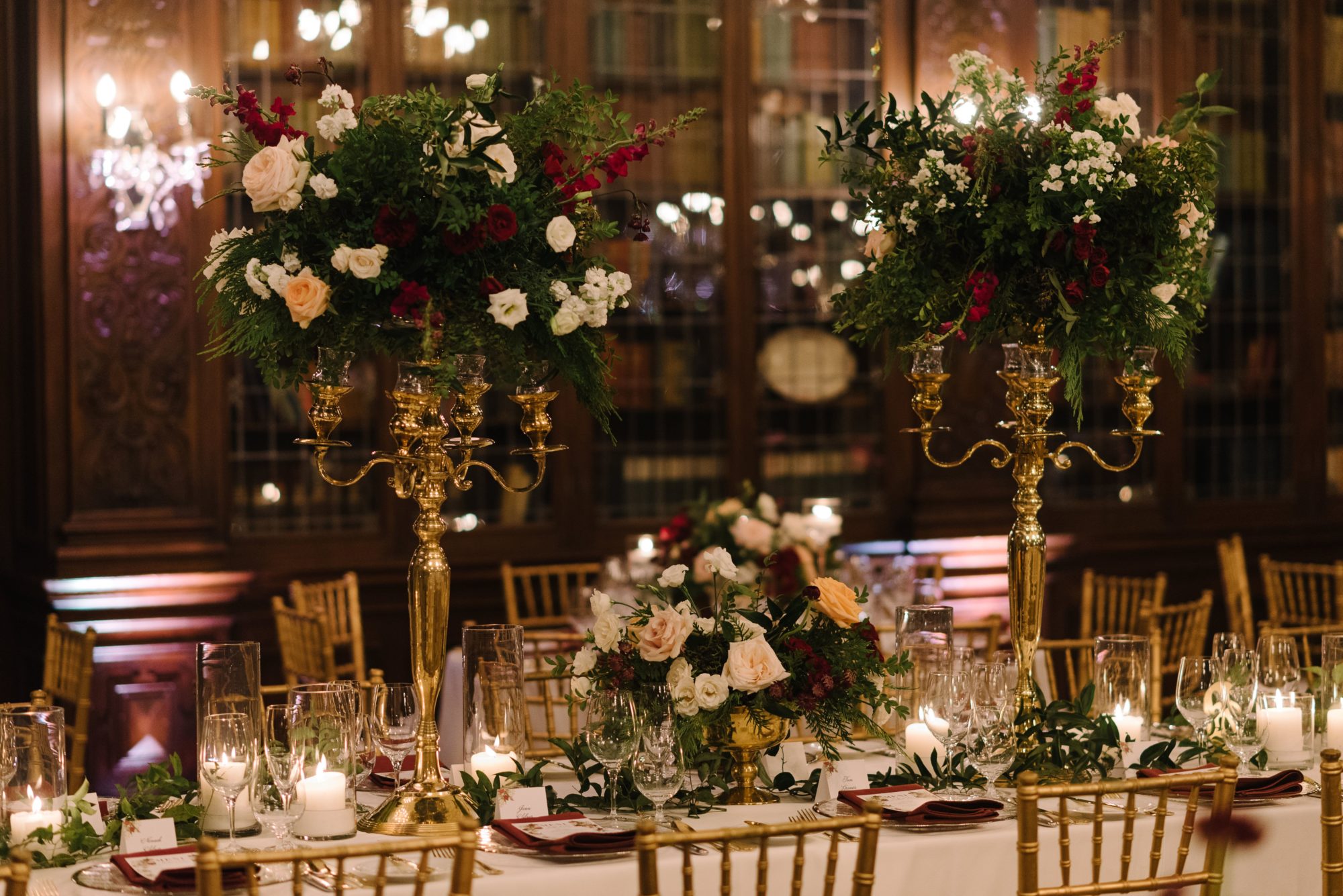 They weren’t too particular about the food, and settled on dishes based on what would be most popular for a crowd. Guests had a choice of beef tenderloin or Cornish hen for the main course. (Sam James coffee was served after dinner, of course.) 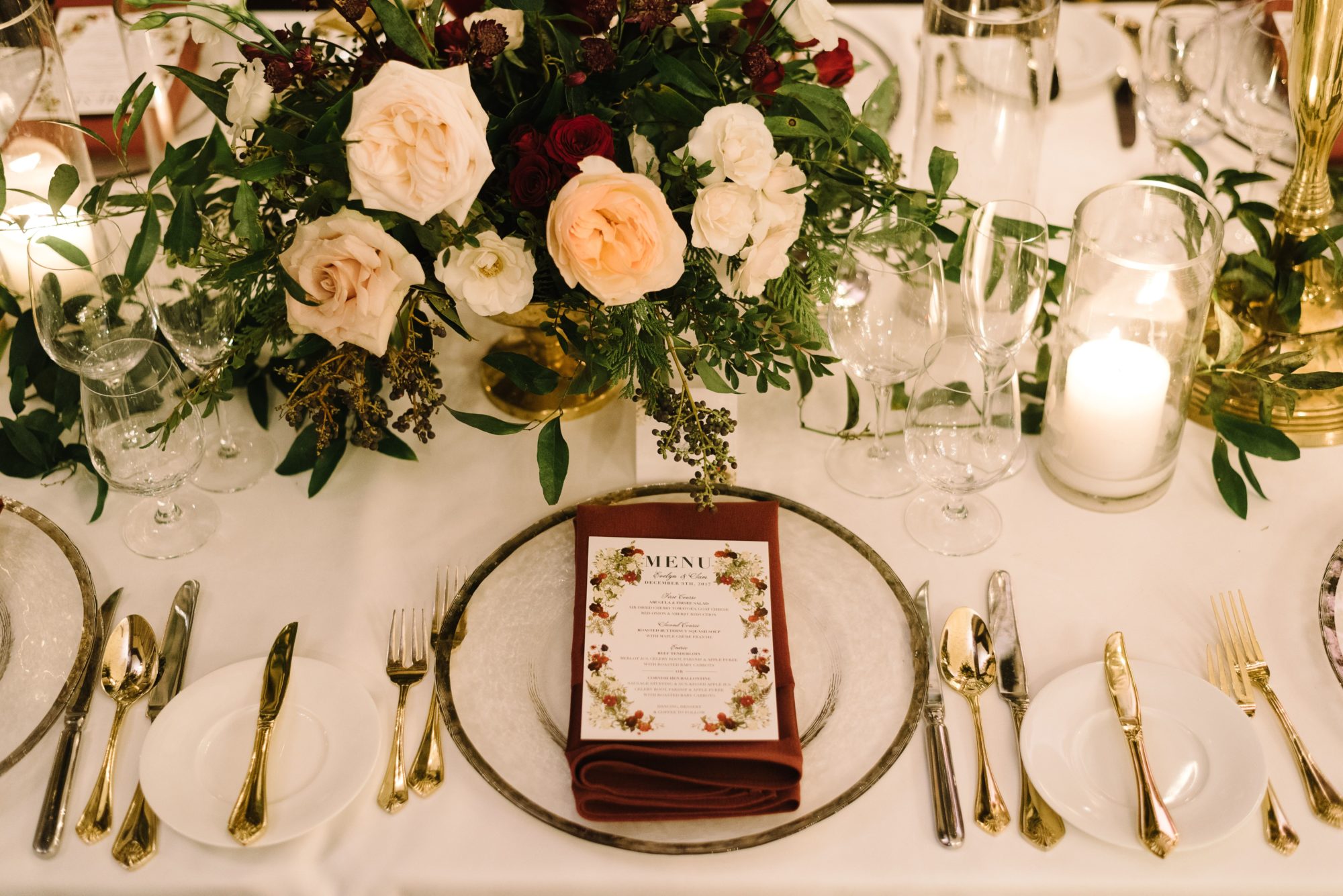 Sam’s mom, Ellen, baked the cake. “She makes the best Christmas cake that anyone has ever tasted,” says Evelyn. It was decorated by Lindsey Gazel, who bakes the cookies often found in Sam’s shops: 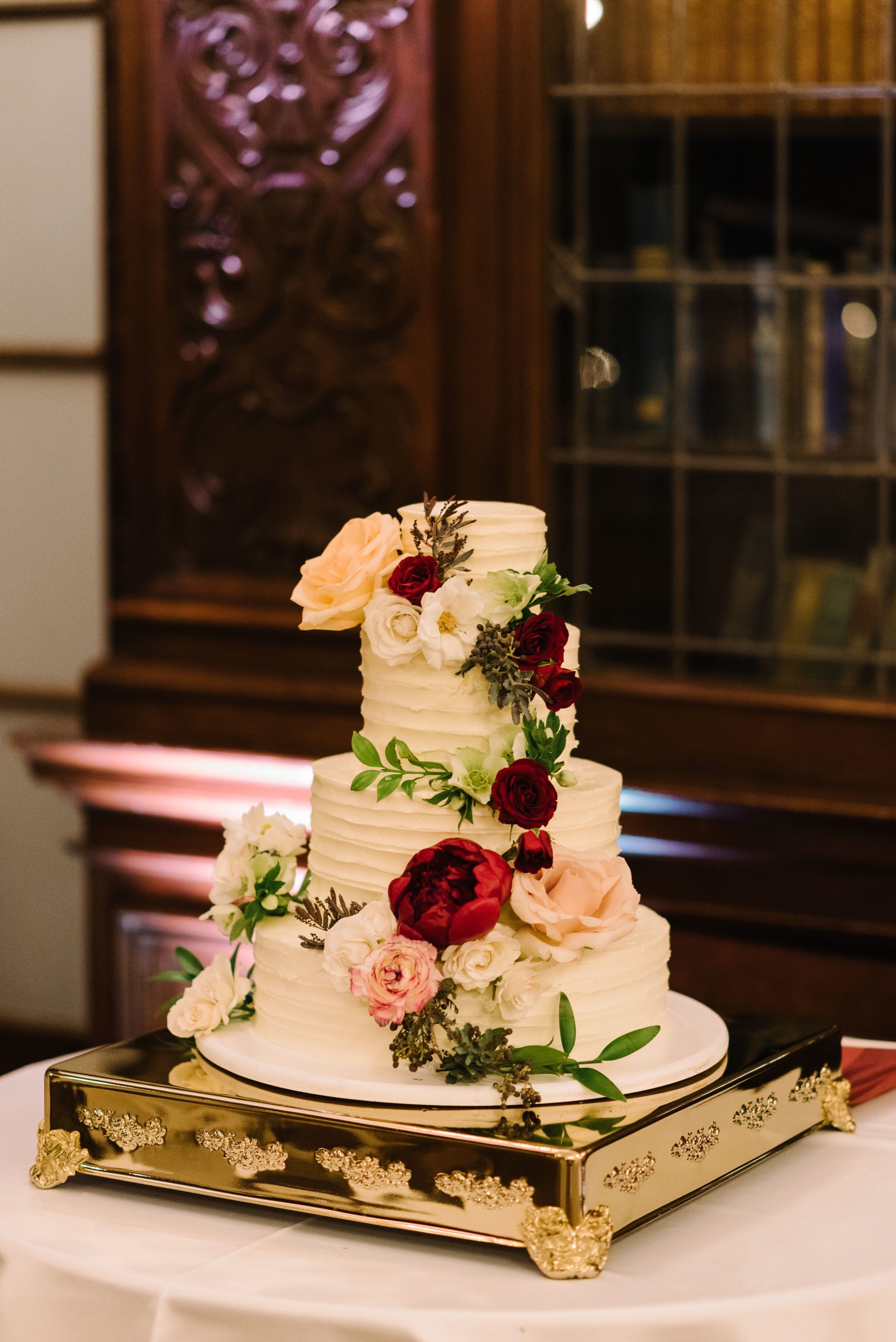 There were also Glory Hole doughnuts for dessert: 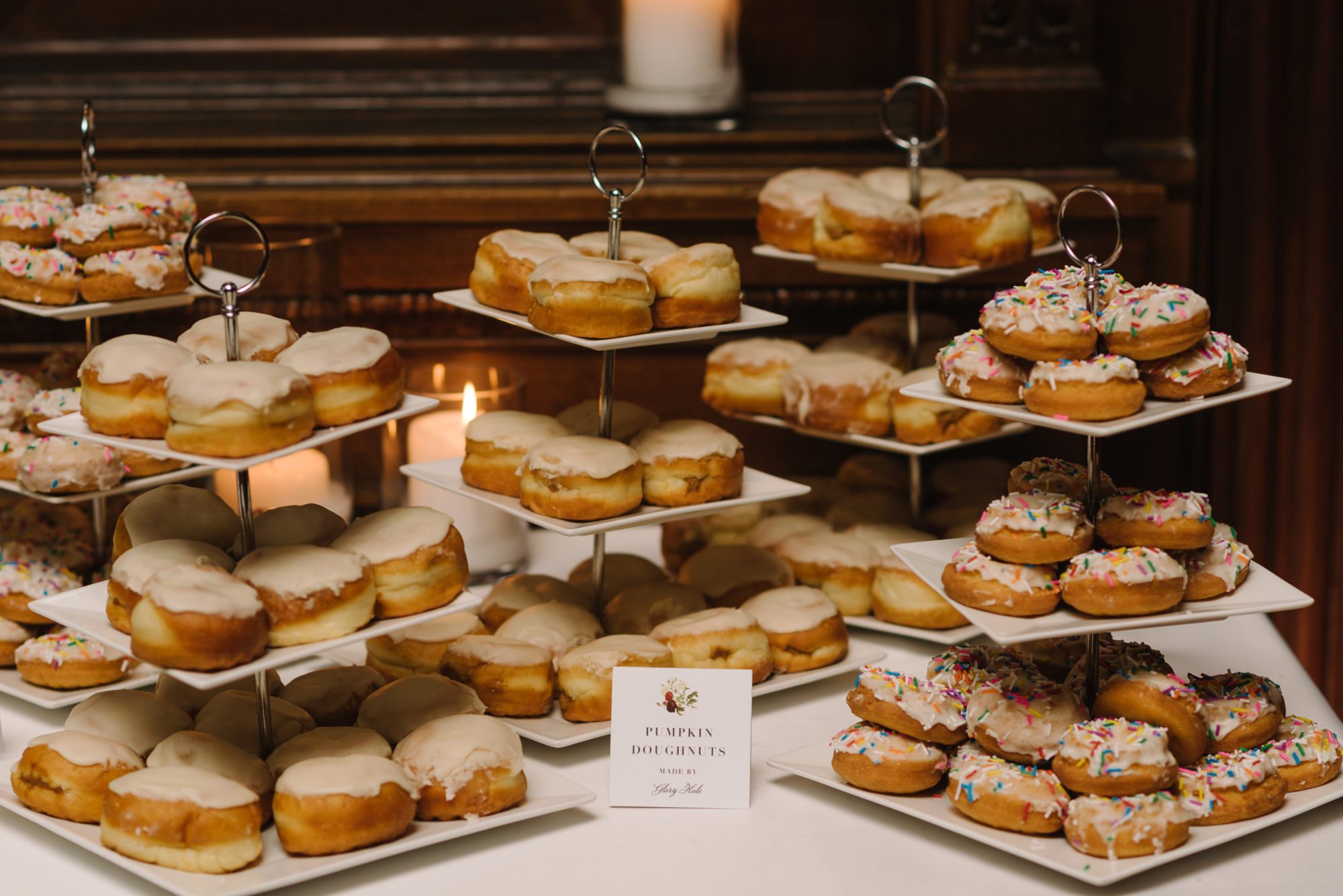 Their first dance was to “So Into You” by Tamia. “The band played their own version of it, which was kind of jazzy,” says Evelyn. 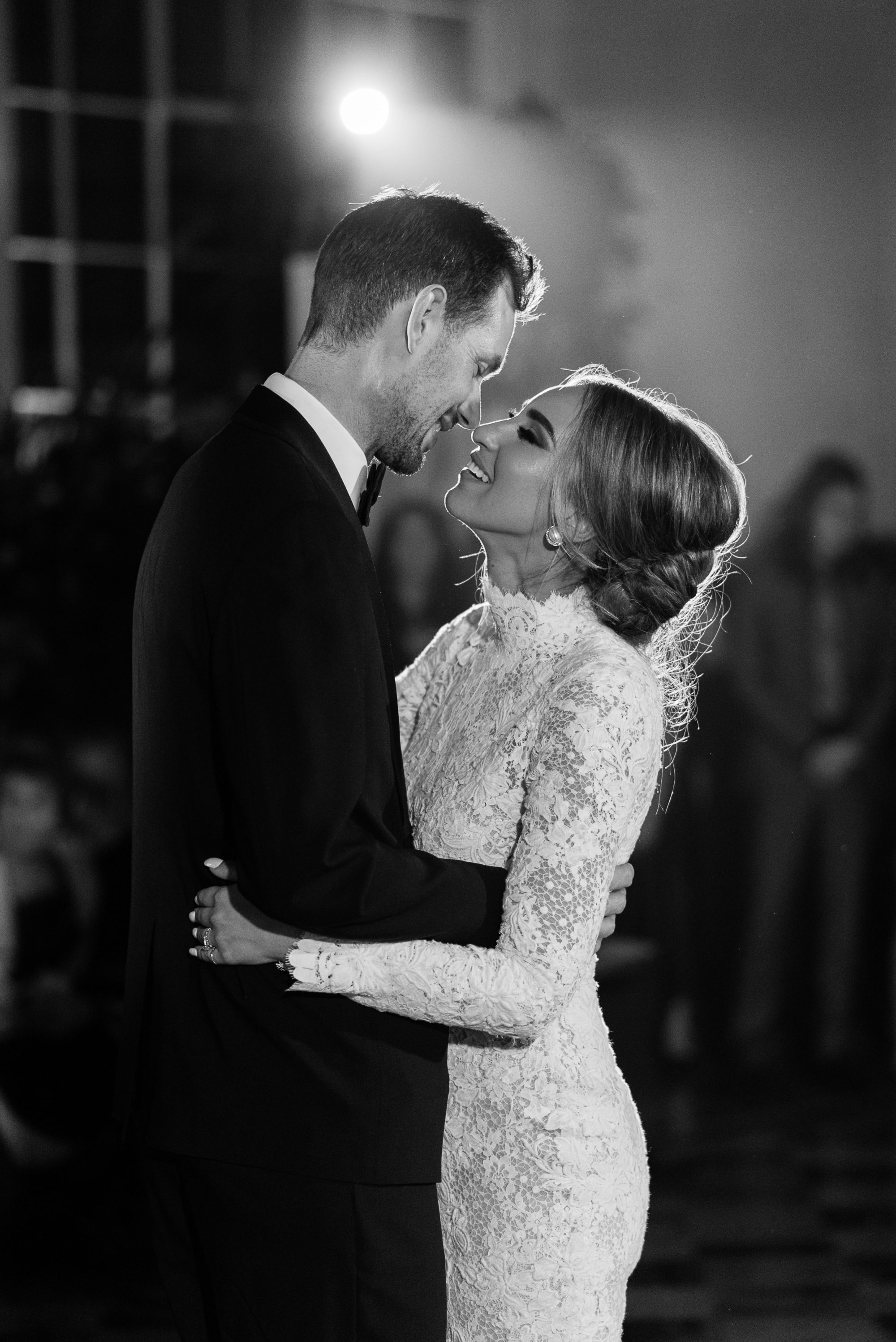 Evelyn chose the band’s set list. “I’m kind of a freak about that,” she admits. She selected a lot of romantic songs from the 1960s, some Motown and 1990s R&B. 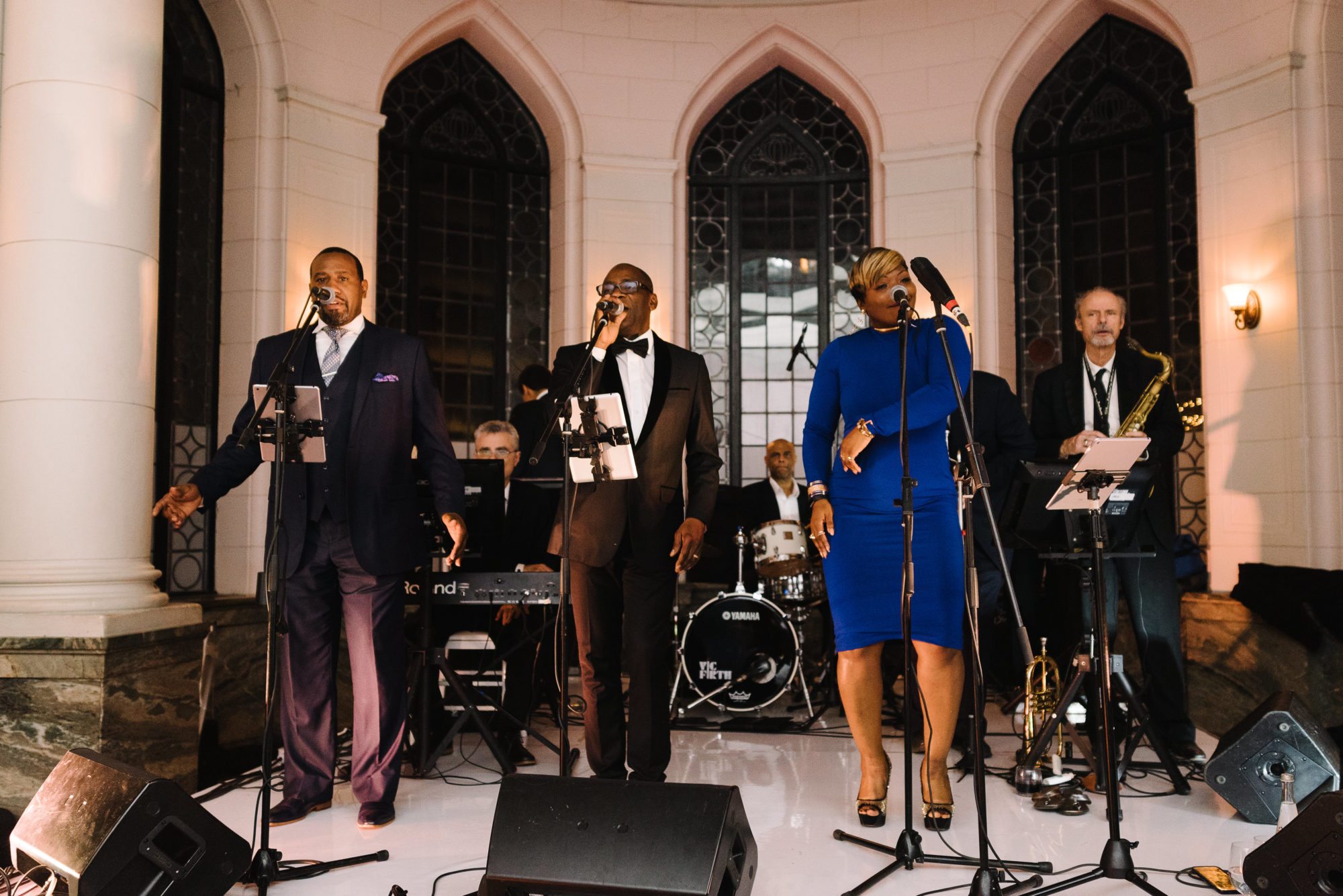 They had Karim Olen Ash deejay the rest of the reception: 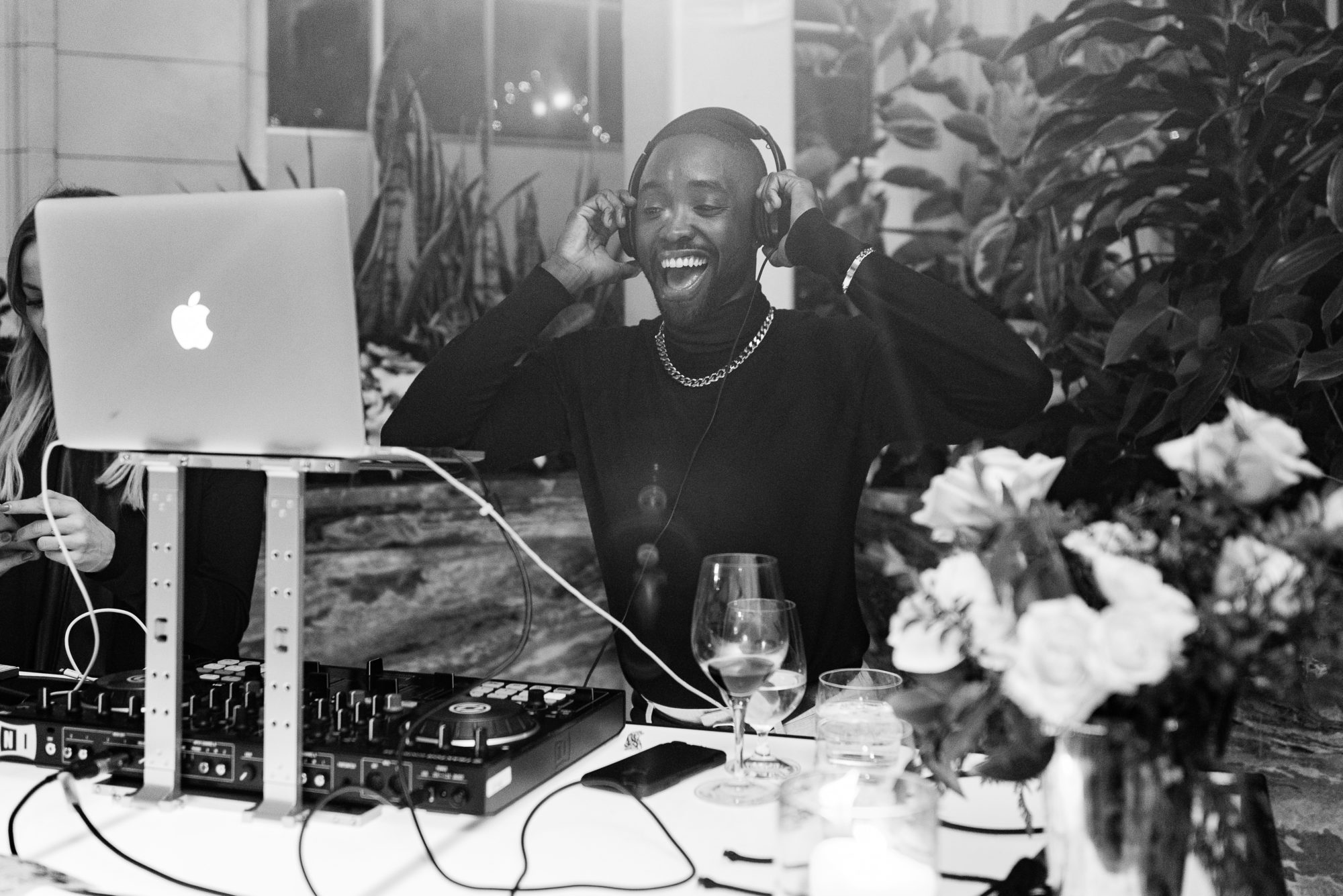 There was lots of traditional Greek dancing: 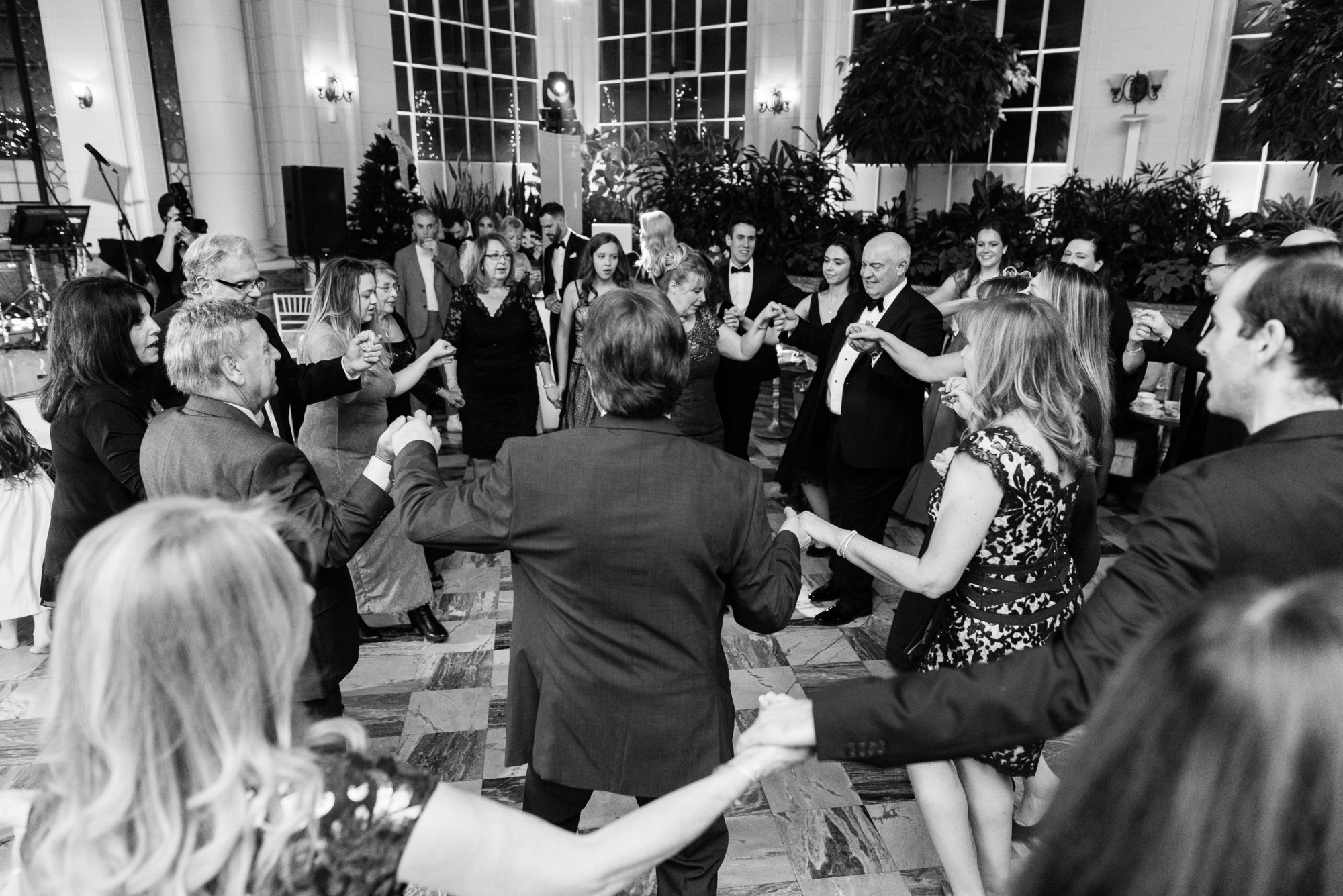 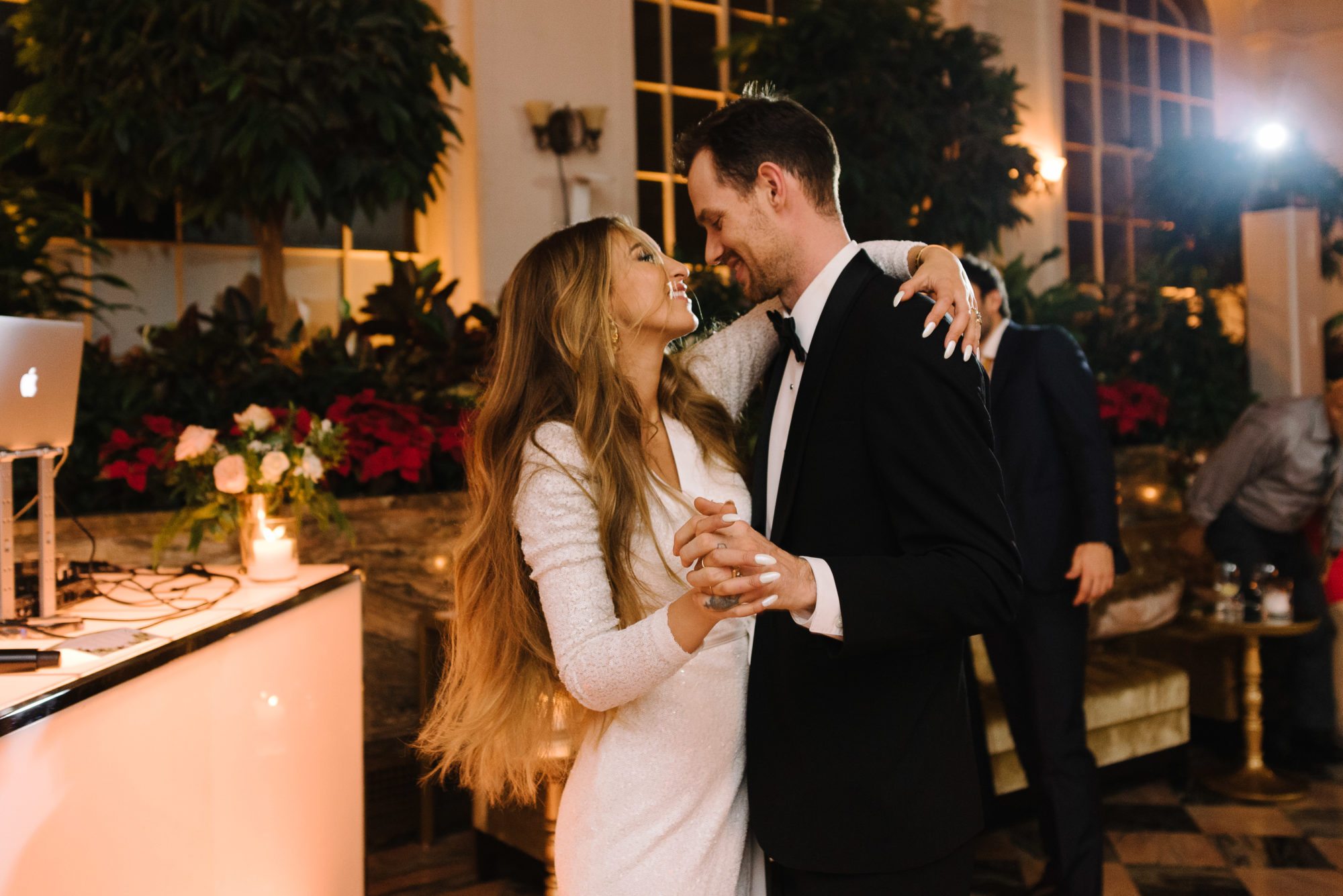 At the end of the night, guests feasted on a McDonald’s buffet: 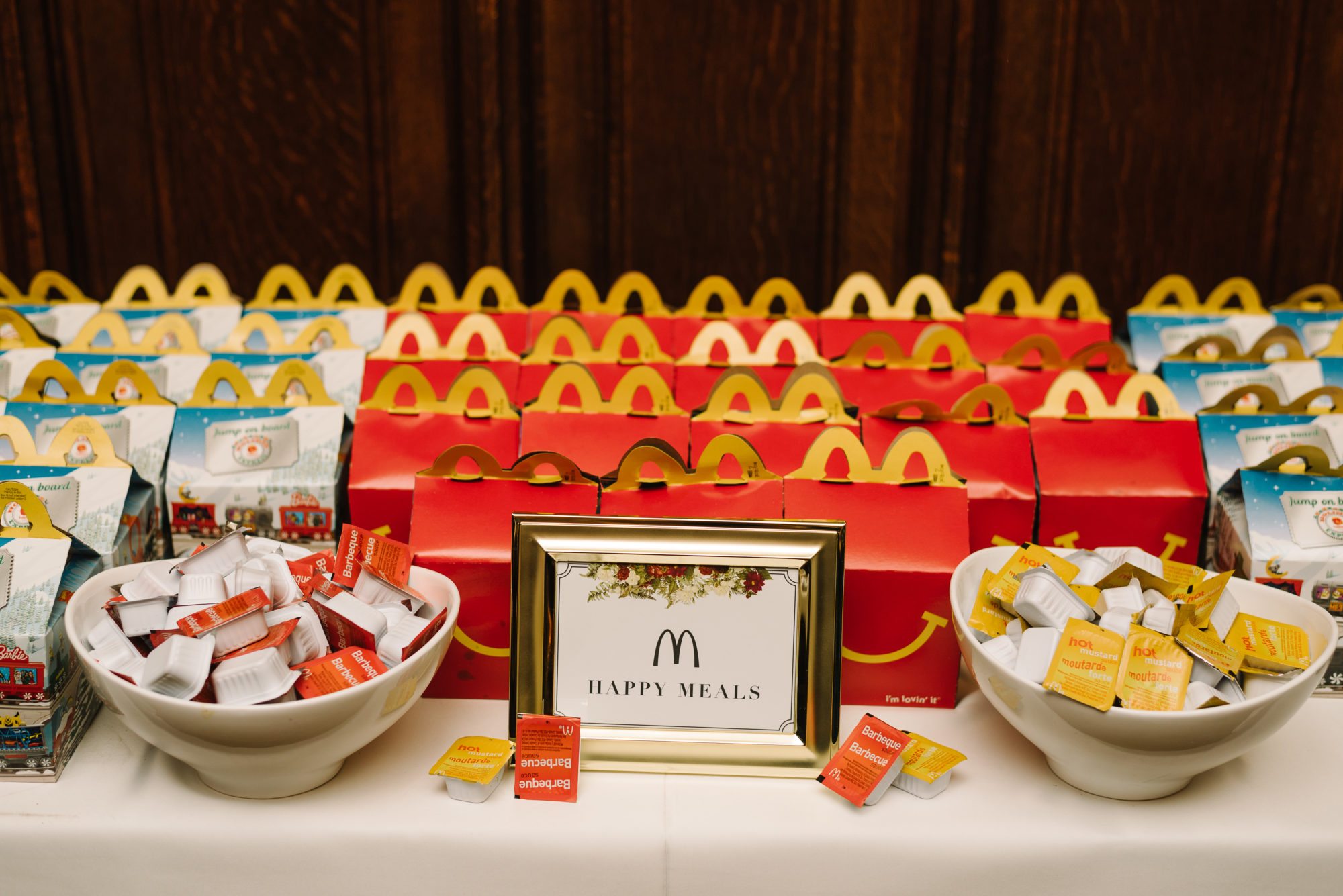 And, of course, there were plenty of wedding selfies: 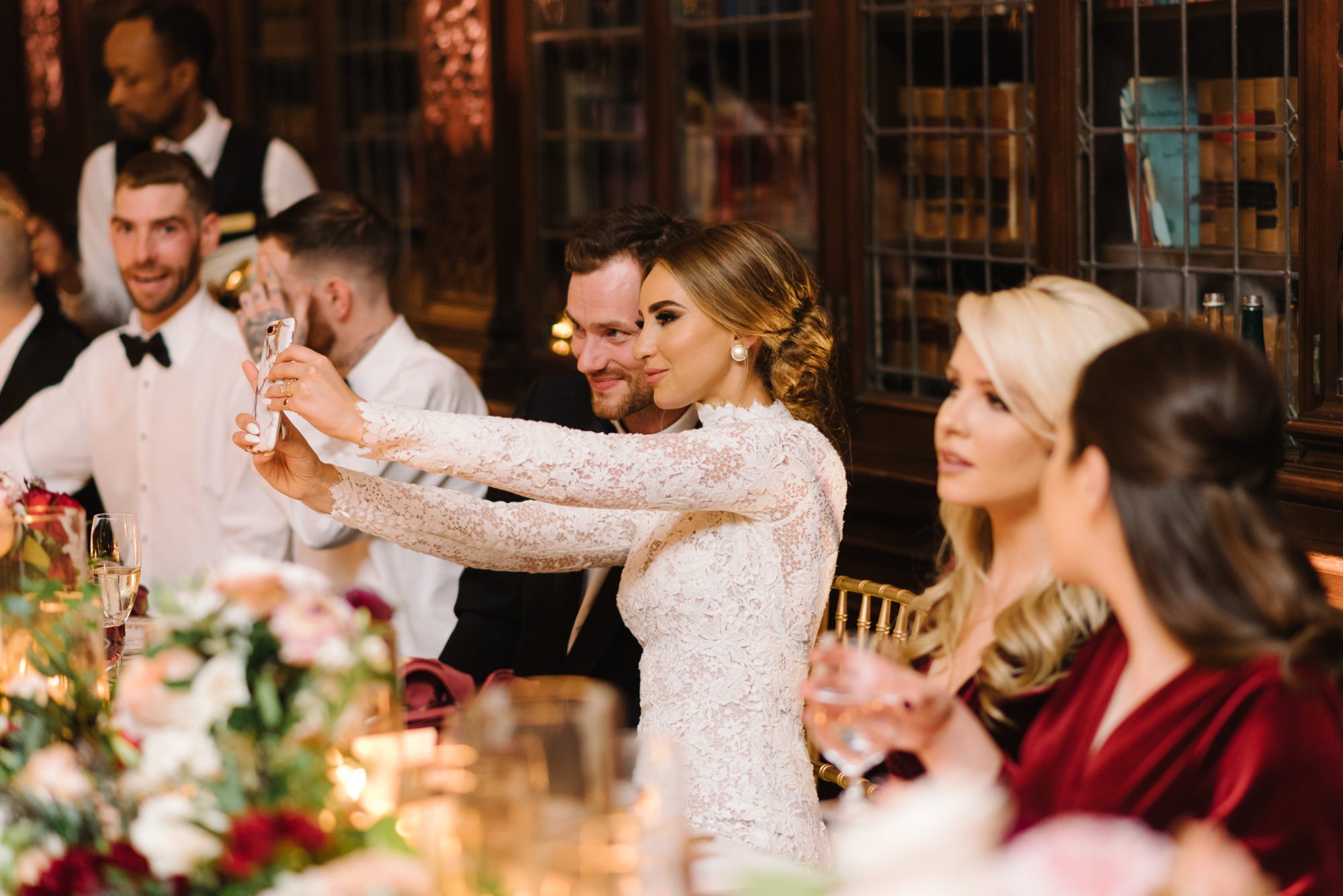