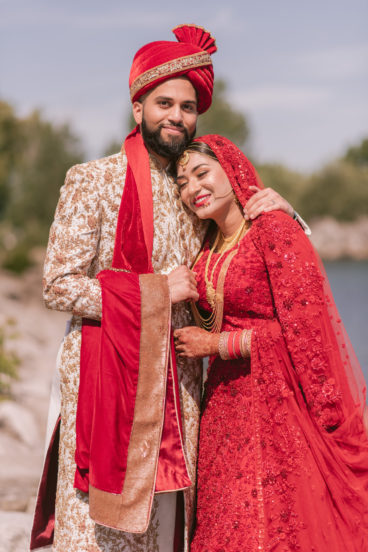 Malaika Pervez, a political science major at York University, and Faraz Hussaini, a first-year law student at Windsor, were going to make it official at an 1,000-person, multi-event celebration in August. Instead, they hosted a drive-through wedding at Brampton’s Pearson Convention Centre. Family and friends joined in virtually, while 570 of their nearest and dearest came to congratulate the couple (from a safe distance, of course). By midnight, all the cars had come and gone, and the families gathered for the rukhsati, an intimate send-off. Here’s how it all came together.

Faraz: We met when we were both in third year at York studying political science. She asked me to attend a law seminar with her, and I knew right off the bat that she liked me.

Malaika: We were friends and the seminar was purely educational. He spoke to me first in a Tim Hortons line at school.

Faraz: In the early days, we just hung out at school. There were no traditional dates. We’re Muslim—my family’s Indian, her family’s Pakistani—so we don’t typically do the whole relationship thing.

Malaika: We spent time stressing about finishing school and studying for the LSAT. Faraz valued our educational goals, and we worked together to reach them. It’s easy to see a future with someone like that. Eventually, we introduced our families to each other and decided that we wanted to get married. 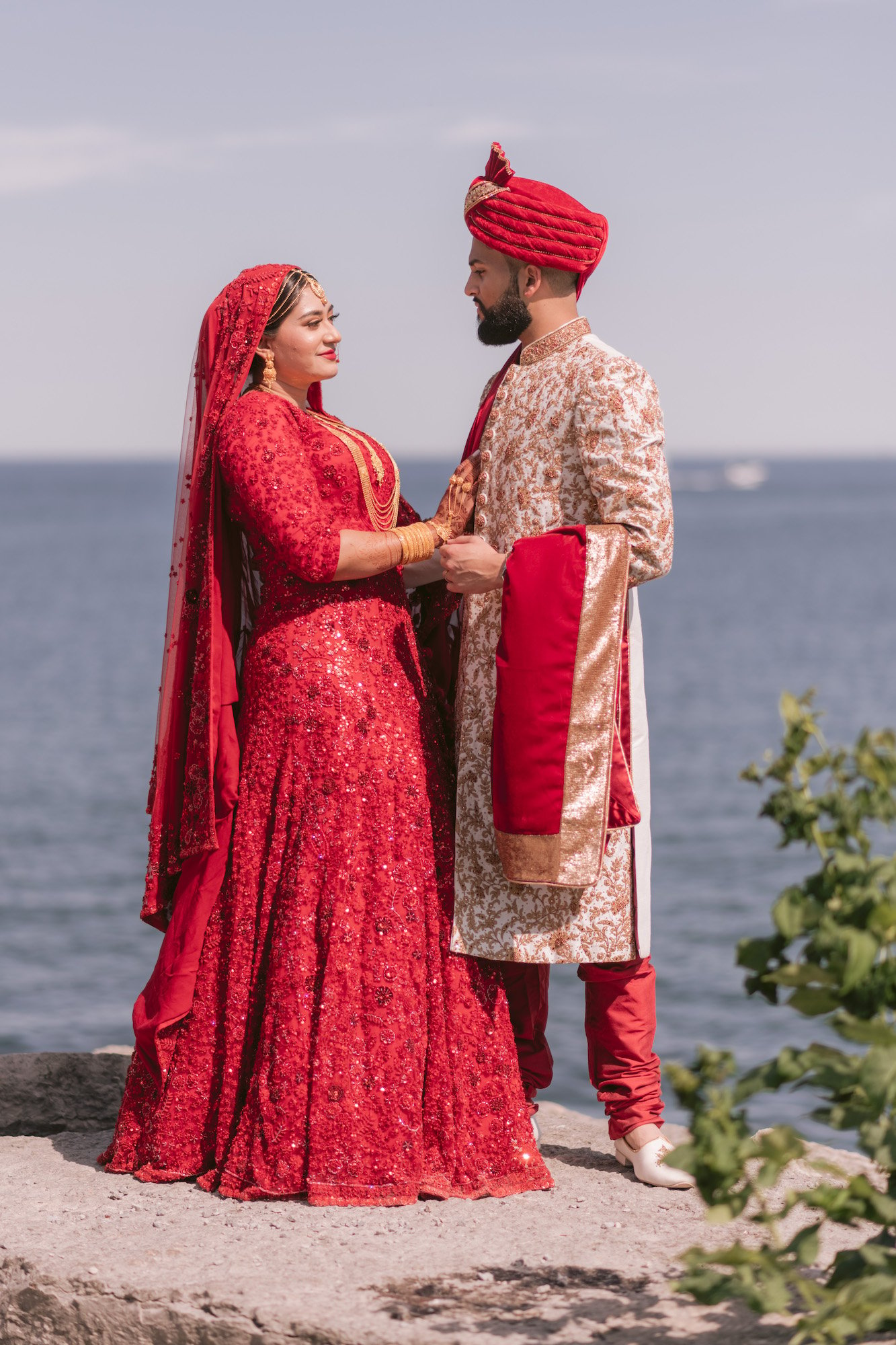 Faraz: There were two proposals. The first was a discussion with our families in August 2019, which is traditional. We mostly talked about how we would take care of ourselves, since we’re both still in school. But I didn’t just want to do the traditional thing, I also wanted to give her a ring.

Malaika: I had said in passing that I was sad that there wasn’t going to be a proper proposal. Then, one week later, Faraz brought me to the Allan I. Carswell observatory at York, where there’s a huge telescope. I had no idea what was going on. We watched a star show together and as we were leaving, he kneeled down and proposed with a ring.

Faraz: When we got engaged, we set our wedding date for August 7, 2020. When the pandemic hit in March, we were optimistic and tried to hold out as long as we could for the original date. Finally, in June we re-evaluated and moved our date up to July 4. Cases were on a downward trajectory at the time and the maximum gathering size was about to be increased. We didn’t know if the situation would be better or worse by August.

Malaika: Our wedding was supposed to be this intense, crazy event with over 1,000 people at the Pearson Convention Centre. Faraz and I had originally wanted a smaller, more intimate wedding, but when we thought it was just going to be our families in a backyard, I was a little sad. I wanted a small wedding, but not that small. After our mosque did a drive-through celebration for Eid, my dad—who did most of the planning for our original wedding—came up with the idea of a drive-through wedding. I didn’t help with the planning at all. All I had to do was show up and look cute. My dad took care of everything, even getting the wedding approved by Toronto Public Health.

Faraz: Our families called everyone to let them know about the change in plans. Unfortunately, a lot of our extended family is in the U.S. and England, so they couldn’t join us. But we planned to livestream the event.

Malaika: My dad hired an animator to make a little video invitation, voiced by my little brother, that explained to our guests how the drive-through wedding would work.

Faraz: In the end, we had around three or four weeks to get everything else in order. But we were always concerned about Covid getting worse. I thought, What if all this goes to waste?

Malaika: I still didn’t have a dress a month before the wedding. Originally, I was going to get one custom-made, but the pandemic had shut down all the production sites. I ended up going to just about every Pakistani and Indian wedding boutique in the GTA because the dress I wanted was so specific. I was inspired by the dress Priyanka Chopra wore for her Indian ceremony: it was all red—instead of the traditional red and gold—and it looked like a ballgown, but was still traditional enough to make my family happy. After visiting more than 20 stores, I found the dress at Frontier Heritage in Brampton.

Faraz: We didn’t see each other for two weeks before the wedding.

Malaika: We wanted to make it special. Neither of us could sleep the night before.

Faraz: The day of the wedding we met at the Scarborough Bluffs for photos. I was awestruck by how she looked in her dress. 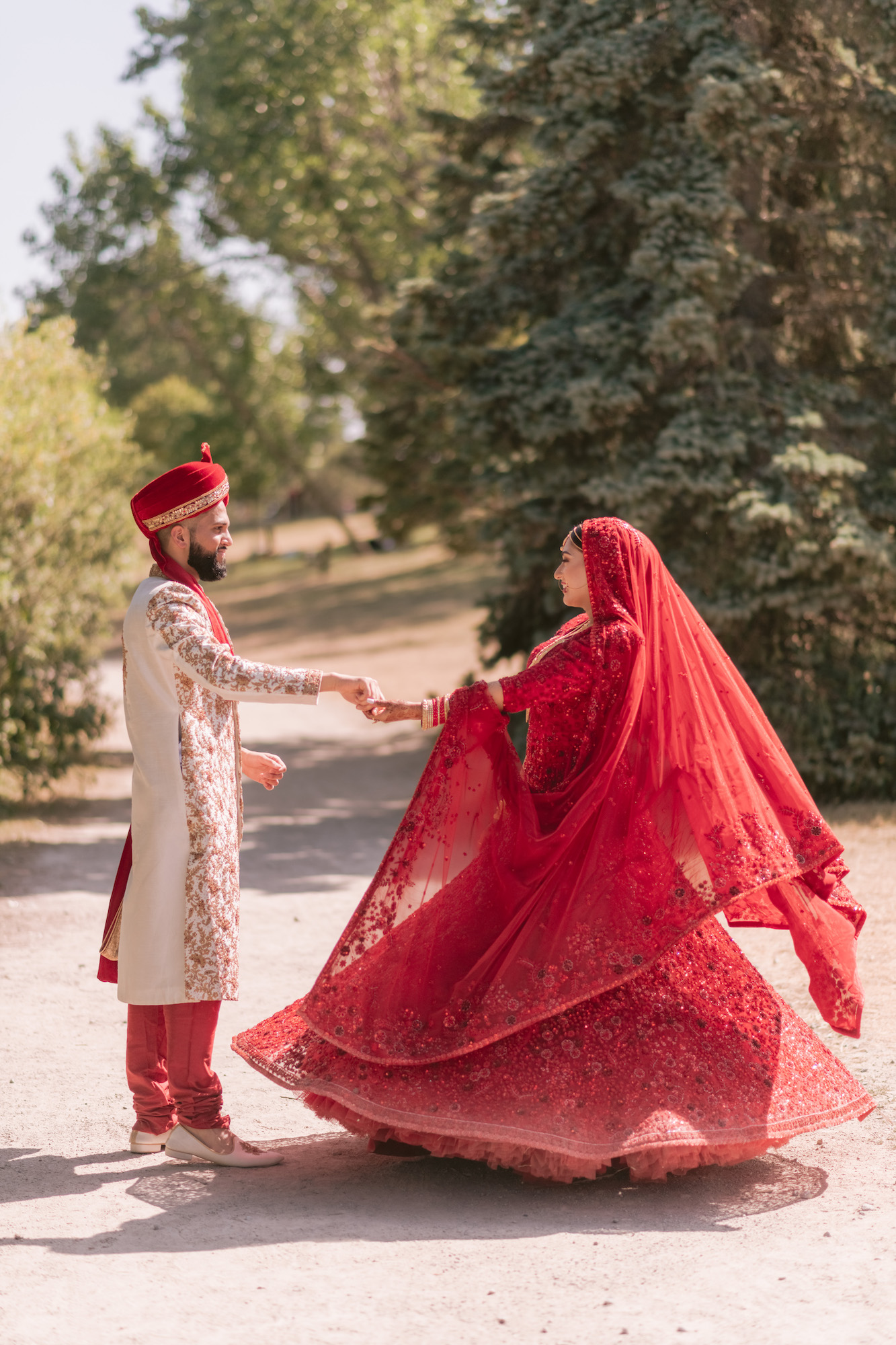 Malaika: As we were walking across the Bluffs, strangers clapped and cheered for us.

Faraz: We ended up taking a detour to McDonald’s before heading to the venue. She’s a fiend for fries.

Malaika: I hadn’t eaten for two days. I was so nervous before the wedding, I couldn’t keep food down, so by then I was starving.

Faraz: We didn’t end up eating a thing at the wedding, so I’m glad we stopped.

Malaika: It’s actually one of my favourite memories from the entire day: us in our full wedding outfits eating fries in a parking lot. 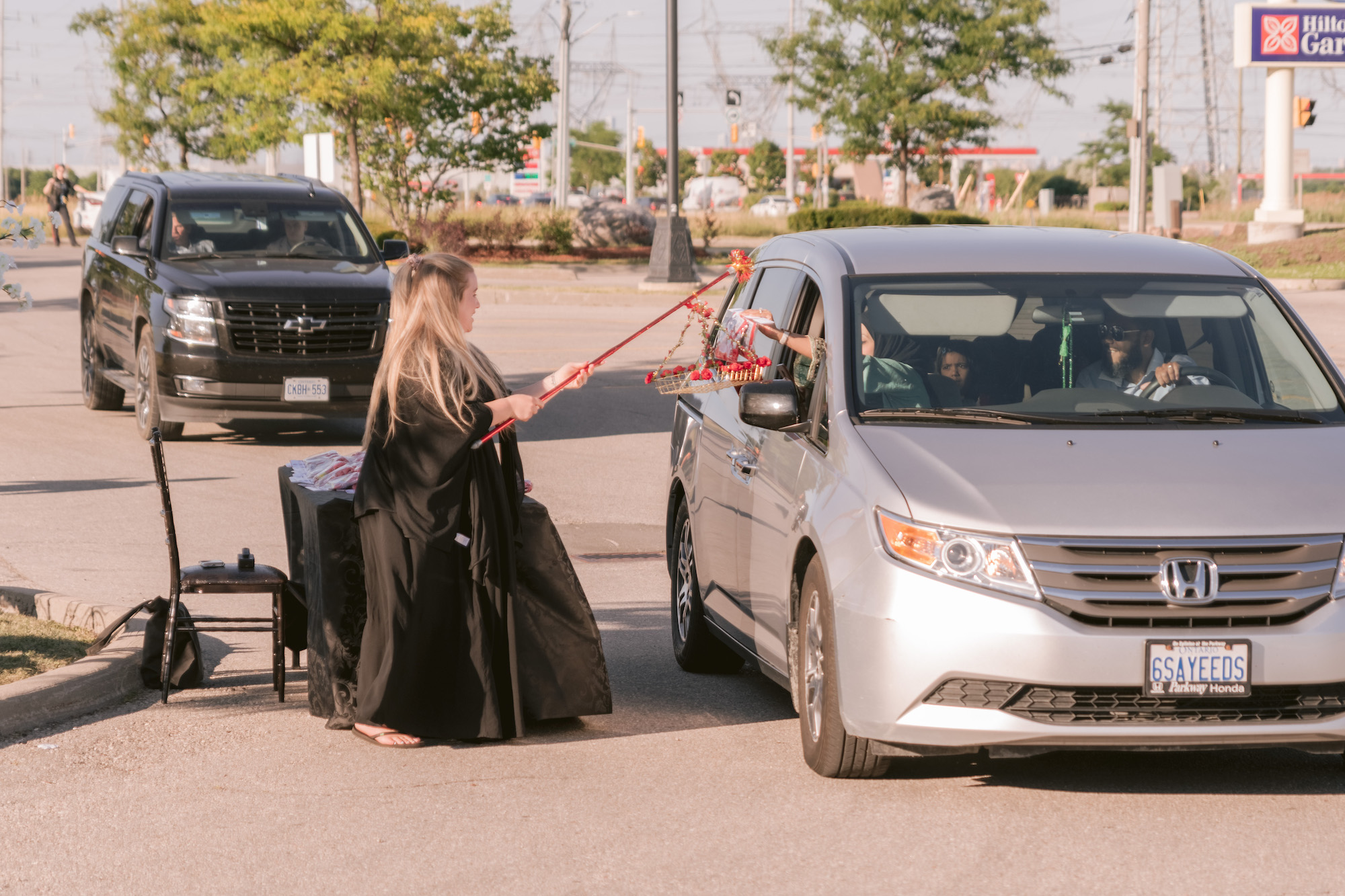 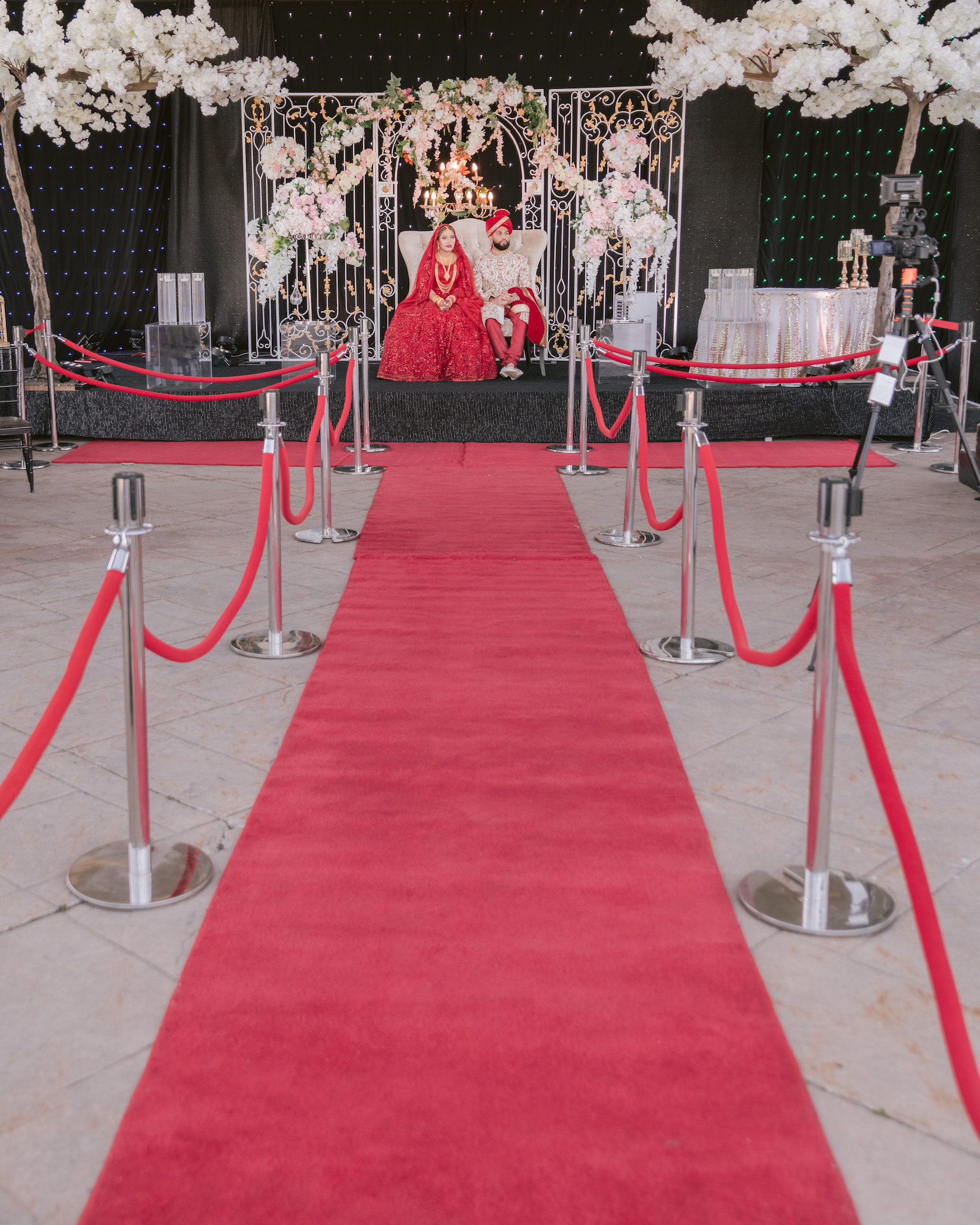 Faraz: When we arrived at the Pearson Convention Centre we didn’t have long to relax with our parents because a news crew had shown up to interview us. For the wedding, there was a red carpet, so people could walk up and take photos with us from a safe distance. We didn’t realize how many people would show up—some of my friends said they waited two hours for us.

Malaika: We knew kids would struggle with all the waiting, so we tried to keep it entertaining. Servers handed out goodie bags full of candy, we had an emcee who introduced everyone, and there was an amazing flute player who played a mix of Top 40 and Bollywood classics. There was also an ice cream truck, and we sent everyone home with a traditional dinner of butter chicken, barbecue chicken and rice that they could either enjoy in the parking lot or bring home.

Faraz: About 570 people that showed up. Some people even whipped out picnic blankets and set them up in the parking lot.

Malaika: My dad is very involved with the Ontario PC party, and I used to work for Patrick Brown, the former leader of the PC party and the current mayor of Brampton. So there were a lot of politicians—including the premier—at the wedding. 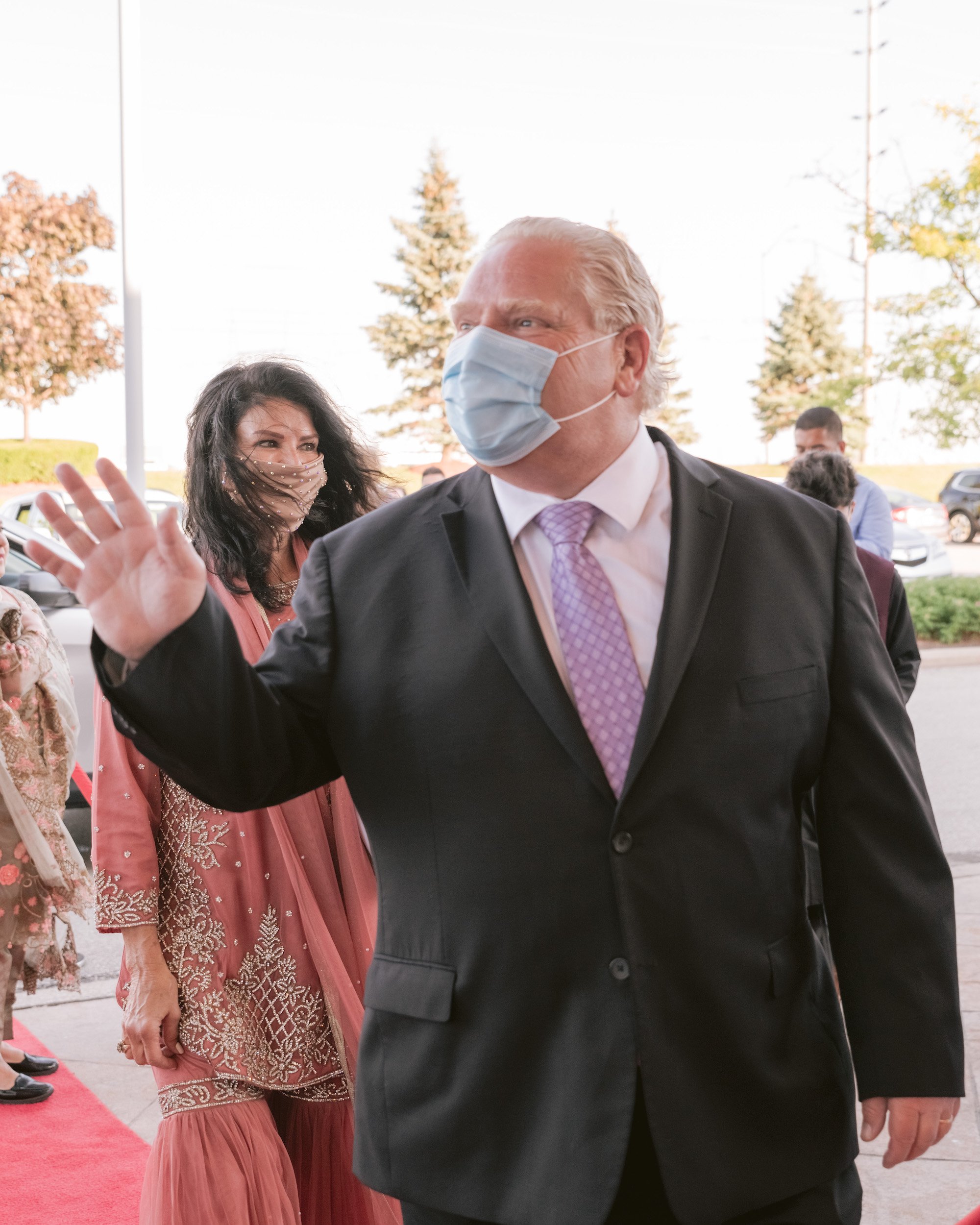 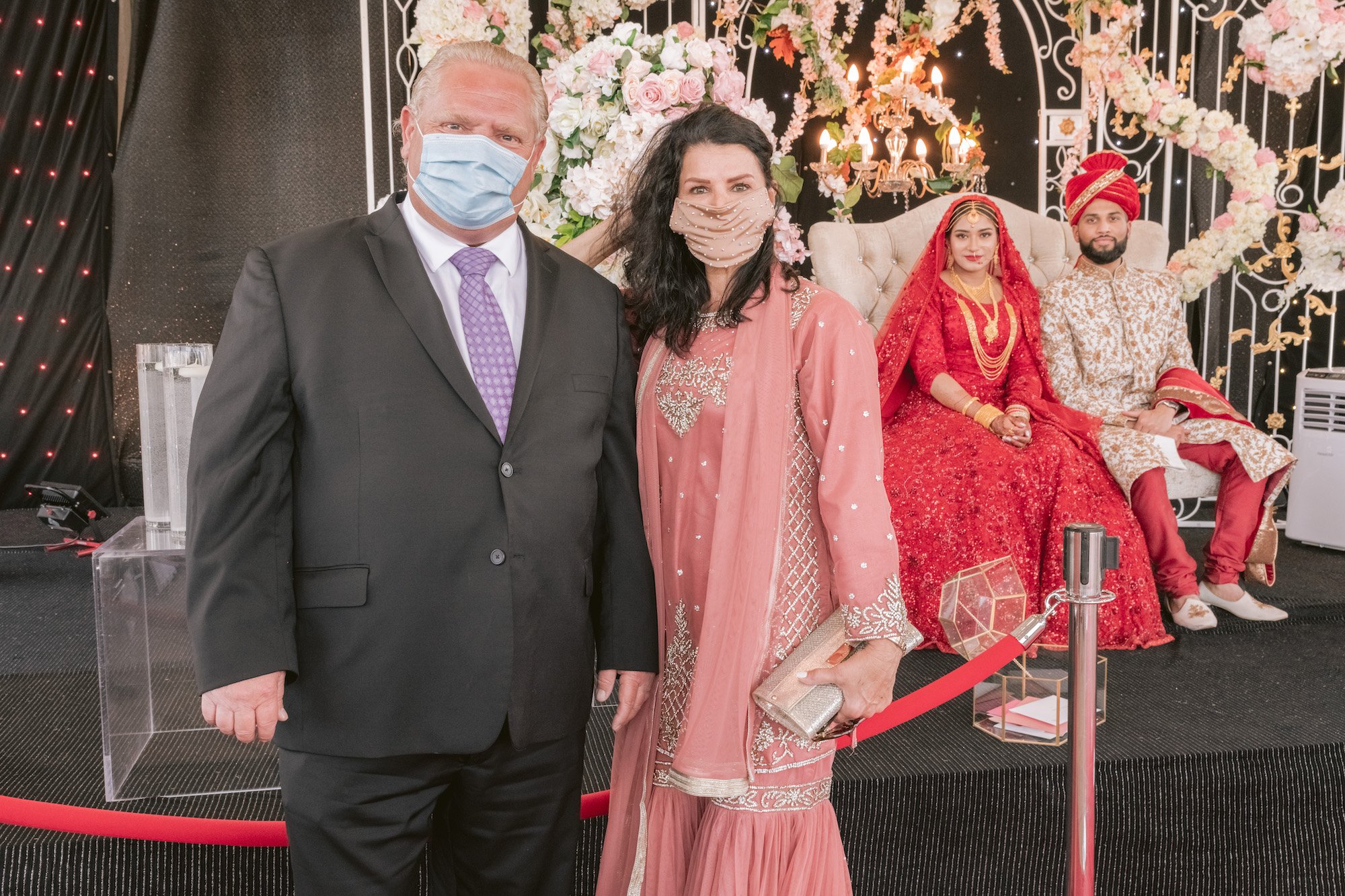 Faraz: At the end of the night, there was the traditional rukhsati, which was very emotional. It’s when all of Malaika’s family members wished her well and said goodbye as they walked her down the red carpet to the car where I was waiting. We drove off together with ribbons and flowers covering our car.

Malaika: It was a big circle of tears and love.

Faraz: Our big day was so special because this year in particular has been difficult for everyone and our wedding was a reminder that we can find joy in any circumstance, even when a little further apart.

Malaika: We’ve considered having a more traditional wedding event next year with a sit-down dinner. We’re still getting over this wedding, though. Everything has been so sudden and impulsive, so we will see where the future takes us.

Faraz: I don’t feel the need to have another wedding, We checked all our boxes—even ones we didn’t know existed. 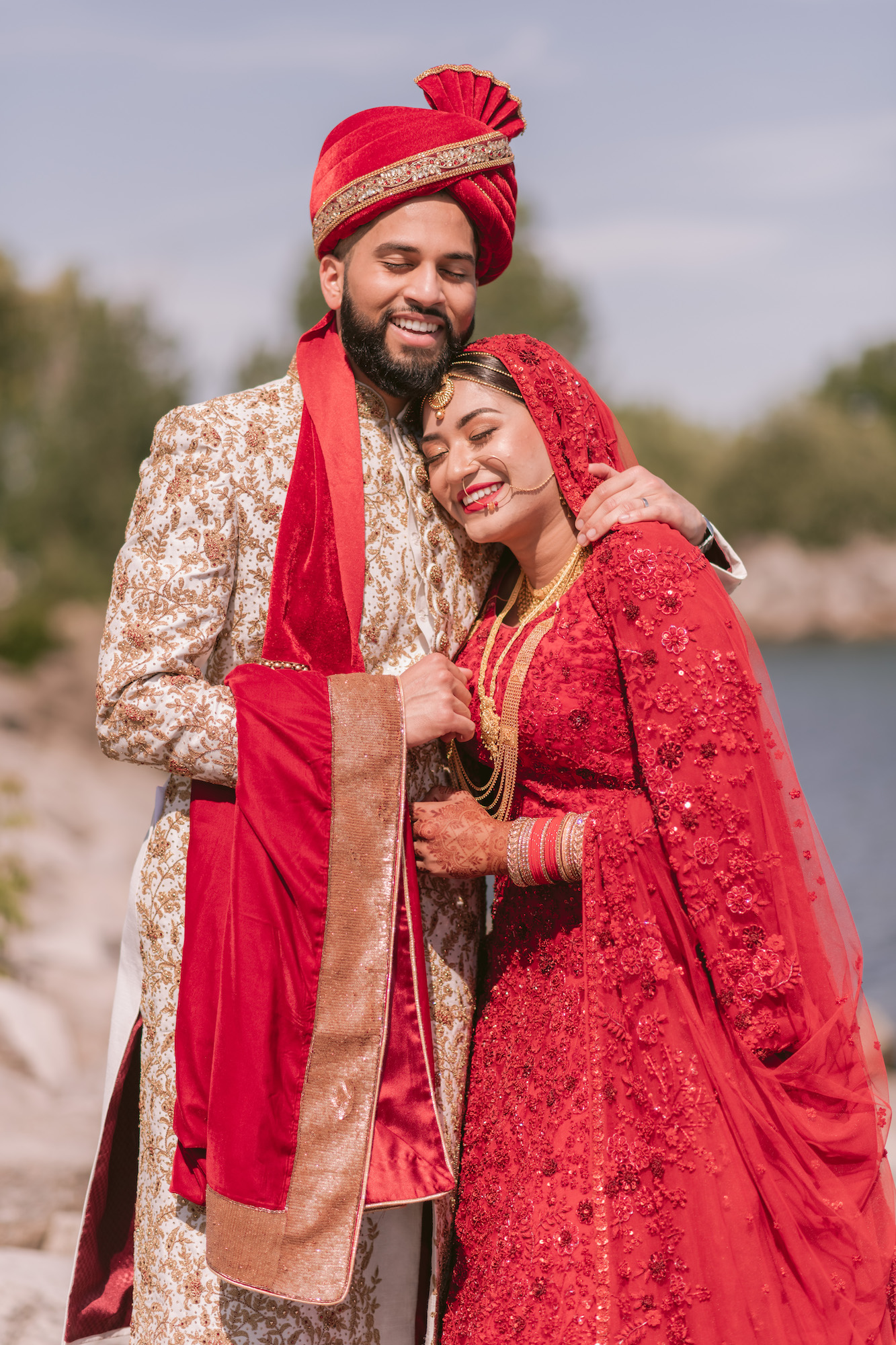 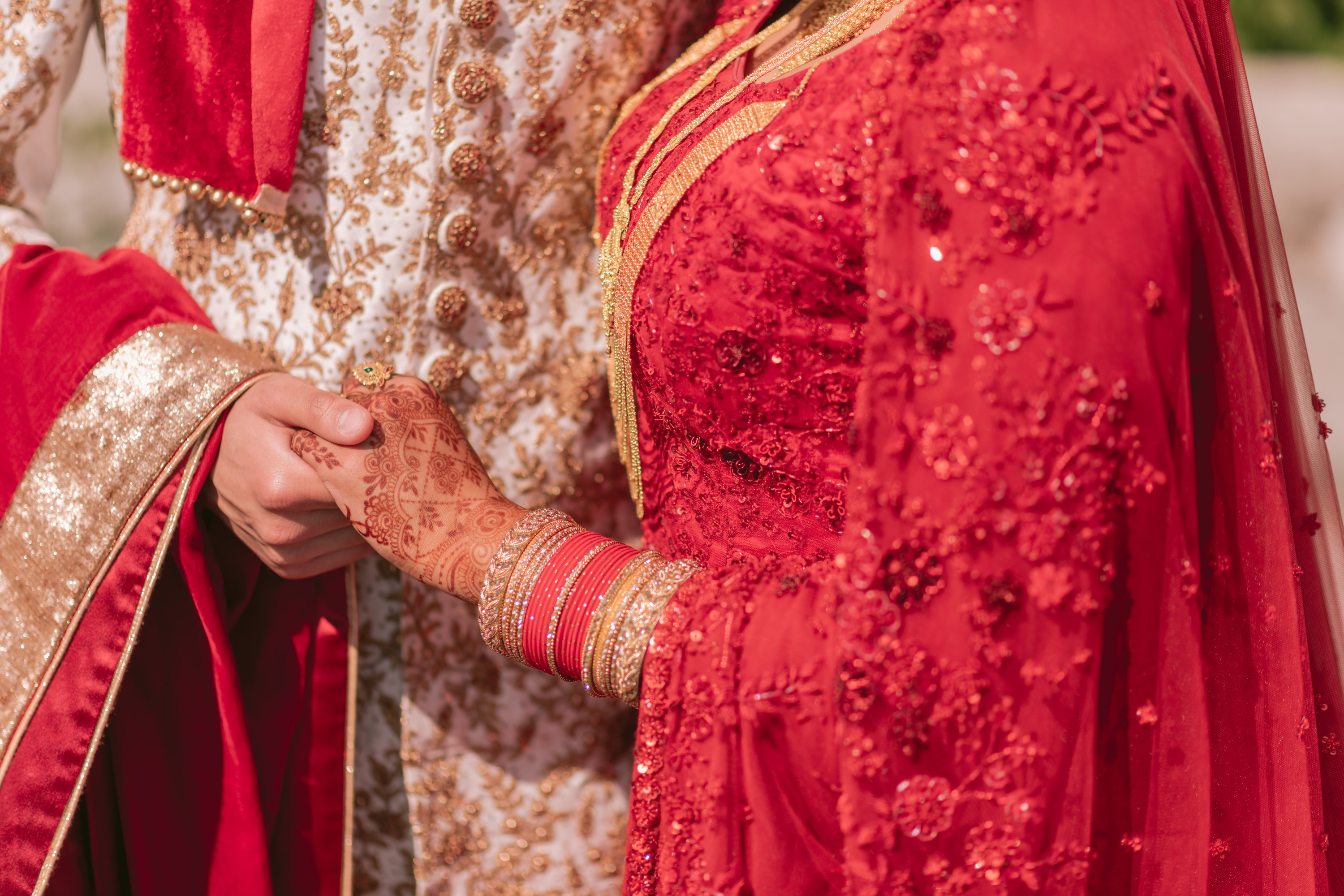 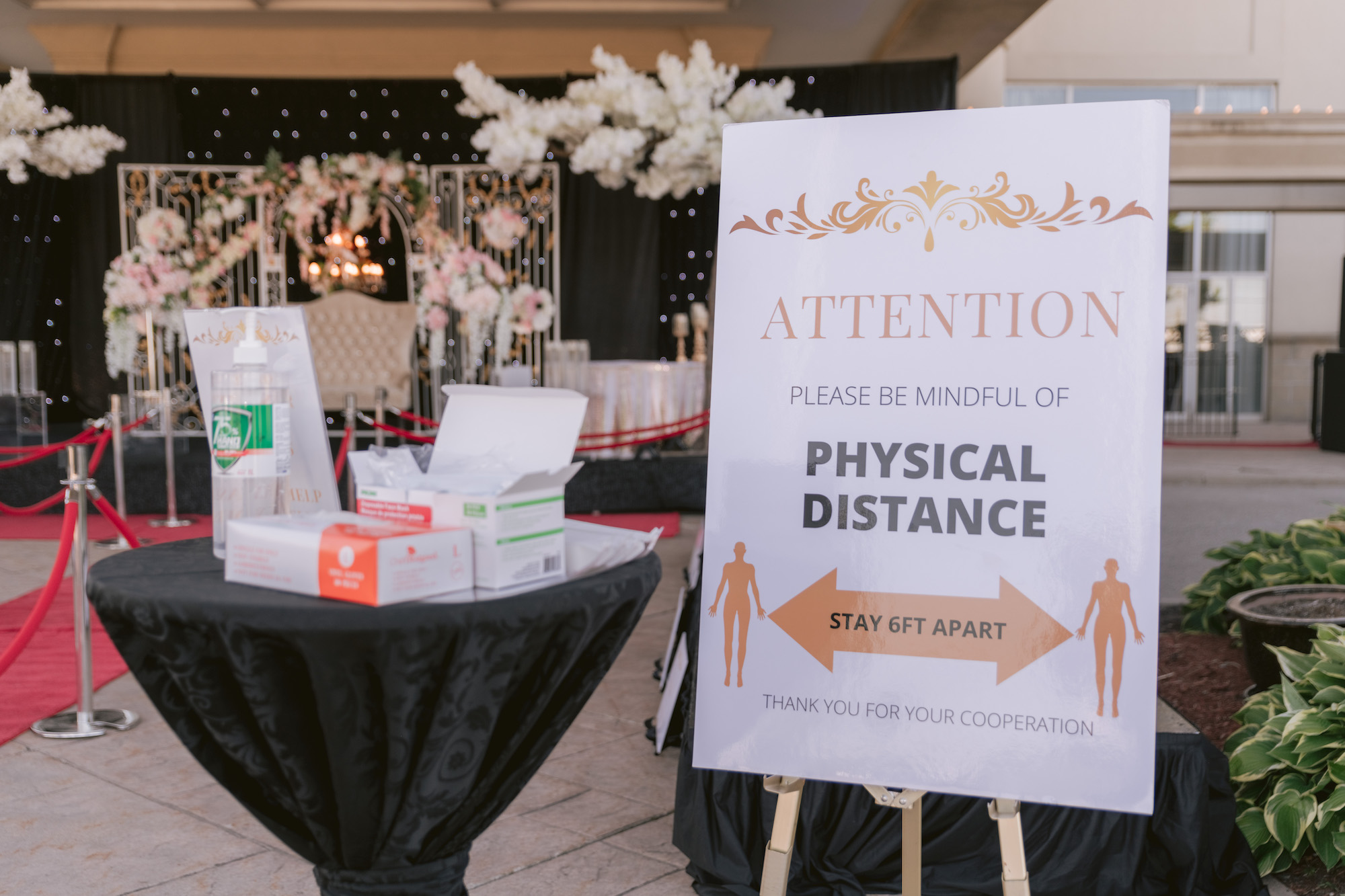 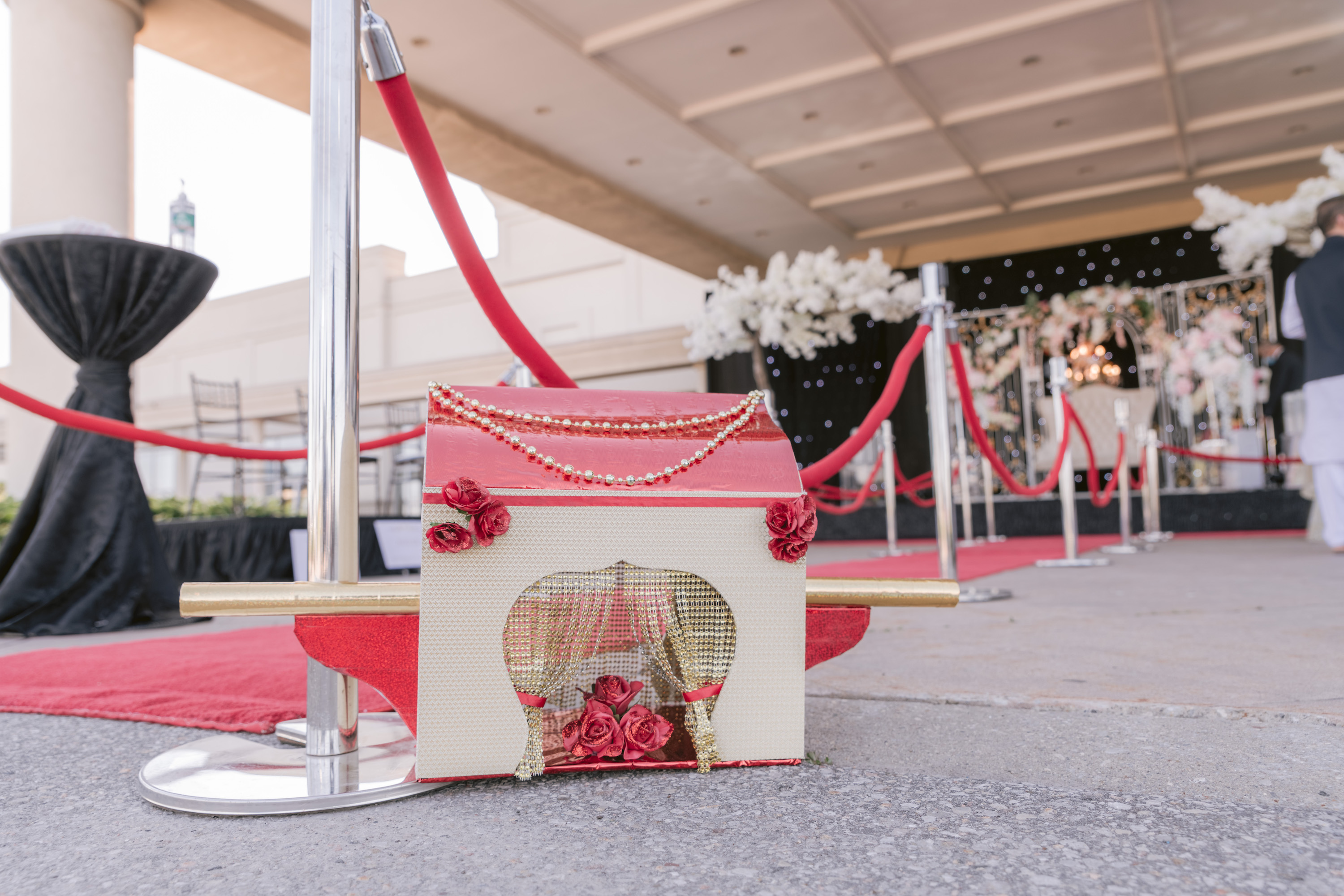 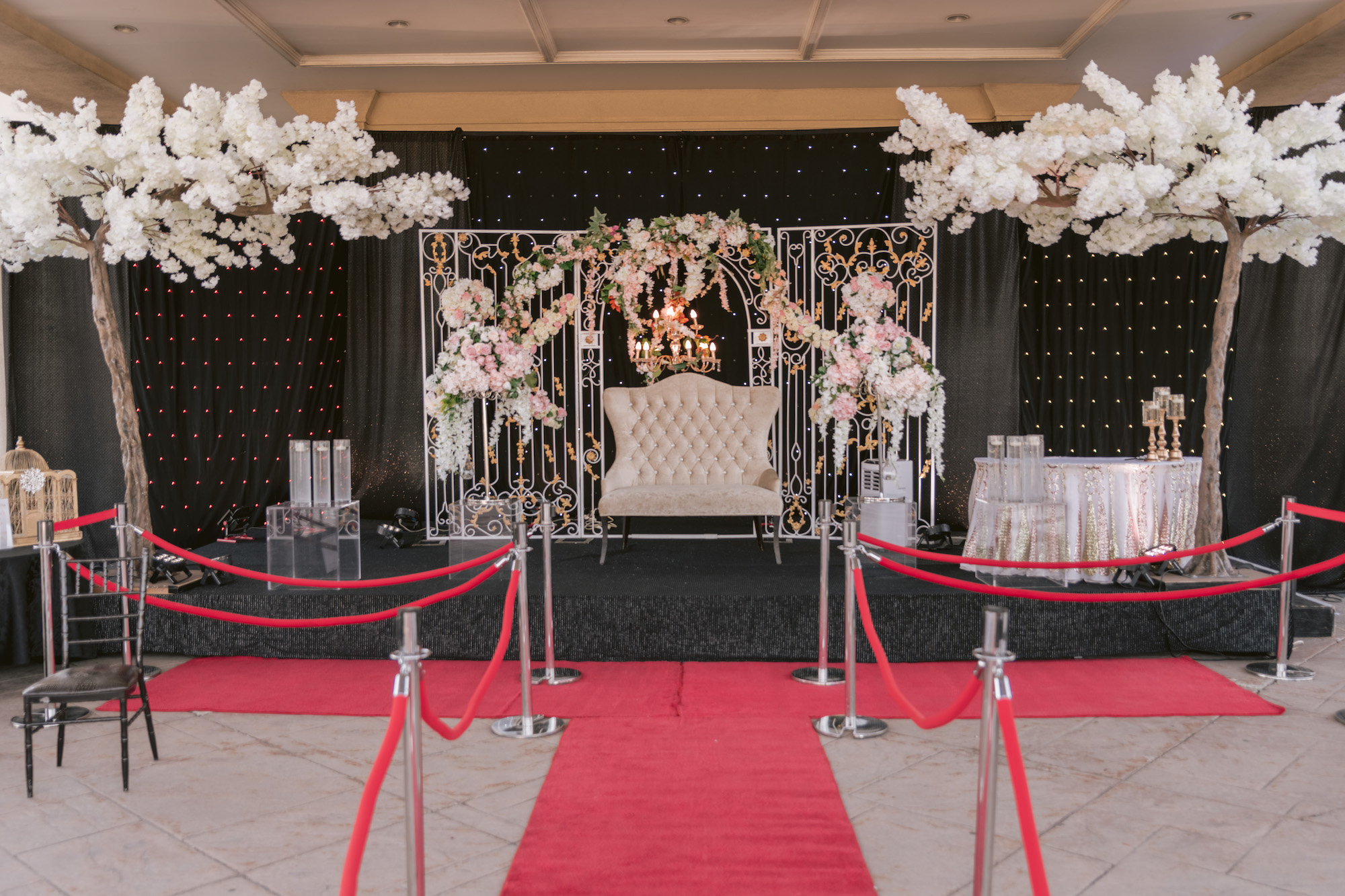 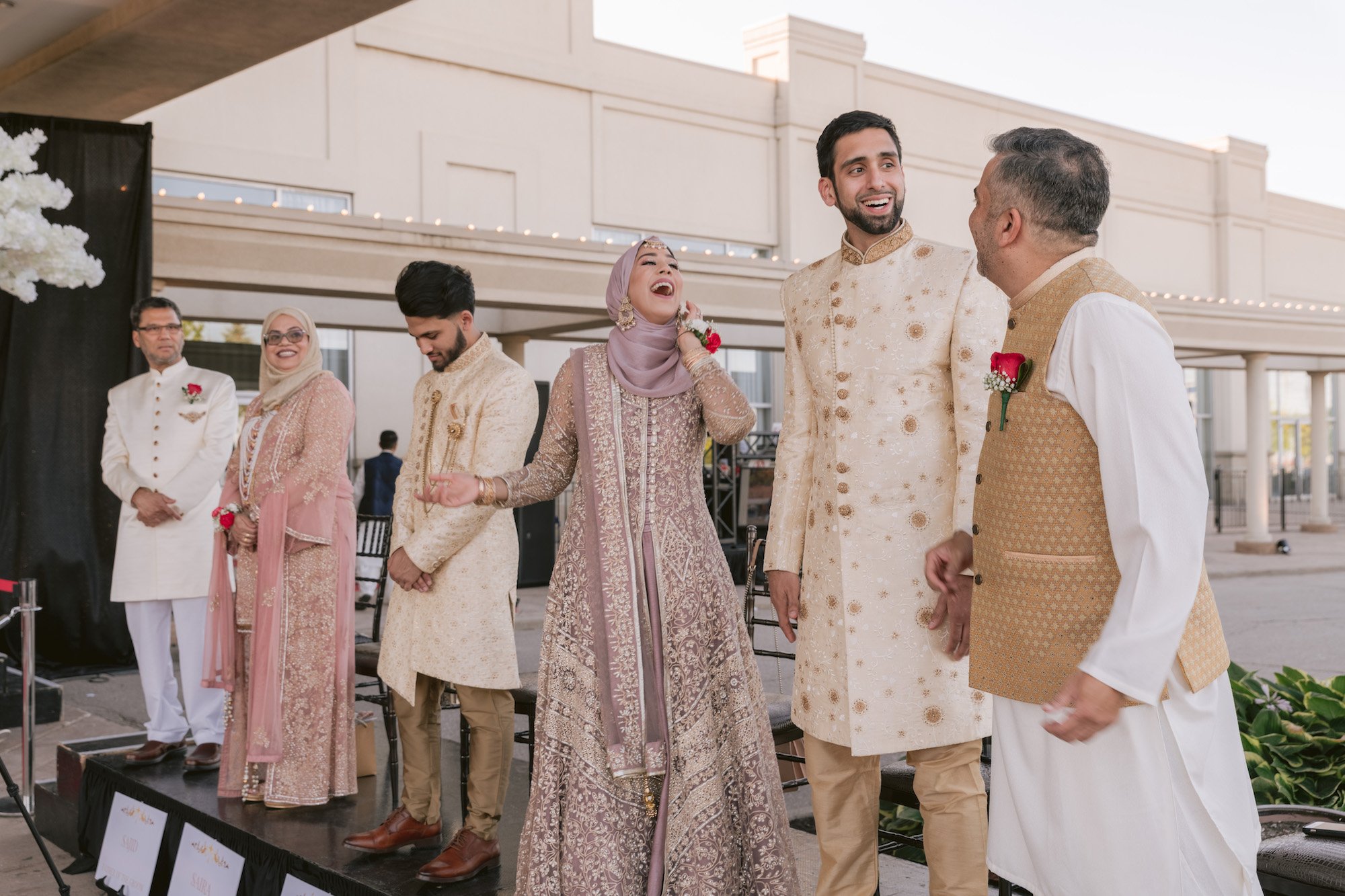 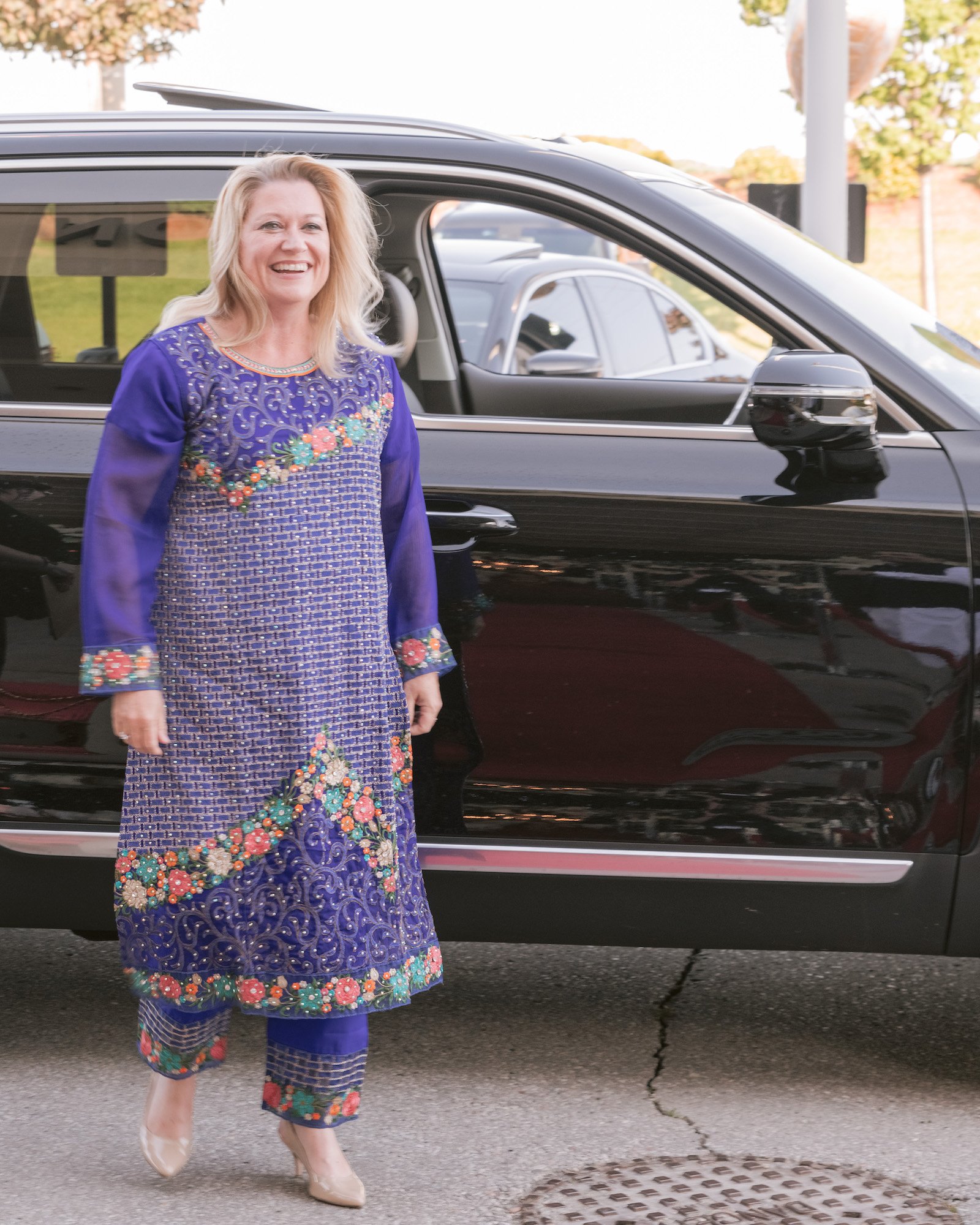 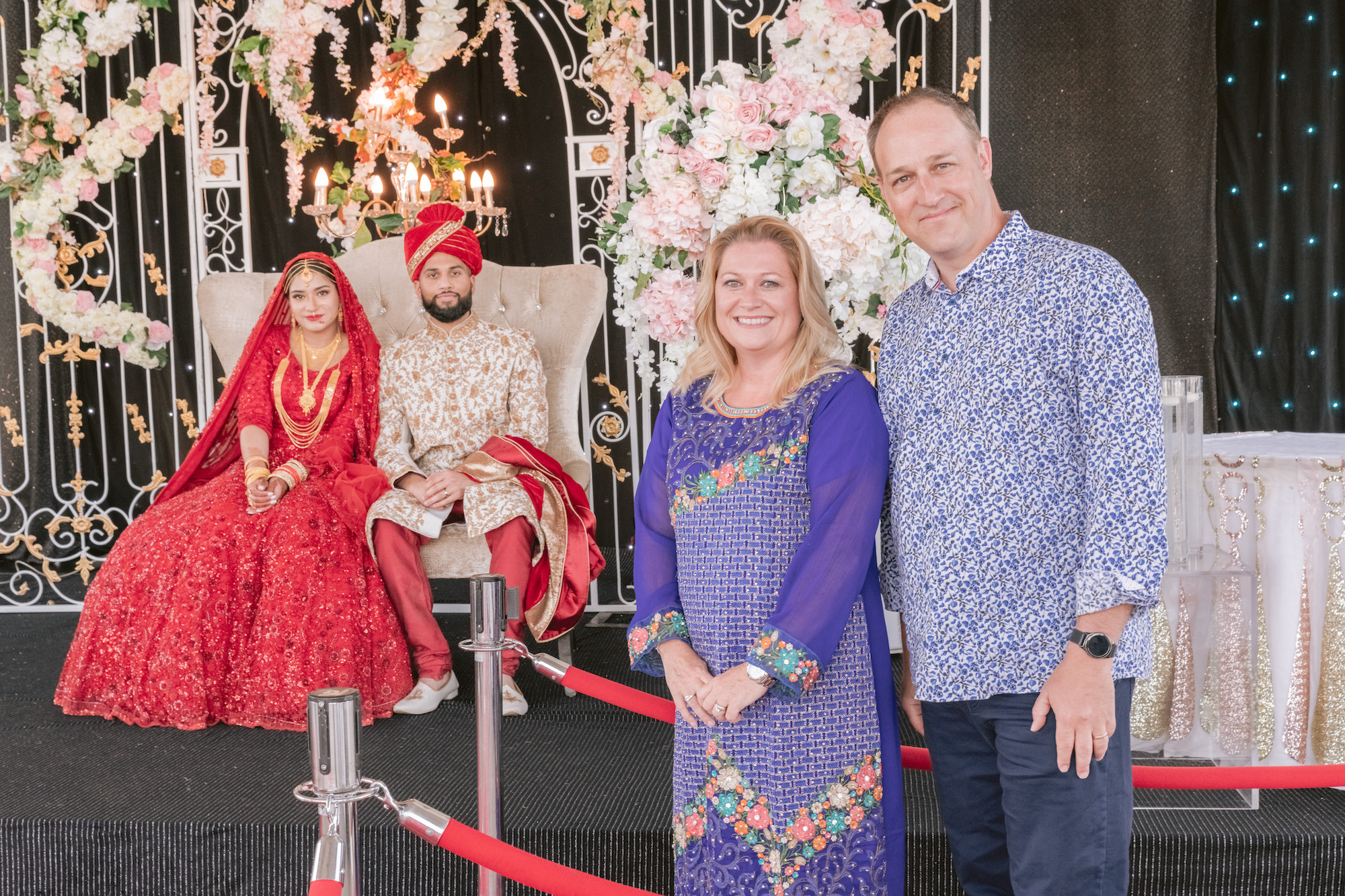 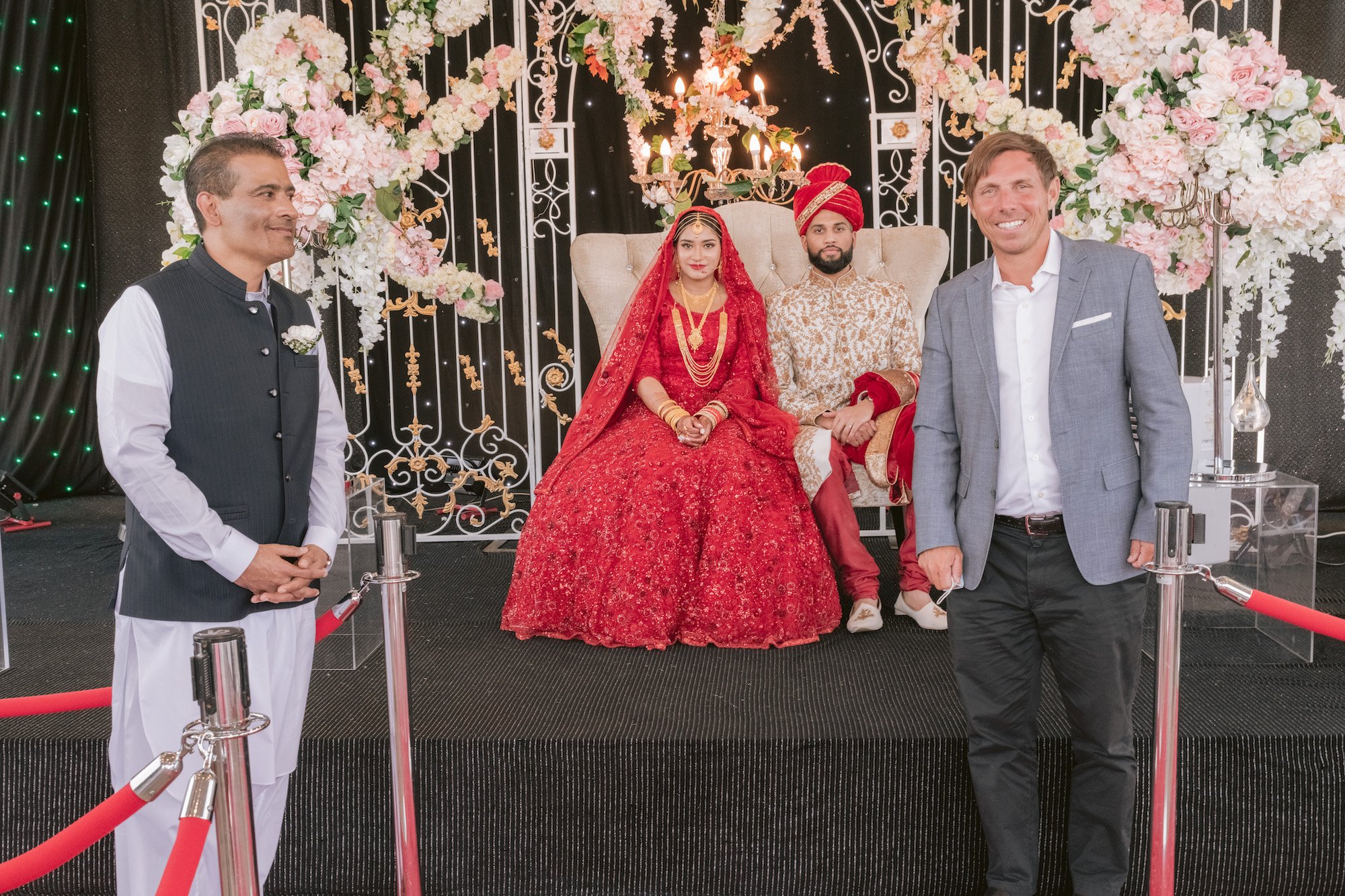 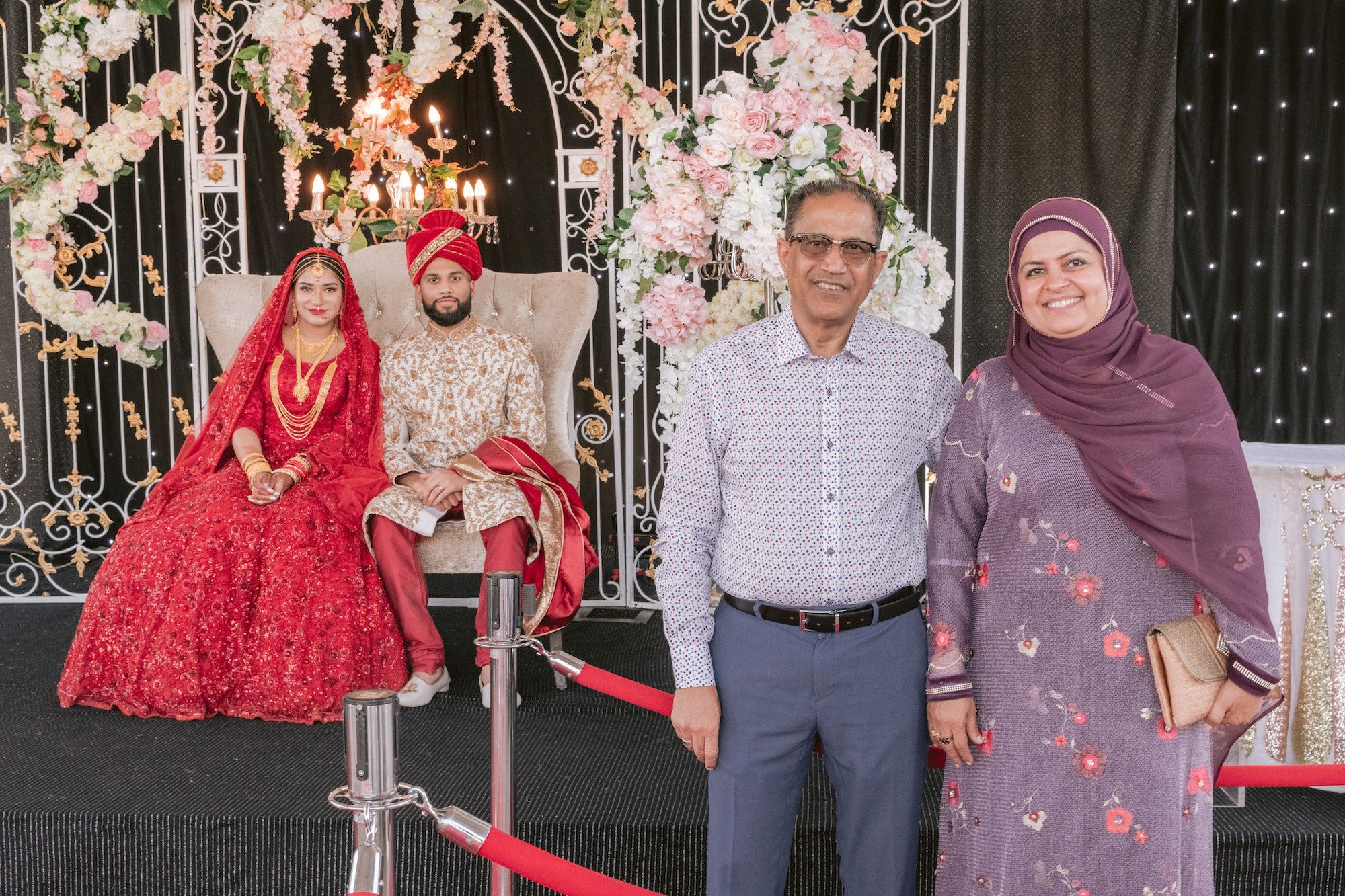 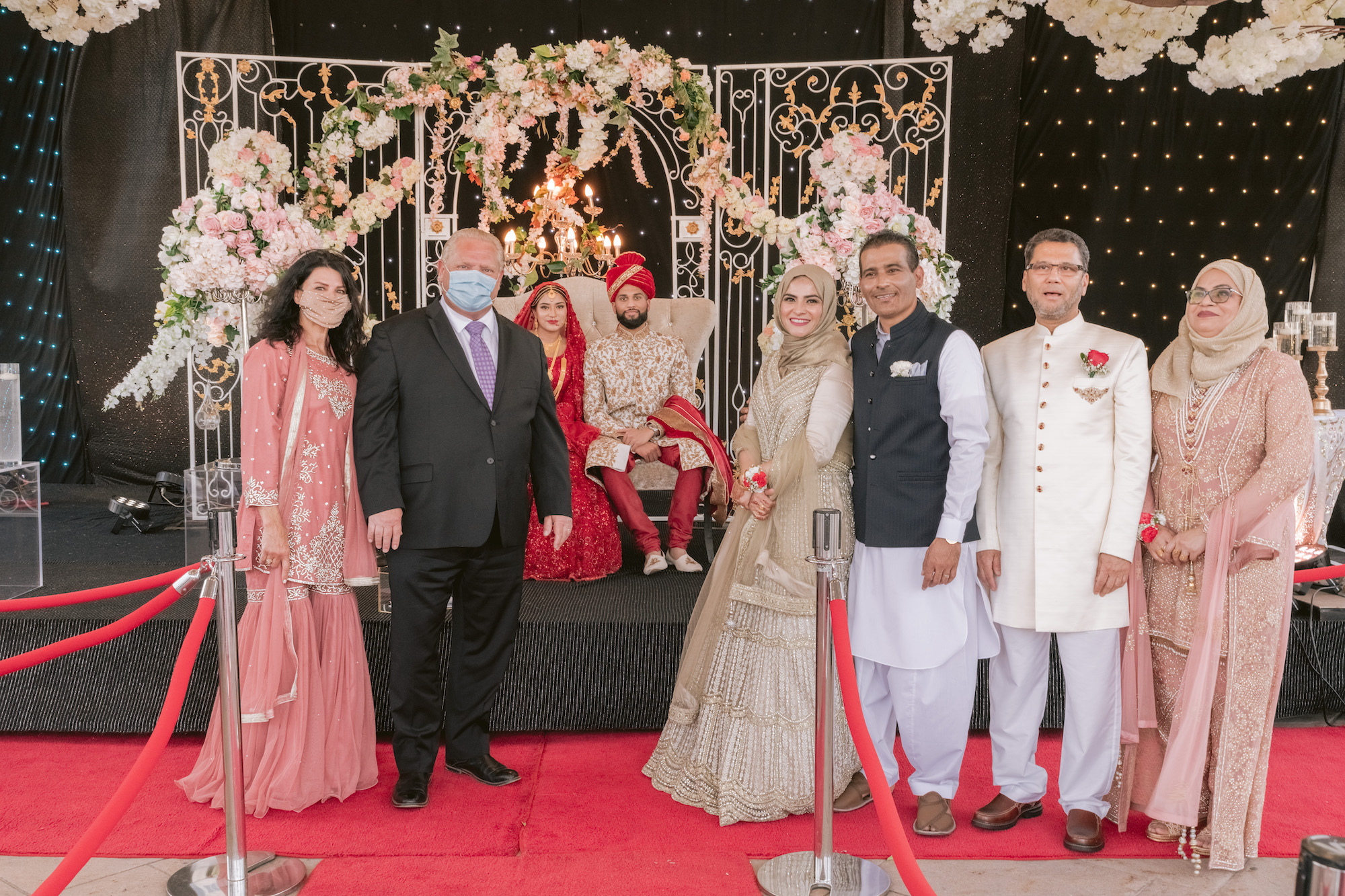 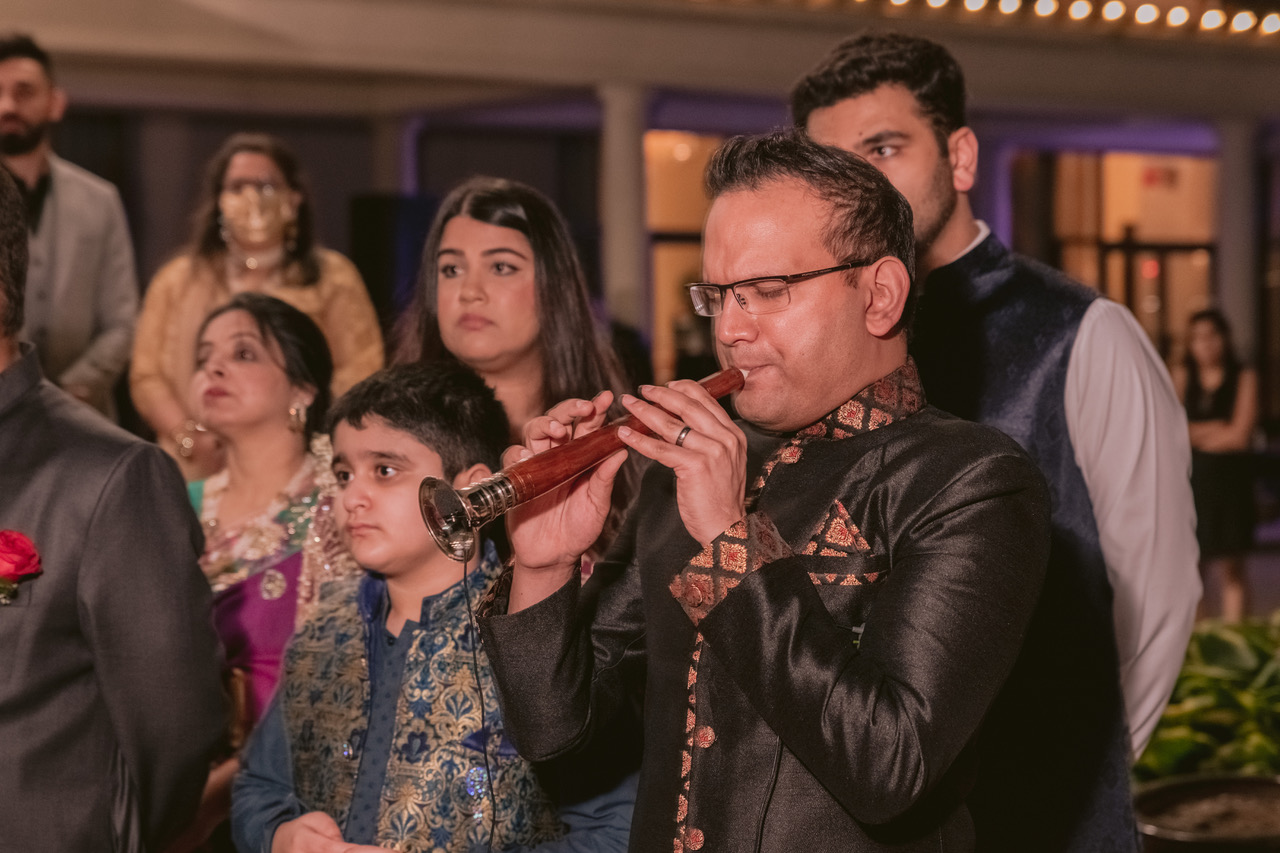 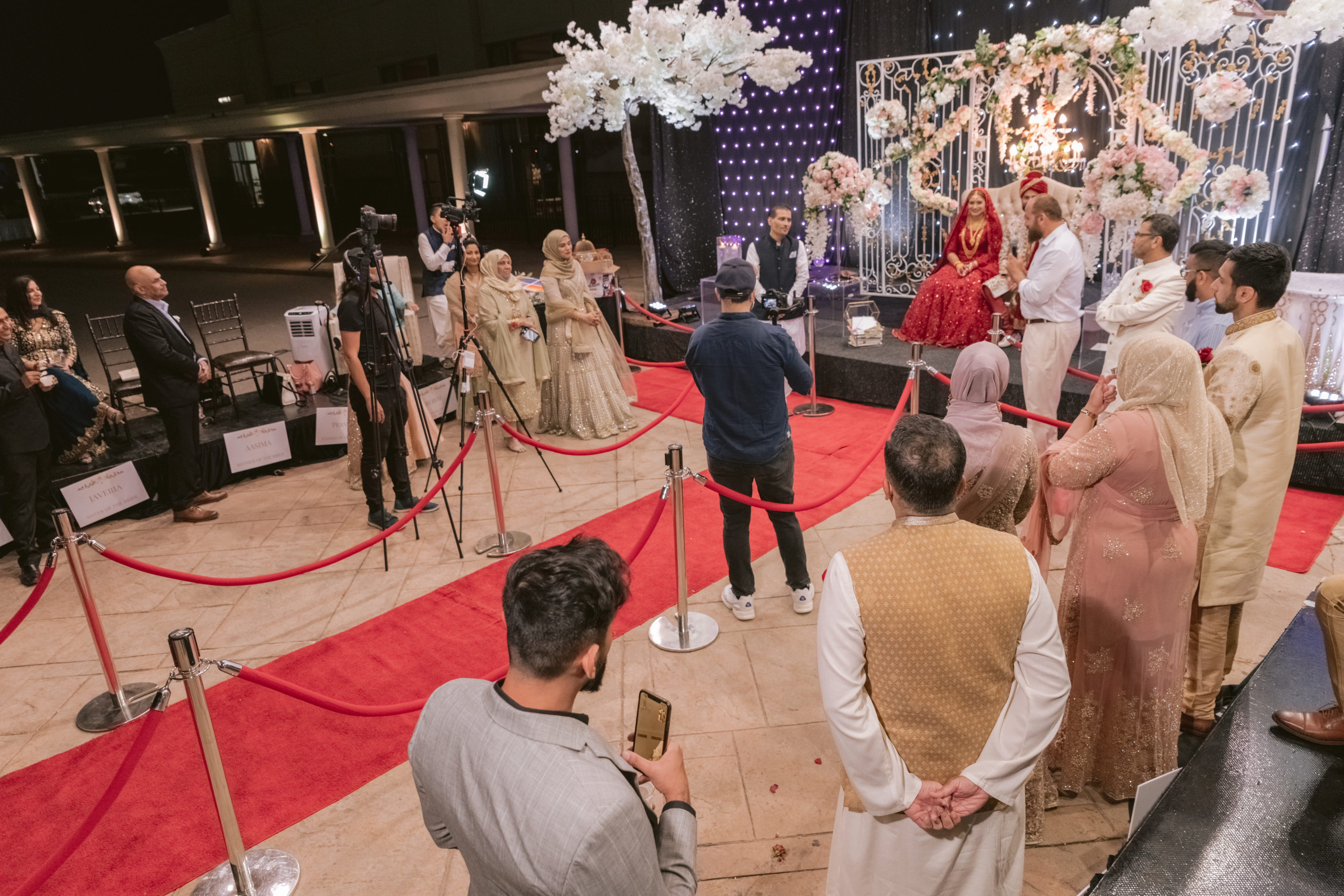 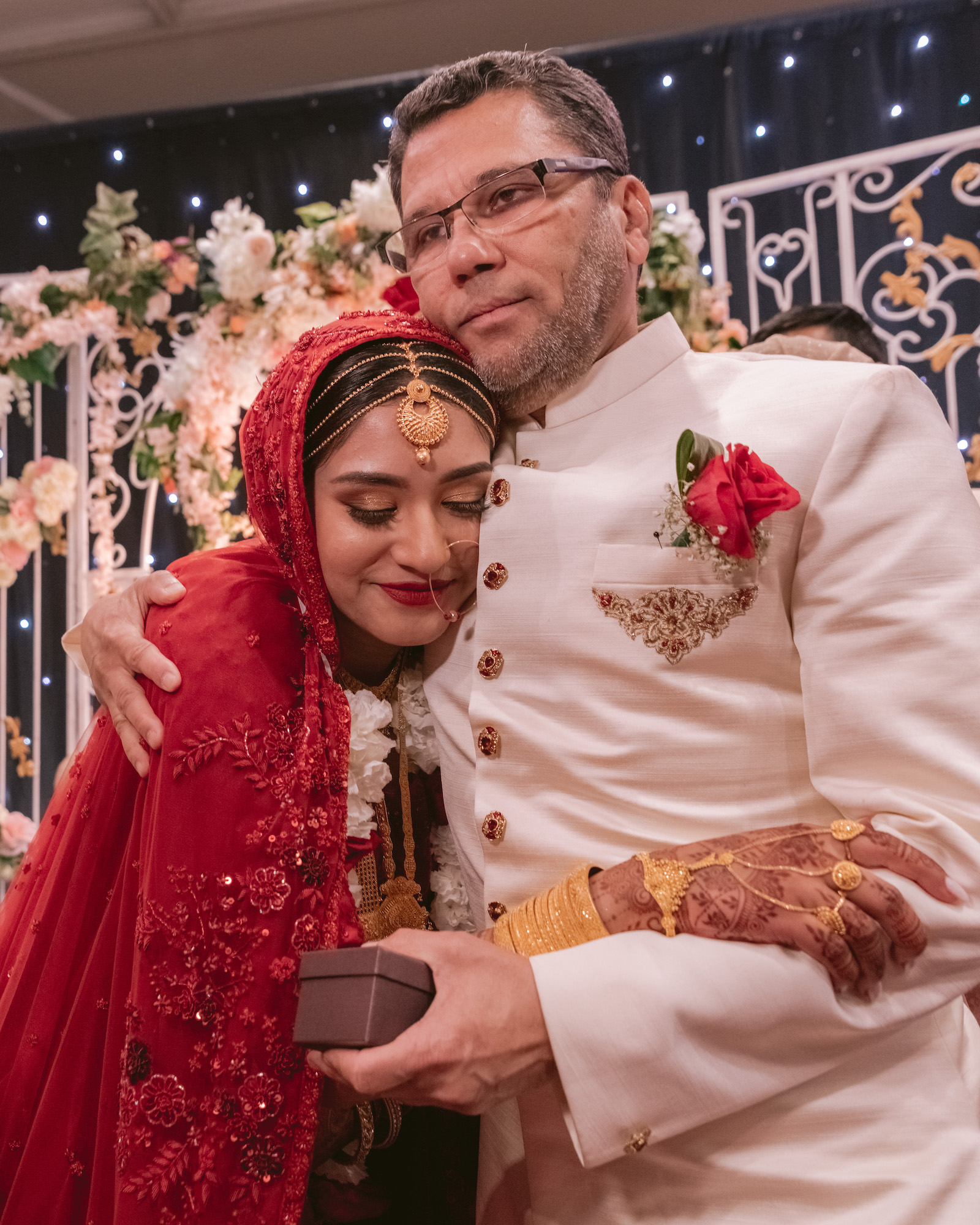 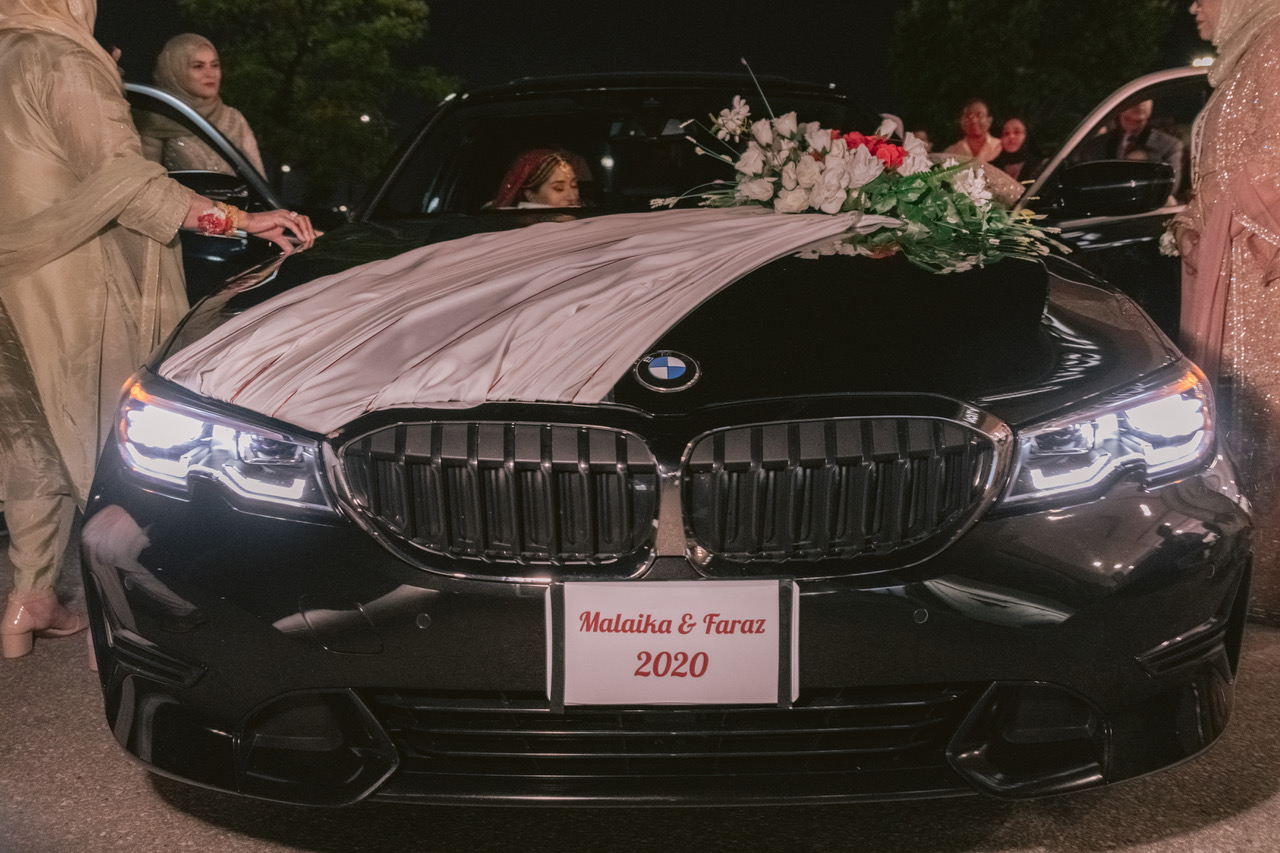