Planswell is a Toronto-based tech startup from perennial entrepreneur Eric Arnold that has already created nearly 100,000 financial plans for Canadians this year. The company has revived the industry by providing totally free plans for anyone and everyone, and implementing them with low-cost investment, insurance and mortgage services. Here’s what we know about it:

You don’t have to be rich to use it:
Arnold first started thinking about starting the company back in 2013. At the time, he had already launched more than a few companies (including a tea company and a music distribution company for indie artists), and was working as an investment advisor on the side. But he hated that they were only able to serve the super-elite. “At that point the rules were you had to have at least half-a-million dollars to build a plan,” says Arnold. Many of his friends would come to him for pro bono advice, as they were at the point in their lives where they were thinking of buying a house, or contemplating having kids, and wondering if they’d be able to maintain their current lifestyles with such big changes. “Everyone has the same goal,” says Arnold. “They want to be able to keep doing whatever they’re currently doing into the future, no matter what.”

Arnold began to think about how he could bring down the costs associated with financial planning. “It doesn’t have to take a highly-paid advisor a month to build a financial plan,” says Arnold. “We can do it much quicker with technology, and serve a lot more people.” 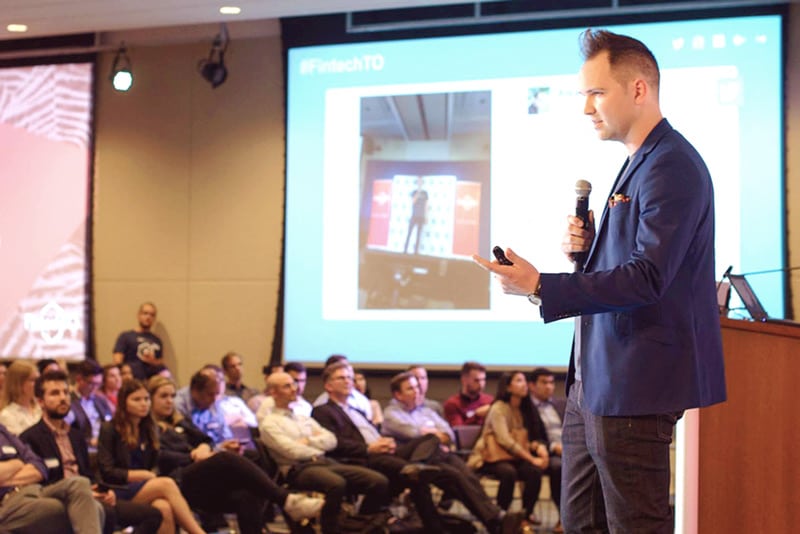 You can get a totally free plan in three minutes:
Thanks to that technology, anyone can go to Planswell’s website, answer a few simple questions (“They’re all things that people can answer off the top of their head,” says Arnold), and receive a detailed plan for free. From there, clients will receive a call from one of the company’s “Plan Pros”, who will explain the concepts and see if you have any questions. The call can be as long as you want, and also doesn’t cost a cent.

The plans are easily implemented:
One issue Arnold realized after working within the financial industry is that, since most advisors work on commission, they’re often influenced to upsell clients on more expensive products. “It’s unbelievable how much the banking industry is able to earn from clients, without clients even realizing it,” he says. To solve this, Planswell started raising money to hire and train employees to enable clients to take care of their investments, mortgages and insurances directly through Planswell. No one at Planswell works on commission, so there are never any outside motivational factors at play.

And they are as cheap as possible:

You’re trusting an algorithm, not a human:

At the end of the day, Planswell’s advice comes from engineers that have built technology that uses millions of calculations to optimize your investments. “When humans are giving financial advice, it’s incredibly biased,” says Arnold. “They’ll will often just mirror what they’ve chosen for their own family, regardless of whether it’s in the best interest of the client.” By removing the advisor, and using experts only to implement the algorithm-generated plan, there’s way less human risk involved. “That’s something doesn’t exist outside of Planswell. Clients tell us it feels amazing to finally have their money sorted out. It’s a sense of relief and also accomplishment, and we make it really easy to get there.” says Arnold.