A sneak peek inside the artificial intelligence labs at MaRS

A sneak peek inside the artificial intelligence labs at MaRS

If Toronto is an artificial intelligence hub, MaRS is its beating heart. In the past few years, start-ups and tech giants have set up AI labs within its walls, and the world’s smartest researchers have turned down jobs at Stanford and MIT to move in. On June 27, AI enthusiasts got a rare glimpse of what those brainiacs are up to. During the MaRS AI Open House, a cadre of companies took over the building’s foyer to show how they’re using the technology to predict legal decisions (Blue J Legal), design HD maps (Ecopia), treat wounds (Swift Medical) and help retailers stock their shelves (Rubikloud). But the main draw was the chance to peer into the offices of MaRS’s buzziest tenants. The Vector Institute—a new lab co-founded by the “godfather of AI,” Geoffrey Hinton—showed off its sleek space. Autodesk, a design software company, toured guests around its AI-designed office. CIFAR, a research institute that leads the government’s Pan-Canadian AI Strategy, detailed projects it’s funded for nearly 400 scholars and advisors. And Borealis AI, an R&D arm of the Royal Bank of Canada, touted a computer program that can scan the news and predict what will show up in tomorrow’s paper. “Our entrepreneurs are literally inventing—or reinventing—the future,” said MaRS CEO Yung Wu. “These labs make AI dreams a reality.”

Visitors tried out a motion-capture screen inside the office of Element AI, a Montreal-founded company that builds custom artificial intelligence applications for its clients: 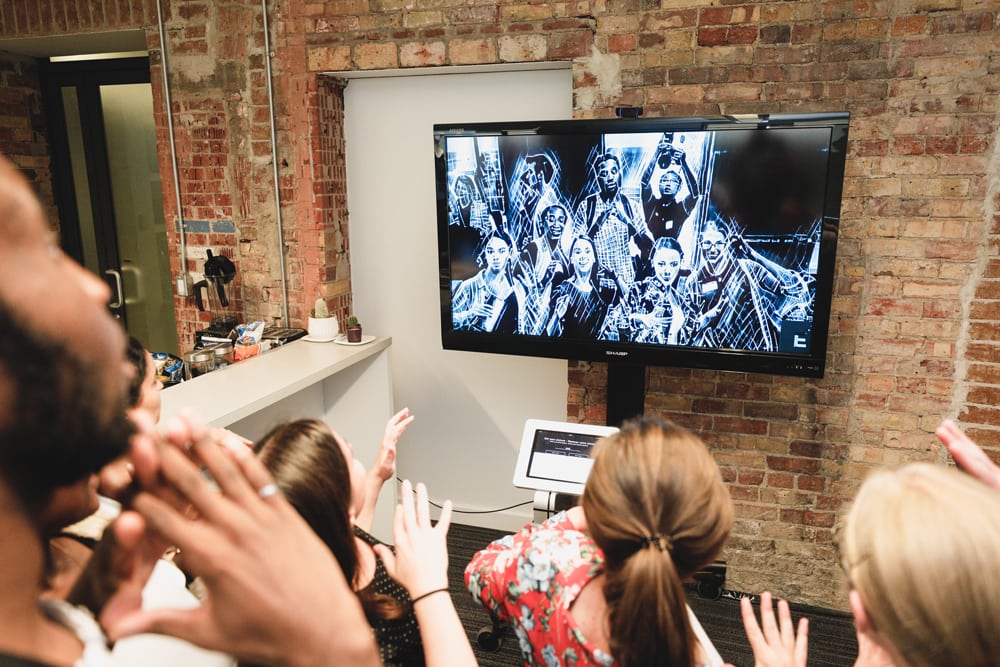 These robot arms drew pictures for guests inside Autodesk, a design software company that designs spaces—including its own MaRS office—using a combination of AI and human intelligence: 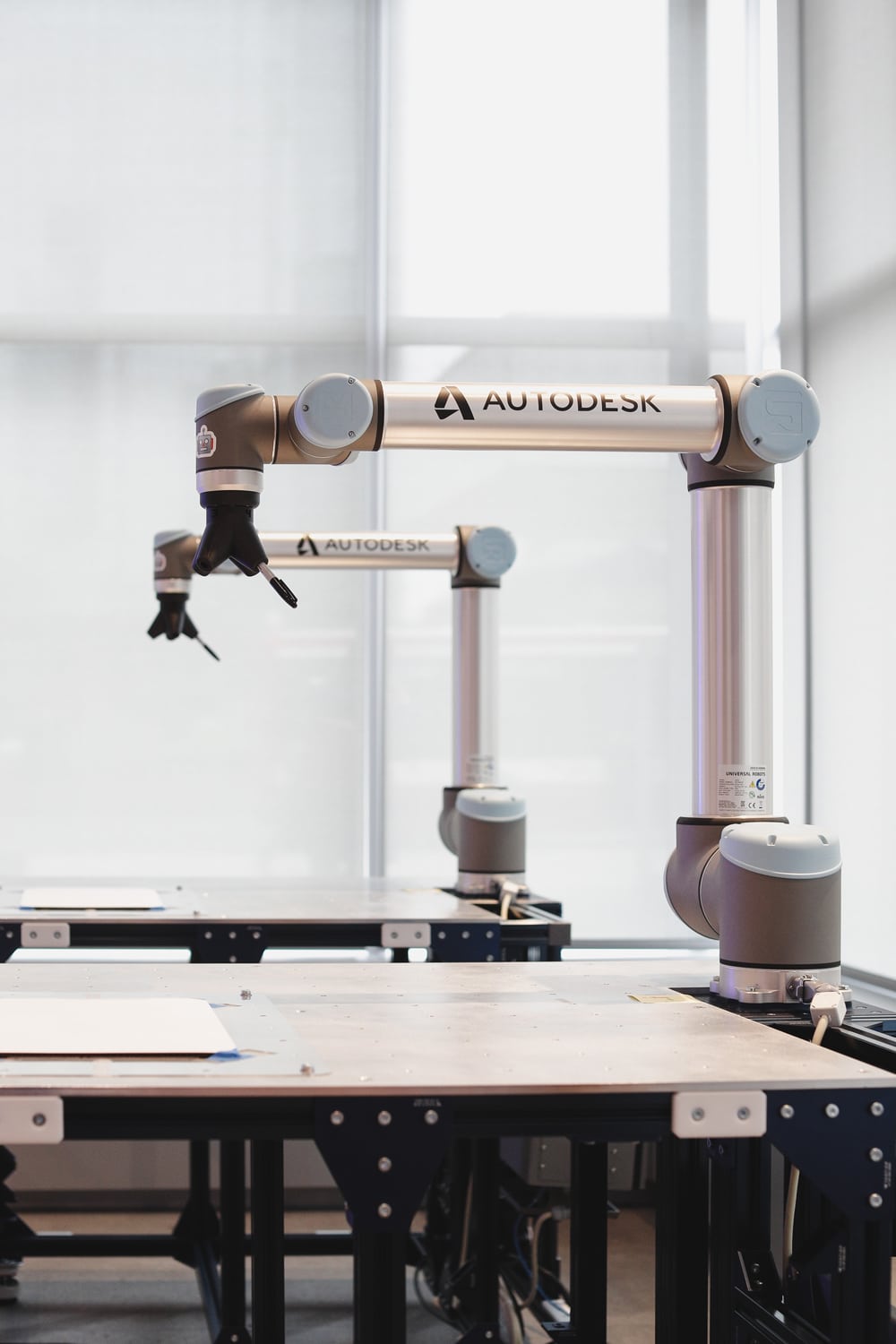 Foteini Agrafioti, the head of Borealis AI, is used to being asked, “Why would a bank build an AI lab?” She says RBC wanted to give Canadian AI experts a top-notch research lab, to stop the brain drain to the U.S. “We do well when they do well”: 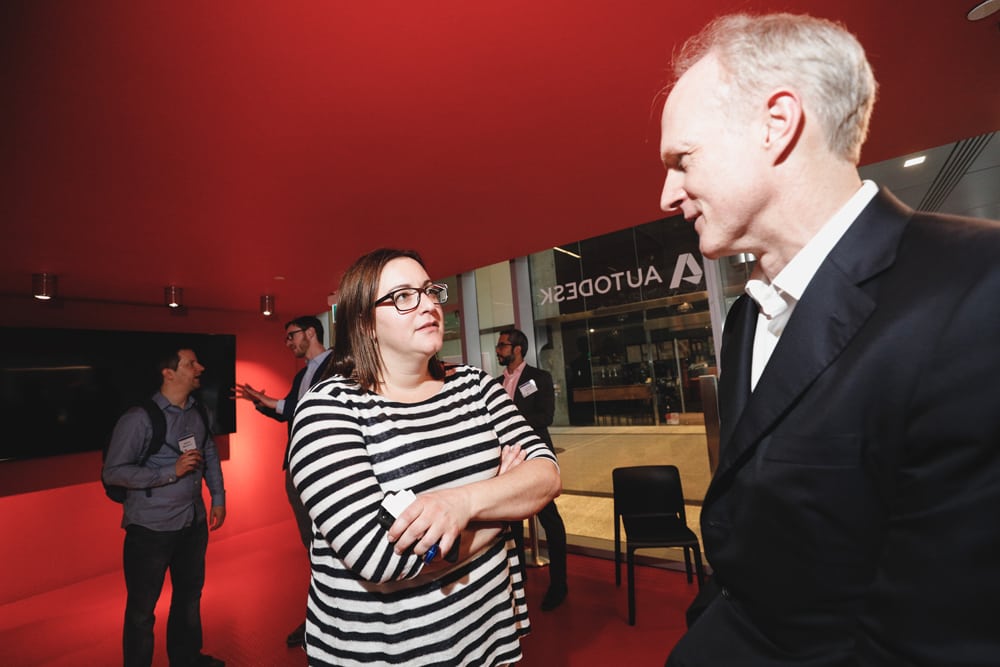 The 18,000-square-foot Vector Institute hosts dozens of researchers from the University of Toronto, Waterloo, Guelph and beyond. Chief operations officer Alan Veerman describes it as a “curiosity-driven environment,” where students and faculty can guide their own research. “But if you’re looking for fancy robots,” he says, “we don’t really have those here”: 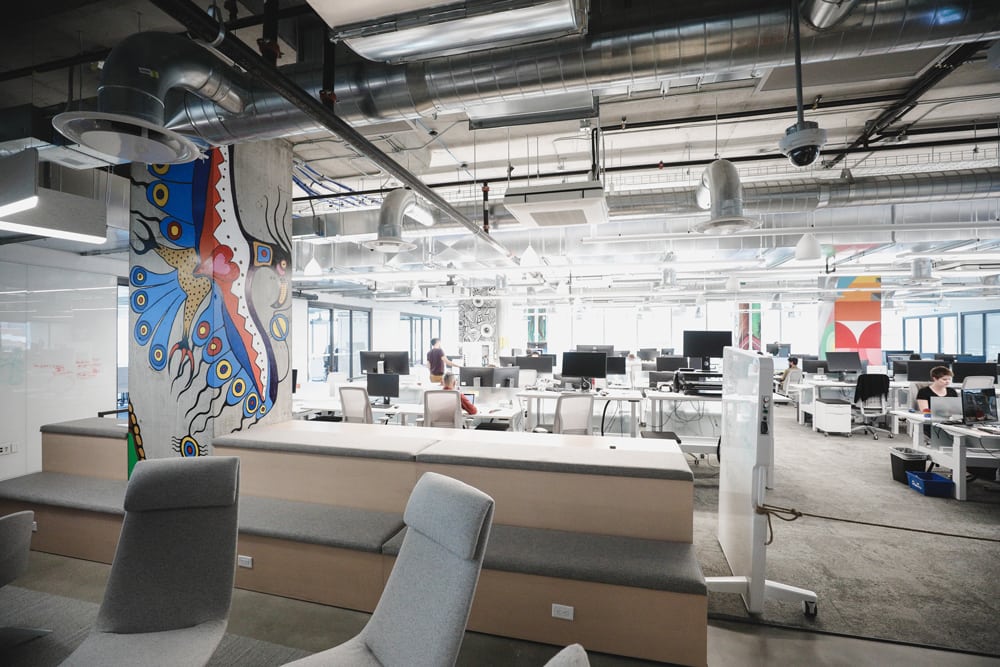 Veemo staff describe their three-wheeled creation “as though a car and a bike had a baby.” The vehicle, developed by Vancouver-based company VeloMetro, runs on pedal and solar power, and can be rented like a Car2Go or Bike Share on the University of British Columbia campus: 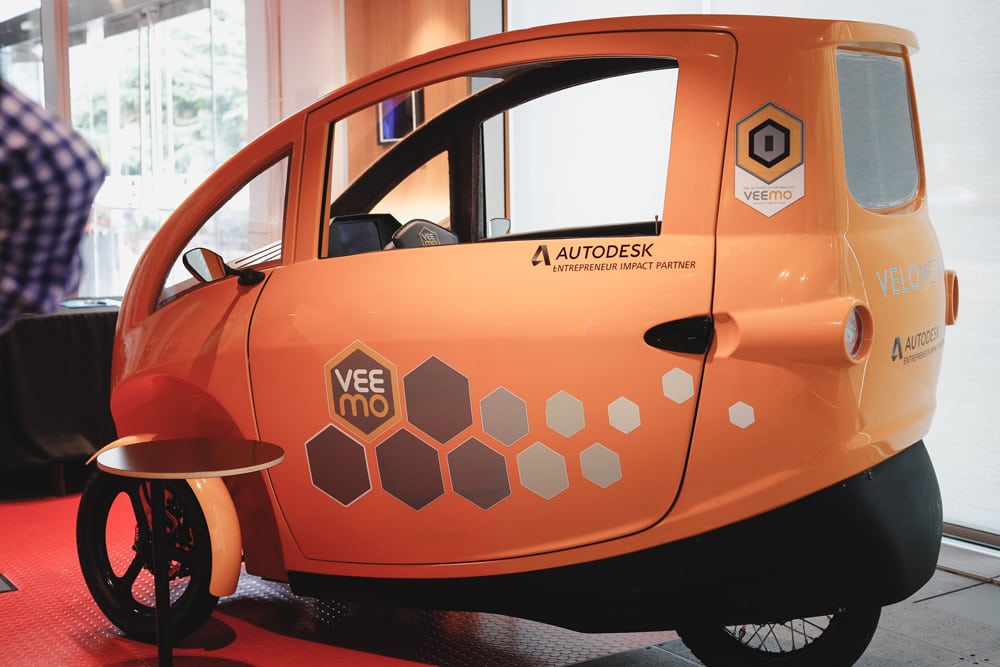 MaRS CEO Yung Wu greeted open-house guests by emphasizing the importance of excelling at AI. “Canada is the best in the world at this,” he said. “The timing of this opportunity is incredible. We need to seize it”: 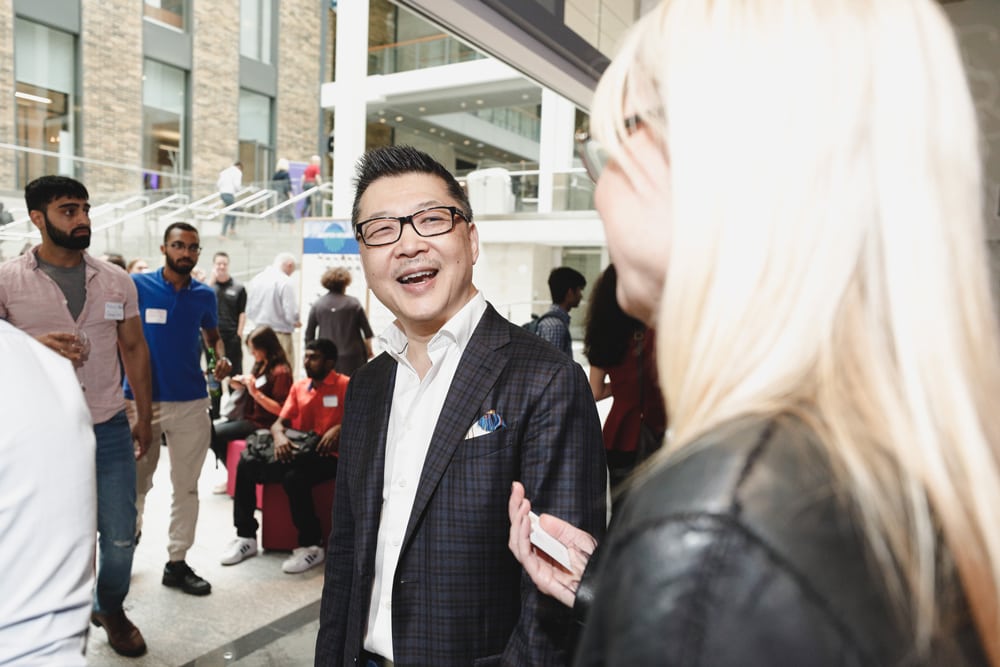 Swift Medical’s AI smartphone app captures the length, width, depth and colour of a wound, and tracks how it heals over time. The result? Doctors and nurses can treat patients faster and more efficiently, reducing the amount of time they need to spend in hospital: 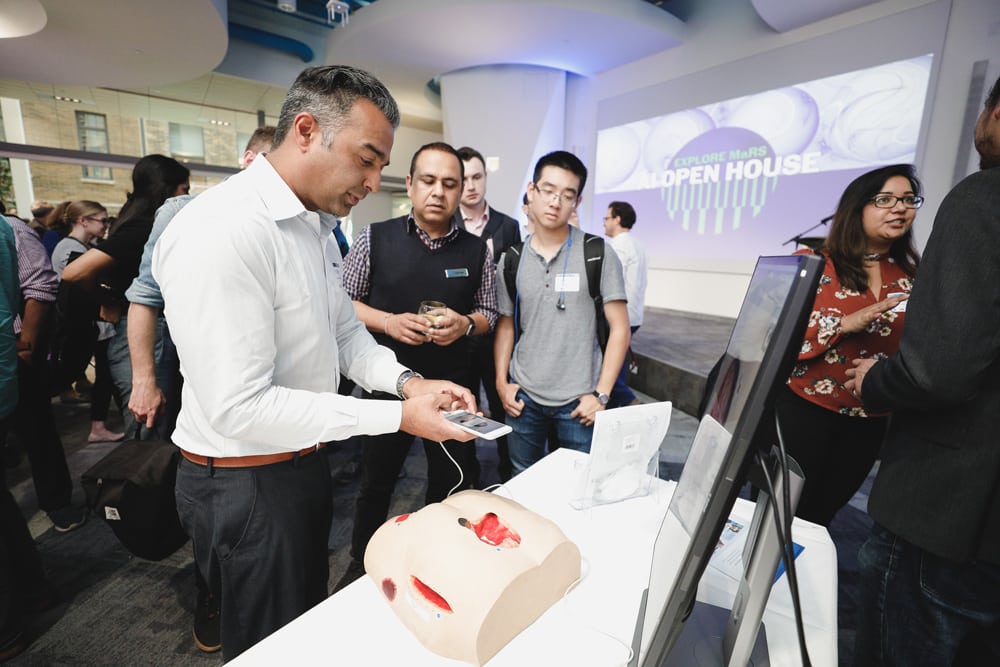 Gordon Kurtenbach, head of research at Autodesk, shared a laugh with Vector COO Alan Veerman in front of the MaRS doughnut wall: 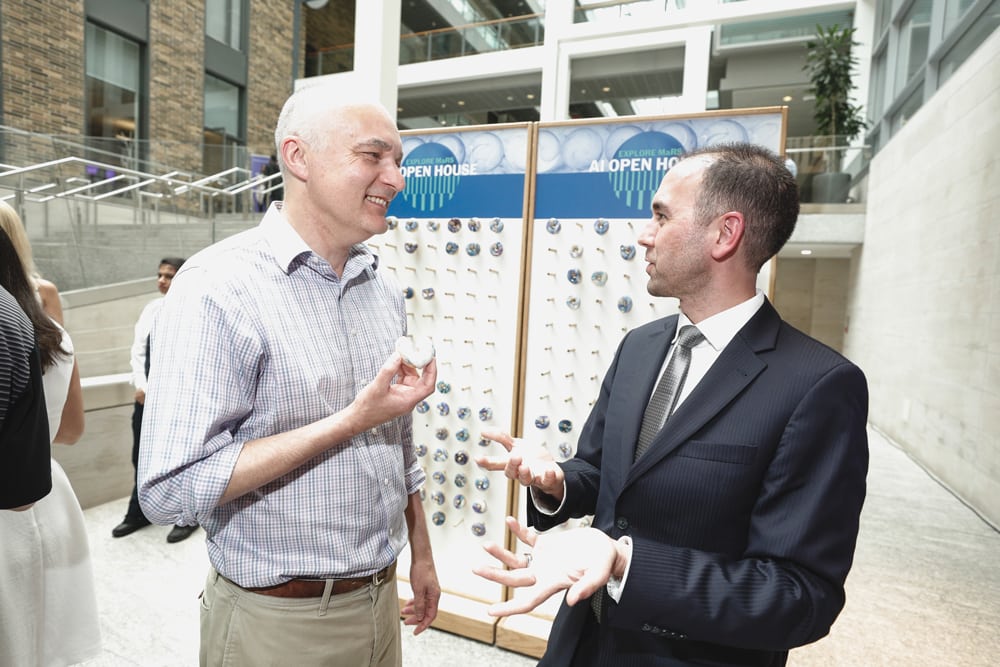 The Borealis AI office, once a Toronto General Hospital operating theatre, isn’t so grim these days. The walls are covered with playful decor—skateboards, a basketball net, a barber’s pole—and the hallway features a blue telephone booth à la Doctor Who: 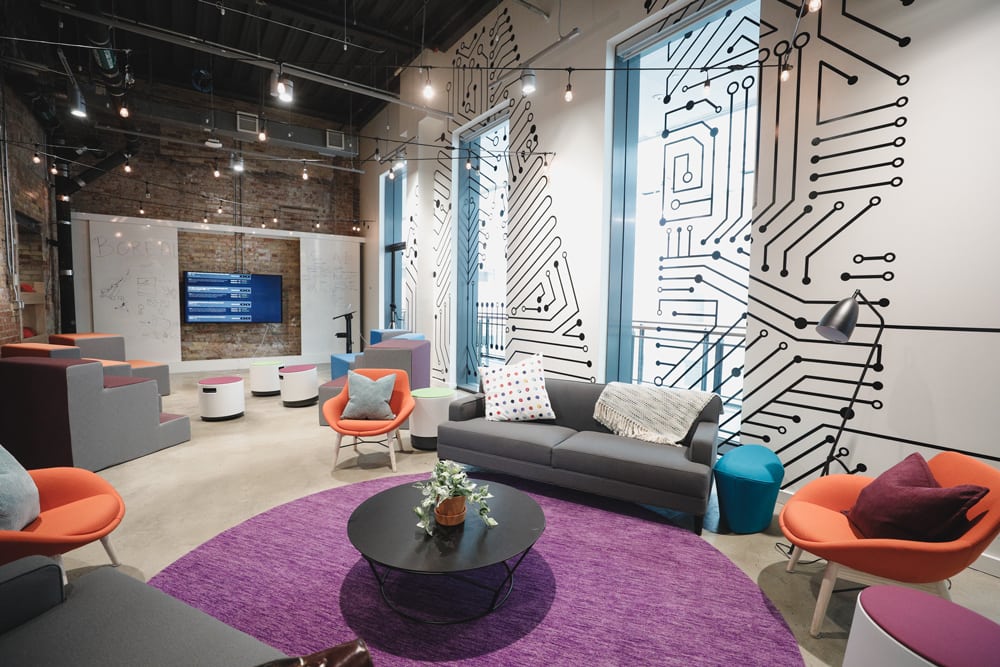