Since opening in 1929, the Royal York Hotel has gone through a number of facelifts. The latest round of renovations, currently underway, is aimed at bringing the 1,373-room heritage property into the 21st century. Fairmont, the hotel’s operator, has already overhauled 910 of the standard guest rooms, which were last refreshed in the 1990s. In June, the hotel’s massive multi-year reno will finally come to an end when the revived lobby and event spaces are completed—just in time for the building’s 90th birthday bash.

The reno effort recently hit a milestone when the hotel put the finishing touches on Fairmont Gold, a special block of rooms within the Royal York, complete with its own separate lobby, lounge, library and dining area. The “hotel within a hotel” occupies floors 12 through 18. New York-based firm Champalimaud Design was hired to revamp the sub-hotel’s public spaces as well as all 106 Fairmont Gold guest rooms, which range in size from 230 to 540 square feet. (The two top suites are still under construction. The largest of them will be a 2,400-square-foot, two-bedroom palace.) Here’s a look inside.

Two dedicated express elevators whisk guests up to the eighteenth floor, where there’s a two-desk reception area. Behind the Calacatta Oro marble podiums is a hand-painted mural of Toronto’s skyline. The mosaic stone tile pattern, laid entirely by hand, was inspired by the hotel’s original 1920s Art Deco geometry: 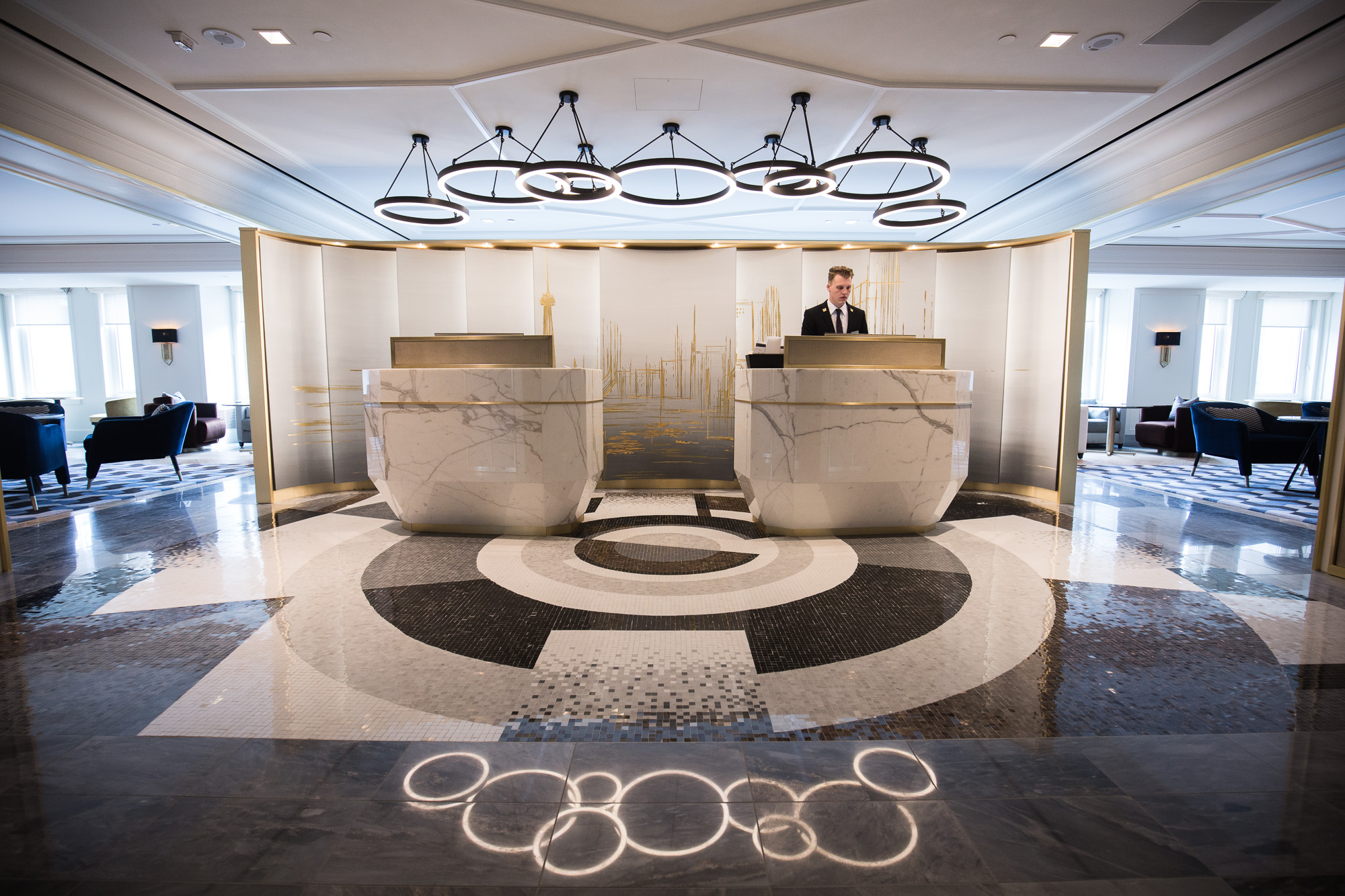 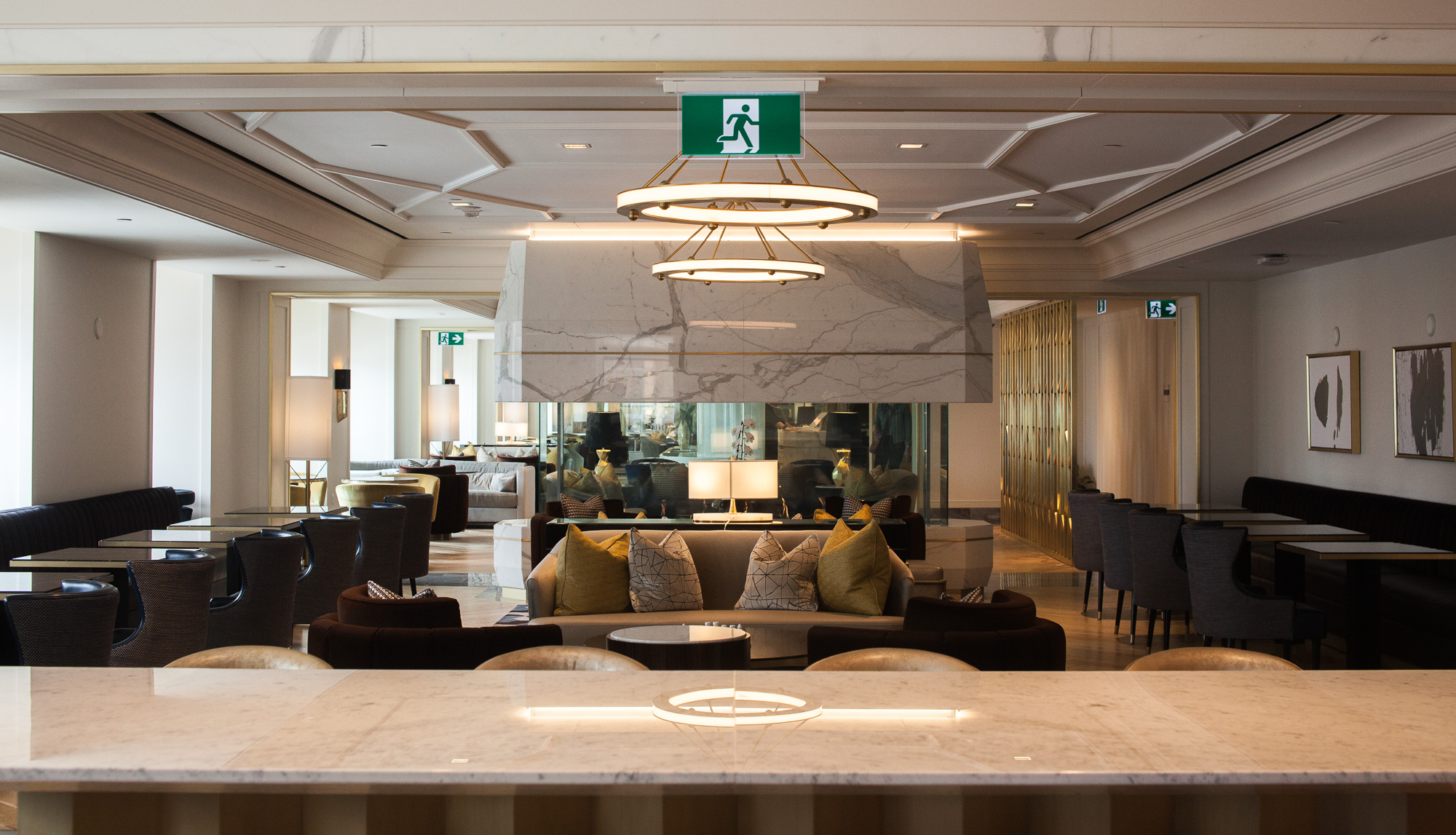 The artwork was curated by Tatar Art Project, a local art strategy firm: 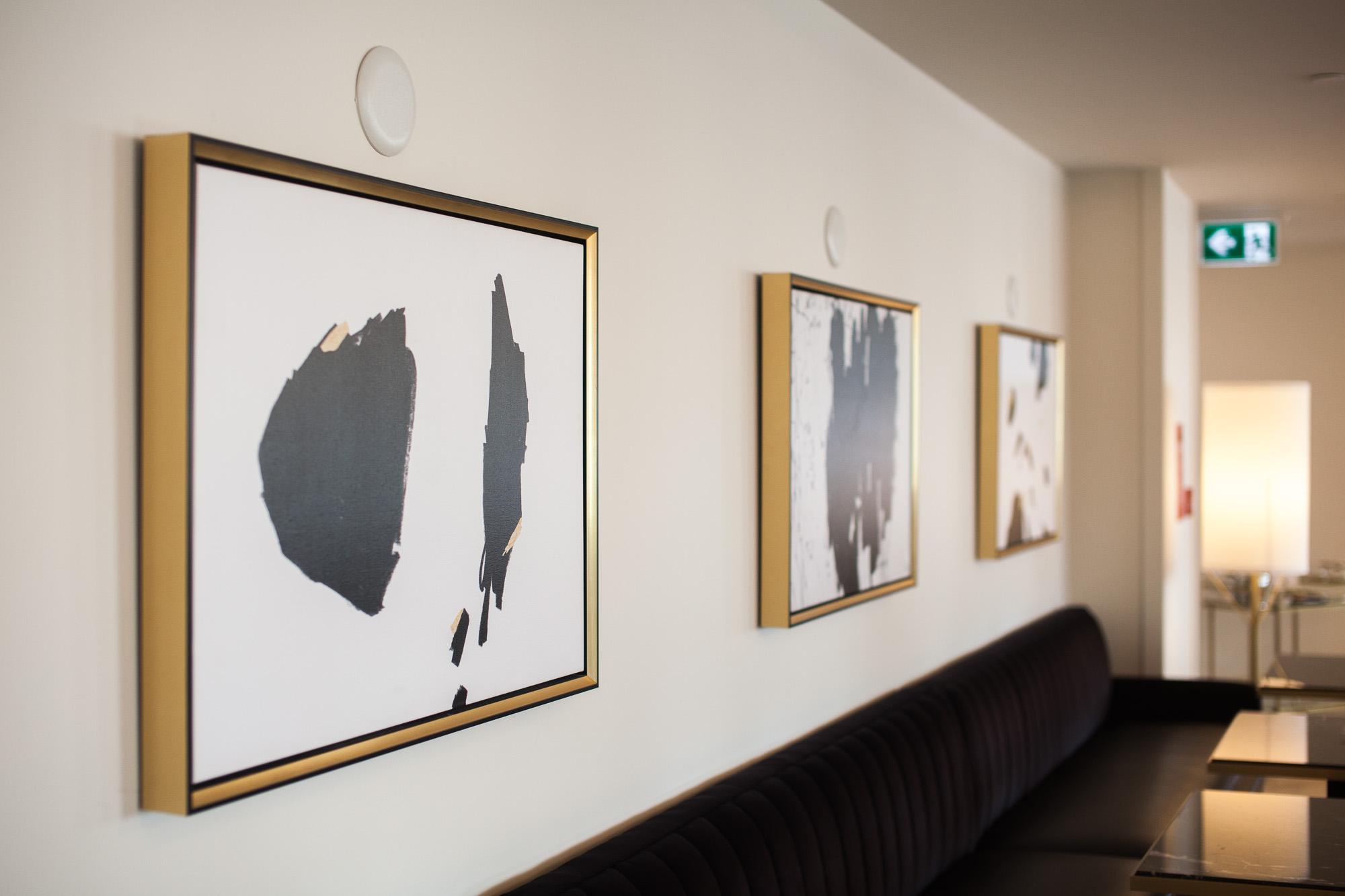 The library has a 10-seat marble boardroom table, as well as a collection of unusual books, including an antique set of Jane Austen novels: 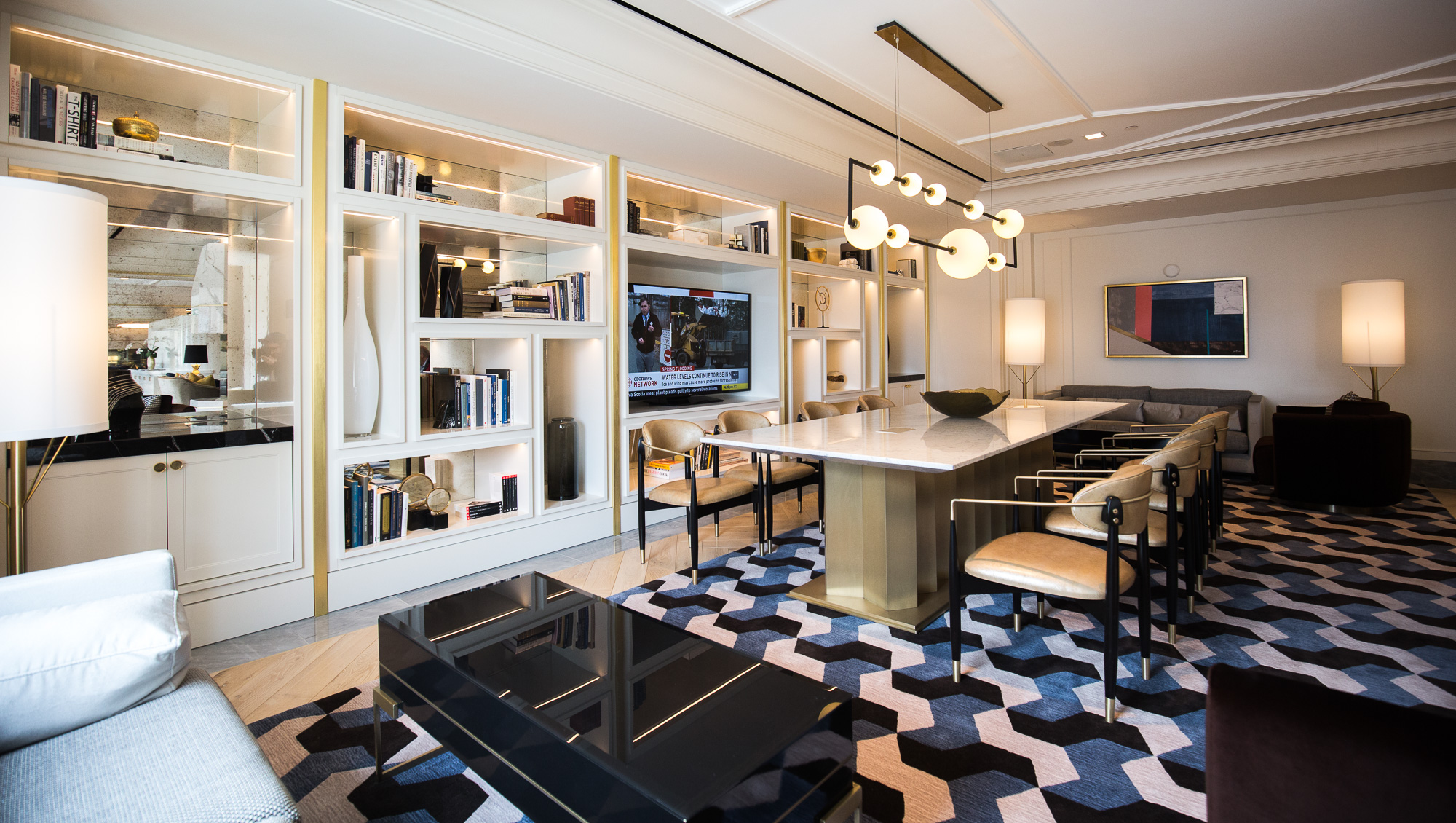 Champalimaud wanted to create a residential feel, which is why the dining area has the look of an upscale kitchen. The marble countertop has induction panels built into it, and there’s another counter that has freezer panels, so charcuterie and other goodies don’t have to sit atop ice trays: 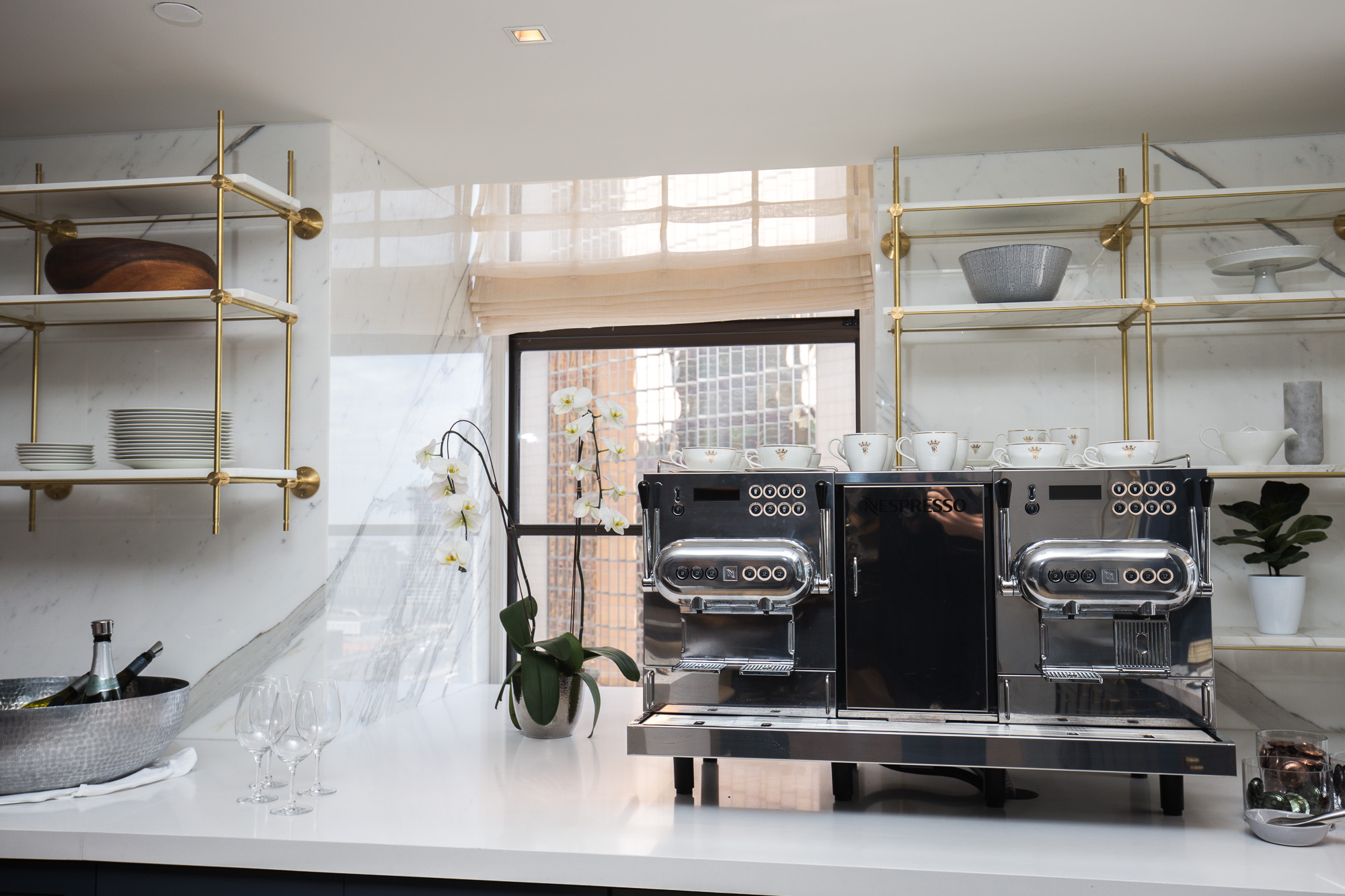 Here’s the honour bar. The soft drinks and snacks are complimentary: 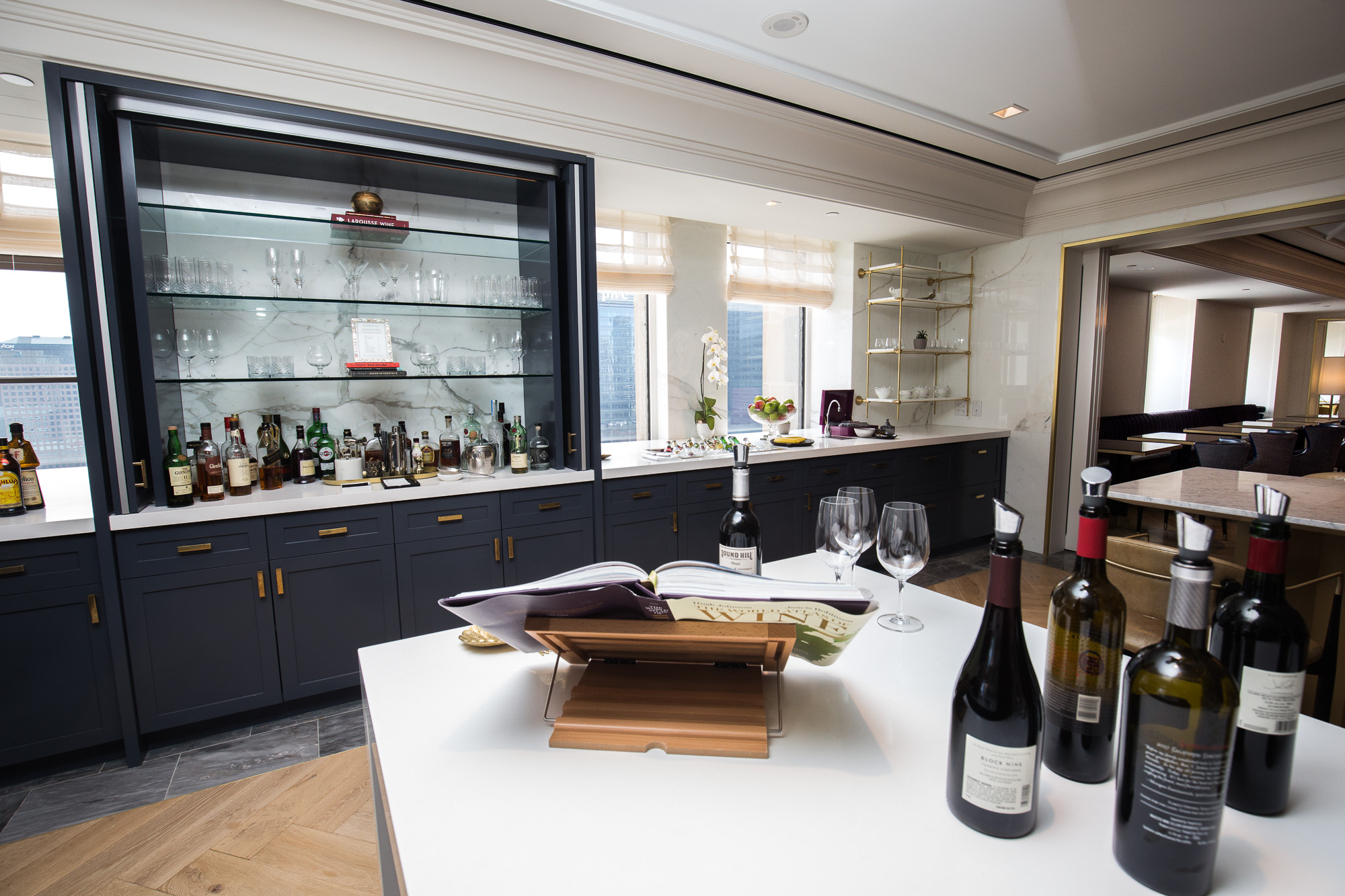 This gin, distilled by Dillon’s, was made with an herb blend inspired by the Royal York’s rooftop gardens: 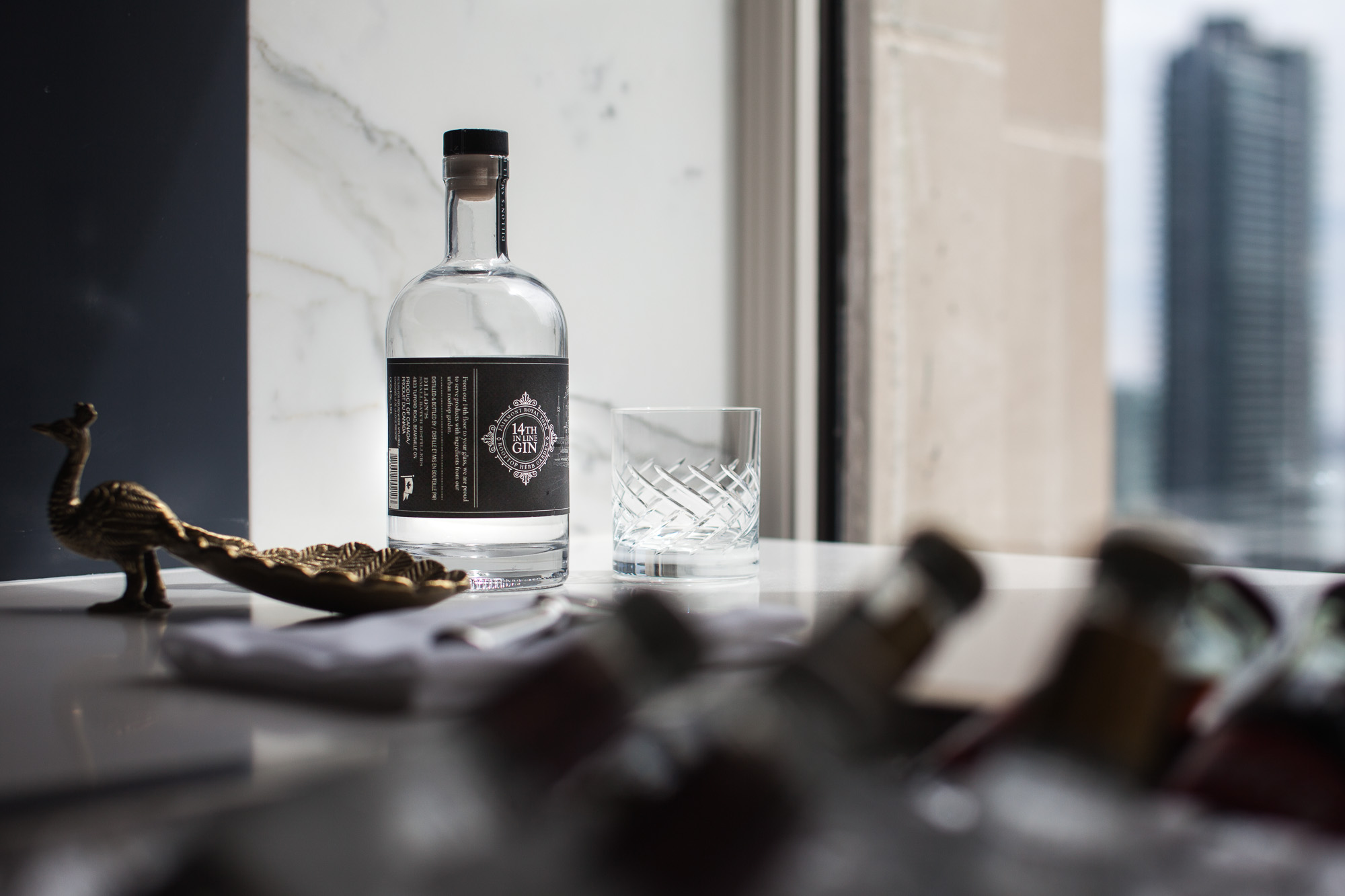 And those gardens are visible from the dining area: 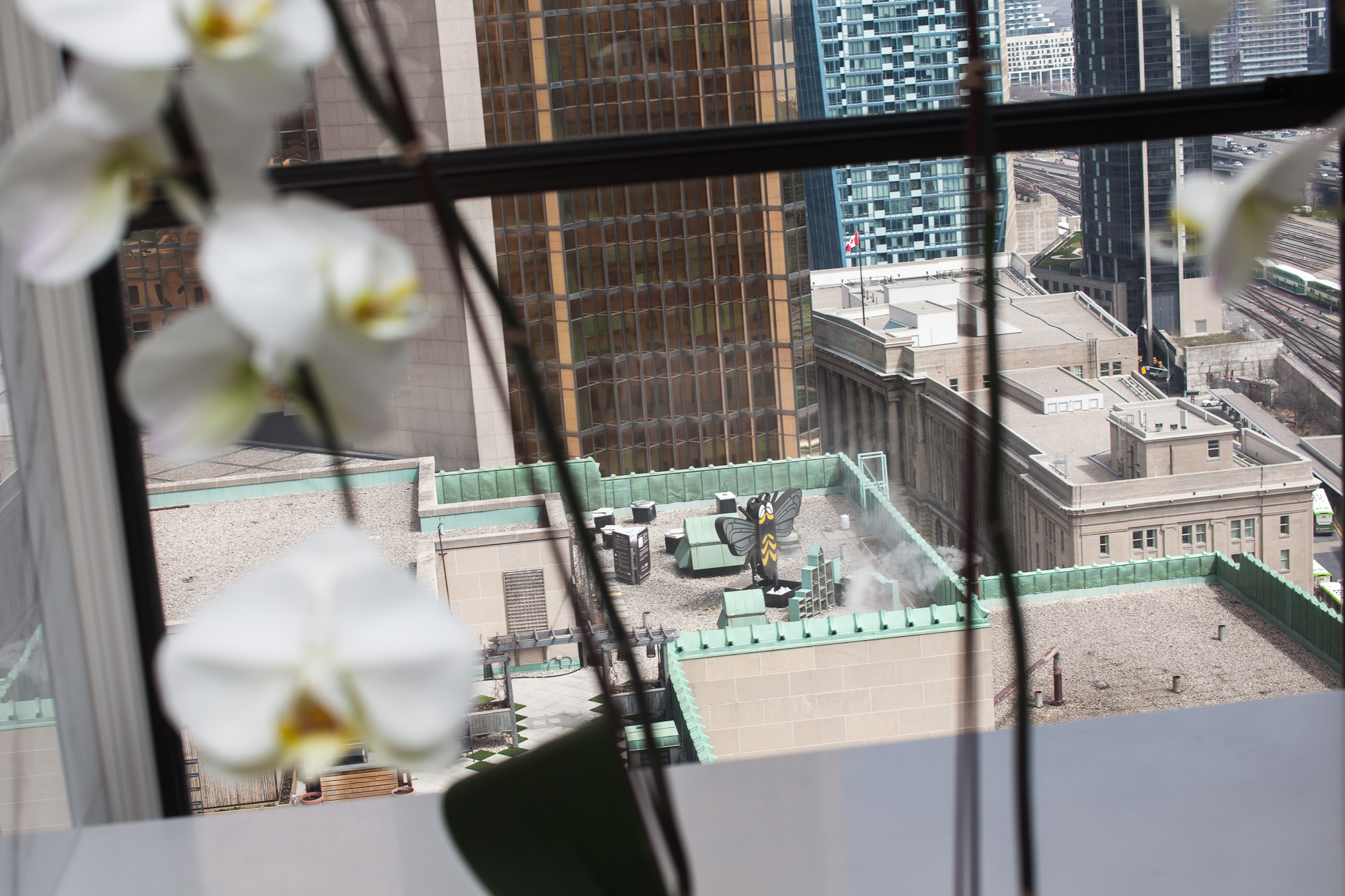 The ebony side tables have built-in USB plugs: 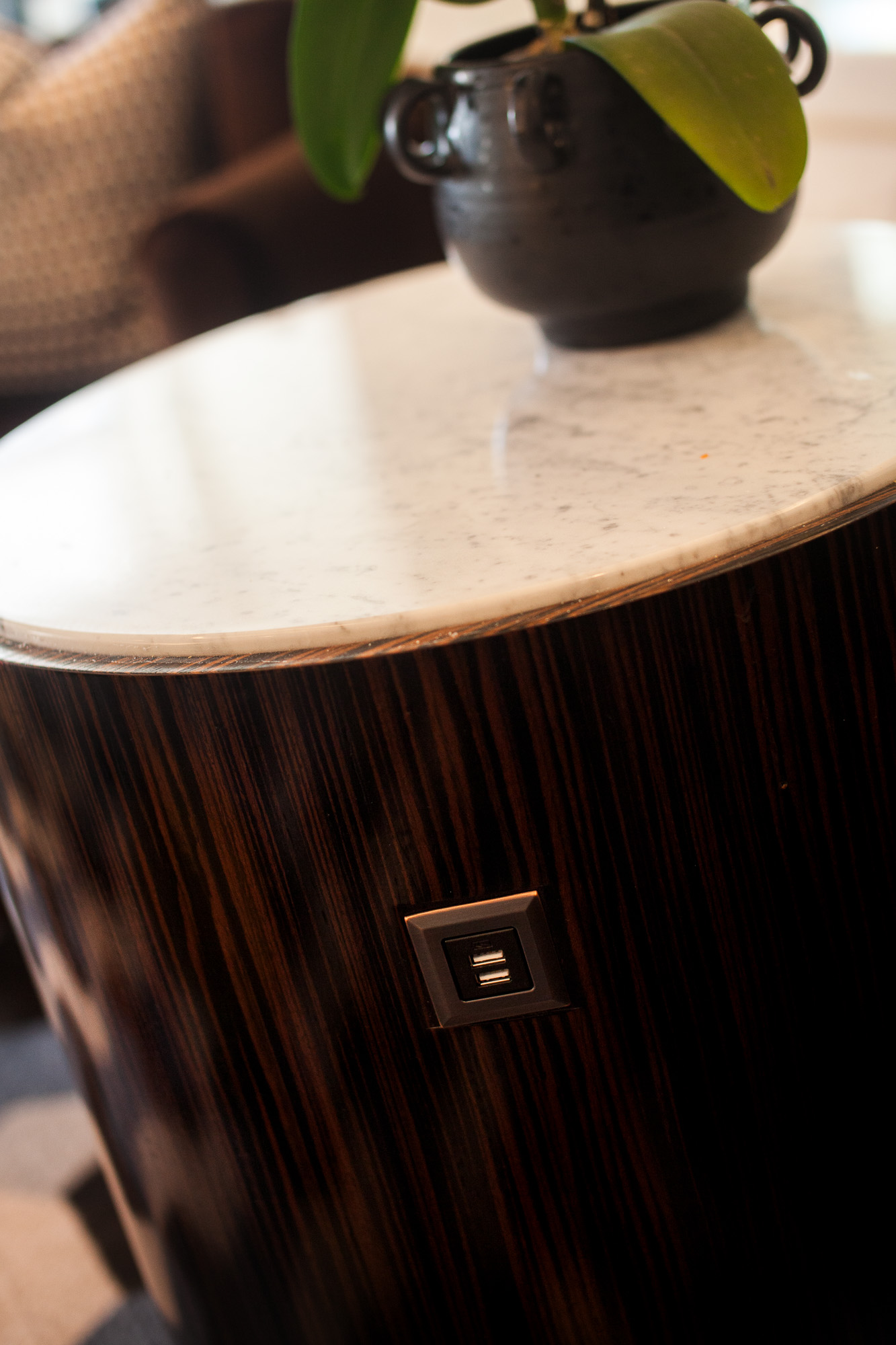 The gold, cubist lamps are from Britain’s Porta Romana: 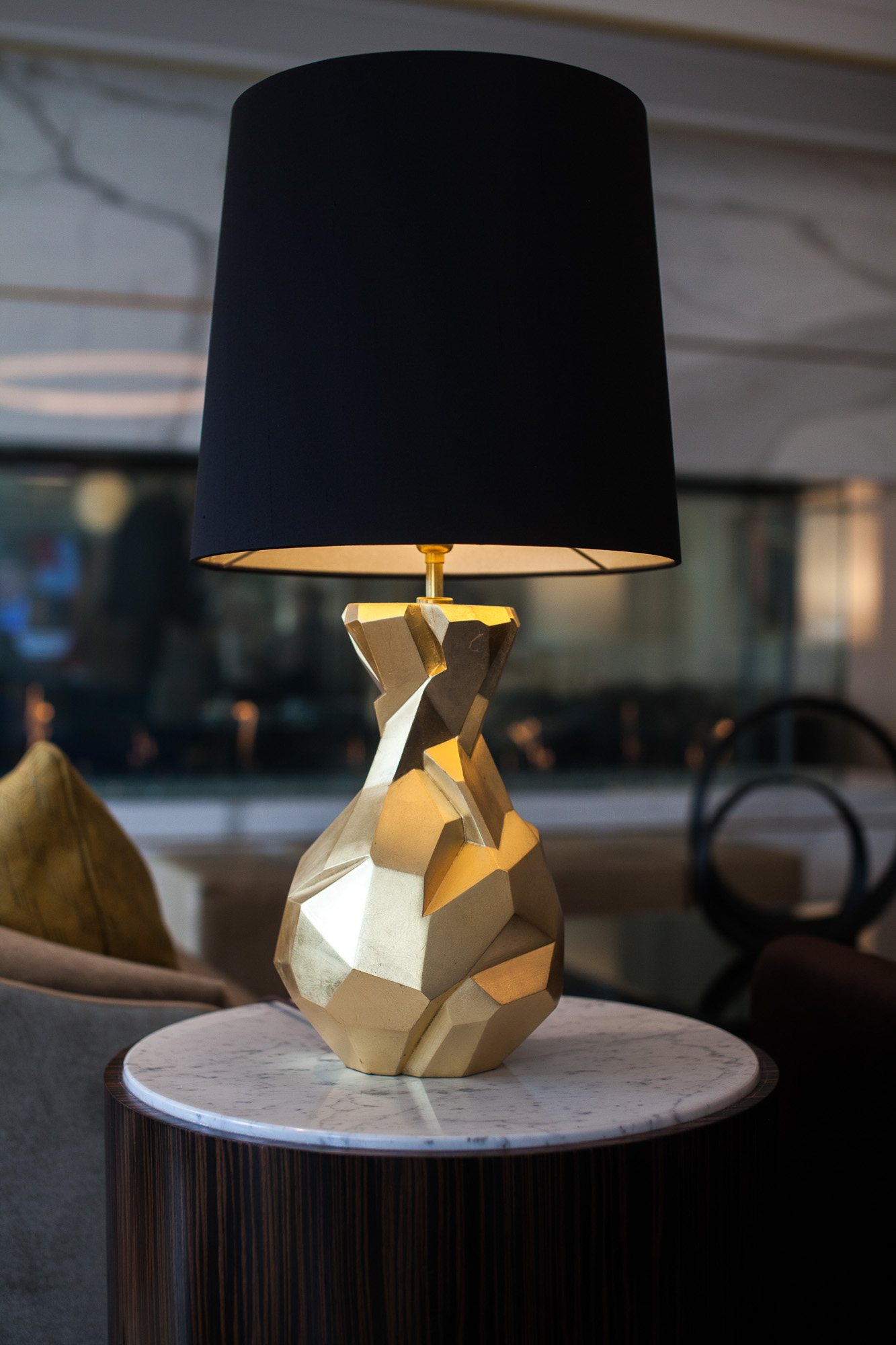 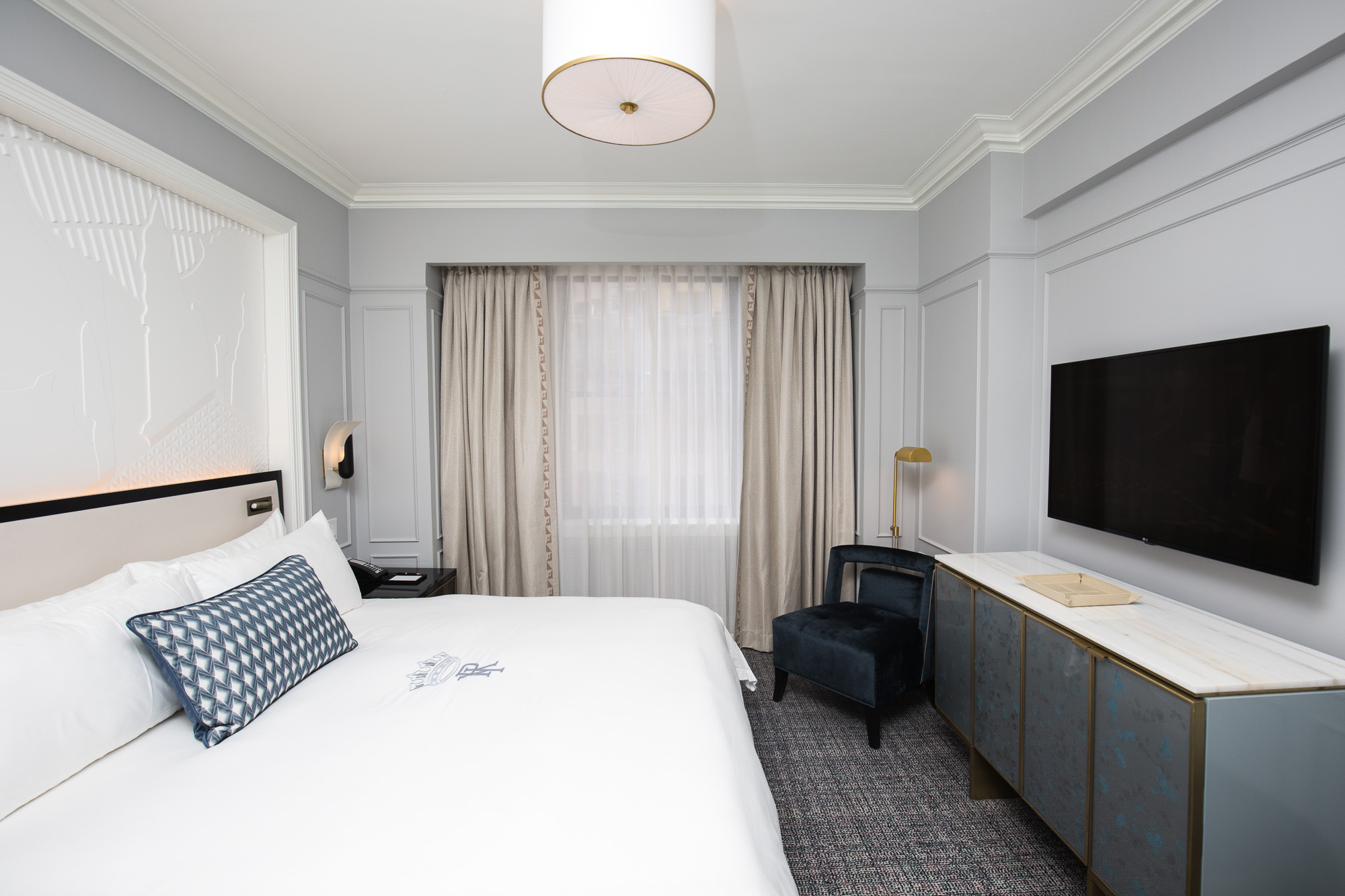 Each of the marble-clad Fairmont Gold washrooms comes with a walk-in rain shower. Some have deep Victoria + Albert soaker tubs: 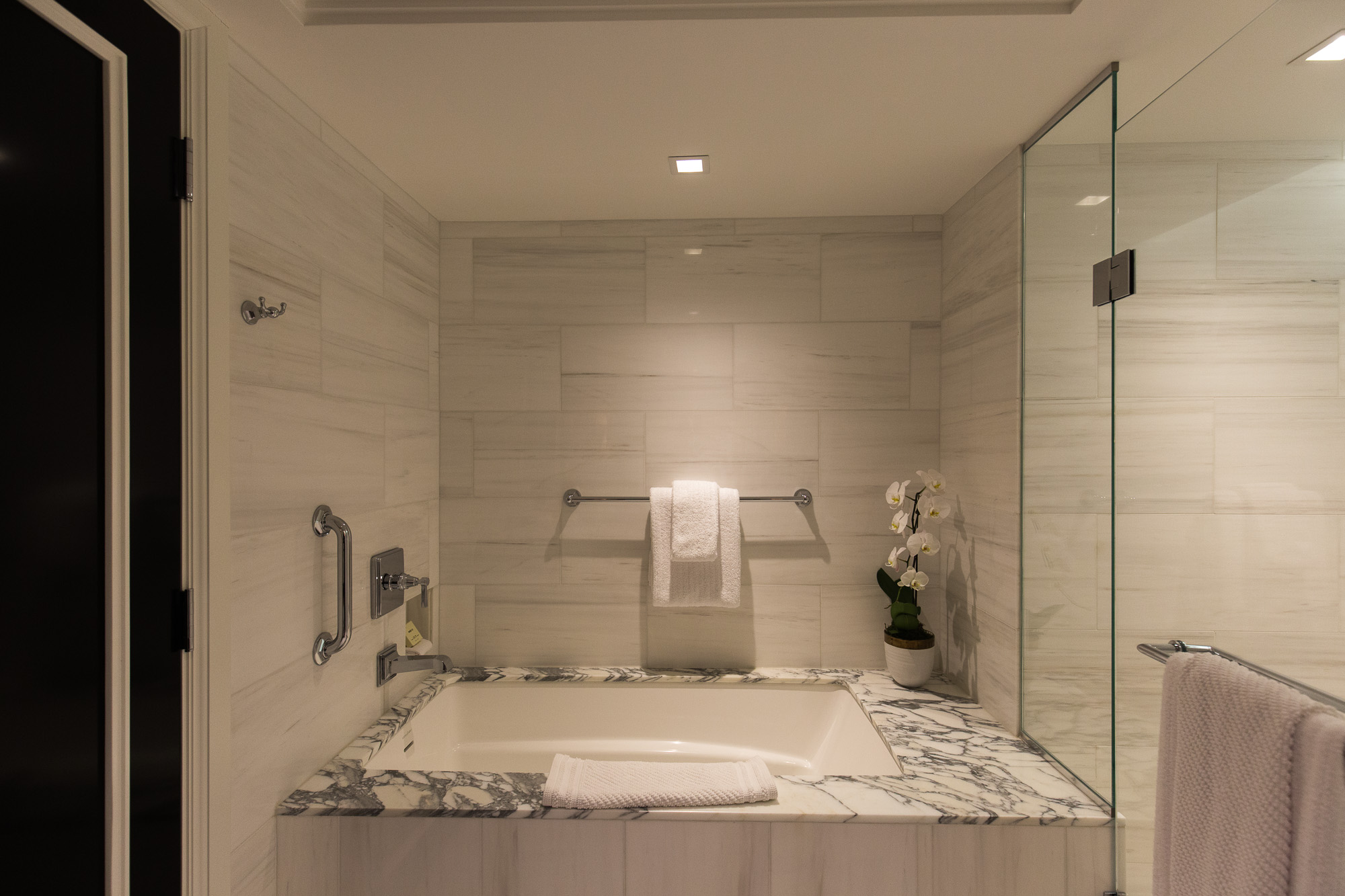 Each shower is outfitted with a SkinJay, a European shower gadget that diffuses essential oils in the shower steam: 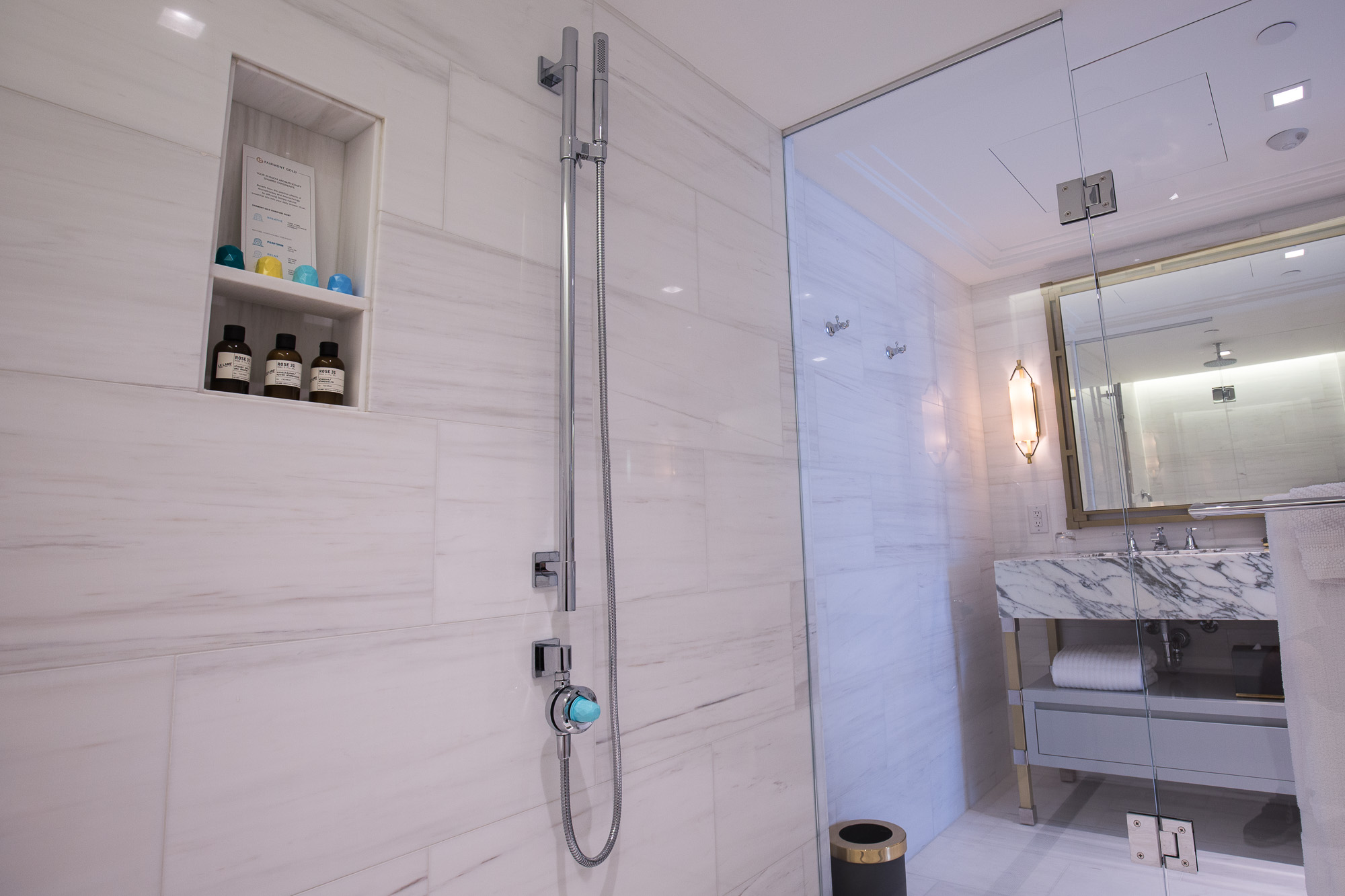 The beds are swaddled in 300-thread-count Casarovea sheets from Italy. The white-painted wooden headboards are abstract representations of the Toronto skyline: 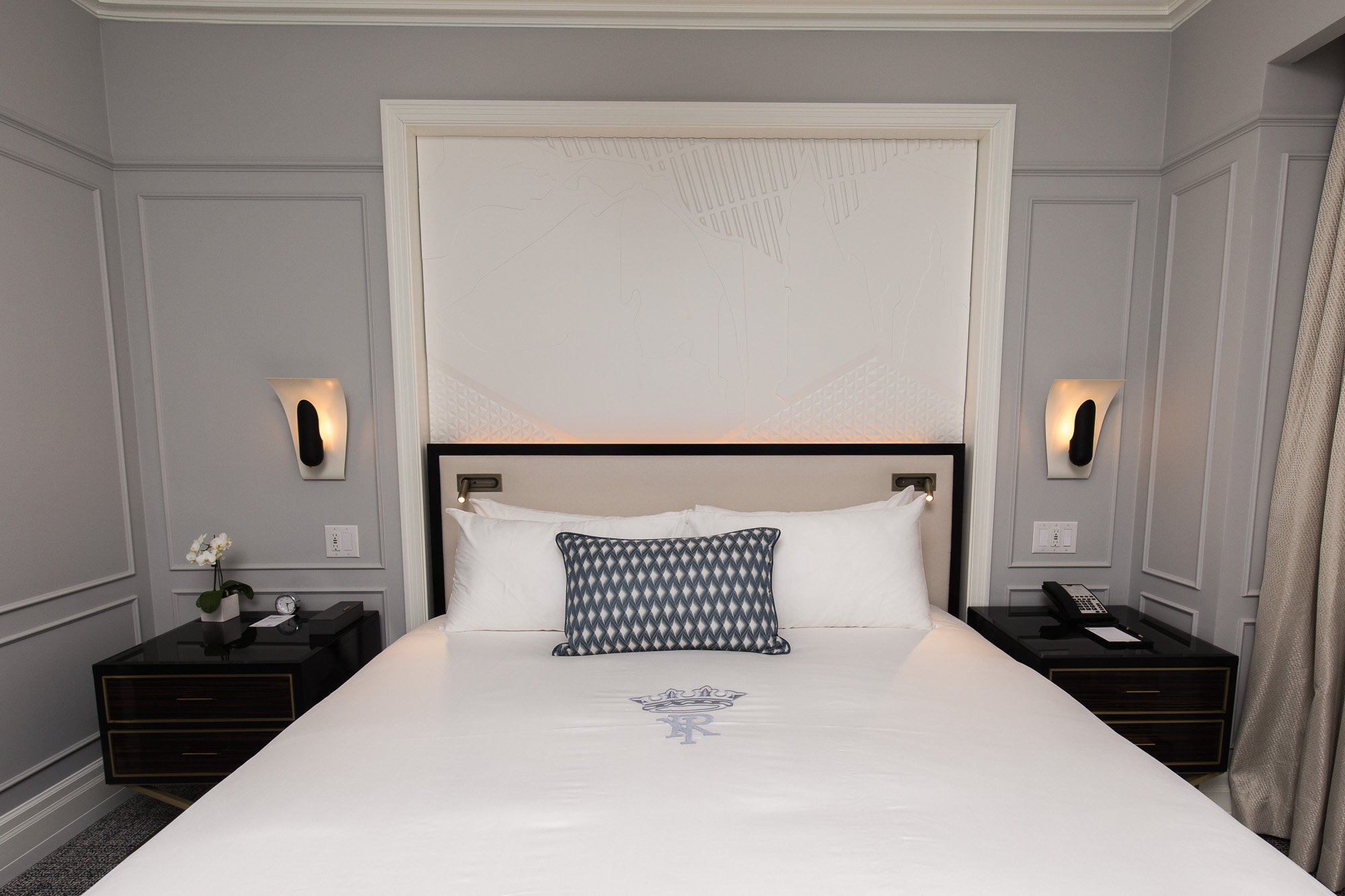 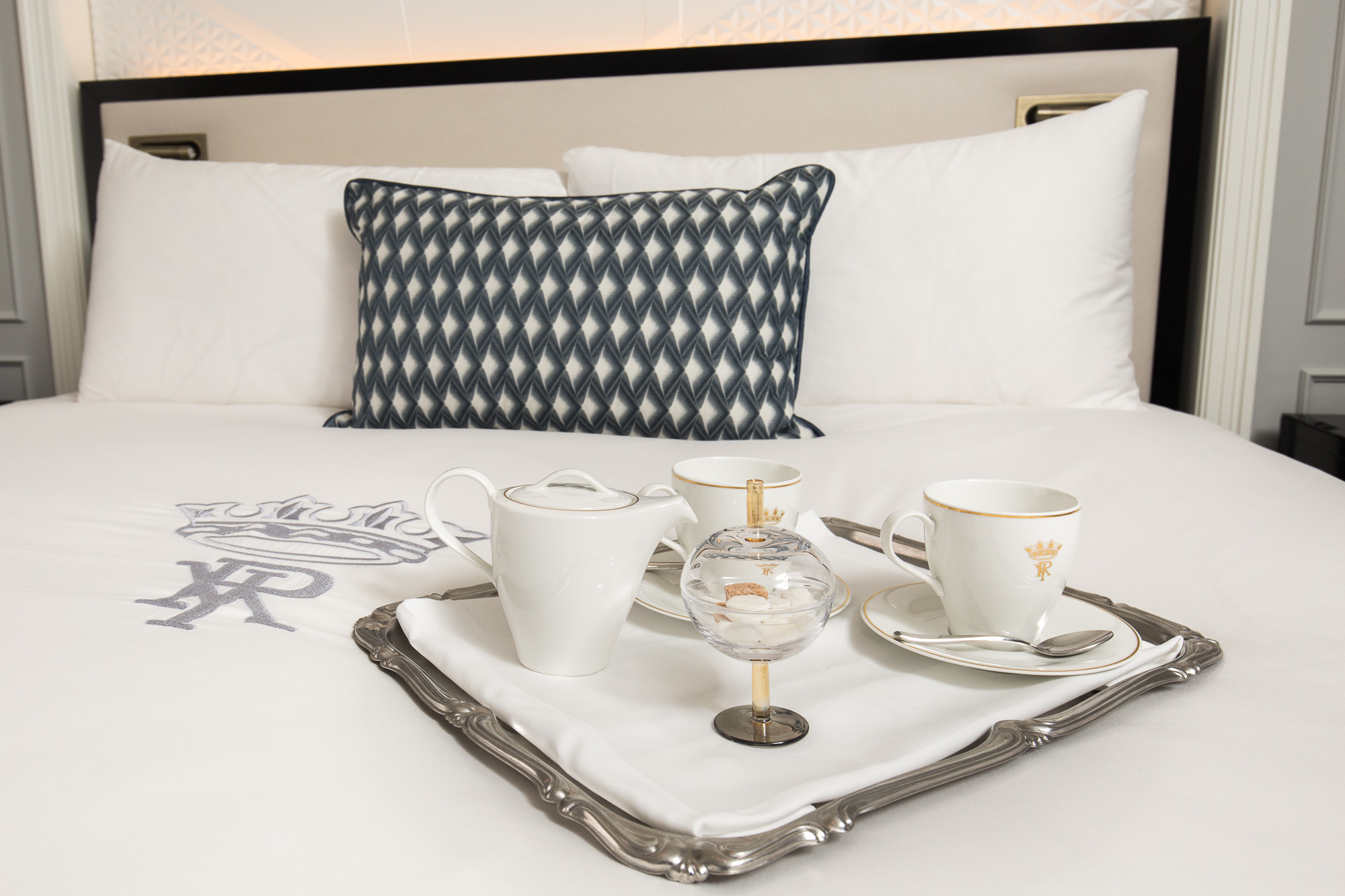 This post originally said that the Dillon's gin served at Fairmont Gold was made with herbs sourced from the Royal York's rooftop gardens. In fact, the gin's herb blend is inspired by the gardens, not sourced directly from them.