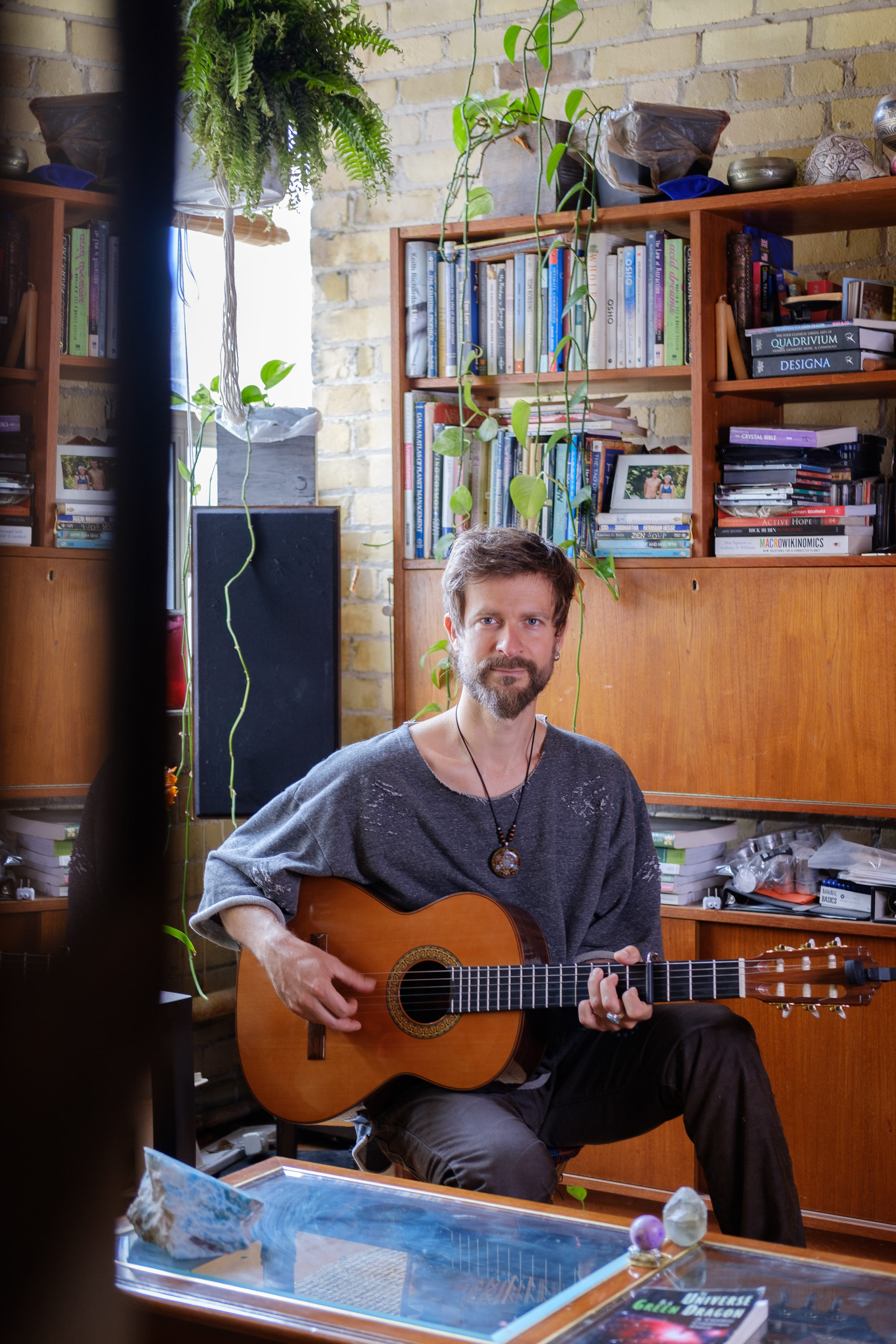 Snappy (his legal name since 2010) started playing music at 11 years old, and eventually discovered he wanted to do more than strum his bass. “I love the journey of producing and songwriting,” he says. After studying at the Harris Institute in Toronto and then working in a recording studio, he opened his own home studio in 2004. A few months in, he got a notice that his building was being torn down, and he had six months to move. He found his current apartment, a third-floor unit at Queen and Parliament, through his old landlords. Someone had left abruptly, and the interior was in disrepair. Snappy saw the potential of the wide-open, thousand-square-foot space, and took it immediately.

He decided to build out the unit himself, and has been adding to it over the past decade. The first room he made was a soundproof control room, which he completed within a week of moving in. Next, he made a tiny, 90-square-foot insulation room. (The floor floats on 16 hockey pucks and isn’t touching any walls, meaning there’s no meaningful noise interference from the Queen streetcar or the building’s elevator.) The space is wired so that recording is possible anywhere inside, and Snappy has filled every room with quirky pieces of art and decor he picked up during his travels over the years. He thinks the apartment’s eclectic appearance makes it seem inviting. “People tend to feel very open to express their artistic voices here,” he says.

Here’s his bedroom. The wind chime came from a small town in northern California that he visited in 2012 on the way to Burning Man. Snappy plays it every morning with his feet: 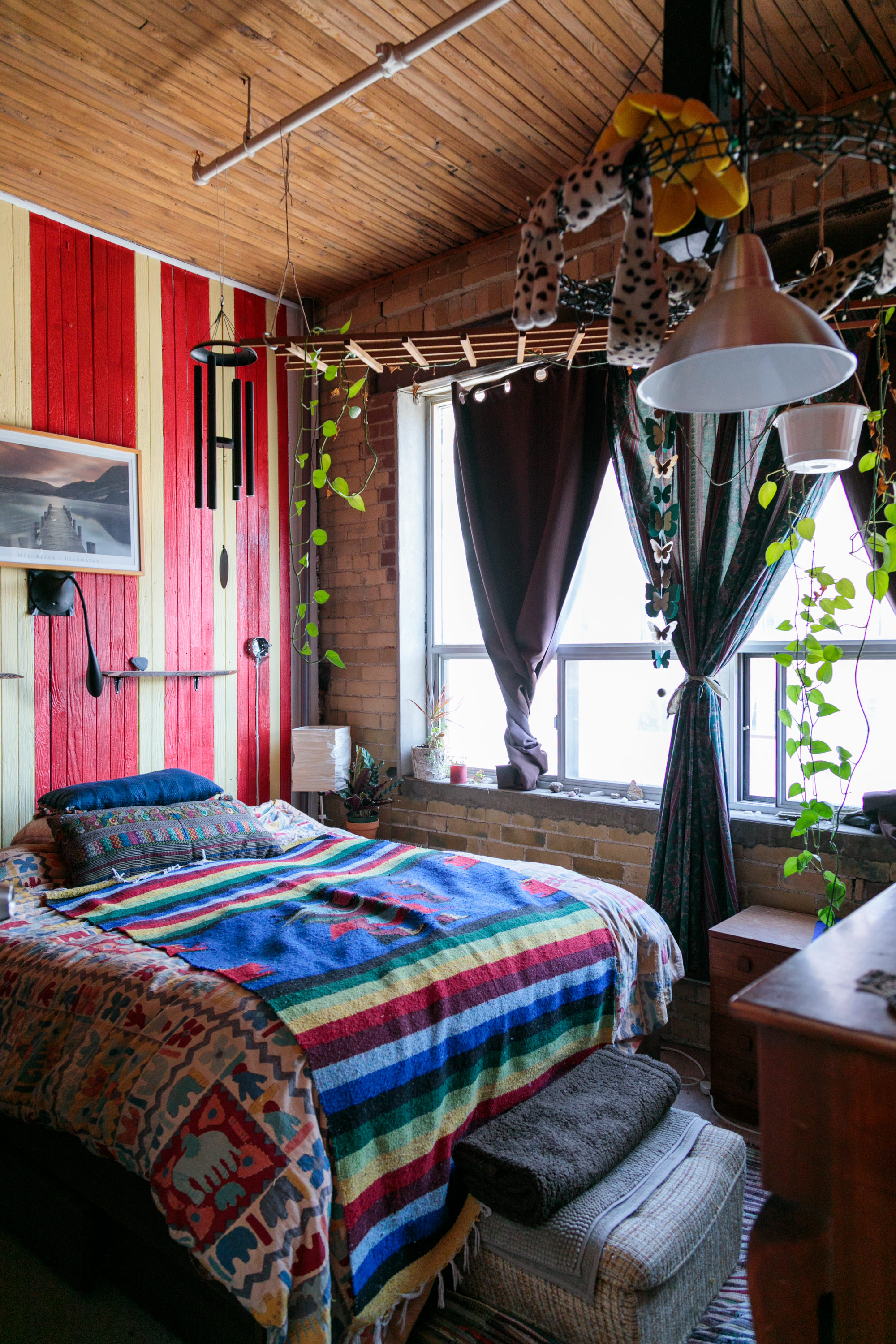 This is his DJ setup. He finds his work shifts seasonally: in the winter he does more recording of his own music and other bands, while summer tends to be about mixing and mastering electronic music: 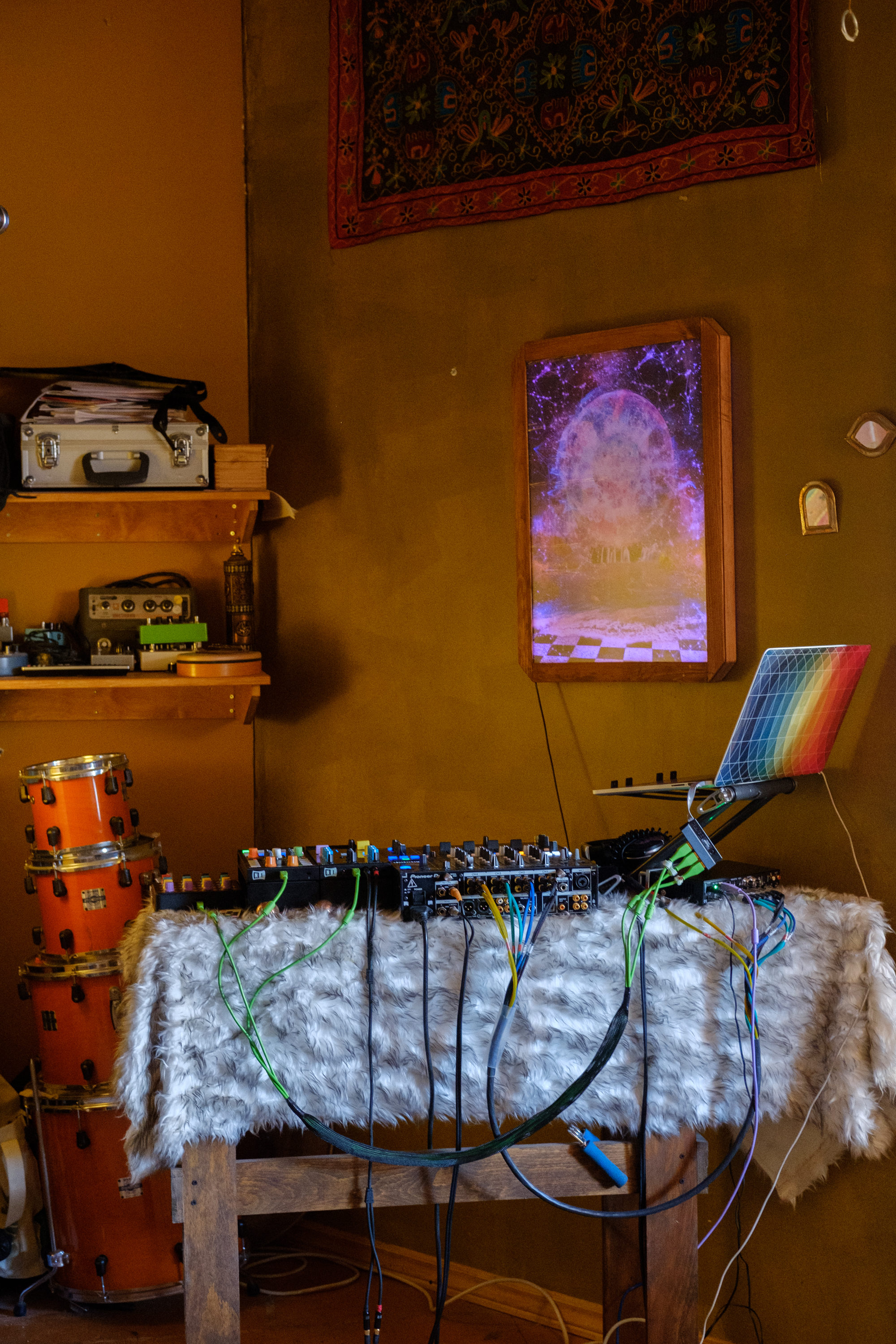 The living room functions as a live recording room for percussion and horns. The teak wall unit was handed down to Snappy by his parents. It was the first thing they bought after arriving in Canada from Holland in 1970. On the floor is a Tibetan singing bowl he lugged around Tibet, Nepal and India for 11 months: 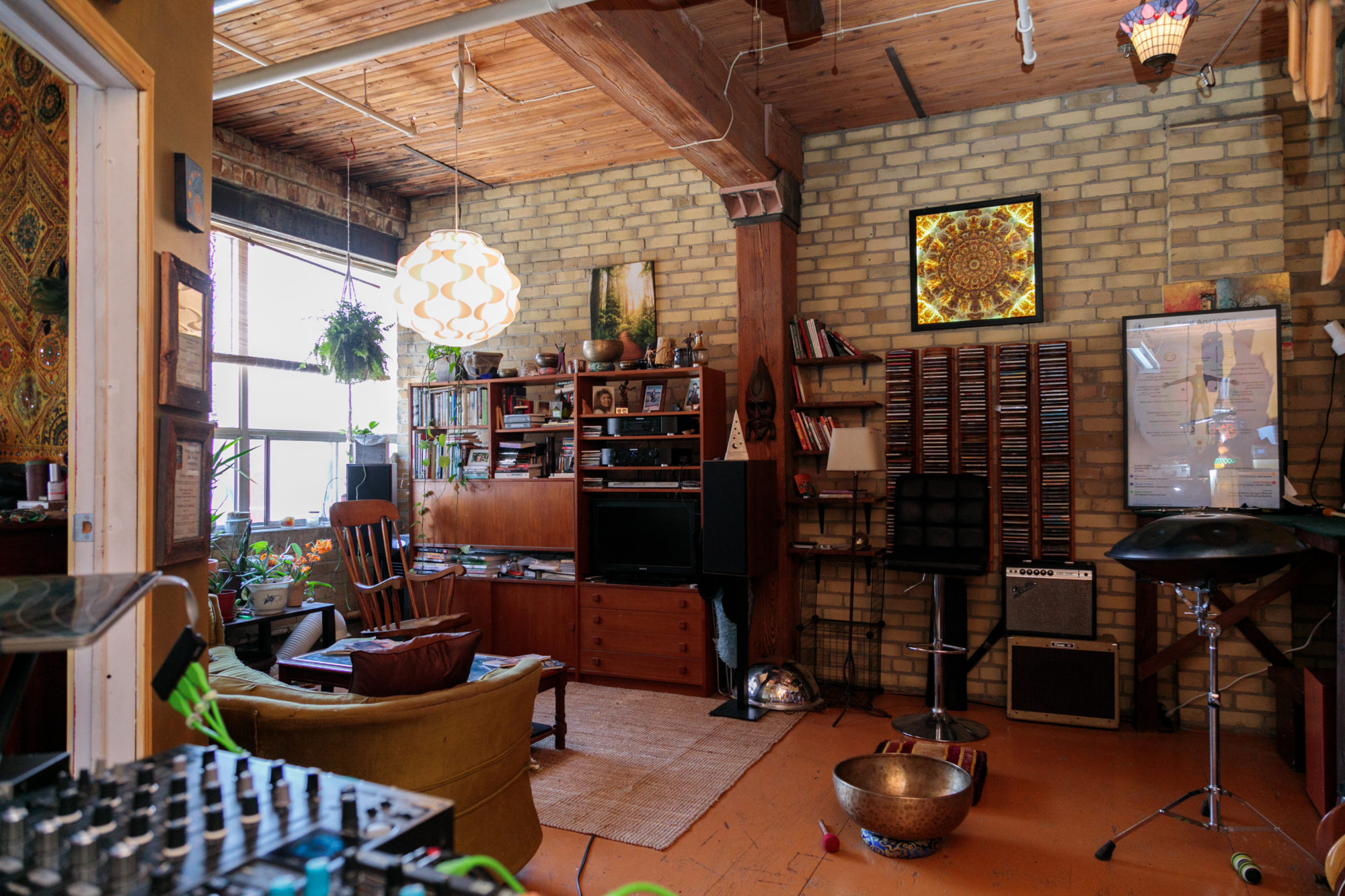 Snappy is training to become a biofield practitioner, which is a form of sound healing. He uses the bowl to create soothing tones: 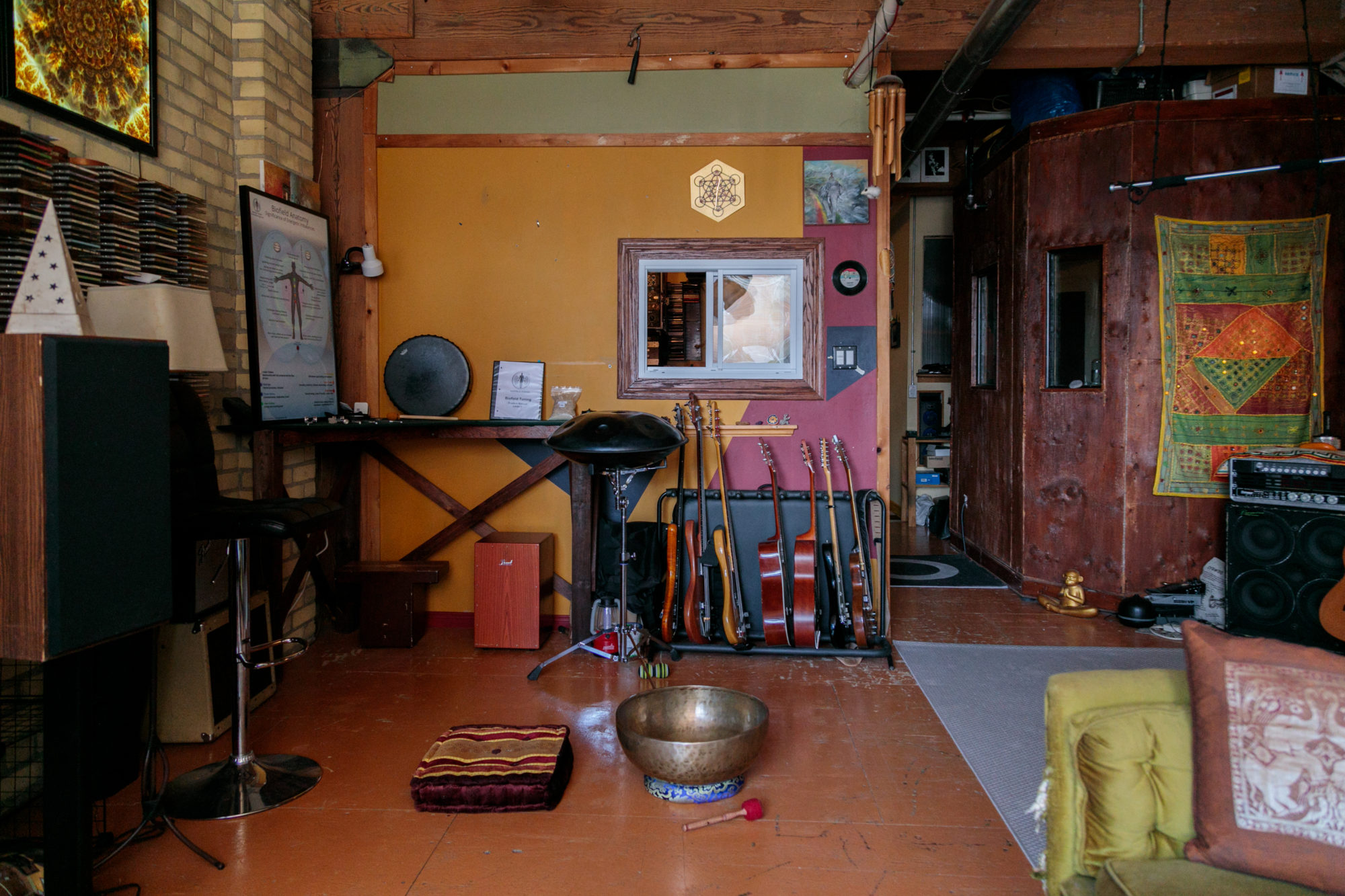 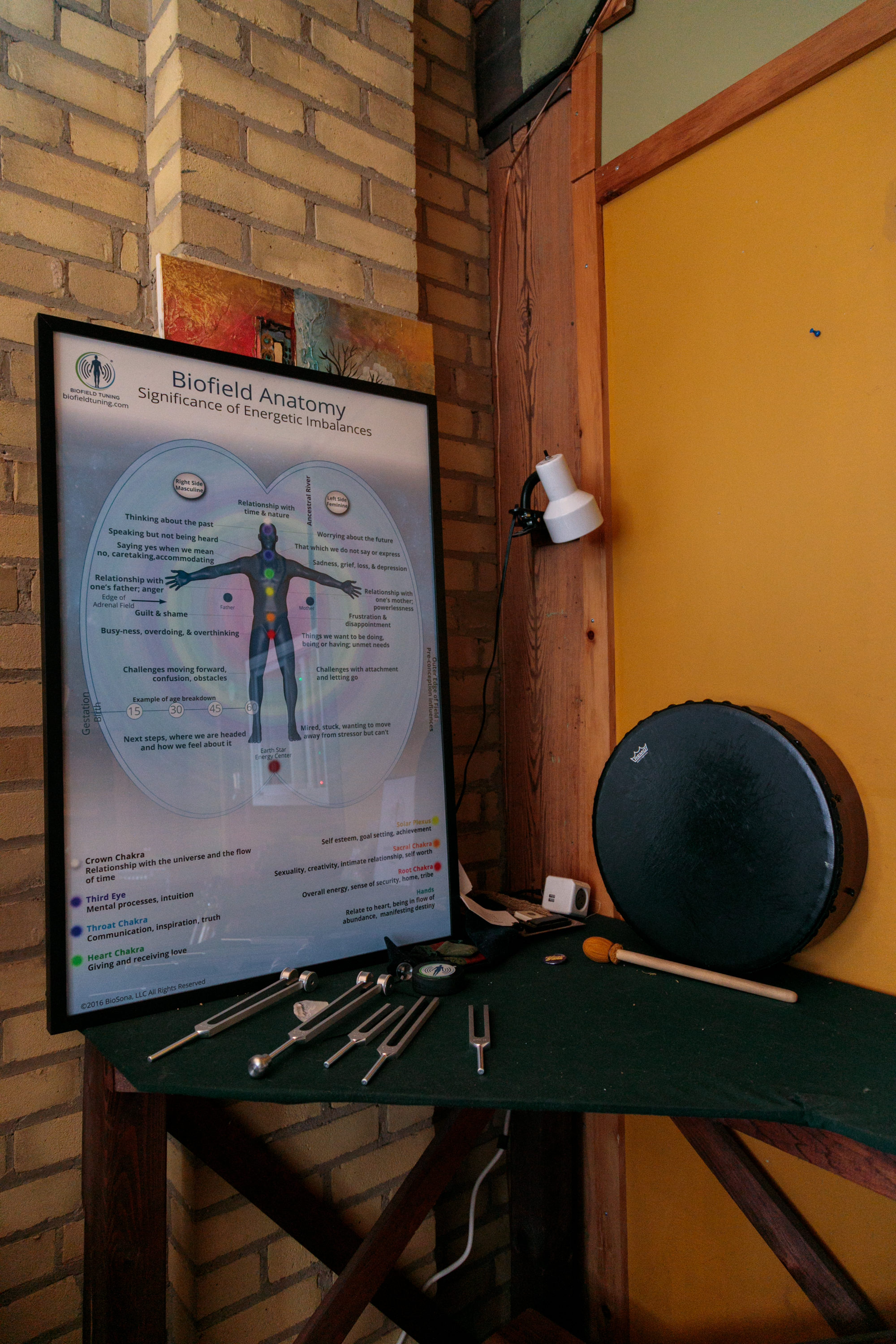 In the kitchen, the collection of images on the metal wall are from his adventures in Bali, Mexico, India, France, Holland, California, Newfoundland and Burning Man: 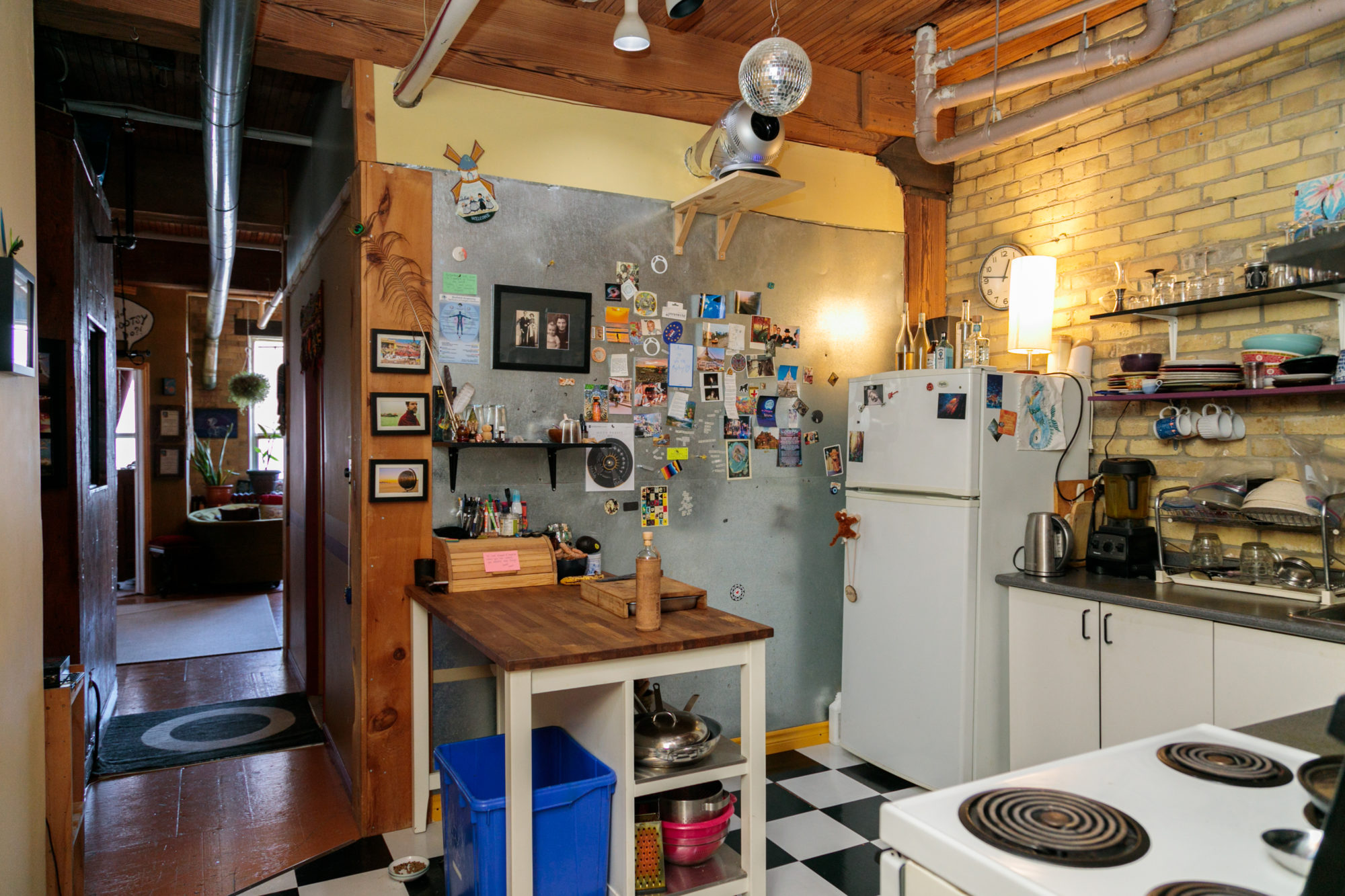 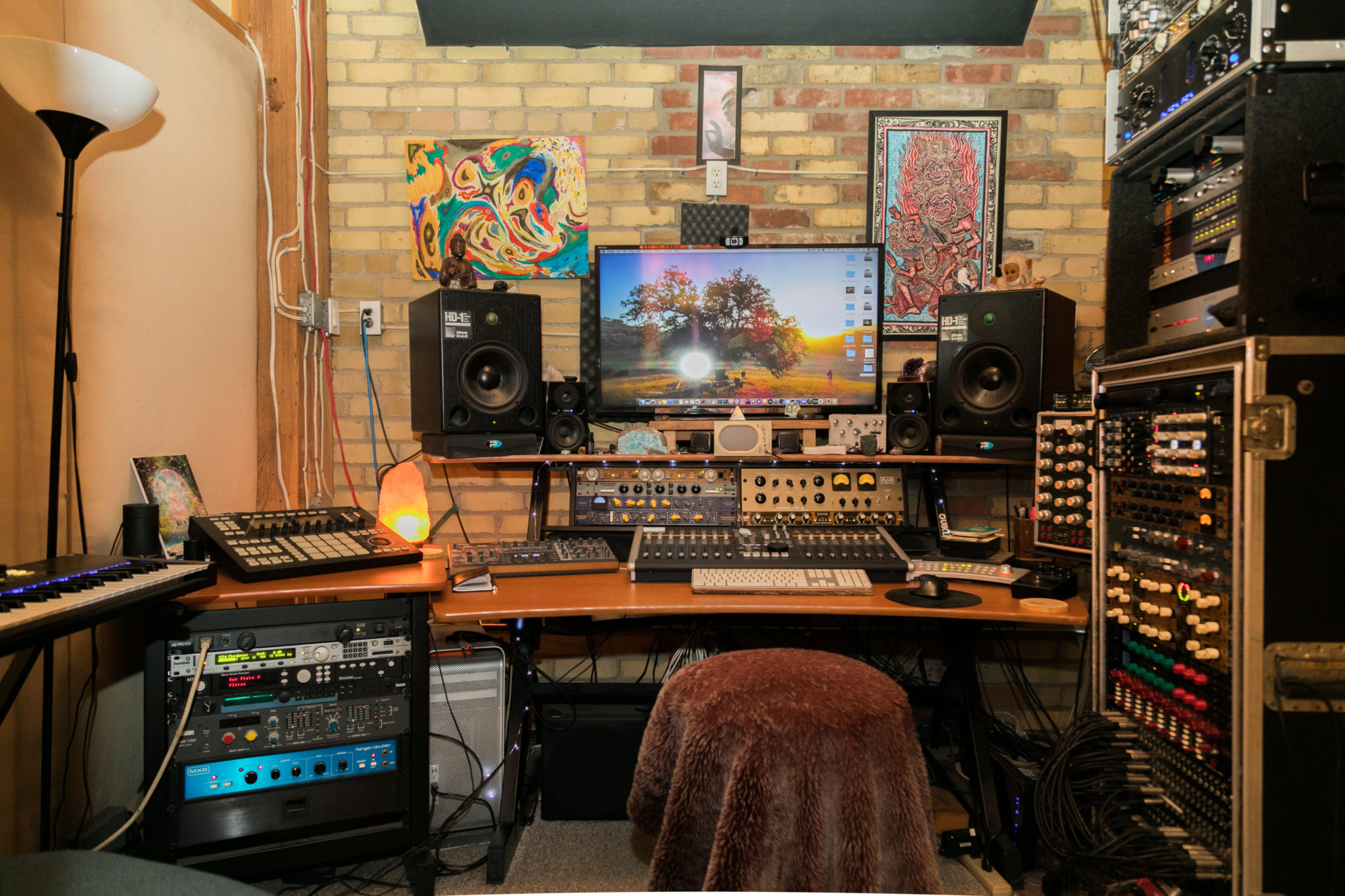