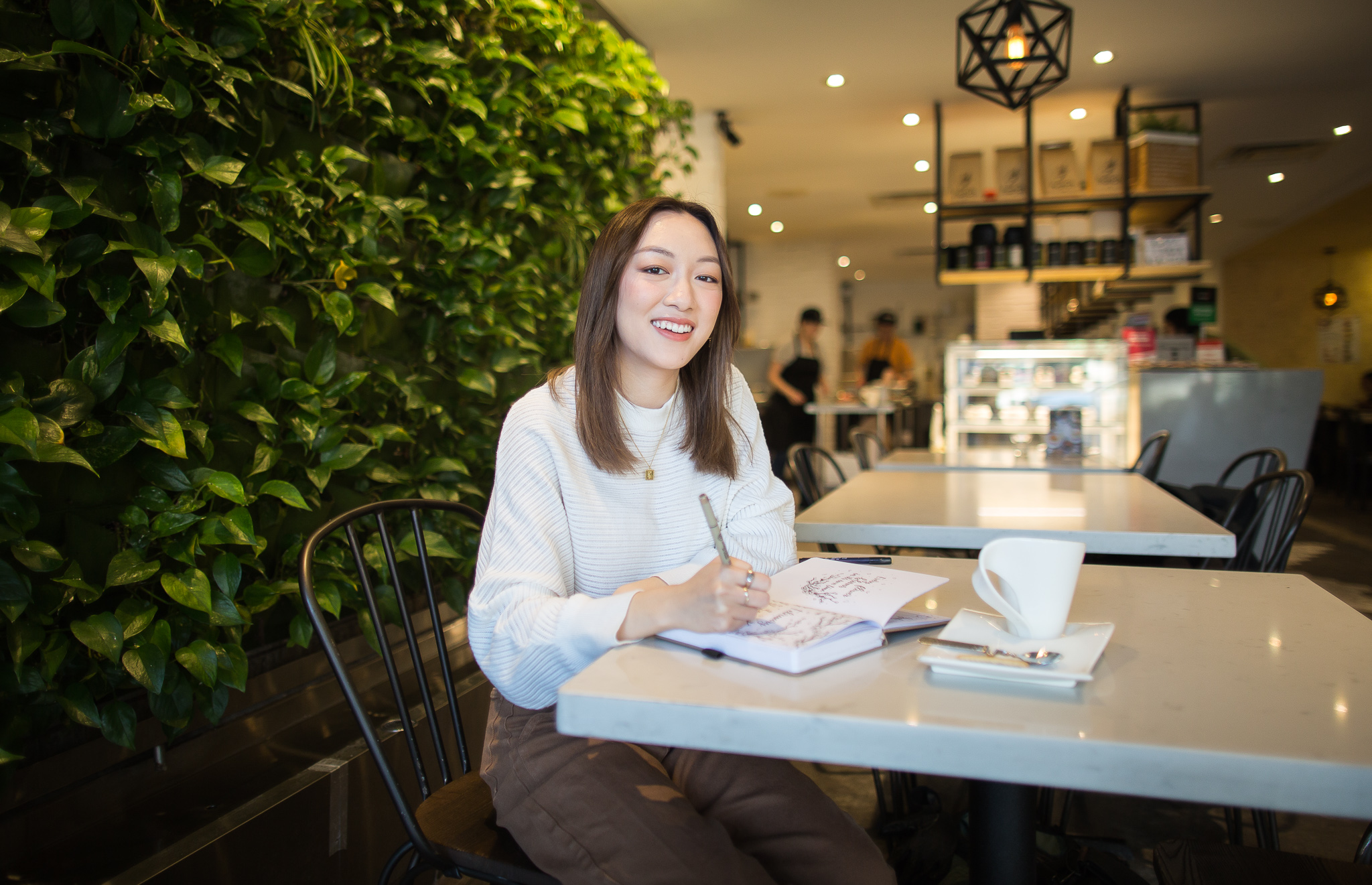 I started my YouTube channel in Grade 9. At first, I made a lot of videos on DIY crafts, makeup and fashion. I didn’t really think much of it. It was just something I did for fun, and I would only get a few thousand views per video. I filmed with a red mini digital point-and-shoot camera. I didn’t even have a tripod, so I used a stack of books. I learned how to put videos together through trial and error and internet tutorials. I would edit the videos with fun effects, illustrations and music. At the time, I was majoring in visual art at Earl Haig Secondary School in Willowdale. Funnily enough, even though I was in an art program, I didn’t draw on my channel. The videos were a creative outlet that wasn’t traditional art. 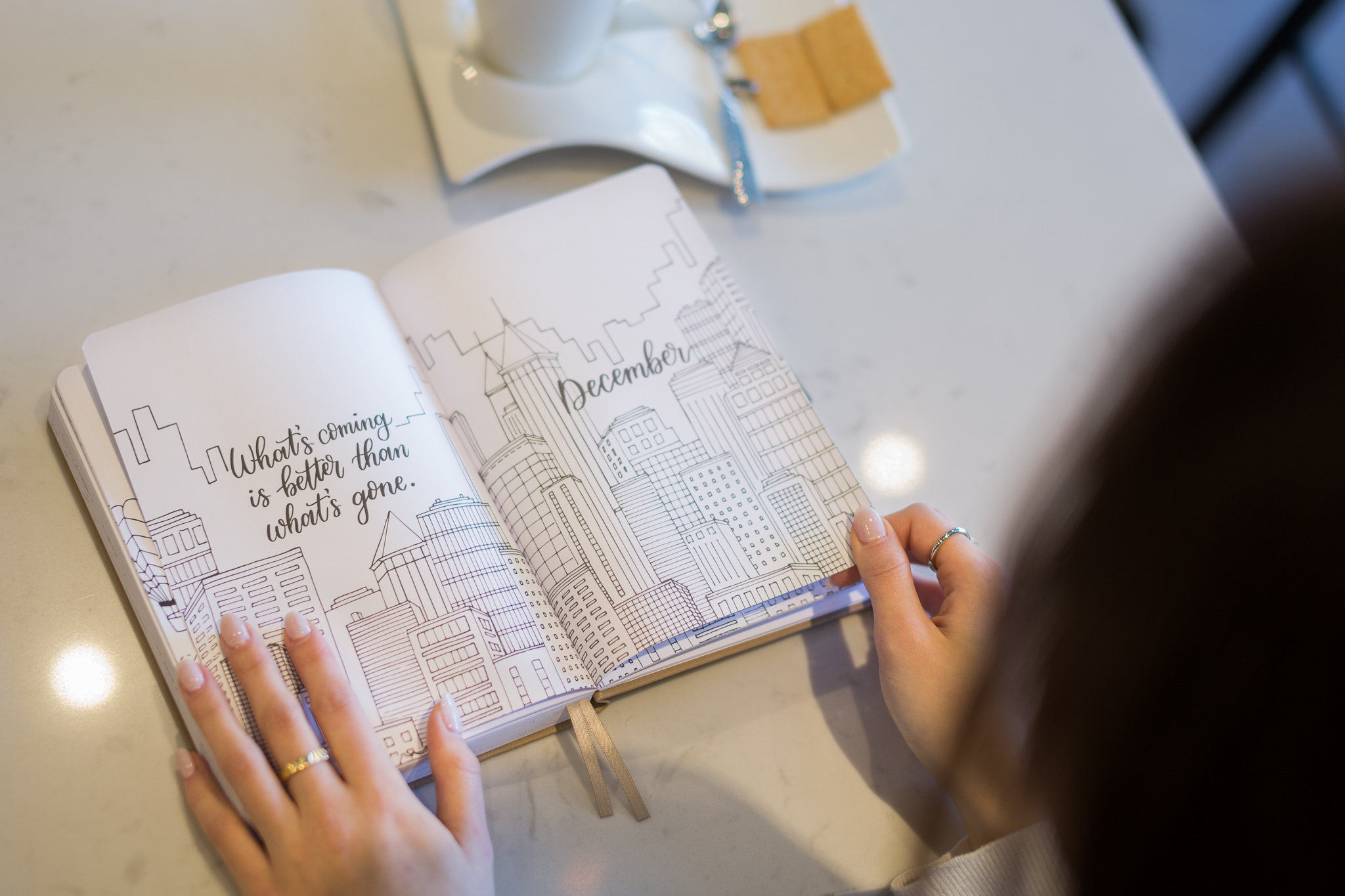 My first viral video—a dollar-store DIY room decor tutorial—came out the summer after I finished high school. At the time, the minimalist Tumblr aesthetic was very popular, so I created room decor pieces inspired by that. By September it had a quarter of a million views.

Despite the viral video, it wasn’t enough for me to consider going full-time on YouTube, so in fall 2016 I started at U of T’s Rotman School of Management. I only had about 50,000 subscribers at the time, and my parents saw YouTube as a hobby. But I quickly realized business school was not for me. There was no creative atmosphere at all. Just a month in, I decided to defer to the next fall semester, hoping to enroll in a creative program at a different school. I thought, this is my year. I can do YouTube 100 per cent and see where it goes.

At the end of 2016, I discovered bullet journaling, an organizational system created by a designer named Ryder Carroll that helps you schedule and plan out tasks. I posted my first bullet journal video in January 2017. Not many people were doing it back then, so I built an audience.

The first bullet journal video did well: I hit 100,000 subscribers shortly after posting it. I started doing monthly videos showing how I set up my bullet journal for the month. By August 2017, I’d fully transitioned into a bullet journal–building channel with 300,000 subscribers. That’s how I found my niche on the internet. Some people get that explosive, super-big video, and then they’re inundated with attention all at once. My growth on YouTube was steadier, growing by about 20,000 followers a month. It kept me level-headed.

In the fall of 2017, I started school at Ryerson in a media program. Once again, I quit after a semester to go back to YouTube full-time. Now, my bullet journal videos usually get between 500,000 and 1.5 million views. I post about once a week, sometimes up to three times a week. It can take three to five hours to film one 15-minute video. I come up with ideas and do some preliminary sketches before I film. It takes double the amount of time to draw something when you’re filming it because you have to make sure your hand isn’t blocking the camera. Editing takes the most time—about two full days, including recording my voiceovers—and I have a full-time editor who helps me with that. She’s actually my friend from high school.

In June 2018 I was able to buy a one-bedroom condo in downtown Toronto. I was so proud and so grateful that YouTube got me there. Three months later, I hit 1 million subscribers. It was surreal. I filmed my reaction, and I still get choked up every time I rewatch the clip.

I’ve worked with some big sponsors like Microsoft and Crayola. One of my favourite ones was with Samsung. They had a new phone with a pen, which I used to to create a lettering design. The video aired during the Emmys last year. I also worked with Warner Brothers to create some drawings for the film Detective Pikachu. I got to go to Japan for the premiere and meet the cast, including Ryan Reynolds.

In November 2019, I released my own $50 planner with hand-drawn illustrations, a mood tracker and a habit tracker. The day it came out, I did a pop-up shop and meet-and-greet in Toronto. Tickets sold out super-fast: more than 200 people showed up. The journal eventually sold out in three colours, and I’m thinking about adding more stationery to the shop too.

My parents have come around. At first, they were hesitant about YouTube, but as soon as I was able to support myself financially, they realized it was serious. Now they’re fully supportive—and they even help me out with business administration.

Are you Internet famous? We want to talk to you.