Inside Hotel X, a swish new place to stay at Exhibition Place

Inside Hotel X, a swish new place to stay at Exhibition Place 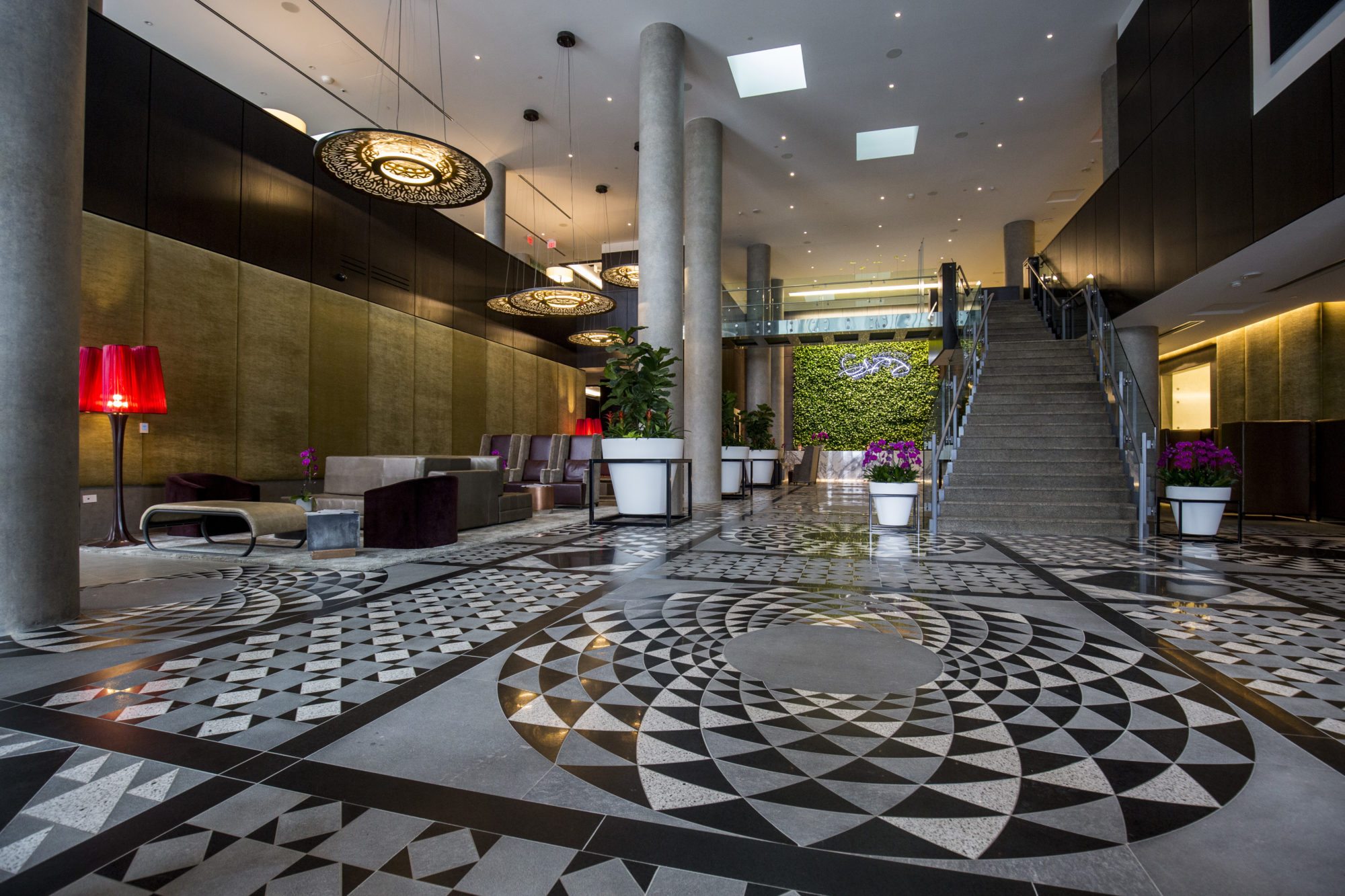 Hotel X, a behemoth of a tower that has seen its share of difficulties and delays over the past decade, is finally open for business at Exhibition Place. It’s managed by the Library Hotel Collection, a company known for fancy boutique hotels in NYC, as well as this delightfully Wes Anderson–like spot in Budapest. This 30-storey skyscraper, designed by Norr Limited, is by far the brand’s biggest undertaking.

Its location, opposite the Enercare Centre, caters to the conference-going crowd, but the resort-like complex has enough amenities to entertain anyone else who comes along. Once it’s totally finished, sometime this summer, it will have a cinema, four restaurants, a 90,000-square-foot athletic centre, and a 50-foot pool on the 28th floor with a view of the lake.

The hotel is in its soft-opening phase for now. Guests can stay in one of the 404 rooms, dine at Maxx’s Kitchen, a casual restaurant on the second floor, or enjoy the lobby, with 30-foot ceilings, mosaic tiling and a giant marble reception desk in front of a towering living wall.

All the artwork in the hotel, including this giant panel in the lobby, is by Neil Dankoff, a Toronto-based travel photographer who specializes in nature and wildlife. The hotel commissioned 800 of his pieces: 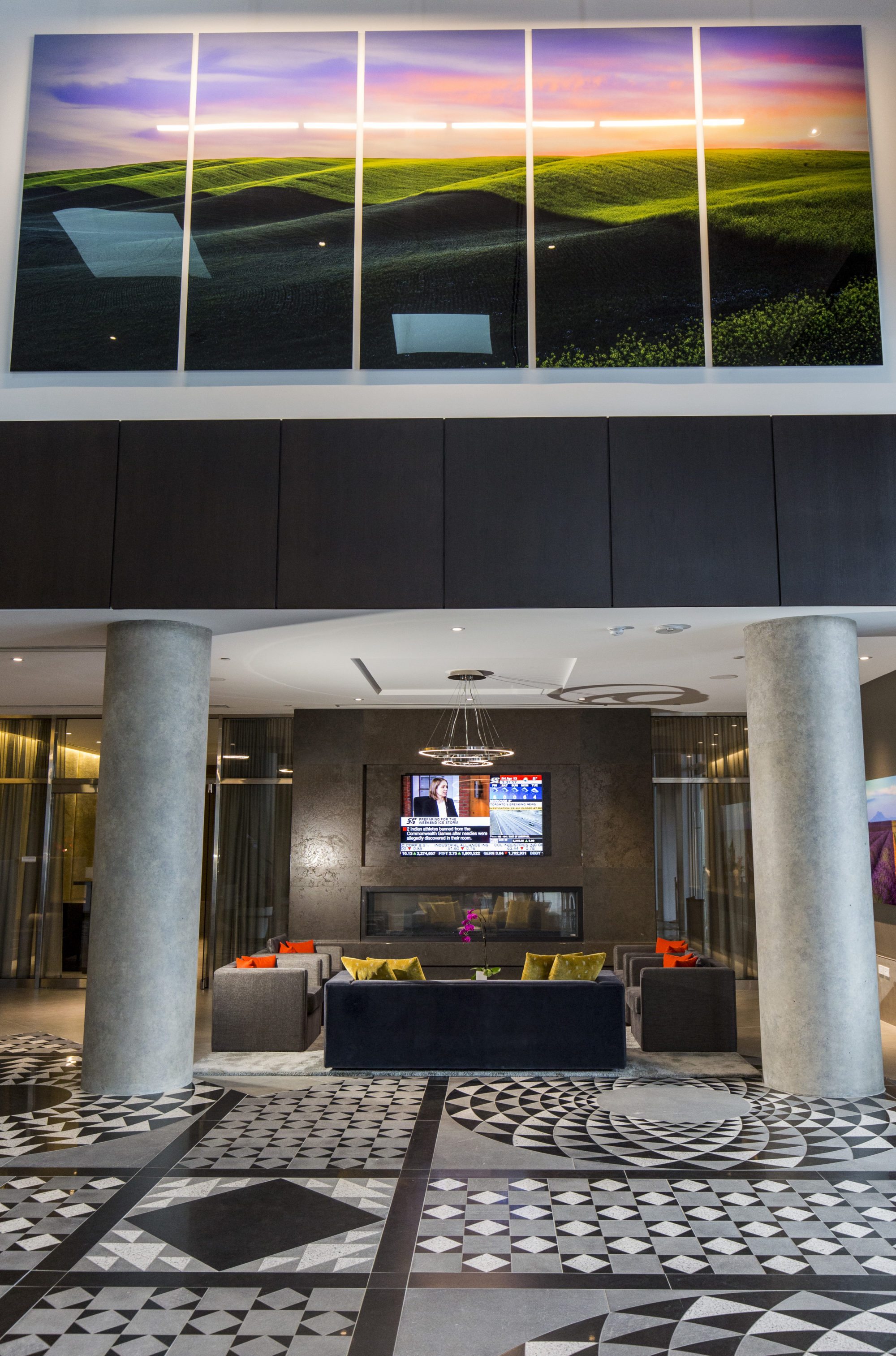 This is the VIP check-in room, which is mostly used for corporate groups. There’s also a departure lounge, where guests can check their flight status. The hotel runs free shuttles to Billy Bishop Airport and Union Station: 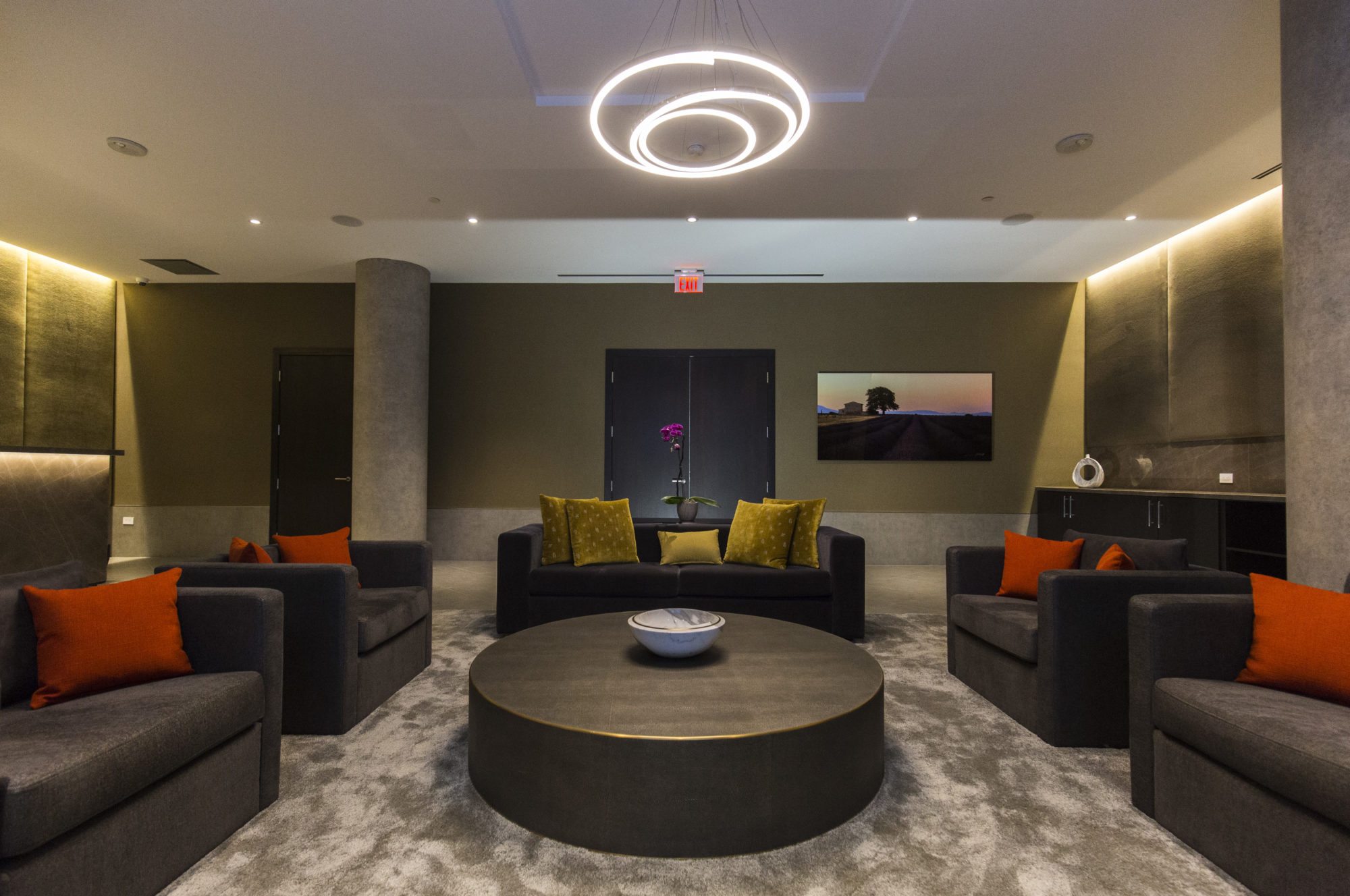 Here’s a view of the reception desk from the second floor. The Handmaid’s Tale filmed a scene here recently. The green wall is lined with golden pothos, and it has its own irrigation system: 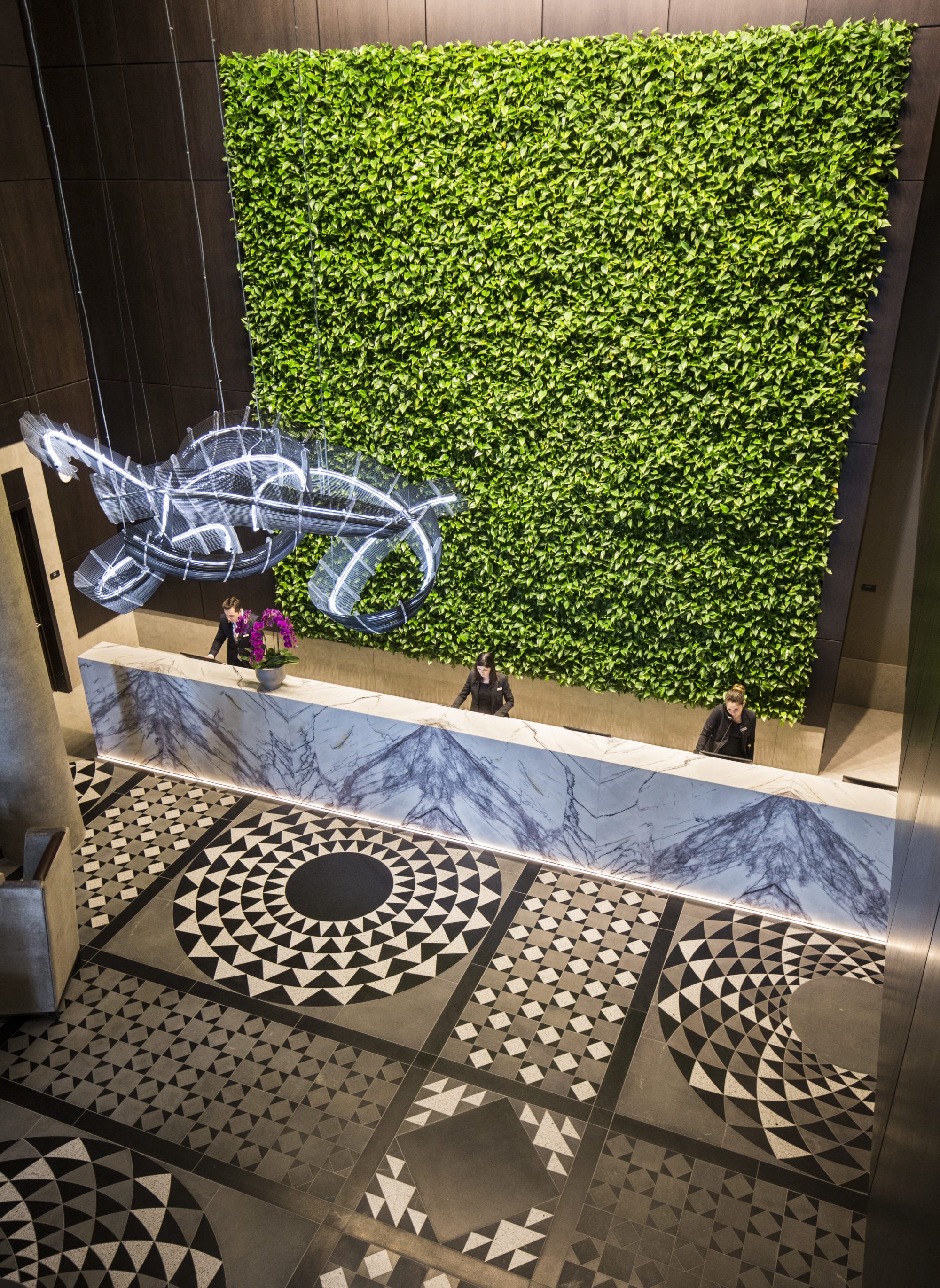 The main floor has a library with a mural of Toronto: 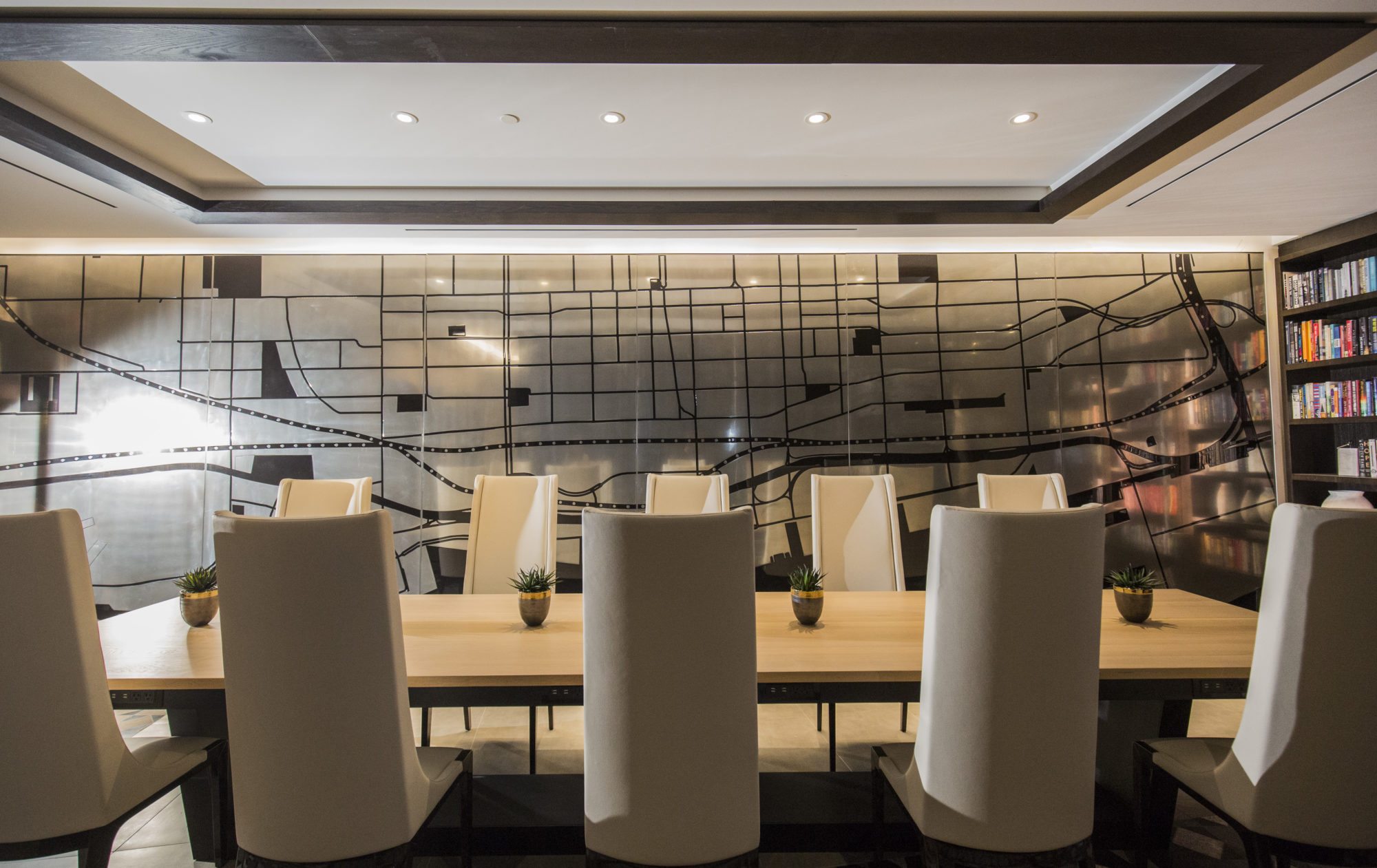 The interiors were designed by Andi Pepper, who channeled some Eastern European influences. The lobby’s seating areas have saucer-like light fixtures—and yes, those are velvet panels covering the walls: 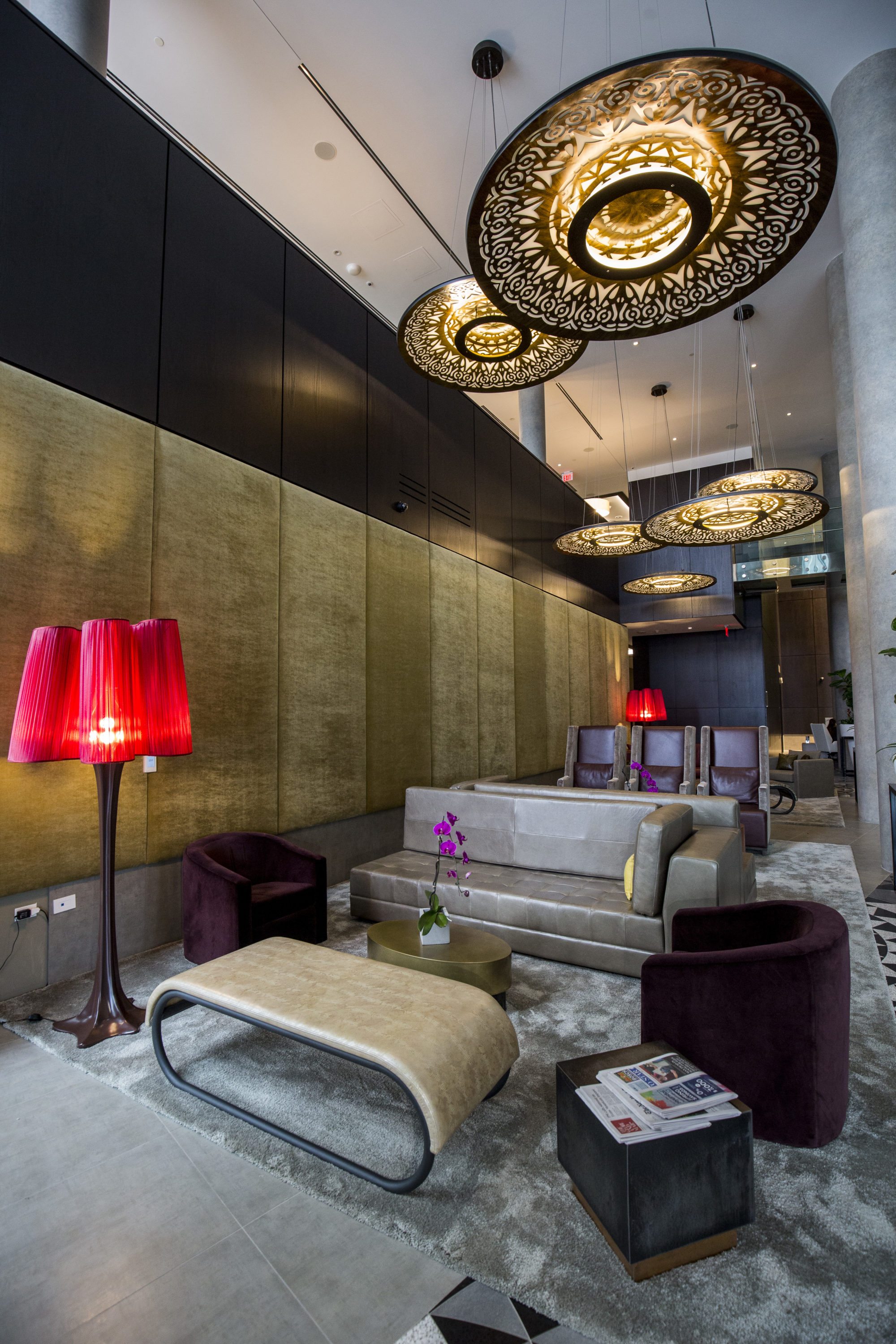 Another bird’s-eye view. The space on the right will eventually become a fine-dining Mediterranean restaurant called Pétros 82: 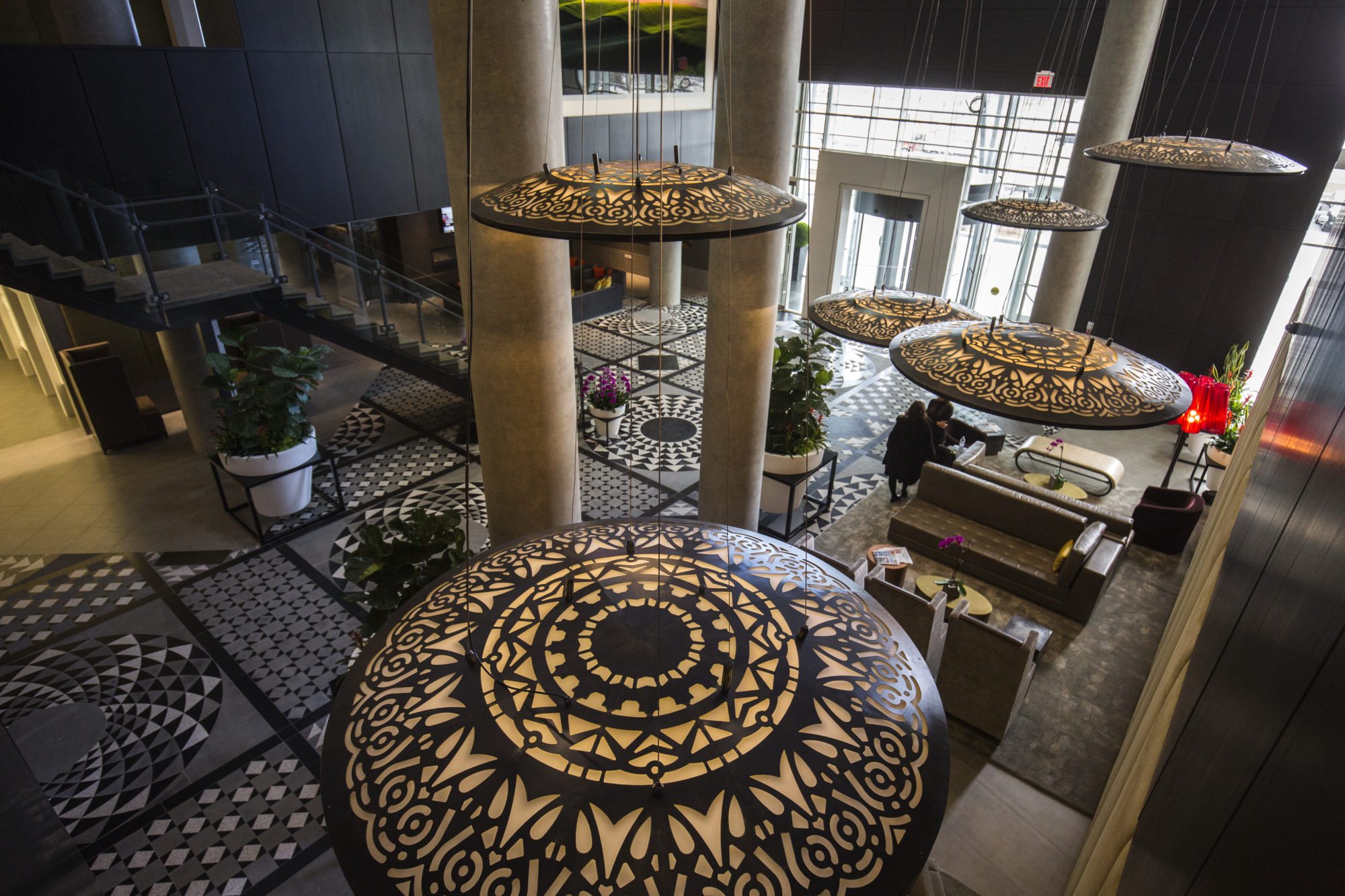 Here’s the screening room, with 56 seats: 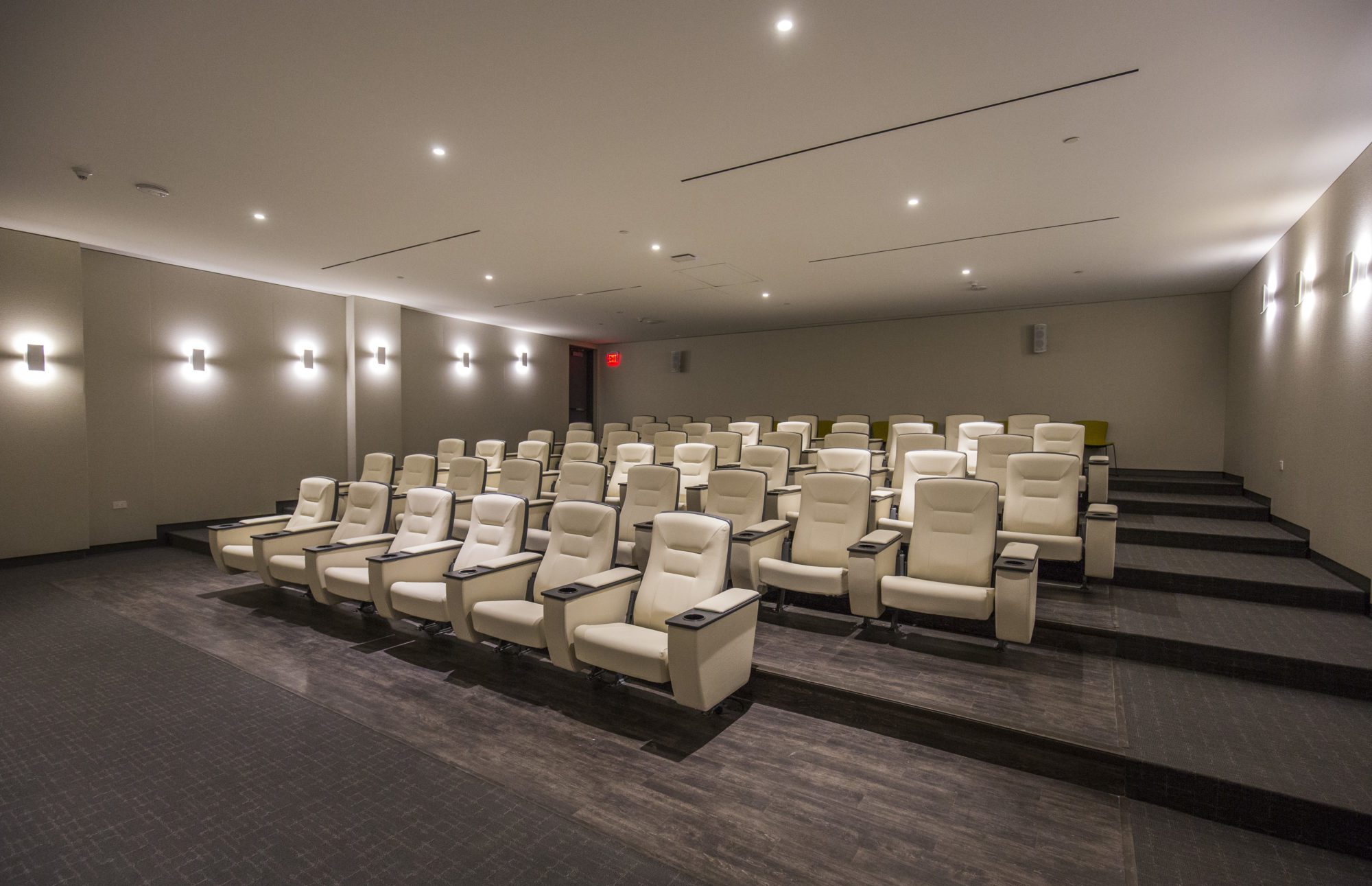 Maxx’s Kitchen serves pub fare, and has a view of planes landing at Billy Bishop: 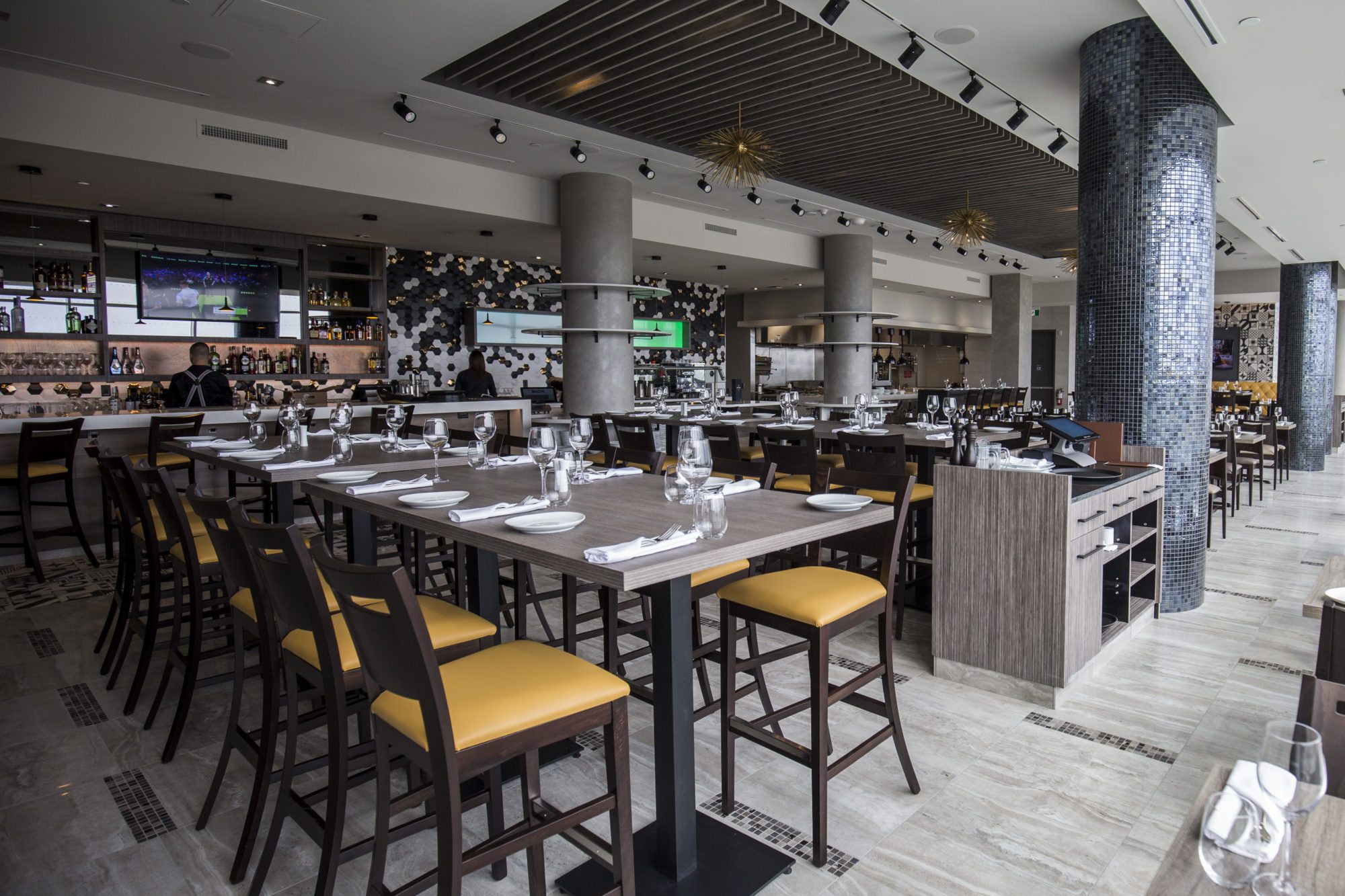 The second floor has a Nespresso Café, with grab-and-go snacks and all the caffeinated beverages a business visitor could want: 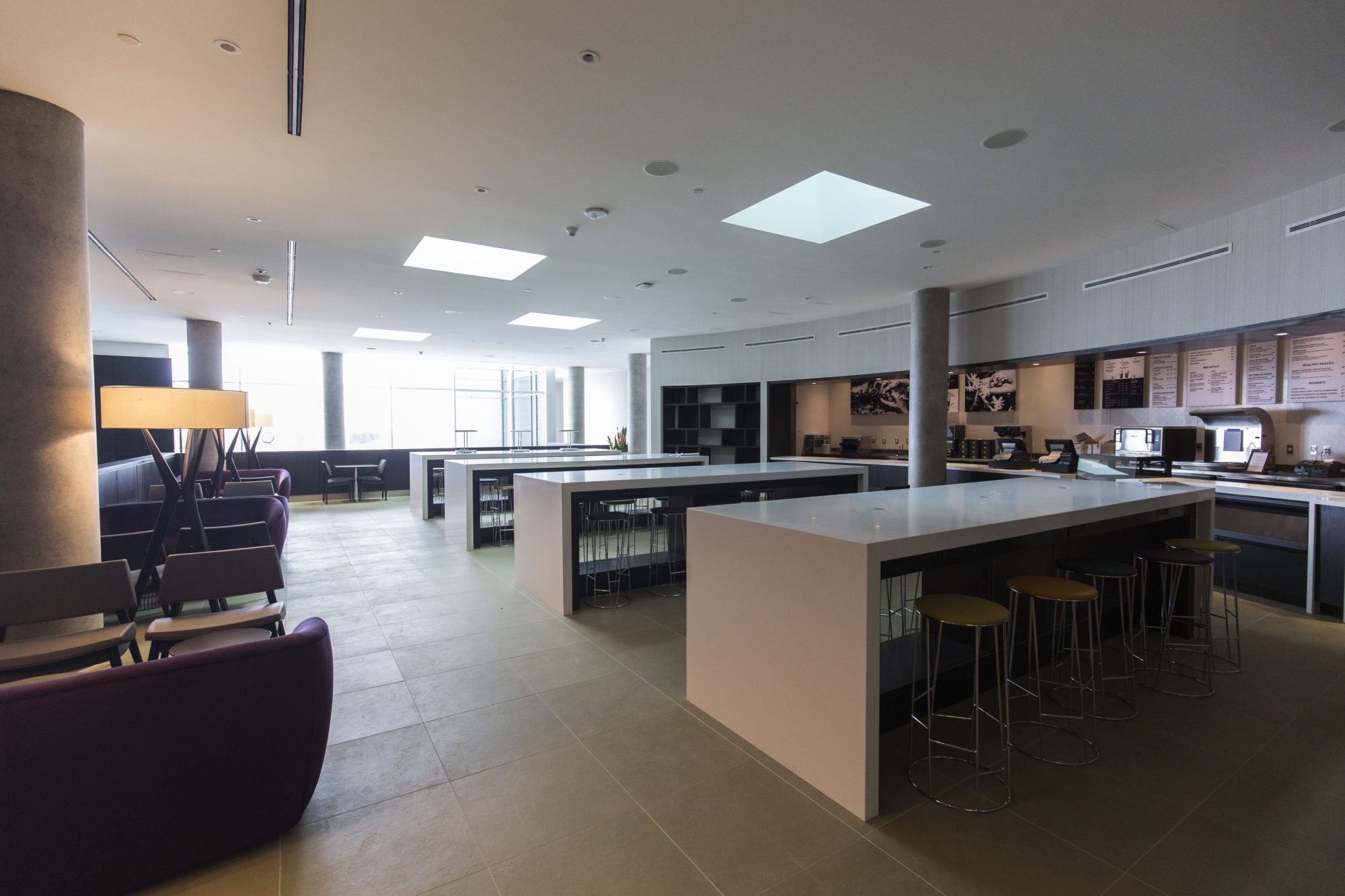 Anyone who stays in a suite gets access to this cozy library on the third floor, which is separate from the lobby’s library: 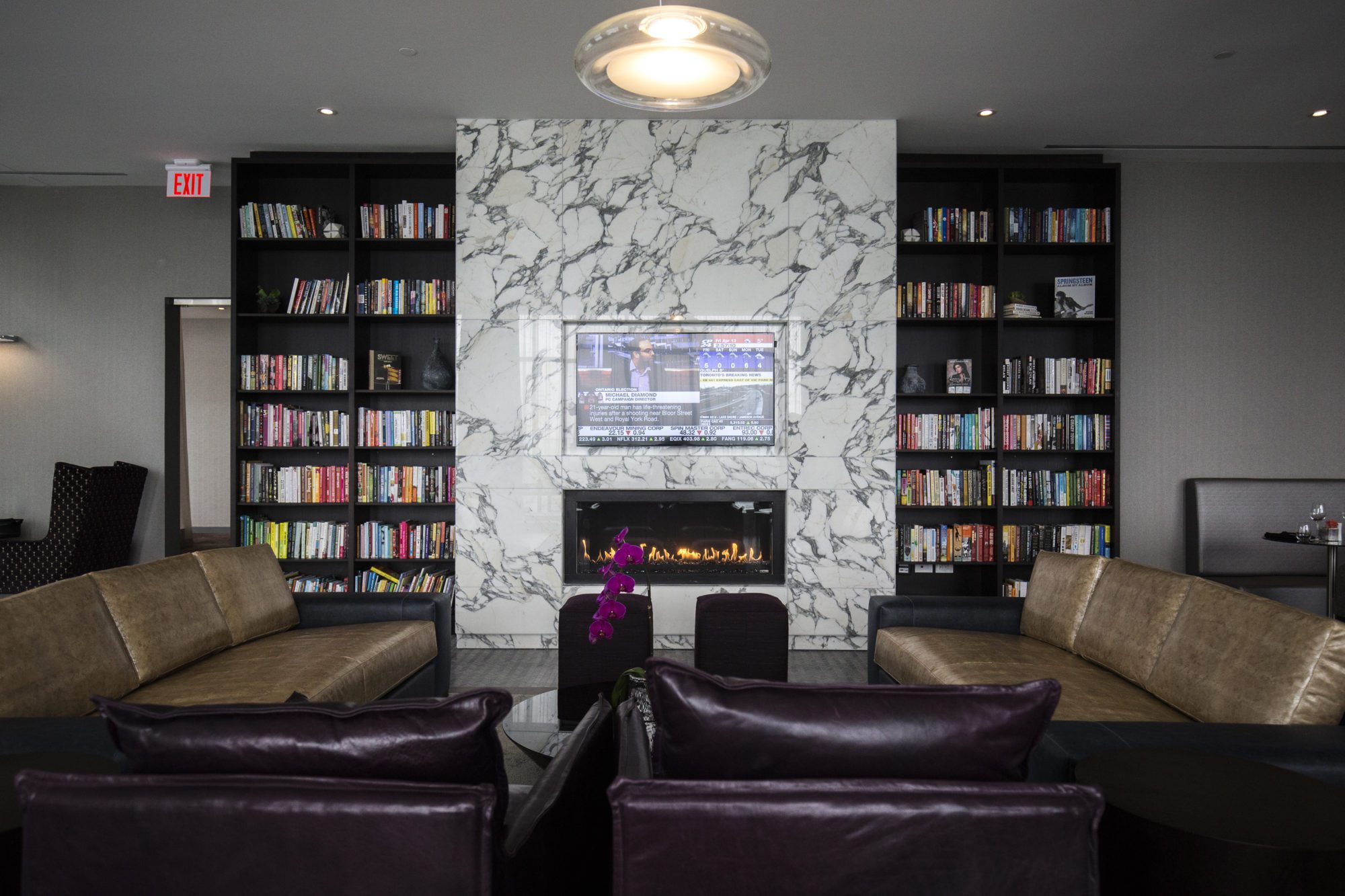 The third floor has two massive ballrooms, the largest of which can fit 450 guests for a sit-down dinner. The crystals on the chandeliers were hung individually: 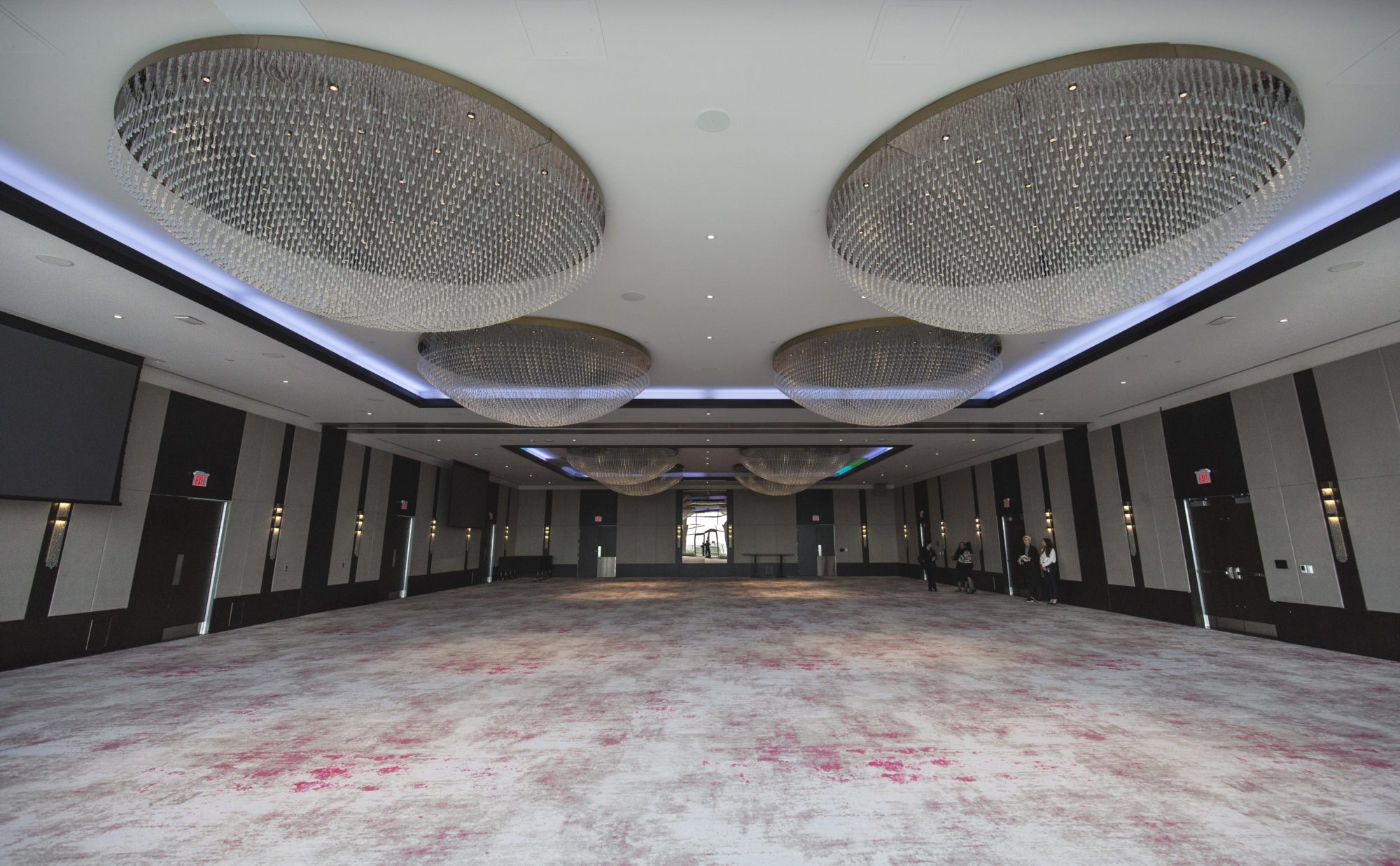 Floor-to-ceiling windows open onto a terrace overlooking the lake: 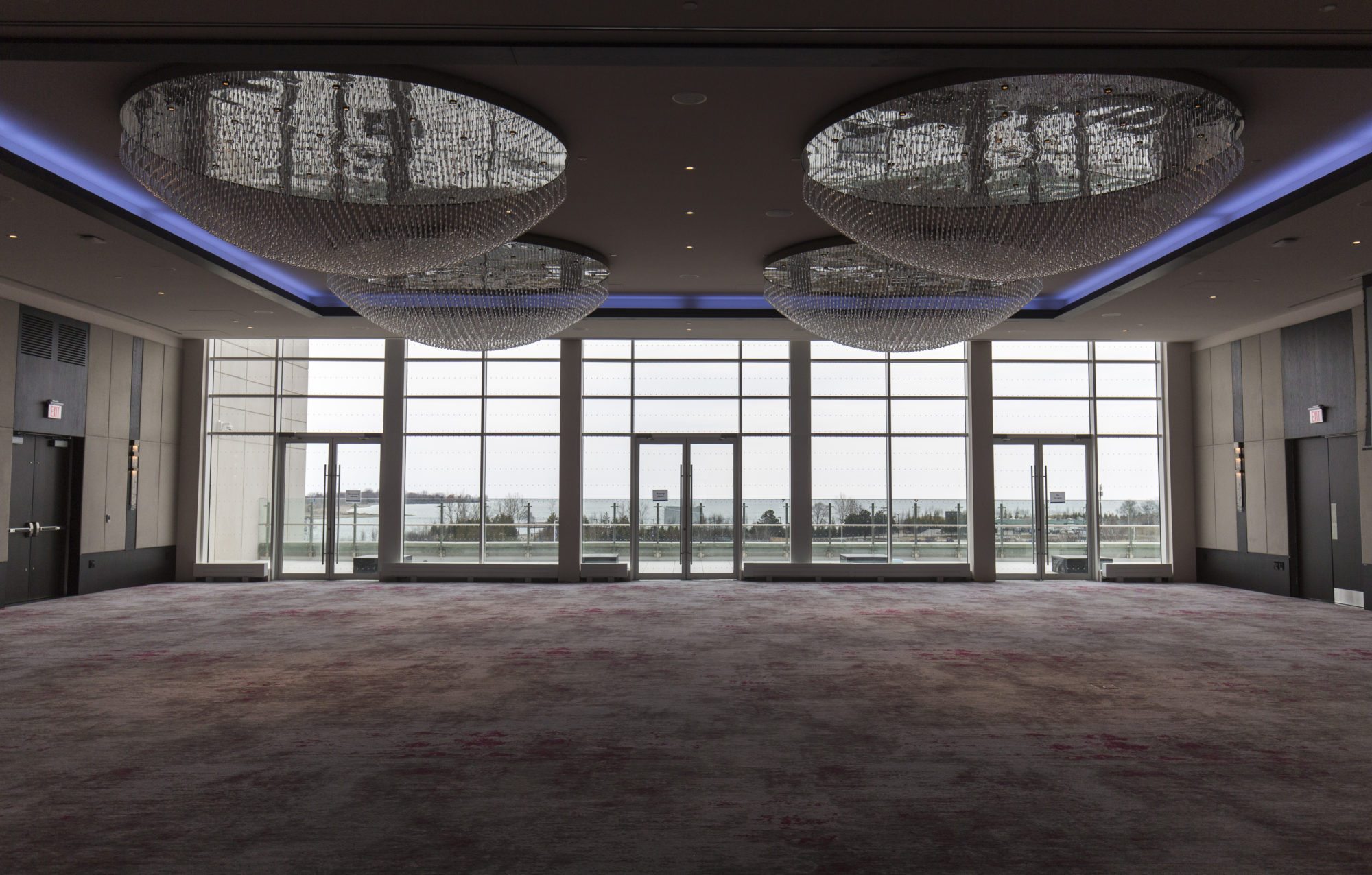 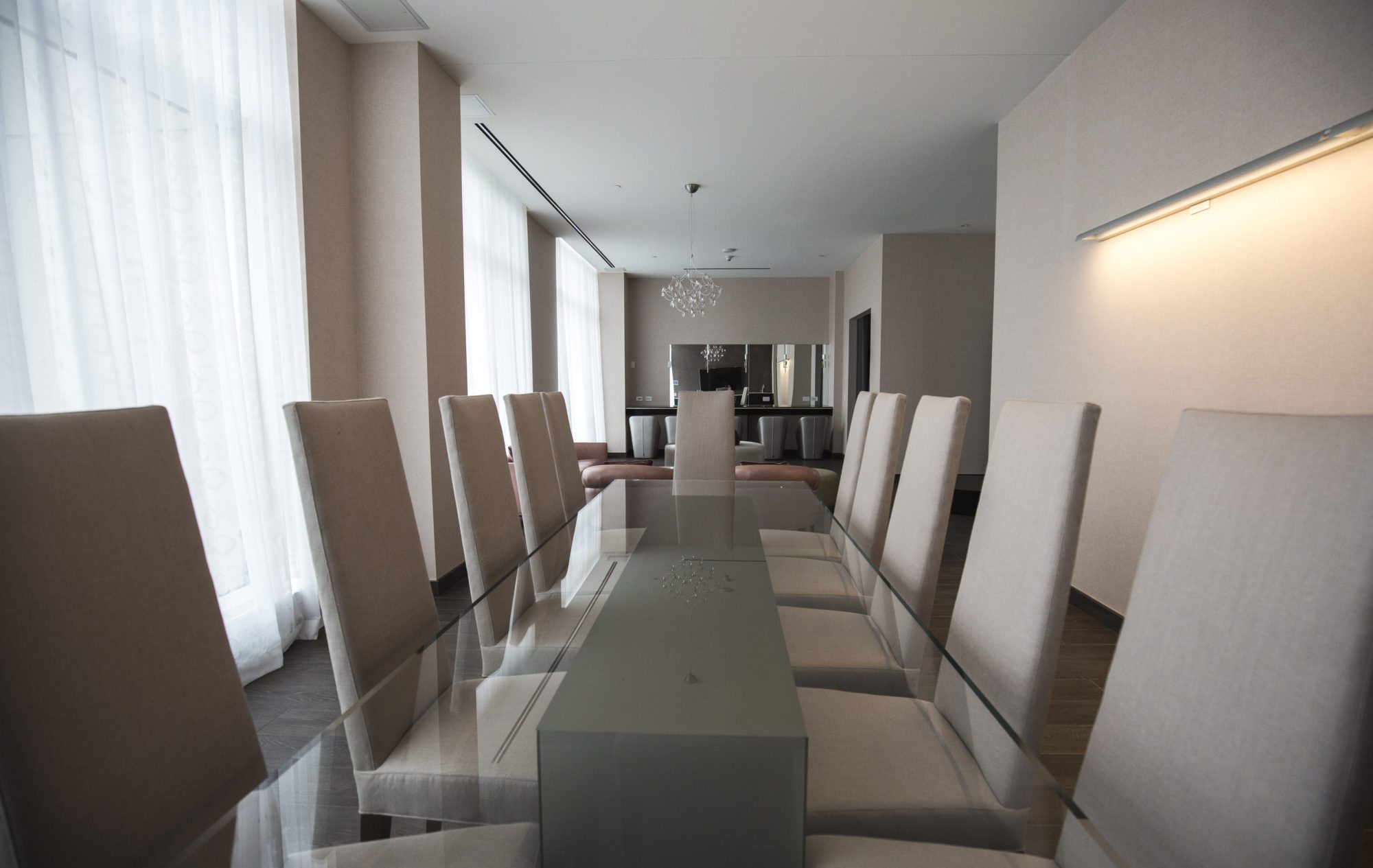 For the groomsmen, there’s the “Bow-tie Room,” which has a pool table and lampshades that resemble top hats: 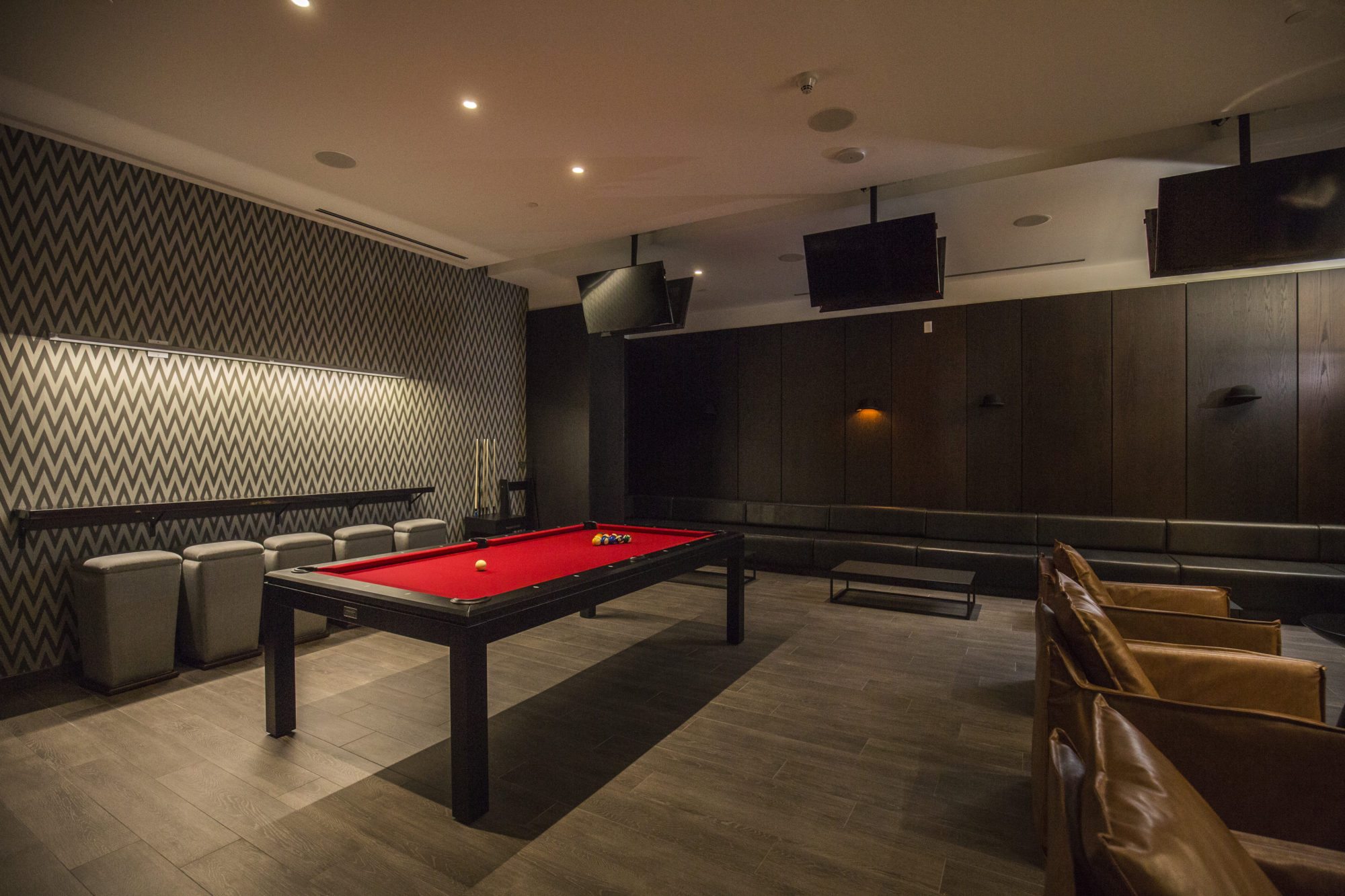 The hotel rooms themselves are fairly standard. Each one comes with a book of Dankoff’s photographs: 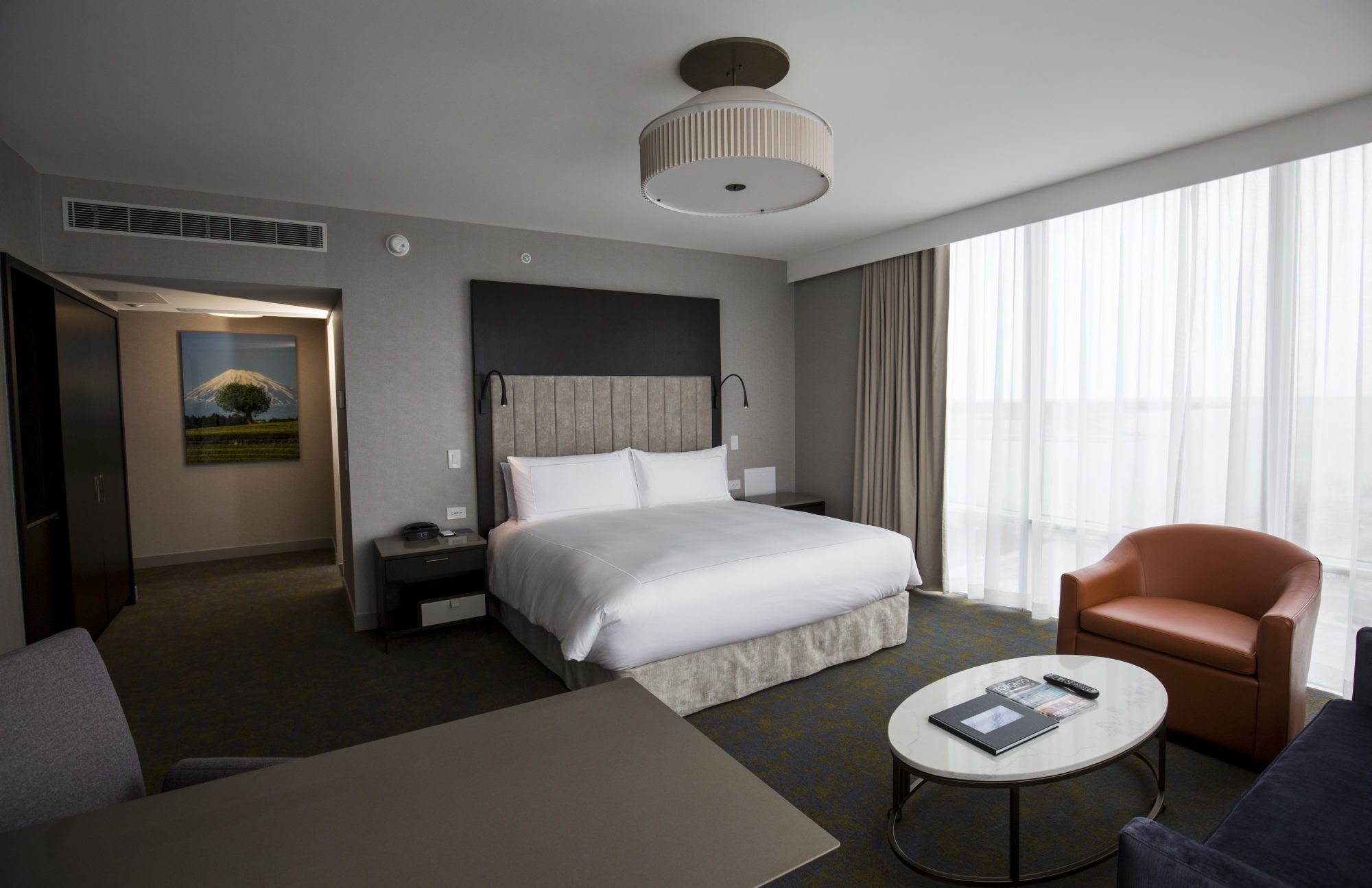