Inside the city’s coolest study lounge for high-school students

Inside the city’s coolest study lounge for high-school students 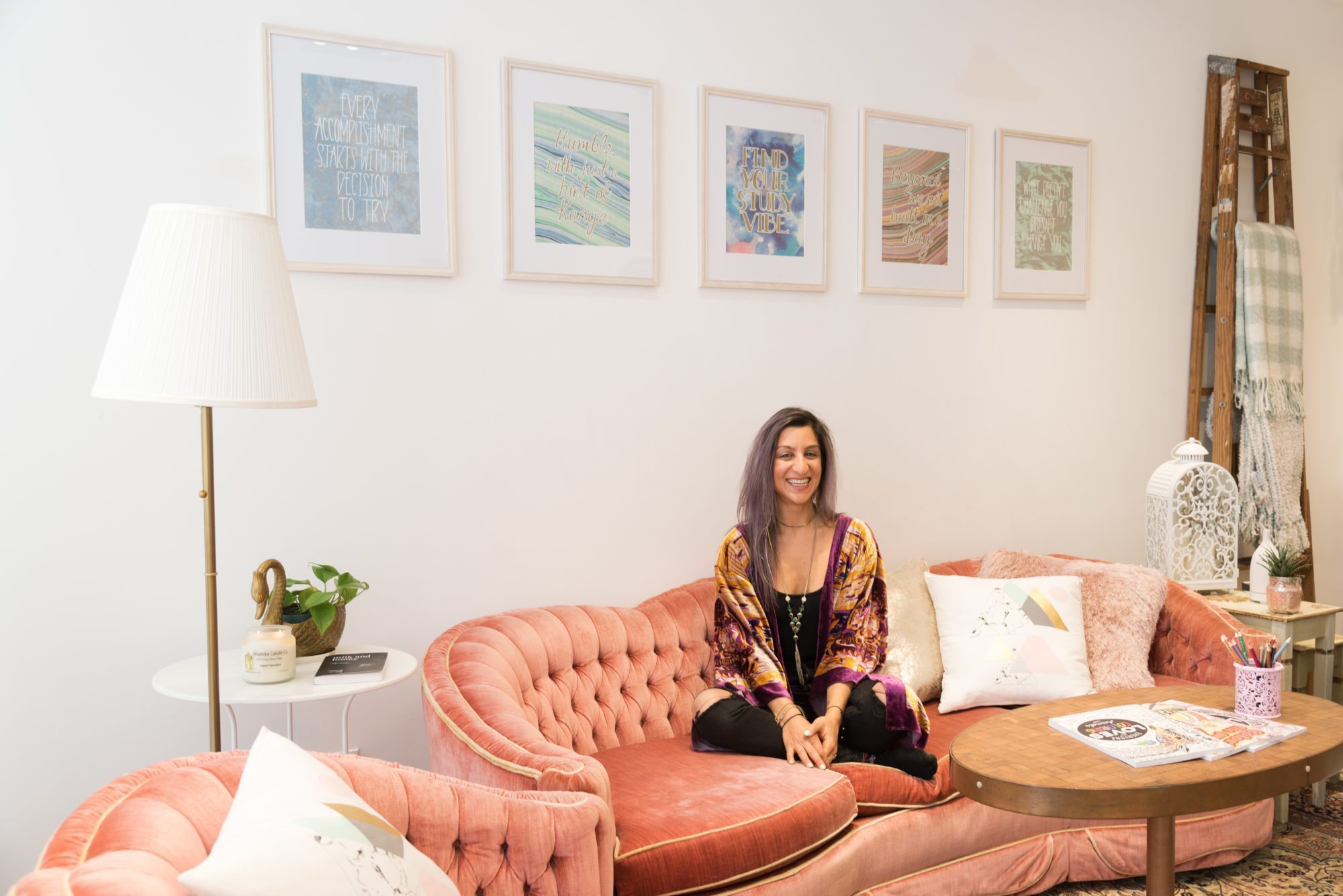 By the time Vanessa Vakharia flunked Grade 11 math for the second time, she was seriously disenchanted with school. “I was an artsy kid who wanted to be Britney Spears—I never thought of myself as a math person,” she says. She switched to an alternative liberal arts school for Grade 12, had a fantastic teacher and ended up scoring 99 per cent in her calculus class. After she realized what a difference a great teacher can make, she was inspired to get her master’s in math education, focusing on the intersection between math, pop culture and gender (her thesis was called Imagining a World Where Paris Hilton Loves Math). When she took a side job as a tutor, she learned that many of her students were just as unhappy as she had been. She opened her tutoring company, The Math Guru, six years ago in Lawrence Park, with the goal of breaking down some of the barriers to loving school. “I want kids to know that you can be chill and also be into working hard and learning,” she says.

Her latest project is a pop-up called XΔM Study Lounge, just up the road from The Math Guru, which will be open for two months during exam season, starting this Thursday. It’s like a co-working space for kids, where they can gather and study in a beautiful space filled with all the supplies they need—including unlimited tea lattes and pep talks from Vakharia herself. “We’ve figured out that adults work best in cool spaces,” she says. “But no one cares about school environments. What teenager is inspired by a place that smells like old gum?” The lounge is meant to channel a boho-glam version of Central Perk, with pink velvet sofas, inspirational quotes on the walls, and scented candles everywhere. Since she hangs out with 16-year-olds all day, she’s pretty tuned in to what they want. “Self-care shouldn’t be separate from education,” she says.

The space is in an empty storefront at Yonge and Sherwood. This sofa set was purchased from an 80-year-old Toronto couple who were downsizing. Above the couch are framed posters with motivational sayings like, “Find your study vibe,” and “Beyoncé wasn’t built in a day.” 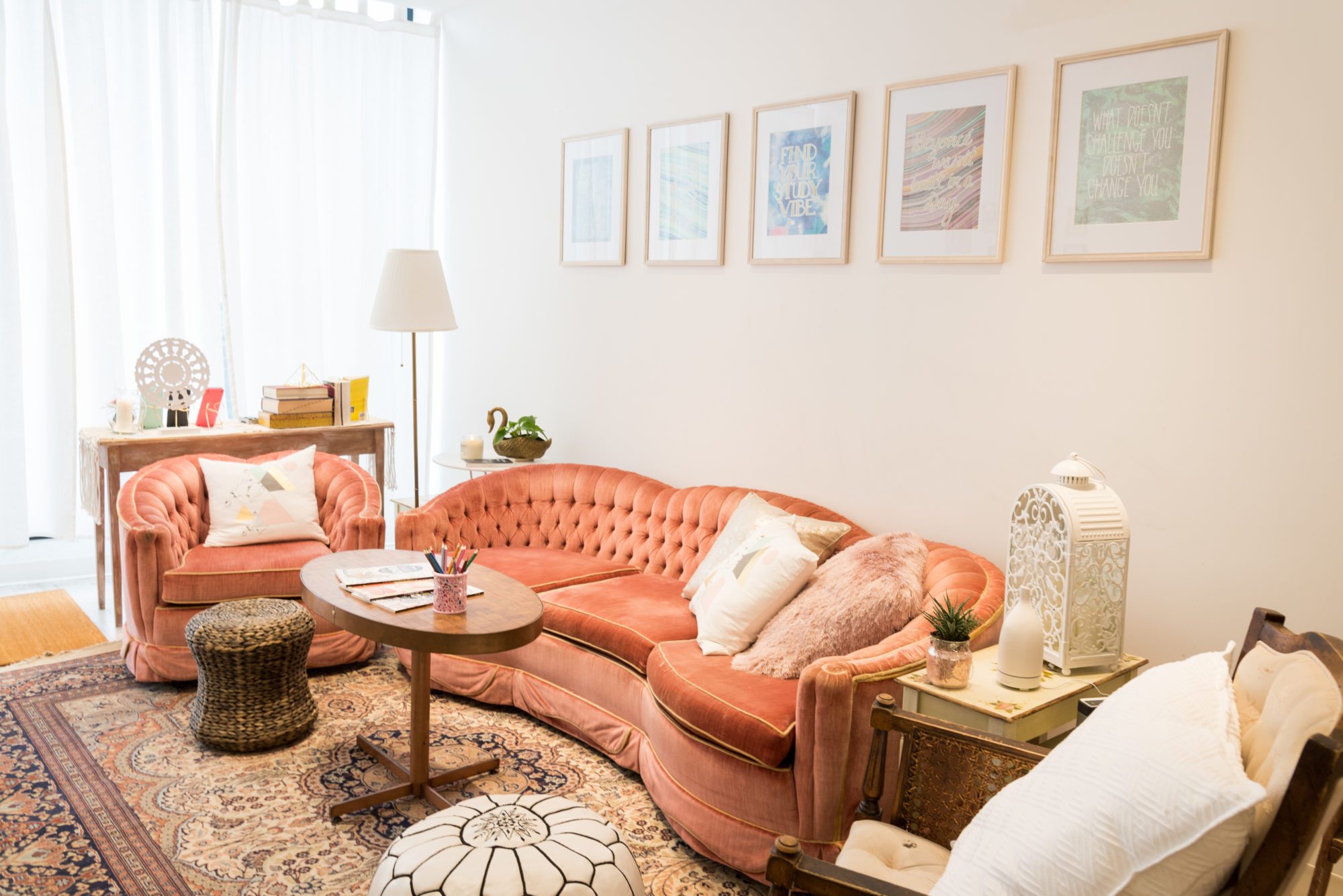 Vakharia recruited a few of her design-oriented pals to help with the decor. “It’s totally their jam,” she says. “I came back in a week and the space was completely transformed.” 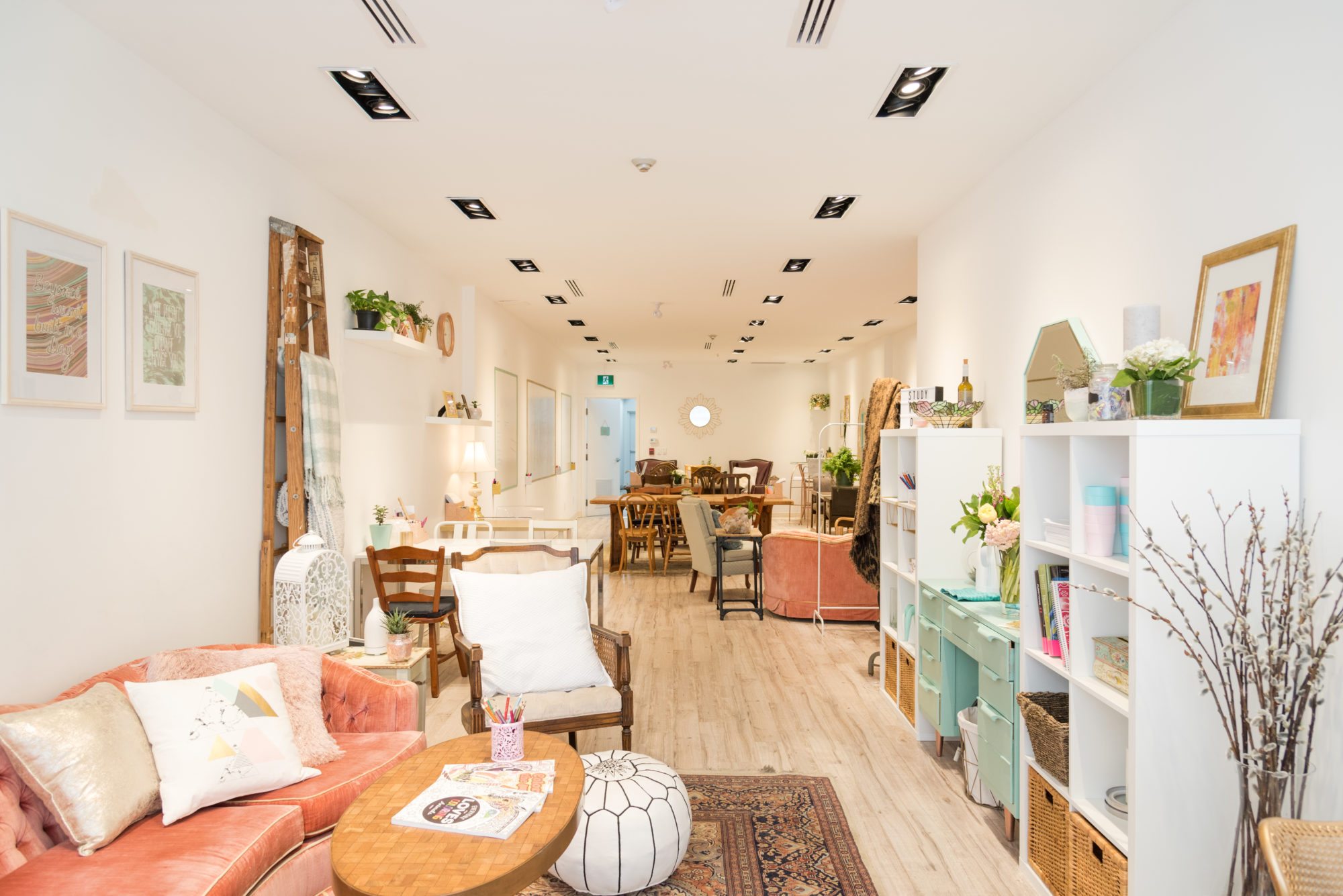 There are framed calculators on the walls: 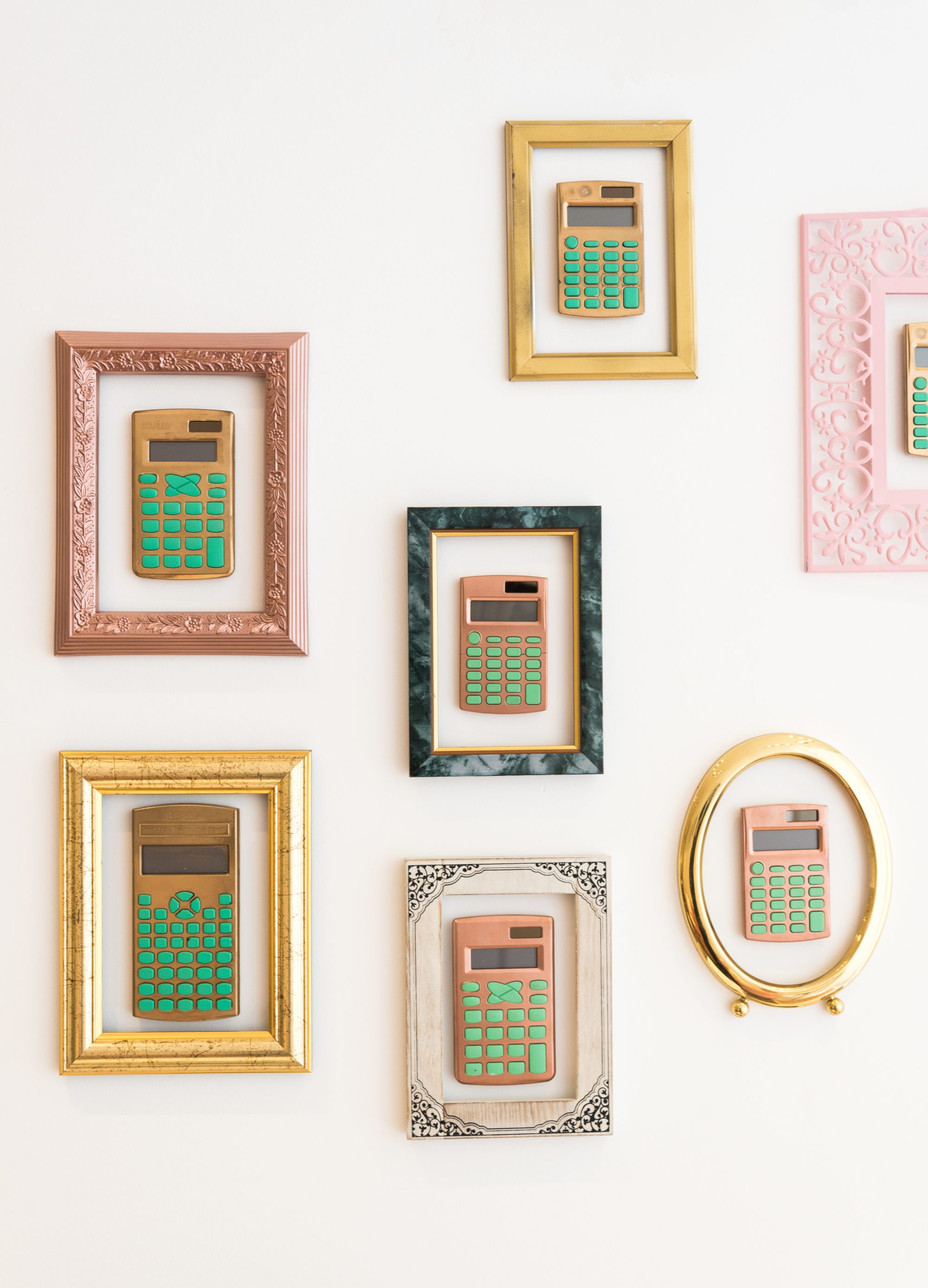 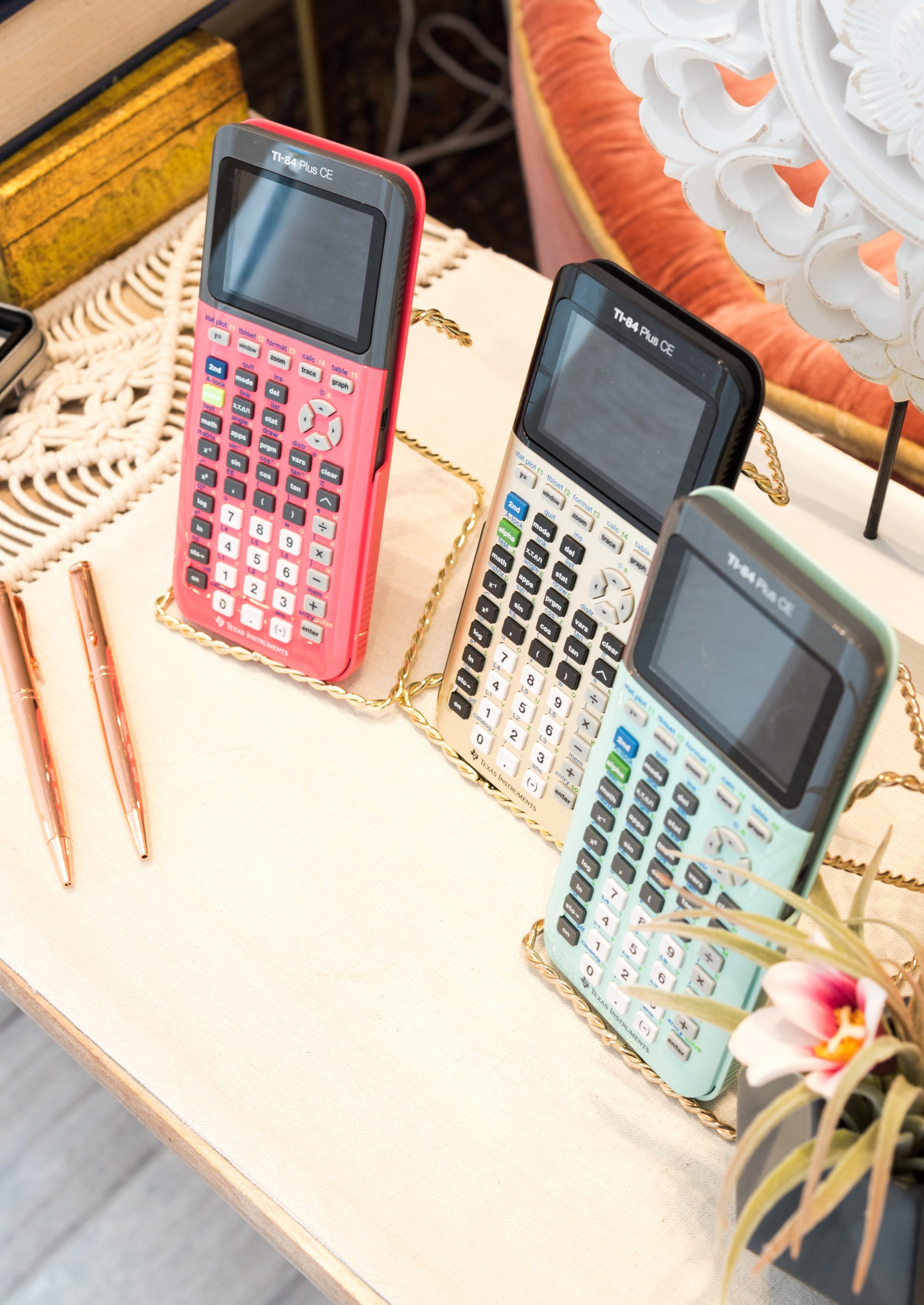 To Vakharia, self-care means having Rupi Kaur’s poetry on hand and air that smells like maple pancakes. All her 100 per cent soy candles are from Muskoka Candle Company: 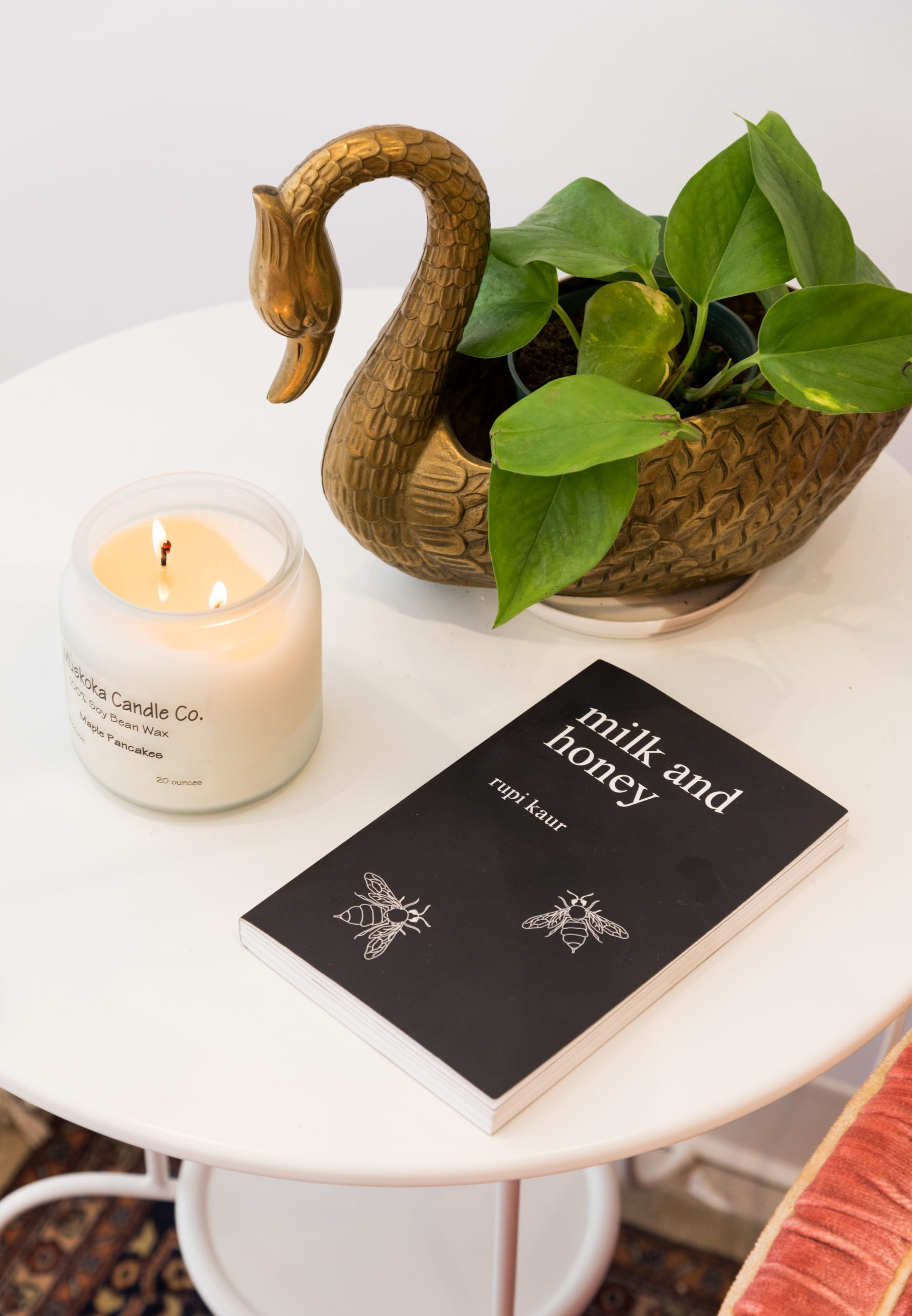 Vakharia framed portraits above the fireplace of prominent mathematicians including Ada Lovelace and Kelly Miller. “It’s a very diverse group,” she says. 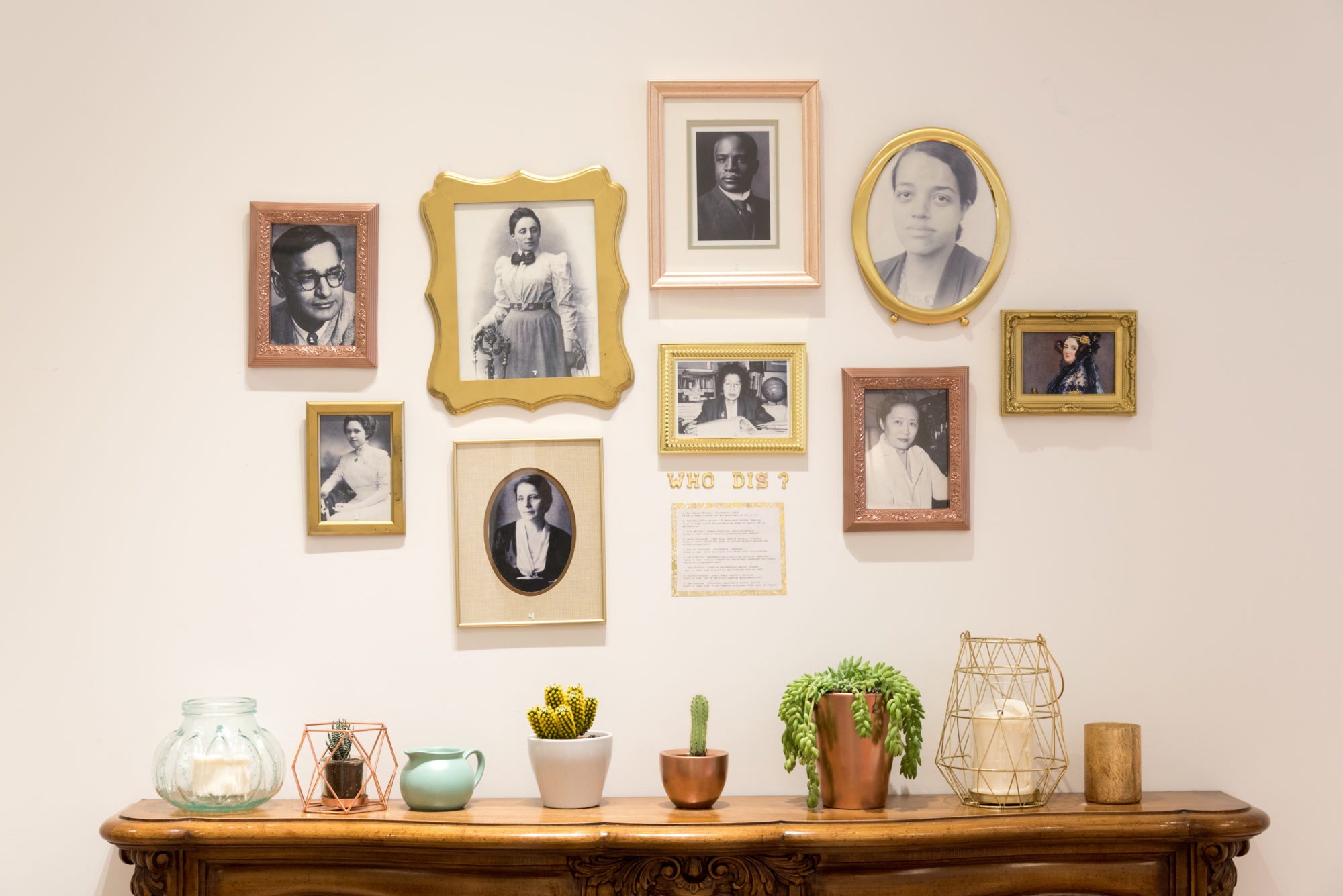 She’s stocked the place with all kinds of study essentials, including gum, hair elastics, ear plugs and all the paper, pencils and calculators you could shake a ruler at. There are also colouring books for when the kids need to clear their heads: 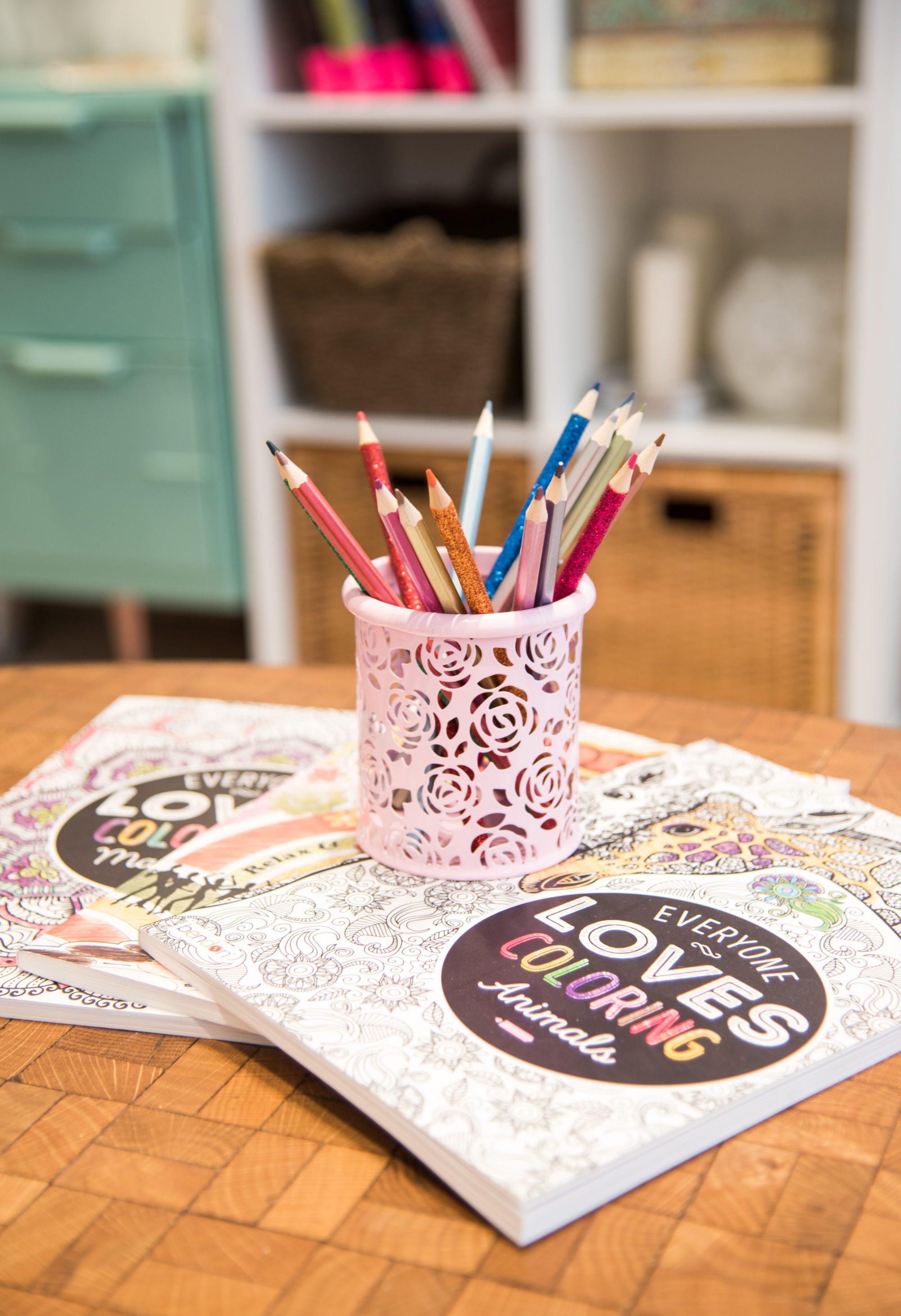 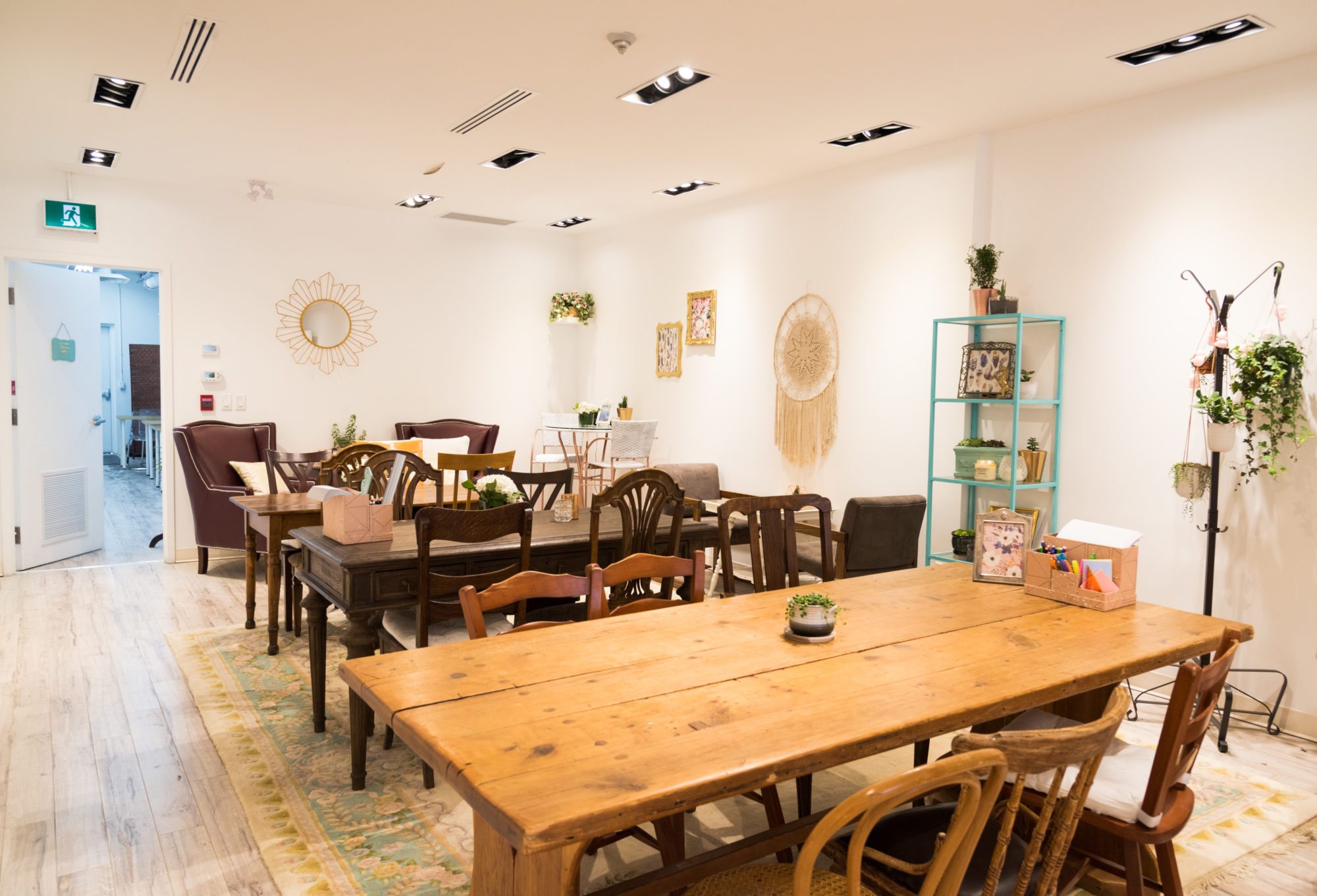 She always has Saje essential oils on hand. Quick Study is made with invigorating lemon, myrtle and orange for a mental boost: 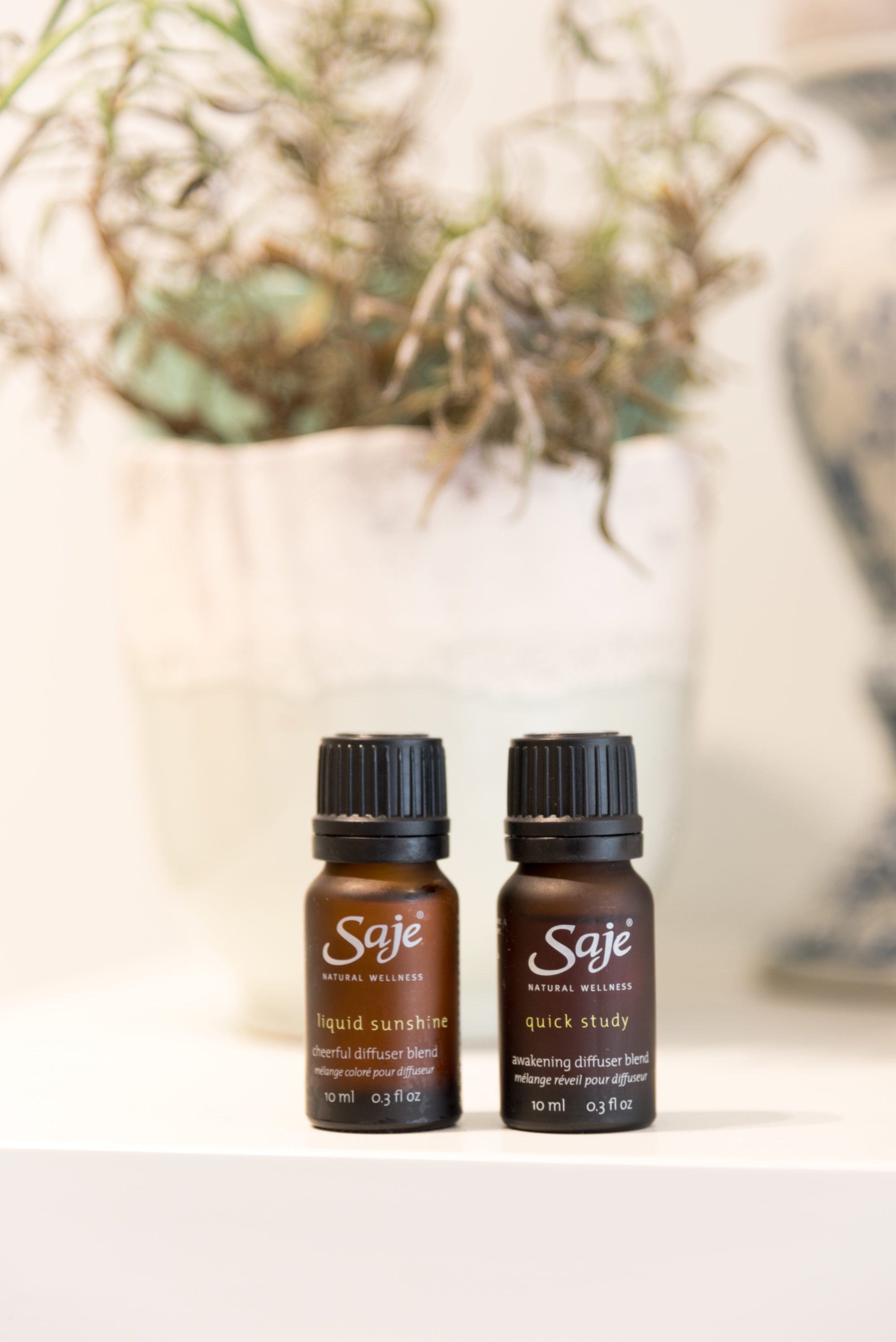 There’s another room at the back with single desks that’s used as a quiet(er) study space: 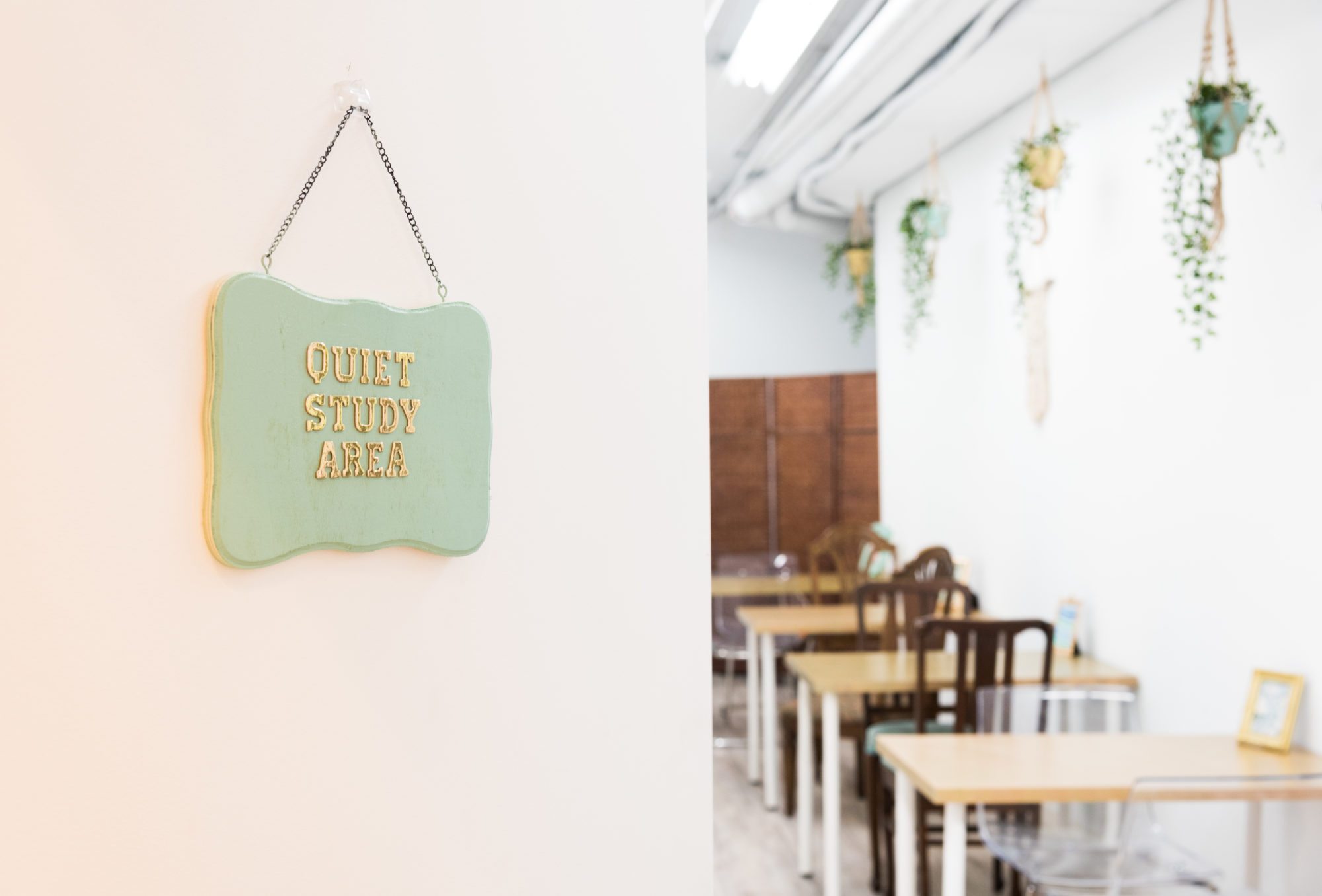 There’s a lounge space back here, too. Vakharia would love to one day host an education makeover television show, creating cool spaces in schools and measuring how morale changes. Her study lounge is currently open after school until about 10 p.m. on weekdays, and all day on weekends. It’s $10 per day and free for any of The Math Guru’s students: 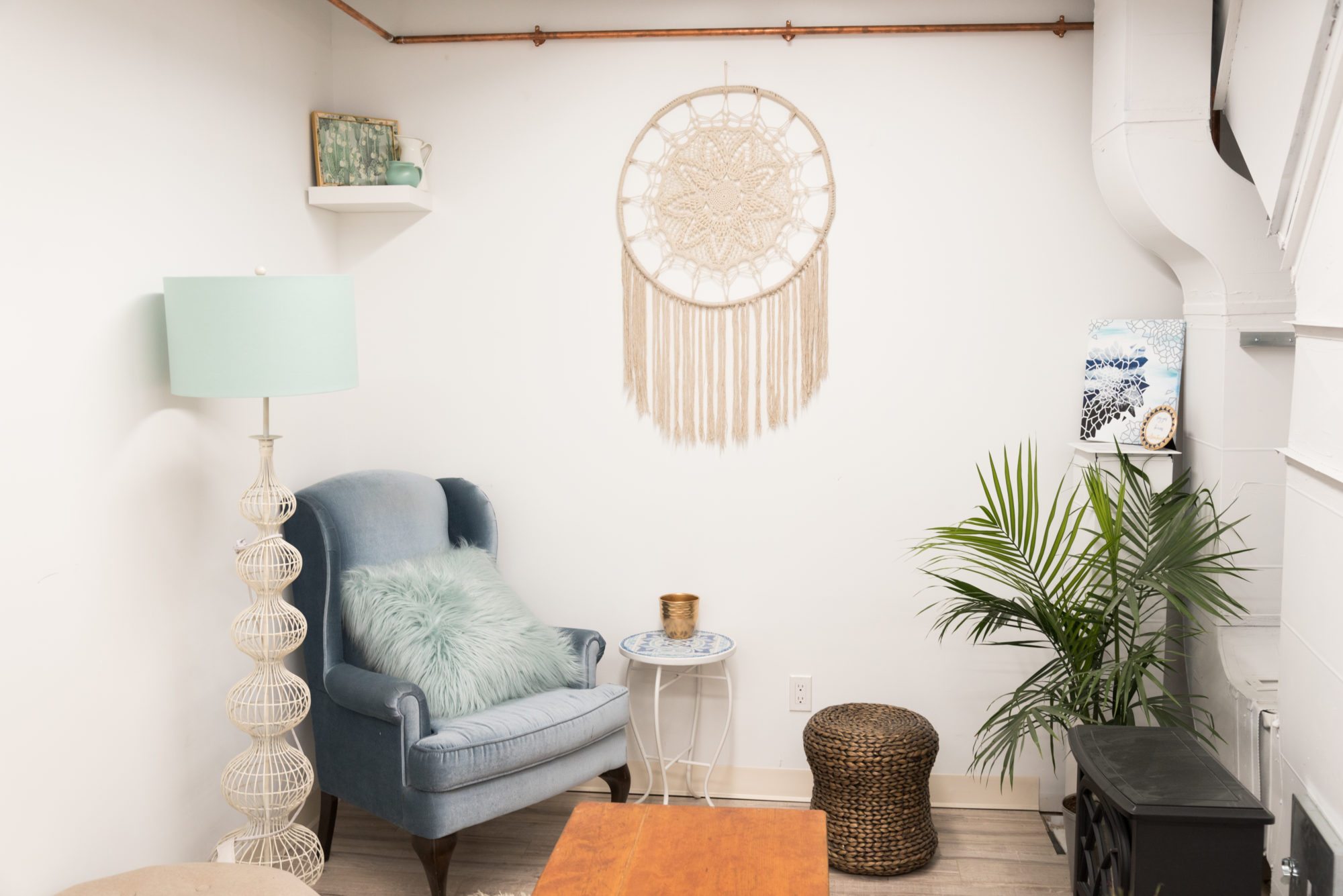