“I set up a green screen to make it look like I was in the synagogue”: How this Toronto rabbi hosted a Seder over Zoom

“I set up a green screen to make it look like I was in the synagogue”: How this Toronto rabbi hosted a Seder over Zoom 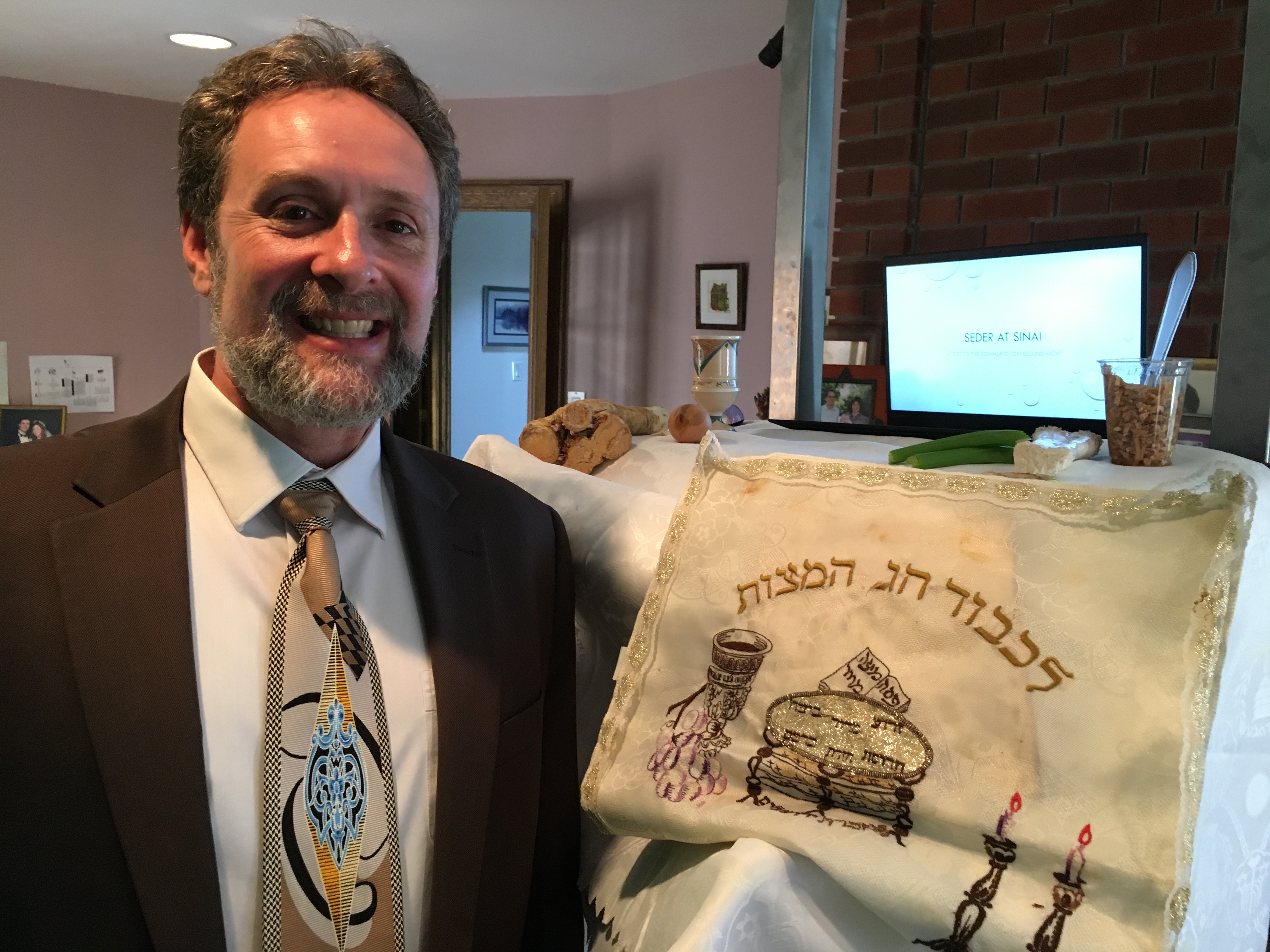 In the Jewish tradition, a Passover Seder is a time to get together with the key people in our lives. No matter how observant you are, or how disconnected you may feel from Jewish culture, this is the night when we all come together under one roof to celebrate our Jewish identity by singing songs, reciting prayers, eating symbolic foods and collectively remembering the story of the ancient Israelites’ exodus from Egypt.

Some organizations and congregations hold community Seders for those with nowhere to go. At my synagogue, Temple Sinai, we don’t do community Seders because we believe Passover is a time to be at home with family. Instead, we invite those in need of a Seder into our homes to celebrate. For the past 28 years, my family has hosted Seders in our North York home, welcoming up to 50 people from the community each night to celebrate with us. I keep five eight-foot tables in storage and have a kosher-for-Passover kitchen in my basement specifically to accommodate the family, friends and community members who choose to spend the holiday at my home. To see everybody seated around the table is satisfying and meaningful. It’s what Passover is about.

In mid-March, the synagogue was still open, but I began using Zoom to stream daily services at 8:30 a.m. for those who were self-isolating. A few days later, we decided to host a Zoom Seder. I used the two weeks before Passover to incorporate little lessons into those livestreams to prepare people at home, and myself, for the upcoming isolated Seders. When we officially closed the doors to Temple Sinai on March 24, it was sad, but we knew we were doing the responsible thing and were in good shape for moving forward online. 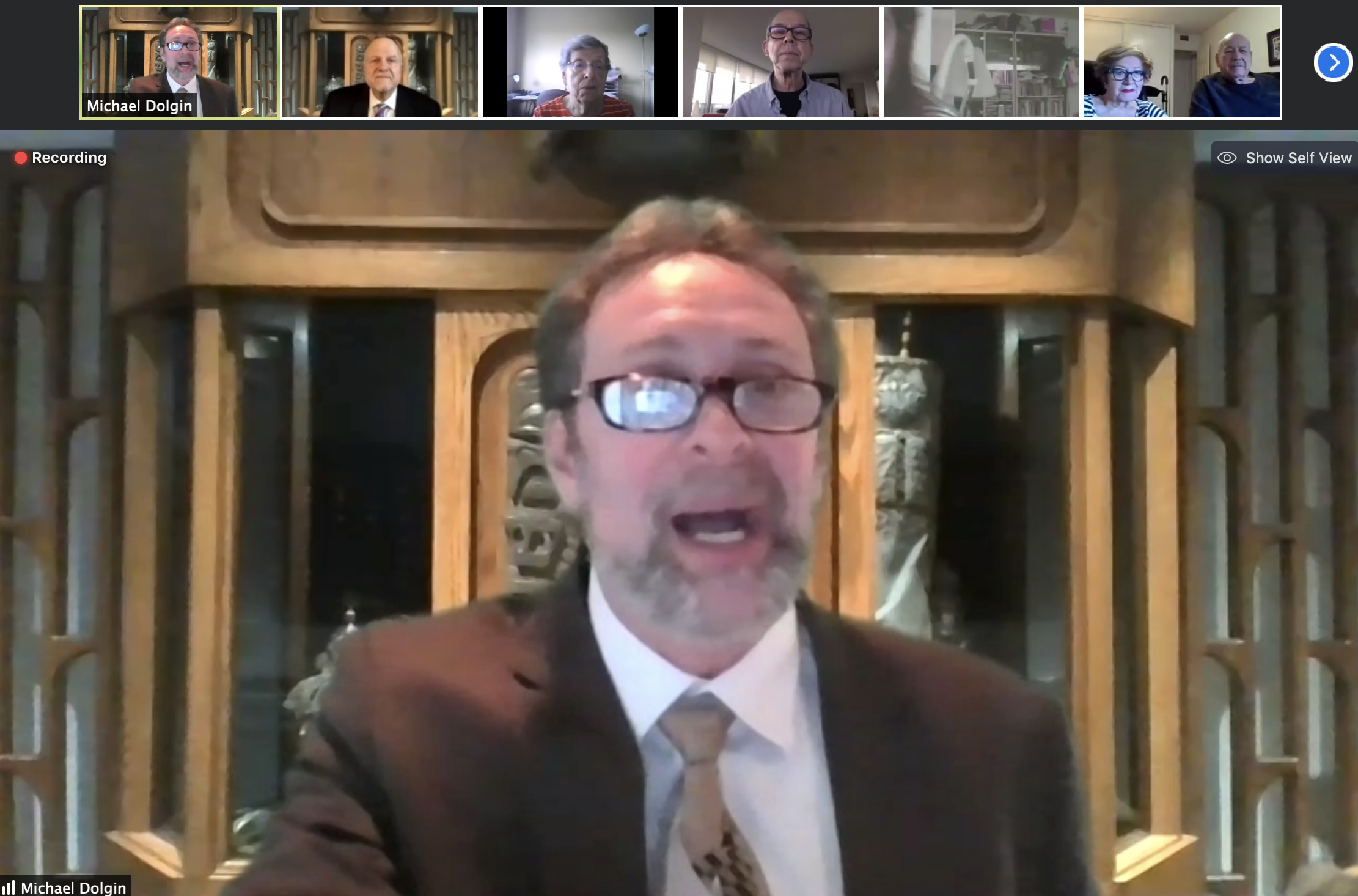 I’ve seen two approaches as we all shift toward virtual experiences. The first is to take what we normally do and just Zoom it. The second approach—and the one I’m taking—is to adapt our work to the technological platform. We tailor our services to make the most of the platform and respect its limitations, including shortening some services to accommodate people’s digital attention spans.

For the online Seder, I planned to create a PowerPoint presentation to guide the evening, instead of sharing images of the traditional Haggadah. For the livestream, I set up a green screen behind me—with a picture of our chapel— to replicate the mood of being in the synagogue. To keep things consistent for the members of our congregation, I sent the image to the cantor, Charles Osborne, who led the Seder with me. Out of the camera’s view, I had a small setup for myself beneath a tablecloth with the Seder essentials: matzo, a hand-washing bowl and all the symbolic items you would find on a Seder plate, with the exception of the shank bone, which I couldn’t find and replaced with a vinyl dog bone. The rest of the participants wouldn’t be able to see my spread, but it made me feel like I was, to some degree, at a real Seder. This year, it was also more important than ever to remind ourselves why we wash our hands twice during the Seder. While hand-washing has become increasingly significant in all of our lives over the past few weeks, this ritual isn’t about sanitization. It’s about washing away the distractions and making way for us to feel whole and holy again. 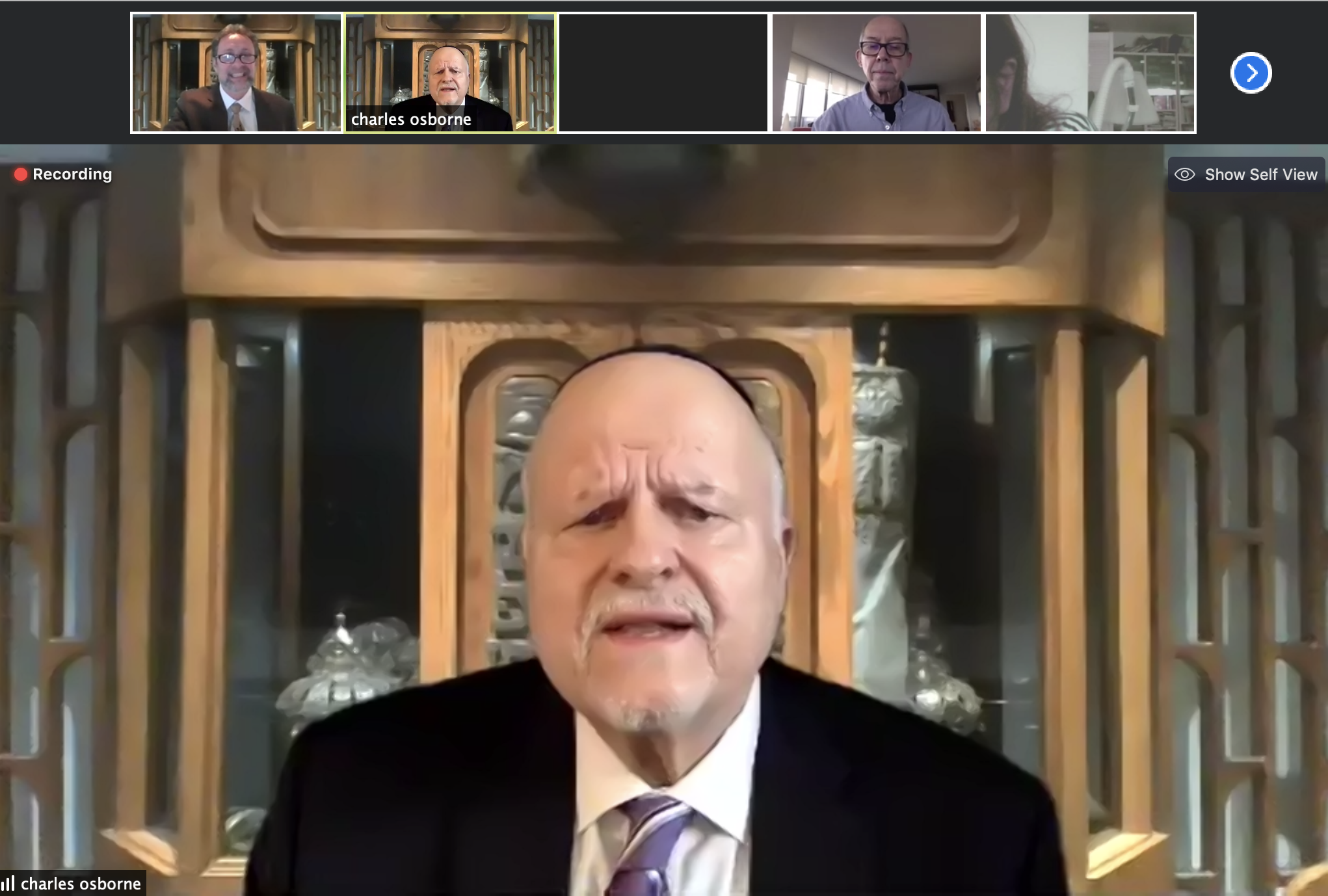 We sent out a Zoom link to our Temple Sinai congregants as well as to members of the wider Jewish community here in Toronto and in Kingston. Just two minutes after the Seder began, we’d maxed out our Zoom meeting with 100 participants. It felt good to know we were delivering something that people needed, but I was disappointed that there were people out there who we couldn’t reach. During the Seder, I asked everyone to join in singing with the cantor. Seeing everyone together, holding up their glasses as he chanted the kiddush and breaking their matzo in half, moved me.

Every year we tell the story of the 10 plagues on Egypt and simultaneously take 10 drops of wine out of our glass to symbolize how our suffering diminishes our cup of joy. This year, after we completed that tradition, I asked everyone to refill their cups in honour of our front-line workers, who are making it possible for us to stay safe and weather this particular modern plague. What made the moment even more special was that as we raised our glasses, one of the viewers told us that she is a front-line worker at Sunnybrook Hospital. 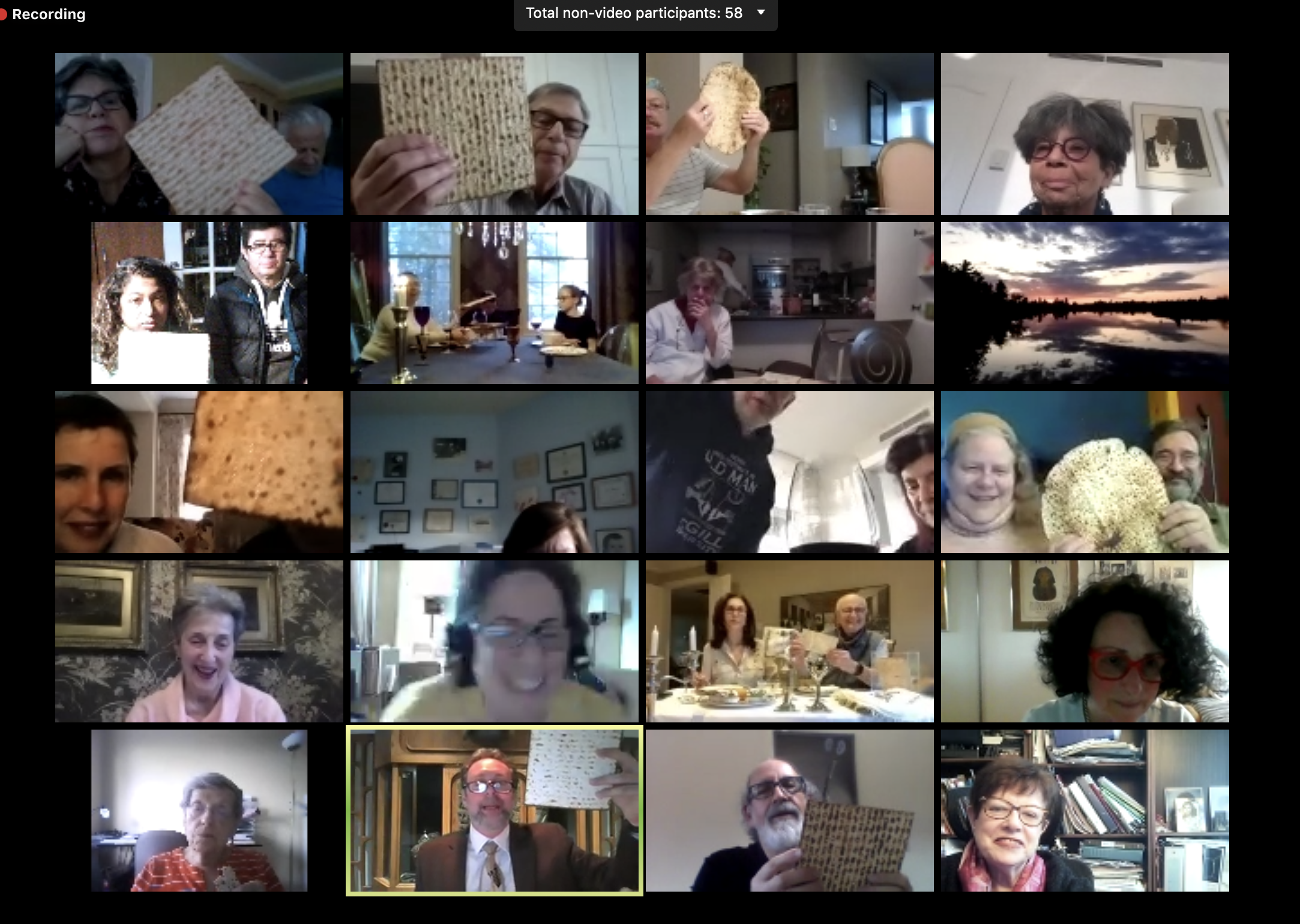 It felt good to be able to step up and give people what they need, even if it was just the ability to look at a screen and see people performing the same rituals at the same time. Members of the community told me how comforting it was for them to have that sense of familiarity during services.

We’ve created new ways to reach out to people during this time, and we’re not going to suddenly stop once life returns to something more familiar. We will be hosting another community Seder in the future, hopefully in person rather than with a PowerPoint.

—As told to Jordana Colomby