With the holidays fast approaching, we decided to scour Toronto Life’s archives for some inspiration from old gift guides. We found that some items are cyclical (crocheted vegetables are to 1974 as crocheted cacti are to 2017) and many others stand the test of time (KitchenAid mixers, little red wagons and fancy cheeses). But we’re not here for those gifts. Here, a bunch of present suggestions from the ’70s to the early aughts that didn’t age as well.

Terrifying animal masks: perfect for any budding bank robbers on your list. 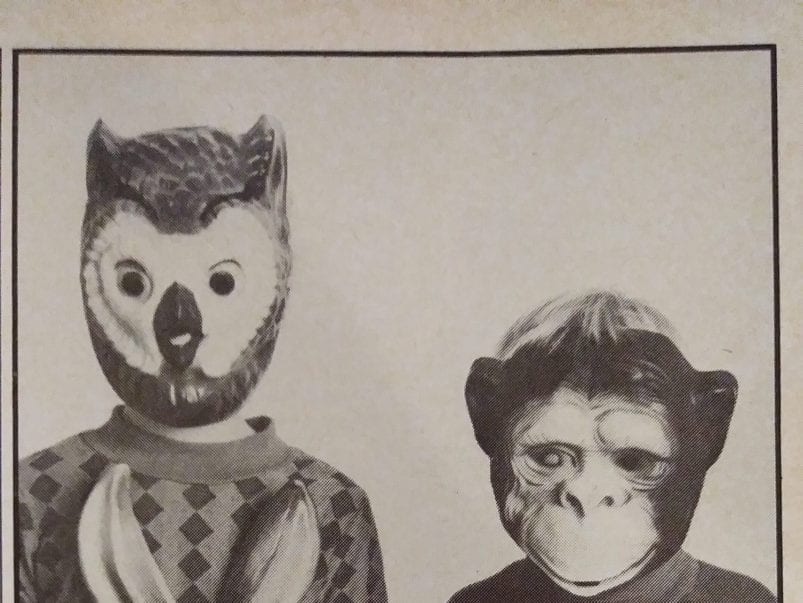 Shells! Just some freaking decorative shells. Also, a functional plastic organizer, that we could have filled with literally anything (pens, paperclips, candy, you get the idea) but chose to throw in a sad collection of cigarettes instead. 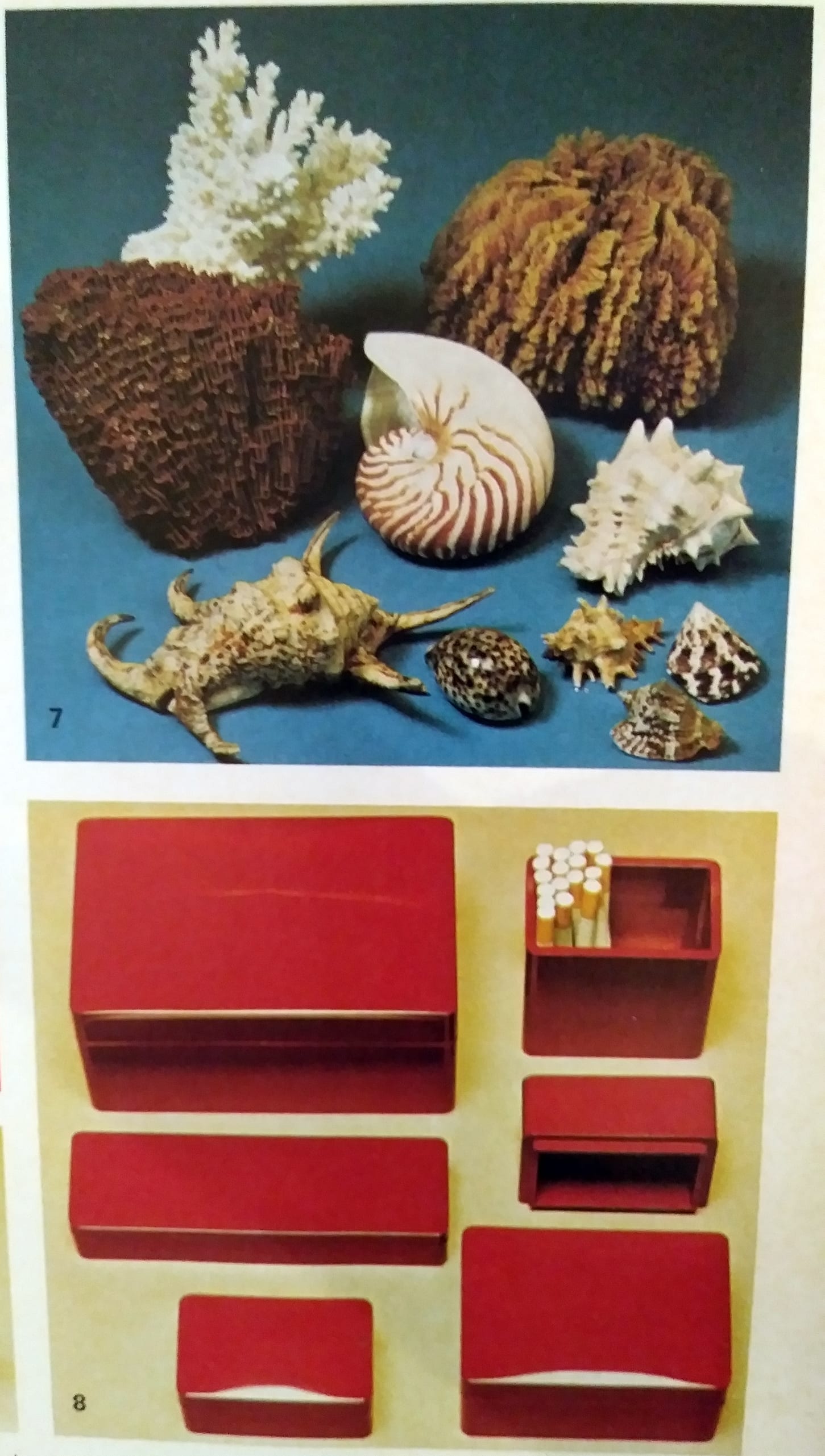 Here we have some suggestions for the home: a bubblegum machine, Advent candles, a creepy jester statue, green apple soap and a couple of fast food–type trays. There, now your home is complete. 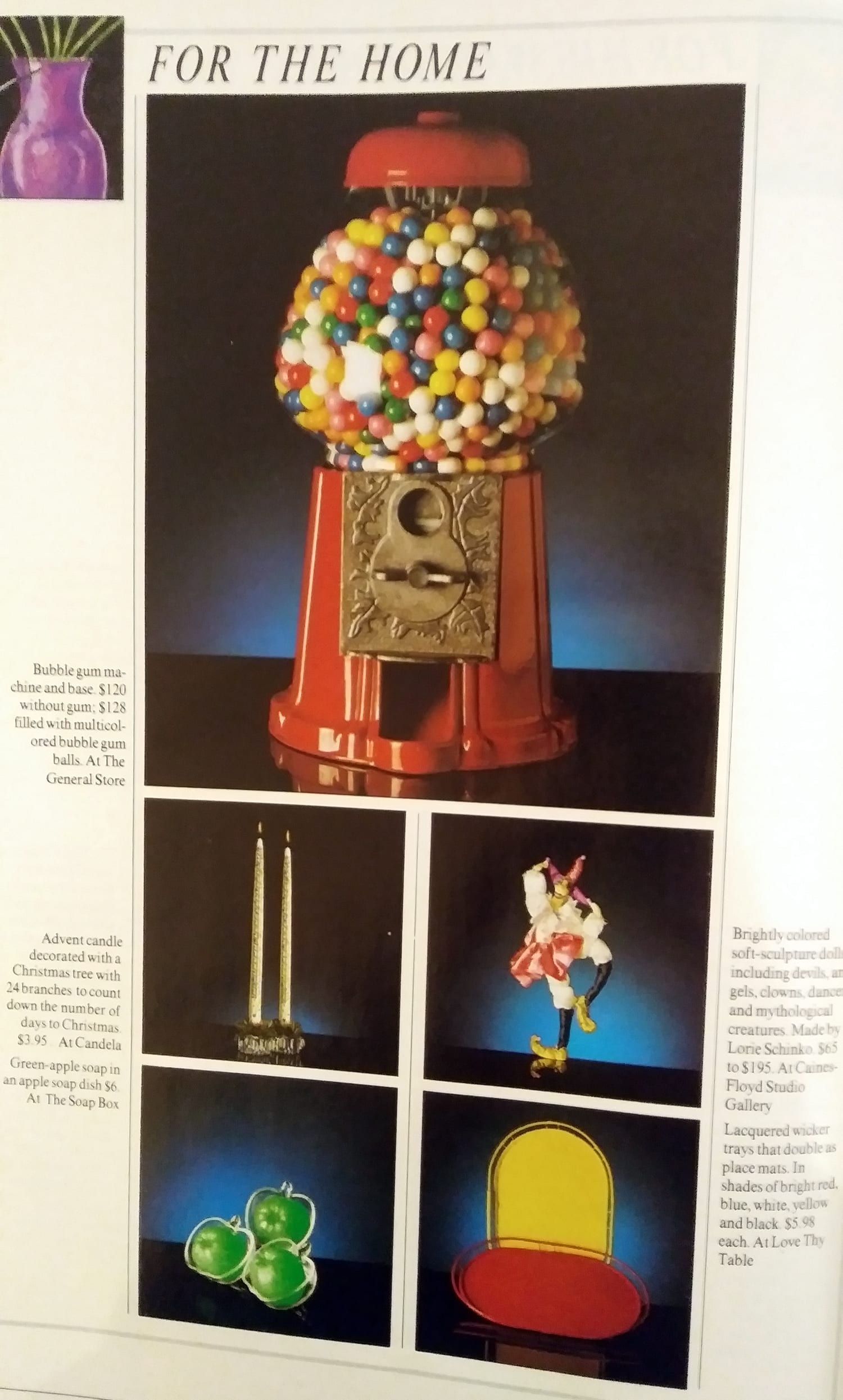 There were a lot of tech-y treats in this issue, like a lifetime membership in a video club that includes 10 free VHS movies, plus reduced prices on rentals at Mr. Video. Also, this laptop computer that is both the same size and weight as a small child. 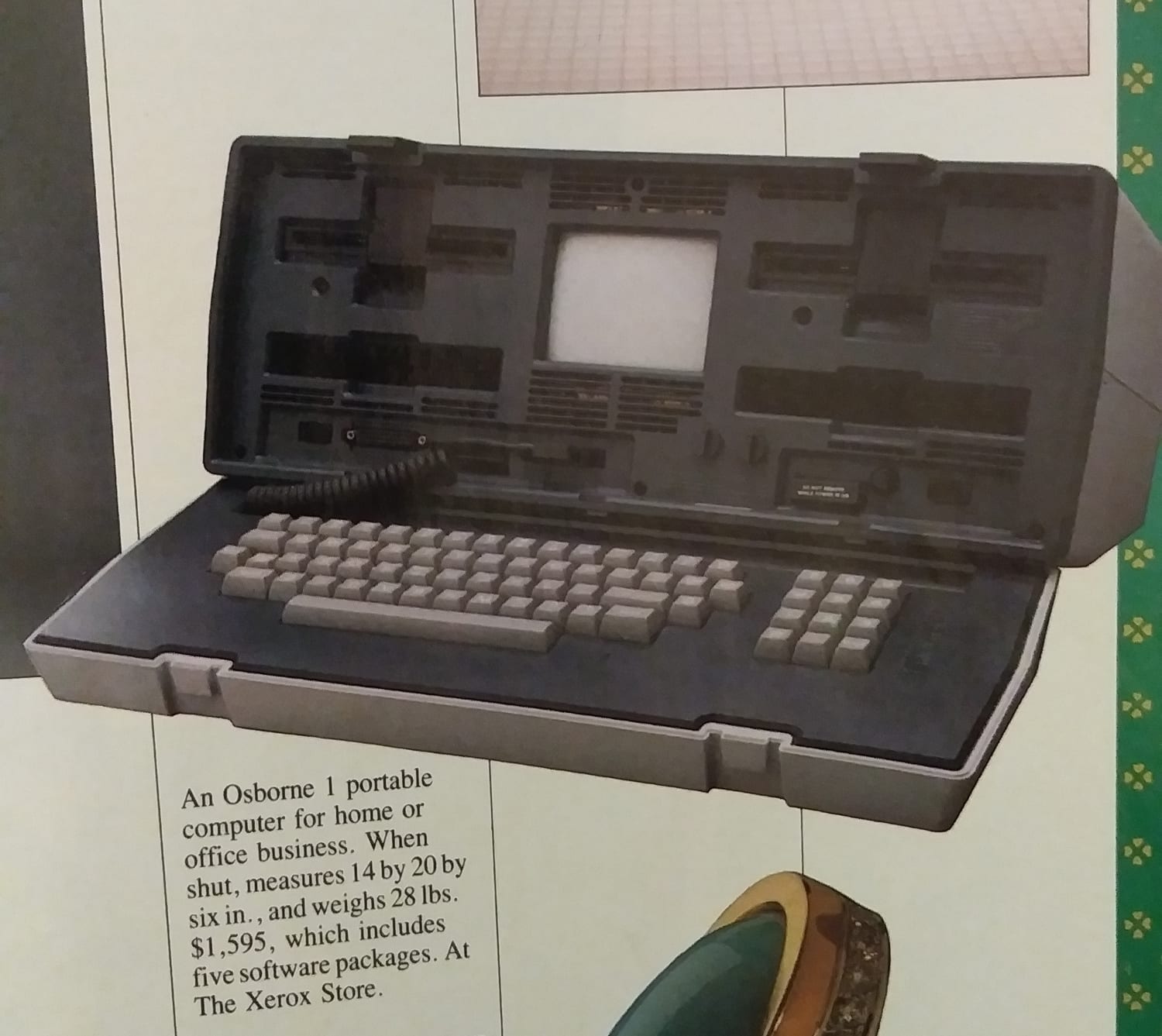 This flattering coat from Clotheslines (a now-closed store that we clearly had a thing for) looks like something a bunch of small Muppets standing on each other’s shoulders would wear to look like one big Muppet. 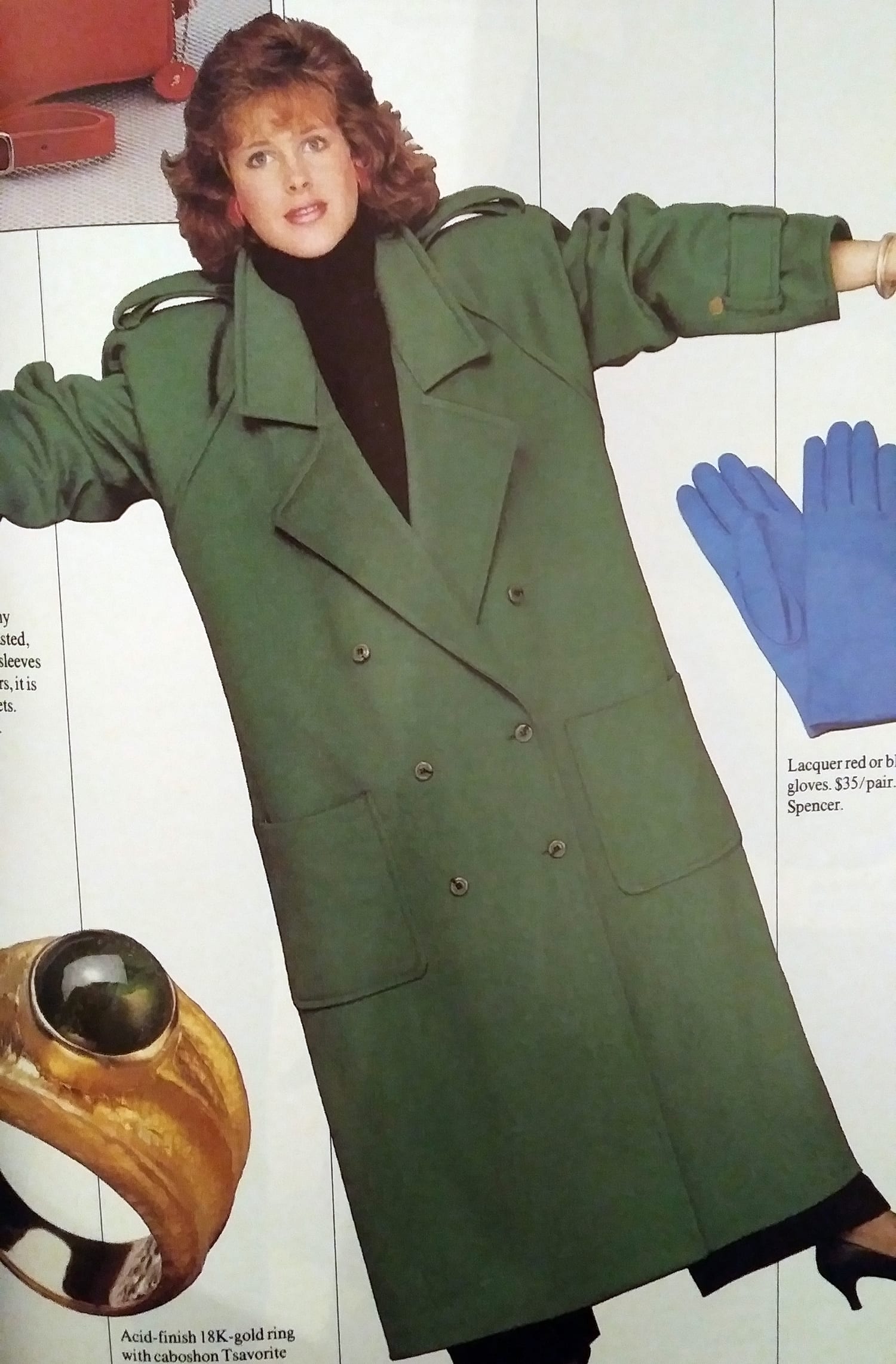 From a section of the 1986 gift guide entitled “What Women Really Want,” we have the following: a Victorian-style cotton nightie (creepily paired with tartan gloves and a scarf), a laminate accordion file, over-sized tea cozies in animal shapes, and detailed historic homes made entirely of straw. You’re welcome, ladies. 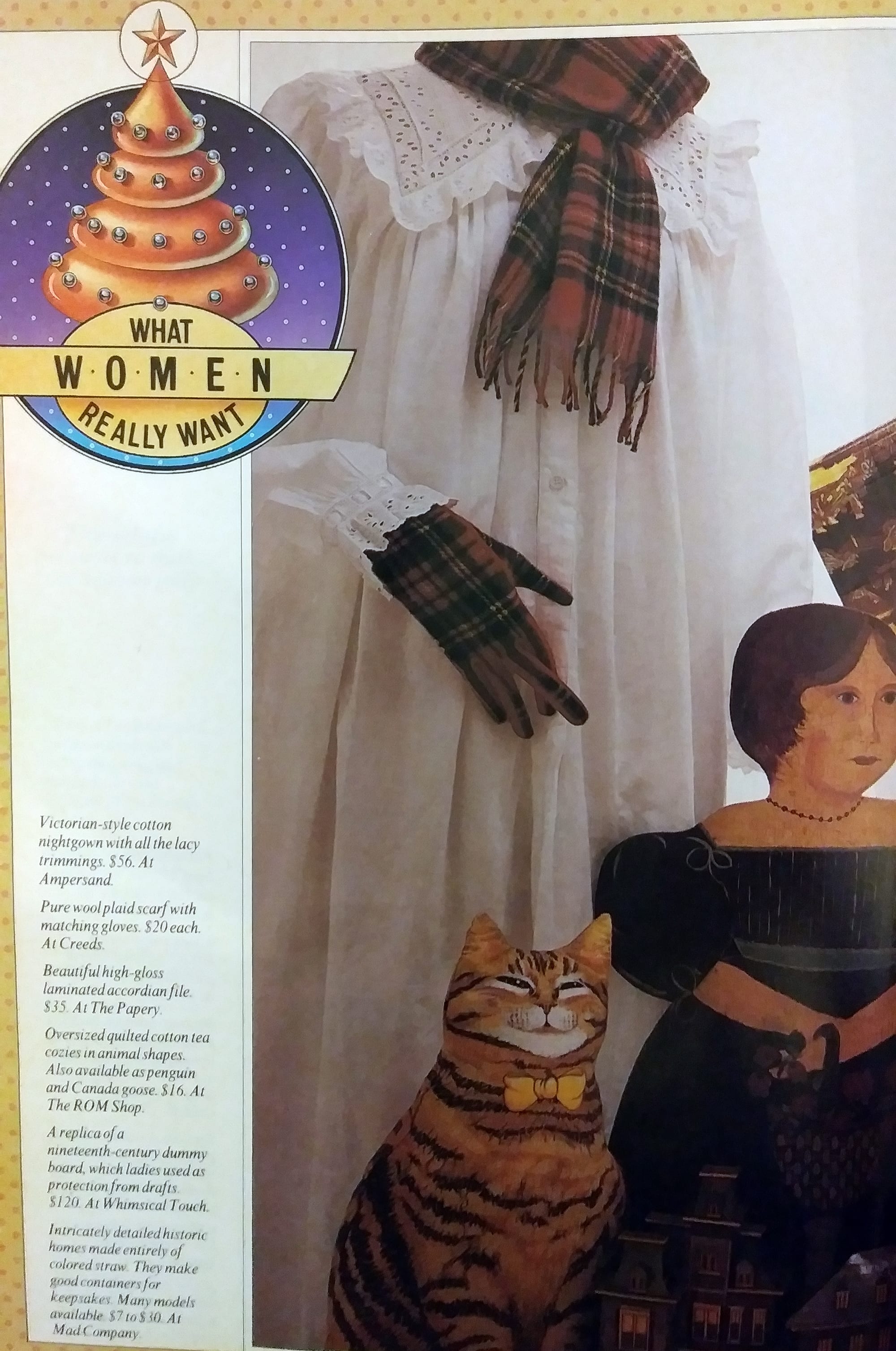 Meanwhile, the men of 1986 got piano phones, bikes and kooky beanie caps. Wheeee! 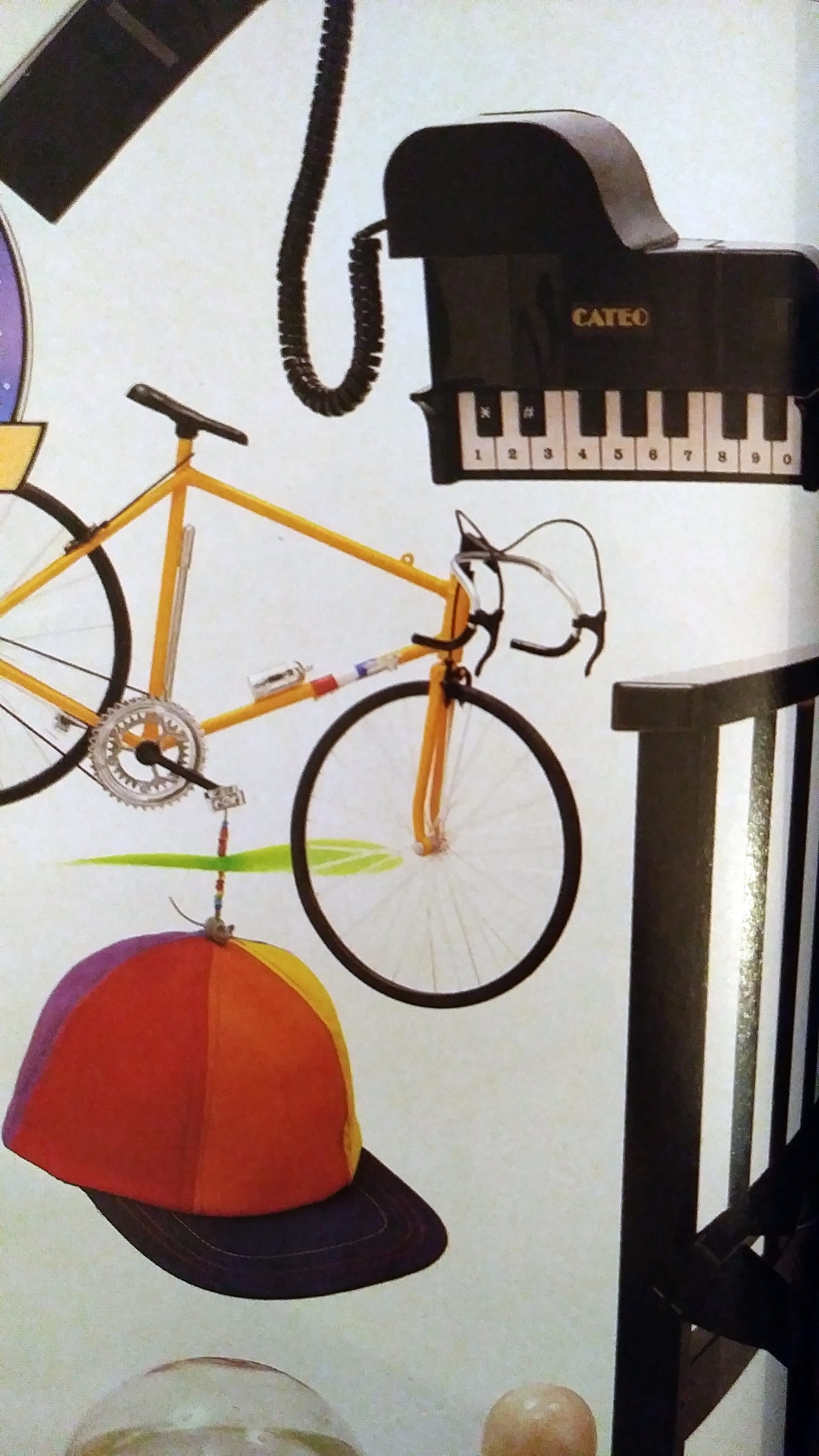 For this page, we basically exploded an episode of Saved By the Bell. 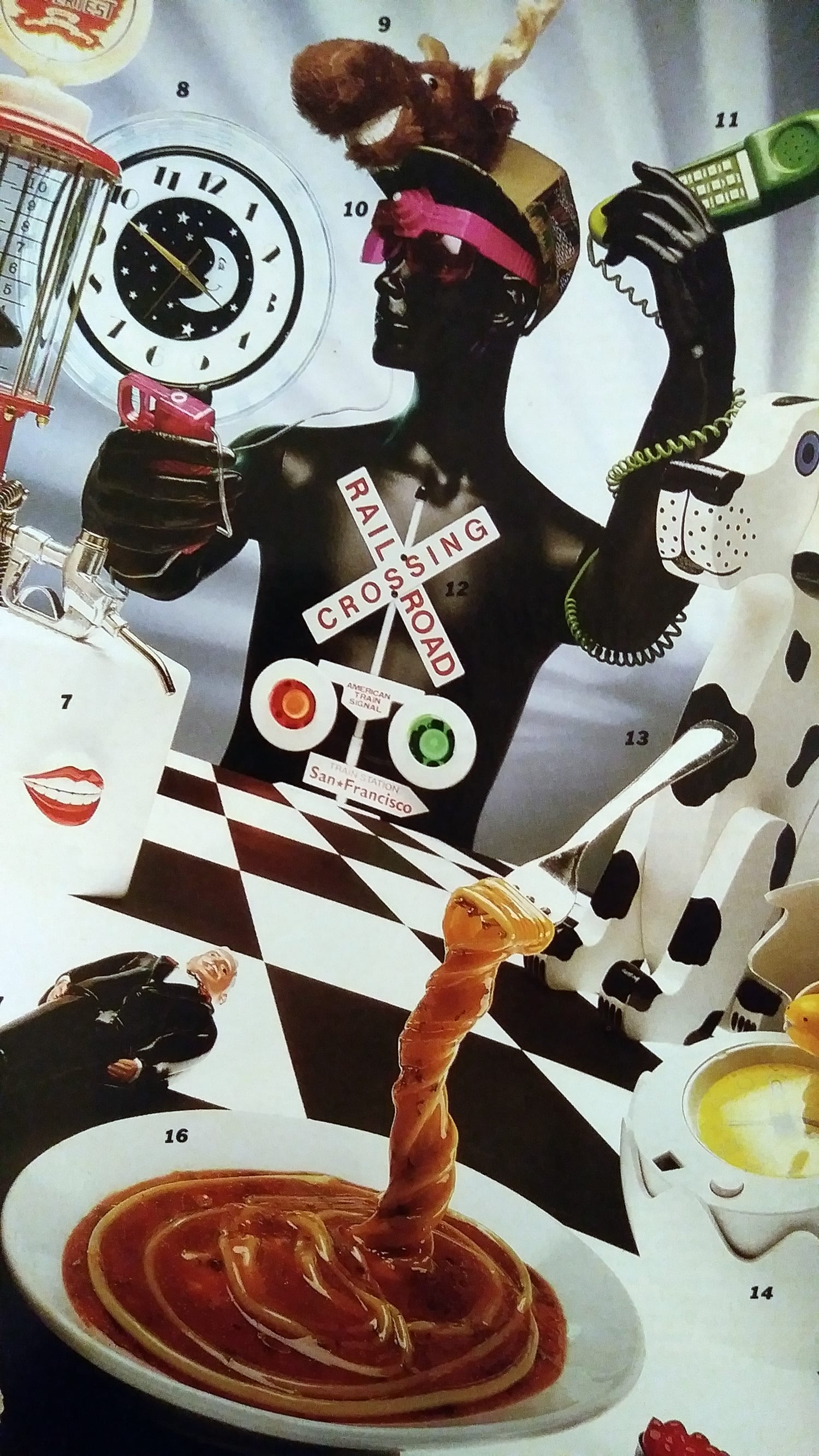 This year featured some more cutting-edge technology in the form of a $2795 portable phone from Northern Telecom. It was, of course, a gift suggestion for dad (note the book on Ferraris behind it and the dumbbells in front). 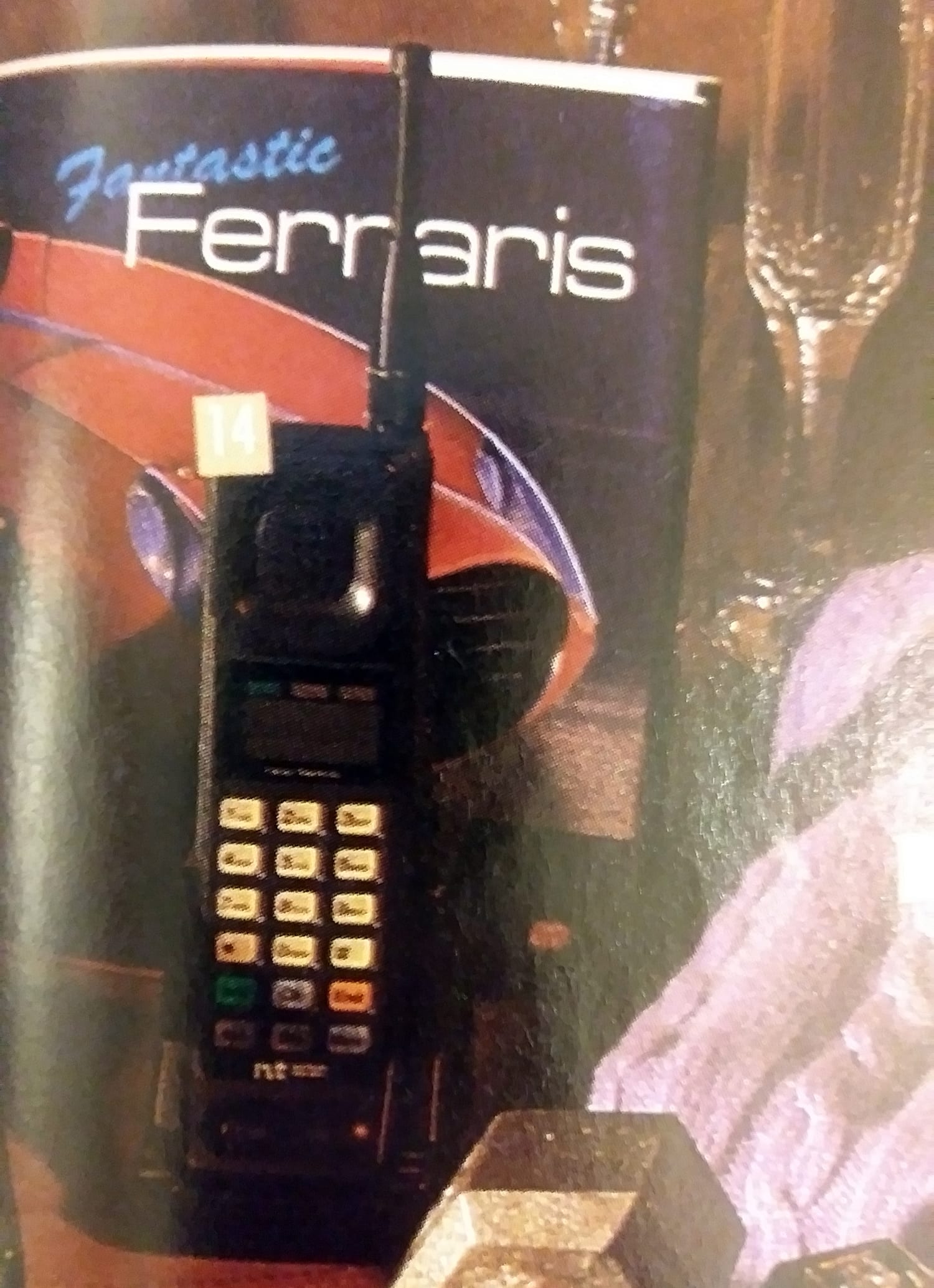 Not just any vests—the best vests: 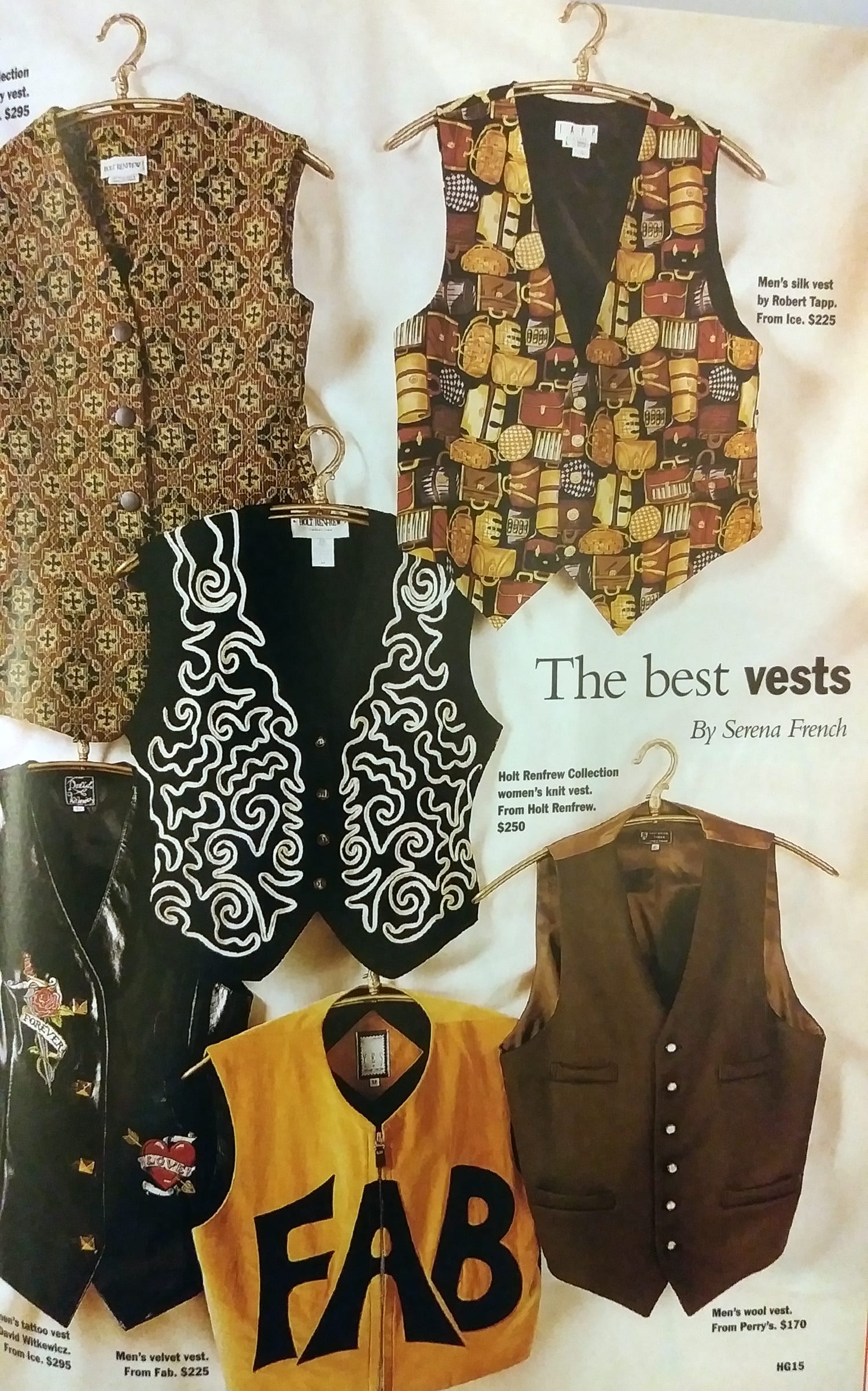 This was the first year we suggested giving a living thing (a goldfish from PJ’s Pets), unless you count the time we listed a personal butler for-a-day. It was also when we included this handy-dandy Scout GPS system, the first of its kind for only $795 (stylish orange case with belt attachment included). 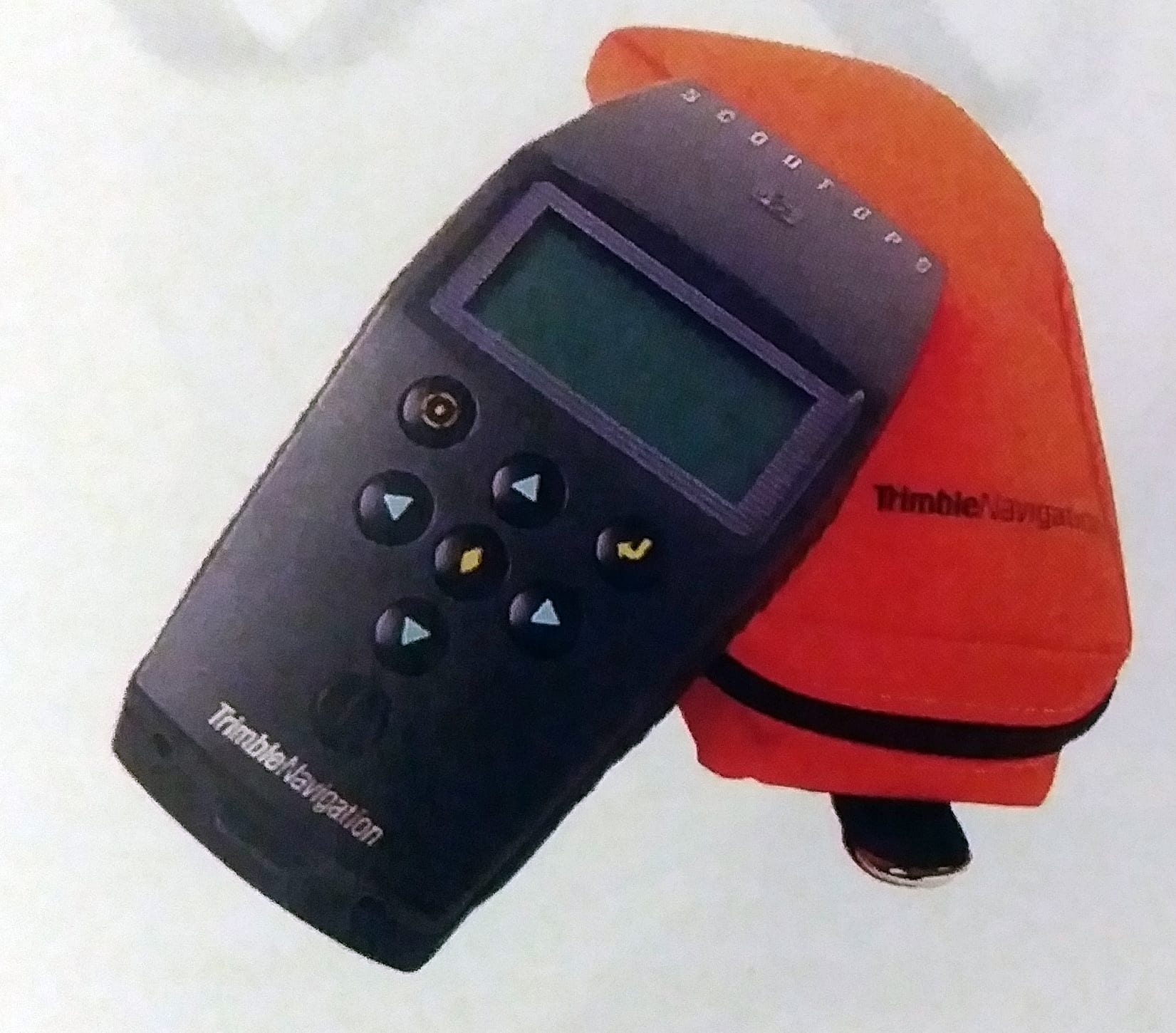 We went with a natural elements theme for the 1995 gift guide. Under the earth section: a grasshopper tablecloth, twee carrot- and pepper-shaped containers from Tiffany & Co., a box of Irish oatmeal, a birdhouse that looks like a nest, and a pensive grasshopper hand puppet. What a haul! 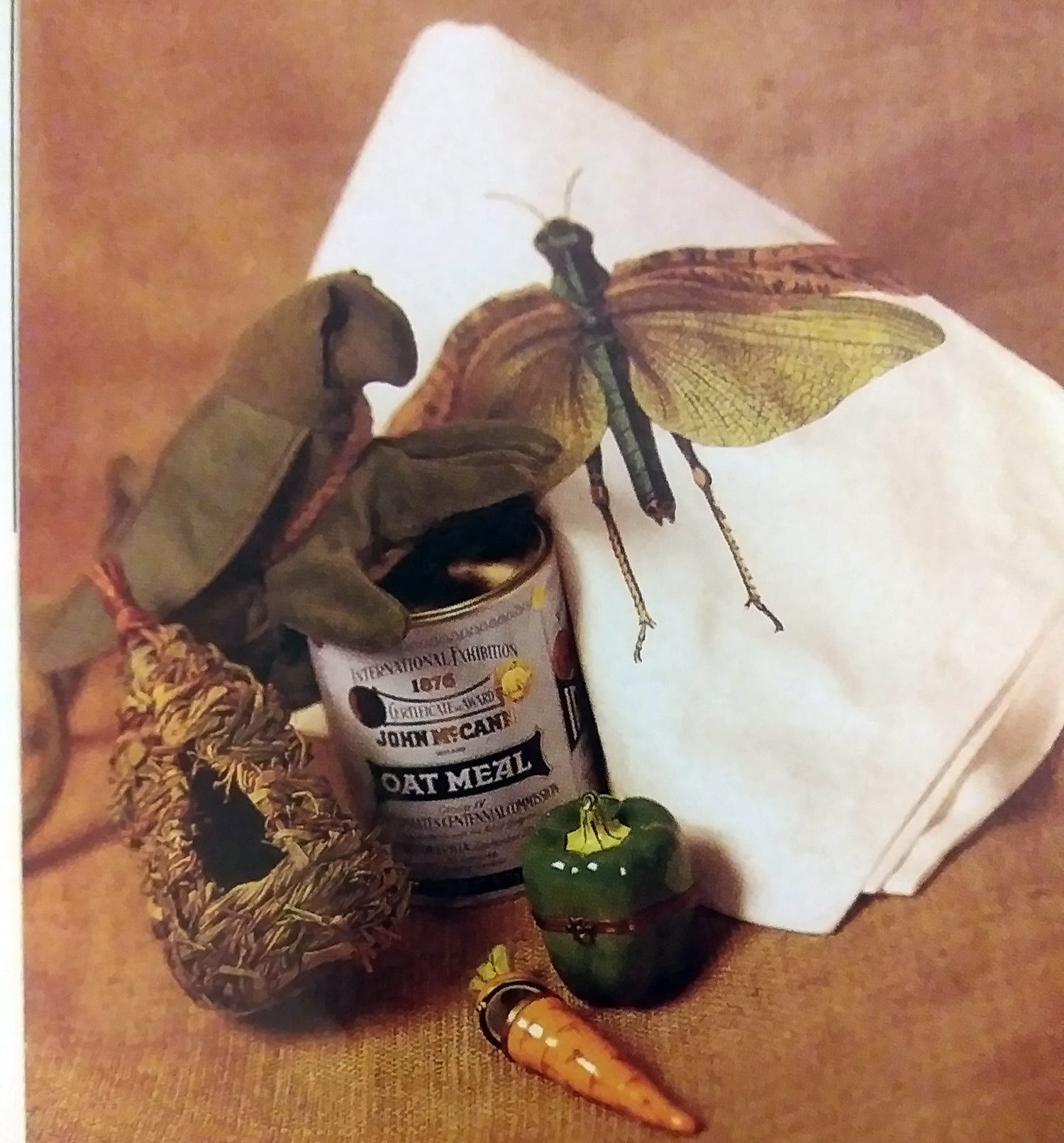 A Sony Discman with an illuminated screen and 20-second anti-skip protection? The future is now. 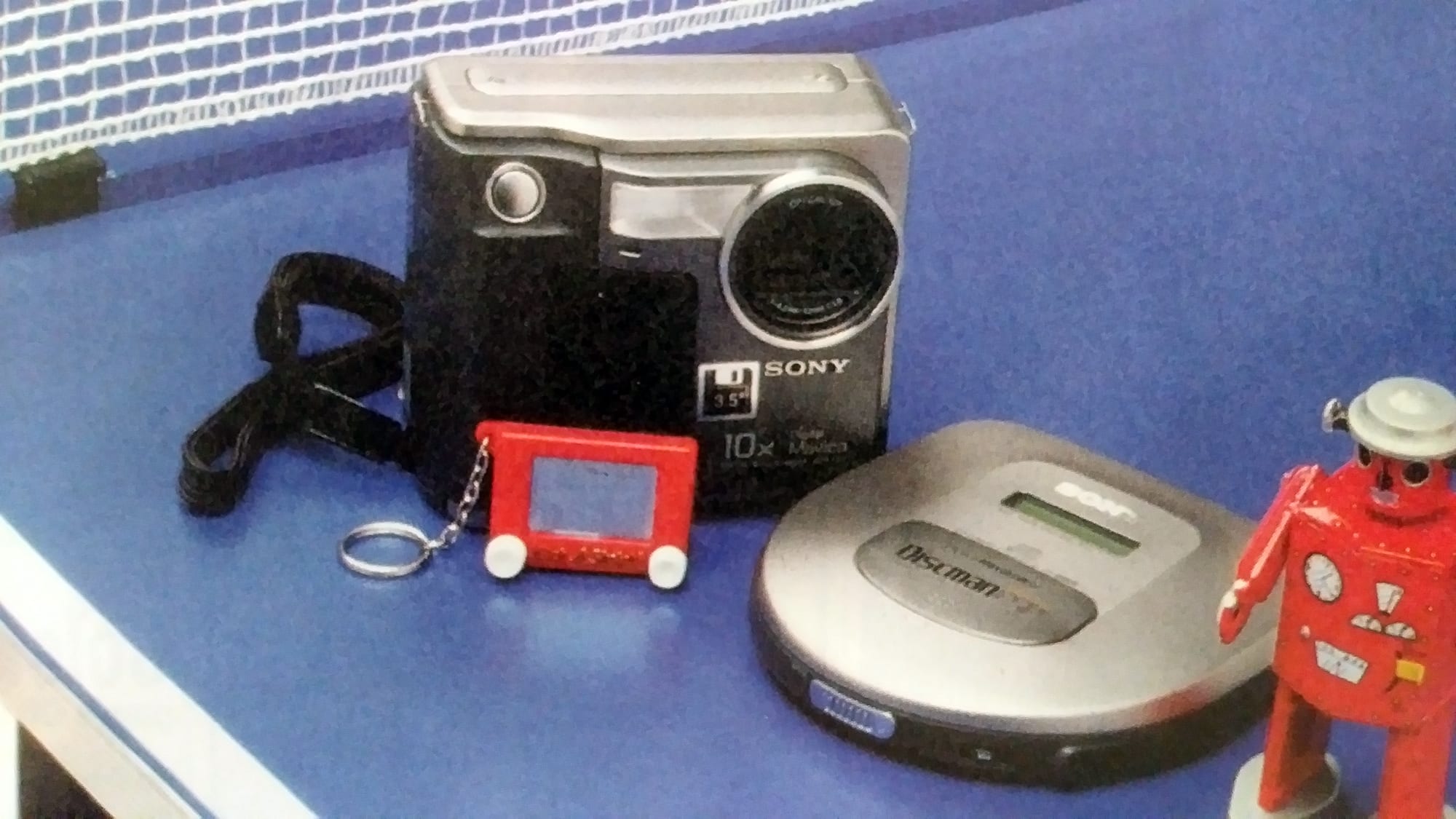 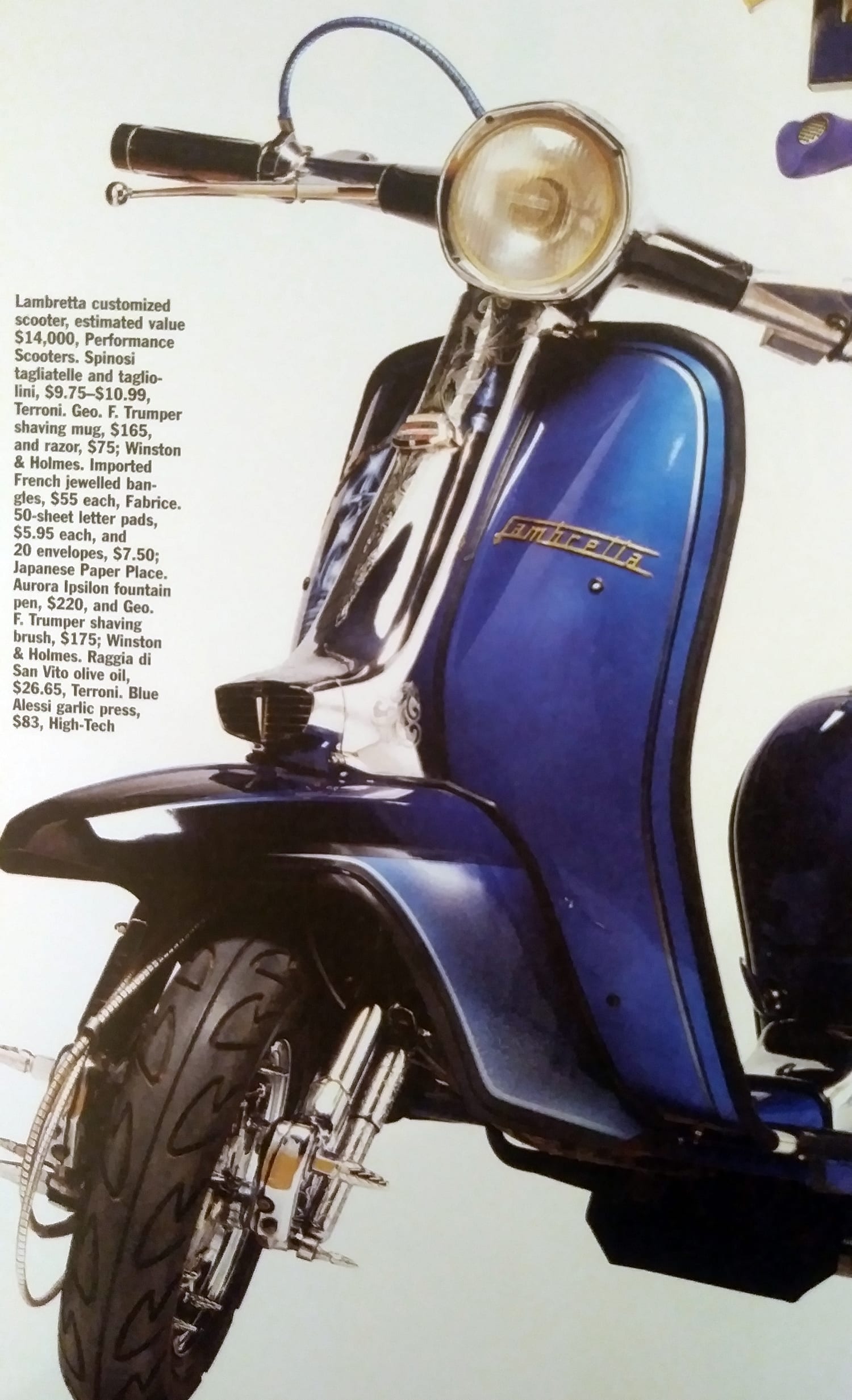 From the “Visions of the Future: Gifts for the millennium and beyond” gift guide… a whole bunch of see-through crap. Did we learn nothing from Pepsi Clear? 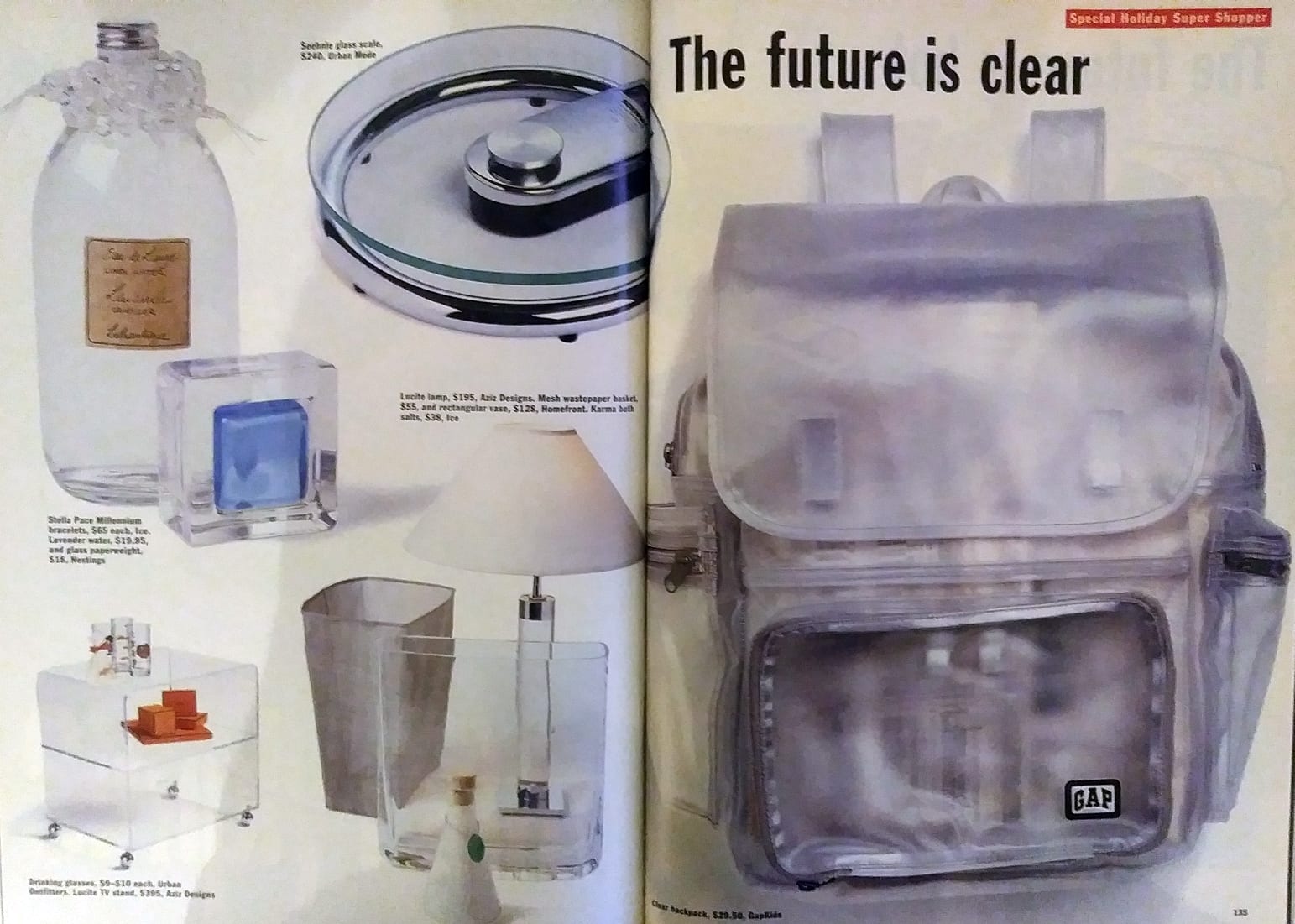 Look! It’s the Nokia 8290, everyone’s first cell phone. Fun holiday twist: If you want to remember what it sounds like to get a call on your mobile in the year 2000, just watch Love Actually. 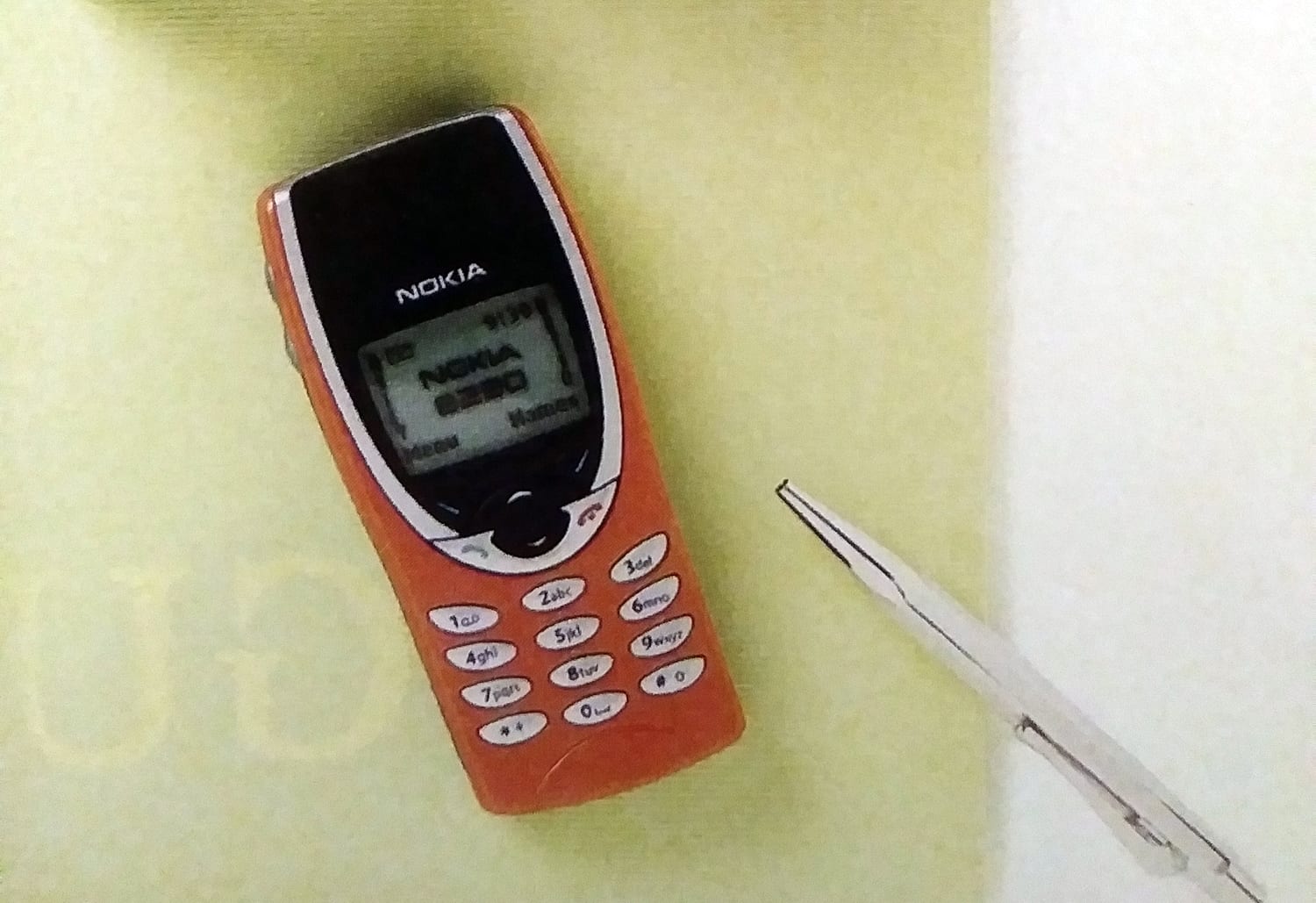