Our Sort-of Secret series shines a spotlight on the city’s hidden edible gems. Up first, some Cabbagetown croissants with a cult following

The sort-of secret: Tasso Baking, a hole-in-the-wall croissant specialist on Parliament
You may have heard of it if: You live in Cabbagetown—or are gung-ho to search high and low for top-notch viennoiserie
But you probably haven’t tried it because: The bakery only opens for a few hours each week, and if you don’t show up early, you might leave empty-handed

How do you identify a perfect croissant? Listen to it. Tap on the surface with a fingernail and it’ll clack like the crust of a crème brûlée. Tear into it and precious flakes of buttery crust shake loose in every direction. But ultimately, you’ll know it when you taste it—like the croissants at tiny Tasso Baking in Cabbagetown.

The life-cycle of these croissants is three days, start to finish. The process begins with the base dough, rested overnight. Lamination—the process of repeatedly folding butter into the dough to form the layers—takes place the following day. After another overnight rest, the dough undergoes its final rise for three hours and the croissants are baked just before service. That’s the gist, but the details of the recipe are a tightly guarded secret. “It’s all in the process,” says owner Mike Tasso. “The ingredients are high quality, but not something you couldn’t find in a grocery store.” 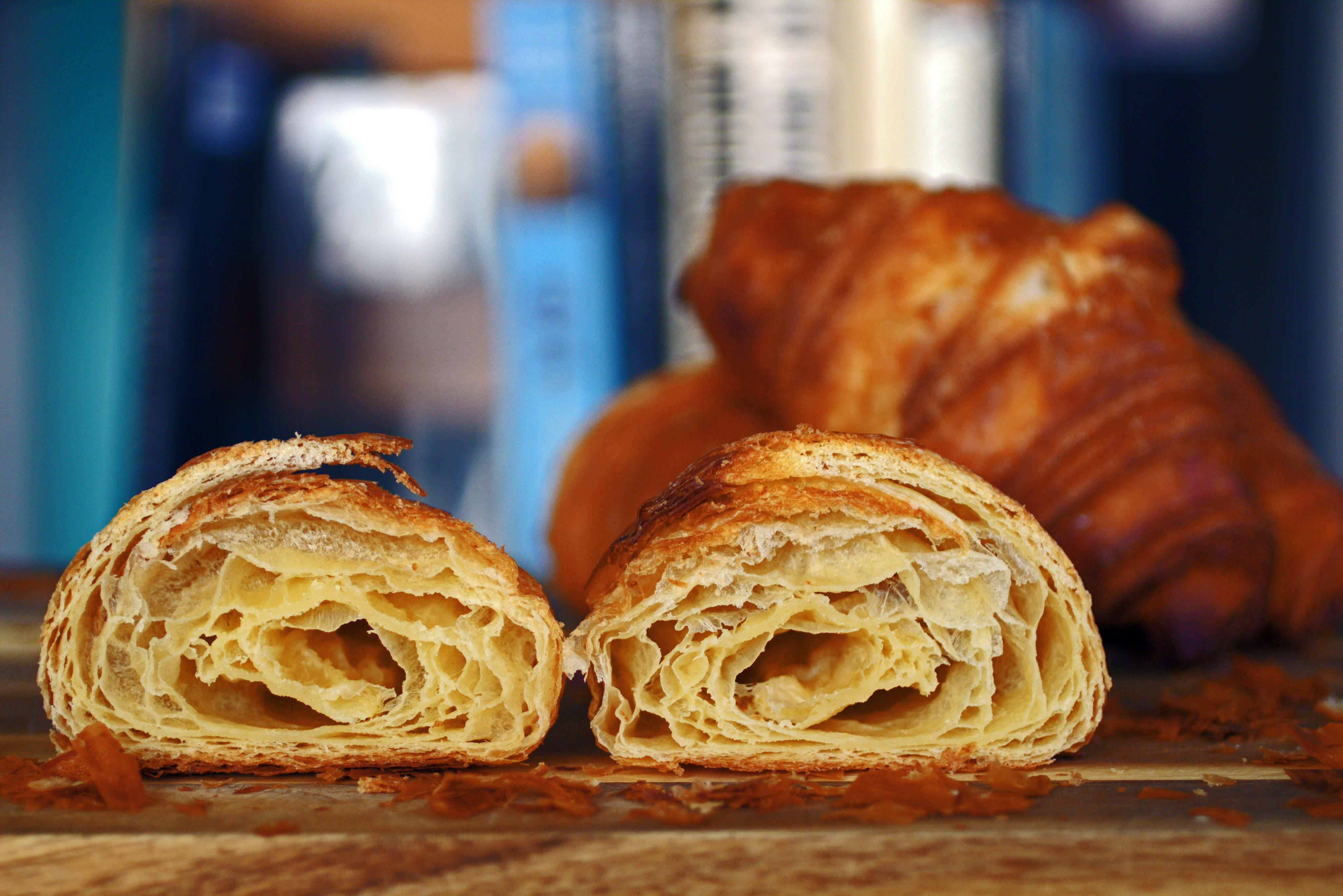 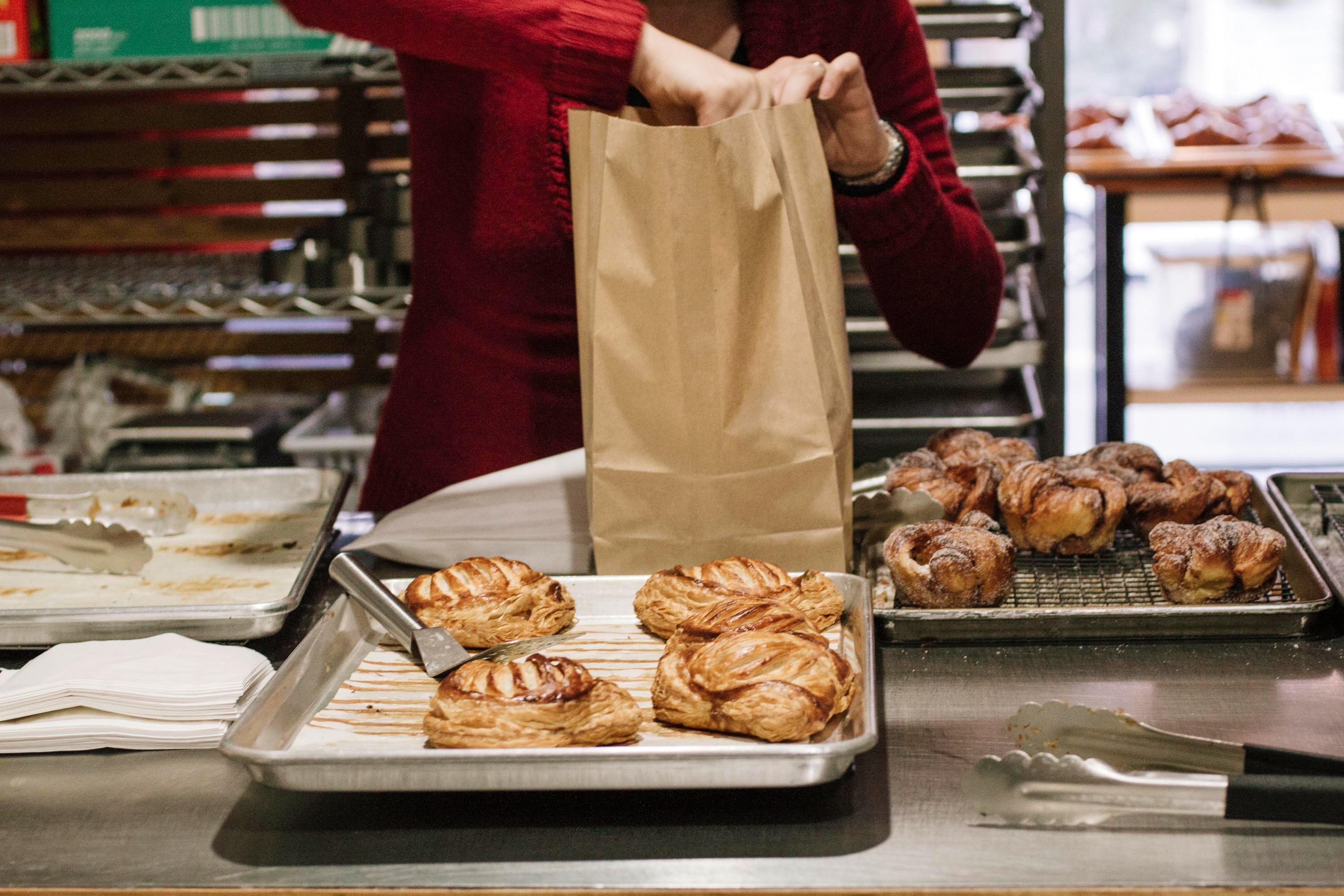 The bakery also serves a small selection of other pastries, like a cinnamon bun made with croissant dough and a kick of spice. Or the kouign-amann, a sticky spiral slick with caramelized butter. Sometimes, there are delicate madeleines, and puff pastry pockets stuffed with an impossibly delicate apple filling.

But the croissants—plain, chocolate and almond—are the reason why people line up outside the 300-square-foot shop well before it opens. Because that’s the thing: these aren’t anytime croissants. Doors open at 8:30 a.m. on Friday and at 9 on the weekend, and that’s it. When they’re gone, they’re gone—and that usually happens within two hours, despite an eight-per-person limit. 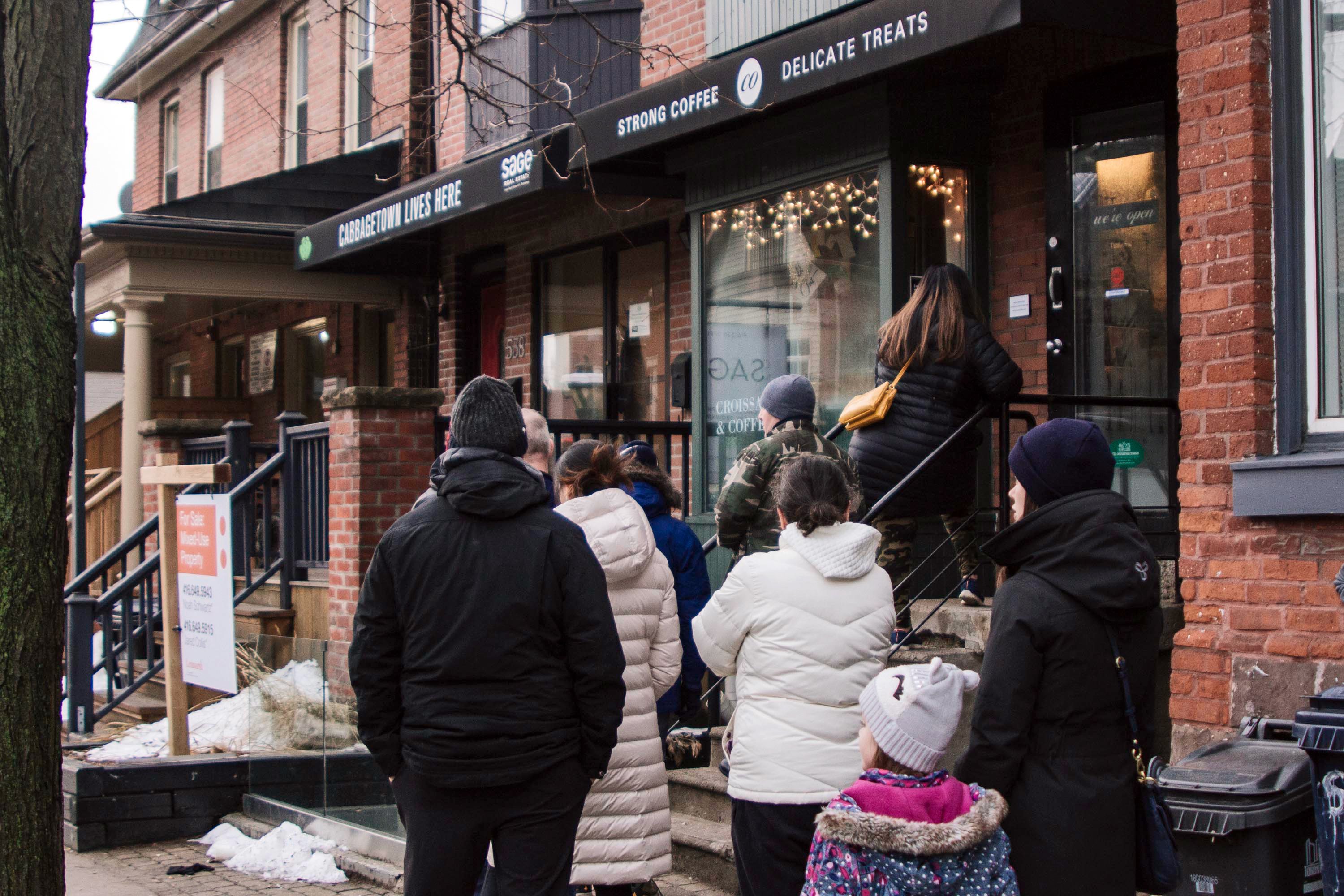 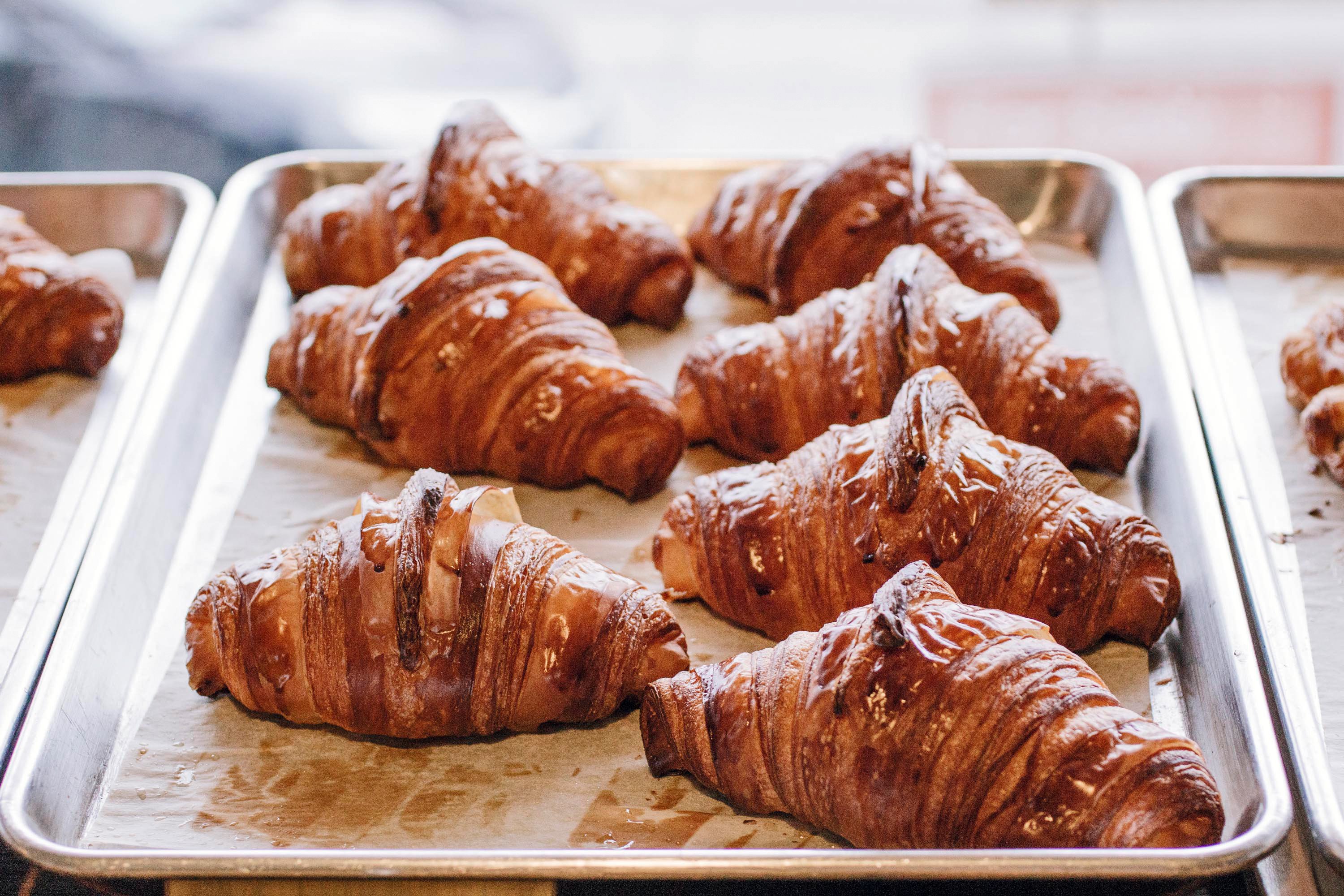 Croissants weren’t always owners Mike and Olyana Tasso’s bread and butter. The couple opened Cafe Olya in Newmarket in 2011, where self-taught baker Olyana made a variety of pastries without a particular focus on croissants. Mike mostly handled customers and coffee (he does some of the baking now). Over time, they noticed croissants selling out faster than everything else, much to the chagrin of their customers. The business naturally shifted in that direction, and in 2013, the couple opened Tasso at its current location on a relatively quiet Cabbagetown block just south of St. James Town.

Despite the croissants being so beloved, Tasso’s future is somewhat uncertain. The building it occupies is for sale, and there are less than three years remaining on the lease. Whether they have to move elsewhere in the neighbourhood at some point remains to be seen. But the couple has no plans to expand or increase production: the pint-sized shop caps out at about 300 croissants a day, and that’s just the way they like it. 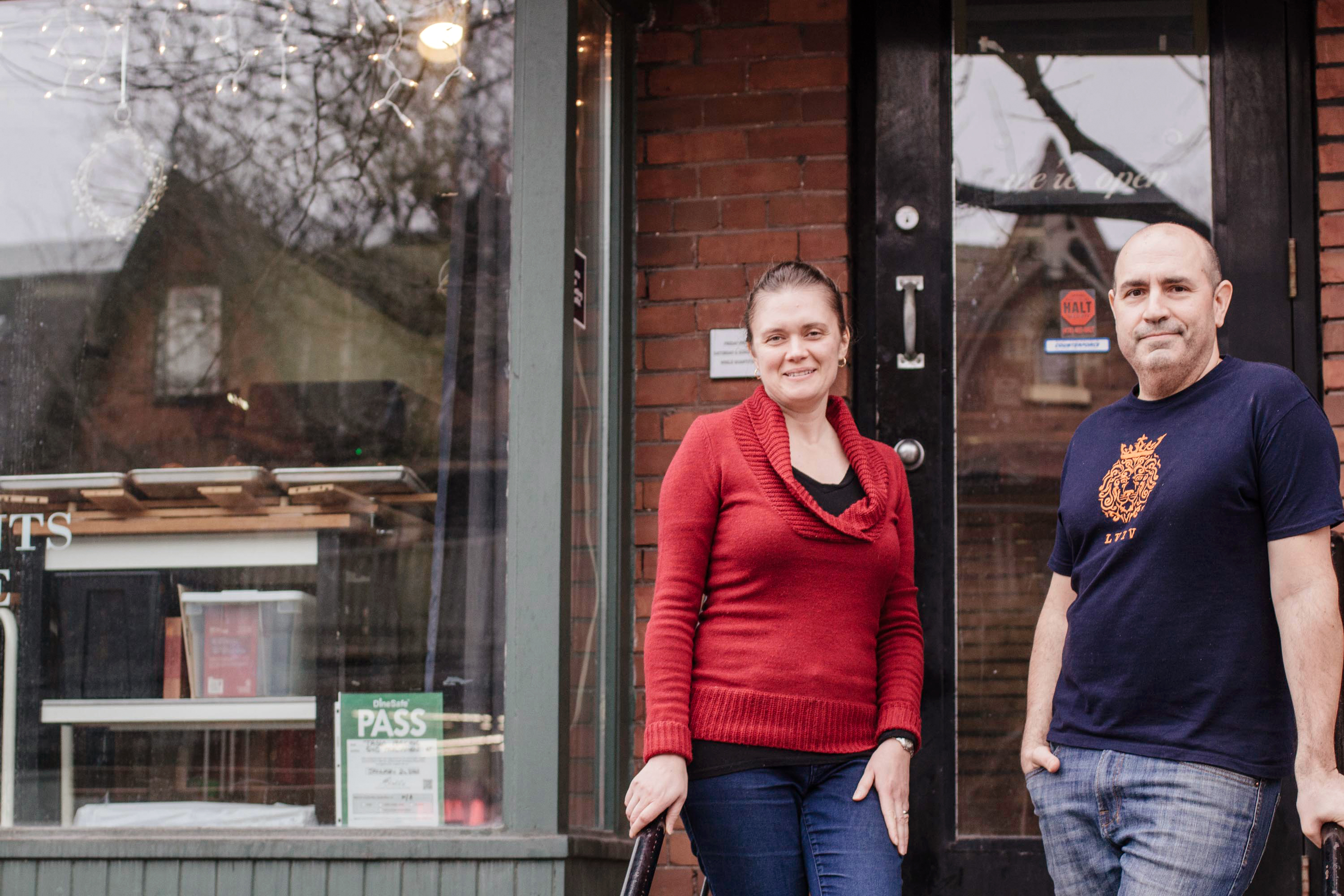