It was a transformative year for the hospitality industry. Throughout it all, we spoke to servers, chefs and restaurateurs who reinvented themselves during the pandemic.

10Roland Campbell has always had a taste for exploring. He took time off to travel after graduating from high school, and then chose a career with an outdoorsy bent over the journalism degree he earned. Then, life took him back to Toronto where he found a home in the hospitality industry—which has long been a lifeline for people in between one thing and the next. Here, he talks about how working at a specific Queen West restaurant helped him decide what to do next. 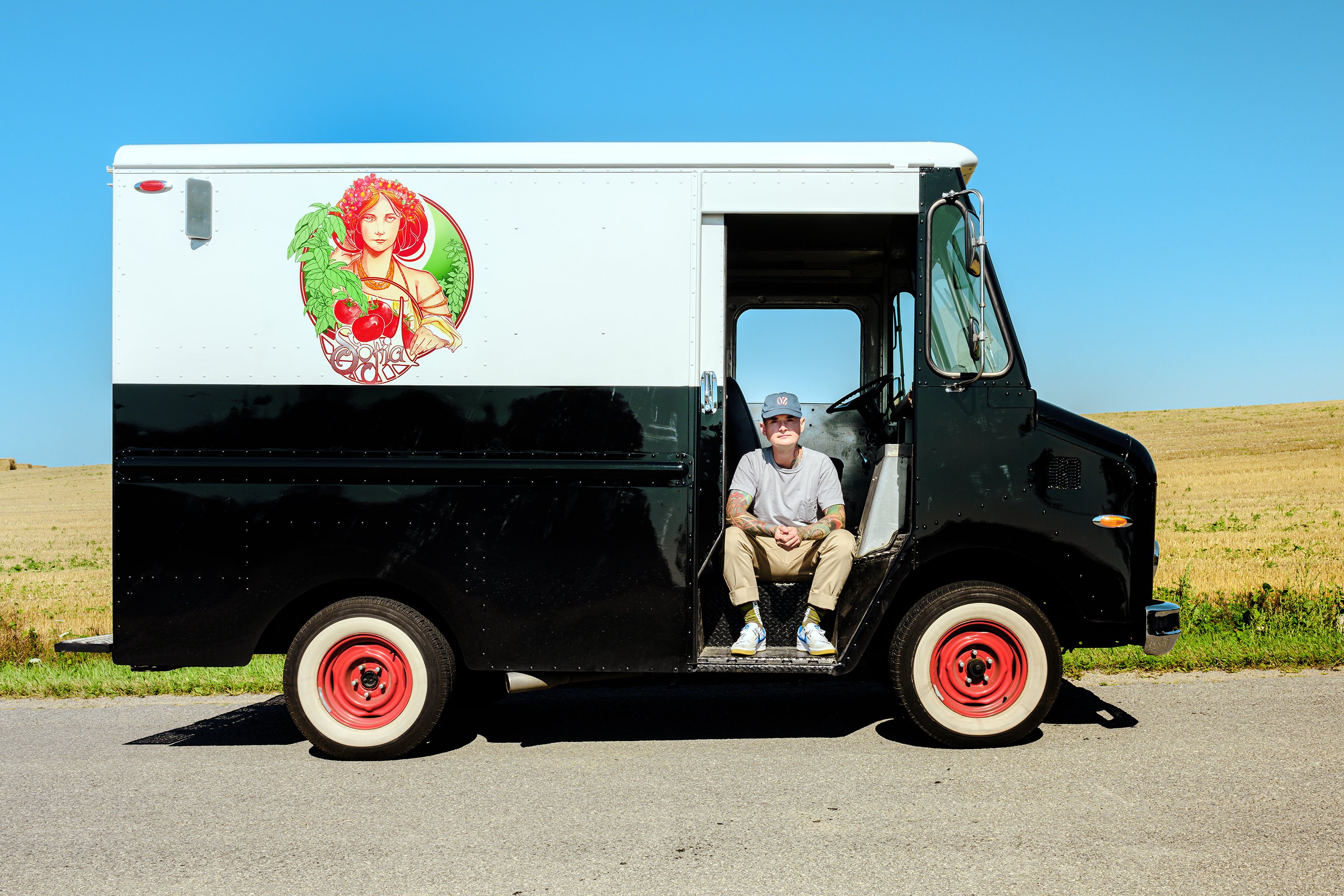 A Toronto chef departs for P.E.C. to make cheese

9 Chef Jesse Fader spent six very busy years opening eight restaurants in Toronto’s west end. Last October, he decided to give it all up and move to Prince Edward County with his family to make cheese. Now they’re thriving in a way they weren’t prepared to. We paid him a visit to check out his new business—and crash his goodbye party.

8 In October 2019, Charlie Iscoe and Laya Bail, originally from Toronto, quit their finance and marketing jobs in New York City. They bought plane tickets for a trip around the world, hoping to be inspired along the way. They made stops in South America, Australia, New Zealand, Japan and Europe, but didn’t conceive of their new business idea until Covid forced them back to Canada. While living on a farm in Creemore, where Laya’s parents live, they began researching the meat industry, and how they could logistically start a business supplying and delivering sustainable meat. In July 2020, they opened Sunday Farms to family and friends and have been growing through referrals and word of mouth ever since.

7 In August, Scarborough residents Daniel and Liana Naraine opened a 300-square-foot grocery store and coffee counter in Birch Cliff called City Cottage Market—despite having no food retail experience to speak of. While both had initially envisioned the store as a part-time project, it quickly consumed their lives, replacing one of their careers and filling just about every other spare moment. We spoke with the couple about how early-pandemic evenings spent watching TV led to the life-changing decision to open a corner store.

A veteran restaurateur goes back to school

6 In 1994 Ed Ho joined Dynamic Mutual Funds, where he worked his way into the investment counselling division, managing funds while enjoying the finer things in life. Until 2004, when he decided to make a change. Many of us know Ho from his forward-thinking Globe Bistro and Earth restaurants, but when he closed his last restaurant just three months before the pandemic hit, a new career was already taking shape. 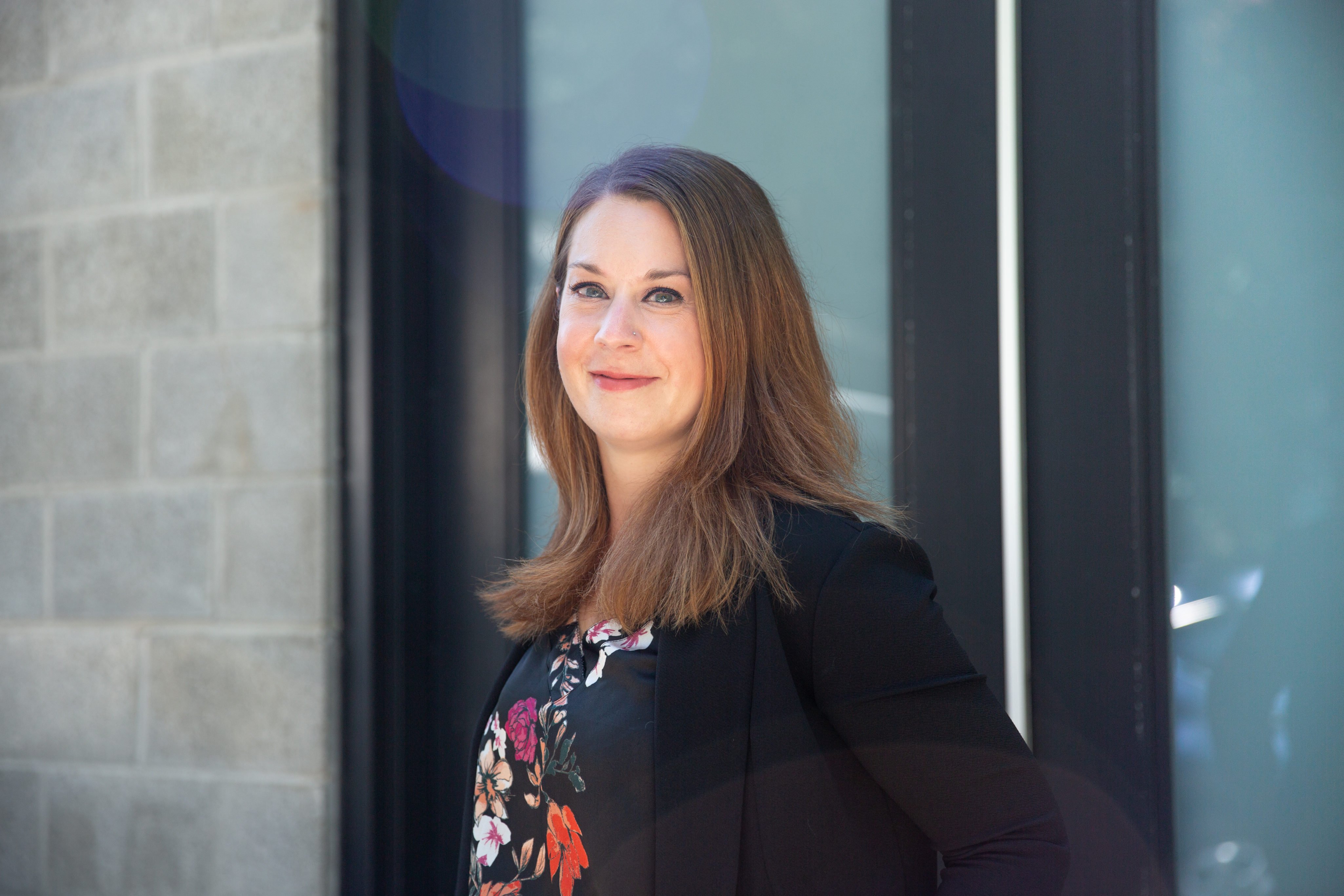 From pastry chef to paralegal

5 Cora James worked as a pastry chef in Toronto restaurants for over a decade, eventually reaching the level of executive pastry chef. But she felt like she had hit a wall, and made the bold decision to leave the industry to pursue a career as a paralegal. Her starting salary is as much as she earned at the peak of her pastry career, and as she watched the pandemic unfold, she felt no regrets about leaving her previous life behind. Plus: no more having to eat lunch standing over a garbage can. We spoke with James about her career, and her decision to pursue a different path. 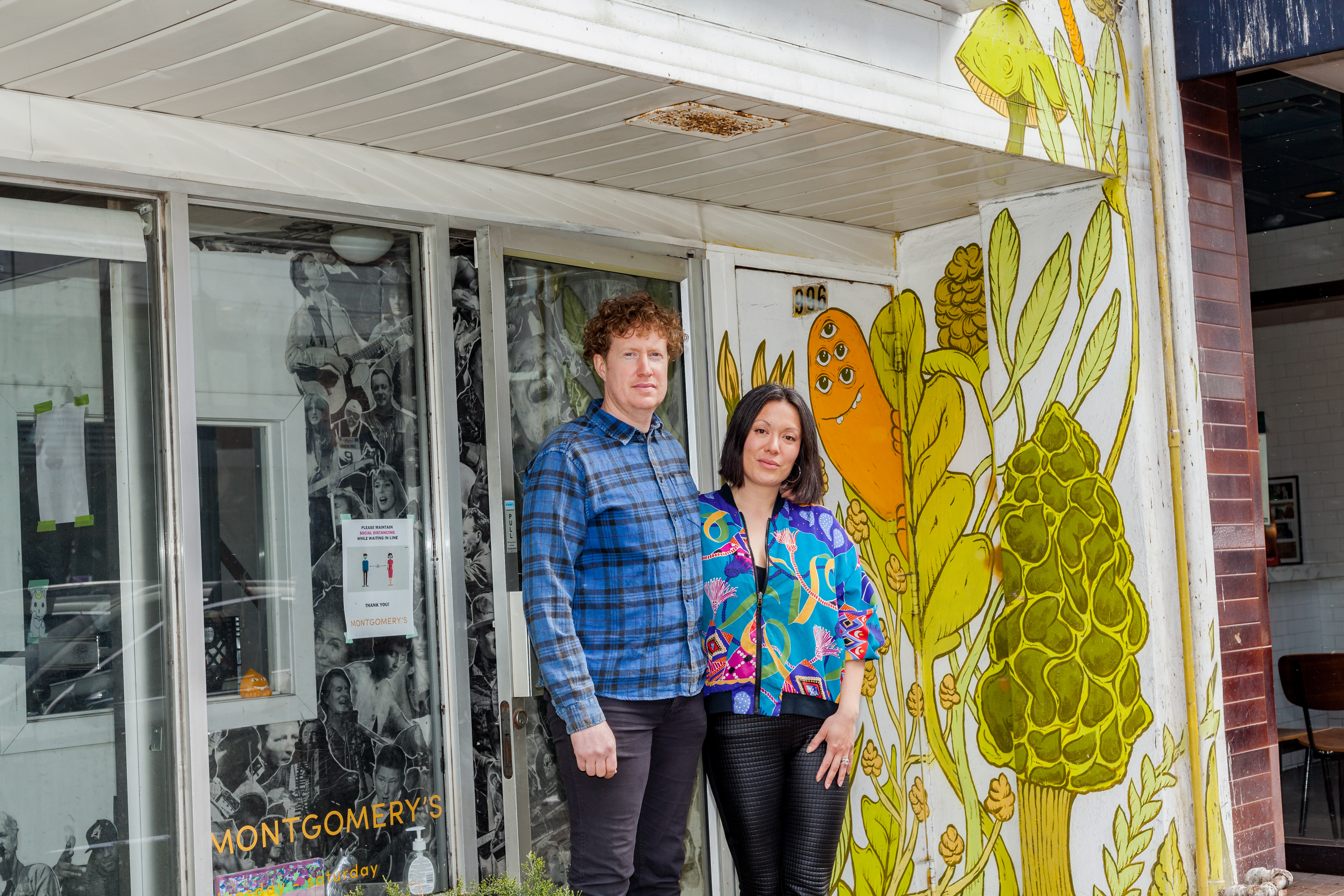 4 Five years ago, husband-and-wife team Guy and Kim Rawlings opened Montgomery’s in West Queen West. Veterans of the city’s hospitality scene, and parents of two kids under three at the time, the couple injected their local-obsessed ethos into every inch of the intimate spot. When Covid hit, they built a grocery-box business that gave their customers access to food right from their farmers. But despite a successful pivot, they announced in April that Montgomery’s would be closing. Here, they memorialize a restaurant that meant so much to them and their loyal regulars, and discuss the “logistical nightmare” of prepping CSA boxes and why this isn’t goodbye, but see ya later. 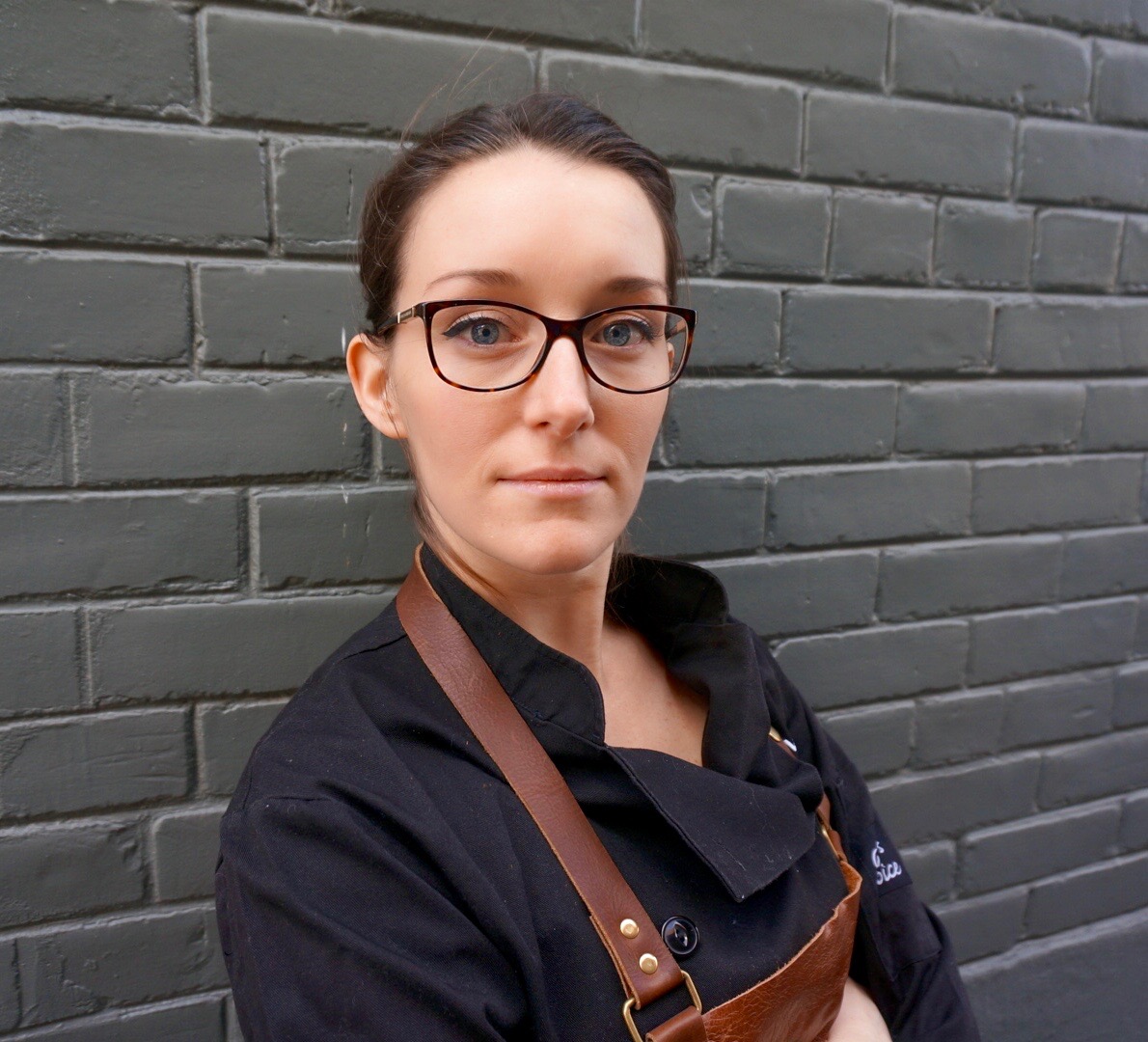 A Toronto chef becomes her own employer

3 When the pandemic hit, Erin Smith was working as the chef de cuisine at McEwan at Yonge and Bloor. After more than a decade in the industry—and with three children under 10—she and her husband, Brandon, also a hospitality vet, decided to head north for Grey County, where they now own a four-bedroom bungalow and 12 acres of land. They also set up a new business, Smith Dining, which offers private, in-house fine dining to Grey County residents. We spoke with Erin about packing up and leaving town, and what it’s like being her own employer.

A couple of industry lifers get a fresh start

2 Maruta Ancans and Scott Mochrie, former Toronto hospitality workers with more than 35 combined years in the industry, say the time-off forced by the early pandemic allowed them, and many in their industry, to reconsider their options, leaving bars and restaurants for previously unimaginable opportunities. We spoke with Ancans and Mochrie, who have relocated to Bracebridge, about leaving the industry, and what they’re up to now. 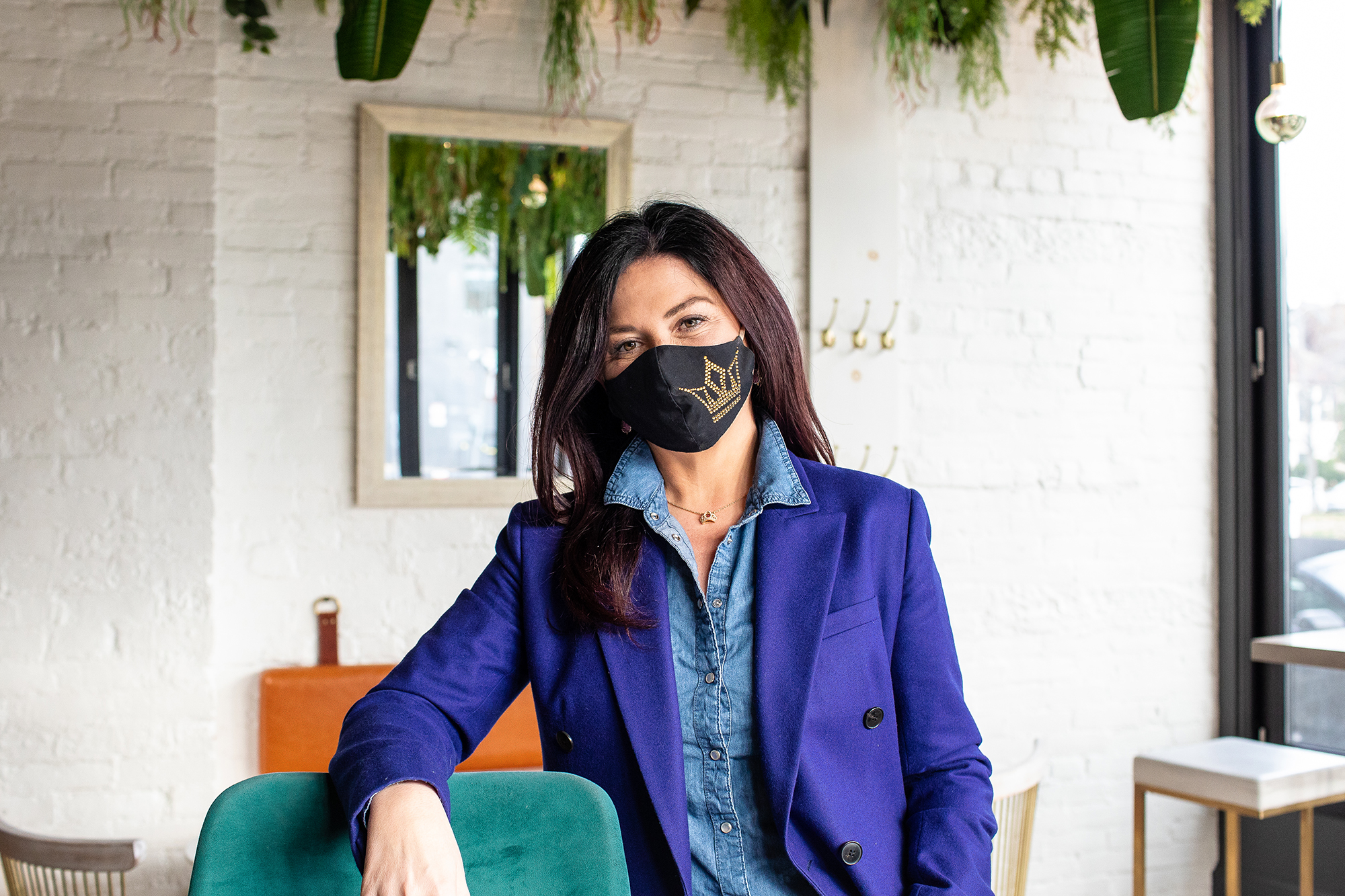 A restaurateur on reopening one day before going back into lockdown

1 Nicki Laborie, owner of Bar Reyna and Reyna on King, had mixed feelings when the province allowed outdoor dining to resume on March 20—with Covid cases on the rise and another set of restrictions seemingly inevitable. After spending $40,000 to re-staff and get Bar Reyna’s patio back into shape, Laborie opened her doors on March 31, one day before outdoor dining was kiboshed yet again on—yes—April Fool’s Day. Here, Laborie explains how the whiplash of opening and closing comes at a high cost, why restaurants can’t just get ready overnight and what it feels like to flush thousands of dollars down the drain.