For this new series, we’re fixating on the city’s food court gems

More Order in the Court 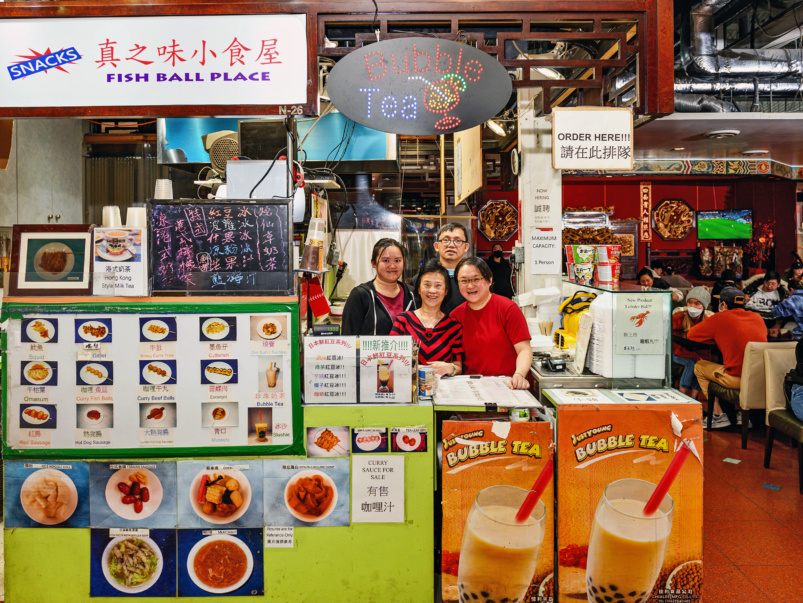 Karine’s is an all-day brunch spot specializing in vegetarian and vegan plates and gluten-free treats, located inside the Village by the Grange food court. The sweet baked goods were my saving grace when I was pregnant during the pandemic and contending with hanger-causing cravings that could be satisfied only by Karine’s brownies, butter tarts and date squares.

When indoor dining resumed, I was able to kick back in the food court with my husband and brand-new babe to try more of the menu, which includes various Armenian and Middle Eastern specials. “Many of our regulars don’t realize that their favourite orders—like the ful platter and the bomba—are Armenian,” says chef and owner Karine Khachakjian. “It just so happens that many of these dishes work in our menu because the ingredients they’re made with are naturally vegan.” 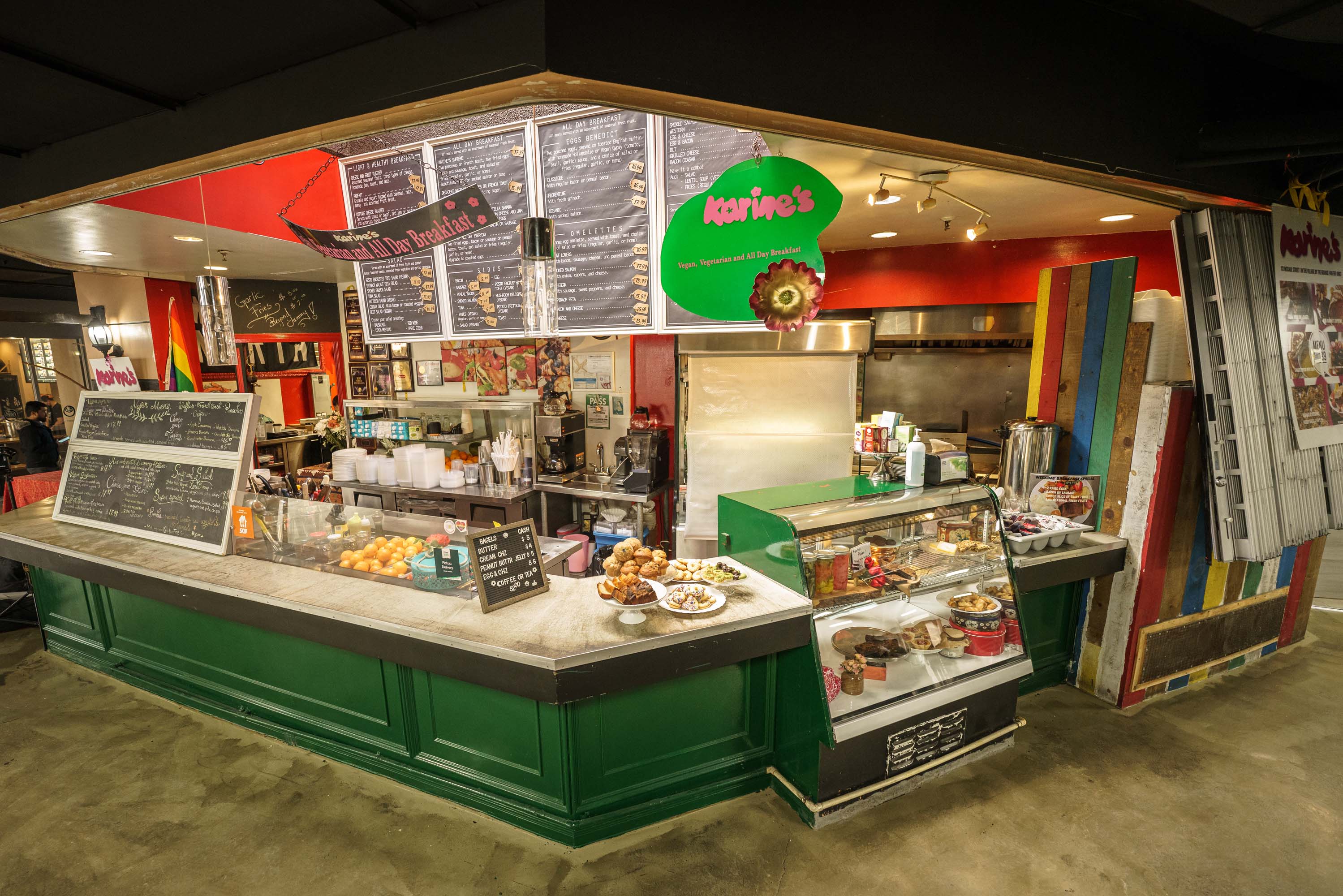 Khachakjian opened her eponymous brunch spot 15 years ago, when she was still a student at OCAD. “At the time, the food court didn’t have much in the way of variety or dishes that catered to special dietary needs.” During her thesis year, Khachakjian reached out to her mom, Margueritte, a restaurant owner and chef, and told her she wanted to open up her own stall in the Village by the Grange. Her mom happily pitched in without a second thought, as did her sister, Stephanie. To this day, Karine’s remains a co-owned and -operated family affair. Even Karine’s six-year-old son, Declan, is often on site, “supervising” and taste-testing. 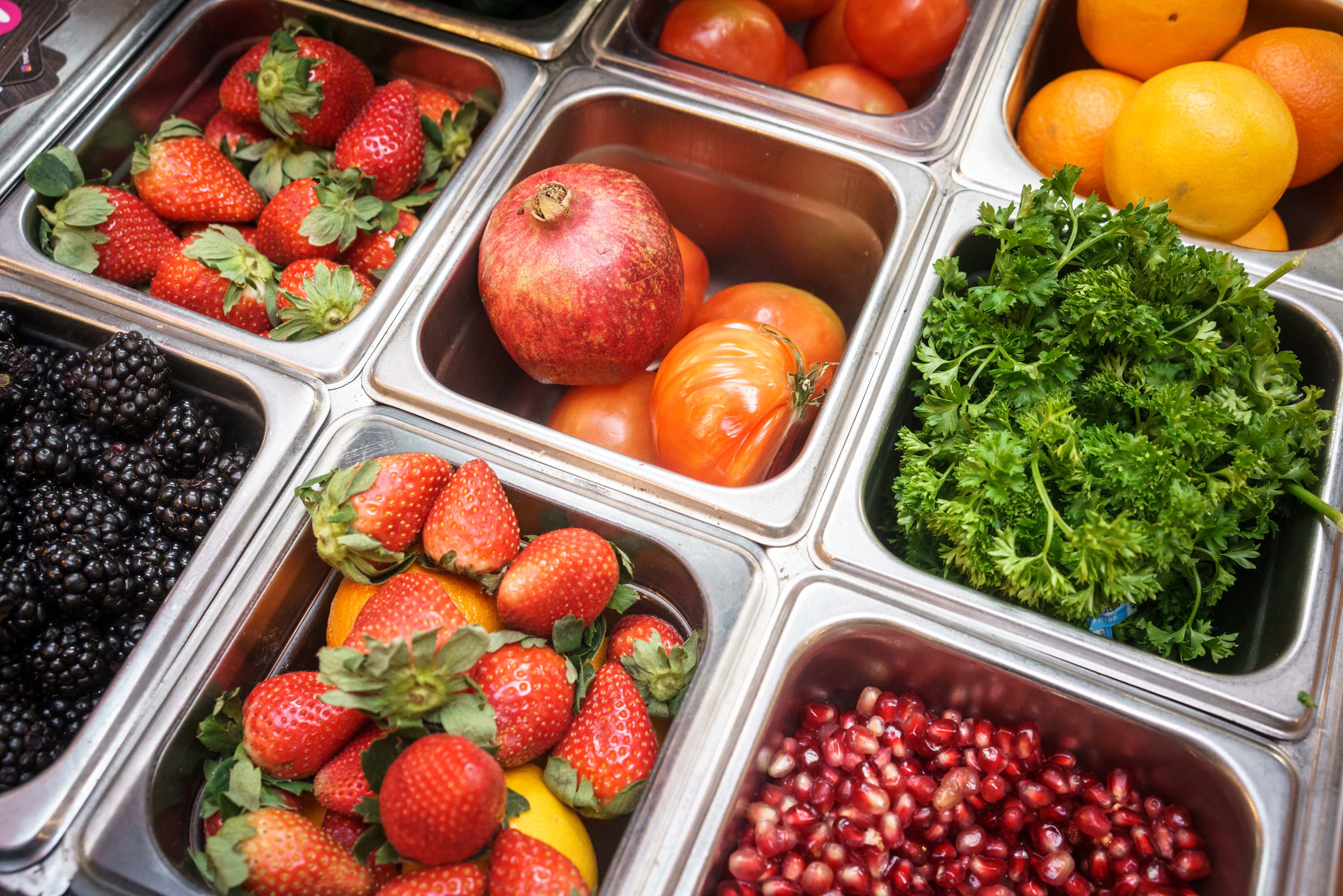 Karine’s closes at 3 p.m. most days, but that’s not when the family stops working. They also run a catering company and are responsible for the food at Kensington bar The Oud and the Fuzz from Wednesday to Sunday and at Drom Taberna on Queen West every Tuesday. Khachakjian says the Armenian influence of these three menus is much more prominent—manti, za’atar pizza, khorovats (kebabs) and dolma—whereas, at Karine’s, it’s more or less sprinkled into the dishes here and there.

But Karine’s regulars know to keep an eye out for her Armenian baked goods, like gata (sweet bread), nutmeg cake, kourabia (Armenian shortbread) and honey spice cookies. Lately, Khachakjian has been inclined to offer even more Armenian specials at the food court because of increased customer interest. “In the last five years, I’ve seen more Armenian businesses pop up in Toronto, resulting in greater awareness, popularity and support.” 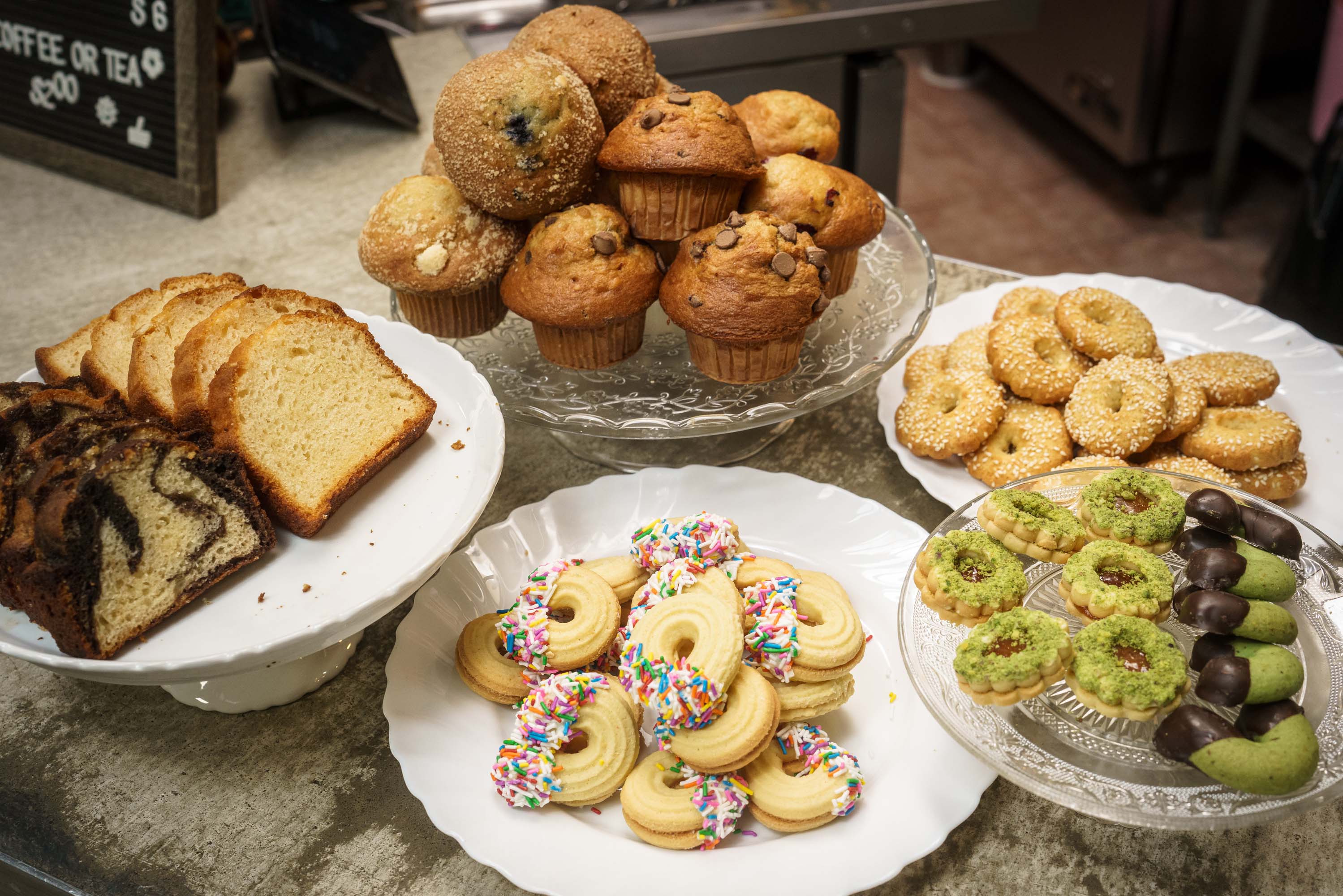 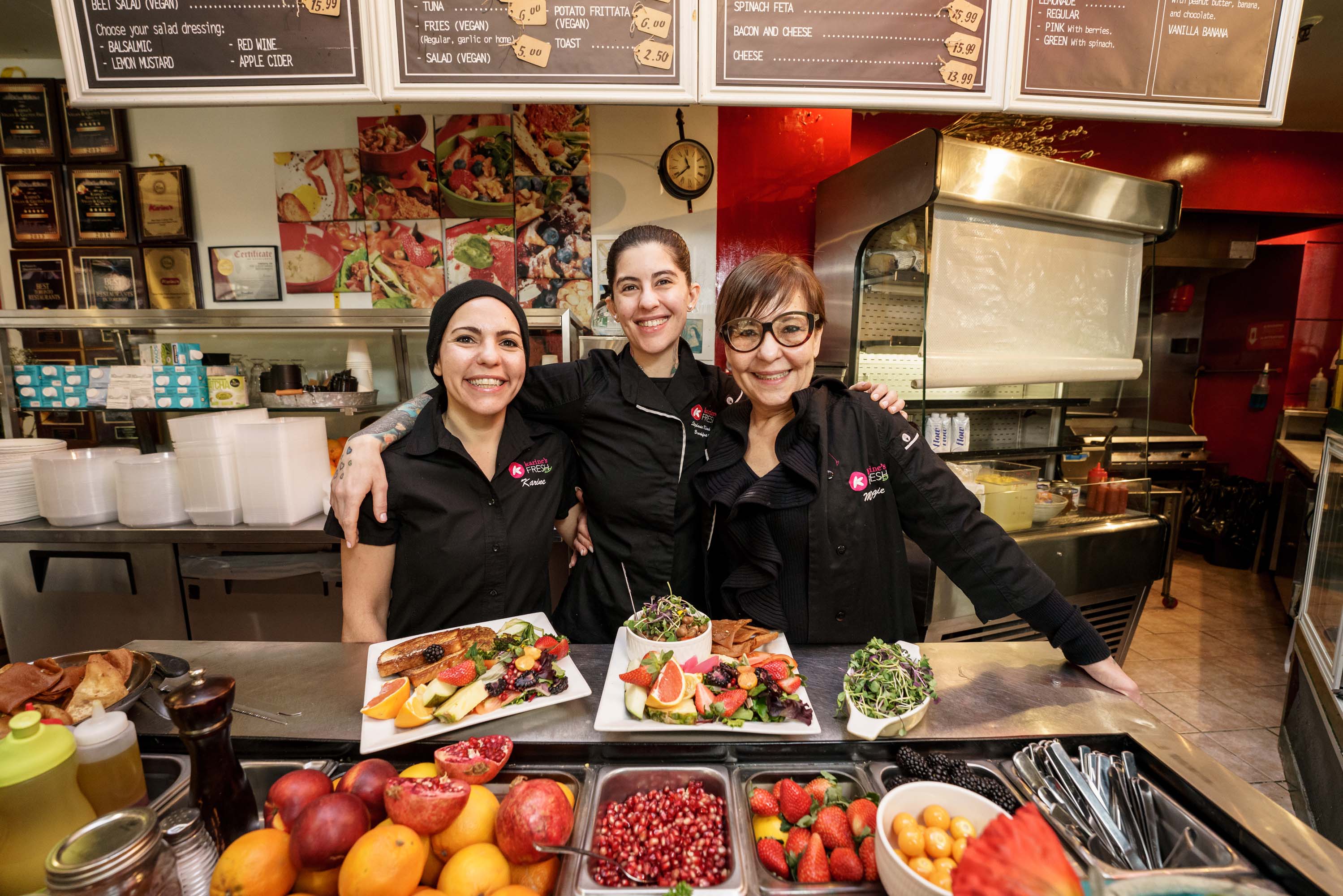 Khachakjian has become a fixture of the Village by the Grange food court, and she champions the local community. “I love this area and the support we get. I love when my old professors visit and when new students discover us every year. People return because—with over 60 meat, vegetarian, vegan and gluten-free items—our menu is inclusive. We have something for everyone.”

Here, four of my favourite menu items to get from Karine’s.

A jar of Armenian pickles

In the grab-and-go section, you’ll find jars of pickled white turnips and red beets. The mouth-puckering bite they bring to a sandwich or wrap will take your meal to the next level. Karine’s recommends adding them to a charcuterie platter or using them as a garlicky garnish (like they do at The Oud and the Fuzz, where they’re added to the martinis). $6 for a small jar, $15 for large. 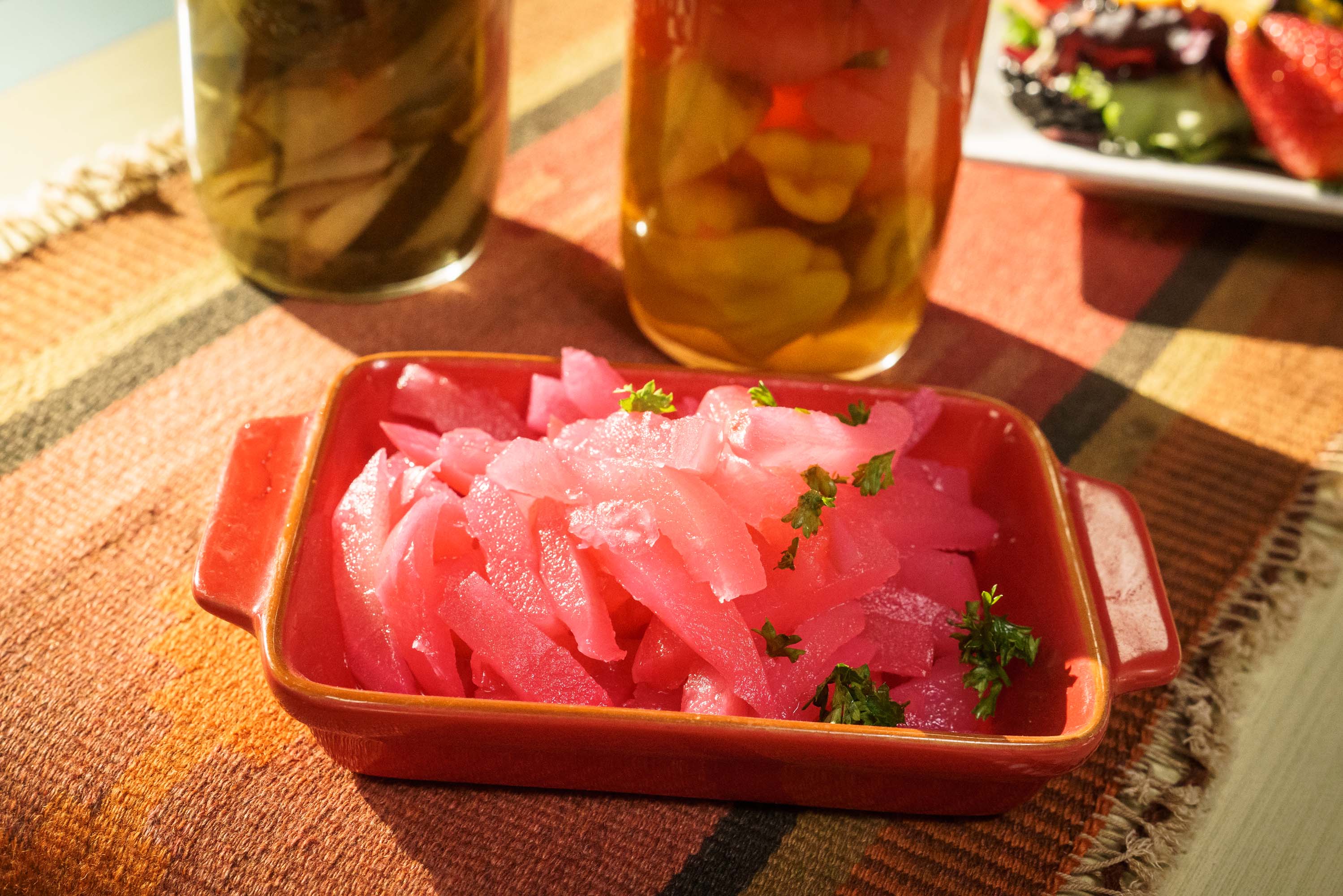 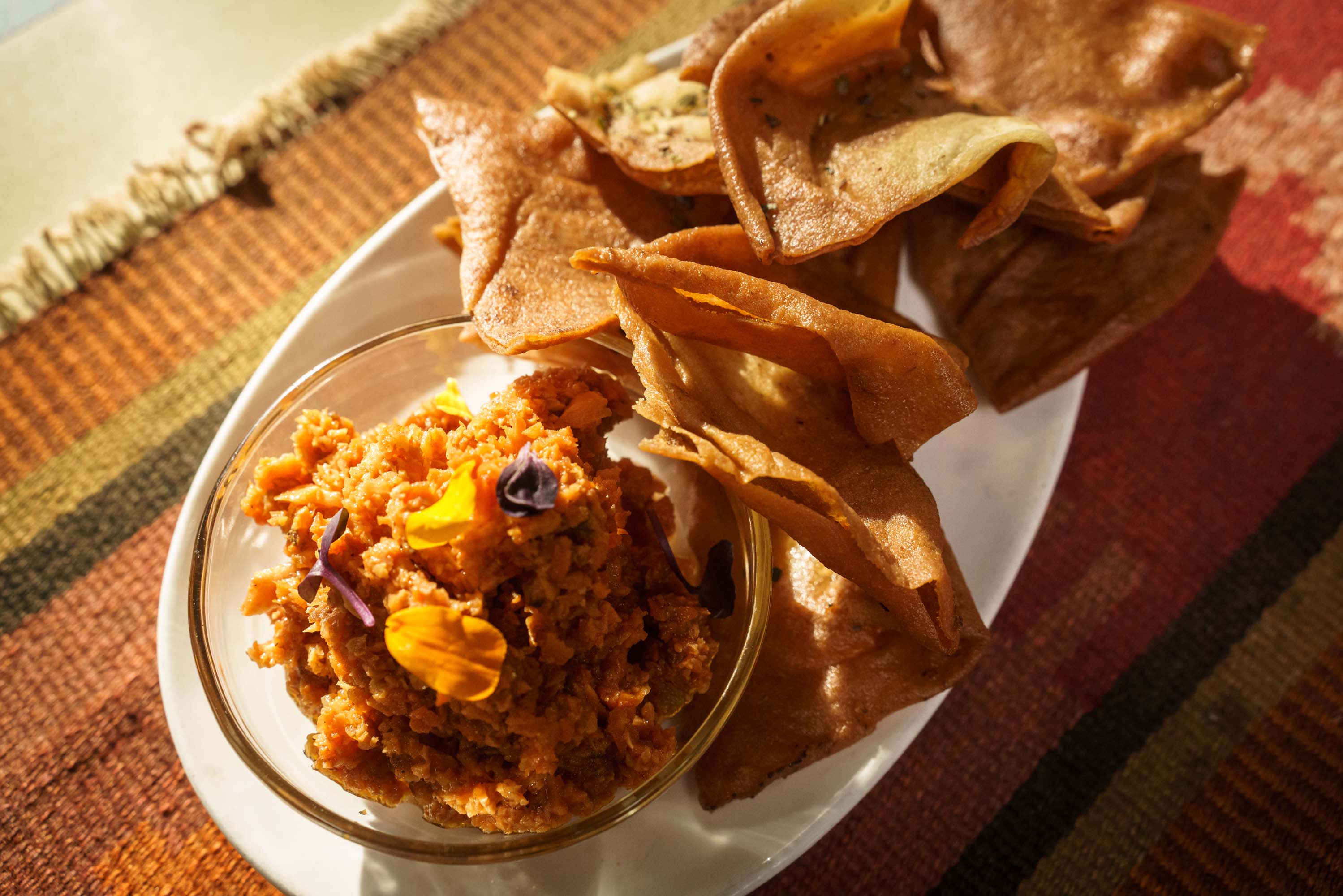 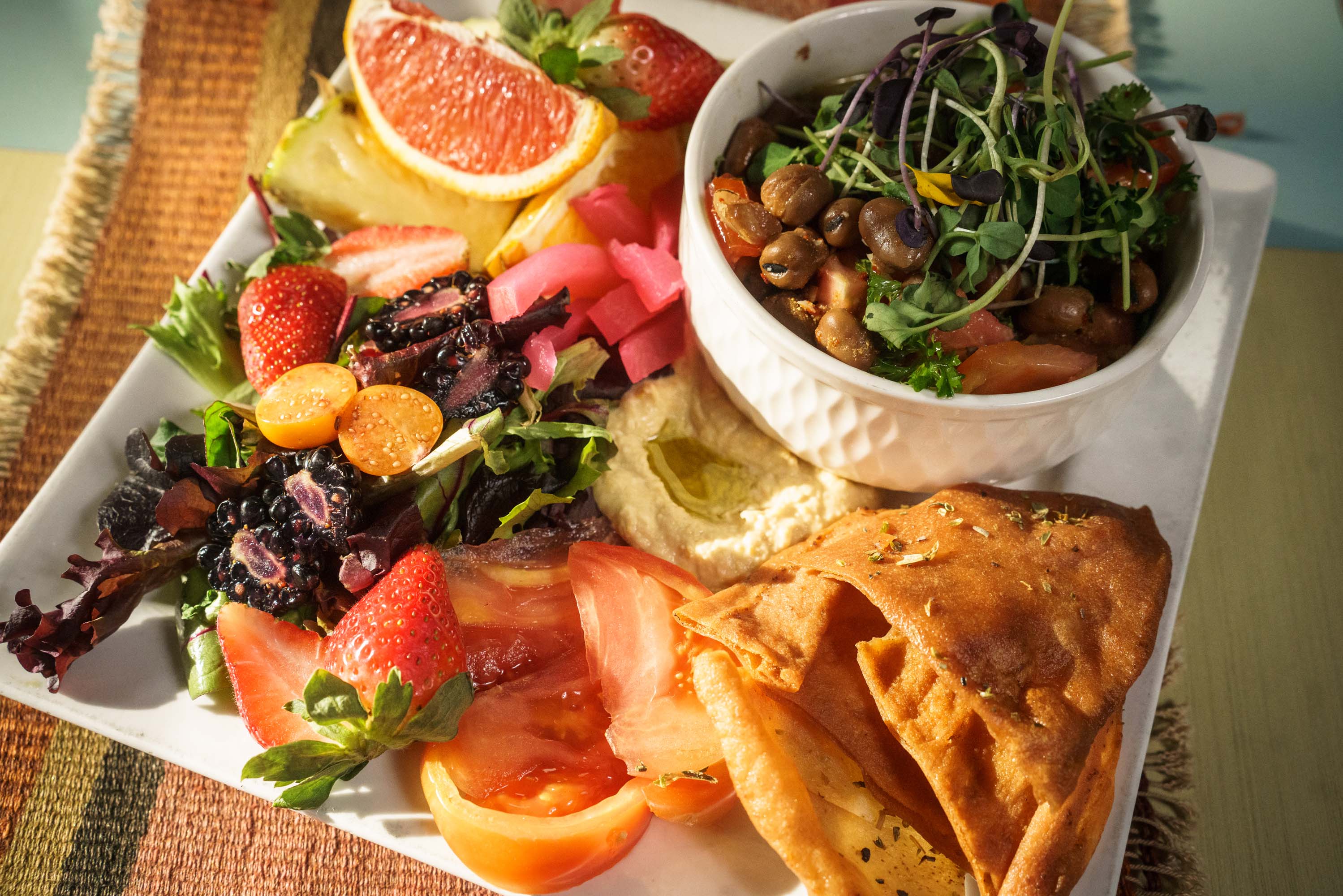 Even meat eaters such as myself will find this plant-based breakfast experience supremely satisfying. It’s all thanks to the pesto tofu slices. But the fluffy french toast, crisp garlic fries, roasted veggies and fresh fruit don’t hurt either. $17.99 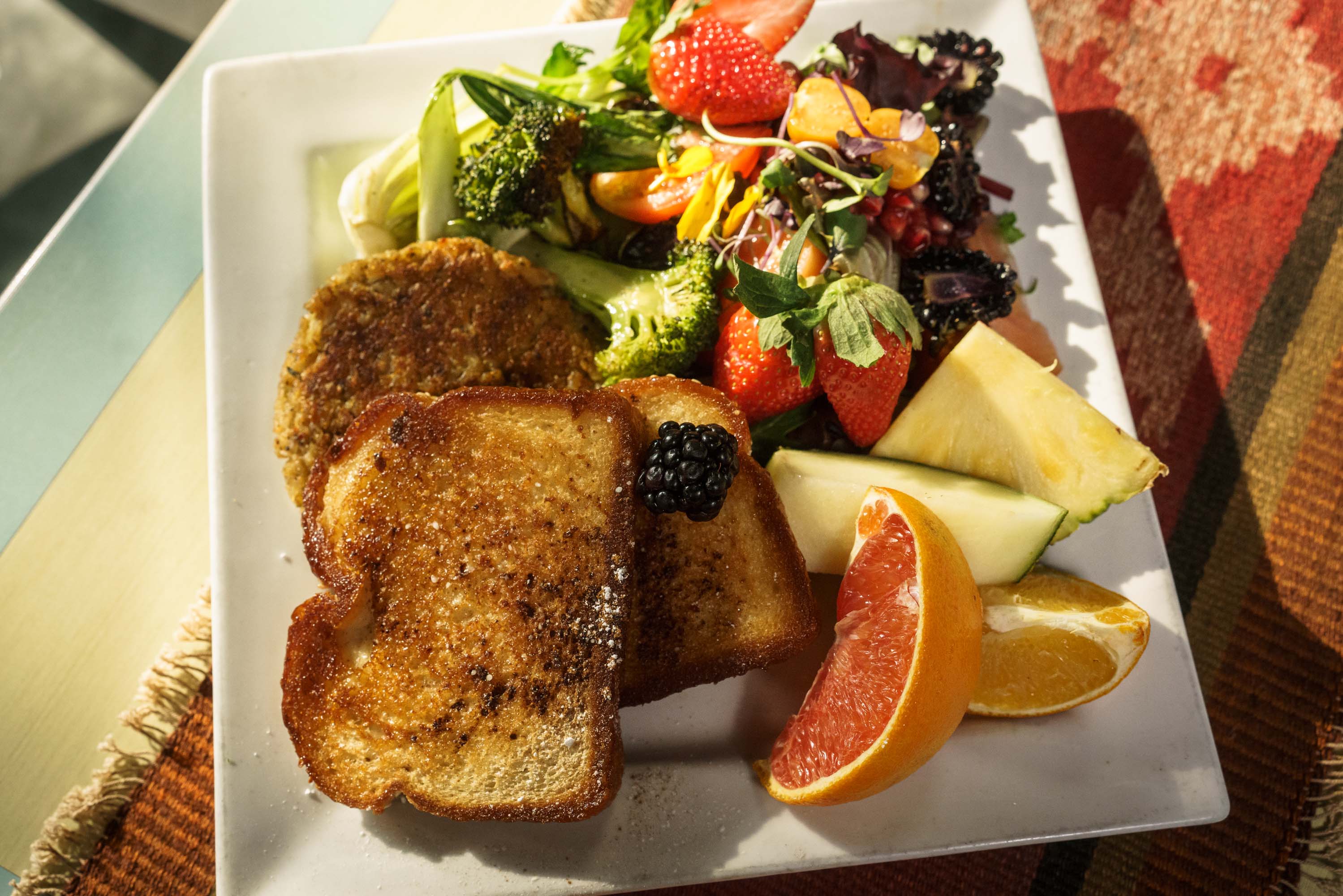 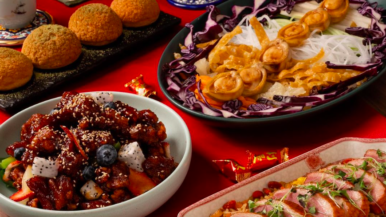