Inside the kitchen of Paula Navarrete, the executive chef of Momofuku’s new restaurant

Inside the kitchen of Paula Navarrete, the executive chef of Momofuku’s new restaurant

This is chef Paula Navarrete’s first time living alone. She moved out of her parents’ home in Colombia at 17 to work in Mexico, but from then until now she’s always had roommates. “It only took me a few hours to unpack,” says Navarrete, who loves her not-quite-500-square-foot home. The tiny space works for neatnik Navarrete, who swears she only had to vacuum in preparation for our visit. “It always looks like this—I just love lines and hate clutter,” she says. 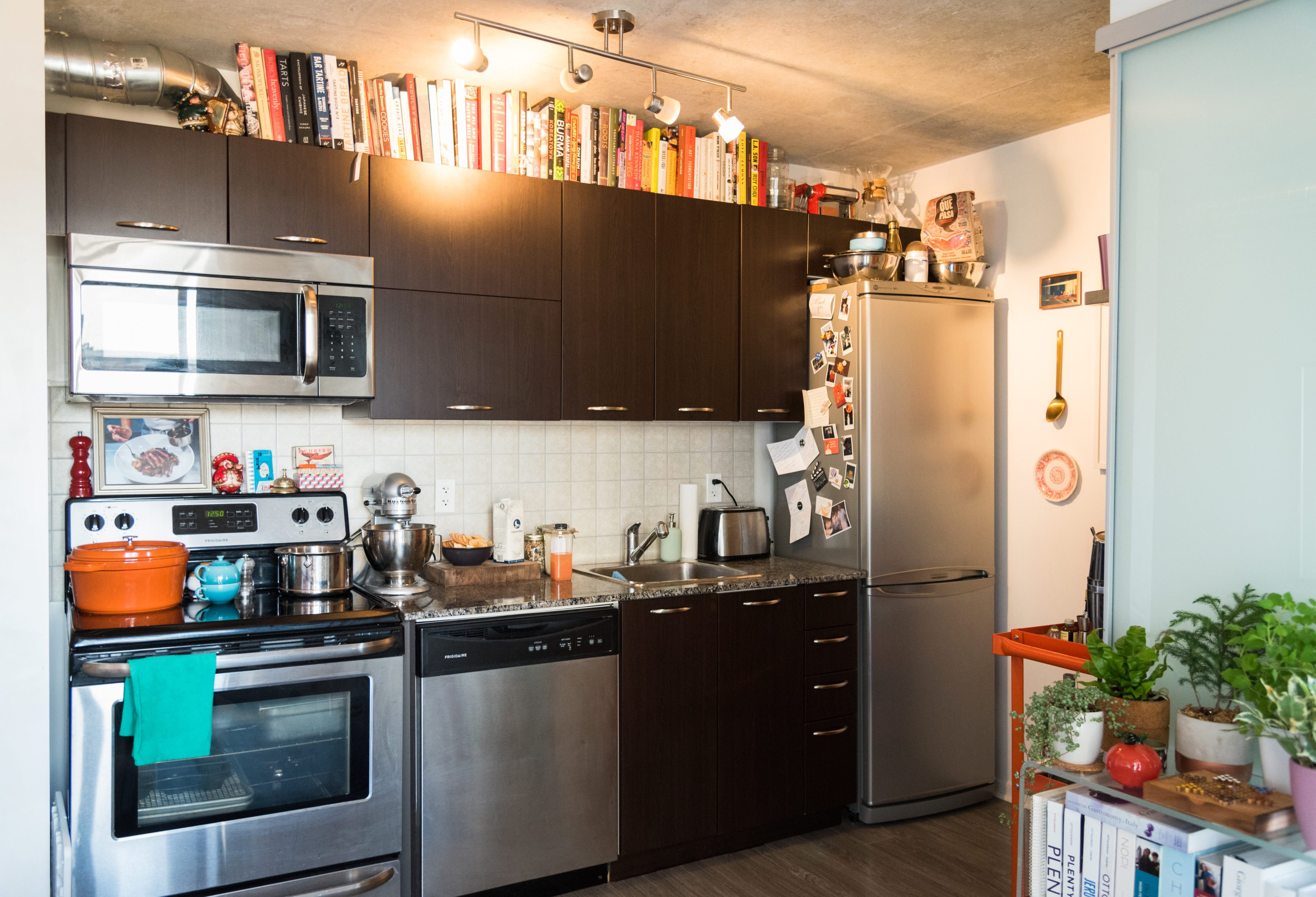 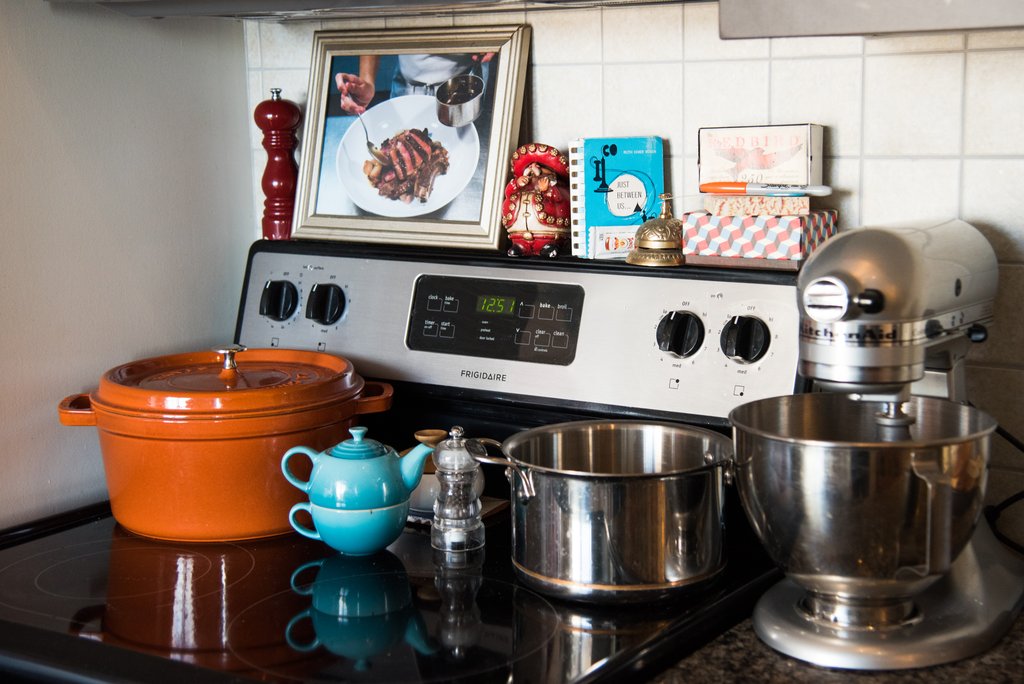 She did have some trouble managing her three collections of books, booze and plants, though. “There’s always room for another plant,” says Navarrete, who’s planning to expand her potted garden onto her bitty balcony come spring. She has had to curb her book buying urges, though. Half of her 150-plus cookbooks lives at her parents’ house (they have since moved to the GTA). The remaining volumes are stashed in creative places, like on the cabinets, although even that space has been maxed out. Her favourite cookbooks get their own shelf. 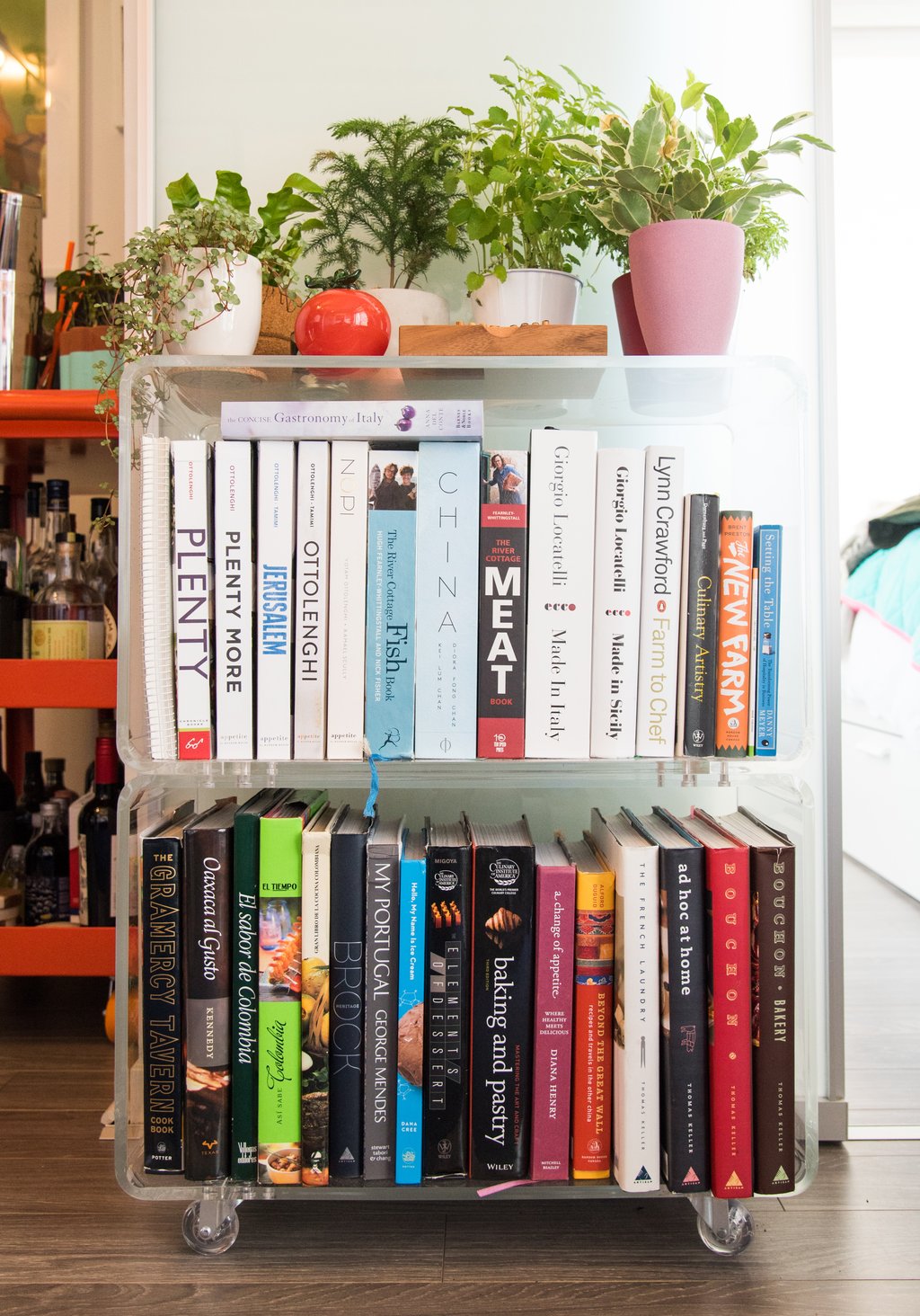 “Any chef will tell you they don’t cook at home often,” says Navarrete. Although she’s out the door by 10:20 a.m. and home around midnight most days, she tries to make time for breakfast. “I love eggs—not just for breakfast, but for lunch, dinner and as a snack, too” she says. When it comes to the morning meal, Navarrete likes to mix it up: she’ll eat her eggs fried, scrambled or poached and load on the hot sauce. Then she’ll go to town with some tortilla chips or Colombian corn cakes, instead of toast. 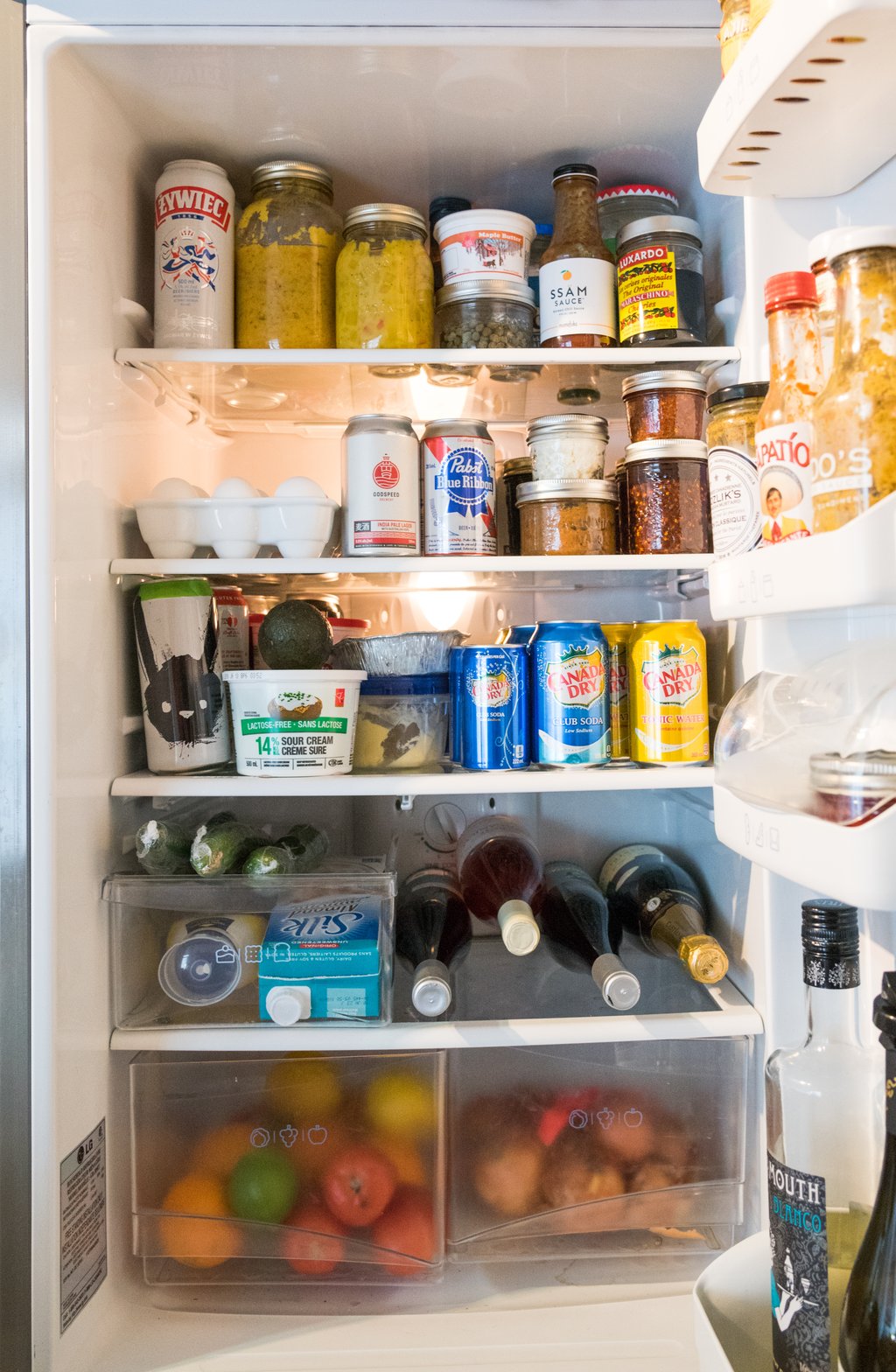 “Condiments are essential,” Navarrete exclaims. Her two favourites are hot sauce and mayo: 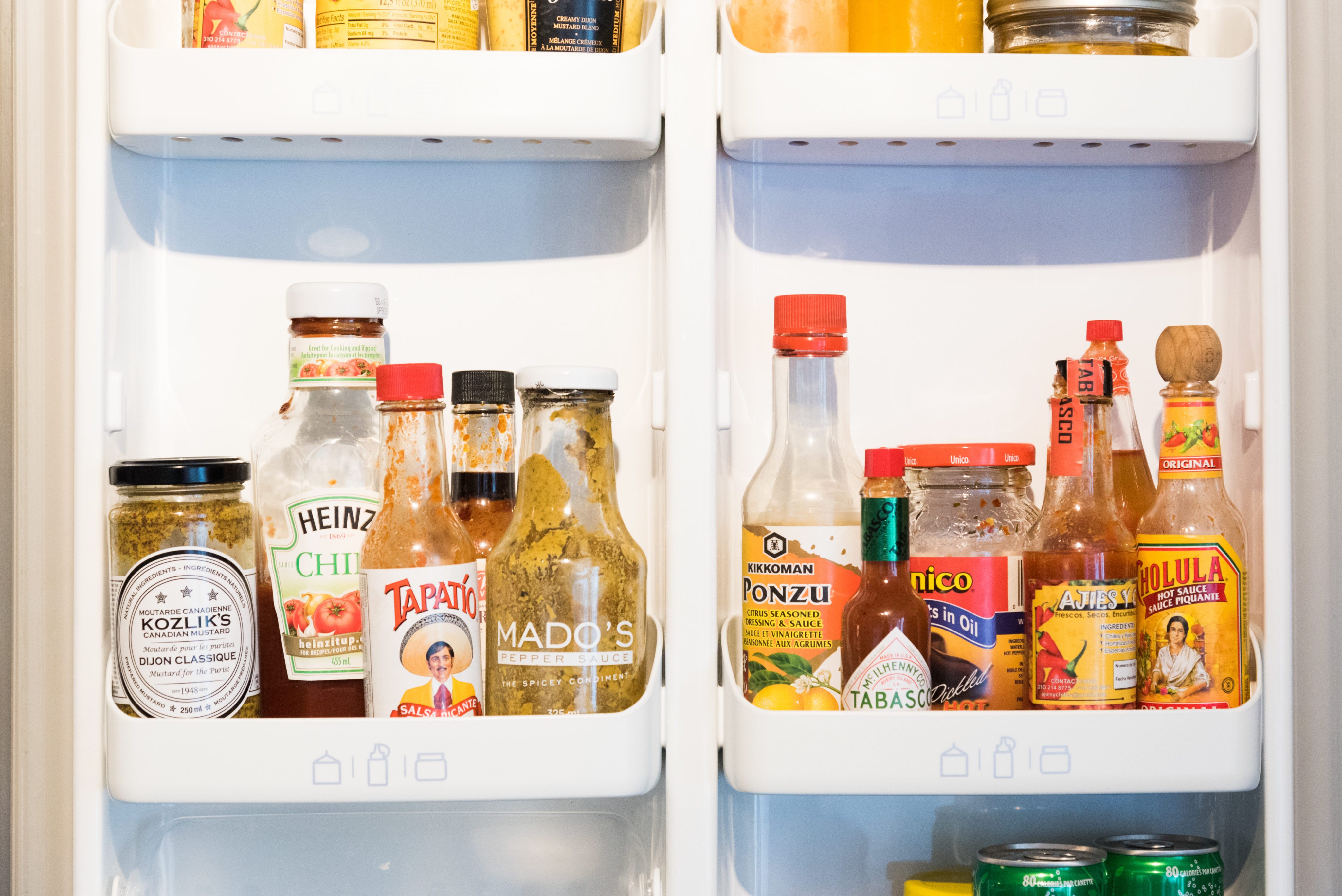 At work, Navarrete’s a notorious snacker. She once developed an addiction for the house-made taro chips used in a particular dish at Daisho. One day she went over to graze on a few and found an anonymous note that read, “Please chef, don’t eat the mise en place.” 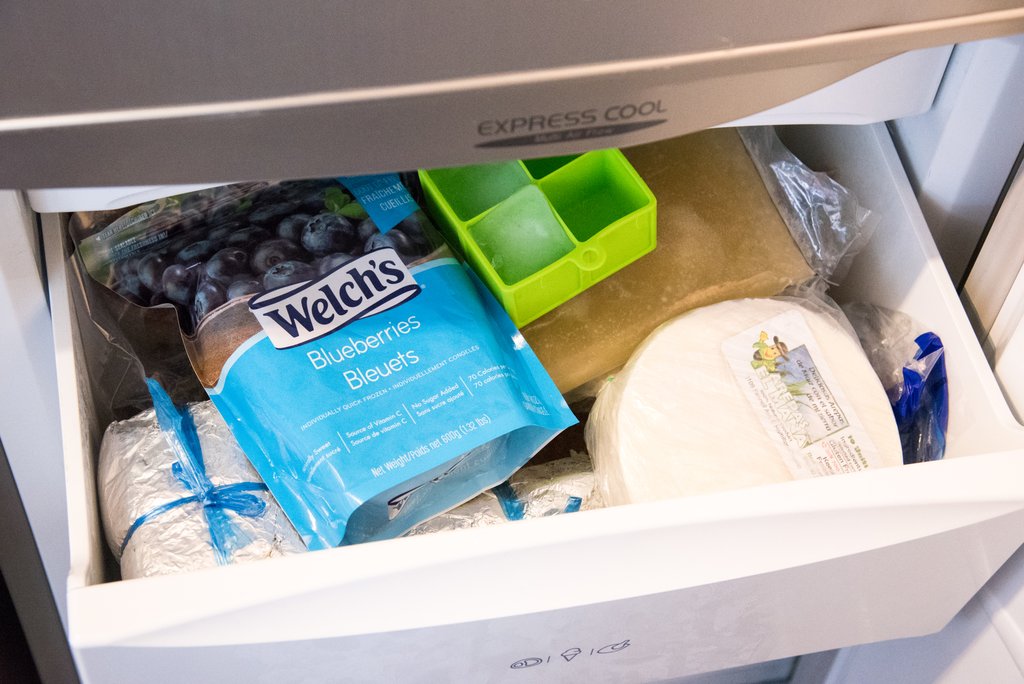 Daisho closed in February (as did Shoto) to make way for a new Momofuku concept, which Navarrete will be in charge of (the team has yet to release any details, but we’re wondering if it will be similar to the brand’s new L.A. restaurant, Majordomo). In the meantime, she’s overseeing a pop-up at Pusateri’s champagne bar inside Saks Food Hall.

During her Daisho days, as soon as service wrapped up, the cooks would get together for what they called a “snack attack”. They’d make anything from nachos topped with a spicy ragù to hamburgers or rice bowls. On her days off, Navarrete will eat out (Hello 123 is a new fave, Swatow is a perennial go-to) or she’ll buy groceries, but only if she has the intention of making a particular dish. She loves to shop at Kensington Market because she can grab her meat (Sanagan’s), spices (Carlos House of Spice) and produce (Kensington Fruit Market) all within a two-block radius. 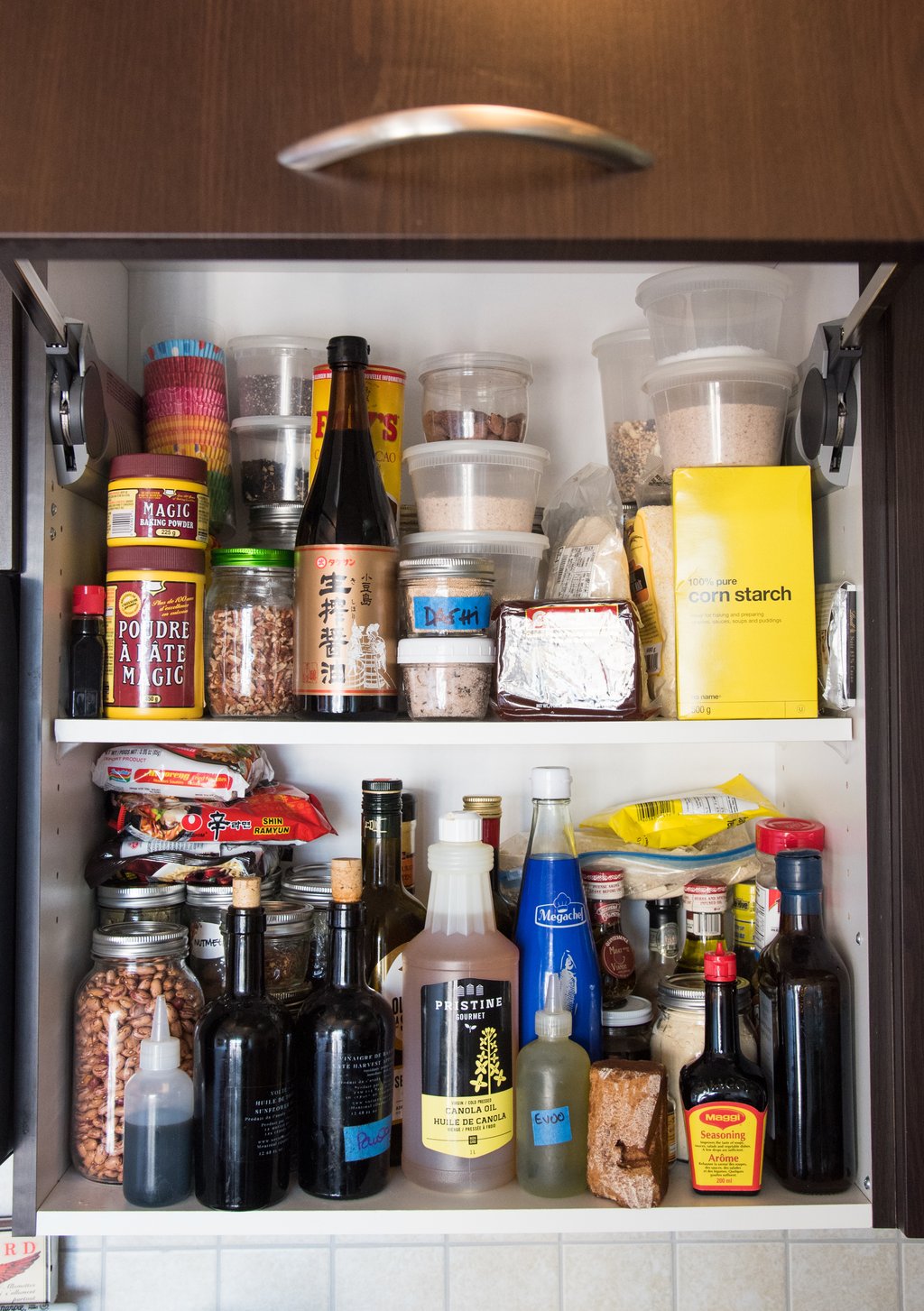 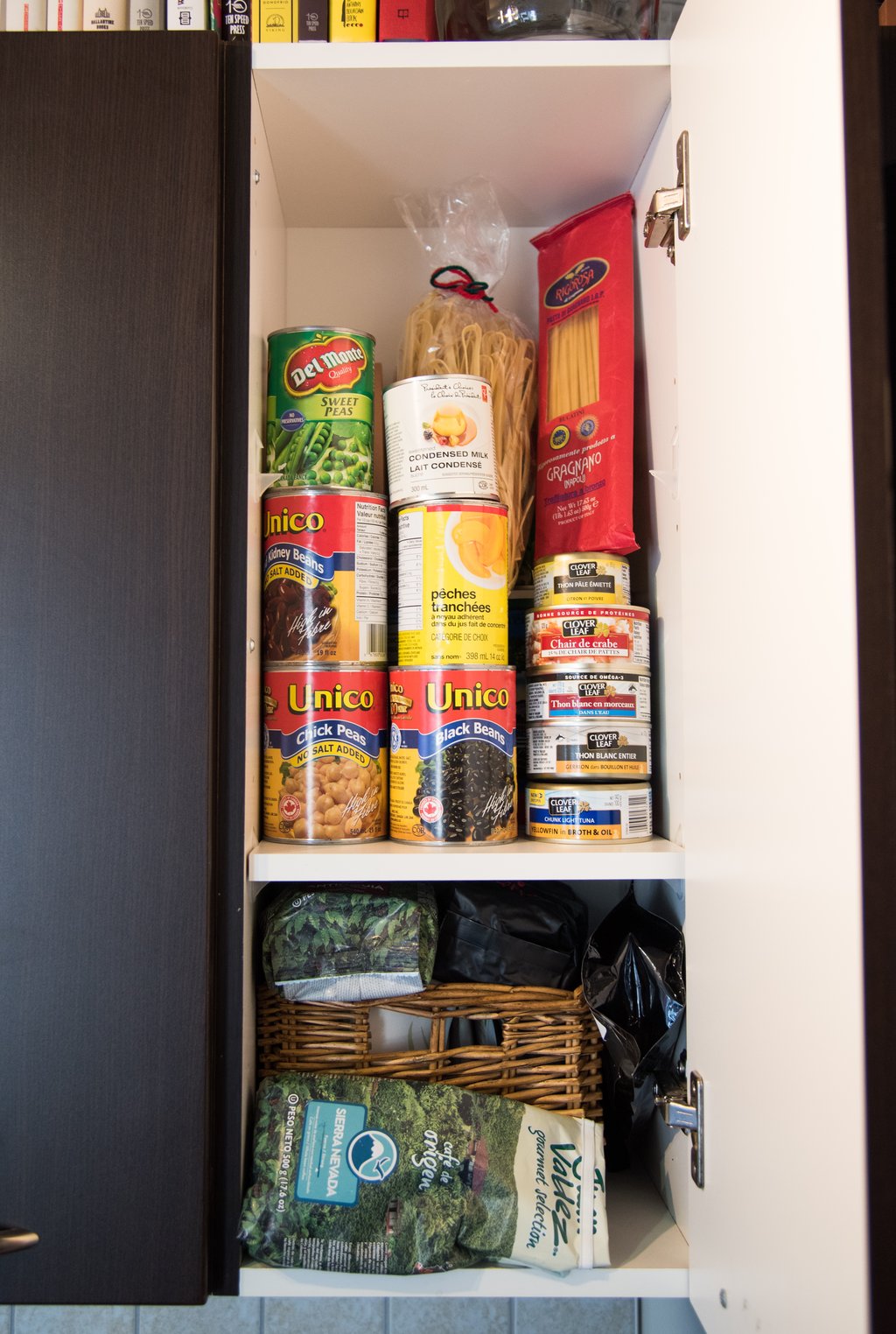 Figuring out how to store her epic booze collection required some help from her dad. None of the store-bought bar carts seemed sturdy enough to handle her expanding collection (there was a period where she would buy a new bottle with every paycheque). Navarrete’s dad got this industrial cart from work; it holds up to 900-pounds, glides around effortlessly and locks into place. He also helped her paint it bright orange, his daughter’s favourite colour. 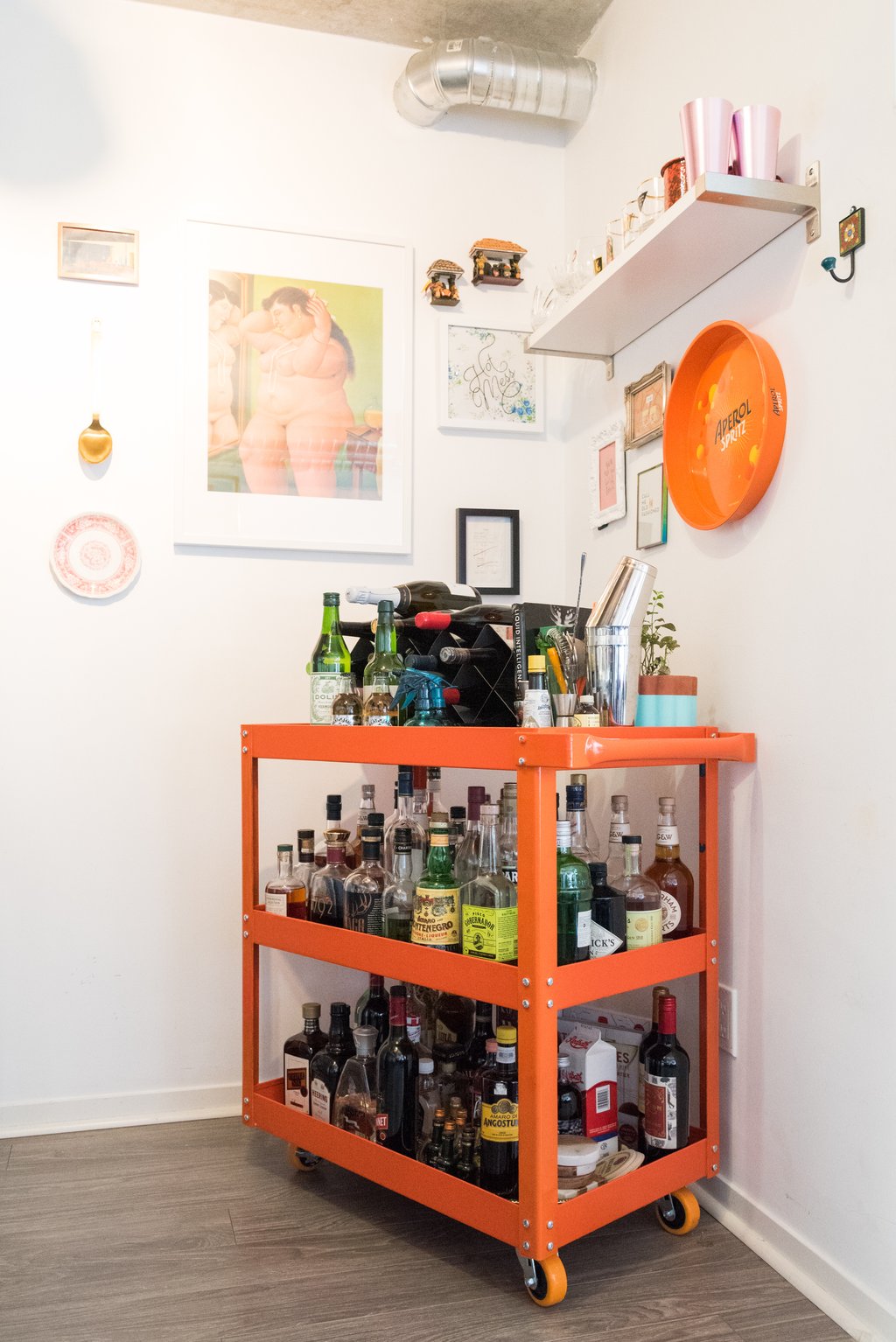 Here are a few of Navarrete’s favourite bottles. She’s an omnivorous drinker, who loves everything from wine to G&Ts to bourbon on the rocks. When it comes to aguardiente (an anise-flavoured Colombian liqueur), she shoots it straight: 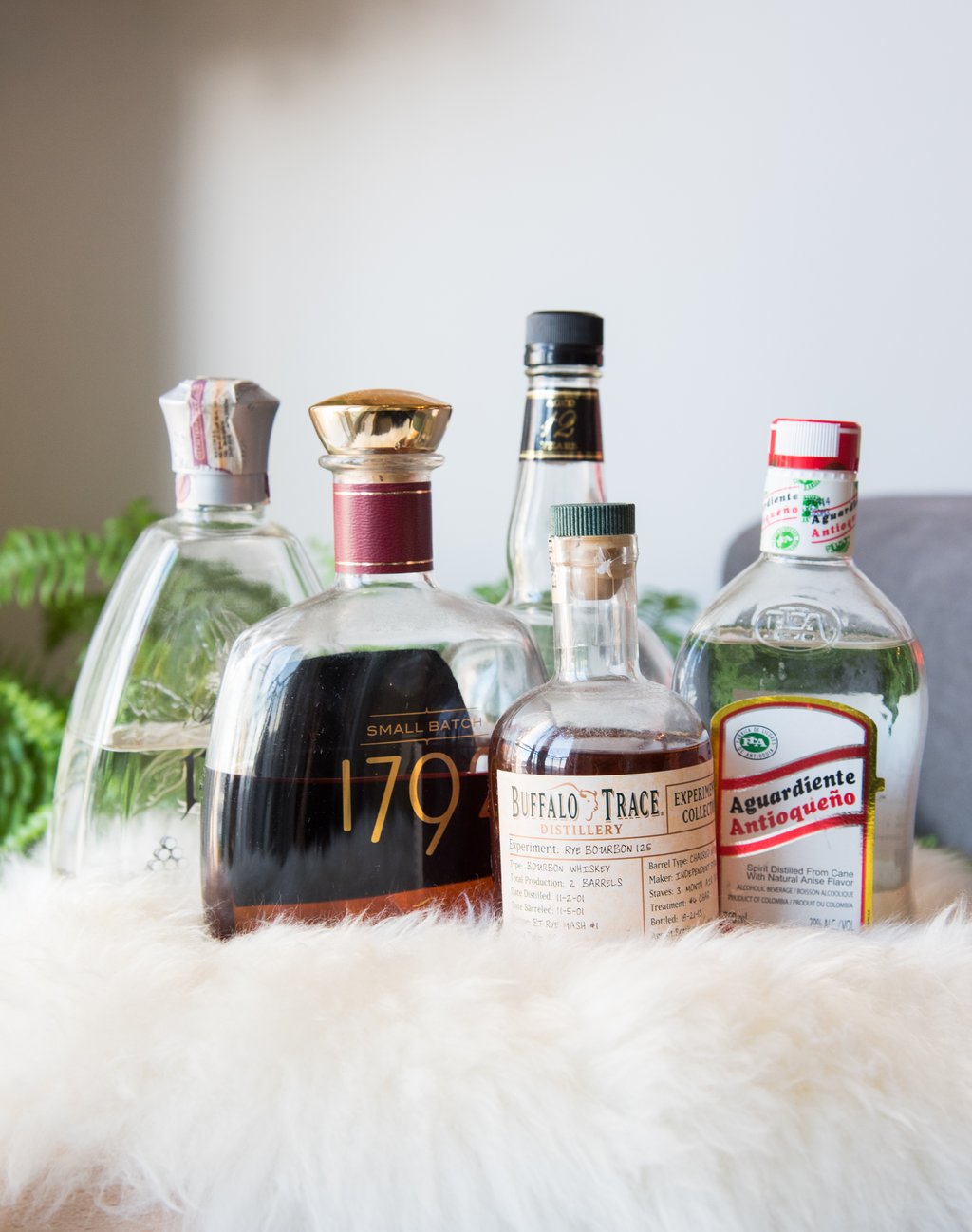 This fruit cake soaked in port has been aging in Navarrete’s fridge for the past year. Every now and then, she cuts off a slice, fries it in butter then eats it with a cup of coffee: 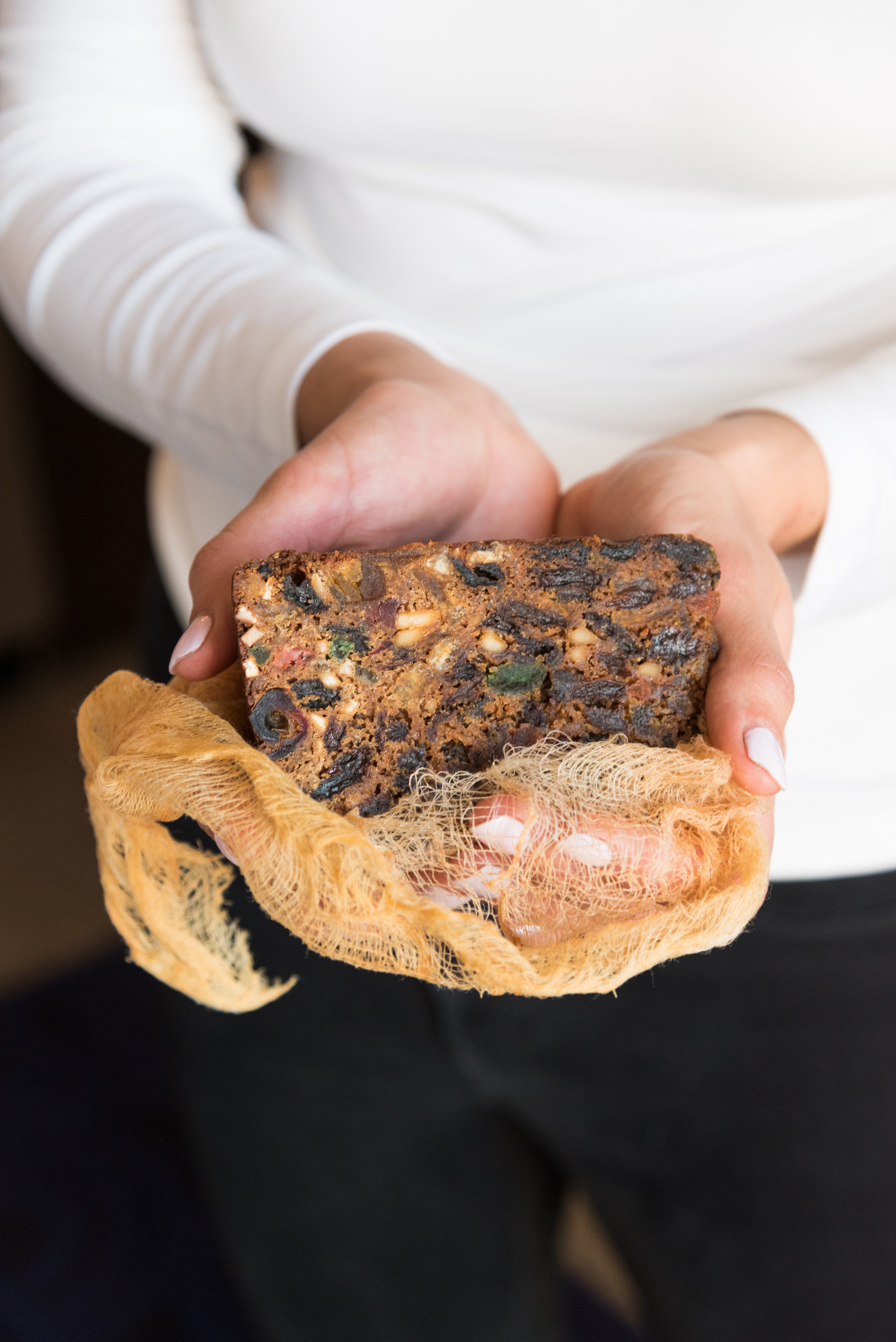 Navarrete framed this chit from Daisho because of the order’s sheer ridiculousness. It was an avocado sandwich in a kimchi bun without the avocado and served in lettuce instead of bread. And no, it was not Jack Nicholson who placed the order: 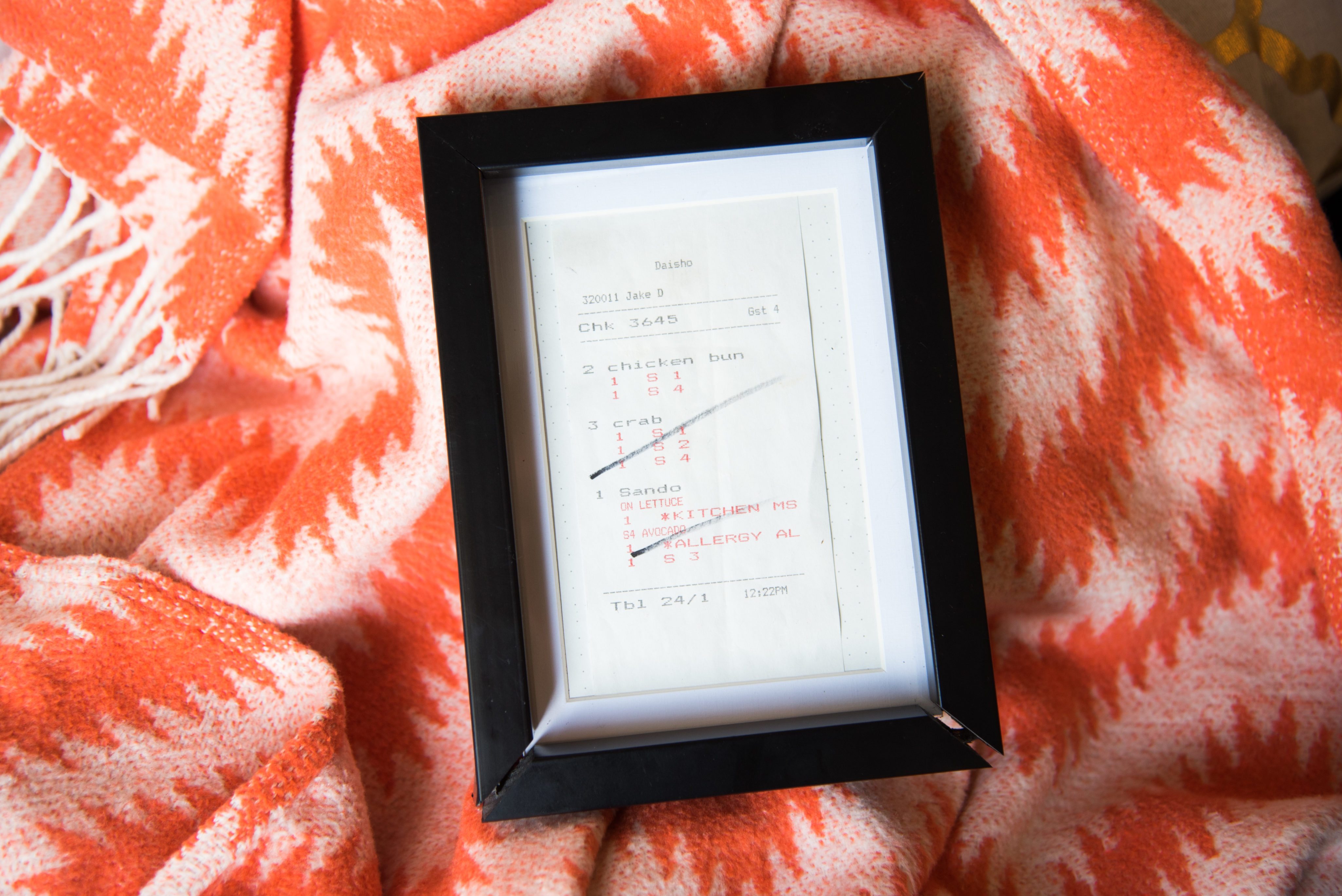 Thanks for having us, Paula: 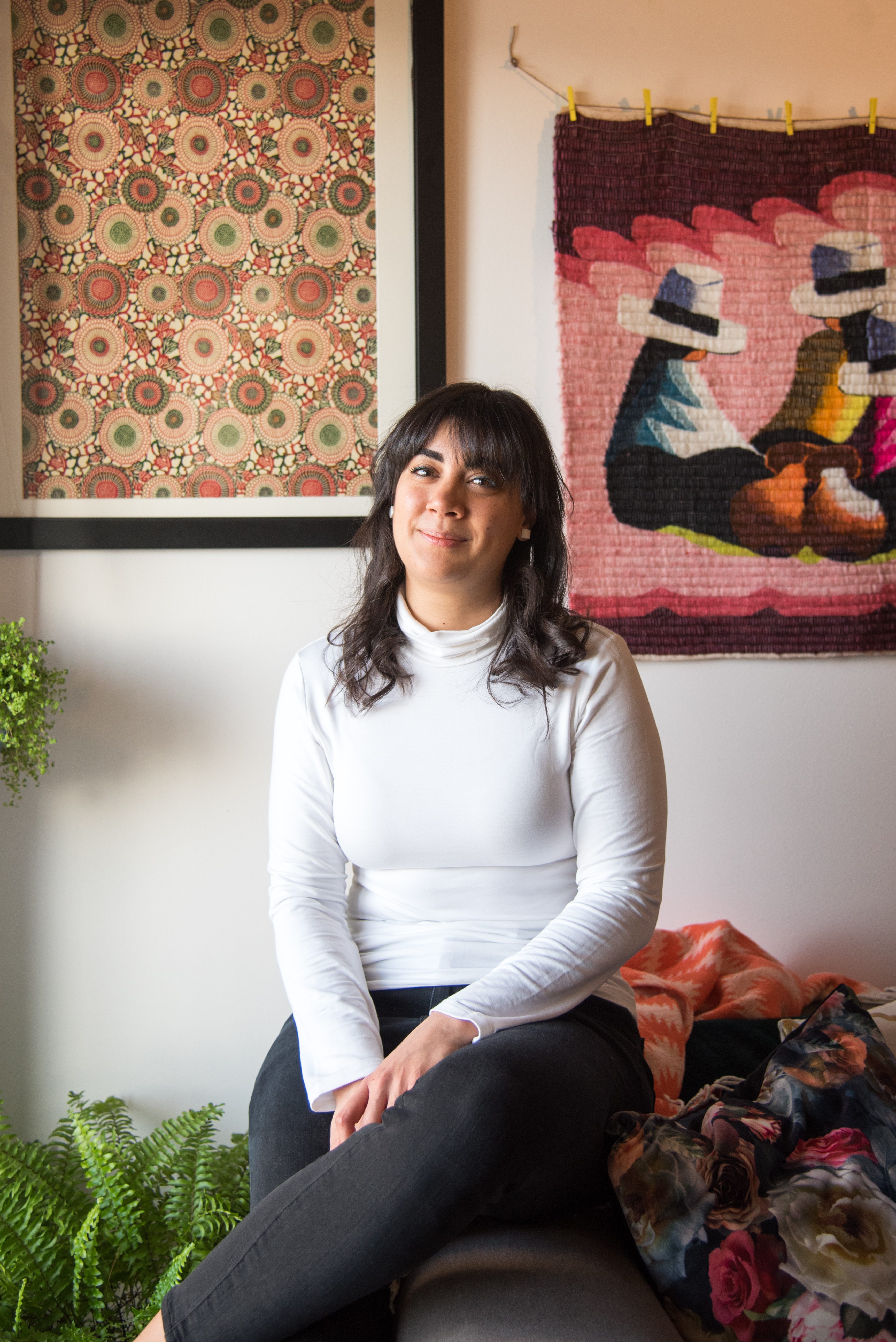