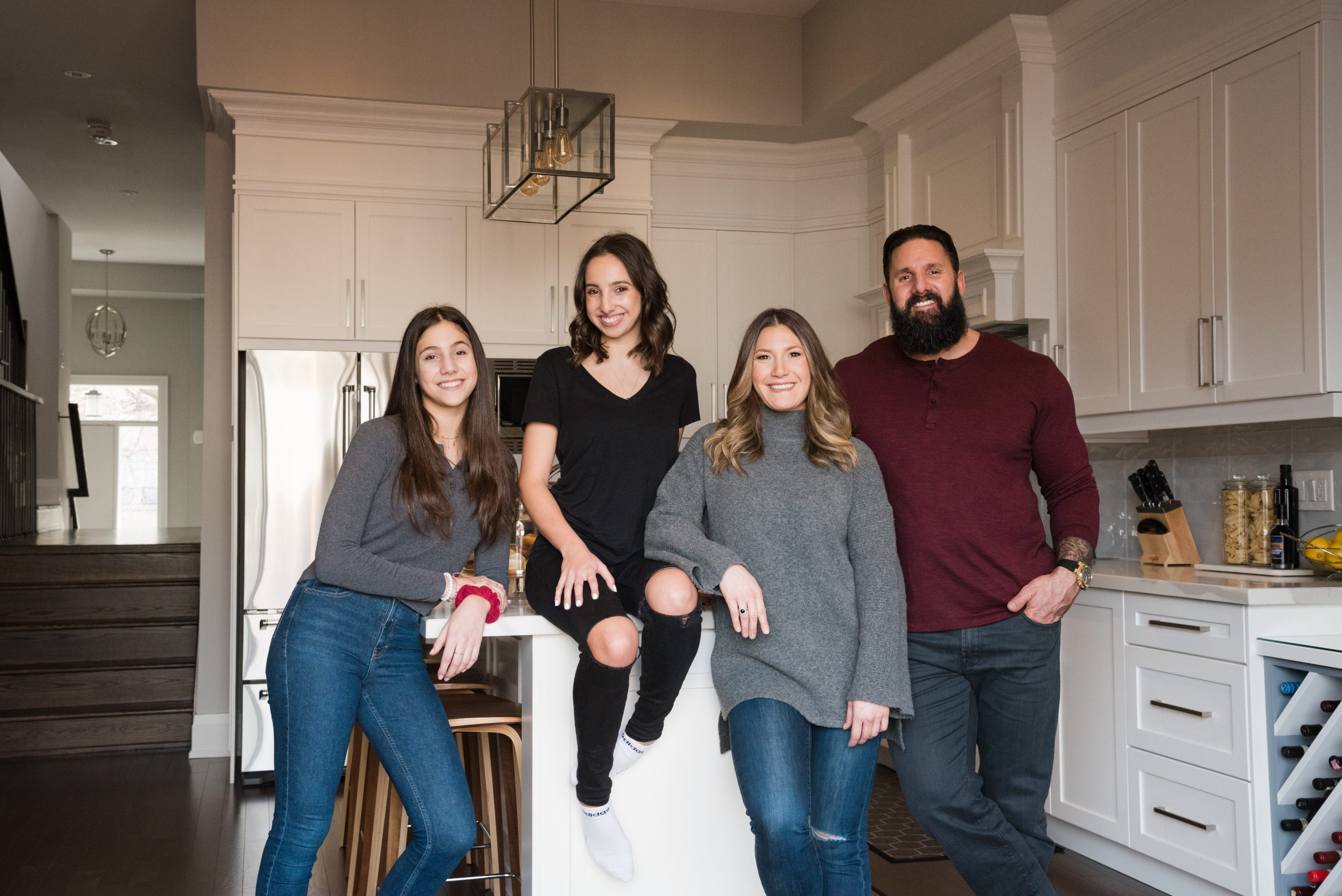 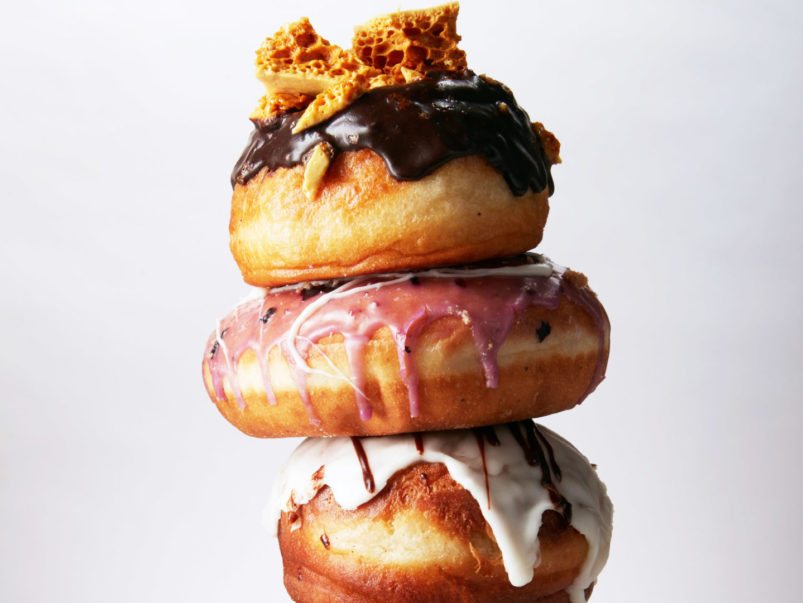 Mimico’s SanRemo Bakery is an institution. On weekends, you’re lucky to find a seat, and around the holidays, there are lineups out the door for this independent bakery’s house-made goods. And while the Bozzo family is happy that business is booming, it means they’re basically running a 24-hour operation in order to satisfy the hungry masses clamouring for their Italian treats.

In order to open the doors at 8 a.m., Ed Bozzo—who took over as head baker after his dad and SanRemo’s founder, Natale—wakes up at 2:30 a.m. Everyone else in the house—his girlfriend Bianca Di Vittorio and his three daughters Natasha, Alexa and Julia Bozzo—are all still asleep, so he quietly makes a protein shake before heading to the bakery. There, he’ll drink a cappuccino and nosh on a croissant with some scrambled eggs. 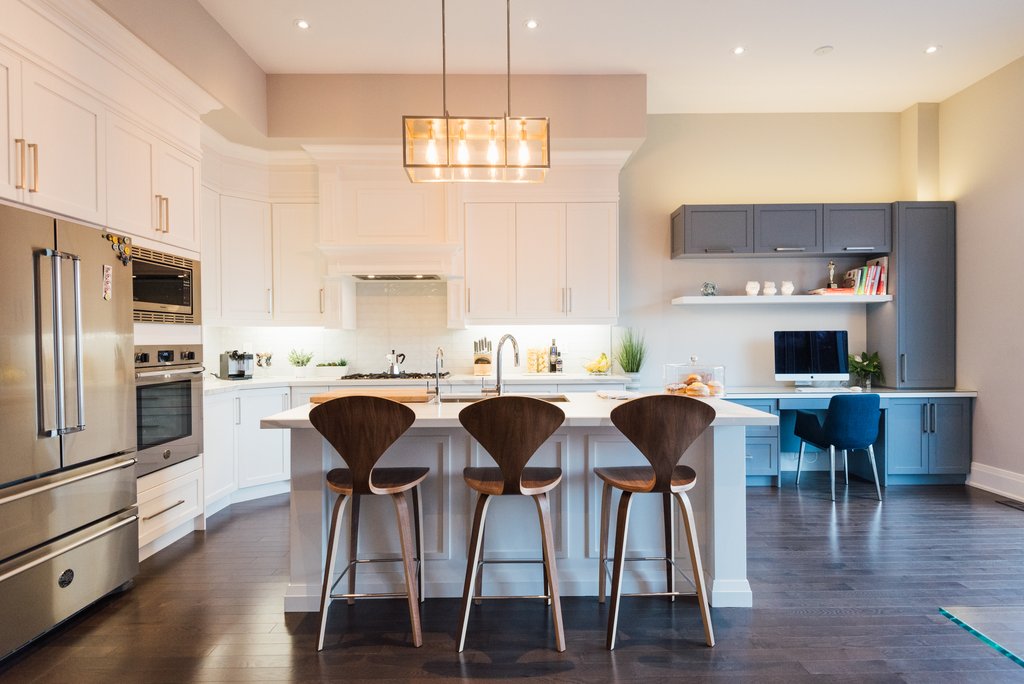 Ed spends most of his days running around the shop. If he’s not doing paperwork or taking care of the ovens, he’s chatting with the customers—which is how he met his girlfriend. “I was with a friend of mine who was pregnant at the time, and he offered us some fresh-from-the-oven doughnuts,” says Bianca. “I’m pretty sure he was offering them to my pregnant friend, but after that I started visiting the bakery more often.” 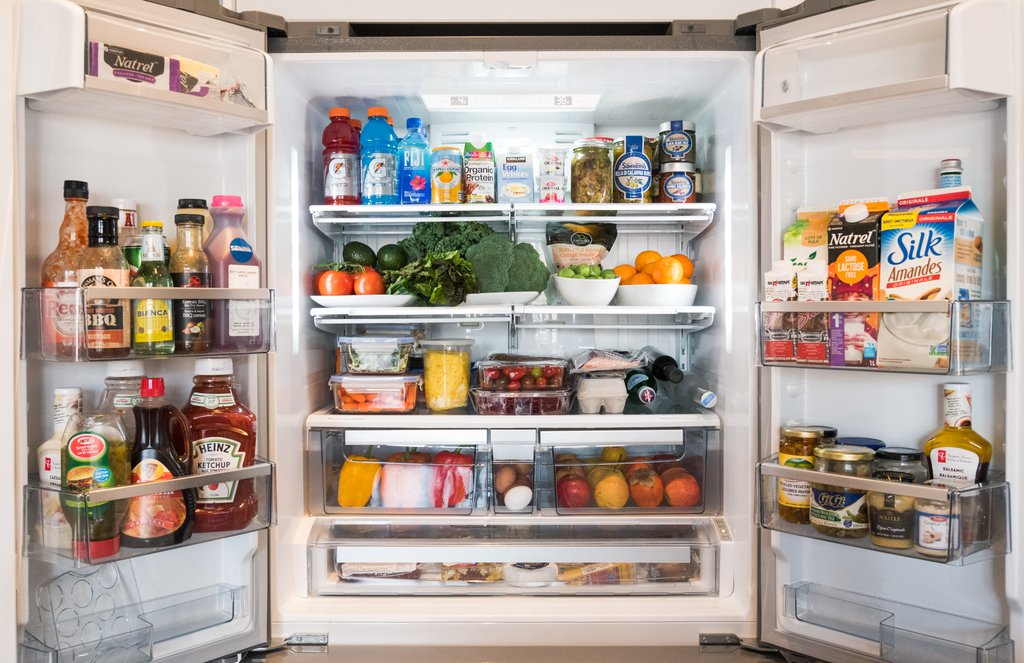 Ed is crazy about cheese. The family eats a lot of charcuterie board components, but more are snacks—they never get as far as actually putting a board together. “That’s beyond us,” says Bianca. (Not pictured in this drawer: the prosciutto, because Ed ate it. According to Bianca, Ed tries to put the stuff on just about everything.) 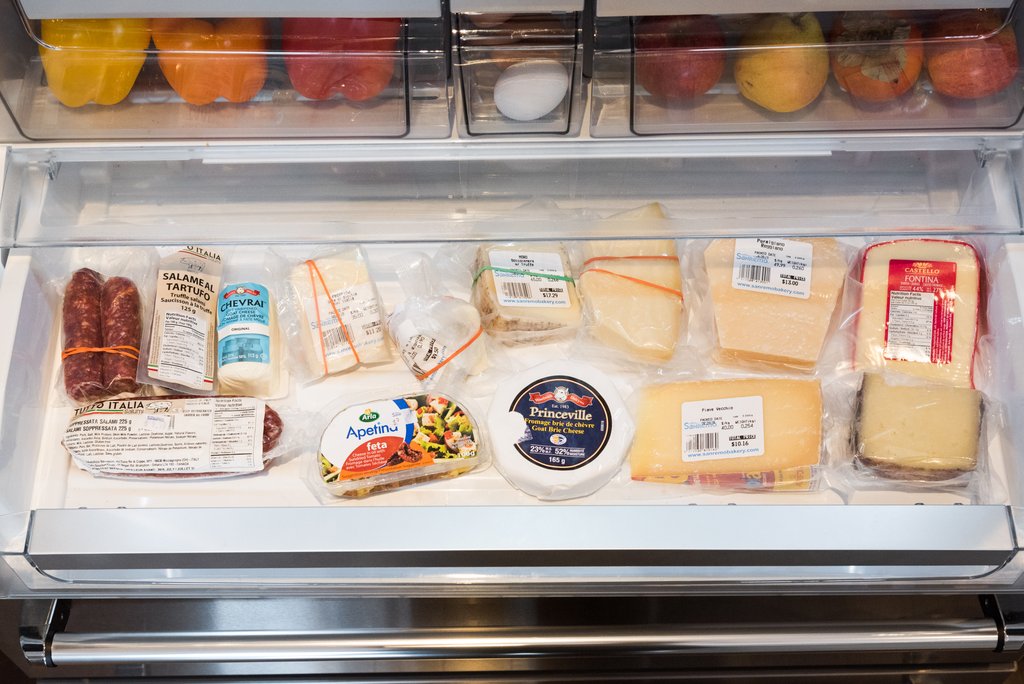 “With yeast, you can’t stop; the dough’s not going to wait for you,” explains Ed, who snacks throughout the afternoon instead of having a sit-down lunch. His go-to meal, though, if he has a moment, is grilled chicken with a tomato and prosciutto salad. “I don’t tend to eat the stuff we serve at the bakery,” says Ed. “I get bored of food very quickly.” Around 4 p.m., he’ll leave the bakery and hit the gym for an hour and half. After that, he heads home and begins to cook dinner for the family. Ed’s daughters are crazy about his lemon chicken, which he serves with a risotto made with chicken stock and white wine. They also love a pasta dish he makes with orecchiette, pancetta, chickpeas, tomatoes. Most weekday nights, though, dinner is a grilled protein with a salad and a carb. “We tend to eat healthily and simply,” says Ed, while sitting next to a pile of SanRemo doughnuts. 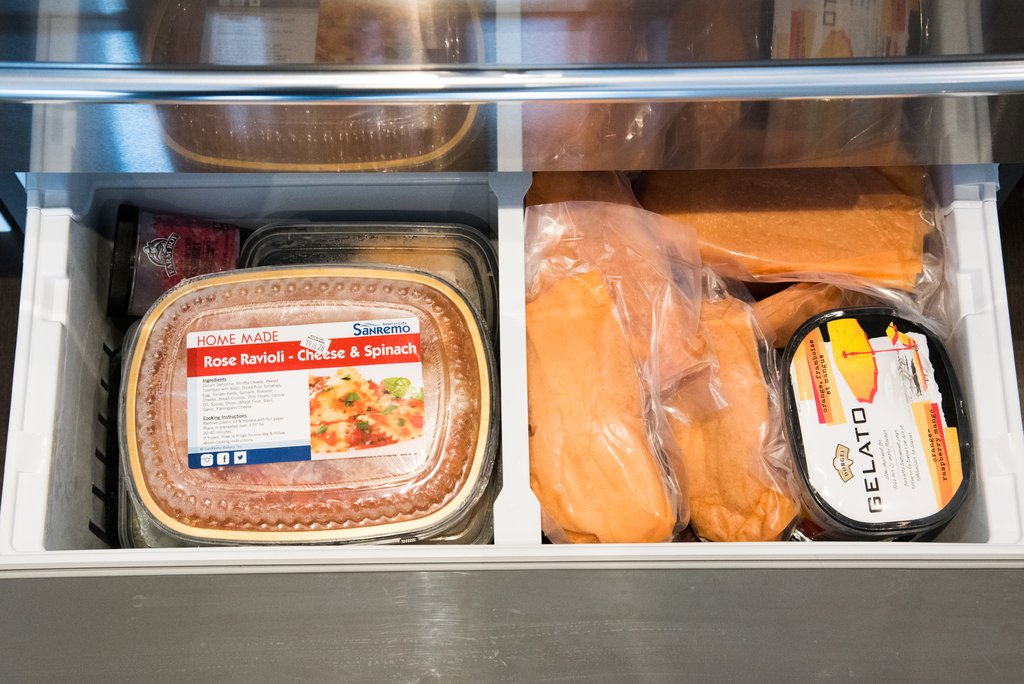 The family doesn’t entertain much because of Ed’s schedule (he works six days a week and hits the hay pretty early). This year, however, they hosted their first Christmas in their new home. They made dinner for 10 people: a honey-roasted ham, a giant seafood platter, arancini, eggplant parm and a ton of desserts. As this was Ed’s first time cooking a huge meal in this kitchen, he soon realized that having only one oven is a serious problem. The only other thing he’d change about his kitchen is that he’d love a Faema espresso machine (he’s not a fan of Nespresso, but Bianca is). Otherwise, he loves how spacious the kitchen is (his old townhouse was a squeeze), and he also appreciates that the kitchen is bright and white. “I go to work in the dark, and I come home in the dark, so I like a bright kitchen,” says Ed. 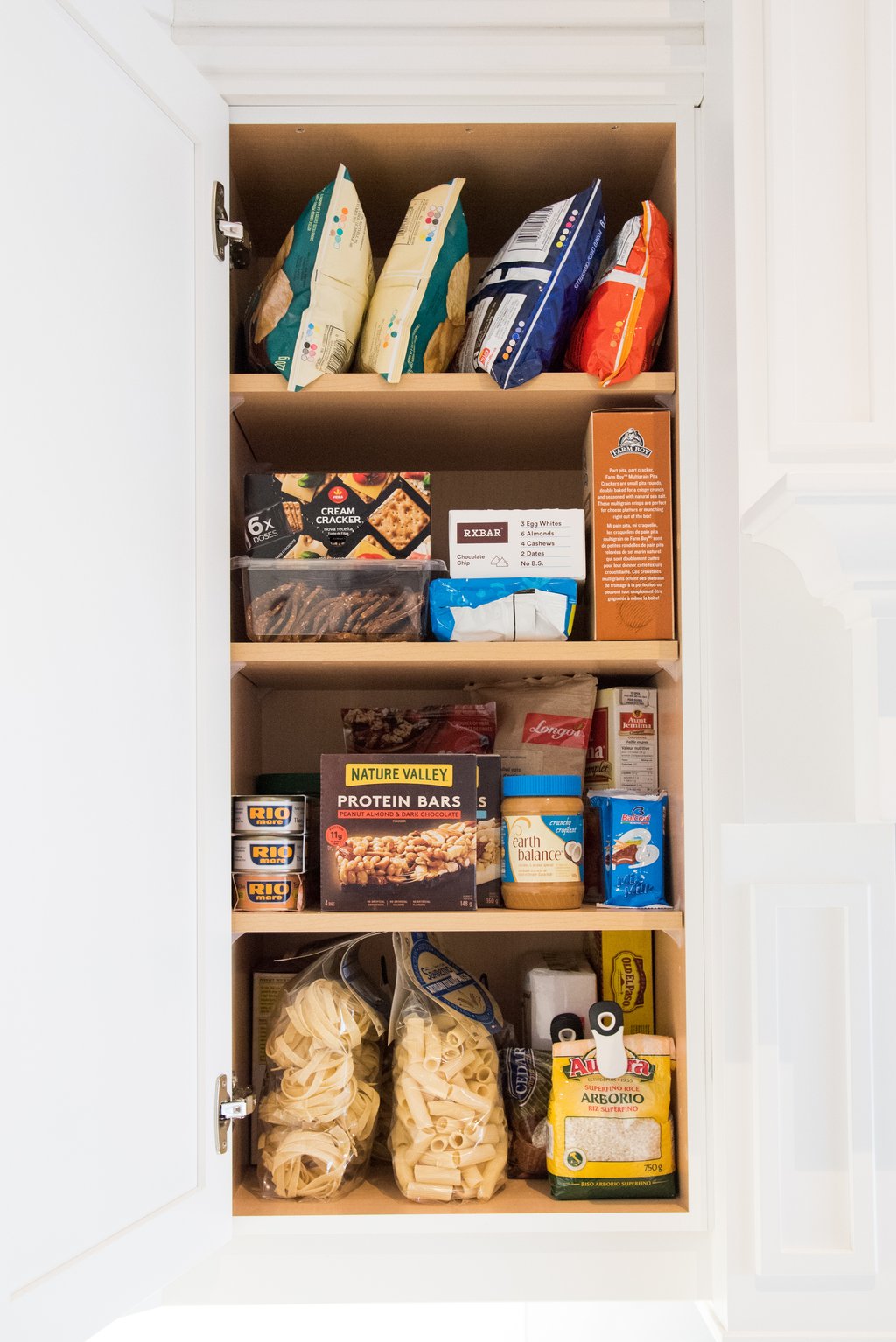 When it comes to grocery shopping, Ed’s spoiled by his bakery’s hot table. He gets his protein straight from the suppliers and vac packs it at work into portions. Even his coffee, pasta, olives, cheese and charcuterie are all brought home from SanRemo. For produce, though, he likes to go to Farm Boy, and for anything else, he’ll hit up Longo’s.

Ed doesn’t bother opening most of these cookbooks; he’s more of an experimental cook. If he’s using a recipe, it was probably passed down to him from his mom or dad. There is, however, one book he keeps coming back to: Wayne Gisslen’s Professional Baking. “It helps you break down the baking formulas so you can formulate recipes from scratch,” says Ed, who’s recently taken an interest in artisan bread: 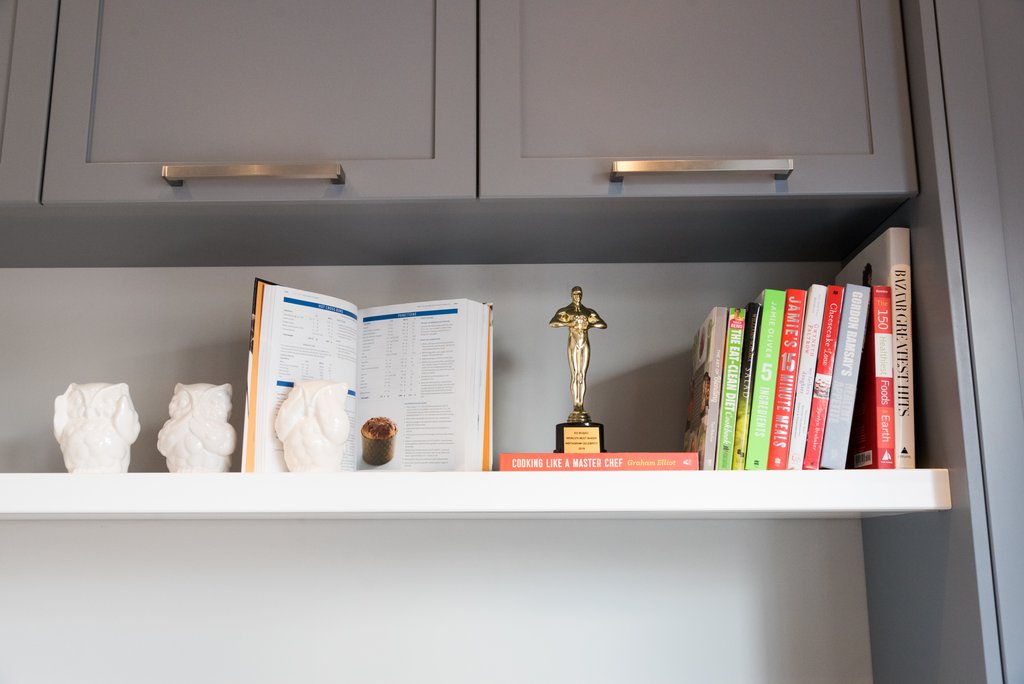 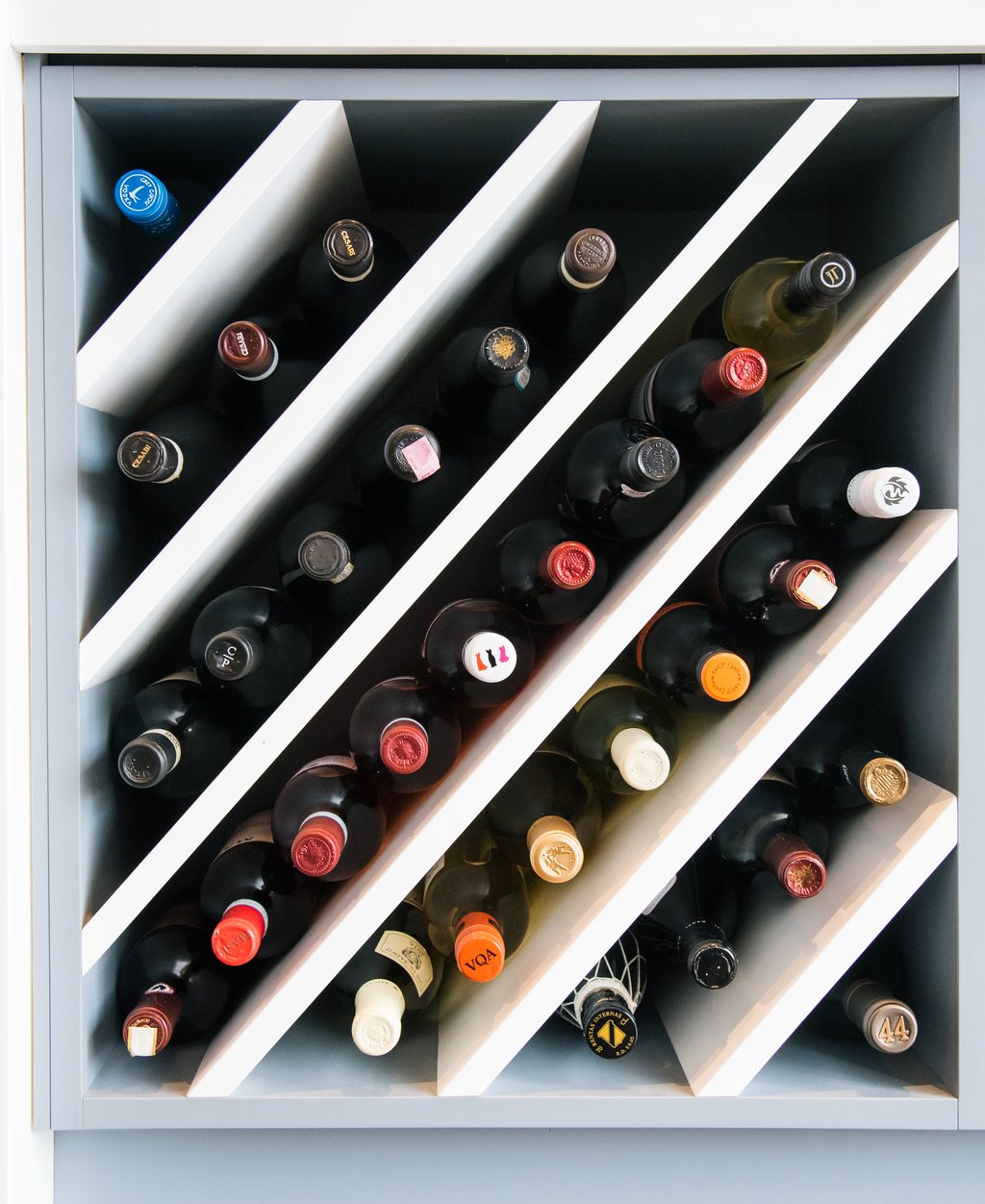 And some favourite bottles: 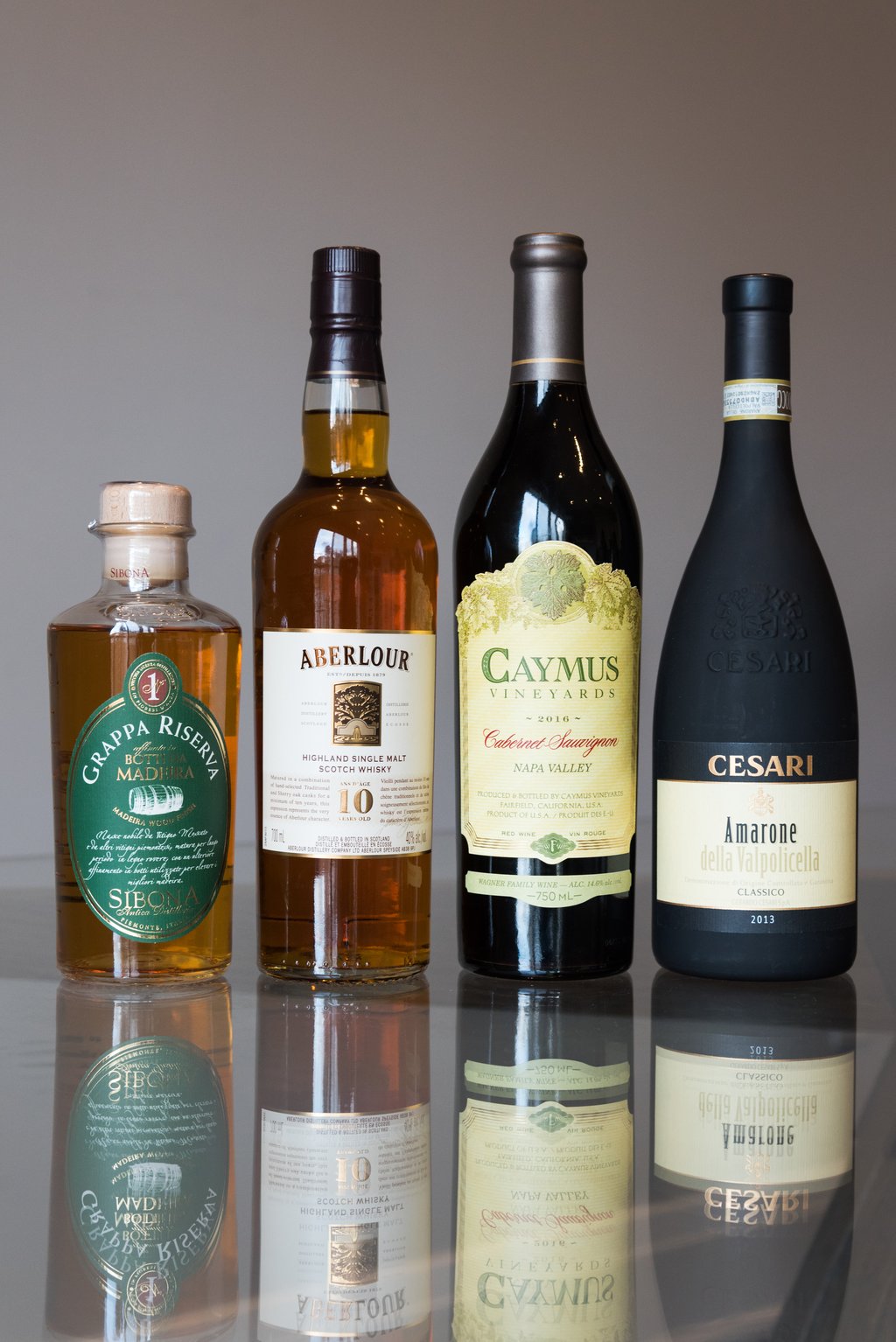 Speaking of vices, Ed is a chocoholic. This is just some of his secret stash: 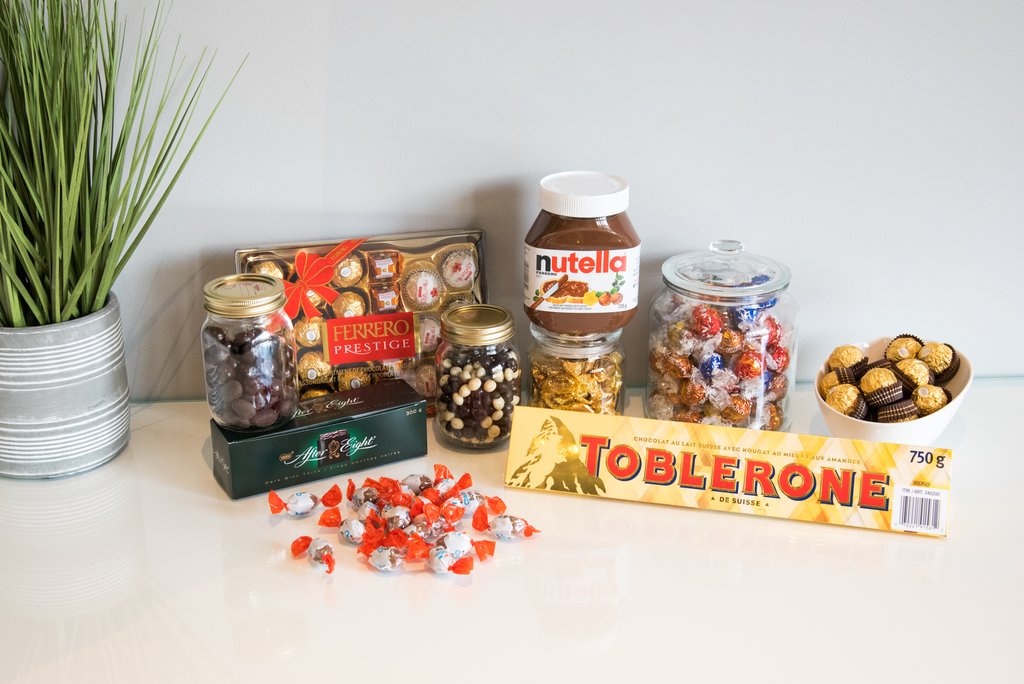 When asked if the girls bring a lot of doughnuts to school, the answer is a definitive “nah.” According to Natasha, the doughnuts never make it that far: 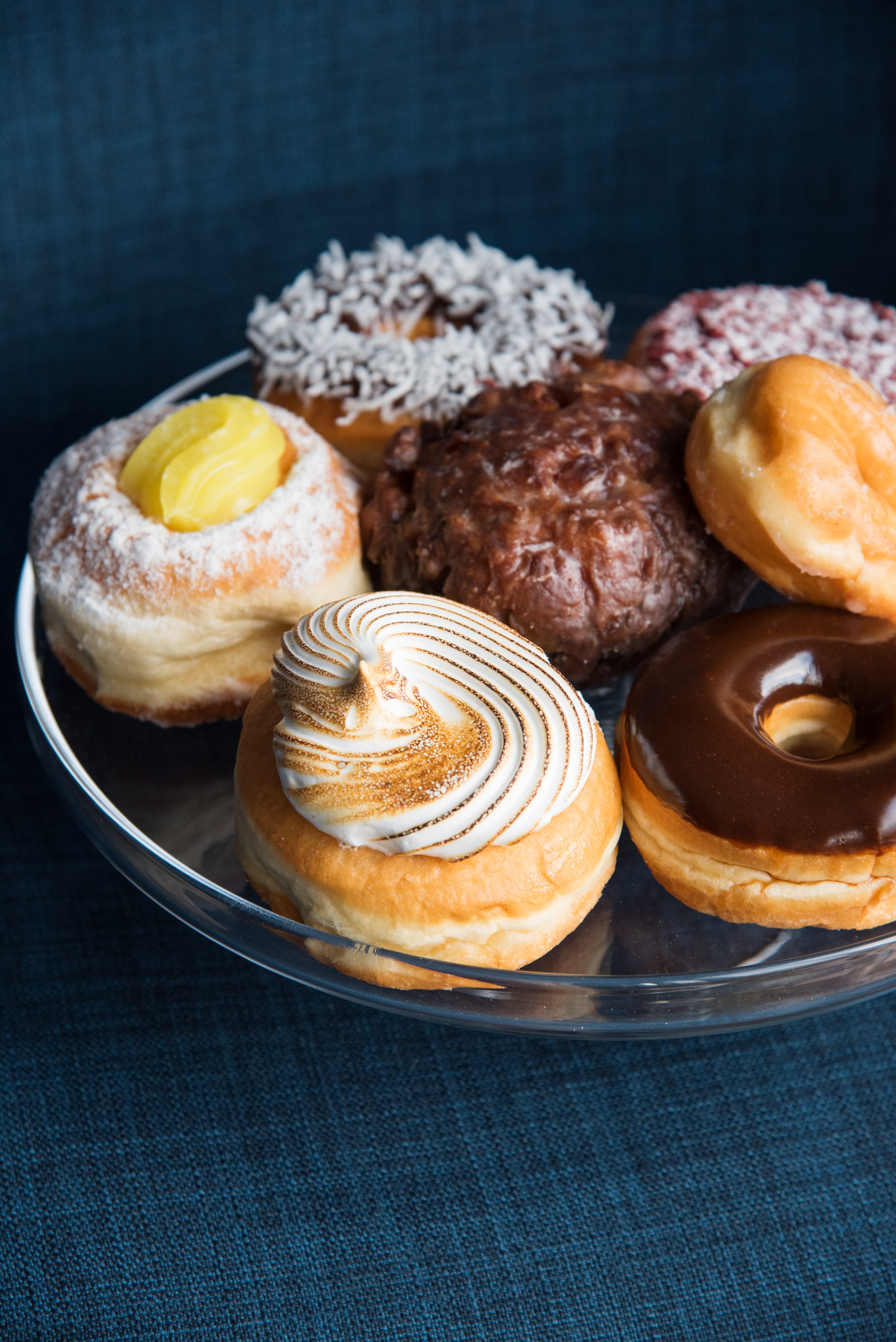 Here are some of their favourite kitchen tools: 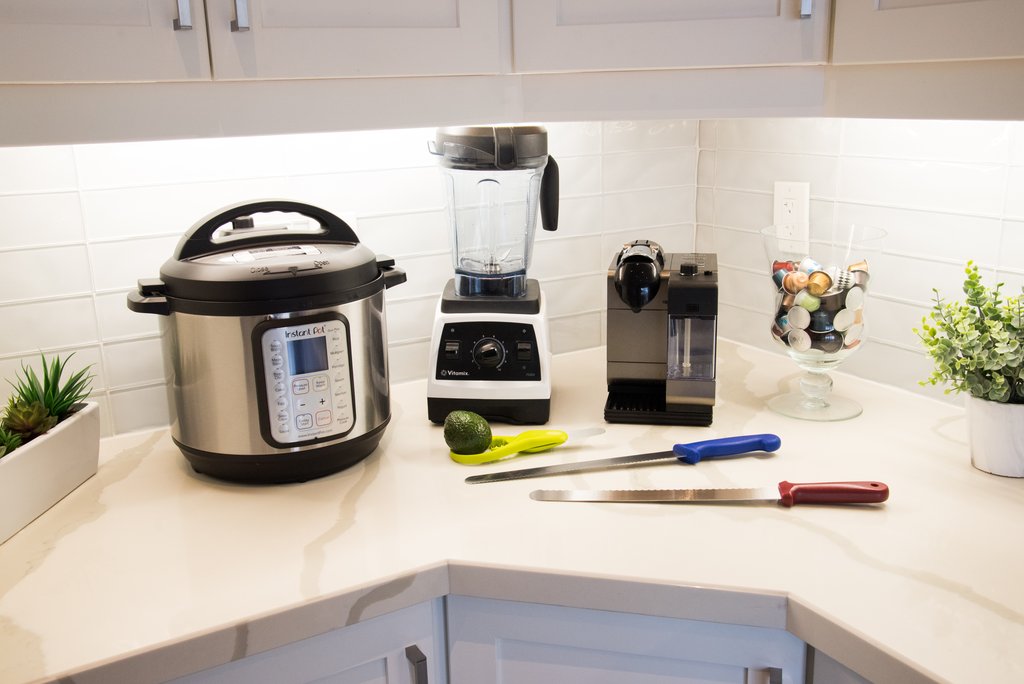 When Ed’s mom visits, he makes her an old-fashioned stovetop espresso: 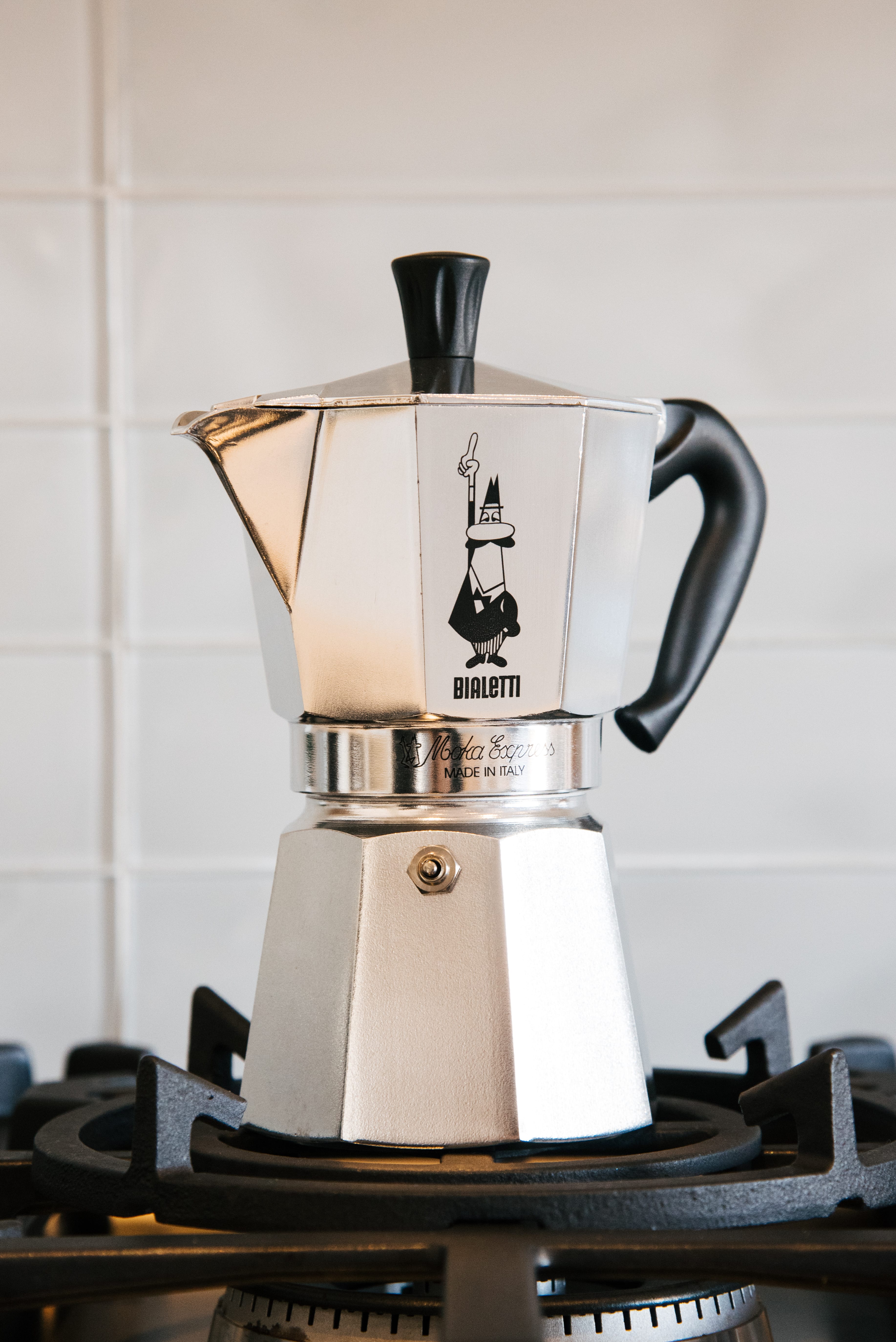 And here’s (almost) the whole family. From left to right, Ed’s daughters Alexa, 14 and Natasha, 17, his girlfriend, Bianca, and Ed. (Julia, 16, couldn’t be here because she was taking a test at the time of this shoot.) 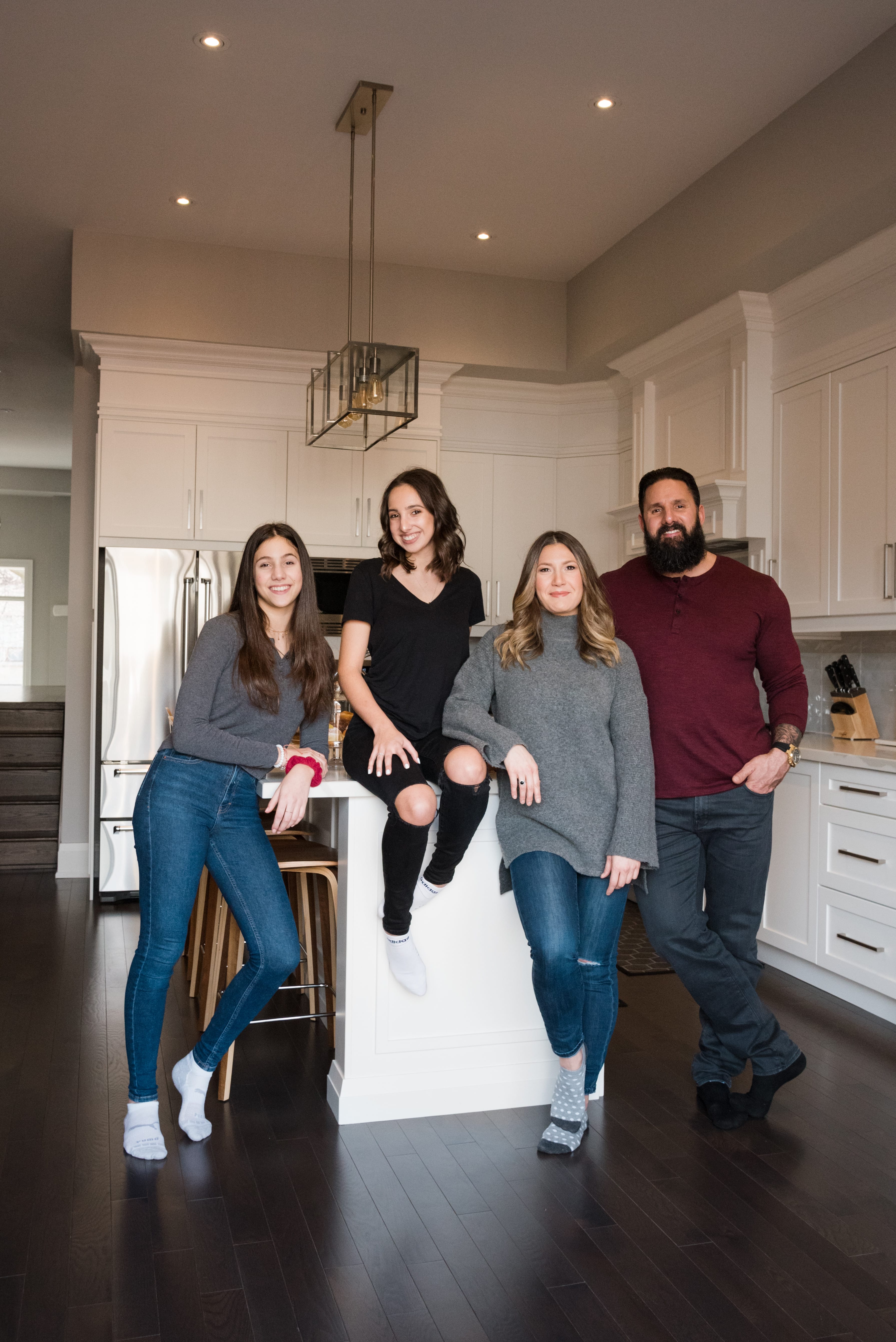 Thanks for having us, Ed! 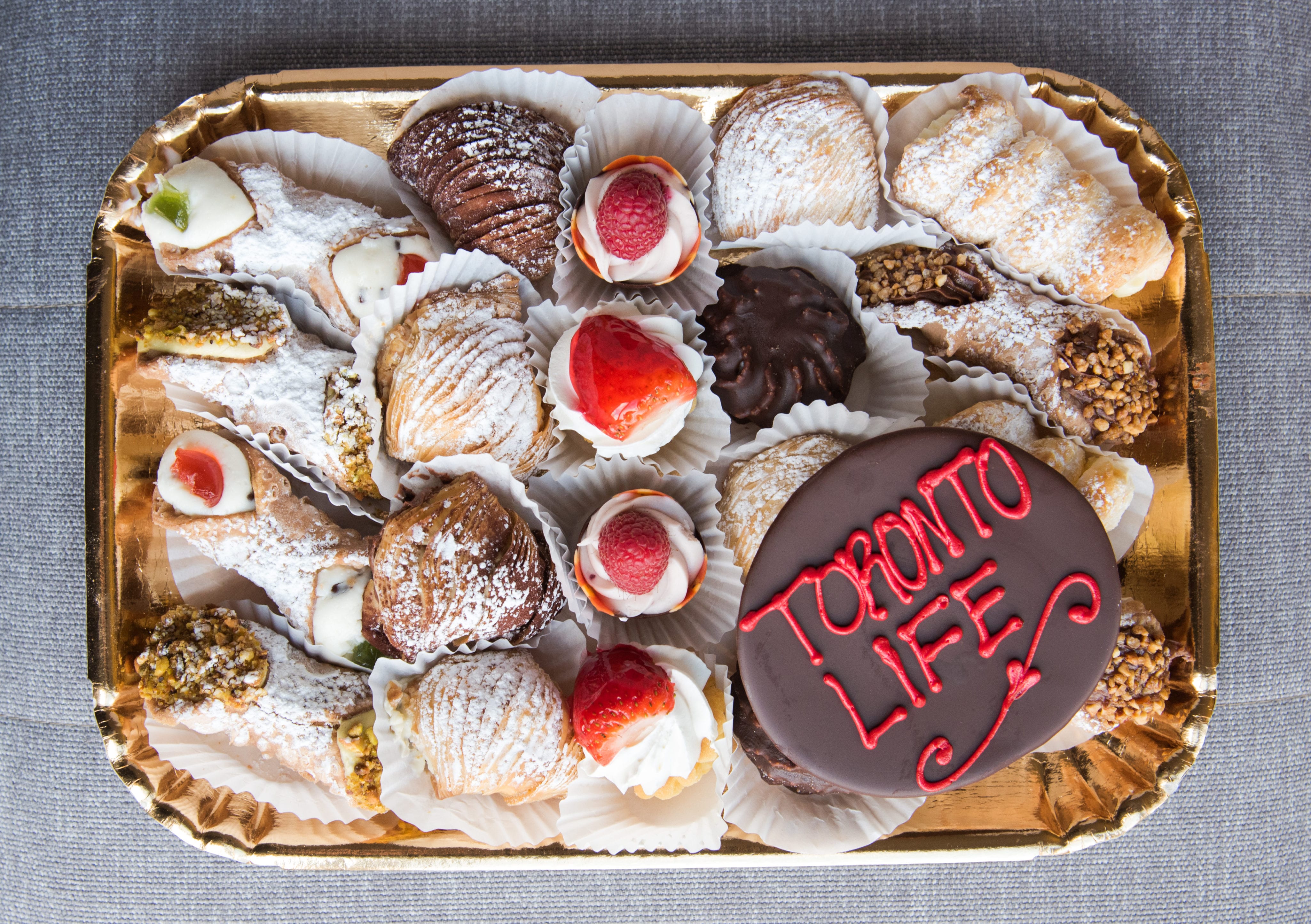