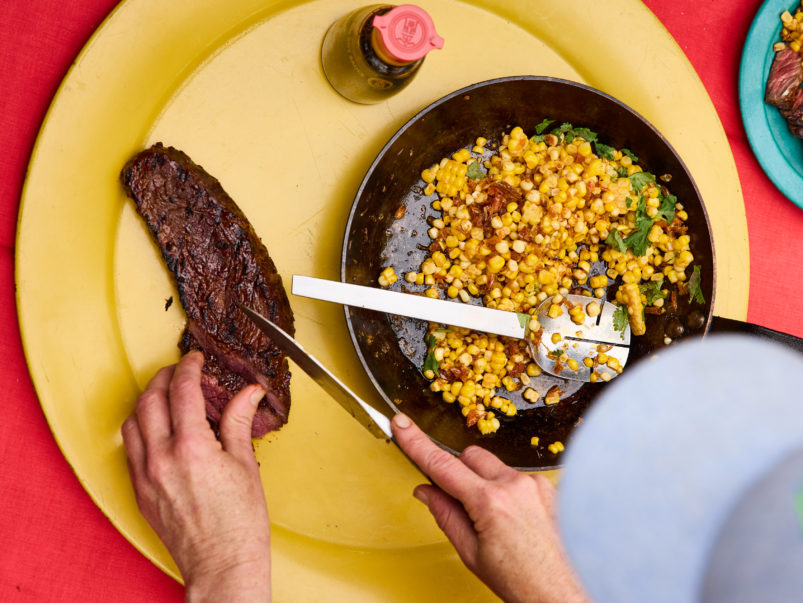 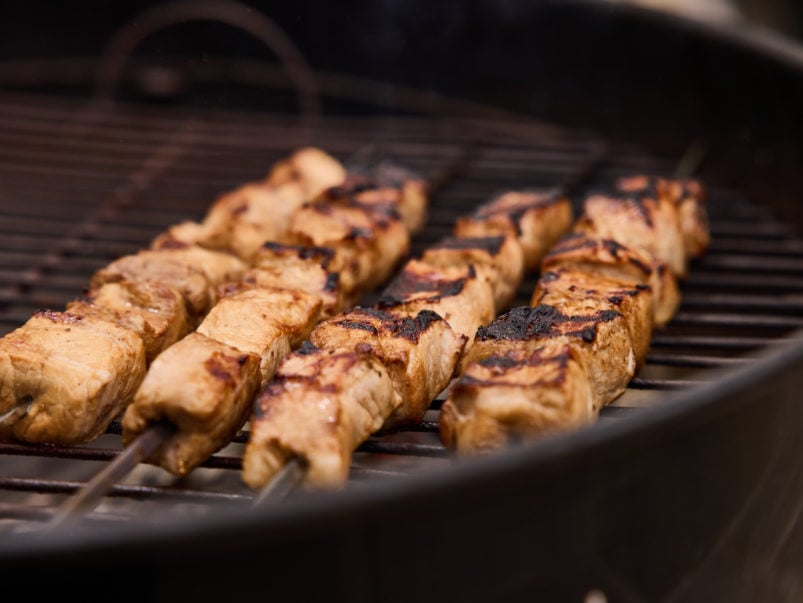 How to make Tinuno’s sweet and spicy grilled pork skewers 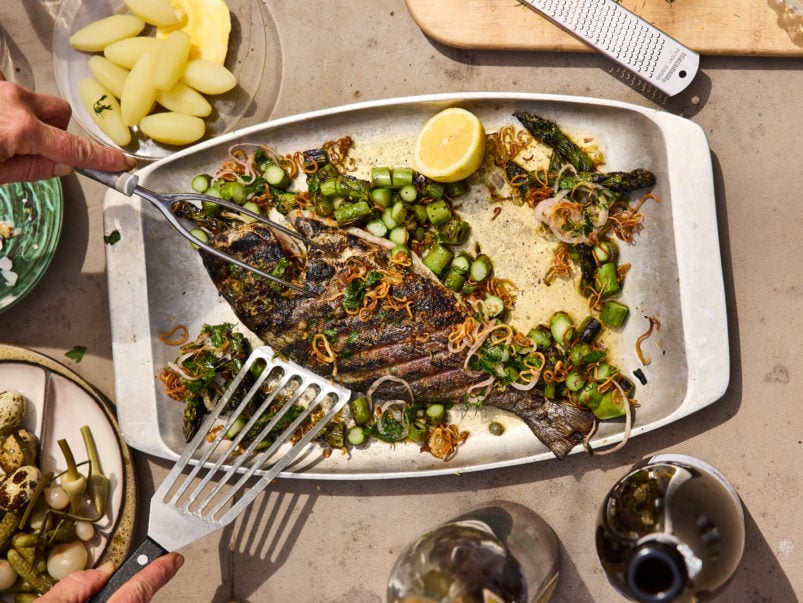 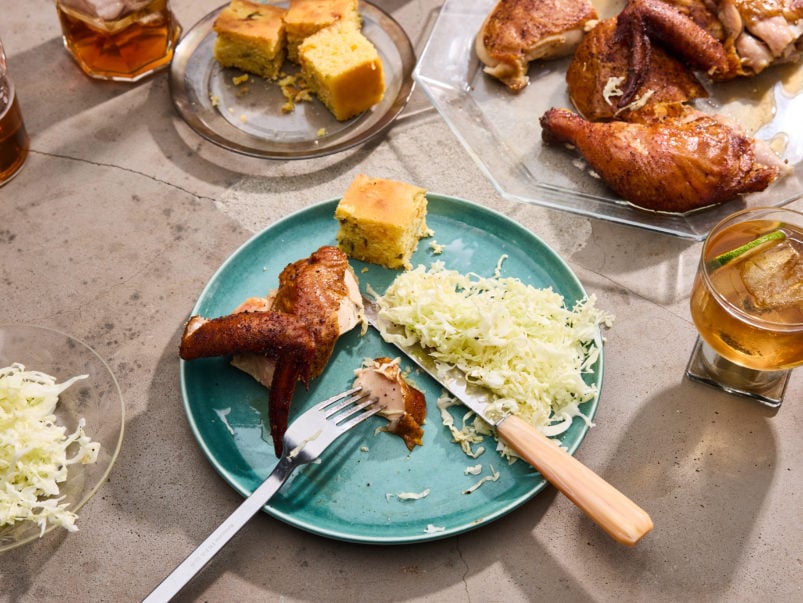 Birria Balam’s Julio Guajardo and Kate Chomyshyn were previously known for setting tongues ablaze with their flame-cooked modern Mexican fare at El Rey and Quetzal. After spending two years planning their next move, the husband-and-wife culinary tandem teamed up with megastar chef Matty Matheson to open a takeout operation on Spadina specializing in highly dippable birria tacos—a precursor to a sit-down restaurant in Little Portugal (fingers crossed) later this year.

When they aren’t filling fresh tortillas with slow-simmered beef, Chomyshyn and Guajardo also love cooking vegetables. “Most people would consider Mexican food very meat-heavy, but that’s not true,” says Chomyshyn. Mushrooms are great on the grill—and even better when folded with melty cheese inside warm, top-notch corn tortillas. 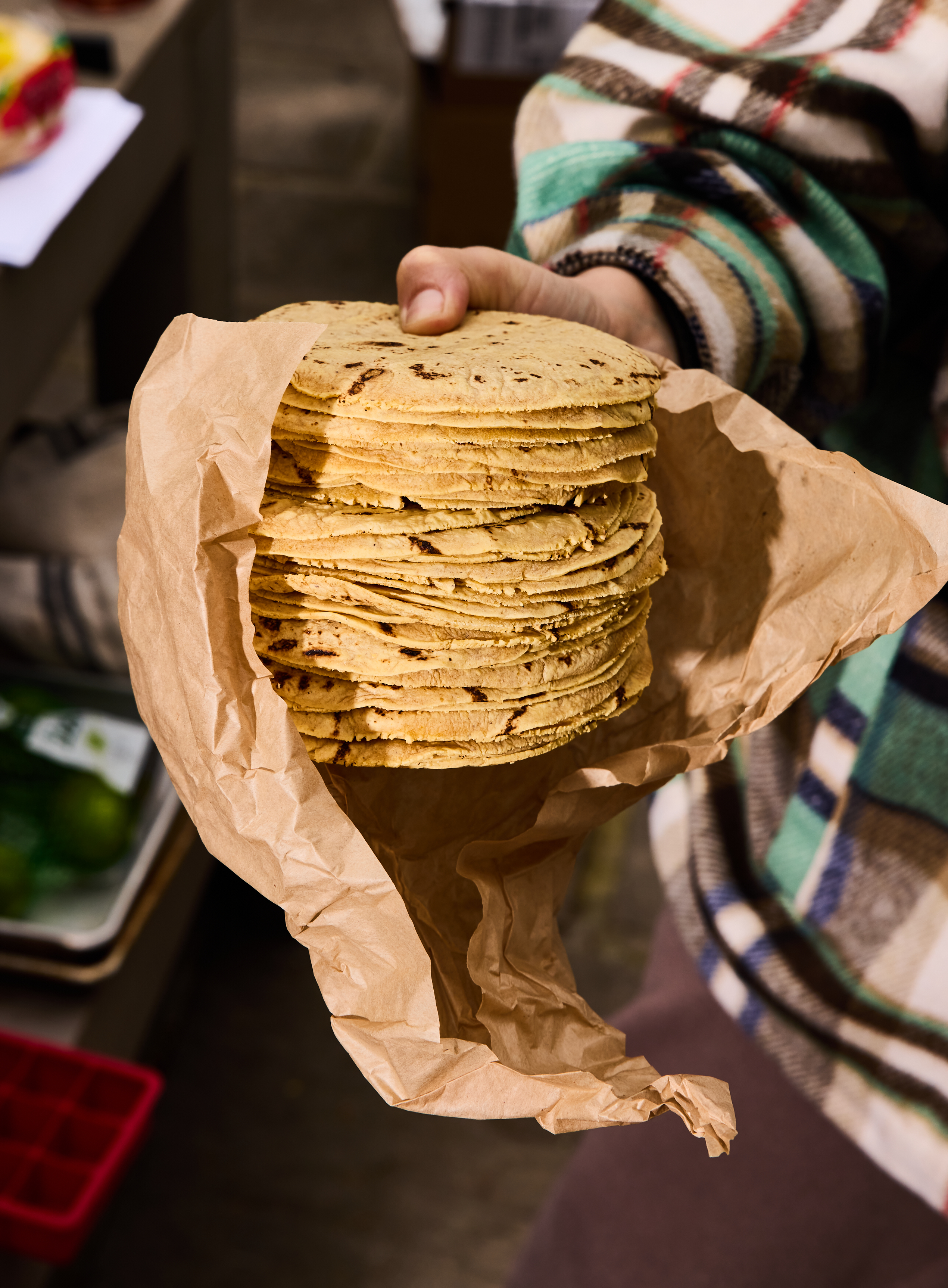 Note: if you can’t find Mexican oregano, a mix of half standard oregano and half marjoram works, too. 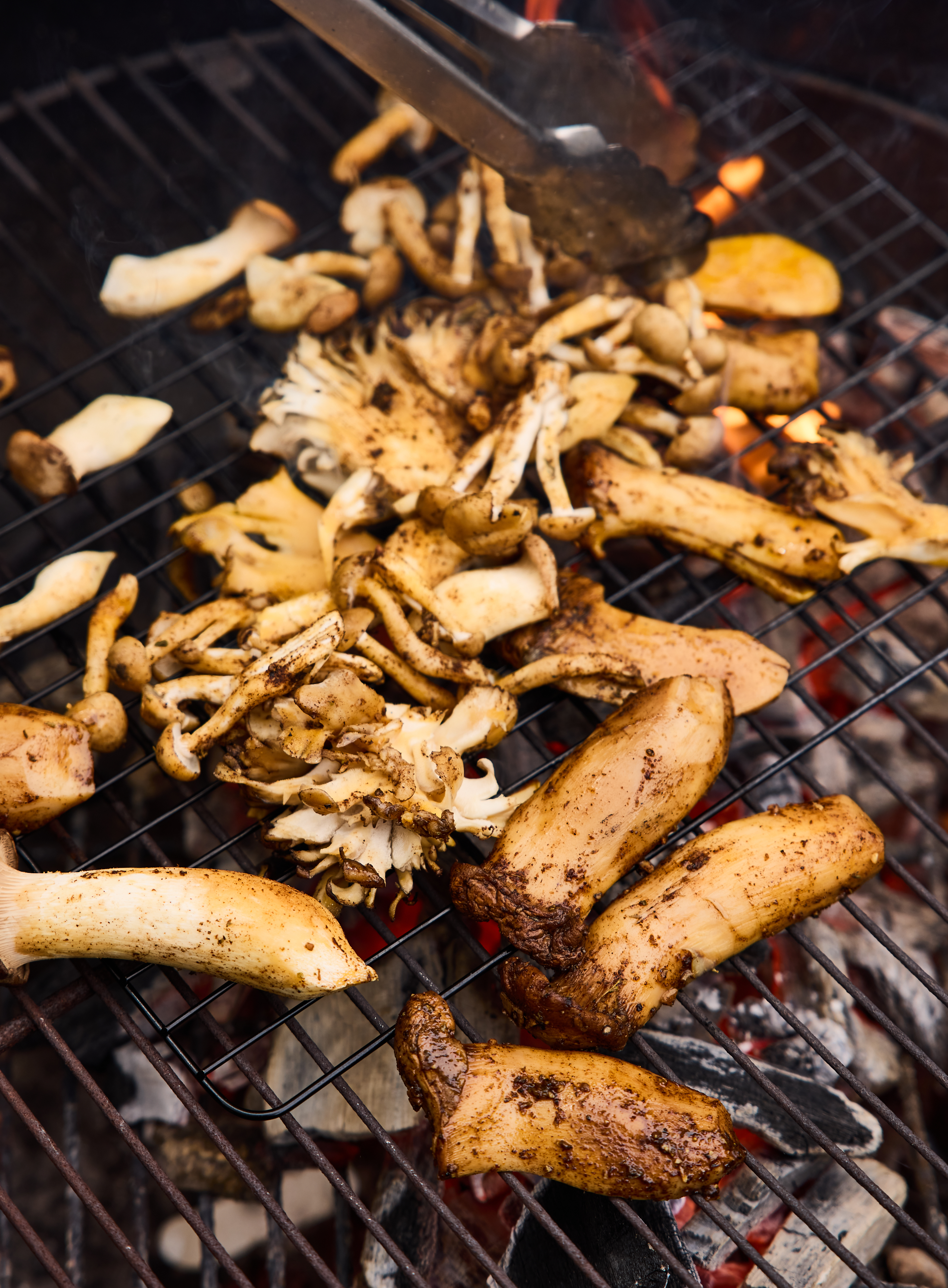 1. Combine marinade ingredients in a blender and process until smooth. Place mushrooms in a Ziploc bag and cover with the marinade. Refrigerate for two hours, or up to two days.
2. Preheat grill to about 400°F. If using charcoal, wait for coals to turn white.
3. While grill heats, remove mushrooms from marinade and drain on paper towels. Set aside.
4. Wrap three garlic cloves in aluminum foil with 1 tbsp of olive oil and roast for 15 minutes.
5. While garlic roasts, place tomatillos, onions and peppers on grill, rotating until charred all over. Remove garlic and peppers and let cool.
6. Grill mushrooms until coloured with grill marks and charred in spots, about 7 minutes. Set aside.
7. While the mushrooms roast, use a sharp knife to scrape the blackened skins from the poblano peppers, and remove the seeds. Then, combine all salsa ingredients in a blender and pulse until slightly chunky. Add salt to taste.
8. Place a cast-iron pan on the grill. Once the pan is hot, lay a tortilla on it for about a minute, then flip. Scatter cheese on the tortilla and let melt slightly. Add grilled mushrooms.
9. Fold the tortilla in half to create the quesadilla, flip and grill until molten, messy and slightly golden. Serve with salsa. 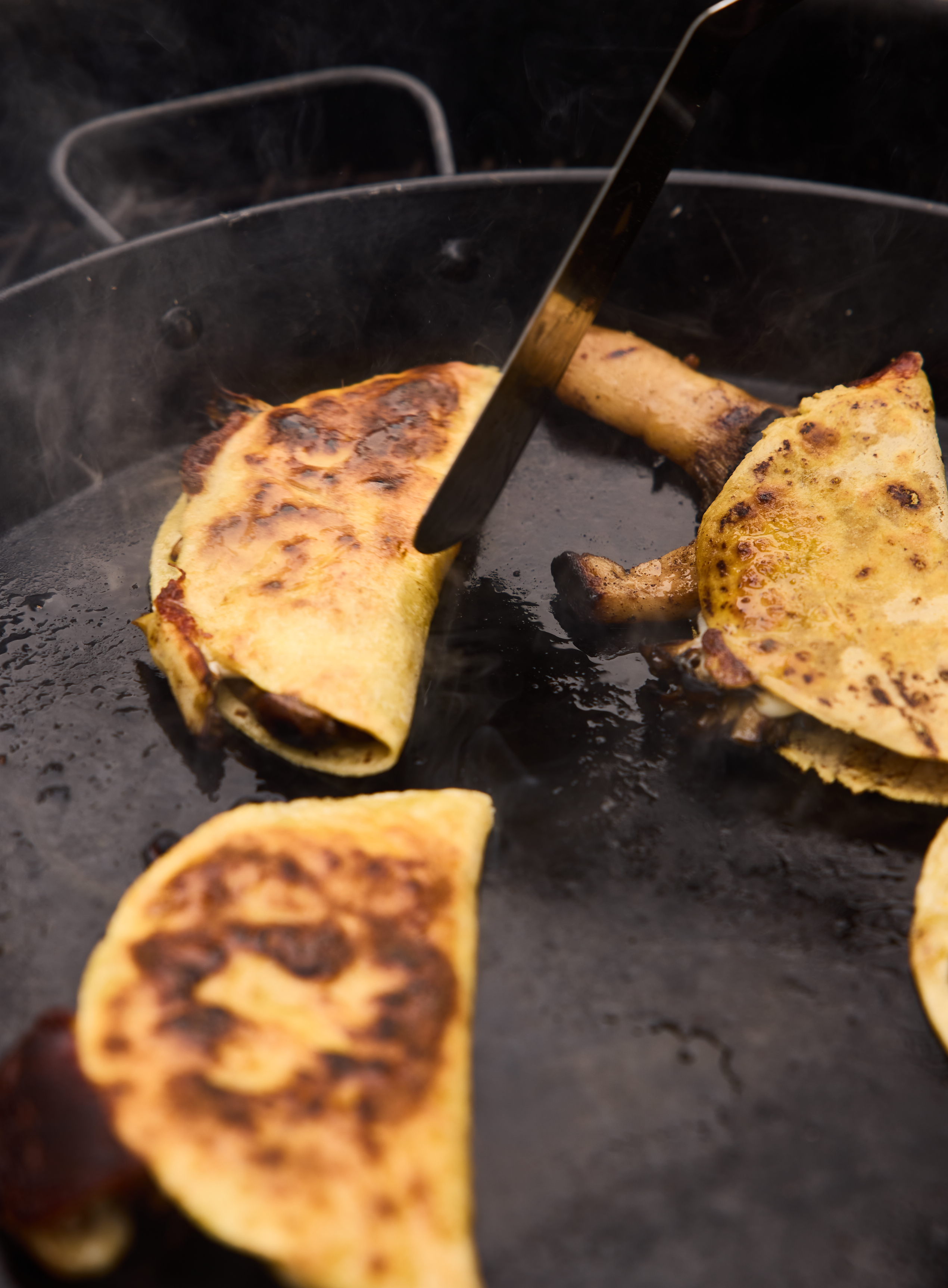 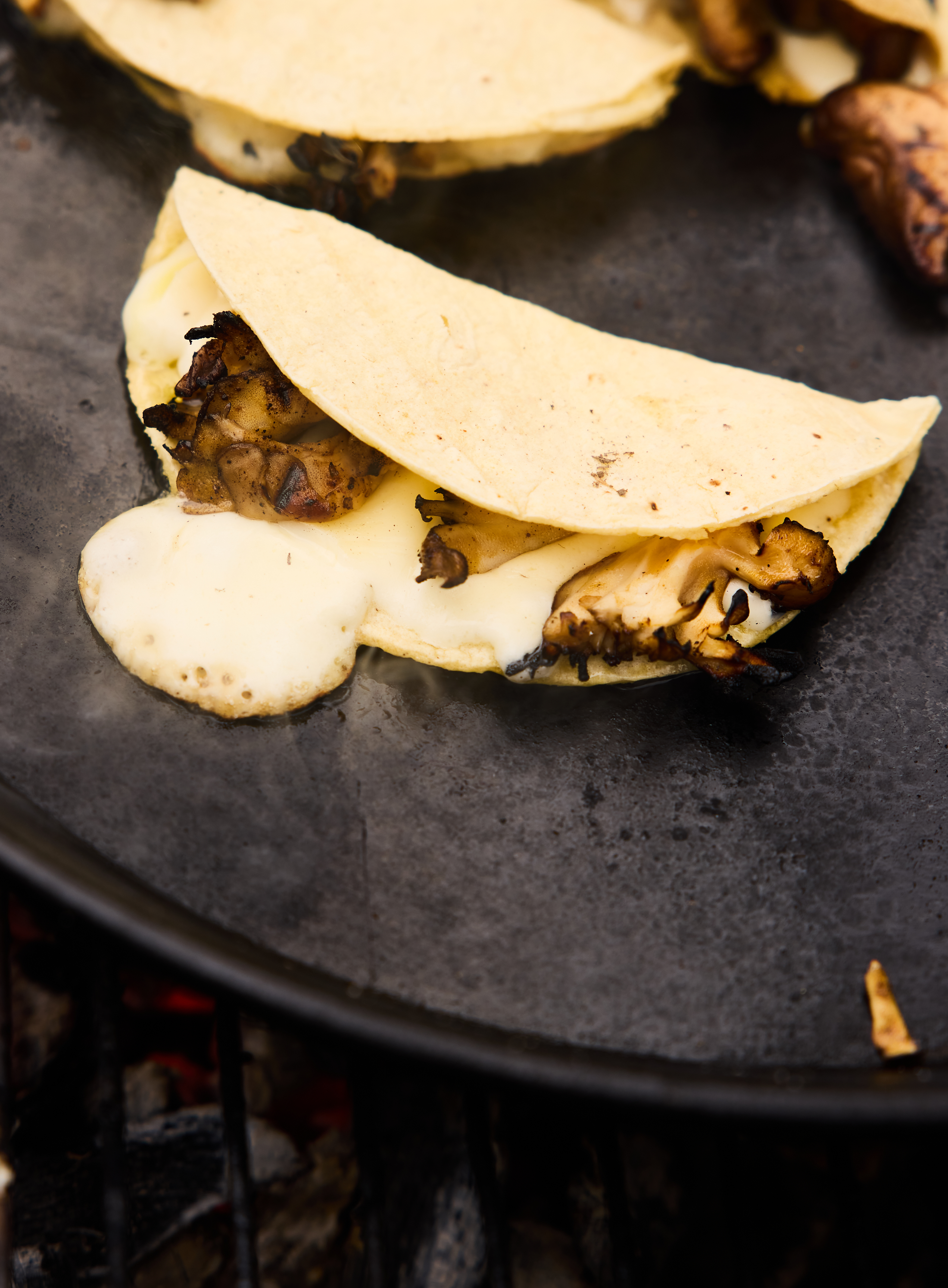