Last week, nine of the country’s top bartenders descended on Real Sports in Toronto to prove that they have what it takes to represent Canada against the world’s best at Diageo World Class Global Finals 2021 in Madrid.

For most, it’s been the greater part of the year since having worked behind the bar, but the stars demonstrated their tenacity and energy, shining from behind their masks to dazzle the virtual audience. It was a guaranteed good show given that Canadian representatives have historically always placed in the top 10. 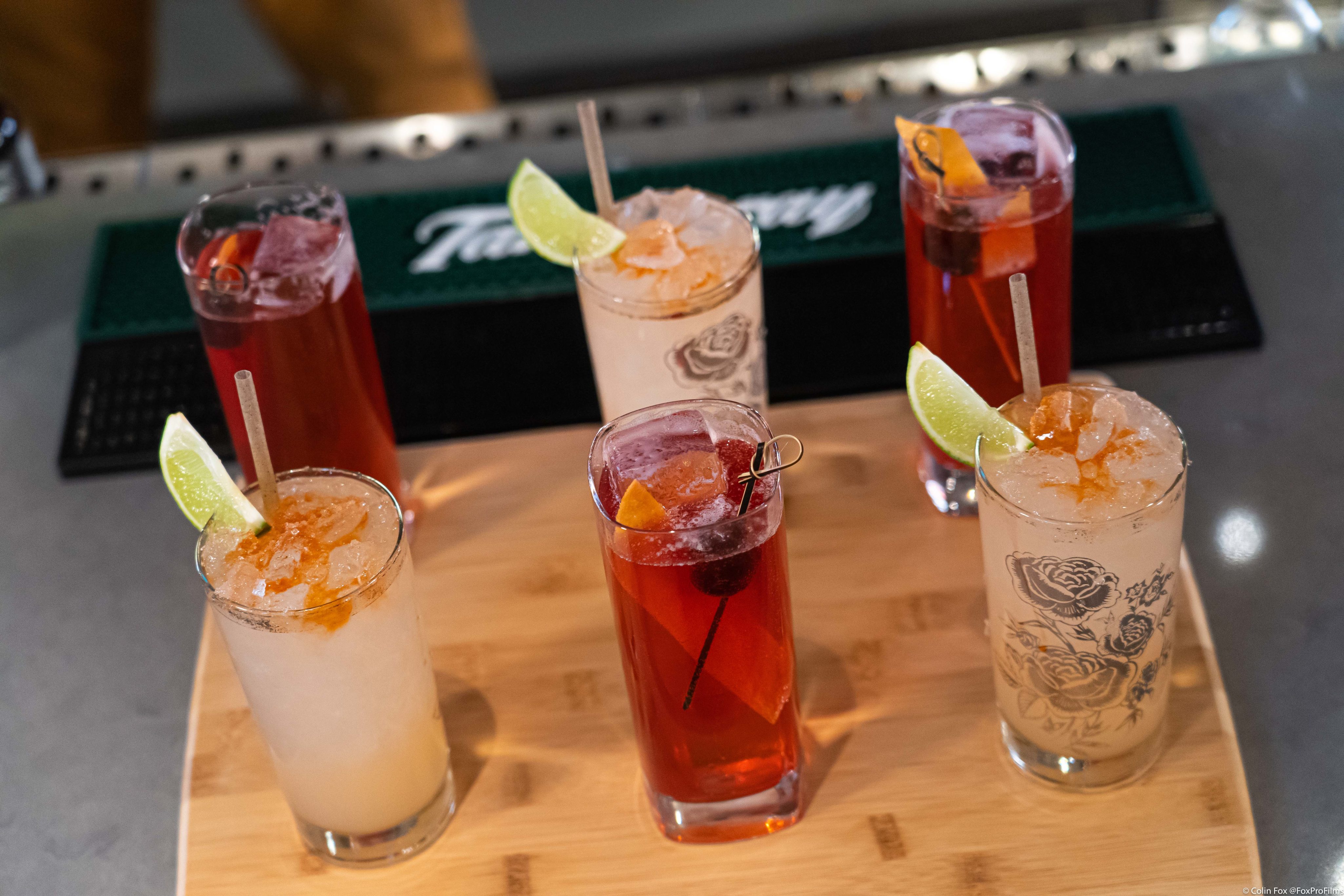 Considered one of the most respected international bartending competitions in the world, Diageo World Class celebrates the craft and evolving cocktail culture made possible by the best in international bartending talent. A pioneer of diversity and inclusion, World Class has been training bartenders globally since 2009 to inspire imbibers to drink better, while creating an unforgettable experience in the process. The global bartender training and education program also promotes moderation, no- and low- alcohol cocktails, and cocktails made with a sustainable approach. Partnered with the leading spirits producer Diageo—including brands like Ketel One Vodka, Don Julio Tequila, Tanqueray, Bulleit Bourbon and Johnnie Walker Scotch Whisky—winners from each participating country go on to compete for the prestigious title of Diageo World Class Global Bartender of the Year. 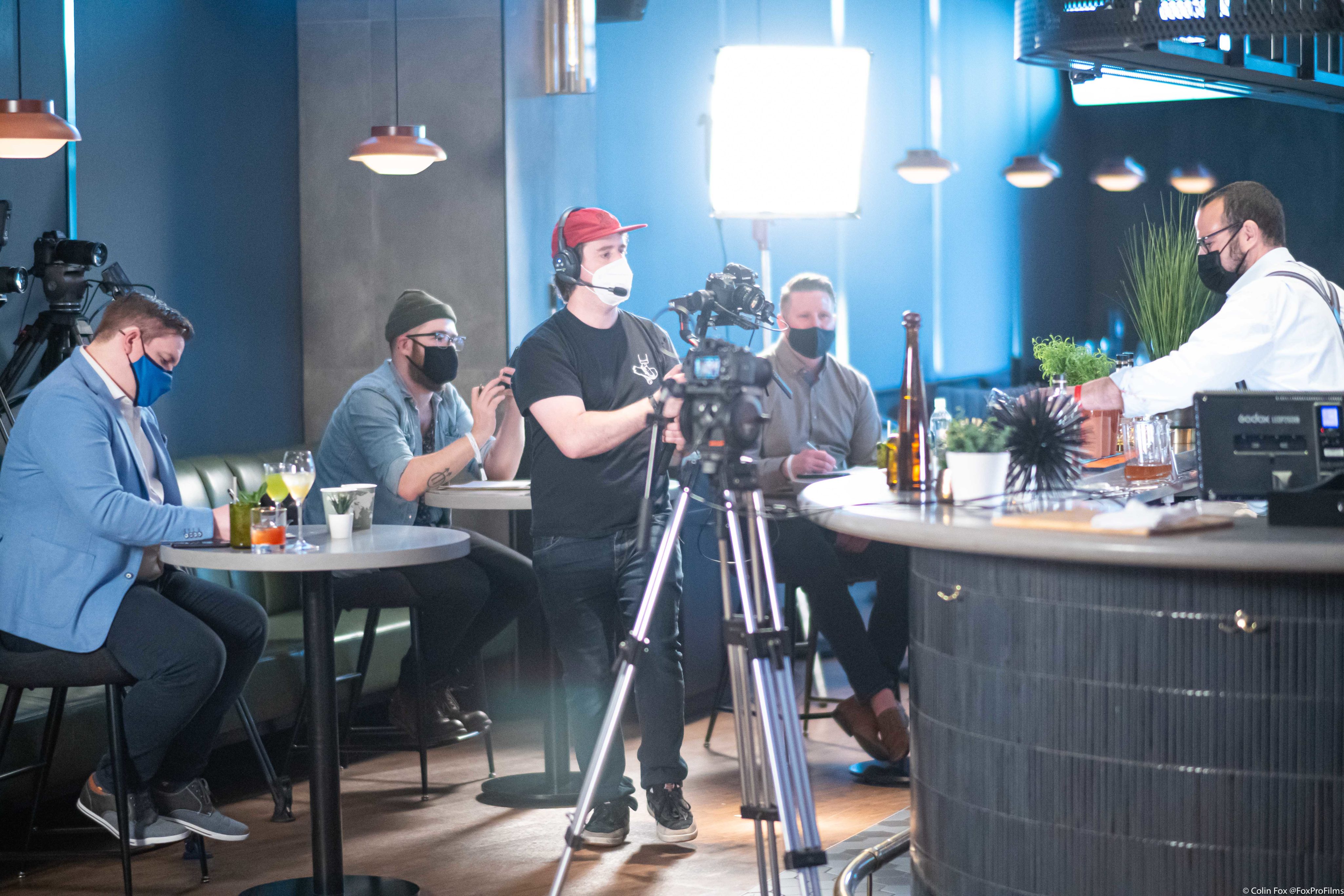 Judged based on their creativity, storytelling and bartending skills, the group had already been whittled down from an esteemed 30 regional finalists in the months leading up to the competition through a series of remote challenges. Unlike past events that saw hundreds of spirit-loving guests rooting for their favourites in a crowded venue, the virtual competition was live streamed through World Class’s Facebook page and broadcasted as a series of in-person competitions that followed strict COVID-19 safety procedures. While unconventional, viewers were able to tune in from the comforts of home, interacting online as the competitors double-shook, stirred and worked their charm. From cheering when their hometown favourite won a challenge to chiming in with words of encouragement, it just proved that while remote, it’s still possible to have a merry time even if imbibing on creative cocktails and spirits was mainly done, well, in spirit. 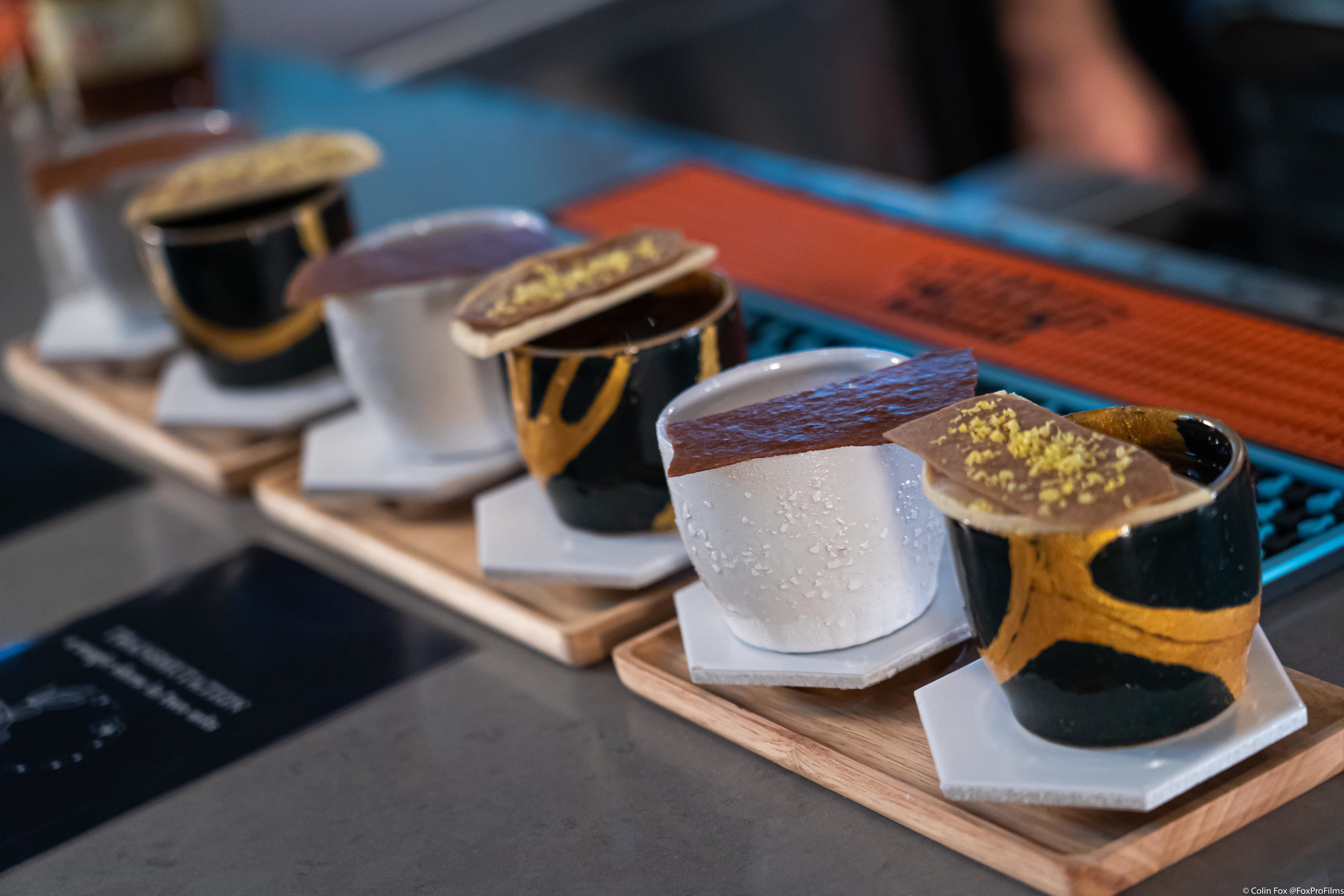 Finalists including Toronto’s own Jess Mili and Oliver Stern, (Montreal via) Vancouver’s Daphnee Vary Deshaies, plus Edmonton’s James Grant advanced to a gripping final four showdown where competitors were given an order of six classic cocktails—from a Mai Tai using Zacapa Rum, whisky sour with Johnnie Walker Black to a Ketel One vodka martini—that had to be executed to perfection in the quickest time, with judges deciding if they would pay for the libation. In the end it was Grant of Little Hong Kong who took home the title of World Class Canada Bartender of the Year 2021. Verklempt, Melbourne-born Grant—who also finished in the top four at the 2018 National finals in Montreal—can finally realize his dream of competing in World Class Global. 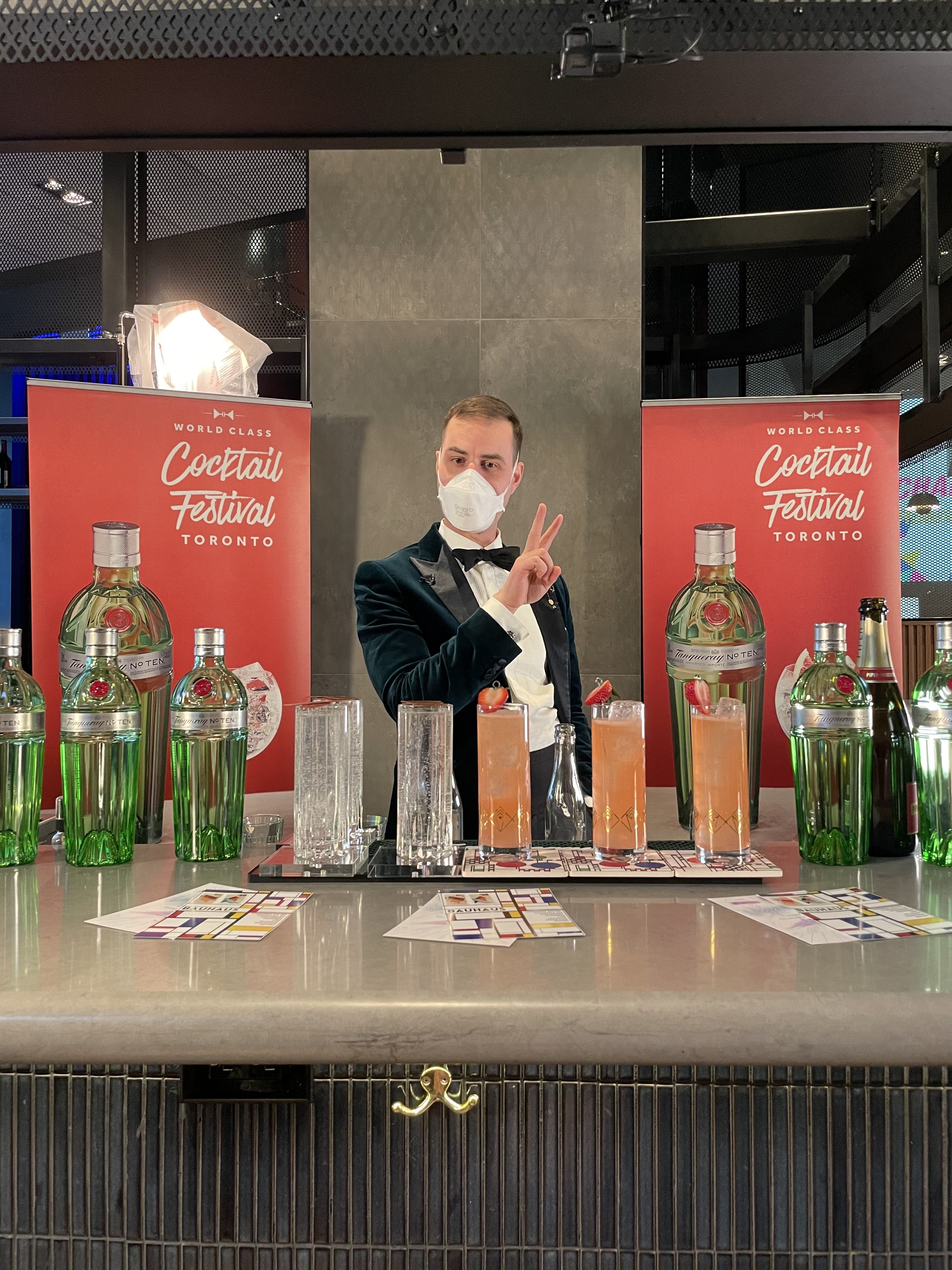 Grant shone at the event. As a classy host decked out in a tux with tails, he exhibited confidence in the face of pressure during the showdown; as an entertainer, he delivered a performance that didn’t just engage but incorporated magic. With the bar as his stage, the orator displayed finesse, thoughtfully connecting the drink, its vessel and garnishes back to the themes.

Canada now counts on Grant, with his arsenal of stories and attention to details, to bring home the highly regarded title of World Class Global Bartender of the Year 2021. 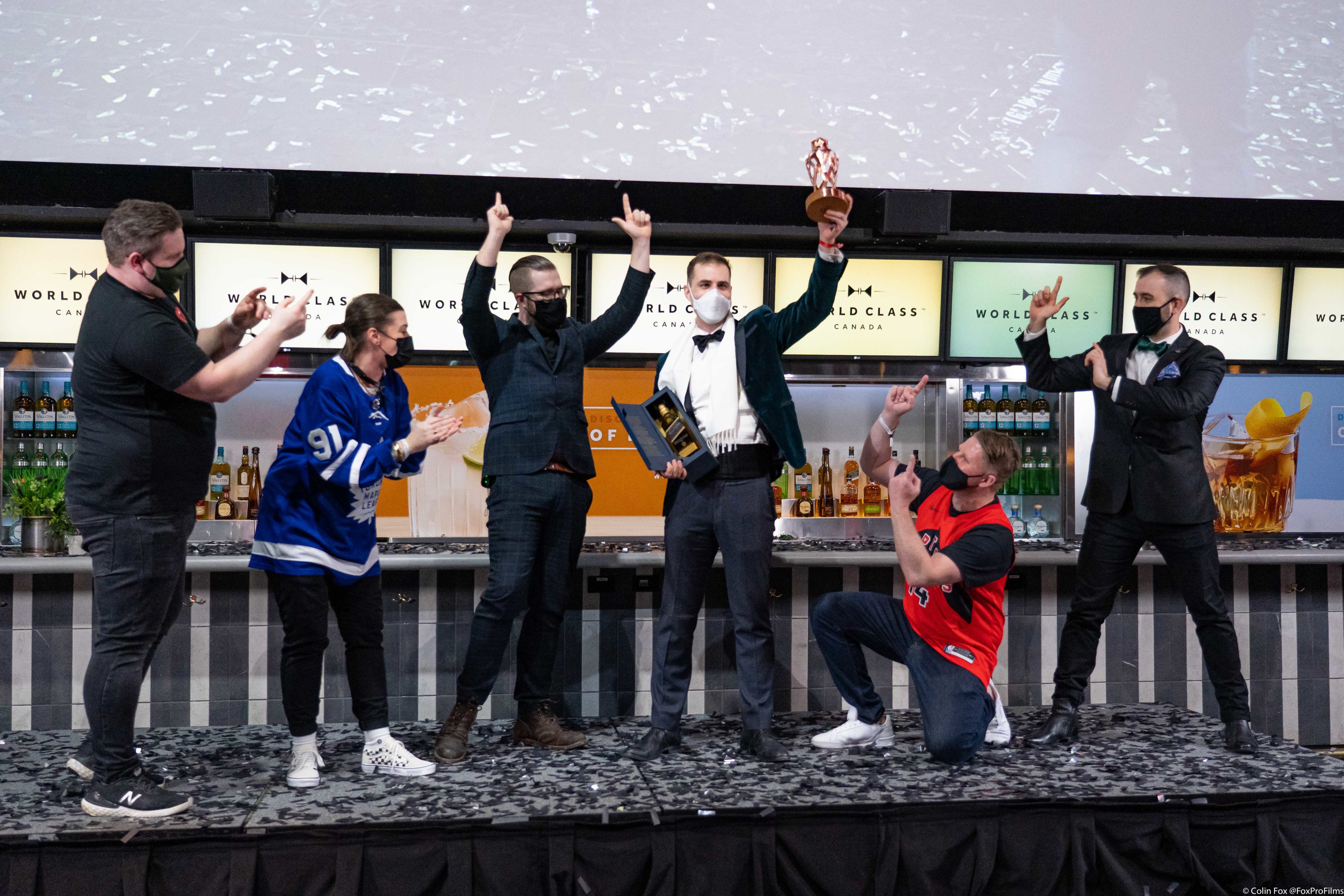 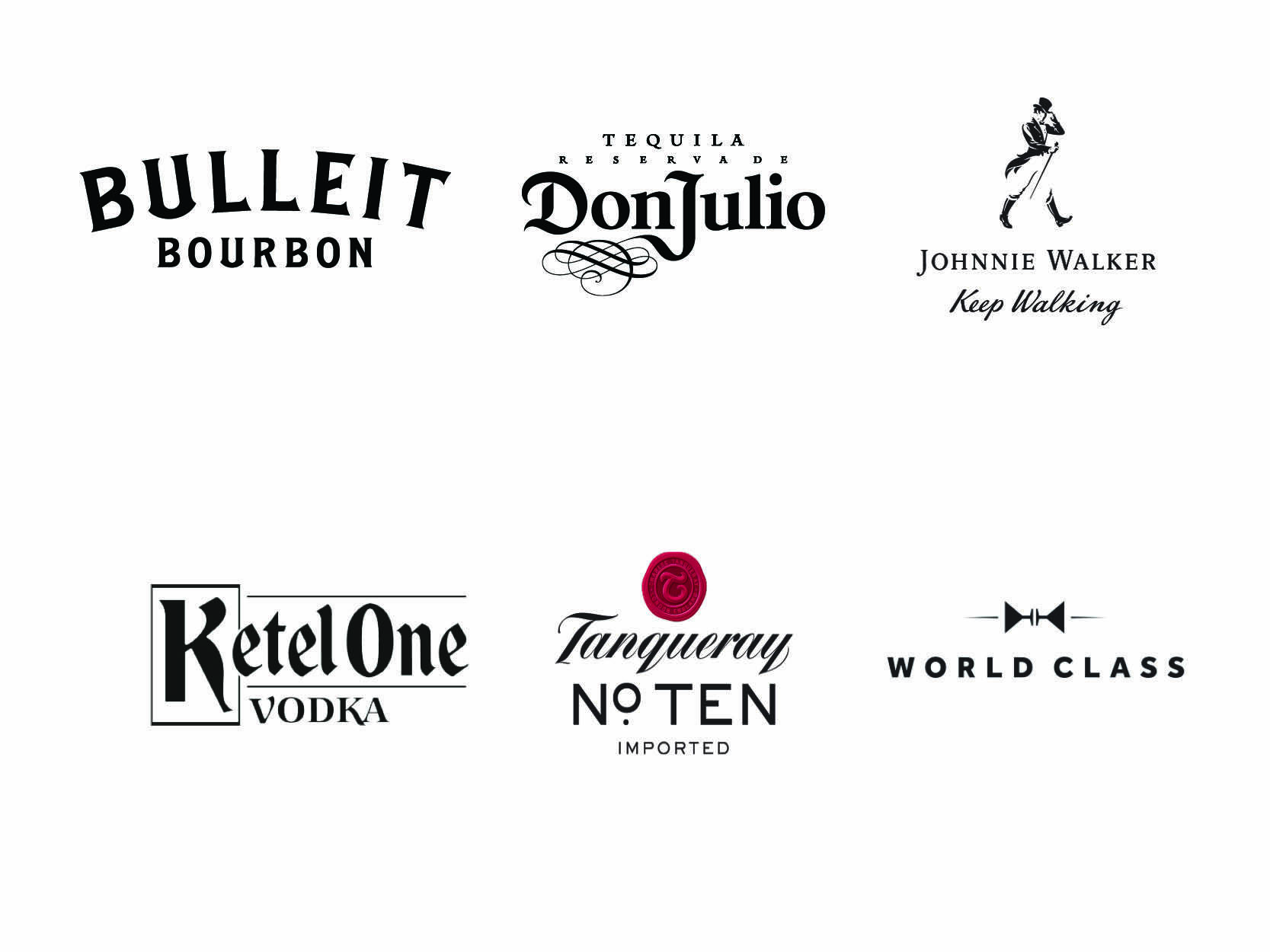