Attention all chocolate aficionados: COVE Cannabis is launching in Toronto, and to celebrate, they’re running an insanely over-the-top, ultra-sweet pop-up shop in collaboration with BETA5 Chocolates. Right now, the second floor of The Spoke Club has been transformed into a lush oasis serving up swanky chocolate blunts, bongs and bars in sumptuous flavours inspired by COVE’s cannabis strains that do not contain cannabis yet. Inside, shoppers can lounge on plush blue velvet sofas, take photos in the camping-themed photo booth and snap up all the cannabis-inspired sweets they could need. 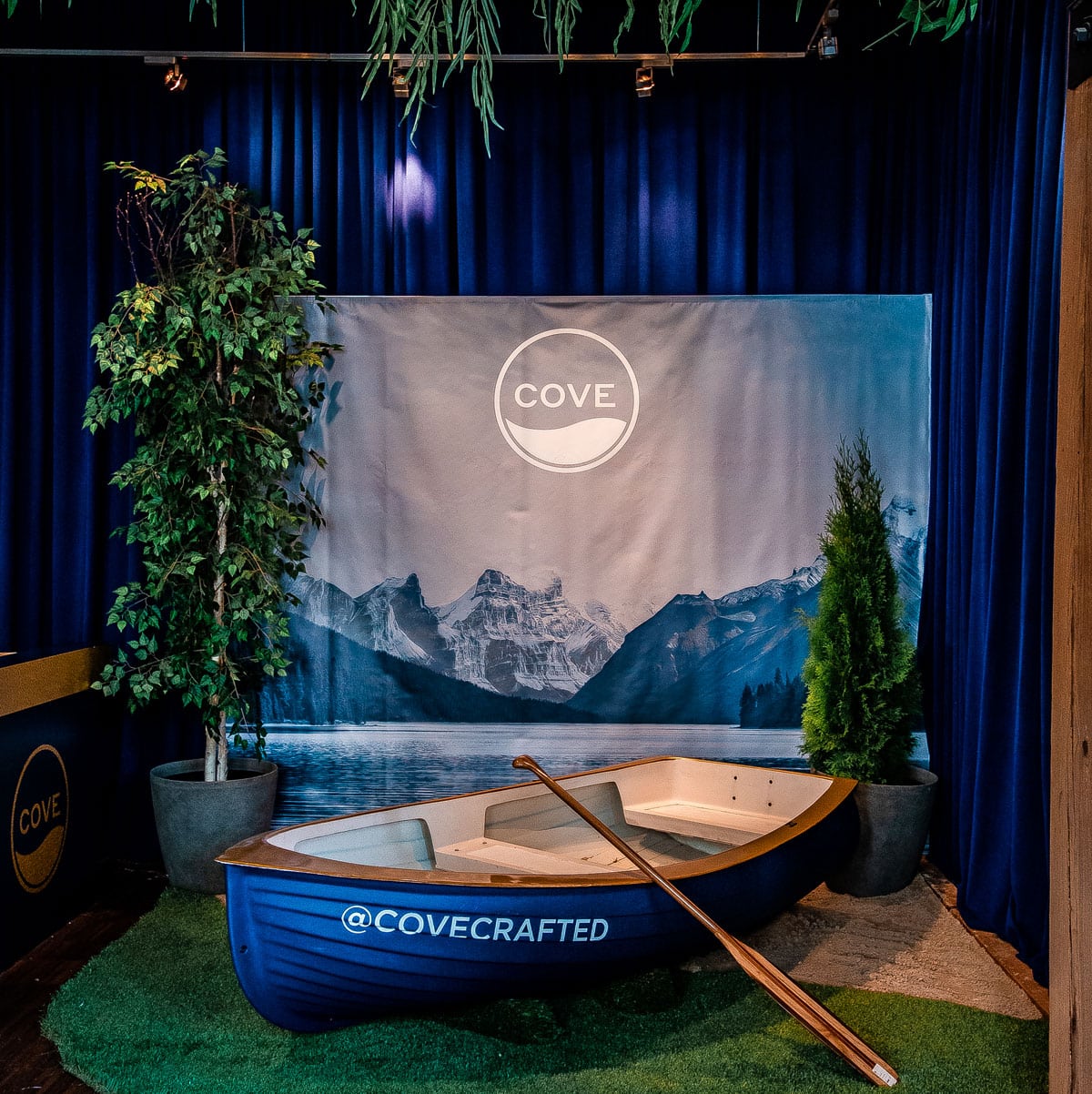 COVE was born in the Okanagan Valley in BC, a region known for creating some of the world’s finest cannabis strains (just ask anyone who’s ever lived there). It’s part of The Cronos Group portfolio, a global cannabis company that operates in five continents. 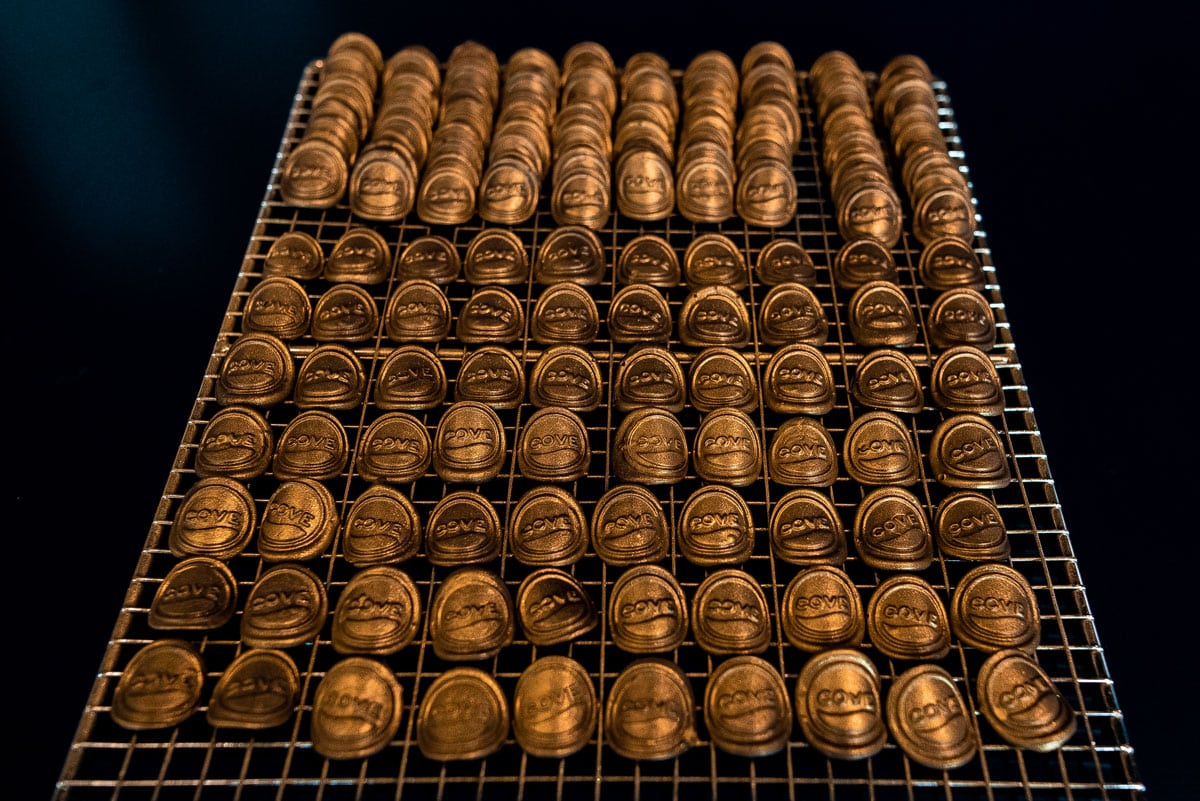 In Canada, The Cronos Group owns two licensed cannabis producers regulated under Health Canada: Peace Naturals Project Inc. and Original BC Limited. COVE is The Cronos Group’s first premium cannabis brand that will be offered for the recreational market, and their high-quality offerings are non-irradiated, hand-trimmed and terpene rich. 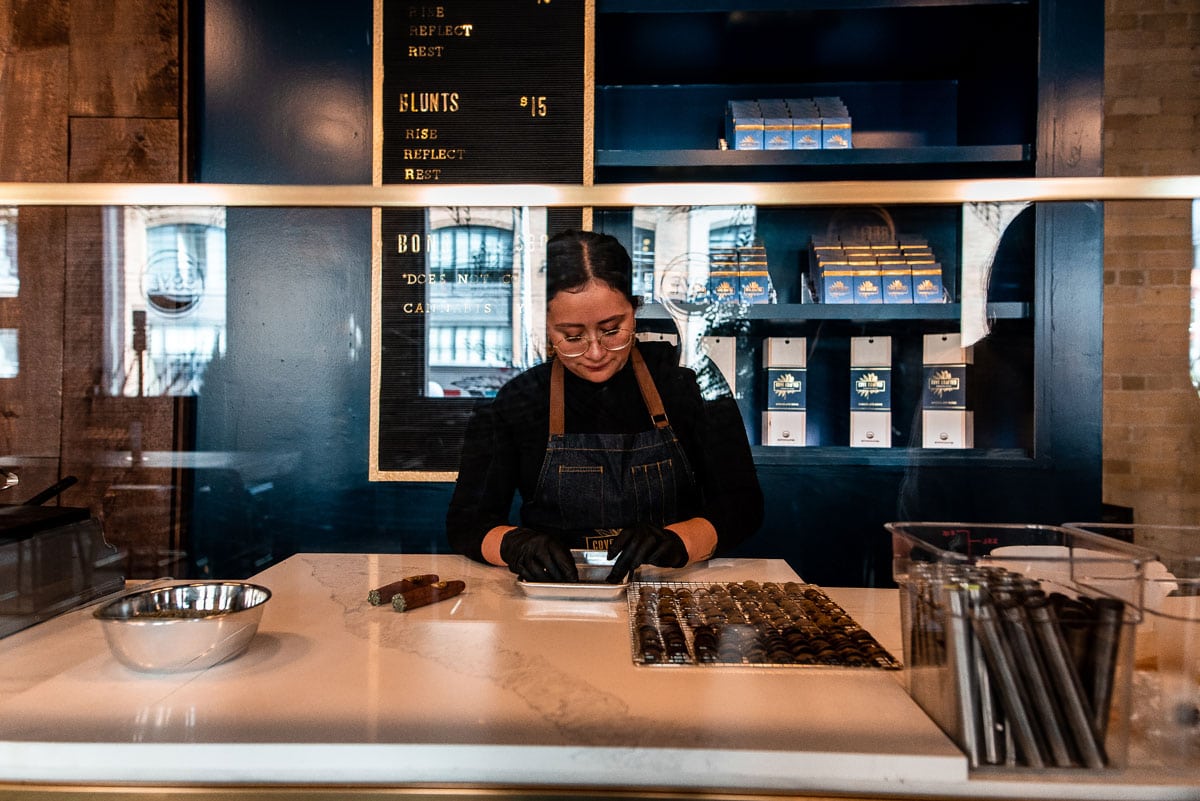 COVE will offer three strains once recreational cannabis become legal: the COVE Rise sativa strain, the COVE Reflect hybrid strain and the COVE Rest indica strain. The flavour profiles of the chocolates on offer were specially handcrafted by BETA5 chocolatiers to reflect the general vibes of each of the strains. Though the chocolates themselves don’t actually contain any cannabis (yet), COVE experts will be on site to explain the brand and answer any kinds of questions. 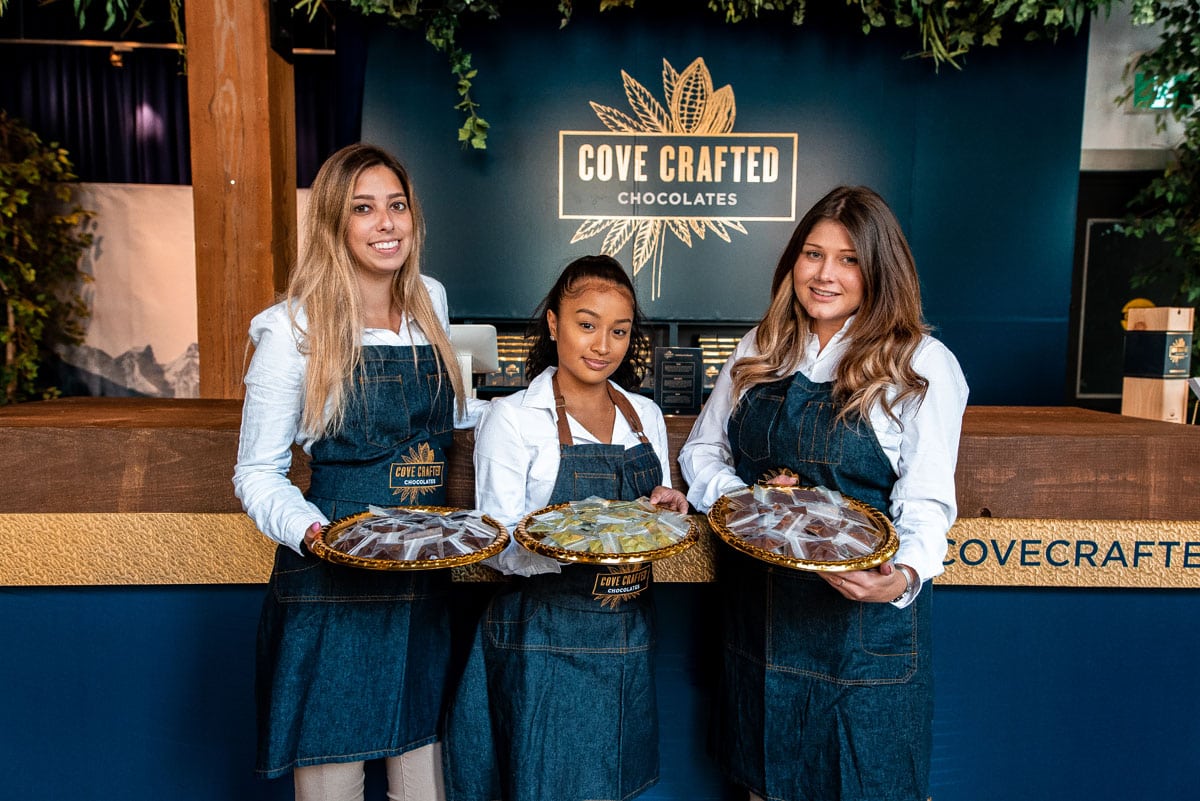 Inspired by COVE’s Rise sativa strain, which typically used during the day or in the afternoon, the Rise chocolate blunt is made from 66 percent dark chocolate and roasted coffee beans.

Inspired by COVE’s Reflect hybrid strain, which generally used throughout the day, the Reflect chocolate blunt is made from mouth-watering white chocolate infused with matcha green tea and a hint of mango.

Inspired by COVE’s Rest indica strain, which generally used in the evening or at night, the Rest chocolate blunt is made from a smooth milk chocolate infused with soothing lavender. 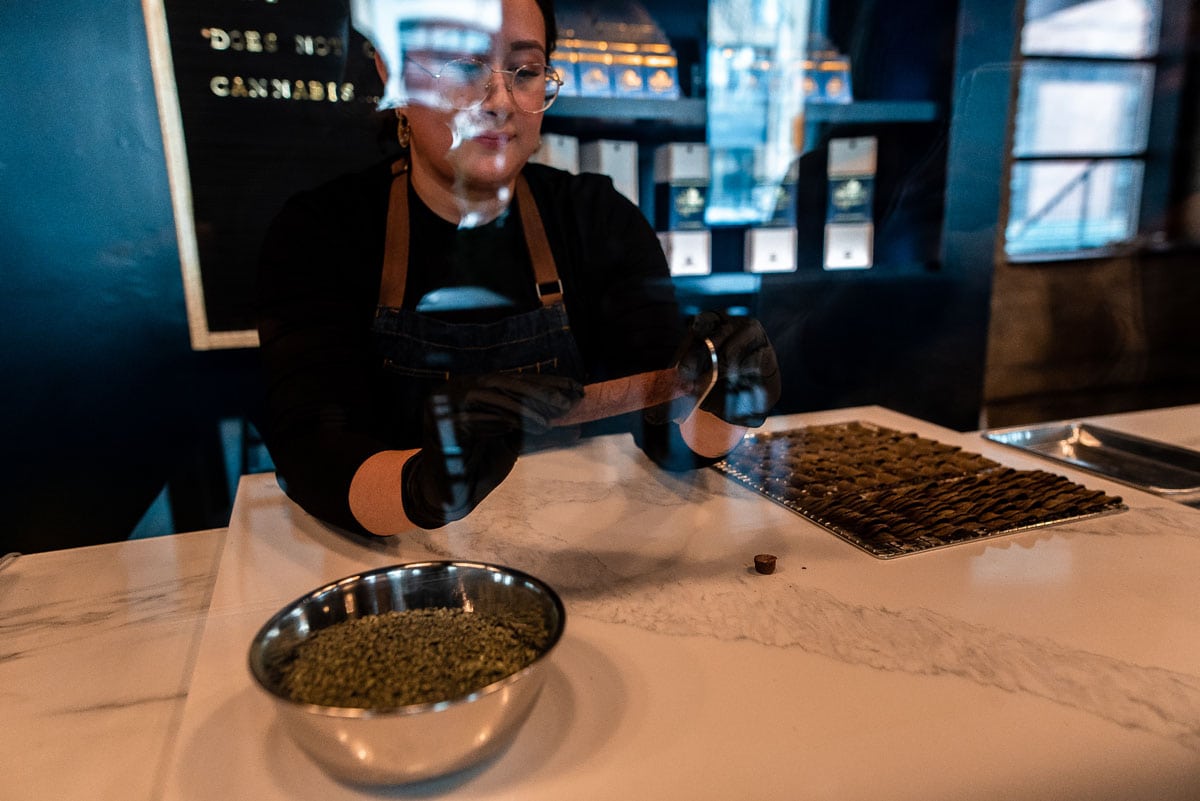 As long as you’re over 19, the above flavours will be available for purchase as either a classic bar ($10) or a sizable oblong blunt ($15). They’re also offering a limited edition dark chocolate bong ($80). The blunts look eerily real!

Shoppers have until Sunday, September 16, to pop by to explore the space, try a sample and pick up a beautifully packaged chocolate (or three). Because let’s get real: is there a better gift for all the cocoa-loving consumers in your life than a decadently edible blunt?