Toronto is known as a city that’s bursting with delicious food options in every neighbourhood. It can be a challenge to visit the restaurants sprawled across a city like Toronto, but some food lovers have figured out a way to make the most out of dining out.

Food influencer Ryan Hinkson says it can be as easy as hopping on public transit. Owner of the popular Instagram account @EatFamous, Hinkson navigates the busy restaurant scene equipped with his American Express Cobalt™ Card. Every purchase translates into Membership Rewards® points, which can be redeemed for almost everything—from travel and movie tickets to gift cards for popular local restaurants and merchandise.

“It makes sense to me,” says Hinkson, who has more than a quarter of a million followers on his social channels. “If I can be rewarded [by earning points] for living my life the way I am, then I’m 100 per cent into it.”

Hinkson started EatFamous five years ago. To ensure he has regular content for his Instagram feed, the 43-year-old spends his weekends visiting multiple spots and earning five times the points on anything he spends on food, drinks and groceries when he uses his Amex Cobalt Card.

On a recent Sunday, we joined Hinkson on a journey through Toronto, enjoying delicious food in four areas of the city: midtown, downtown and the east and west ends. 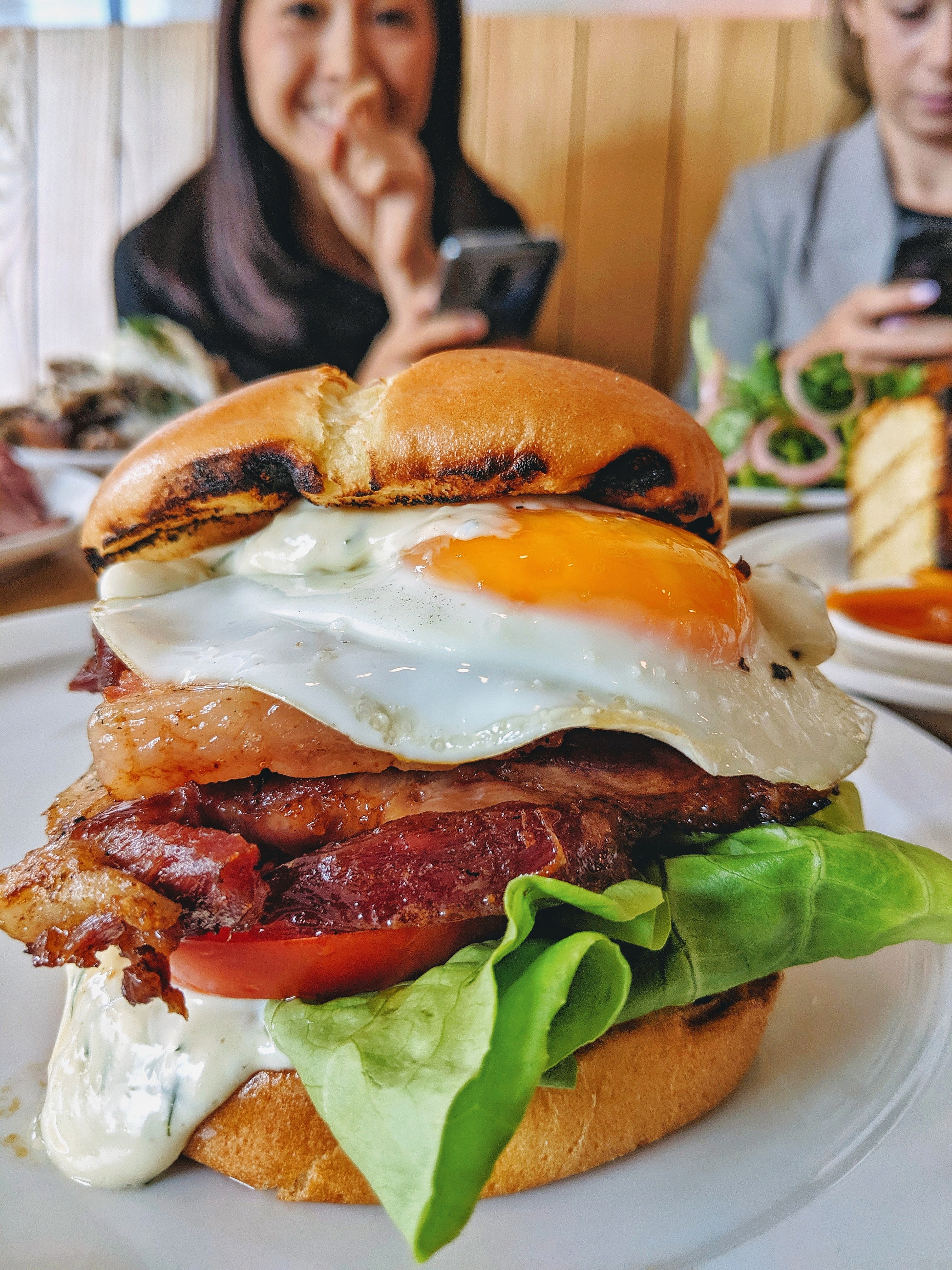 We started the morning at Wynona (819 Gerrard Street East), in the east end of the city. While he lives midtown, Hinkson doesn’t mind travelling distances because he can collect two times the points on eligible travel and transit purchases using his Amex Cobalt Card. He earns points taking the subway, streetcar and bus and by filling up on gas if he chooses to drive.

Combing through the brunch menu, Hinkson settles on the honey-glazed pork belly sandwich and a side of potato pavé.

“I always order what I want to eat, unless someone else at the table gets it first,” says the soon-to-be father, chuckling, noting that the photograph he captures might not end up as nice if he’s not interested in the dish.

When the beast arrives at the table, Hinkson finds the best angle to showcase the oozing yolk of a fried egg over crisp bacon shards, buttery bibb lettuce and an unctuous pork belly slab that’s all nestled between two halves of a soft brioche bun. 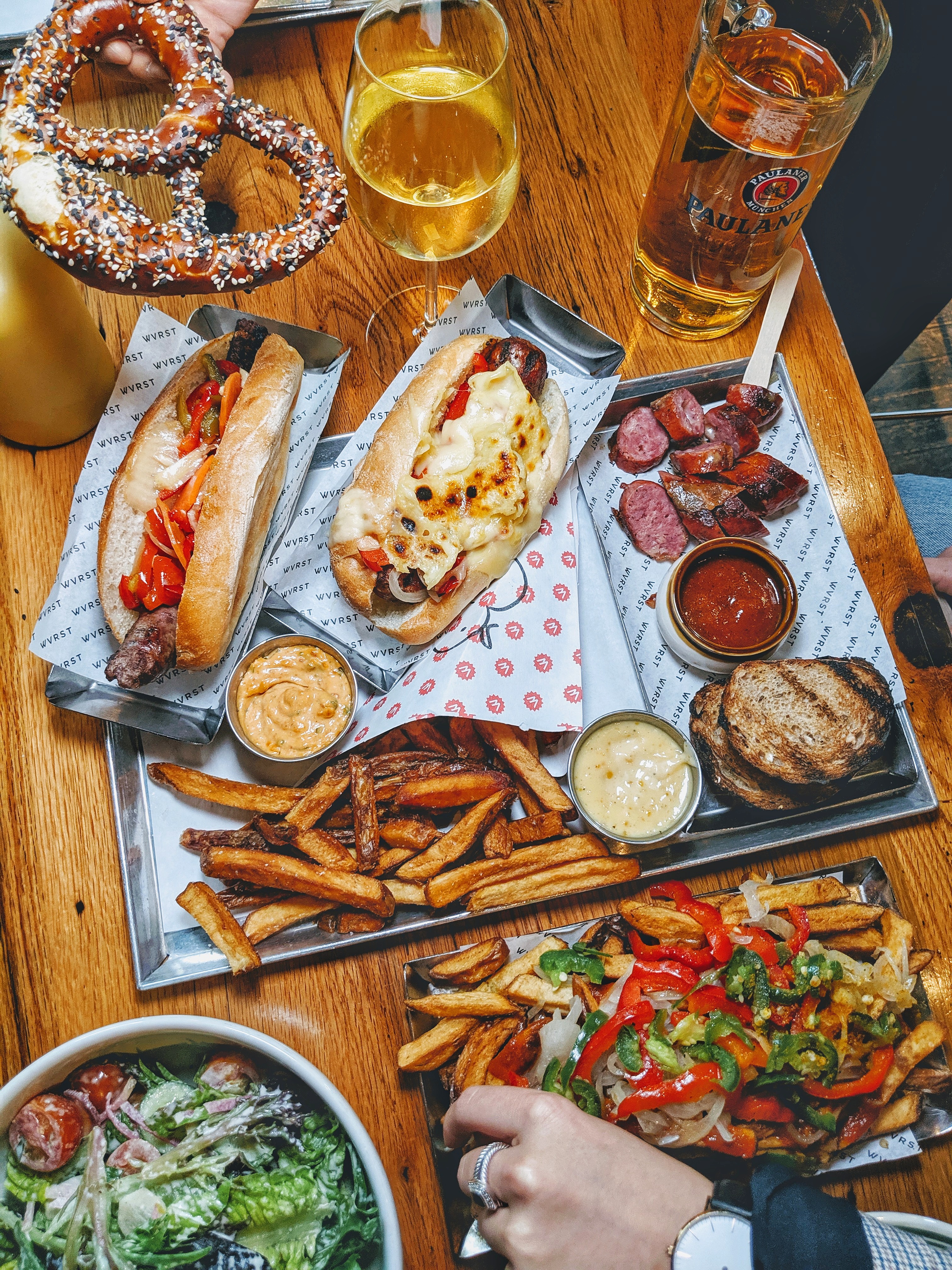 Crossing the city to WVRST (609 King Street West) for a midday feast, Hinkson explains that ordering a spread is the best way to sample the vast selection of sausages and Belgian-style fries served by the Bavarian-inspired beer hall, and it also makes the best photograph.

“I try to make [it] look like you can sit at the table and join in,” shares Hinkson. “Even if I’m by myself, I want a full table so there’s a feeling like it’s a table with a bunch of people.”

To achieve that look at WVRST, Hinkson fills a tabletop with fresh handmade pretzels, a fully dressed traditional pork chorizo in a bun, Berkshire pork sausage, bite-size pieces of cheesy smoked kaas, dirty duck fat fries covered in Swiss raclette and a bowl of leafy greens. Before snapping a shot on his mobile phone, he rearranges a few plates and then pulls out a portable LED for extra illumination. 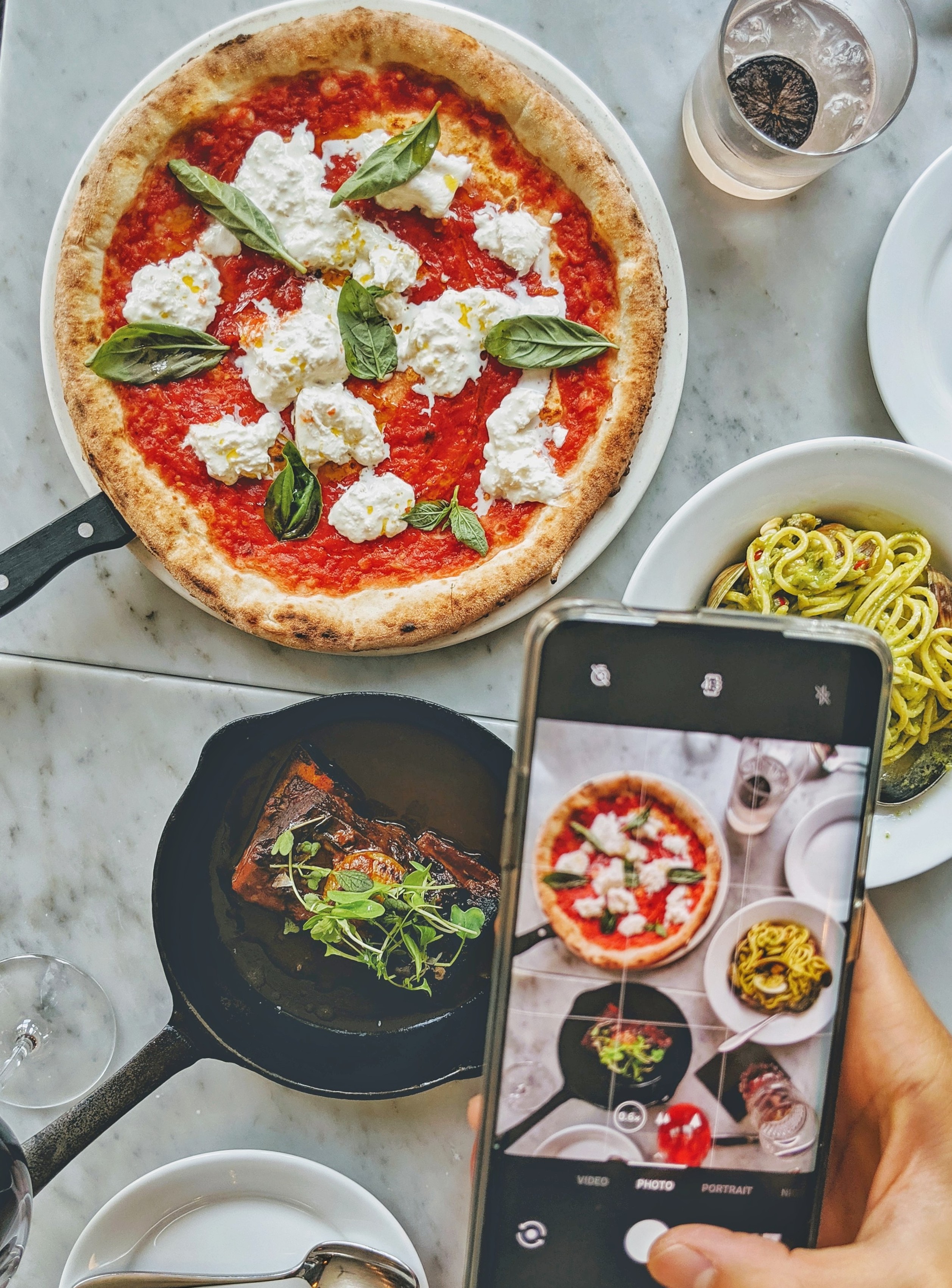 The west end’s charming Annette Food Market (240 Annette Street) is next. The restuarant is known for cooking food over a wood fire, and Hinkson orders a tomato and basil pizza topped with fior di latte and tender braised short rib—one of his favourite foods. Over sips of Amarone, Hinkson shares some of his strategies for accomplishing another goal: redeeming points for a return trip to Florence.

“I had the greatest sandwich of my life [at a restaurant] there,” he confesses. “I picked something basic, but the [sandwich maker] looked at me and goes, ‘No, I’m going to make a sandwich for you.’ Before I finished it, [I was] already lining up for another one. The next morning, before my train, I went back to have another. He made something different every time. Now nothing measures up.” 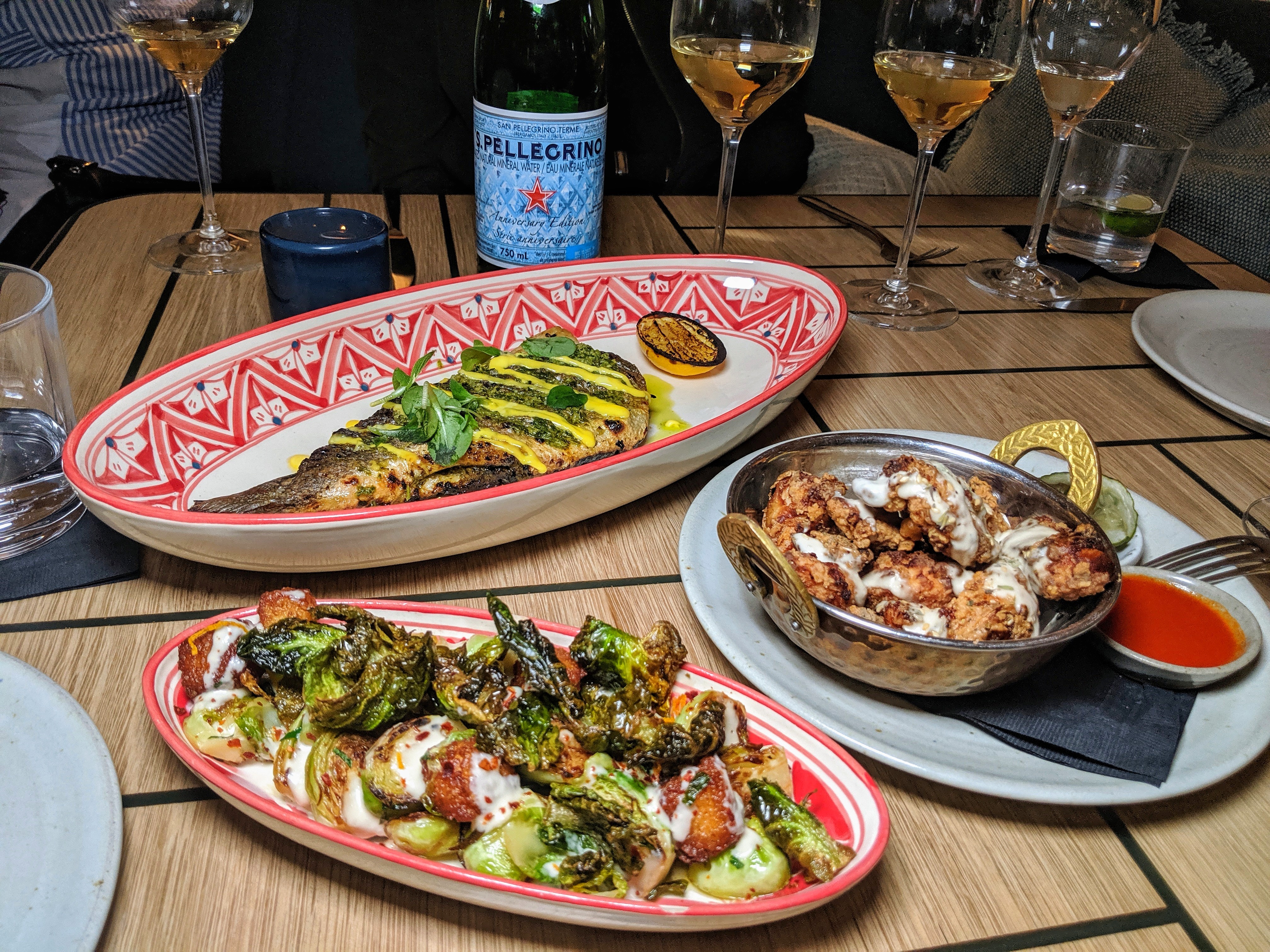 A final stop at Byblos Uptown (2537 Yonge Street) not only introduces Hinkson to the eastern Mediterranean restaurant’s unique  menu items, like a surprisingly delicious tomato cucumber salad that’s tossed with sumac, matzo and pomegranate seeds in a lemon-cacik dressing, and tahini- and za’atar-topped fried chicken, but also a dry white wine from Santorini that he tries for the first time (and loves).

“I was the pickiest eater until my early 20s,” says Hinkson, who usually drinks red wine. “There’s an assumption that things you’re not familiar with are gross, but you have to change your mindset.

“I already love trying different things, but having a card with so many benefits has turned me into quite the culinary risk-taker. [Earning] five times the points makes creating new experiences a no-brainer!”

To learn more about the Cobalt Card, visit here.