Back in the day, when our ancestors attended sporting events, they were satisfied with the slimmest of culinary pickings—hot dogs, popcorn, beer. Simple stuff. The whole point was to pay attention to the game, right? But times have changed, and so has the food. At Scotiabank Arena, you can now root for the Raptors, the Leafs or Lizzo while scarfing down charcuterie, a Korean corn dog or an upscale McRib from a Michelin-starred chef. Here are all the new edible offerings at the arena, ranked. 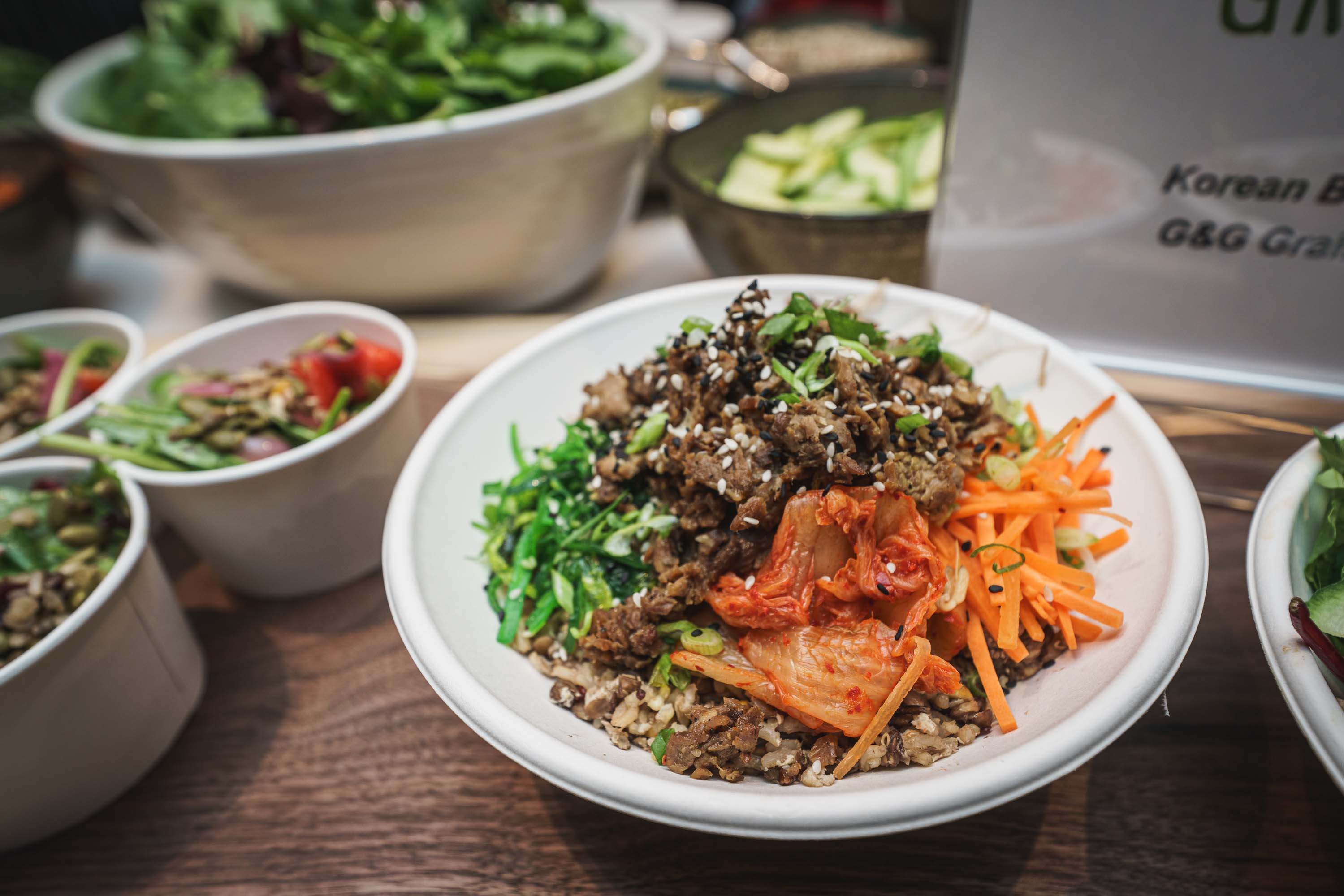 11 Grains and Greens is new to Scotiabank Arena, replacing Freshii as an option for attendees seeking something healthier. The Korean beef bowl is a totally forkable and filling mix of soy-glazed beef, sprouts and kimchi. 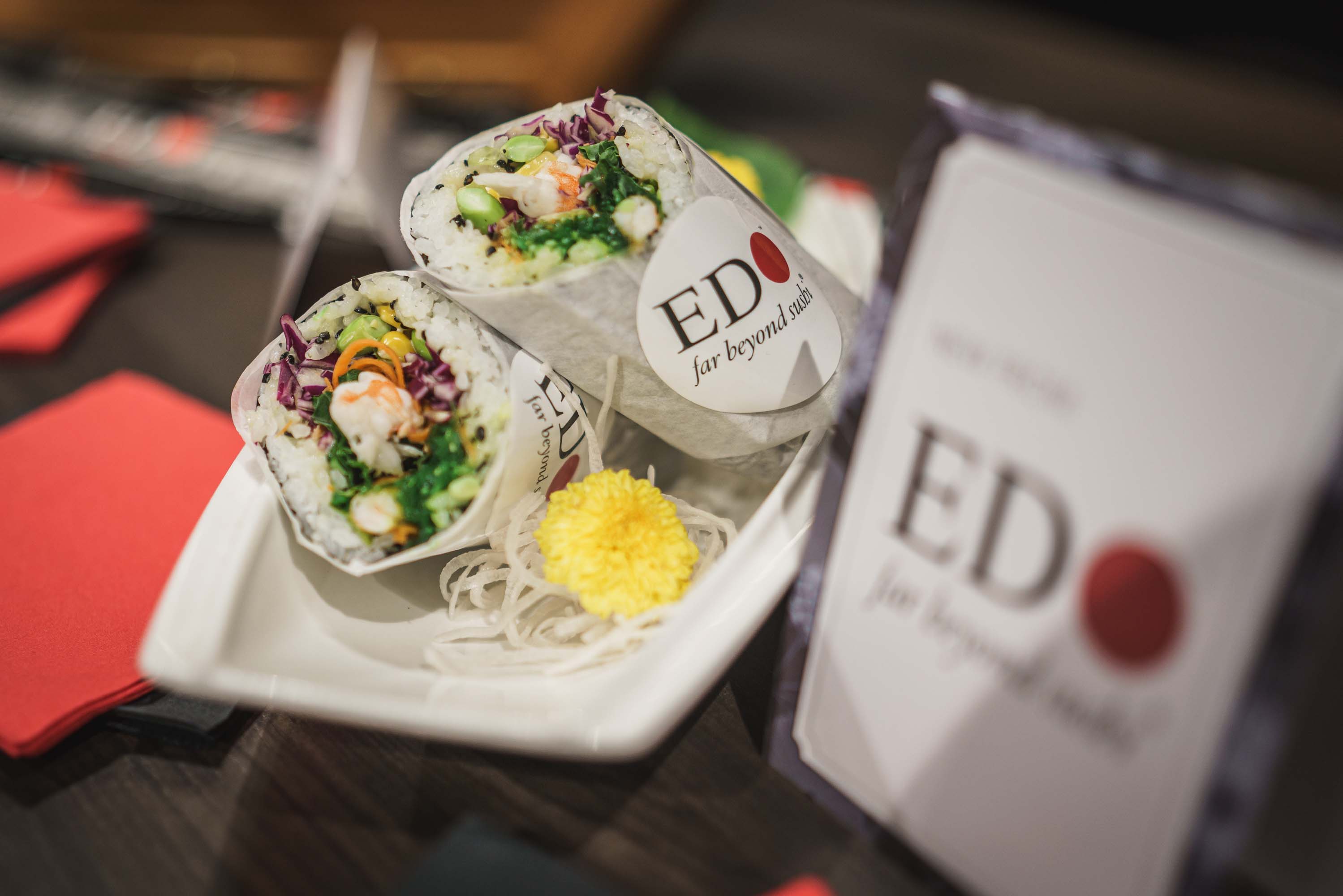 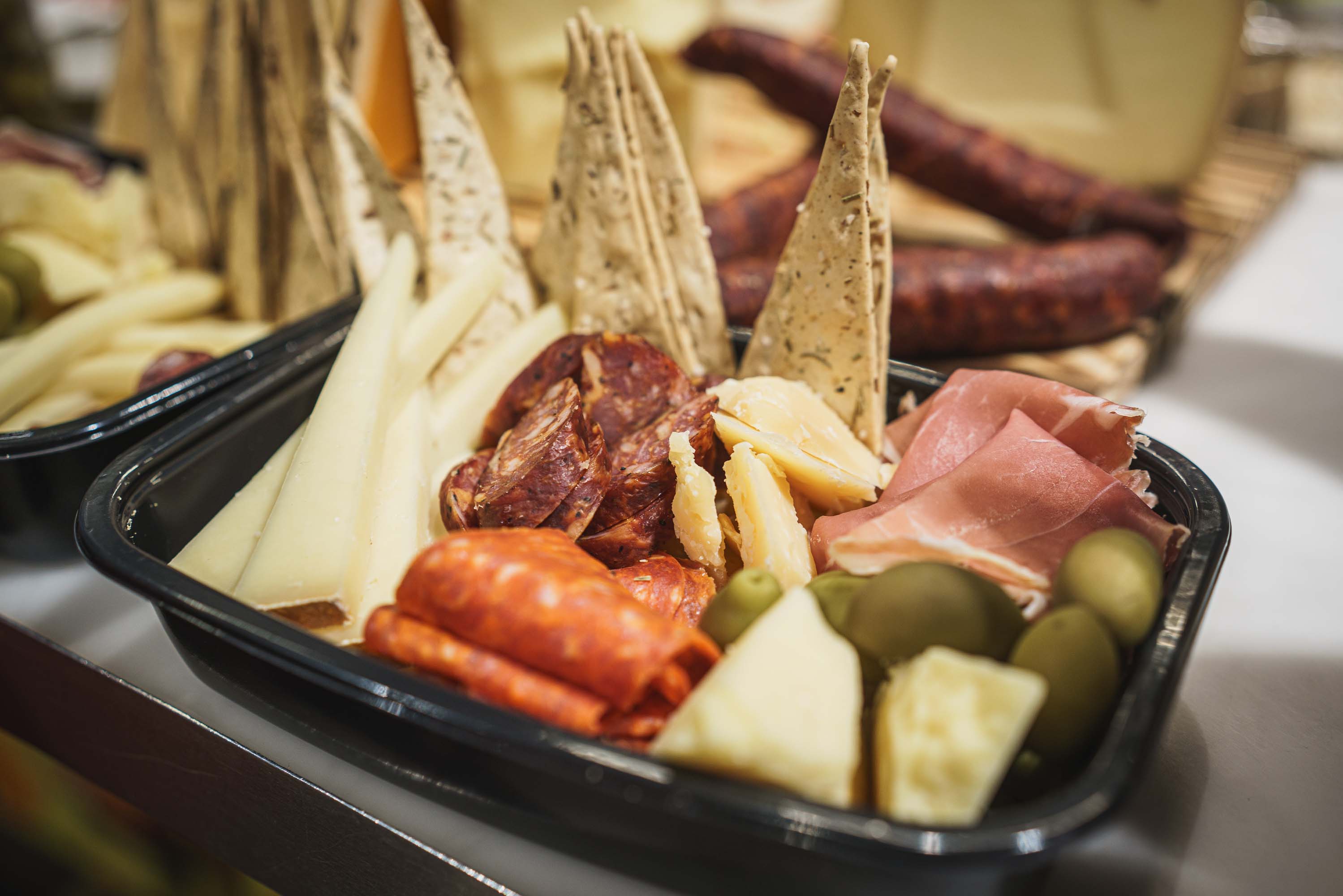 The Cheese Boutique’s charcuterie board

9 Toronto’s de facto cheese man, Afrim Pristine, is bringing his finest fromage to the arena. The charcuterie board, which serves three people, features what Pristine says are some of the best cured meats and cheeses on the planet: two-year-old prosciutto, three-year-old gouda, four-year-old Québécois cheddar and olives from southern Italy. At $25, it’s a costly snack, but that includes delivery (to your seat). 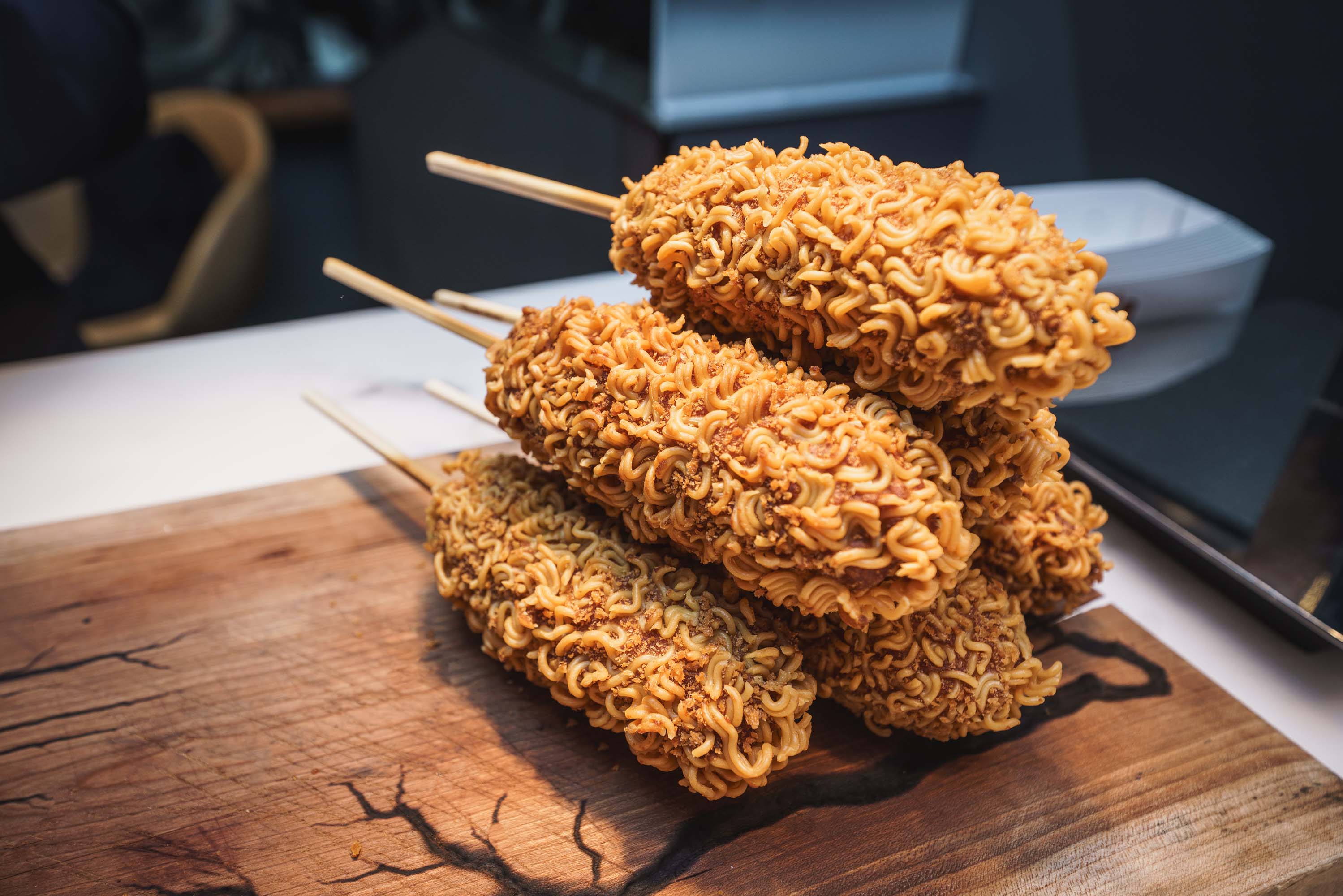 8 By now, Torontonians are pretty familiar with the Korean corn dog phenomenon—it was only a matter of time before the battered, deep-fried wieners infiltrated our sports arenas. These ones are covered in ramen noodles, lending the exterior some extra crunch. Fans can choose to dip theirs in ketchup, mustard, sweet chili sauce or spicy mayo. 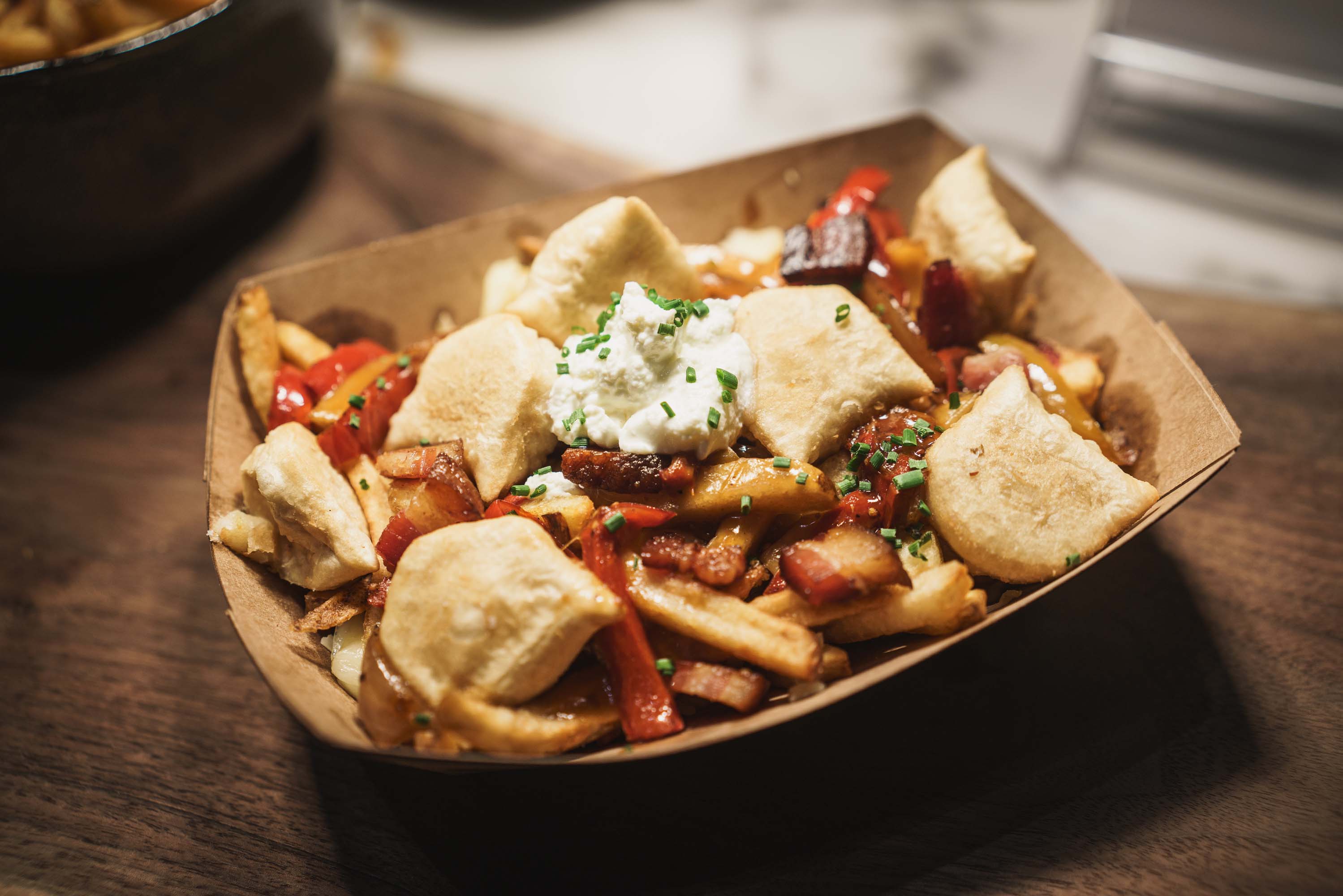 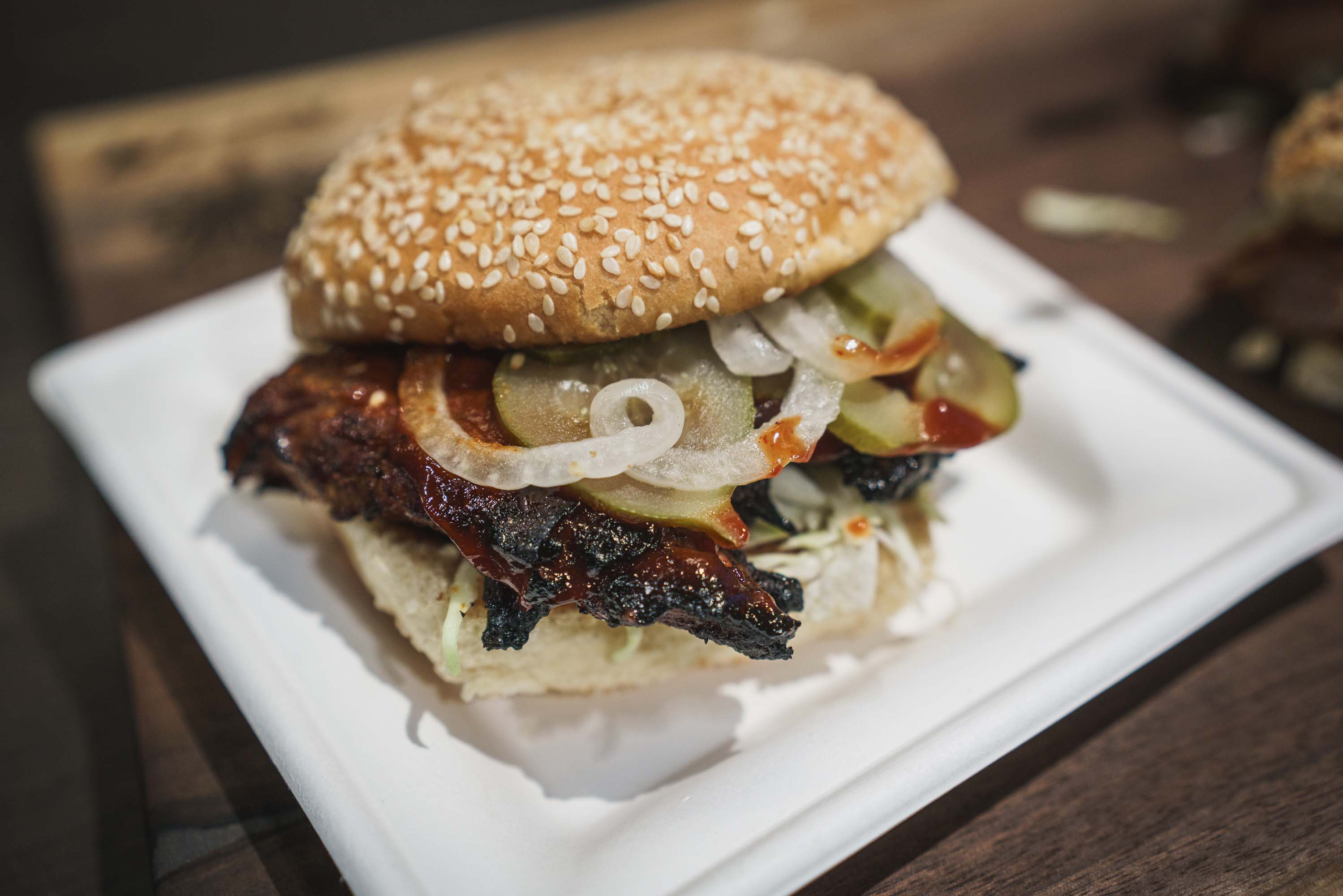 6 It may be next to impossible to get a reservation at Alo, but it’s easy to get Michelin award–winning chef Patrick Kriss’s food here (though we’re guessing it will cause quite a lineup). The offering: Kriss’s take on a McRib. They take Spanish pork, slow roast it, slather it with Kansas City–style barbecue sauce and top it with slaw and pickles to cut through all the sweet-and-salty meat. 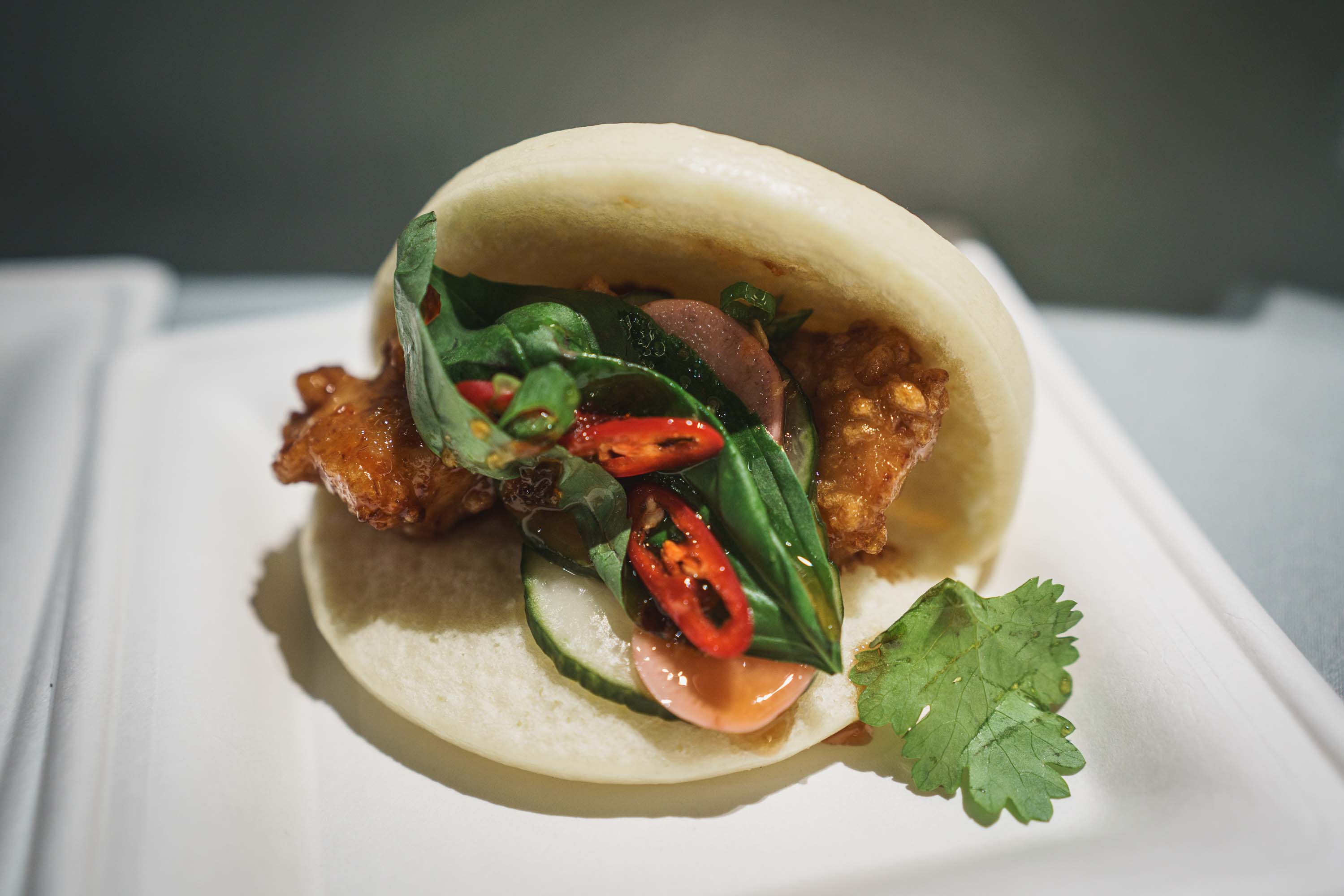 5 Crunchy Japanese fried chicken tossed in a sweet-and-spicy sauce and garnished with basil, cilantro, cucumbers, radish and chilis, then tucked into a warm and fluffy steamed bun. The result: an absolute delight of textures and flavours. 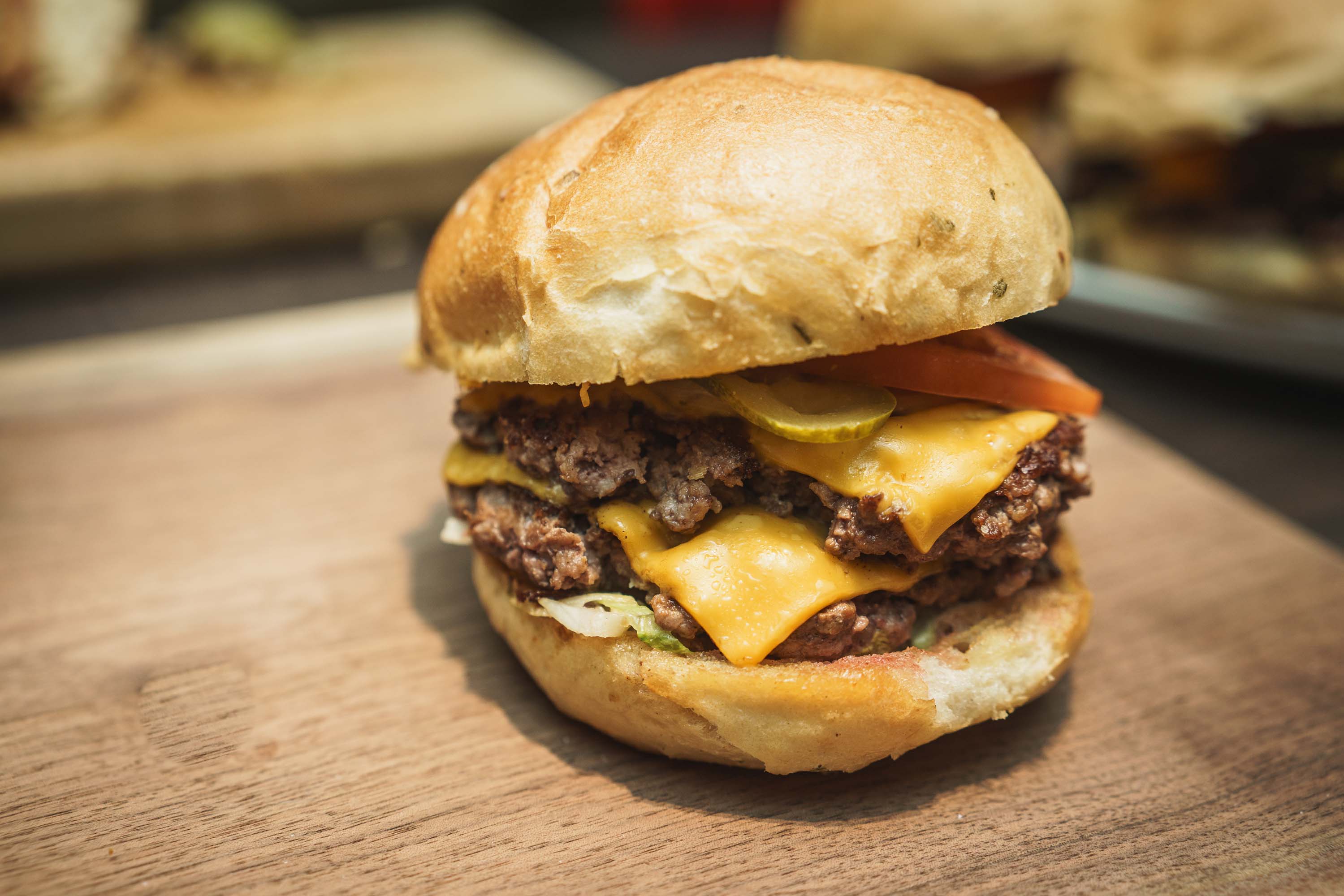 4 Bib Gourmand award-winning chef Lawrence La Pianta is bringing even more Michelin energy to Scotiabank Arena. This is the double-stack burger, La Pianta’s version of a Big Mac, made using brisket trimmings. He just adds cheese, salt and onions before smashing it into submission. 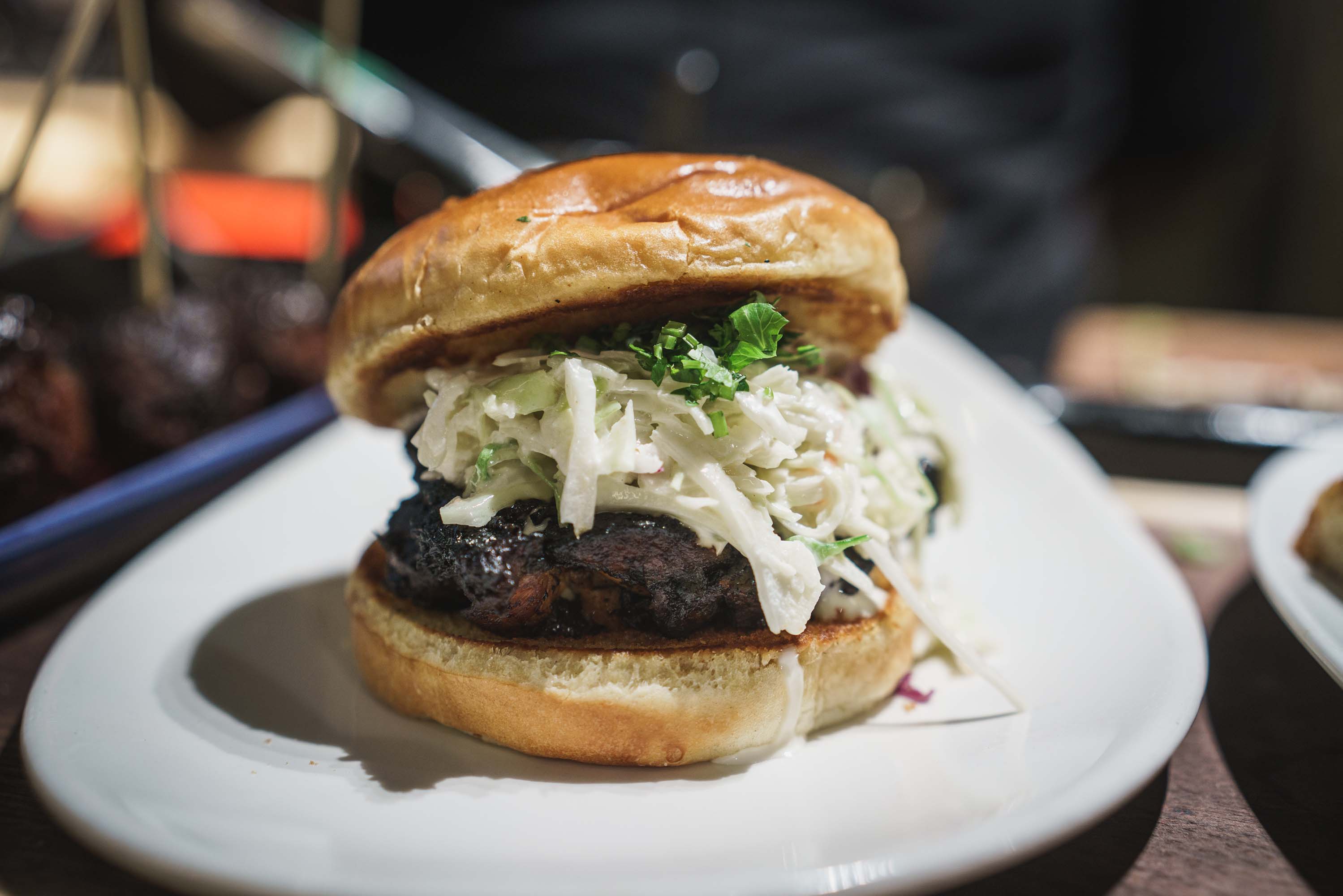 3 This sweet-and-spicy sandwich gets a crazy amount of kick from a scotch bonnet–based sauce, but the creamy coleslaw is there to put out the fire. When it comes to staying warm during a hockey game, this blows arena hot chocolate out of the water. 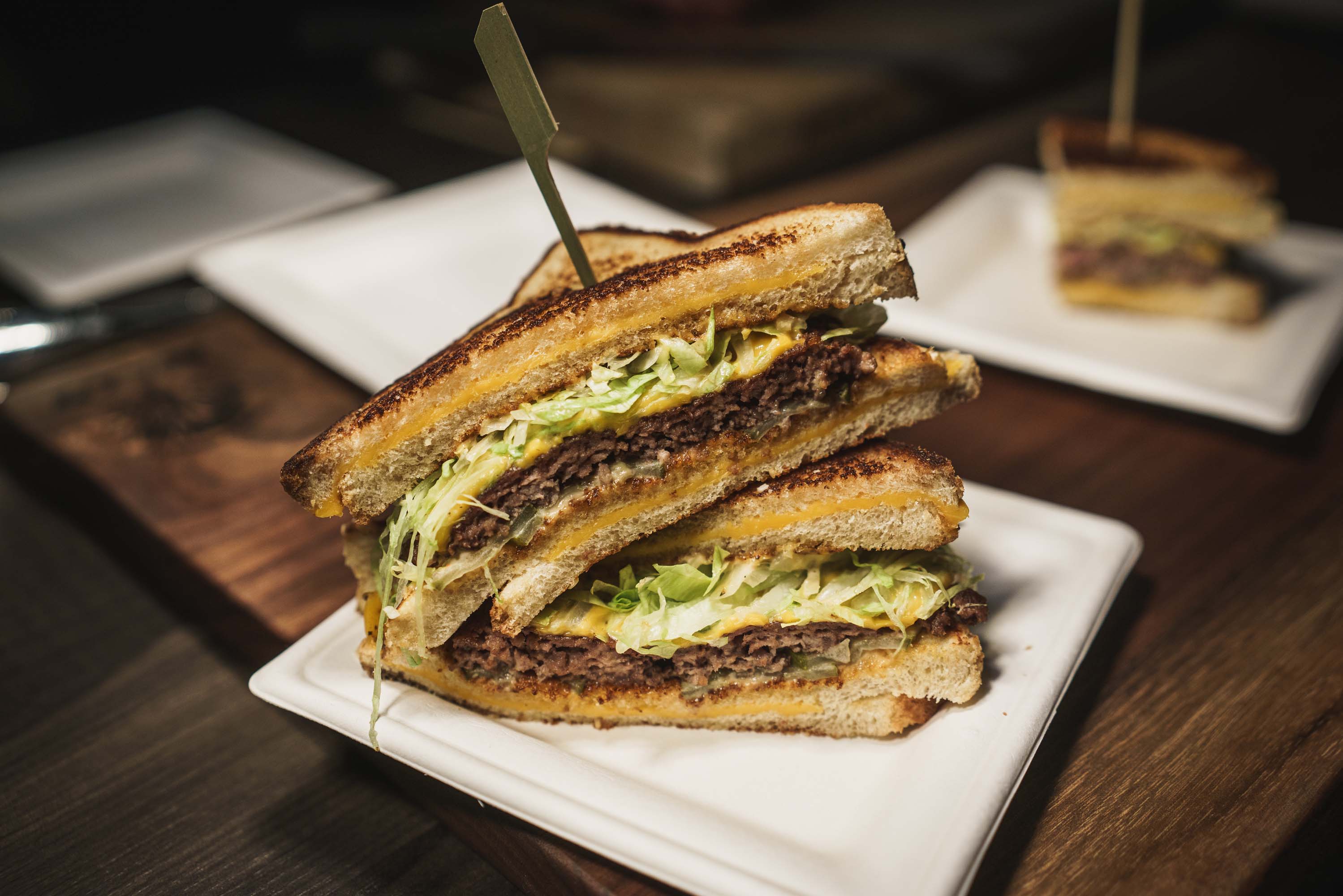 2 Health enthusiasts look away. The people at St. Patties took a five-ounce brisket burger, topped it with slices of American cheese, pickles, shredded lettuce and special sauce, then shoved it all between two grilled cheese sandwiches. We apologize to your arteries. 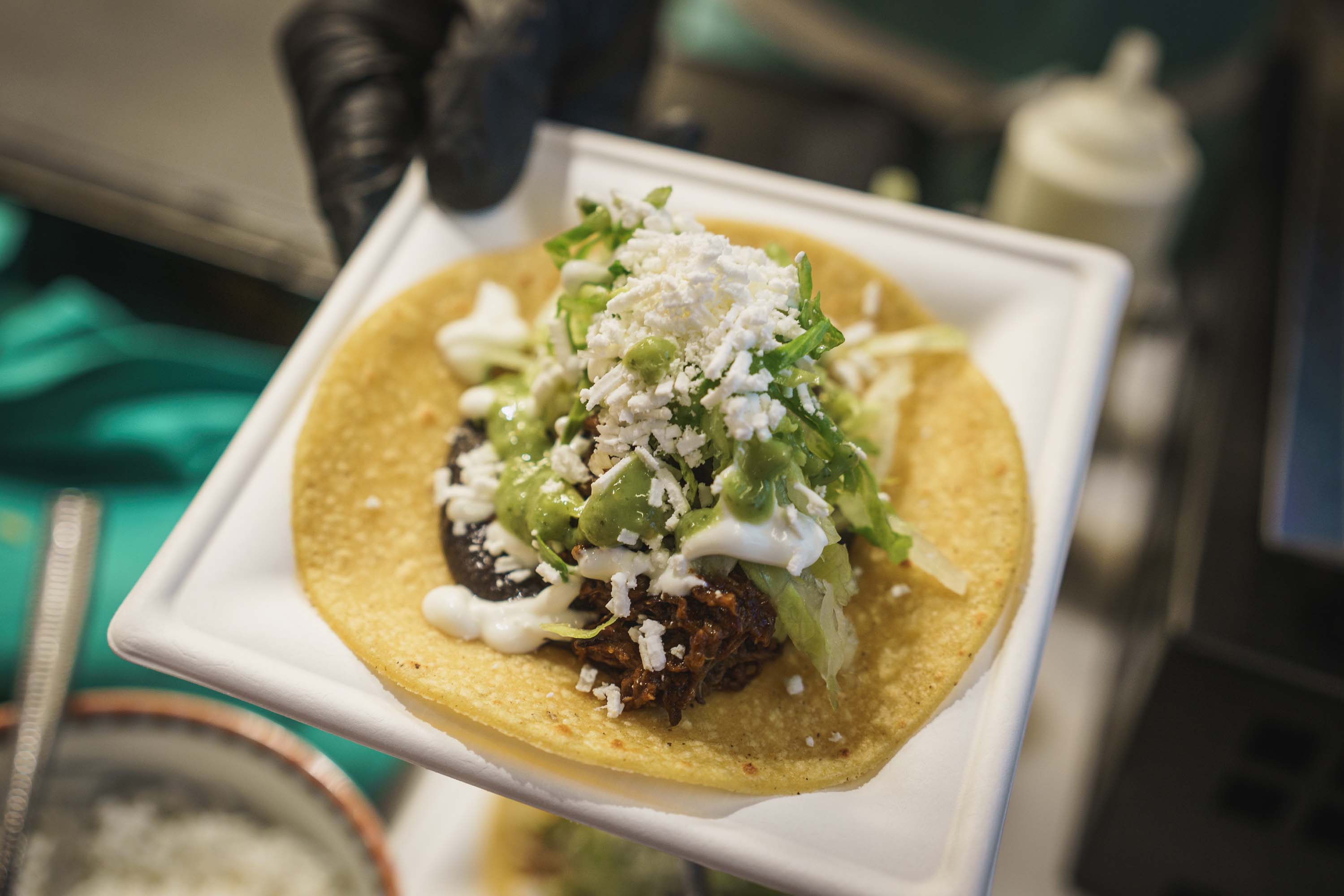 1 These tacos from Colibri chef Elia Herrera taste like they came straight from a Mexico City street vendor, earning them the prestigious top spot on this list. The brisket, marinated in pasilla adobo for a nice smoky flavour, is piled with lettuce, Cotija cheese, onions, cilantro and salsa verde on a corn tortilla swiped with refried beans.