12 of Toronto’s most sought-after bags of chips

12 of Toronto’s most sought-after bags of chips 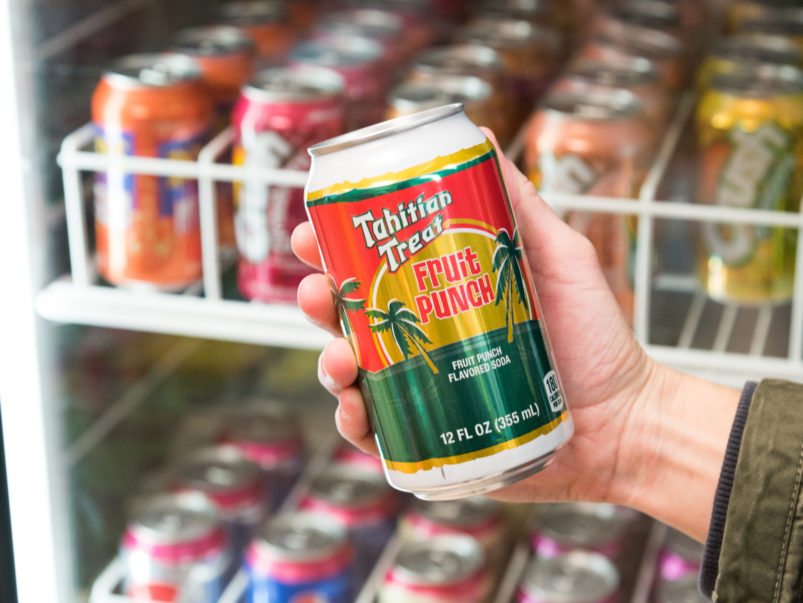 There may be no snack more versatile, or accessible, than the humble chip. What else can promise such a range of tastes for less than the cost of a subway ride? Here in Toronto, we’re spoiled with a vast supply of chip varieties from all over the world—from Korean honey butter to our beloved Canadian ketchup. Here, 12 of the most finger-licking flavours that can be found across the city.

E Mart is among the largest grocers in South Korea, and its house-brand chips are the rough equivalent of our NoName variety. But their no-frills origins haven’t stopped them from reigning supreme. They’re made with airy rounds of puffed tapioca that evoke the taste of sweet shrimp meat without being fishy, and a touch of garlic and butter pushes them to a higher realm. Find them at Galleria Supermarket.

These crinkle-cut chips are hell in a bag for the spice averse, packing an inferno up there with authentic hot pot. They deliver the meaty complexity of Chongqing-style broth with the ear-ringing bite of garlic, chili and Sichuan peppercorns. Find them at Ding Dong Exotic Sweet.

There’s a caramelized sweetness to this limited-edition slice of Canadiana that’s more akin to roasted San Marzano tomatoes than ketchup found in the communal pump at Burger King. These Doritos have even inspired a resale market on Amazon and eBay, with some sellers charging up to $12 for a bag. Find them at Dollarama.

Honey butter chips sold out almost instantly when they were introduced in South Korea in 2014. The scarcity spawned a viral honey butter craze, encouraging YouTubers to post homemade recipes while bags of the store-bought variety sold for up to three times the original price online. But for all their hype, honey butter chips are decidedly ordinary. And weirdly enough, that’s what makes them great. The salt is sharp, the butter softens its edges, and the honey makes it all make sense. Find them at PAT Central.

These unexpected (by North American standards) chips contain the perfect marriage of corn and… more corn. For the uninitiated: Cantonese corn stew (yu mi geng) is the richer, more savoury cousin of Chinese egg drop soup, made extra thick with shredded chicken and cornstarch. The end result is corn morsels that taste like they’ve bathed in yu mi geng, while miraculously maintaining their crunchiness. Find them at Galleria Supermarket.

Named after the Hindi word for “crunchy,” Kurkure is essentially India’s version of Flaming Hot Cheetos. They’re made with rice meal, chickpea meal and corn meal by Frito-Lay. But the chips are less cheesy and more spice-driven than their North American counterpart. Each chiselled puff sings with fenugreek, coriander, turmeric and a hint of fire. Find them at India Bazaar.

It’s easy to draw comparisons between Crown Churro Chips and Cinnamon Toast Crunch, but these Korean-born chips are so much more than a breakfast alternative. The packaging includes a map of Spain, providing an impromptu lesson in churro geography, even though the chips are much closer to Mexican churros, encased in a crackly sweet cinnamon sugar glaze. Find them at PAT Central.

Made in homage to the spicy rice cakes popular as street food in Korea, these chips pack enough heat to satisfy spice lovers while still appealing to chili novices. They come complete in the bendy shape of rice cakes floating in a tteokbokki stew, while the grooves in each morsel expertly trap little bits of fiery gochujang flavouring. Find them at PAT Central.

Where some salt and vinegar chips can taste metallic and unnatural, Walker’s Salt and Vinegar are sweet and sharp. Their focused vinegar flavour is amplified with a sprinkle of citric acid, giving the chips a mouthwatering acidic punch that makes them impossible to put down. Find them at Bulk Mine.

Visually, it’s impossible to tell the difference between these and plain potato chips. But, perfumed with the aroma of warm steamed milk, the rich scent of Lay’s Cherry Blosson Milk chips gives them away. The bright floral taste is more blossom than cherry, but it all adds up to the snacking equivalent of sipping a latte while watching the little pink buds bloom in the spring. Find them at Ding Dong Asian Snack Centre.

Twice the size of your average Dorito, these jacked chips are fried crisp around the edges with a pliable, meaty corn centre. They’re drenched in pungent garlic powder with a shrimp flavour that stands glossily aloof from the other ingredients. It’s shockingly subtle, coming in as an aftertaste that tempts you to go in for another bite. Find them at Ding Dong Asian Snack Centre.