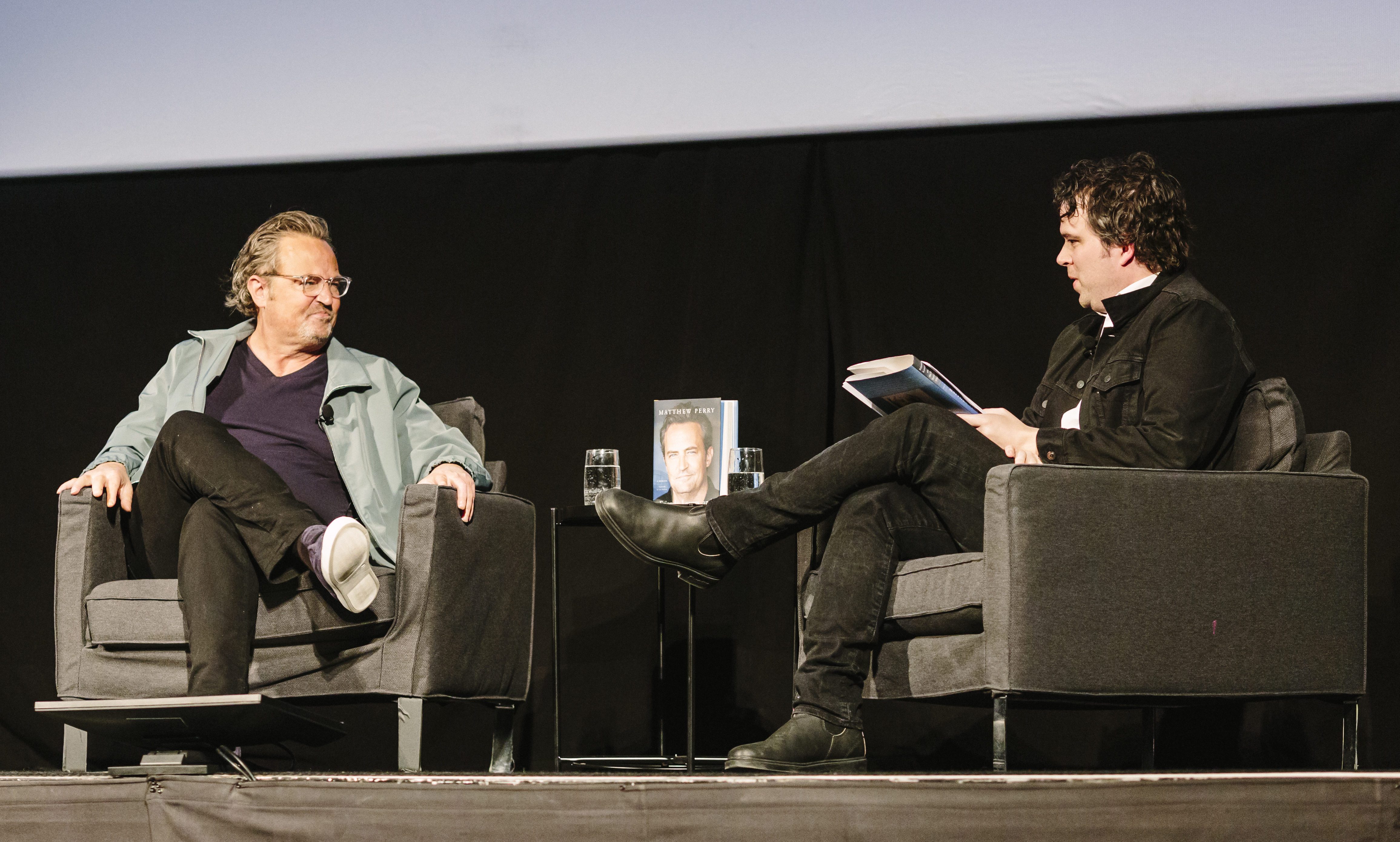 Matthew Perry should be dead. At least that’s what he believes, according to his new book, Friends, Lovers, and the Big Terrible Thing: A Memoir. For Matthew—or Matty, as his closest pals call him—the “terrible thing” is addiction, a struggle that has consumed the former Friends star’s life for nearly 40 years. Last week, in a raw and emotional Hot Docs Author Talks discussion moderated by the CBC’s Tom Power, Perry detailed his journey with substance abuse (alcohol and opioids), fame and recovery. Now 18 months sober, he also spoke about how writing helped him answer the one question that had haunted him for decades since he started drinking: Why am I alive? “Writing the book was cleansing, but reading it was almost impossible,” Perry said on stage with Power. “I thought, ‘Wow, this guy has had the most tortuous life.’ Then I realized it was me.”

Here are 12 things you missed from Perry’s appearance at Hot Docs theatre.

He was prescribed barbiturates at 30 days old.
To cure the Ottawa-raised actor’s colic when he was a newborn, doctors prescribed him the barbiturate phenobarbital (generally used today to treat epileptic seizures). As directed, his parents gave him the drug for 30 days. Though he does not shame his parents for this decision, particularly because they didn’t know the full effects of the drug in 1969, he does believe it had a permanent impact on his sleep, as insomnia is a known symptom of phenobarbital withdrawal.

He had his first drink at 14 years old.
His first experience drinking alcohol was when he was a young teen. “It was Andrés Baby Duck wine,” he said, “and I remember I drank the whole bottle.” Almost immediately, it became clear to him that his body’s reaction to drinking was not like everyone else’s—he experienced a feeling of normalcy after drinking, and life made more sense the more he drank. “I think of alcoholism like The Joker,” Perry notes, “because the Joker just wants to see the whole world burn.” His drinking progressed between the ages of 18 and 20, during which he took great pains to hide his budding problem with alcohol.

His mom worked for Pierre Trudeau.
Perry’s mother, Suzanne, was once the press secretary for former prime minister Pierre Trudeau. Growing up, Perry couldn’t help but notice how magnetic she was when she entered a room—her beauty and success always drew people to her, he says, and he craved her attention as a child.

He once beat up Justin Trudeau (allegedly).
Perry and Trudeau attended the same elementary school, Rockcliffe Park Public School, in Ottawa. While Perry doesn’t recall the exact reason for the altercation, he does remember that his long-time childhood friends, brothers Chris and Brian Murray, helped him do it. Though Trudeau has never officially confirmed this, in April 2017, he did suggest a rematch in a playful response to a clip of Perry telling this story during an appearance on Jimmy Kimmel, to which Perry tweeted: “I think I will pass at your request for a rematch kind sir (given that you currently have an army at your disposal).”

Chandler’s signature cadence was a riff on his banter with childhood friends.
When Perry and the two Murray brothers were kids, they would often use what later became Chandler’s signature cadence (“Could I be any funnier?”) to poke fun at people in their lives. In fact, Perry admitted that he tried to use it on four shows prior to Friends, but it was quickly rejected every time. Perry and the Murrays, who remain close friends, loved seeing their inside joke become a part of Perry’s success.

He almost missed out on Friends to play a futuristic baggage handler.
At the time Friends was being cast, Perry had already signed on for the pilot of LAX 2194, a show about baggage handlers in the year 2194. By the time he learned about the Chandler character, it had already been offered to his friend, actor Craig Bierko. Bierko, however, turned down the role (against friend Hank Azaria and Perry’s advice), and Perry embarked on a successful campaign to replace him. Because of the success of the show, Bierko did not speak with Perry for two years afterward.

He has never watched Friends.
Perry has never seen an episode of his hit show. By his appearance alone—specifically his weight—he can tell which substance he was using at the time, and those memories cause him to avoid the show. In an effort to conceal his disease, he had a personal rule to never drink or do drugs while working, though he often went to work hungover. At one point, he was taking 55 Vicodin a day and weighed 120 pounds. He would like to watch the show someday.

The first time he prayed, he begged God for fame.
The first time Perry prayed was in 1994. “Please, God, make me famous,” he said. “You can do anything you want to me if you make me famous.” He got the role on Friends three weeks later, but he has thought considerably about the consequences of the fame he prayed for in the years since.

He was once given a 2 per cent chance to live.
Perry’s addiction was once so dire that he was hospitalized and put on an ECMO machine, which pumps and oxygenates blood outside the body so the heart and lungs can rest. Doctors gave him a 2 per cent chance of survival and prepared his parents for the worst. Of the five hospitalized patients on the ECMO machine that night, he was the only one to survive.

He was inspired by Michael J. Fox. 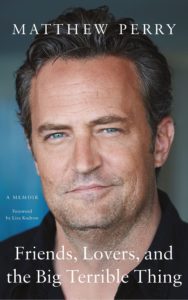 As a child, he dreamed of achieving the same success as fellow Canadian actor Michael J. Fox. Perry had one particular goal in mind: to have the number one show on television at the same time as he had a number one movie in the box office—just like Fox did with Family Ties and Back to the Future. He later achieved this long-time goal with Friends and The Whole Nine Yards.

If his book had a soundtrack, it would be “Don’t Give Up.”
When an audience member asked what the soundtrack to his memoir would be, Perry didn’t hesitate. “Peter Gabriel and Kate Bush, ‘Don’t Give Up,’” he said. The video in particular, where Gabriel and Bush simply hold an embrace for the entire song, speaks to Perry and the struggles detailed throughout Friends, Lovers, and the Big Terrible Thing.

He doesn’t want to be remembered only for Friends.
“When I die,” Perry says, “I don’t want Friends to be the first thing people think of. I want to be remembered as someone who helps people.” For those struggling with alcohol abuse, he had the following advice: Don’t keep it a secret. Raise your hand and ask for help. And don’t leave an AA meeting until you know when the next one you’re attending is.