“This is like a musical hug”: How the Toronto Symphony Orchestra created one stunning performance from 29 separate locations

“This is like a musical hug”: How the Toronto Symphony Orchestra created one stunning performance from 29 separate locations 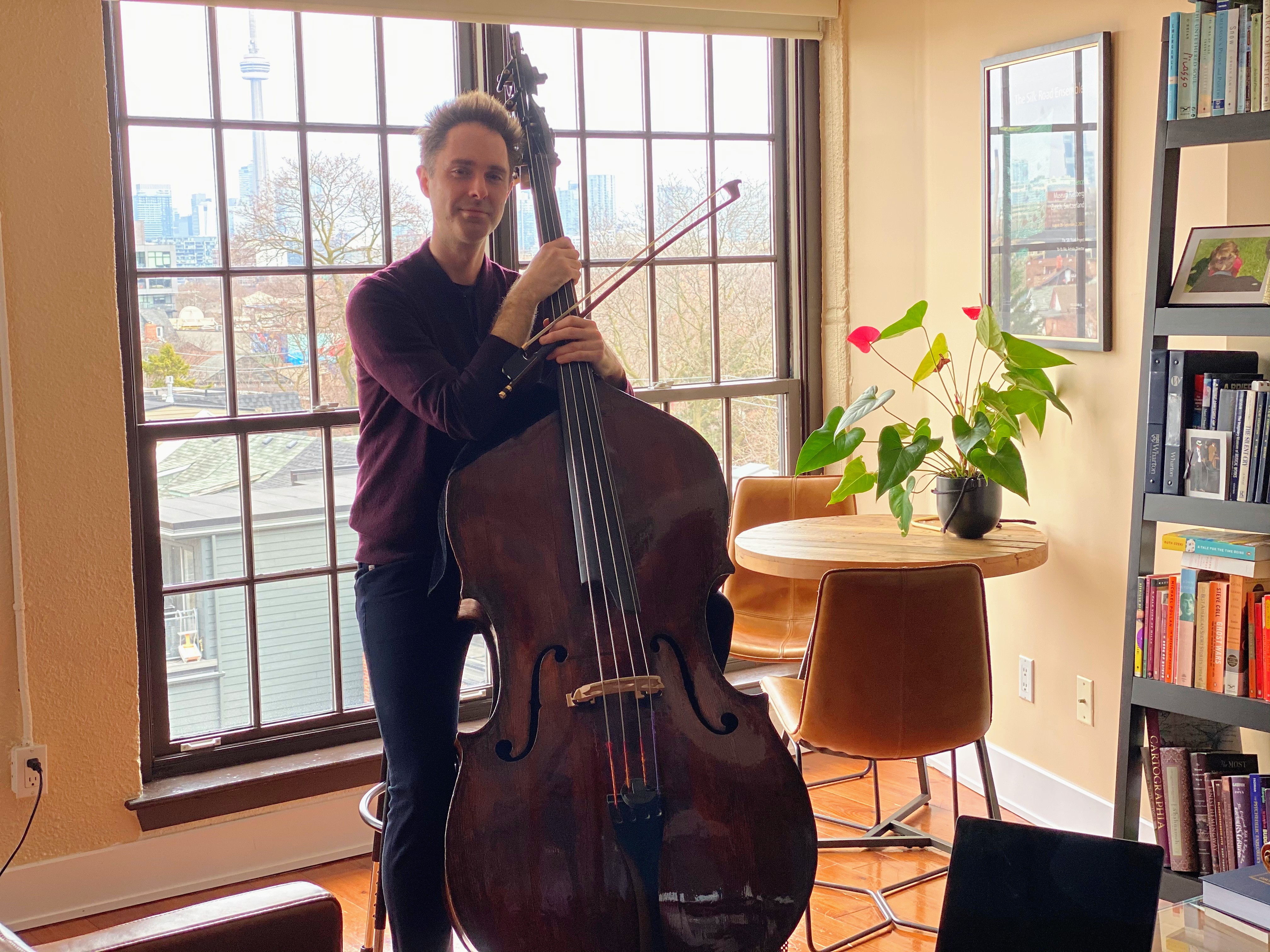 I’m the principal double bass for Toronto Symphony Orchestra, and on March 13—Friday the 13th—we got an email telling us that the TSO had shuttered. Like most people, I felt inertia and shock at first. Like, what does this mean? I’m a news junkie and I was glued to the news, but I was still trying to practise my craft. I’ve been doing this every day since I was a kid—playing my bass, doing my exercises.

But I was missing my colleagues and the vital nutrient of sharing live music with audiences in Toronto. And I was plagued by this existential question that we’re now all asking ourselves in every medium and industry—how can I help? As a cultural worker, in quarantine, how do we respond? I had some skills. Not just in terms of being a musician, but also an arts leader: for the last two and a half years, I’ve been artistic director at Yo-Yo Ma’s Silkroad in Cambridge, Massachusetts. It’s basically an all-star team of musicians who get together to demonstrate that globalization is not a scary thing. I was on Zoom long before we all had to be.

Last Thursday, on the first day of spring, I was on a call with some friends at the TSO. I was like, “Guys, I think I can do something.” I wanted to get several of my TSO colleagues together to perform, separately, on video, from their home studios, the “Simple Gifts” melody that Aaron Copland uses in “Appalachian Spring,” and I would put it together. It was written during World War II in response to the GIs coming home and millions of deaths. Copland was commissioned by Martha Graham; the original title was “Ballet for Martha.” Copland has this unbelievable ability to take the dissonance of that time period and transform all that sadness into love. It goes from melancholy to joy and community and prosperity.

I’m the driving force behind the TSO musicians’ Instagram account, and I’ve created a lot of things in the past: once I asked 15 musicians to put their phones on during our dress rehearsal and I stitched all their video together. This time, I spent about 12 hours listening to the score and transcribing every separate part into a software program so I could create a click track like you’d have in a recording studio—that is, a synchronized metronome. But a click can feel very isolating. The MP3 I sent the musicians—there were 29 of them—had all the parts in addition to the metronome, so they could experience the warmth and comfort of all the other voices. Then I asked them to flip their phones around, put in their ear buds, press record and send me the file. I cut it together to look as if we’re playing together—it’s a bit of sleight of hand.

For past videos, I’d used decent apps—like $5.99 apps. On Thursday, I was like, Okay, time to put on my big-boy pants. I bought Final Cut Pro for $299. I started getting the videos on Friday and then I worked for 48 hours straight. My girlfriend would be like, “Here’s pizza, you need to eat.” Then I would turn around and it would be morning. I gave myself the deadline of Sunday at 9 a.m. to get the video out on social media.

I felt a calling to do this. As much as we’re all connected now on our phones, we can’t get what we need, which is a hug. This is sort of a musical hug. And thinking of Martha Graham’s choreography, I wanted the images to dance. For what it’s worth, I also thought this would be a very hummable hand-washing song.

I could have spent another 48 hours polishing, but I had this self-imposed deadline—it just had to go out. I know there are a million blemishes, but perfectionism is not the point. I was crying while I was watching it. I’m proud of it. One reason why the video is so powerful is not in all those isolated videos, but rather in the unification at the end, that last Brady Bunch screen—it’s a demonstration of community. It got traction instantly, and oh, to hear the comments coming in. The most meaningful was from a mom on Facebook. “My daughter was having a really hard time the other day and she stormed into her room crying,” she wrote. “And then I heard this music coming out—her music teacher had sent it to her. And she came out and gave me a big hug.” I’m, like, hashtag mission accomplished. Because that’s what we’re supposed to do: help our communities get through tough times like these.