When Margaret Atwood published The Handmaid’s Tale in 1985, she gave the world a dystopian masterpiece: the story of a woman named Offred who’s only purpose in the theocratic Republic of Gilead is to get pregnant and be a surrogate for her new owners. The book is back in vogue in a big way, thanks to a certain U.S. president (his name rhymes with Grump) and a new TV adaptation that premieres in Canada this Sunday. Here, aspiring Atwood aficionados, we pinpoint five major ways that the two-hour premiere differs from the novel. Spoilers ahead—obviously. 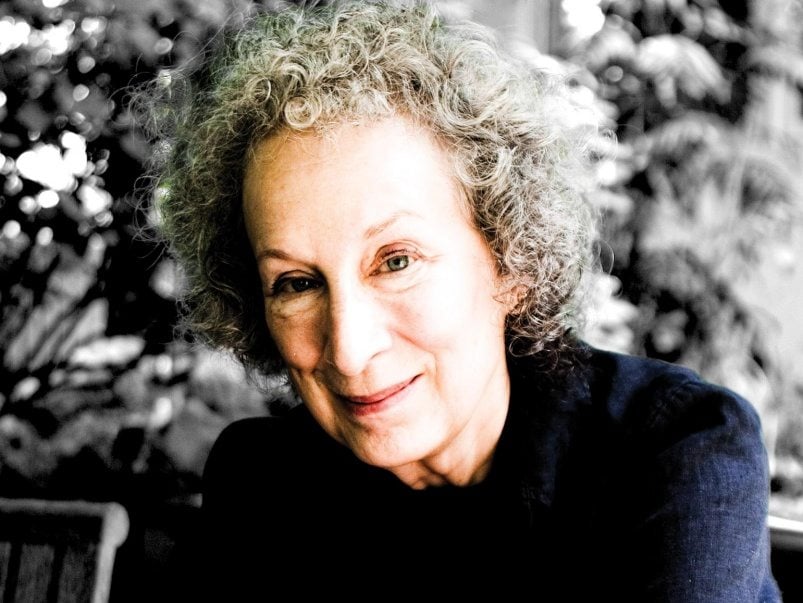 On page: Offred is Offred, period. In the book, Offred (literally, of Fred) never mentions her real name or that of the daughter who was taken from her. Close readers have found cryptic clues that Offred’s real name is June, though, and she does share the name of the man she loved, Luke. “I tell myself it doesn’t matter, your name is like your telephone number, useful only to others,” Offred thinks in the book. “But what I tell myself is wrong, it does matter.”

On screen: At the end of the first episode, Elisabeth Moss’s Offred scratches all of that, saying: “His name was Luke. Her name was Hannah. My name is June.”

On page: No one in the novel is given a specific age, but there are hints. Commander, Offred’s owner, is described as a “grey-haired” and “neat” old man. His wife, Serena Joy, seems to be in late-middle age: she uses a walking cane, her waist is “thickened,” and Offred’s first impression is that Serena Joy “must once have been fine and was still finely kept.” Offred, initially wary of the couple, slowly learns to sympathize with Serena Joy and use the Commander for her own gains.

On screen: Commander (played by Shakespeare in Love’s Joseph Fiennes) and Serena Joy (Dexter star Yvonne Strahovski) aren’t exactly what you’d call…thickened. They’re young, gorgeous and almost instantly sympathetic, something that happens much later in the novel. Serena Joy is routinely humiliated in her own household, making the audience feel for her, while Commander has a sad half-smile from the moment he steps on screen, giving him an immediate sensitivity. Oh, and any character without potential for glamour has been cut—better luck next time, Cora the kitchen maid.

On page: As the narrator, Offred bounces back and forth between present-day Gilead—where we read about a Birth ceremony, monitoring, Offred’s assigned home, and the Red Centre, where Handmaids are brainwashed—and her past. When she’s alone, she recedes deep into her mind, pulling up anecdotes about a time when she was in love and had a family and a job.

On screen: Flashbacks get more play in the first few episodes than they did at the beginning of the book. (For example, a flashback that Offred has several chapters into the novel—of her disastrous attempt to escape Gilead—is the show’s opening scene). The chronological treatment gives the audience a better, quicker grasp on how June-from-back-then contrasts with Offred’s new, nightmarish life. Also, in the book, Offred is caught by the Red Centre before her friend Moira (Samira Wiley); it’s the opposite order in the show, which lets that Moira walk Offred (and the audience) through the horrors of being a Handmaid.

Ofglen gets fleshed out

On page: Little is known about Ofglen, the Handmaid assigned to accompany Offred on all her errands (Handmaids always walk two by two). Still, she becomes a compelling character as a member of Mayday, the covert resistance against Gilead, whose survival instincts and knowledge help Offred. Eventually, Ofglen is discovered as a member of Mayday, and she hangs herself rather than enduring Gilead’s torture.

On screen: Alexis Bledel’ Ofglen gets a meatier storyline, which gives ol’ Rory Gilmore a chance to shine—she displays a surprising mastery of delivering subtext through little more than meaningful glances. The added information is both excellent and deeply sad. Ofglen tells Offred that she used to be a college professor, and that she recently attempted to escape to Canada with her partner. In the show, Ofglen is gay, which is forbidden. It adds an extra layer of horror when she is caught by The Eyes, Gilead’s secret police.

On page: Atwood provides very few details that hint at when The Handmaid’s Tale takes place or how long it has been since the U.S. dissolved into Gilead. This makes Gilead an eternal threat: the revolution could happen any time.

On screen: Flashbacks feature Uber, Tinder and artisanal coffee shops, making it far easier to situate Gilead in the modern era—perhaps just a few years from now. The Eyes also have earpieces and sharp black cars, instead of the horses and truncheons they use in the book. It’s an astute change: it’s a lot more terrifying for audiences to imagine Offred being taken out of today’s world than the distant past.