For nearly 40 summers, Canadian Stage has staged Shakespeare in High Park in a 1,000-seat outdoor amphitheatre. This season, they’re doing things a little differently: artistic director Brendan Healy has opted for a more inclusive approach, opening up the stage and lending a hand to a variety of local arts organizations. Here, he tells Toronto Life about putting the Bard on the back burner, the need for diverse voices in theatre and why Doug Ford needs to prioritize arts and culture on the road to recovery.

You had your first opening night in more than 15 months last week at the High Park Amphitheatre. Congratulations! How did it go?
It was fantastic! Well, actually, the Friday night that was supposed to be our opening got rained out and so we had to push it to Saturday, which was no problem. At this point we’re pretty adept at going with the flow—or the Covid pivot, as they say. The last time we had an opening night was March 2020, so to see a performance in front of a live audience was incredibly special. It was a performance by Parkdale’s Small Worlds Music, which brings together sounds from all over the world. It felt right for the moment. People were literally beaming in their seats. For the performers, it was a chance to finally be back doing the thing they love. One reason we decided to do things a little differently this year was to give many different artists the opportunity to return to the stage.

There was also a name change, from Shakespeare in High Park to Dream in High Park.
That’s right. For nearly 40 years we’ve put on Shakespeare every summer, but this year we decided to go in a different direction. Logistically, Shakespeare requires several weeks of rehearsal, which restrictions didn’t allow for. Even more than that, we wanted to collaborate with other organizations and to contribute to the greater arts ecology in the city. We are so lucky to have access to a beautiful and unique outdoor space that is so well-suited to the times. We felt like now, more than ever, it was critical to share that good fortune. 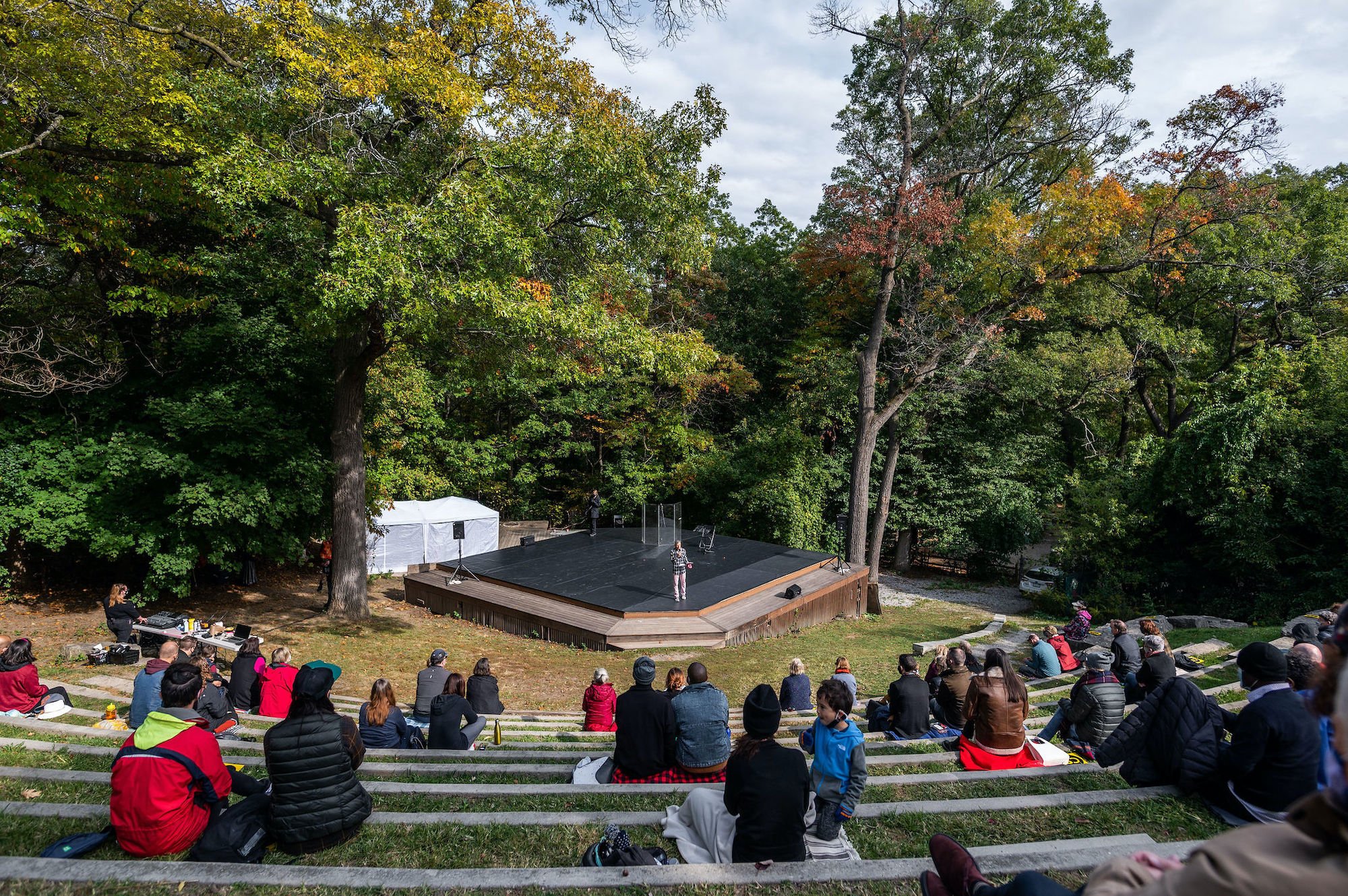 So you weren’t tempted to hoard the space all for your own company like some evil Canadian theatre overlord?
Ha! Right, because the tycoons of the world go into Canadian theatre. The pandemic has inspired greater collaboration between arts organizations, but even before Covid, we were starting to think in this direction. Every year we do surveys of our audiences, and people have said, “We love Shakespeare, but we’d also love to see other stuff happen in this space.” And, of course, now more than ever we realize the importance of diversity of storytelling and whose stories get told.

With all due respect to the Bard, I’m guessing that’s easier to achieve when you open up your programming beyond the works of one particular white man who lived 400 years ago.
I think that’s fair to say. Shakespeare is a glimpse of the past, and when I was thinking about this year’s programming I wanted to focus on how we can be together in the present and dream about the future. Our programming this season includes Mukuthô, the world premiere of a dance performance that takes inspiration from an ancient Mozambican ritual; and Maggie & Me, a celebration of the legacy of women as healers in Anishinaabe communities. We have a play—Is My Microphone On?—about the consequences of climate change put on by students, and a musical that looks back on the 2003 blackout. These are the people and perspectives that I want to reimagine our post-pandemic world with. Maybe there will be a time to return to Shakespeare. For now we are focused on this season.

What kinds of Covid safety protocols have you added?
Our seating is organized in pods to maintain distancing. We have staggered entrance times to avoid people congregating. Tickets are pre-registered and then, of course, we have lots of sanitation stations. Our crews are also divided into pods to simplify contact tracing. The move into Stage 3 will allow us to incrementally increase our capacity, which is currently at 10 per cent, or around 100 people, but we are still very committed to prioritizing safety.

So no mosh pit protocol then?
Ha, no. Our audiences have been very enthusiastic so far, but in more subtle ways. Lot’s of applause, often while standing and the occasional bravo. 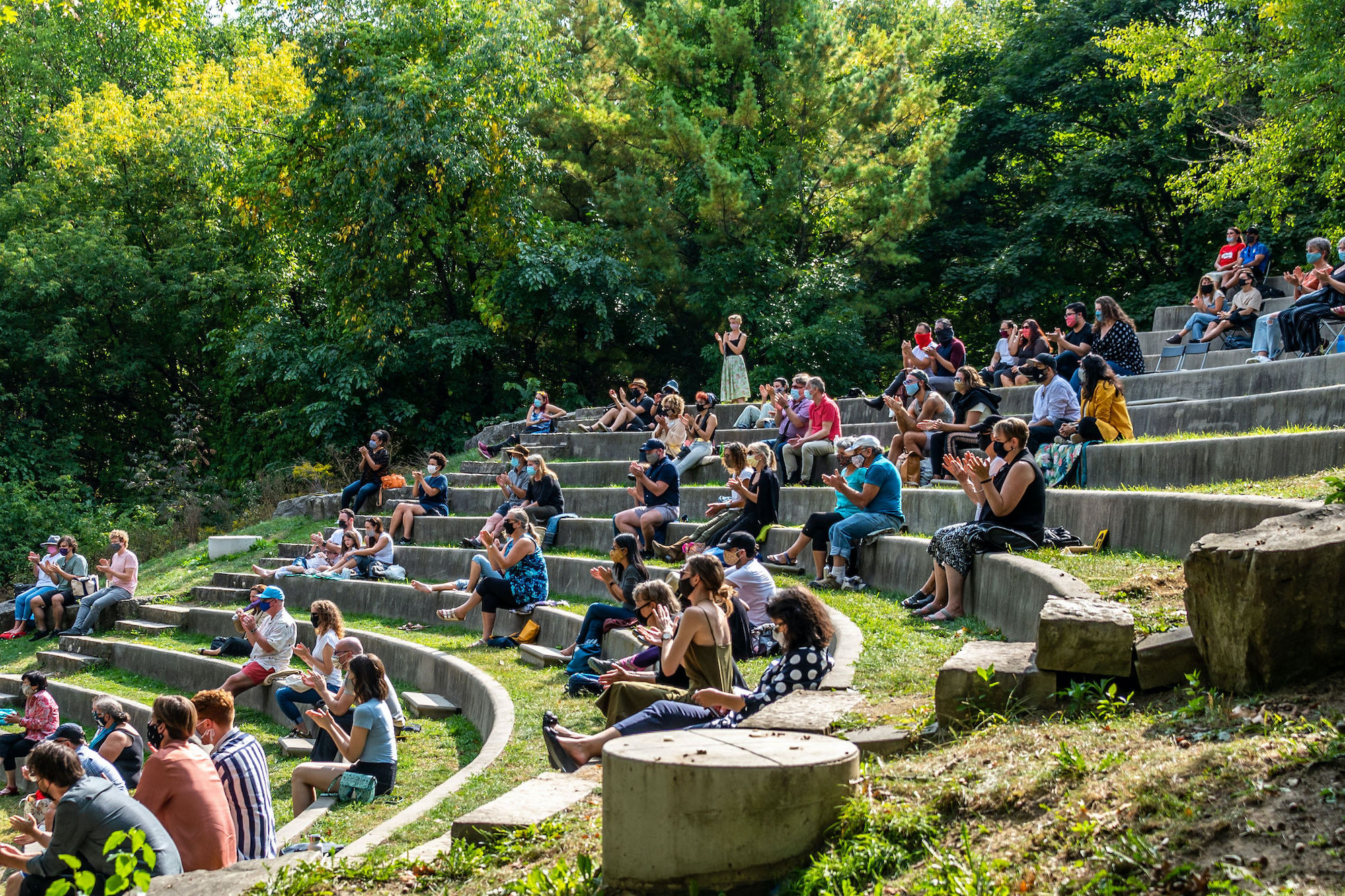 Was there a time this spring when you worried you might not be able to reopen?
It was definitely a concern. The government didn’t seem to be speaking to the live performance sector in its reopening messaging. When they finally started to include us, the details were super-vague and didn’t reflect the reality of our industry. We only had a few days’ notice when we were were allowed to stage outdoor performances. Of course, we were happy, but all of our costs are upfront and it’s a huge risk to commit to spending when we don’t even know when and if we’ll be able to open. If you look at other big theatre cities like New York or London, they are putting arts at the centre of recovery, which means longer runways and more stability. It’s about art but it’s also about economic recovery, and how the arts sector can bring people out to restaurants and jump start the reopening.

Might things have been different if Doug Ford had more theatre-loving buddies?
Regardless of his own personal preferences, someone in his position needs to speak to the different types of people in the province. A statement from our leader supporting the arts and artists and recognizing the critical role that arts play in our society would be so meaningful. And we’re not seeing that.

Stage 3 will kick off this Friday. Does that mean we will be watching live theatre inside soon?
For the time being, we’re focused on our outdoor programming at Dream In High Park. We are thrilled to be progressing towards reopening, but again, the news came fast. As always, we are adapting quickly to an ever-changing situation. We hope to have a longer planning runway for subsequent reopening stages. 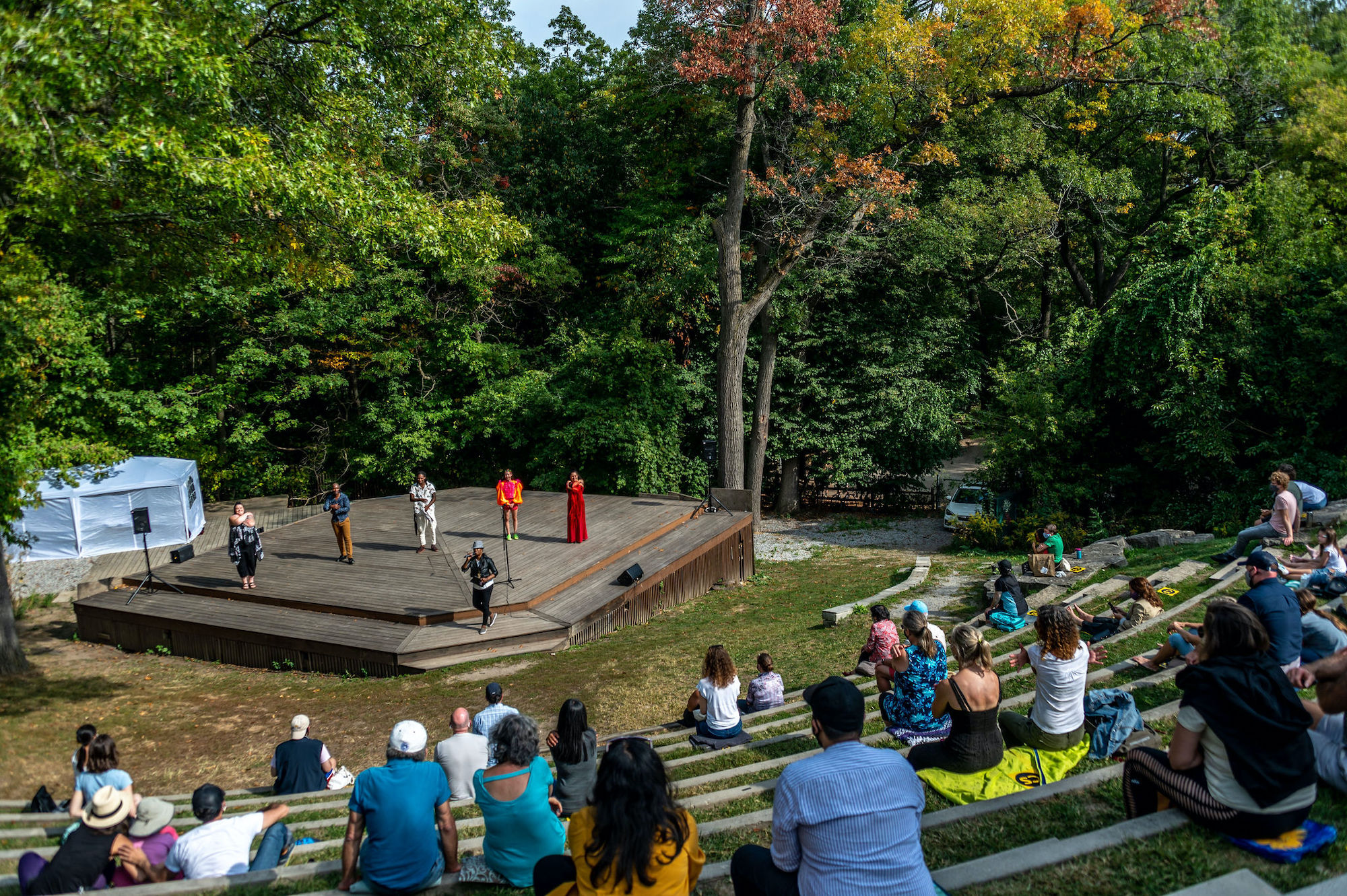 And on the bring side, doesn’t adversity breed great art? Shakespeare wrote a lot of his best work during the plague.
I believe he wrote King Lear during a plague.

So the coming months will be fruitful, artistically speaking?
Yes, and I would say we have seen the incredibly enduring spirit of creativity over the last 15 months. There are so many examples of innovation: we had Marie Chouinard’s Time for Time, where dancers spontaneously interpreted stories that live audience members told them over Zoom. We did a virtual event with Buffy Sainte-Marie that was built around three books that she loves. We even hosted a series of performances over the phone.

The other thing is the role artists can play in social advancement. The pandemic was like driving a car and slamming on the brakes, and all of the stuff in the back just came flying into the front. We’ve had to confront a whole network of issues—including questions about inequity, social justice and climate change—and one of the things artists do really well is to unify fragments. As we move out of the pandemic, I think artists will weave all of these things together and help us to find a way forward.

This interview has been edited for clarity.