The Cree artist Kent Monkman has made a career out of gleefully skewering conventional representations of First Nations culture. He creates lush Canadian landscapes where cowboys get it on with indigenous men, depicts goddesses like Minerva and Danae as burly Indian braves, and performs as Miss Chief Eagle Testickle, a two-spirited drag queen who wears sequins and high heels. In his whimsical new exhibit at the Gardiner Museum—titled The Rise and Fall of Civilization—Monkman replicates a 19th-century buffalo jump, the steep cliff that was once used to hunt bison en masse by chasing whole herds off the ledge to plummet to their death. The installation is Monkman’s first foray into ceramics, and it riffs heavily on Picasso’s Bull’s Head sculpture and The Bull drawings. The giant sculpture resembles a museum diorama, but it’s packed with cheeky, campy touches: Miss Chief poses and vogues on the cliff, surrounded by prancing metallic bull silhouettes. The show runs until January 10 at the Gardiner. Here, a closer look at how Monkman created the work. 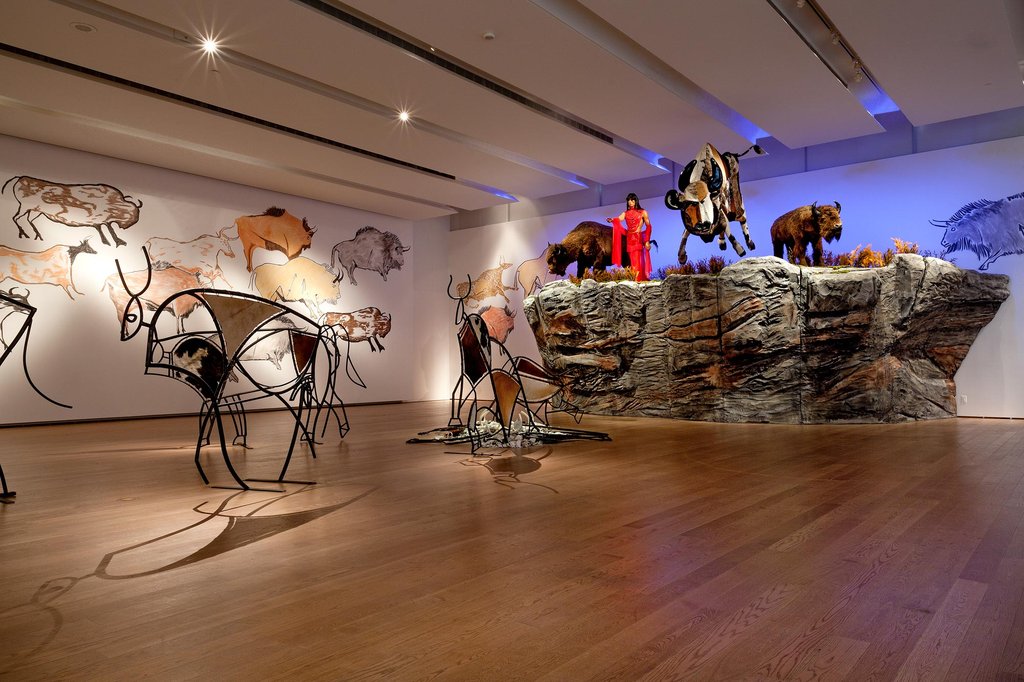 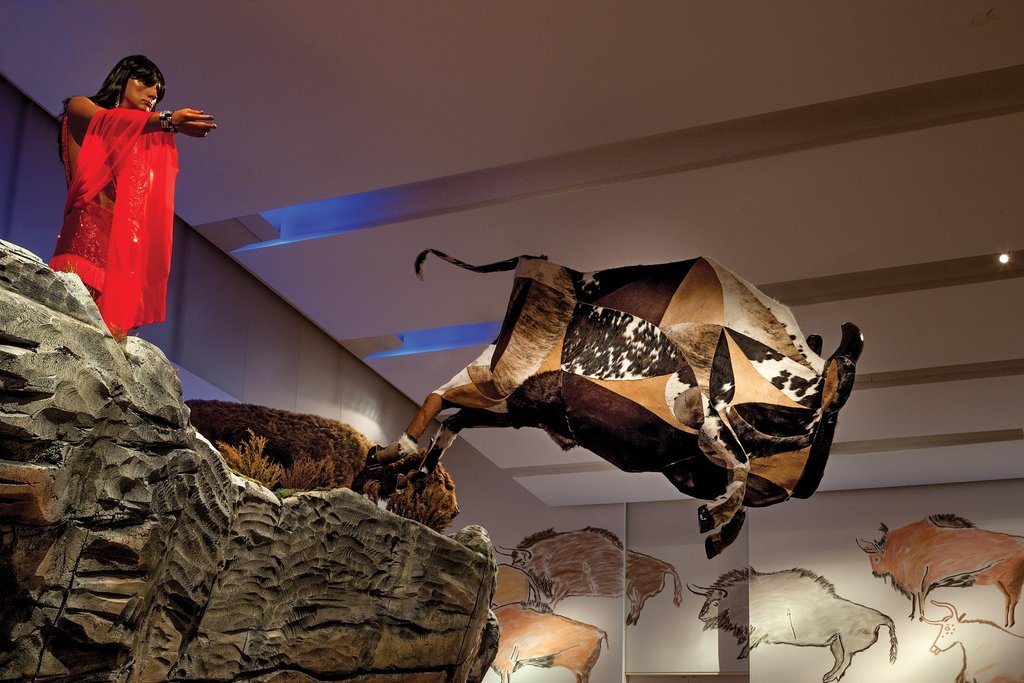 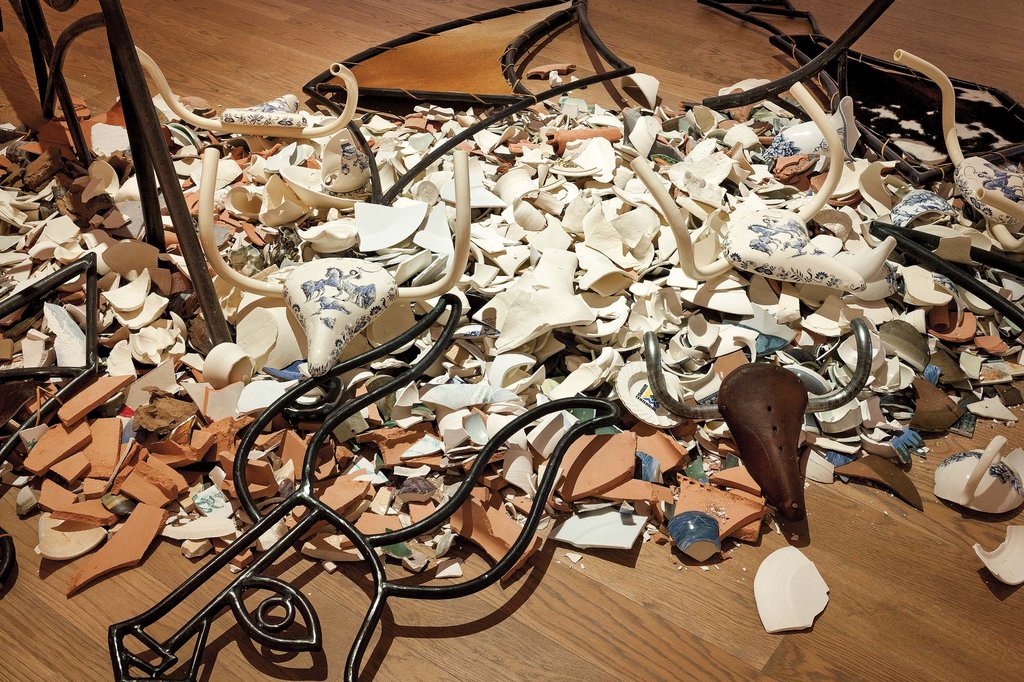